Epicenter to the Indian Ocean Tsunami 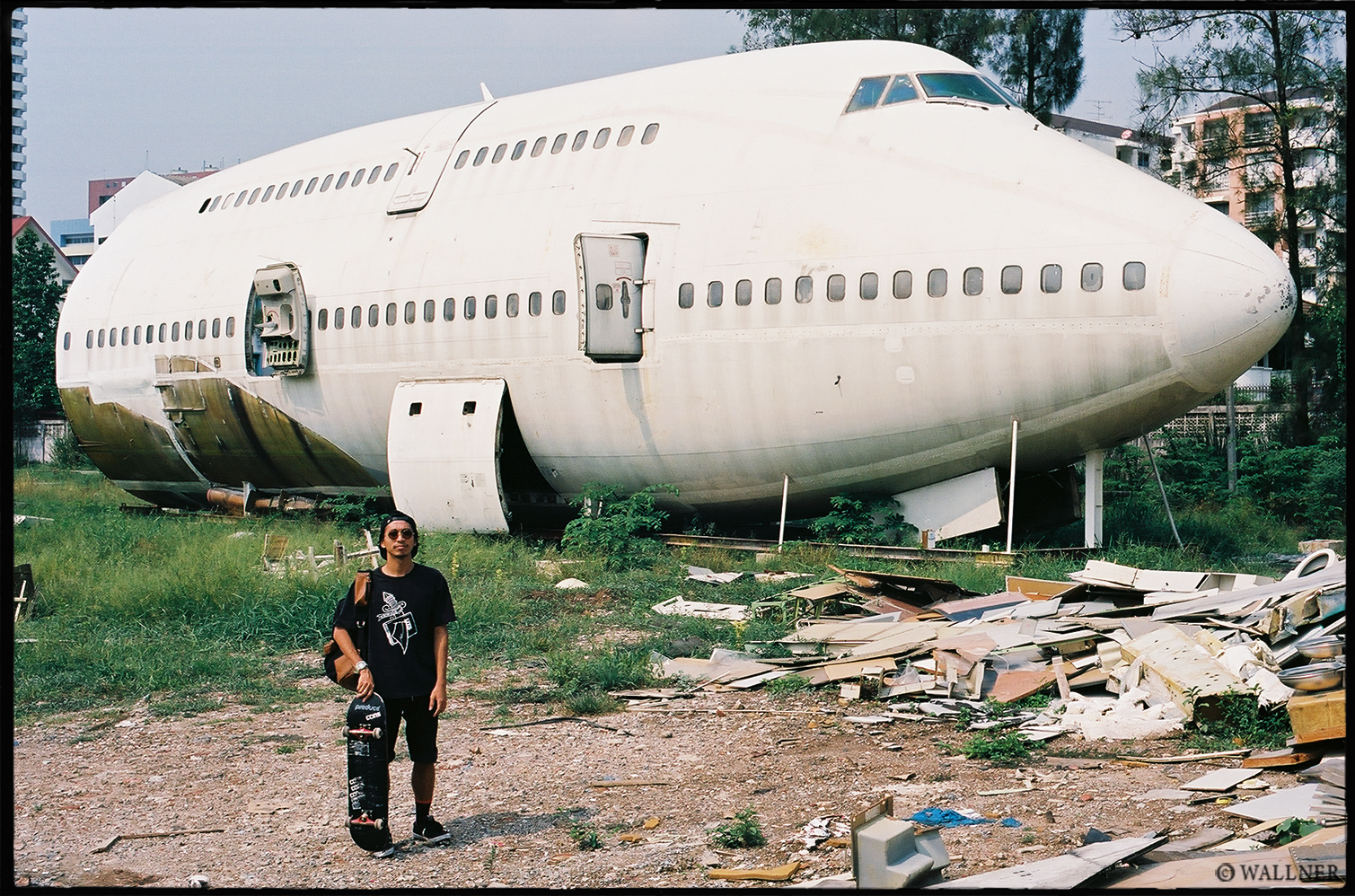 Back home in Bangkok, Tao and I bumped into an junk yard with an airplane being assembled . 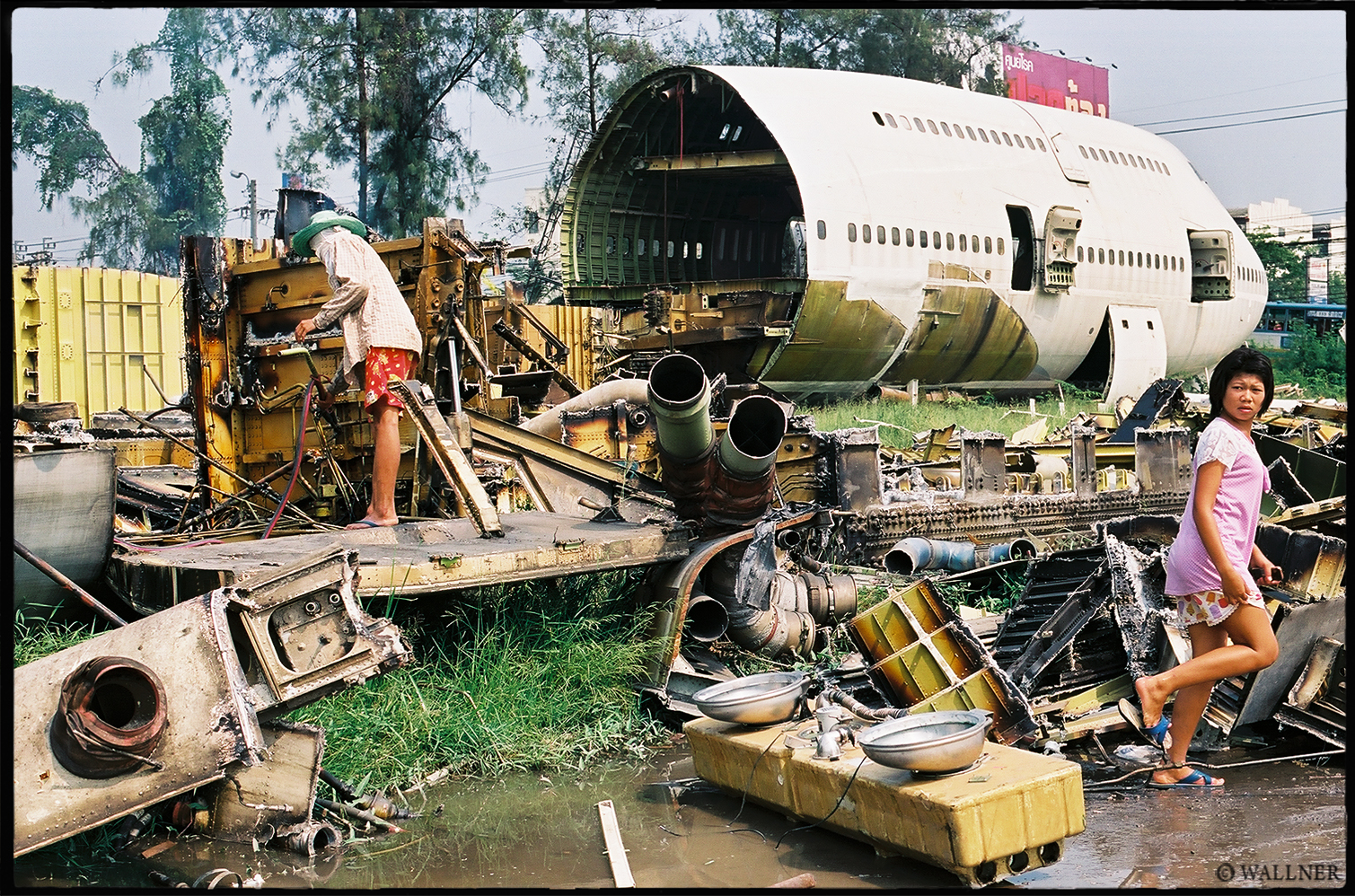 A new Boeing 777 usually goes for around 200 million dollars… I bet the used remains are worth the tiniest fraction. 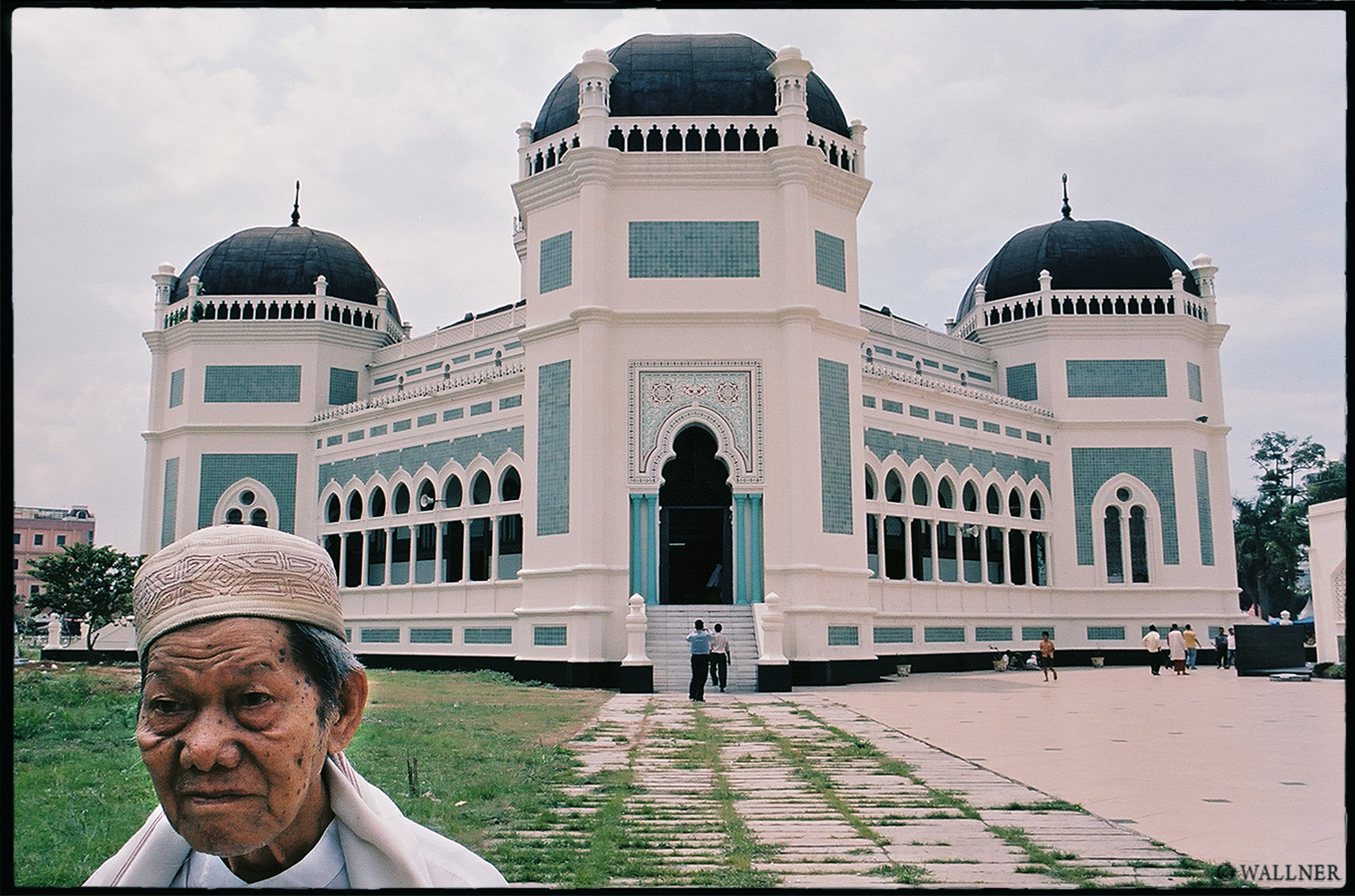 Once again I needed to exit the Kingdom of Thailand to renew my visa. And the cheapest AirAsia return flight this time was…. Medan! The capital city of the Sumatra island of Indonesia. 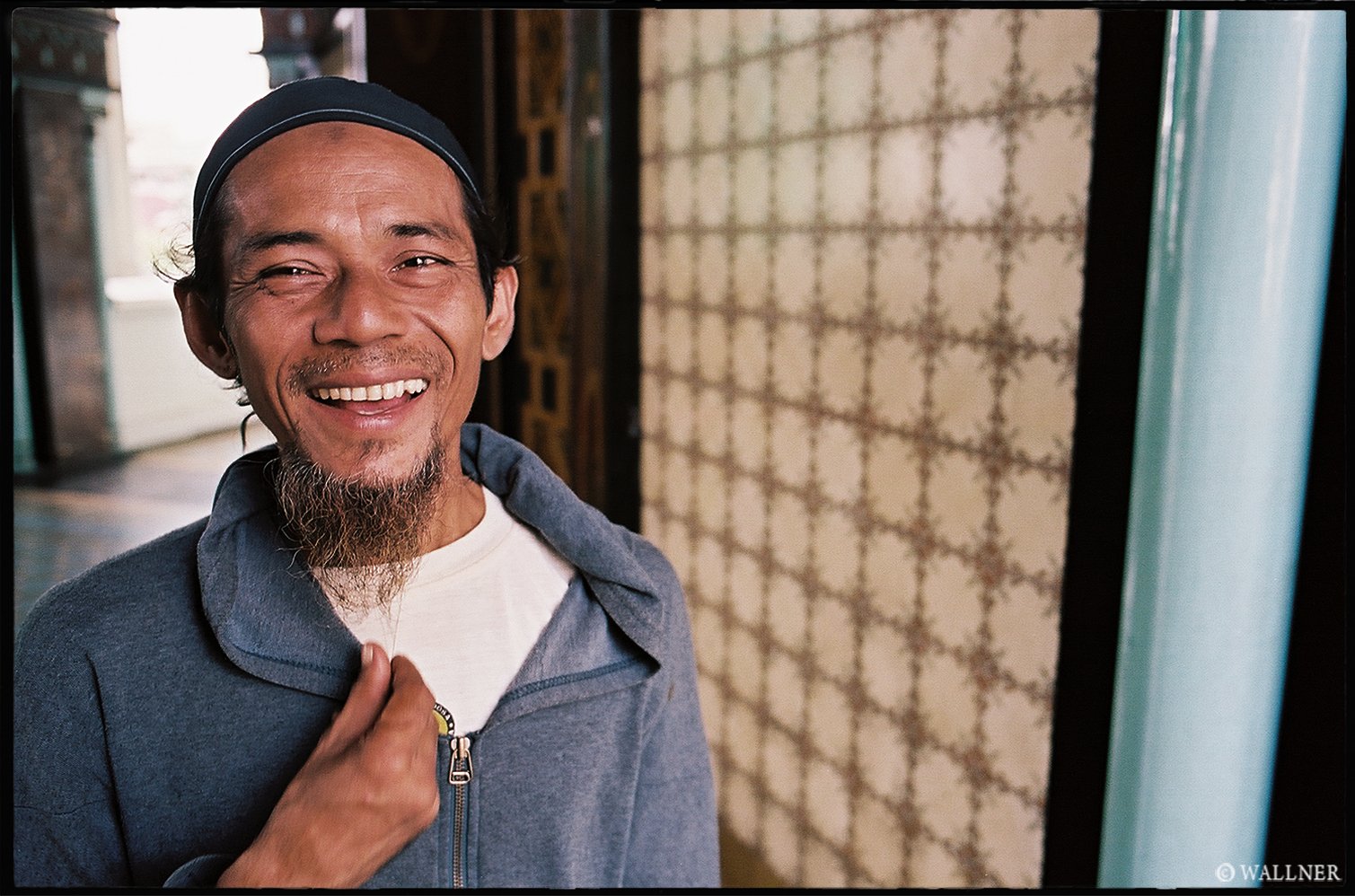 The Republic of Indonesia is a combination of over 17,000 islands which spread over 2,830 kilometers (in length) with an astonishing population of over 238 million people from which 202 millions are Muslims. 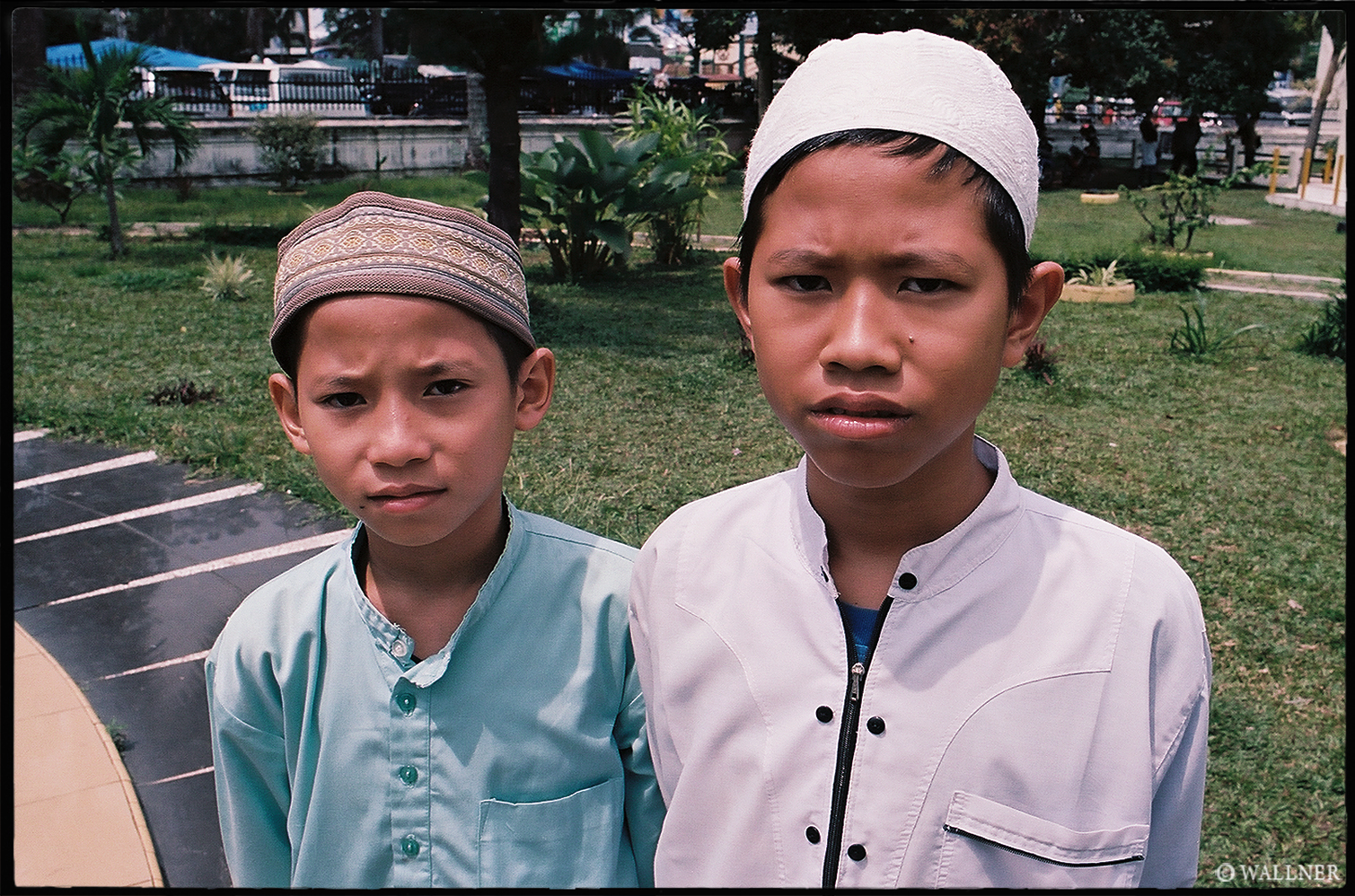 The name Medan originates from the Saudi Arabian holy city, Medina. This now modern city developed & established its name after the Dutch used this area for tobacco plantations in the mid 19th century. I wouldn’t recommend visiting Medan for ones holidays, but it was worth it for me to take a peak into the Grand Mosque and meet some nice Indonesians like Nita, who walked me through the streets of Medan before my late afternoon flight to Banda Aceh. 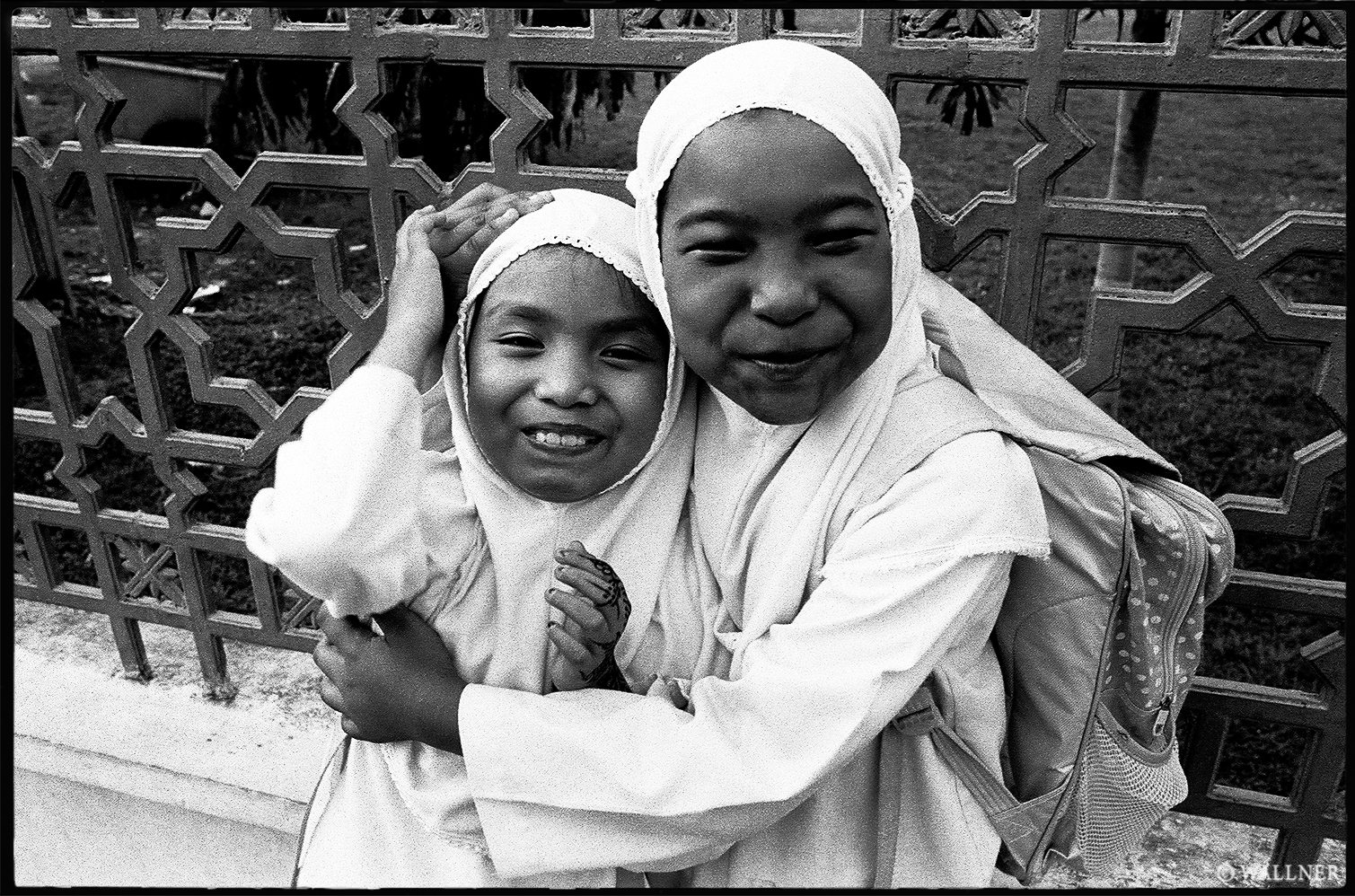 Banda Aceh lies on the most northern point of Sumatra. I spend a night in transit roaming around the city before heading to my final destination, Pulau Weh, along my quick four day visa renewal/holiday get-away. 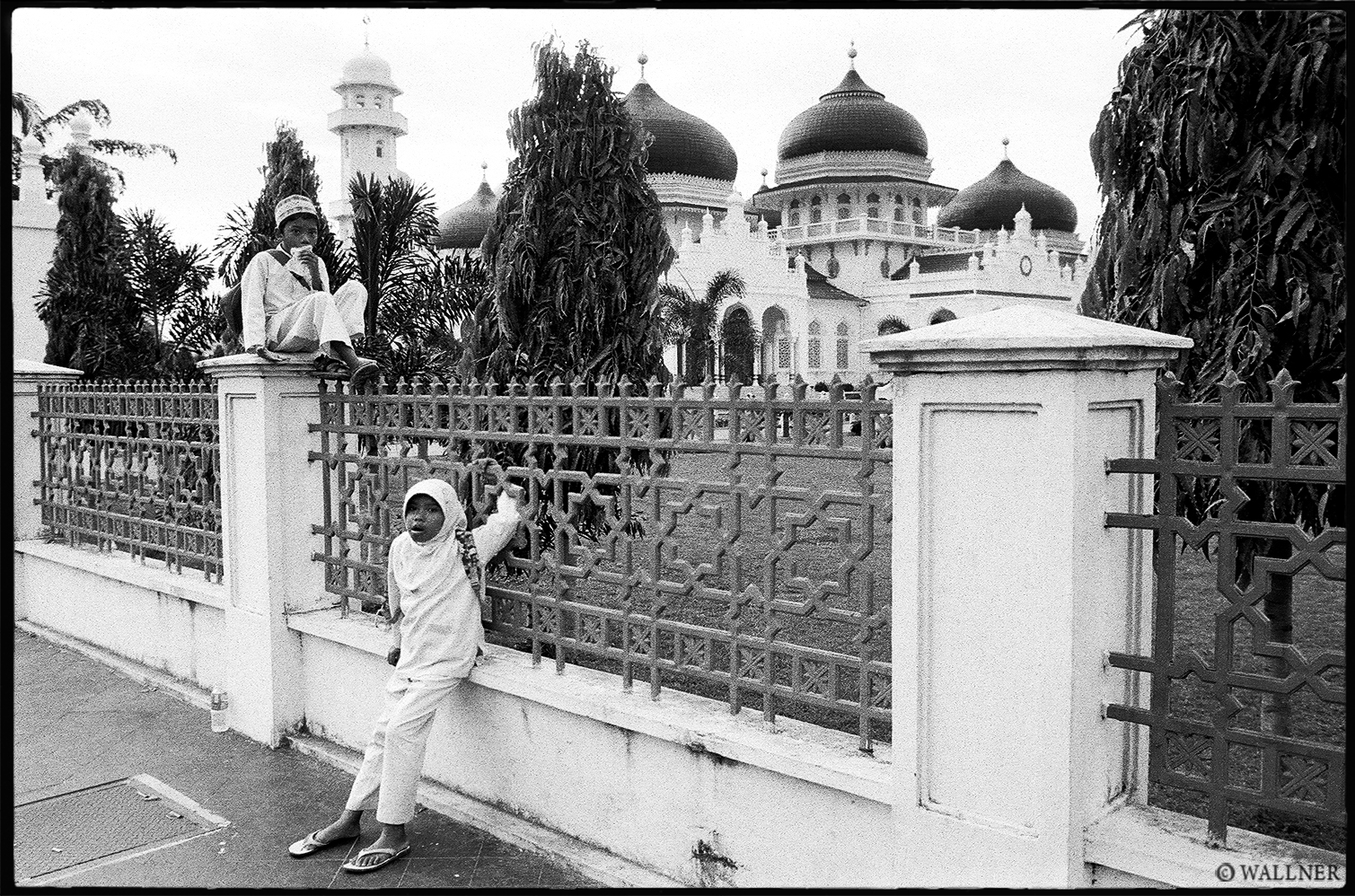 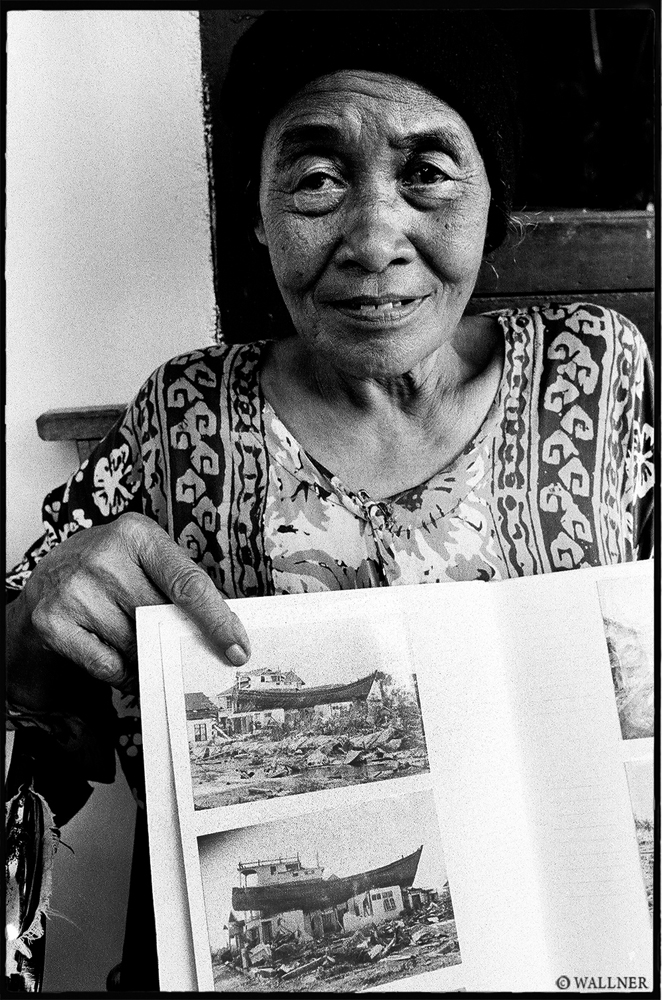 I assume everyone still remembers the horrifying Tsunami that struck Thailand, Sri Lanka and Indonesia during the Christmas holidays of 2004. With Banda Aceh being the closest city to the 9.3 magnitude earthquake’s epicenter, it got hit most severely, resulting to over 167,000 casualties. During my venture through the city, I befriended a couple locals, and most of them had a mother, father or child die on that sad day. It seems like everyone was effected in some way or another. The friendly older women above showed me a book with photos of a boat which crashed on top of her house. 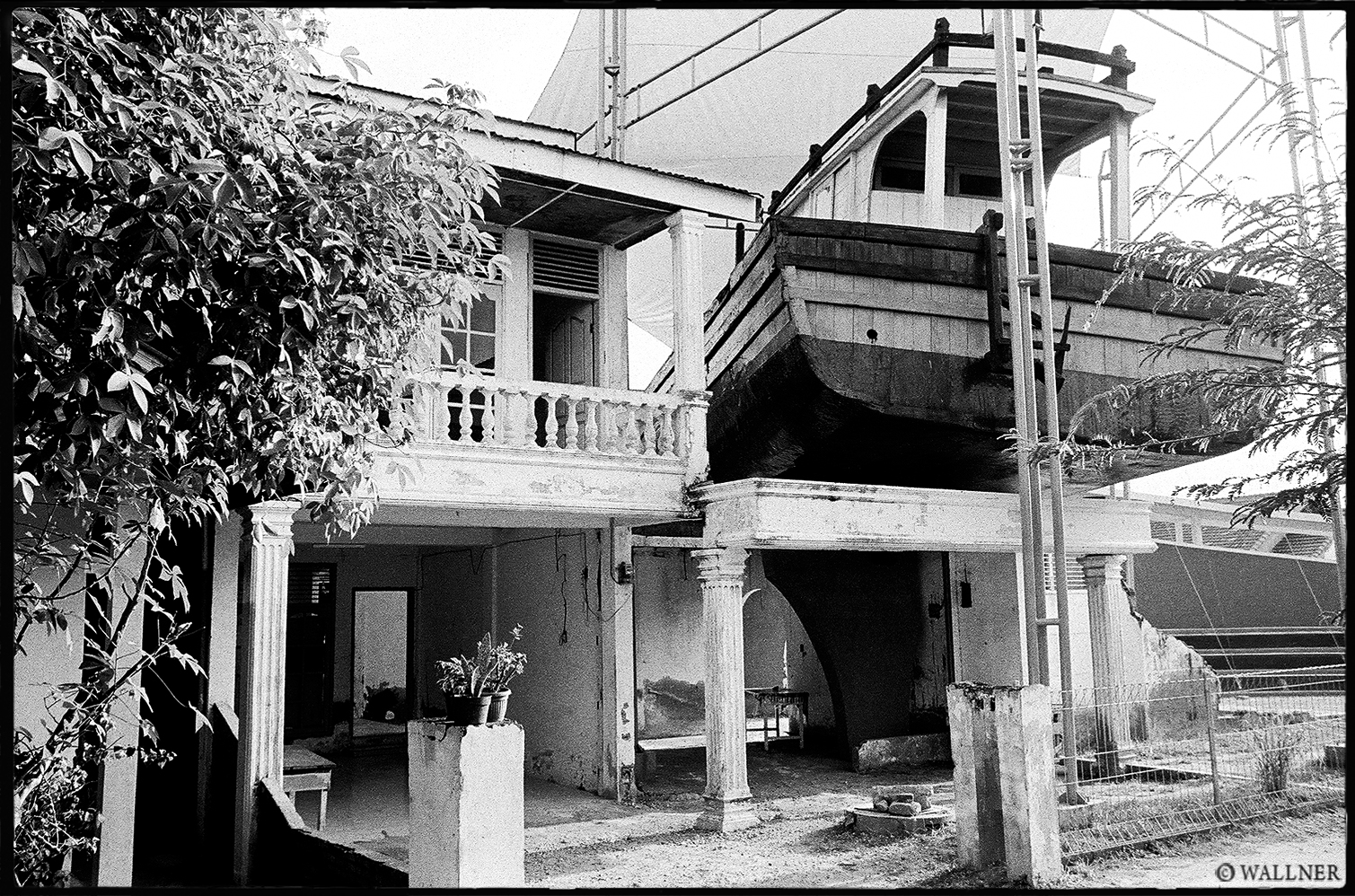 Neighbors with a ship… 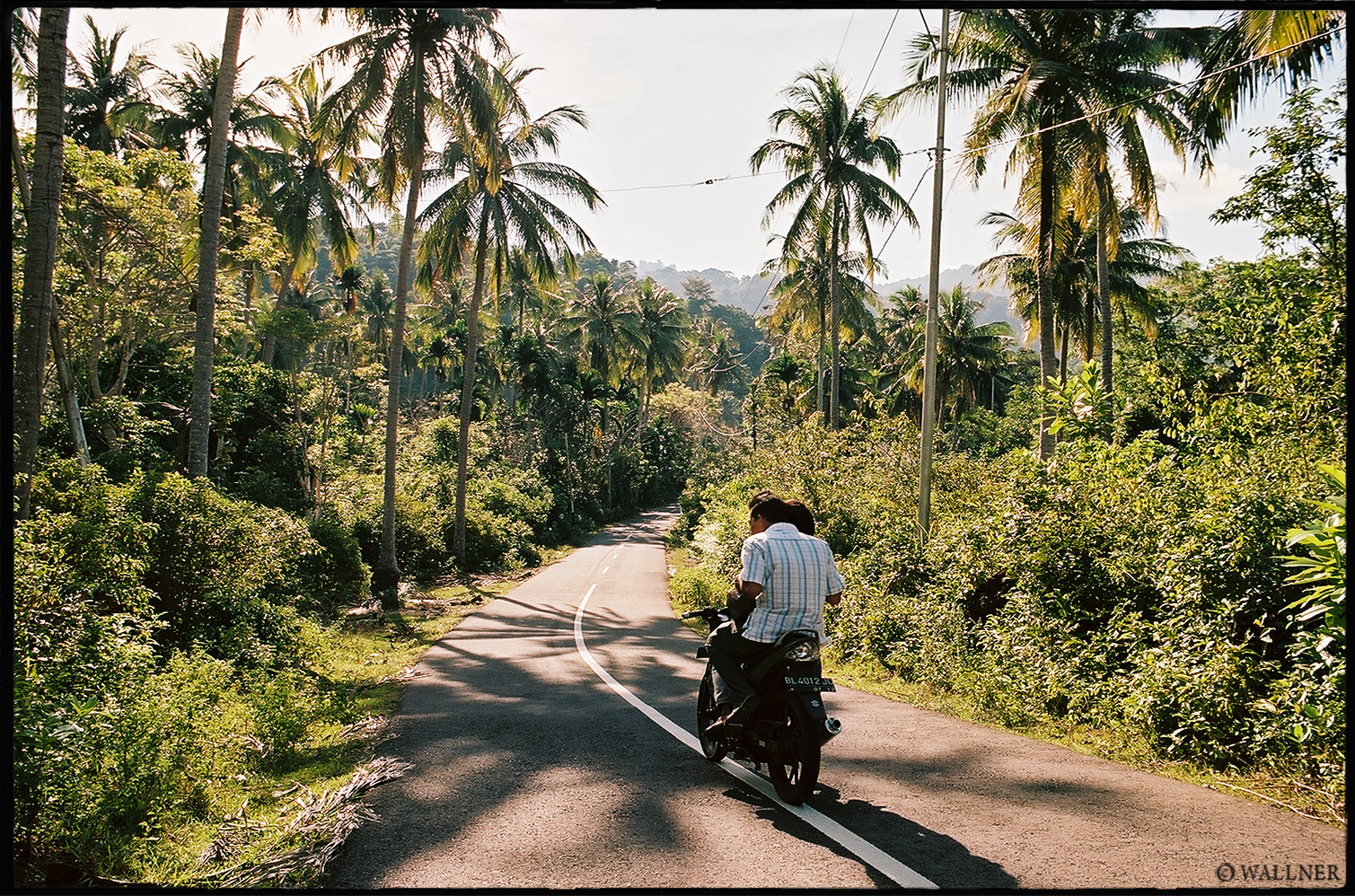 Reached Pulau Weh Island after two days of flights, buses, fairies, motorbike rides (including one where the driver wheeled over a small goat by accident & somehow managed to not crash). It was time to relax and read an interesting book regarding Saudi Arabia! 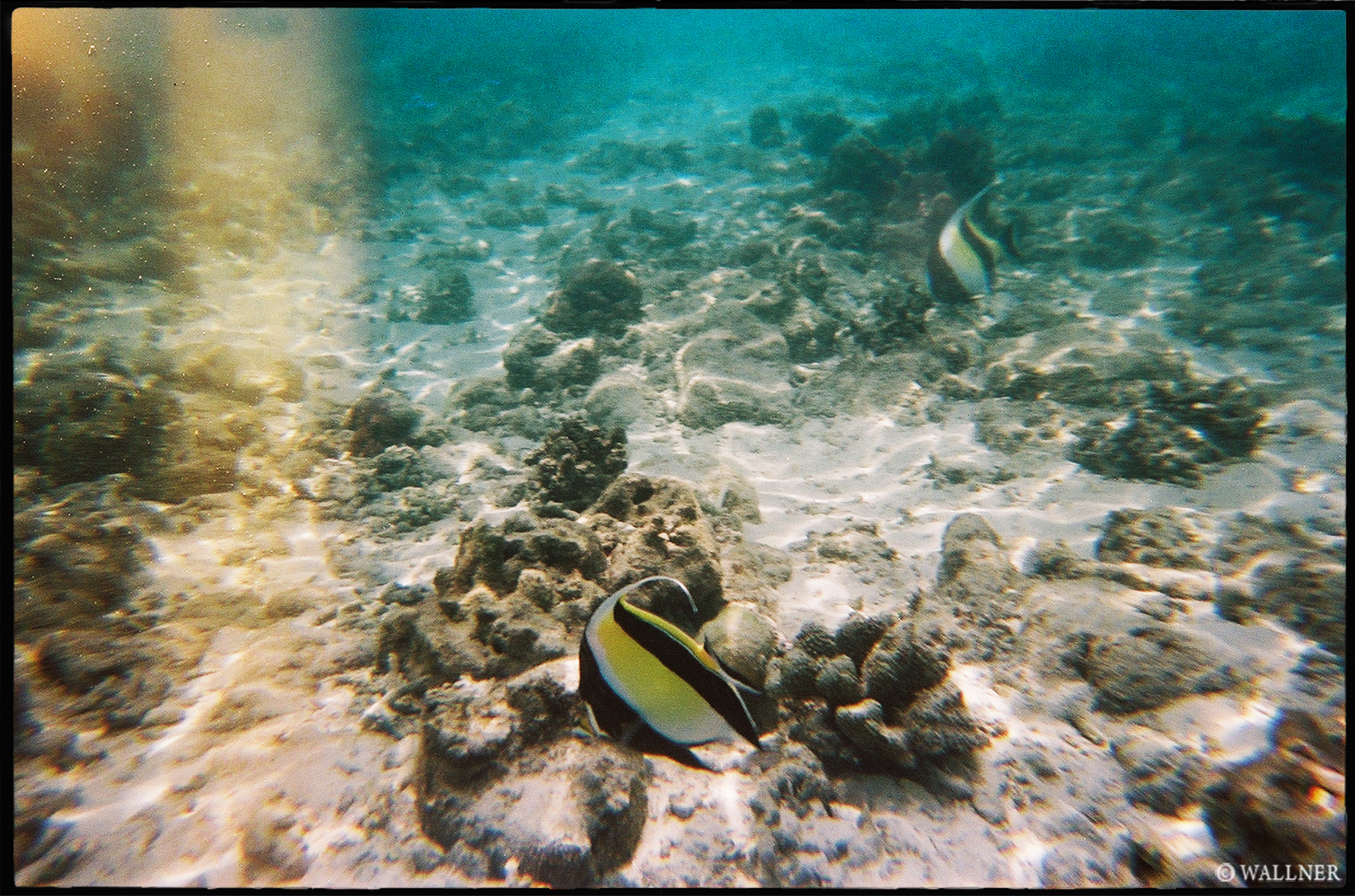 I been carrying around my cheap underwater camera since my last snorkeling experience on Koa Tao with the LRG crew. Out of thirty-six frames maybe two turned out fairly pleasing, and they still somehow manage to obtain major light leaks. 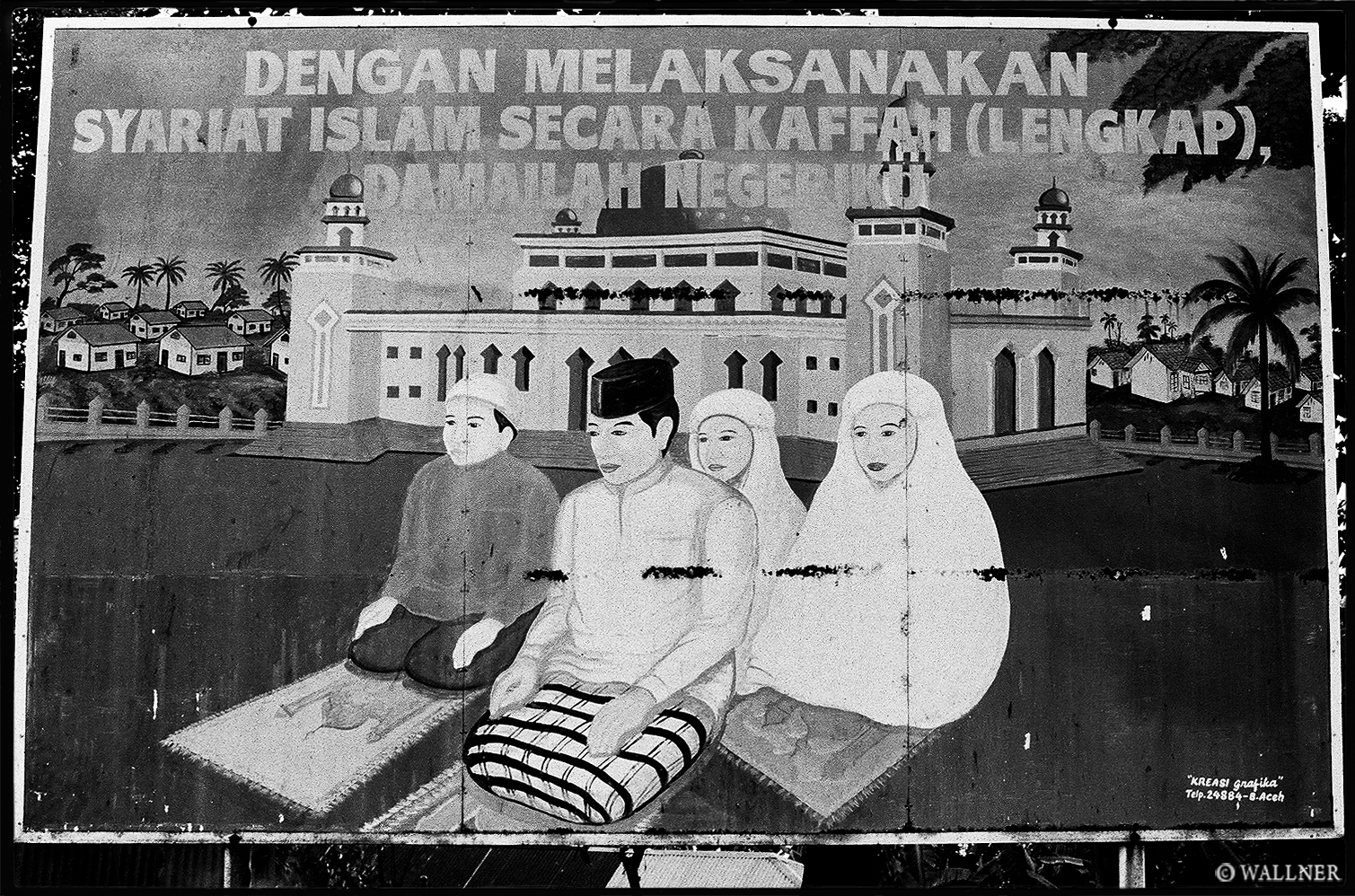 …and the funny kid, all survived the 2004 Indian Ocean Tsunami. 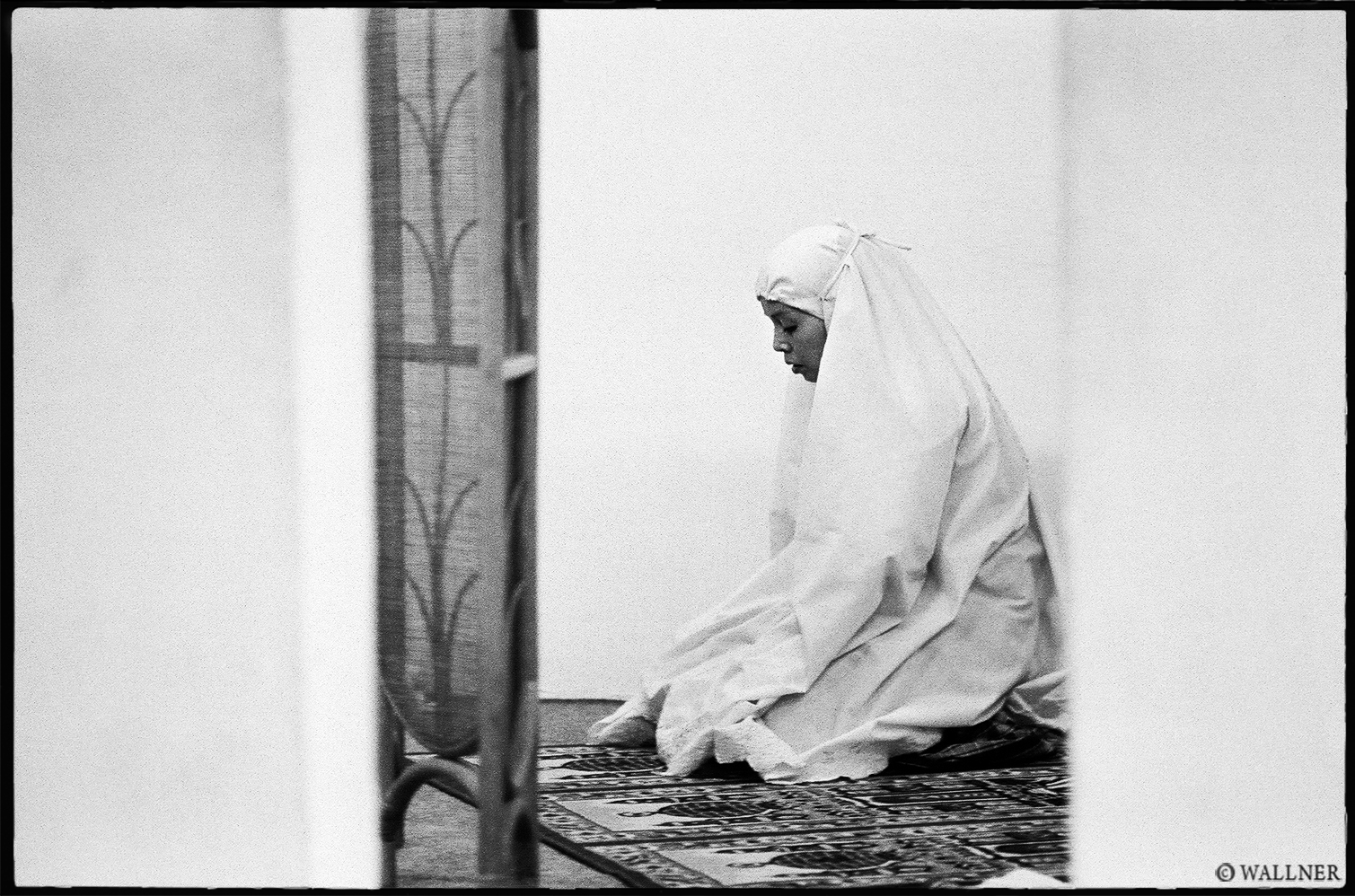 The returning route back home from Palau Weh island wasn’t a pleasant one. Taking an hour motor cycle ride to the port, a two hour ferry to Banda Aceh, and a twelve hour sketchy bus ride to Medan was quite exhausting. All I wanted to do is sleep when I arrived in Medan around sun break. I wasn’t willing to pay for a hotel room at full price for an eight hour sleep till my flight to Bangkok departed, which resulted to a sleepy walk through the streets of Medan trying to find a public place to catch up on my nap. At first I tried to fall asleep at a local Donkin Donuts, then tried a bench outside of the airport, and finally agreed myself on the idea to sleep in a mosque. At the first one I got rejected by a fellow Muslim who kindly said I could not enter the house of Allah if I wasn’t dedicated to Islam. Found another mosque after walking twenty minutes, at which point I didn’t bothered asking just entered and laid down & slept on a rug until my departing flight.