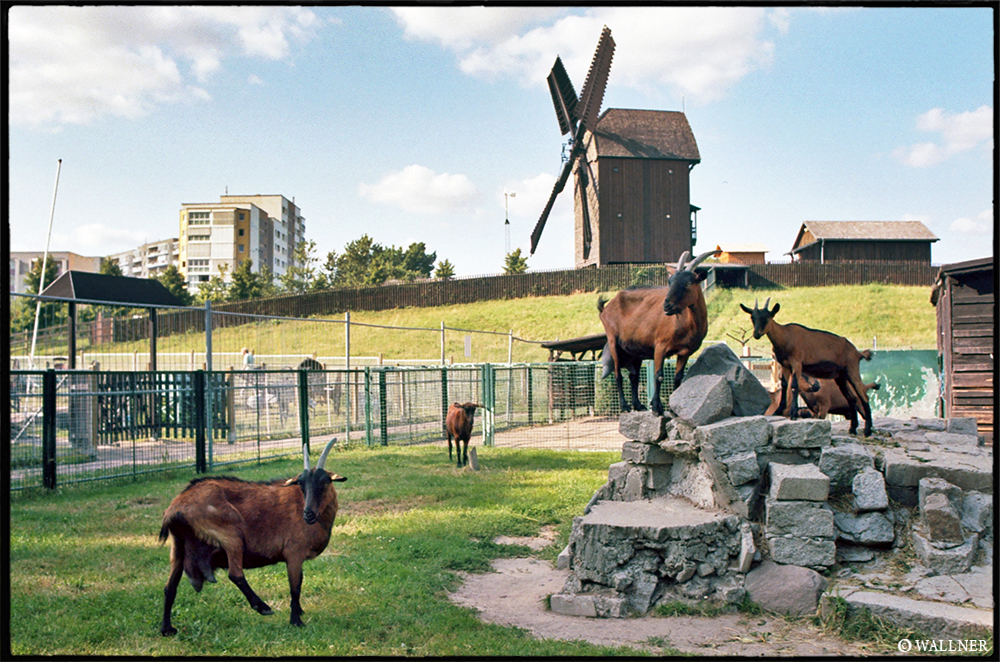 Berlin, Germany was the next pit stop for a good three and a half weeks to film a clip with Michael Mackrodt. 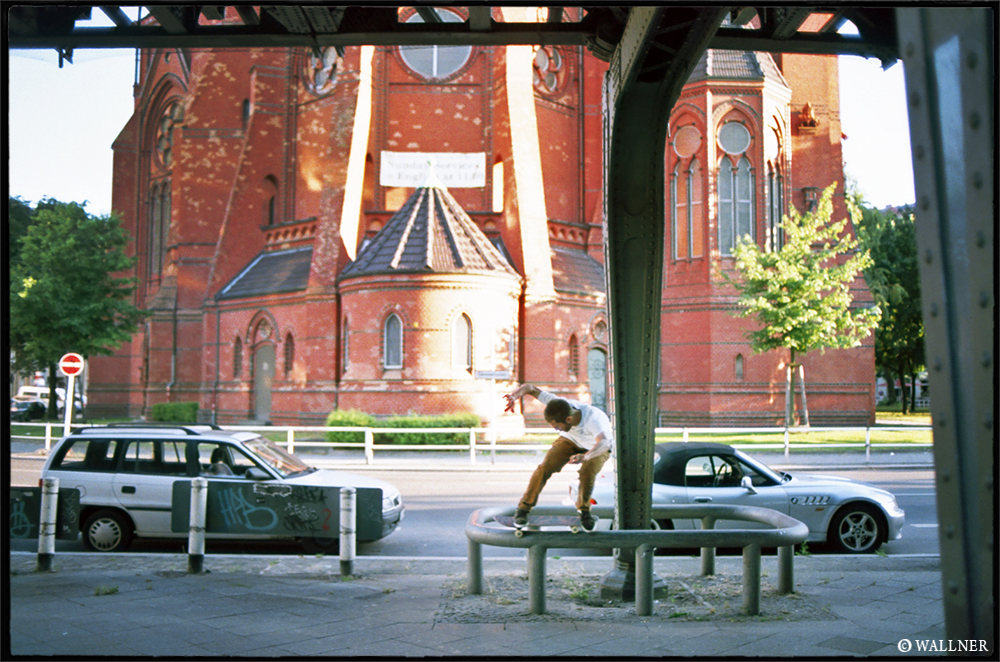 Literally everyone was in Berlin for the Bright Tradeshow. Even Gosha from Moscow came over with the Absurd team to represent the motherland and grind some pipes by churches.

After solving the water crisis in Mongolia, Tobias Ulbrich has returned to Berlin to woop Michael Mackrodt’s ass in tennis once again. 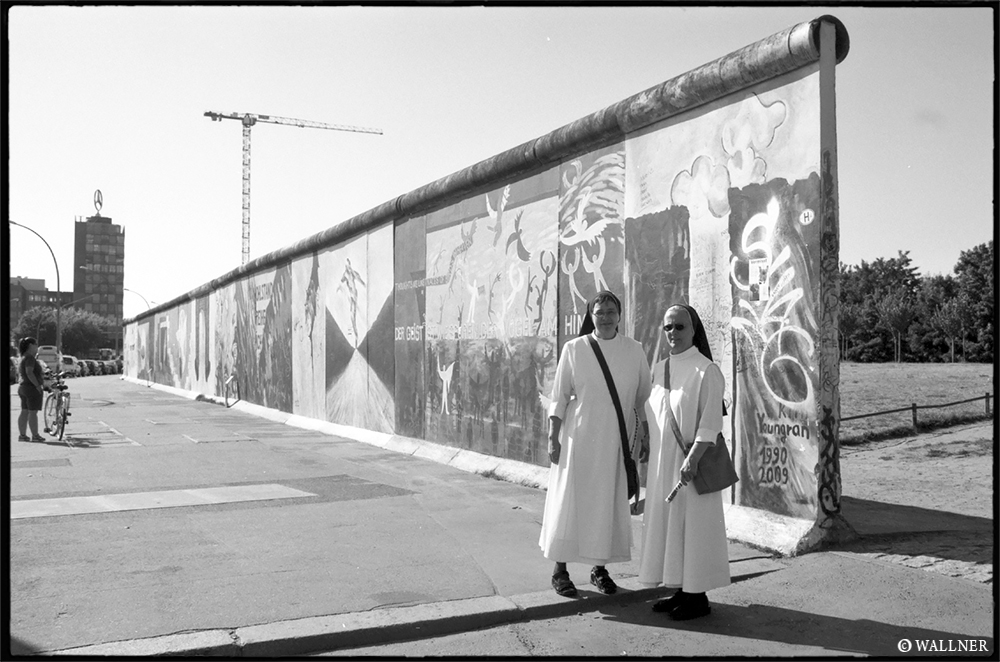 Nuns at the Berliner Wall. 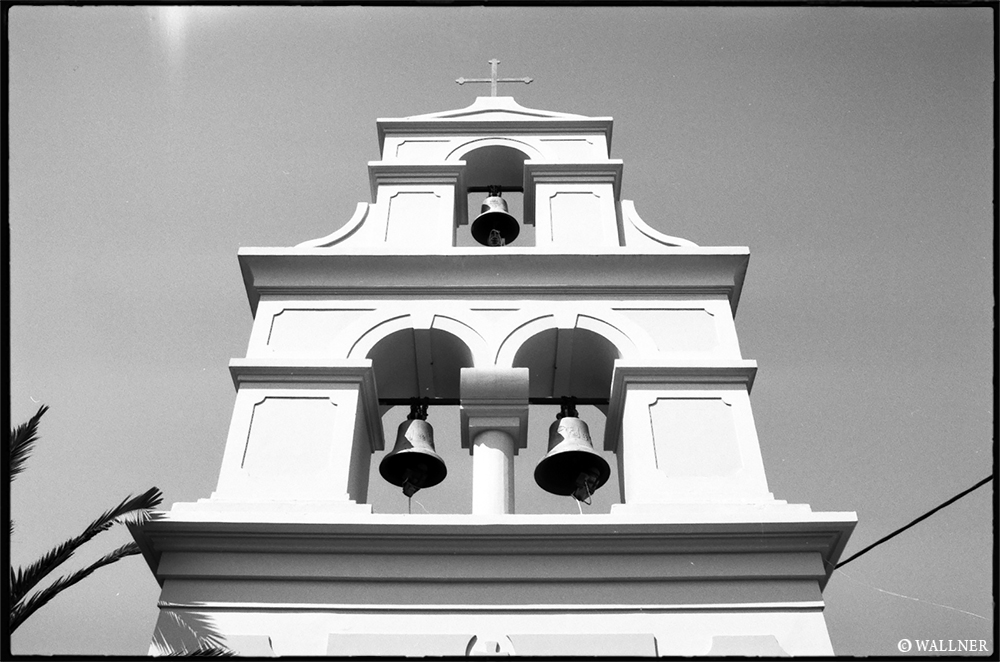 After three weeks from filming holiday I needed a proper holiday which involved a cheap flight to Corfu, Greece, my Nikon F3, some black and white film and a book to read, which ended up being a last minute flee market purchase of a novel called ‘Tokyo‘ by the crime writer Mo Hayder. 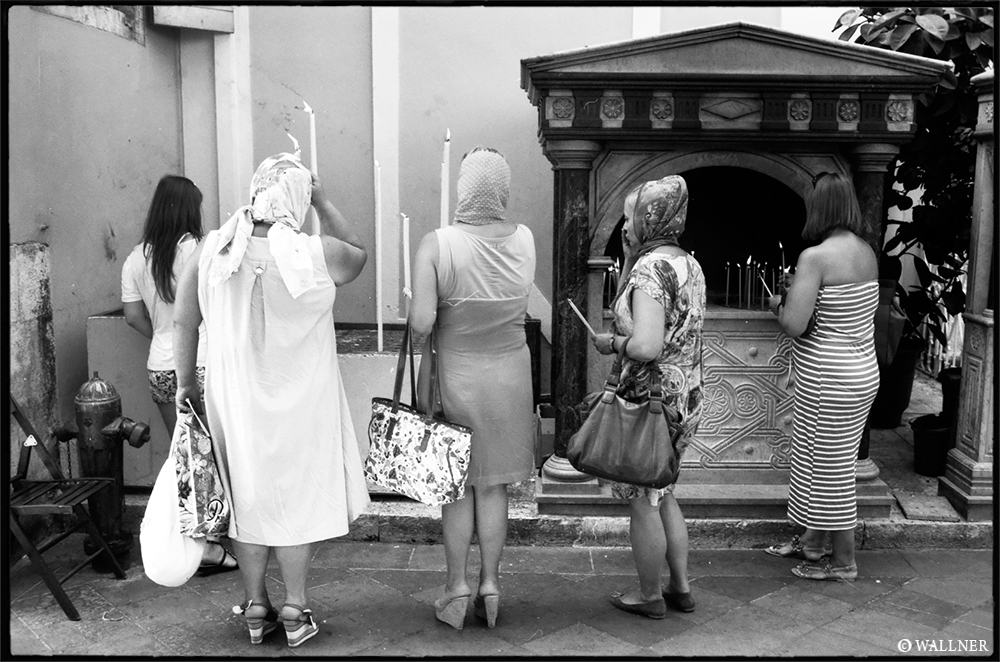 My mothers name, Nausikaa, originates from the island of Corfu. My mother always said that she has never met another who bears her greek name which is also based on a character in Homer’s Odessey book. 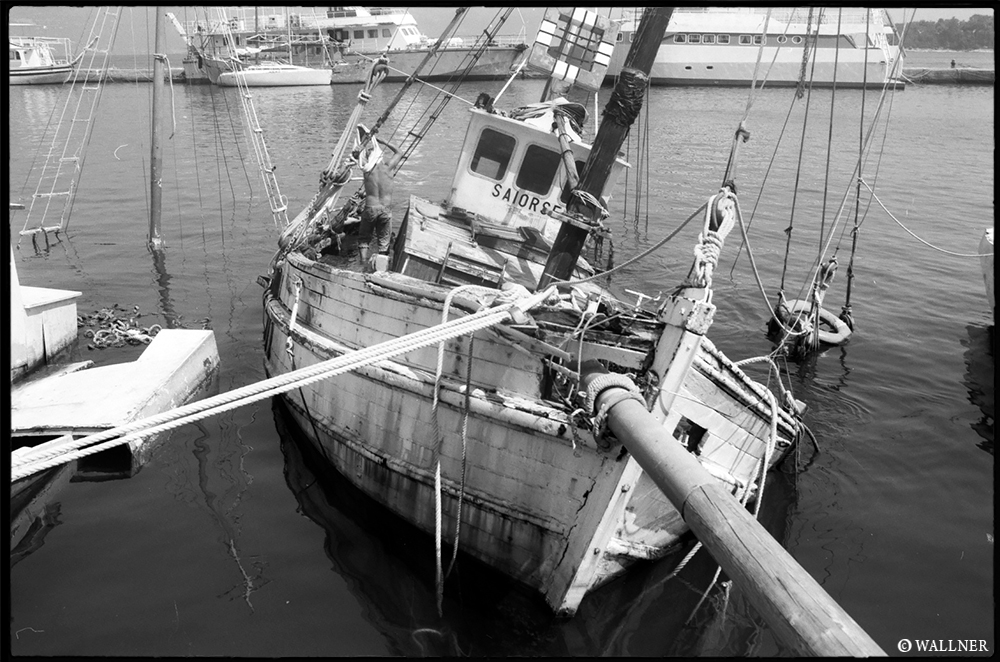 Nausikaa means ‘burner of ships’. I guess my mom left some traces. 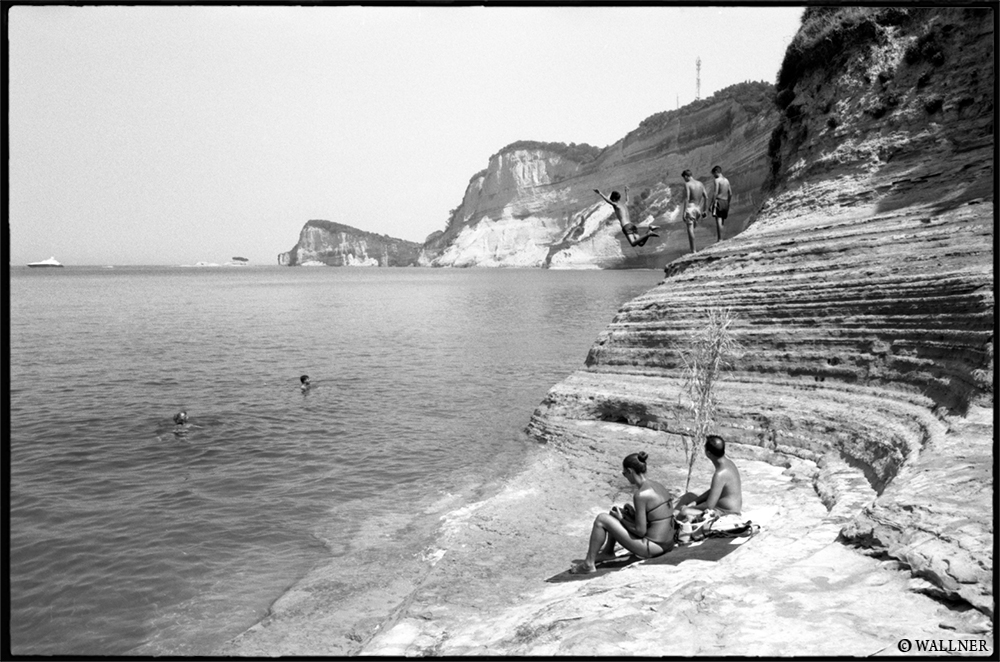 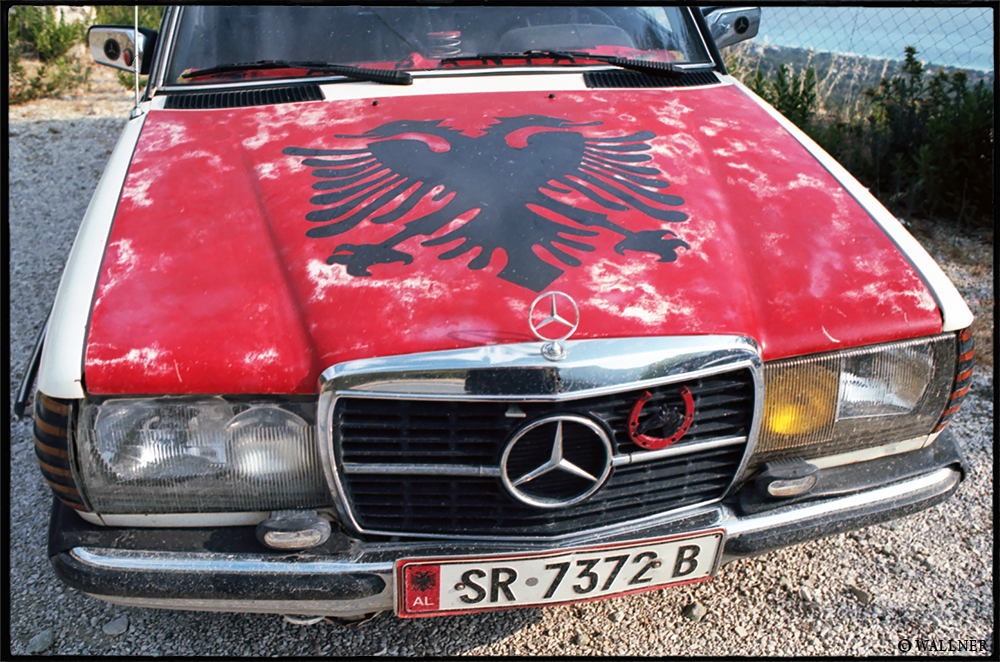 Heading on from Greece the next stop on my summer Balkans road trip was the formidable Republic of Albania. Albania has had a magnetizing pull of curiosity for me since around the time of the Kosovo War in 1999, mainly resulting from my best friend in middle school being an immigrant from Albania. I didn’t quite acknowledge the concept of nationalism back then, but I remember the double-headed eagle strongly positioned in the center of the red flag representing sovereignty, was ingrained into their Albanian living space on the Upper East Side of Manhattan with adherence. As Vexillology tends not be any child’s forte, it was though fairly facile remembering the eagle with two heads. After crossing into Saranda, it felt like I was in my childhood friend’s living room again. 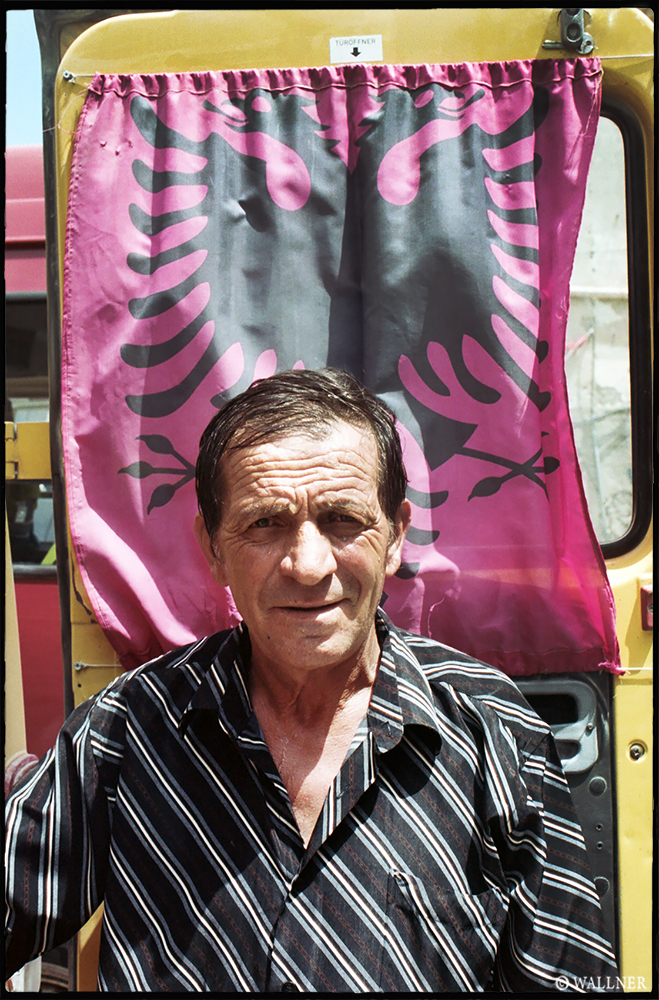 Another childhood memory which indulged my wanderlust to this enigmatic nation was fact that my favorite childhood cartoonist, Hergé, the creator of the world wide known Belgium reporter Tintin deliberately but indirectly embedded Albania to one of the volumes. In King Ottokar’s Sceptre, Tintin interferes with a plot to dethrone the King of Syldavia which is a fictional metaphor for a King that could have been in the Balkans. What gave it away for me was the yellow pelican which kind of reflected a cartoon version of the Albanian flag. Hergé you were a genius! 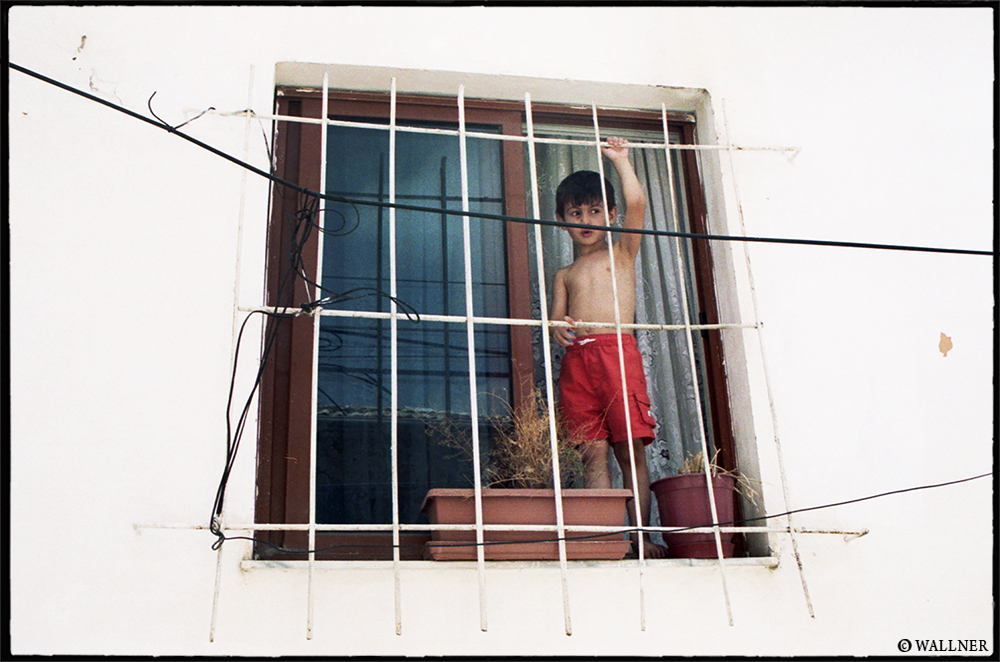 As much as I try to avoid prejudice, its easy to start believing exaggerated stories when you haven’t actually been to a place beforehand. I remember hearing, that people throw rocks at you, and that Albania was be set back and sketchy. All I can say we were treated with pleasant smiles, delicious pastries, and beauteouse landscape. 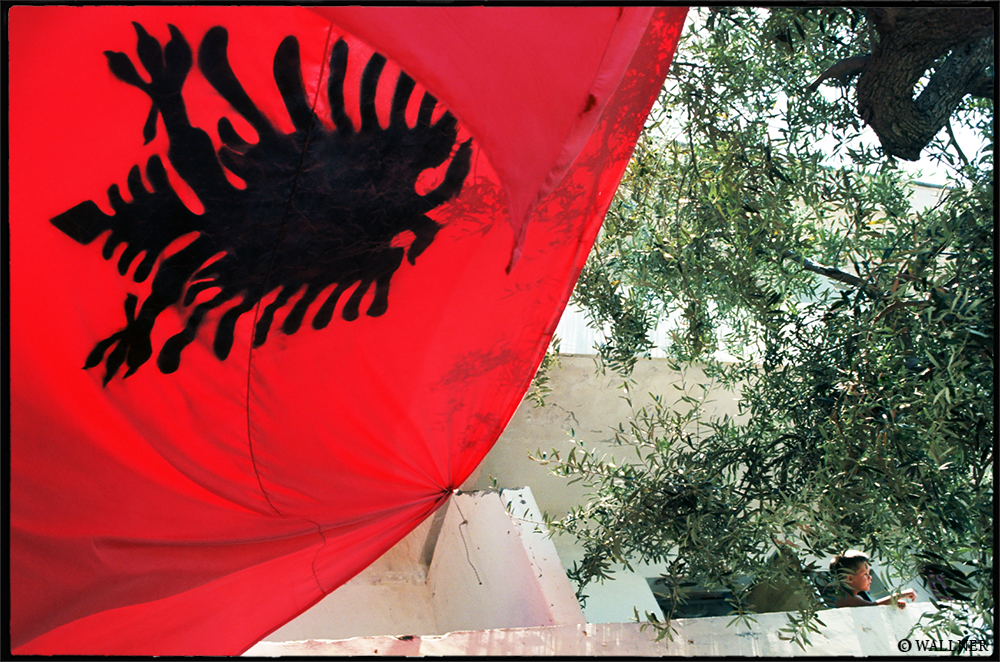 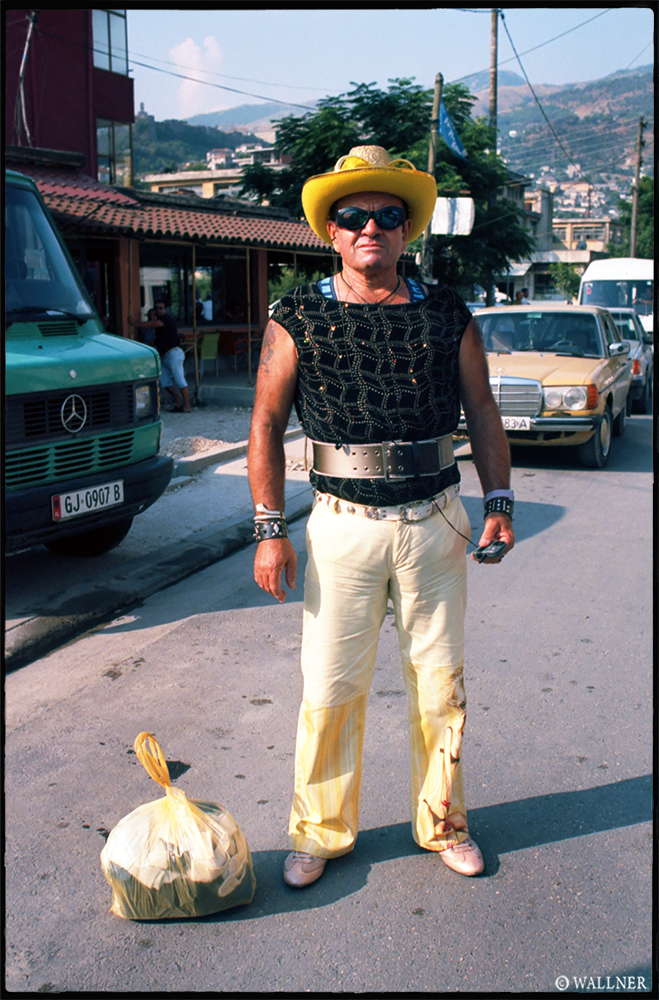 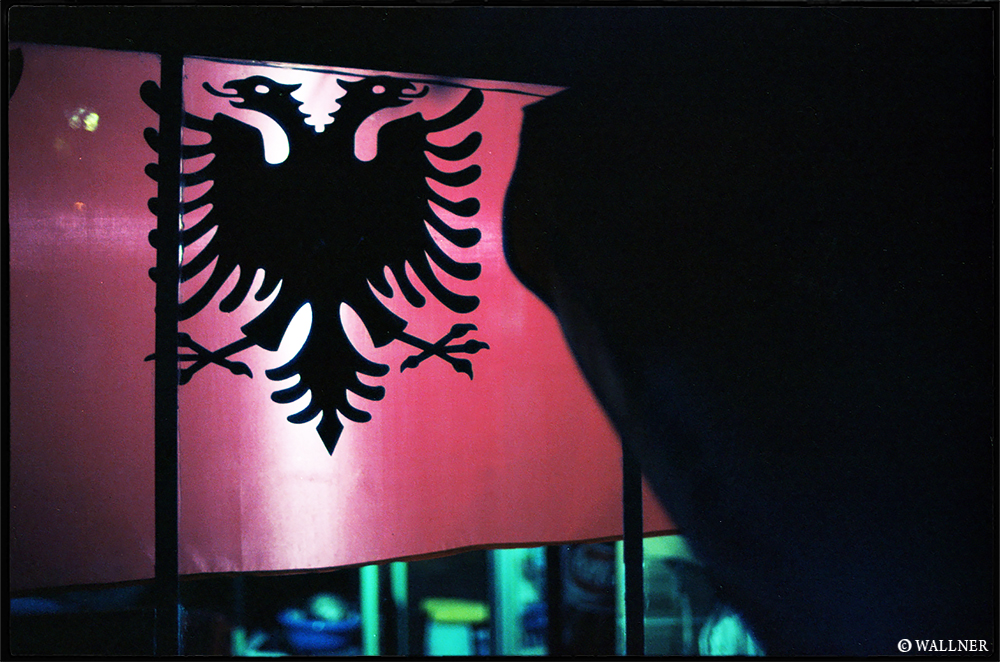 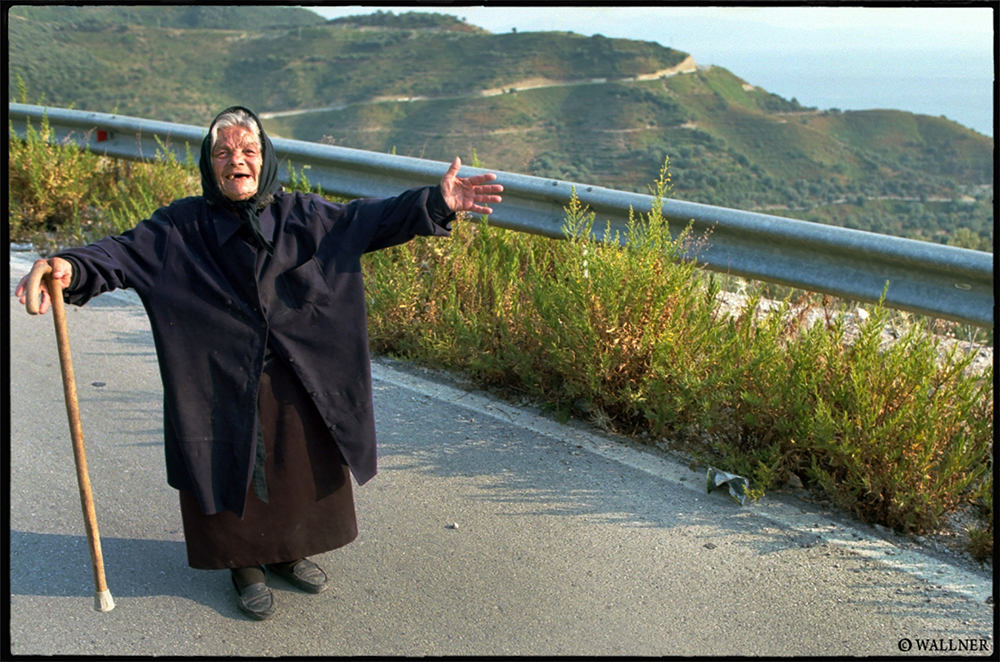 This overly friendly gjyshe, or albanian grandmother couldn’t hold back her glee once she saw Tobi and I pull over the car to get a quick portrait. She took both of our hands, started kissing them repeatedly and was reaching in for hugs. It got really weird quickly, to the point where Tobi had to run back to the car to start it while I got this portrait. I had to run away from her into the moving car to get away from this bundle of roadside joy she tried to pull us into. 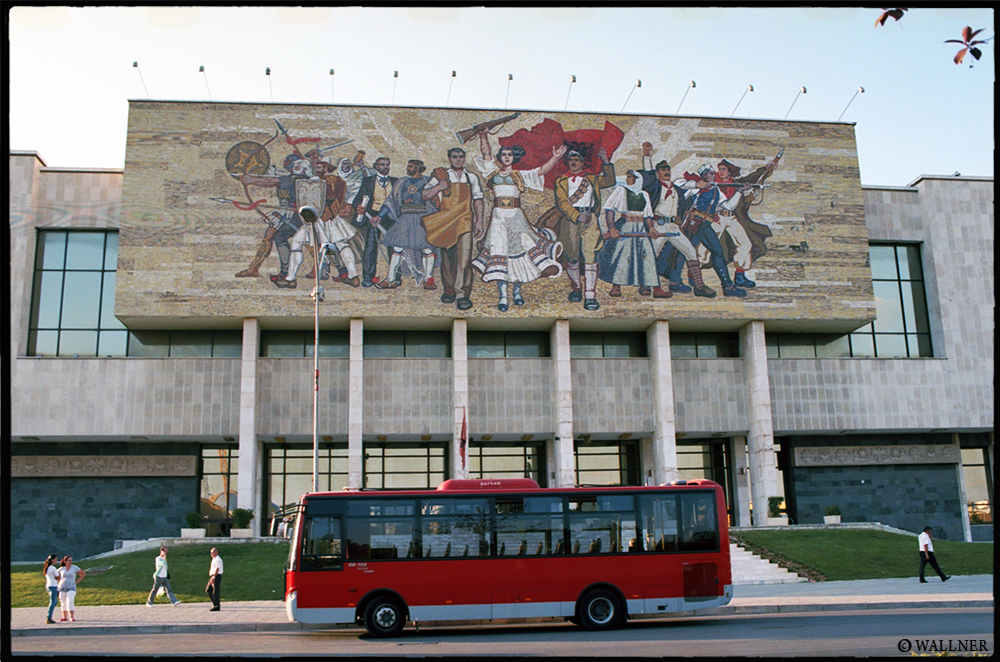 While jumping into the Mediterranean became a daily ritual, it was time to head a bit more inland to the capital to observe what this formal Ottoman city, which has endured forty seven years of socialism had to offer. Tobi has become acquainted with two friendly German migrated Albanian (one actually being Kosovarian) girls at the airport who showed us around the city and apparently took us to the best Discothèque of Albania for my 26th birthday. 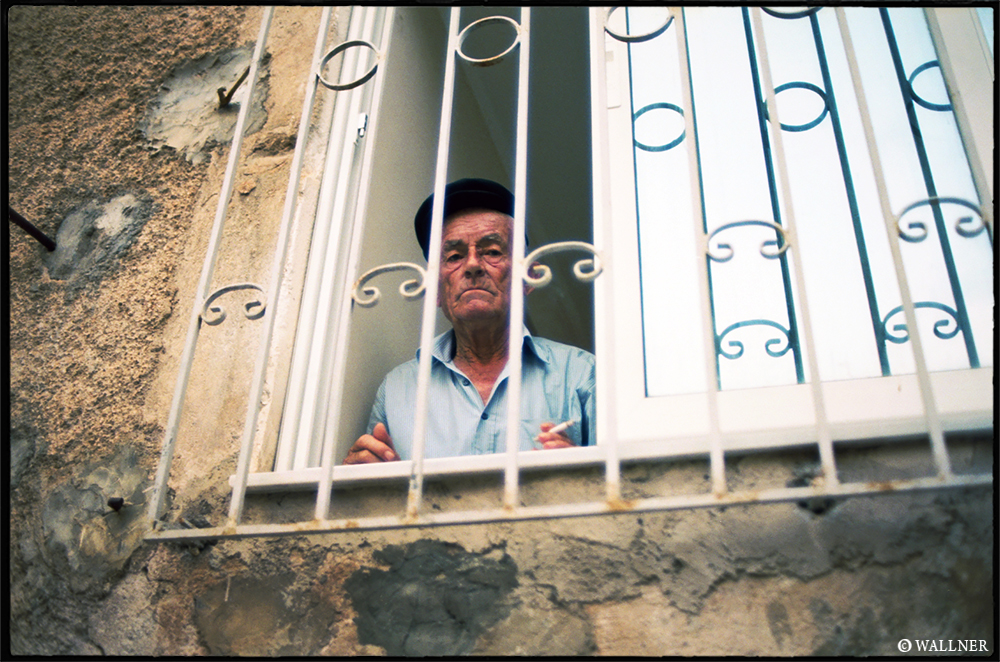 Tobi rented to my surprise a Peugeot for the Albania segment of our Balkan trip. The non-functional convertible was a blessing considering taking local transportation would have cost us ages. The only problem was that he rented a car within Albania, which we slowly started to realize was falling apart day by day. By the time we were only around 300 kilometers from our goal the car totally died in a small village in central Albania. The brake fluid was low, then the it started saying the airbags didn’t work, then it reported motor problems, which followed with the anti-breaking system out of function. After all these messages the brakes stopped working and we were deserted at a empty gas station with two friendly elderly man trying to fix the problem. In the end we called the owner and gave the keys to a random service man and got onto a bus to the next city while pondering how sketchy it was just leaving keys, papers and the actual car with a man we just met for ten minutes. 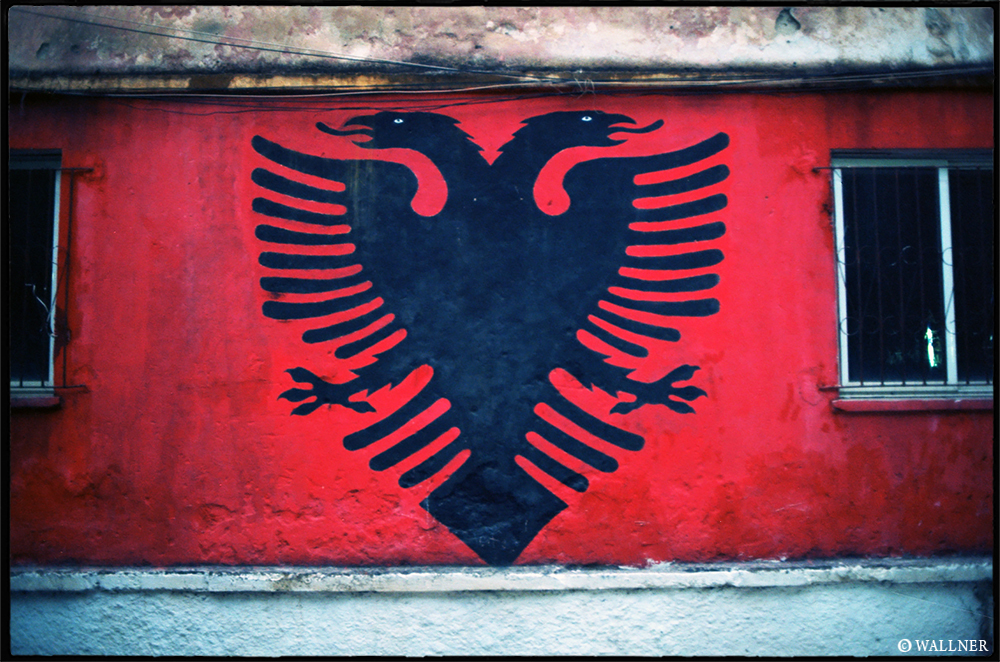 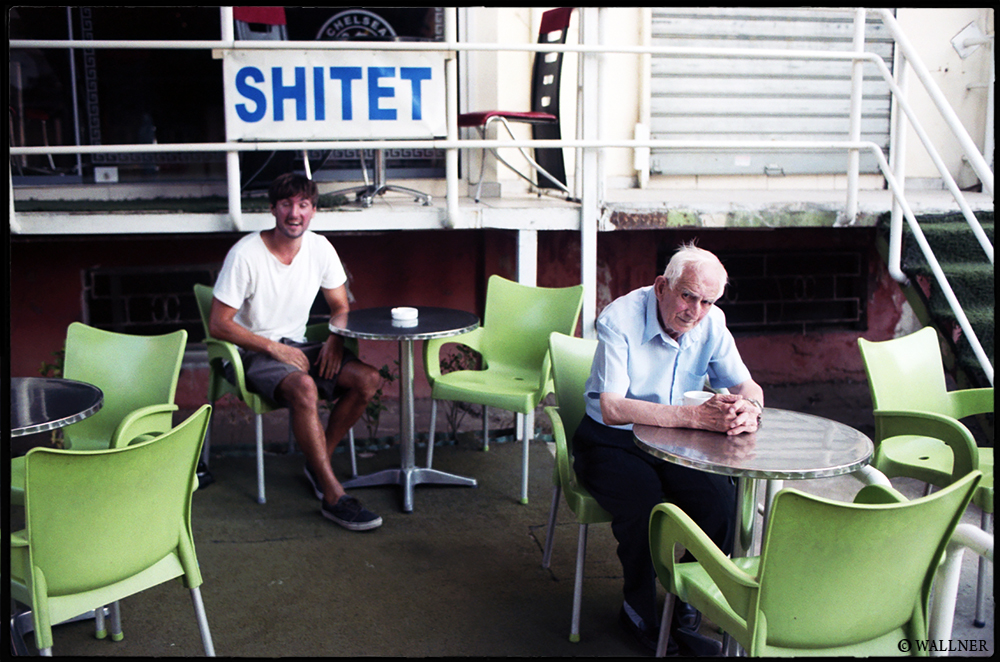 You have to find some kind of humor in various languages while traveling. The magic word that got us every time in Albania was ‘Shitet‘ which actually just means ‘to sell‘ or ‘for sale‘. 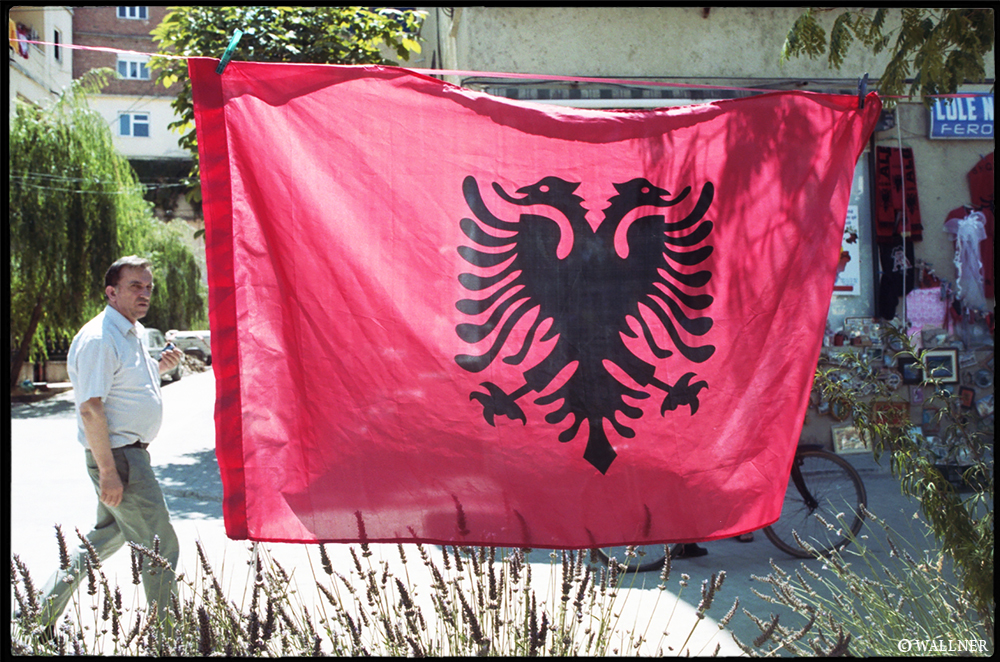 After following the eagle with two heads for almost a week it was time for a new flag fetish. 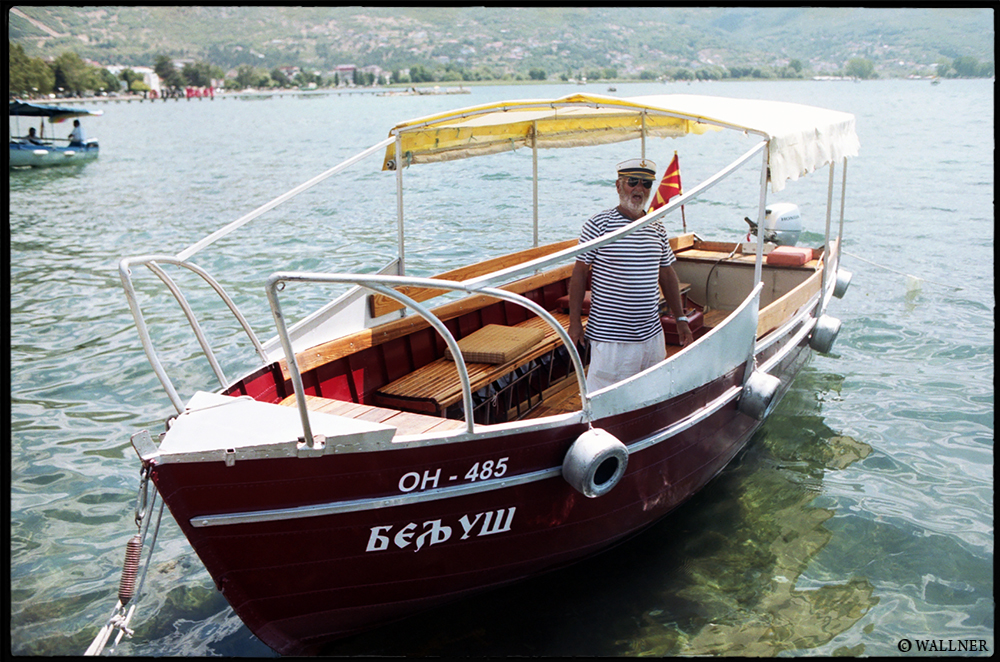 Crossing borders into Macedonia was literally filled with shit. While exiting Albania and being in the nomads land between Macedonia & Albania, I realized I had to use the restroom. No such water closets were actually in sight, so I found myself a bush to pull a number two. My poop will forever or until it decomposits be stuck between two nations. 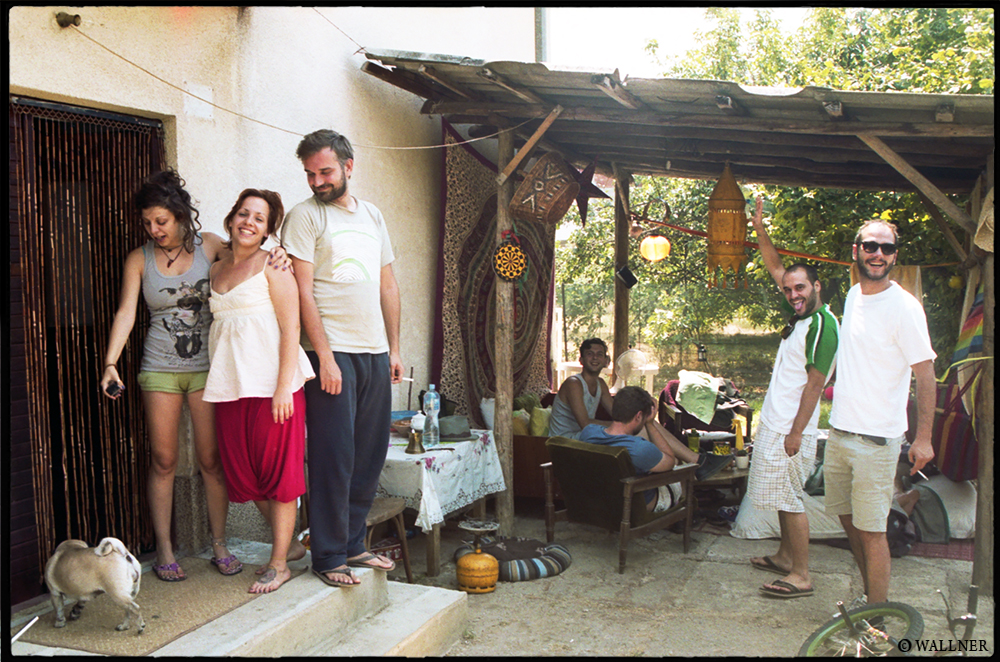 A Kenny Reed (ironically not pictured) sighting was made at Ohrid Lake by the Village Hostel. Thank you Natasa, Ljupco, and espeically Kenny for the hospitality, the birthday cake & the spiderman balloons on my bed. 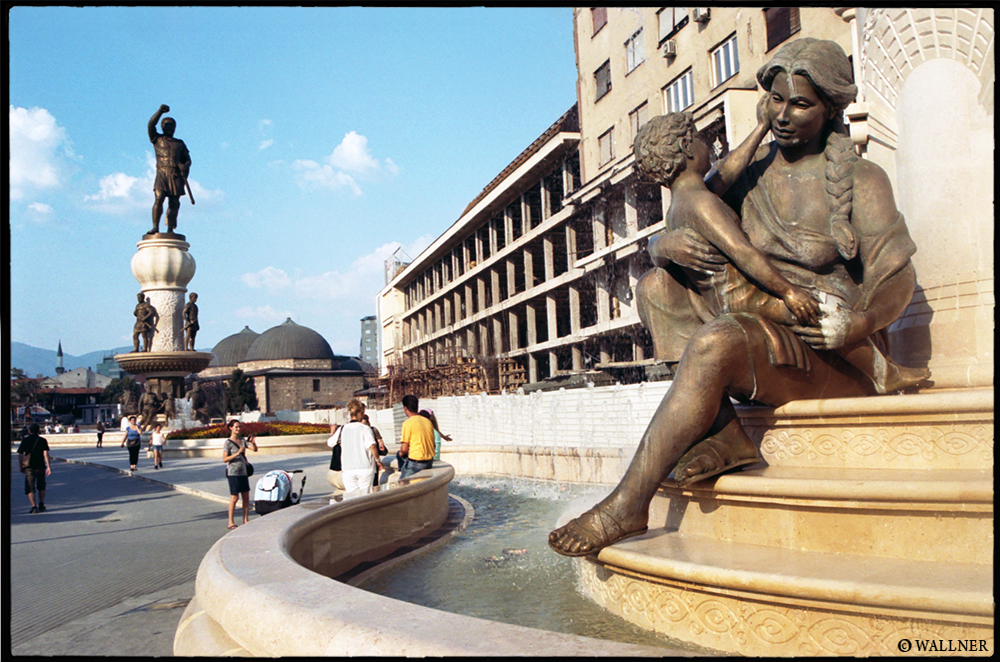 The ancient looking statue of Philip II of Macedon could be mistaken as an ancient artifact. Quite to the contrary, this 15 meter and two million euro statue which was build May 2012 is one of the many statues erecting today within Skopje. A budget of something between fifty to eight hundred million euros is invested into the Skopje 2014 project which is designed to give the capital a face lift and try to give it the beauty it never had. Someone made a funny comparison to the project, saying its like a kid who is placing all his action figures throughout the city with no real purpose or design. While our hostel owner described it as ‘kitschy’, I must say it I was kind of fascinated by the absurdity of the government trying to create the ancient past partly in defence from the Greeks who been trying to take away the title ‘Macedonia’ from Macedonians because it used to be actually Northern Greek back in the days. 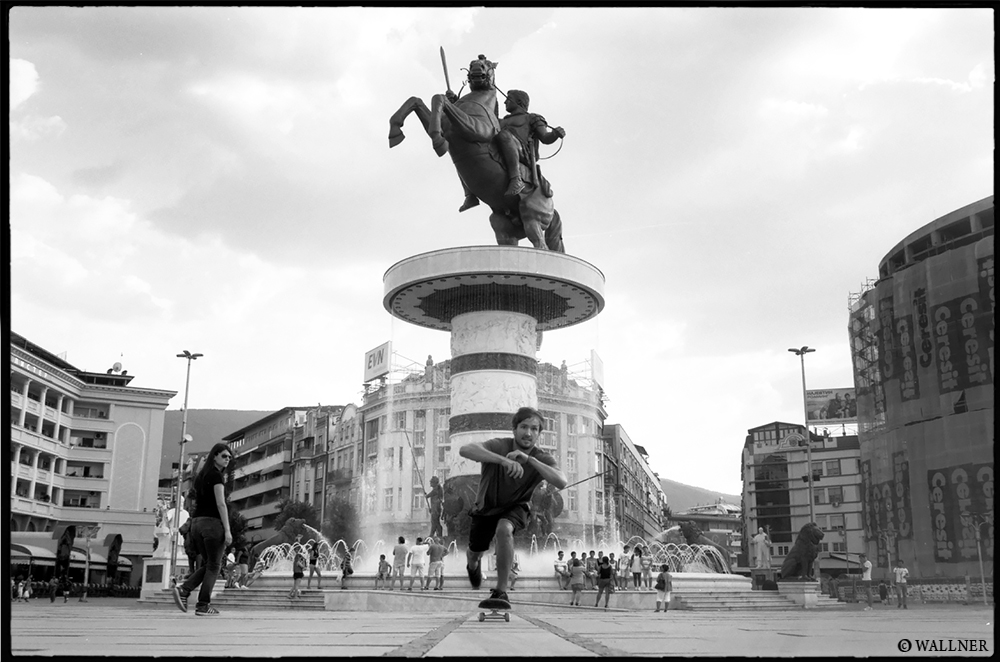 Tobi on the run from a depiction of Alexander the Great!