How did Marco Polo not see the Great Wall 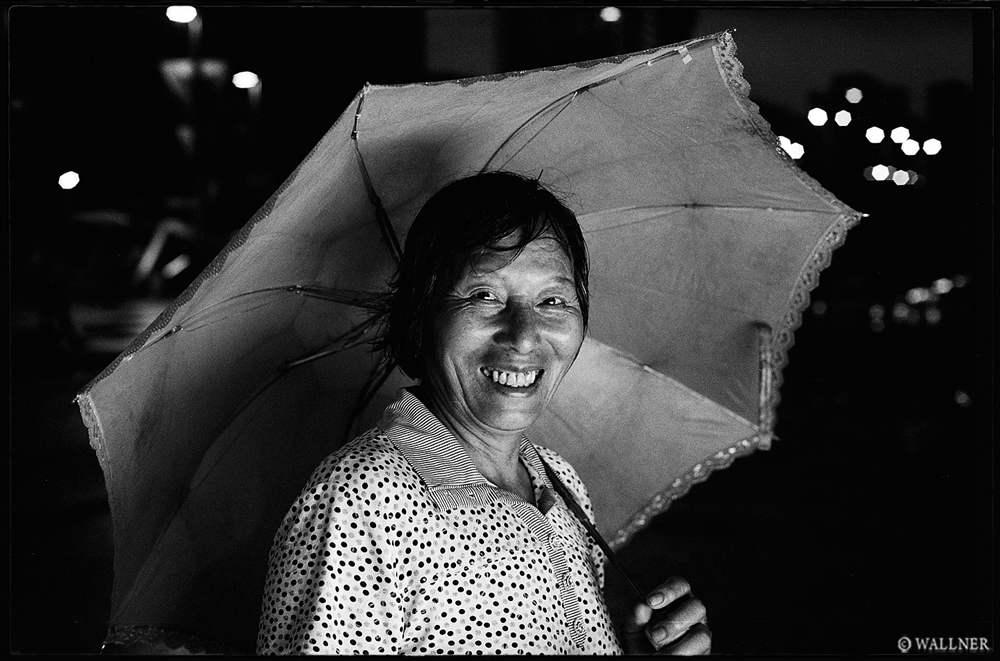 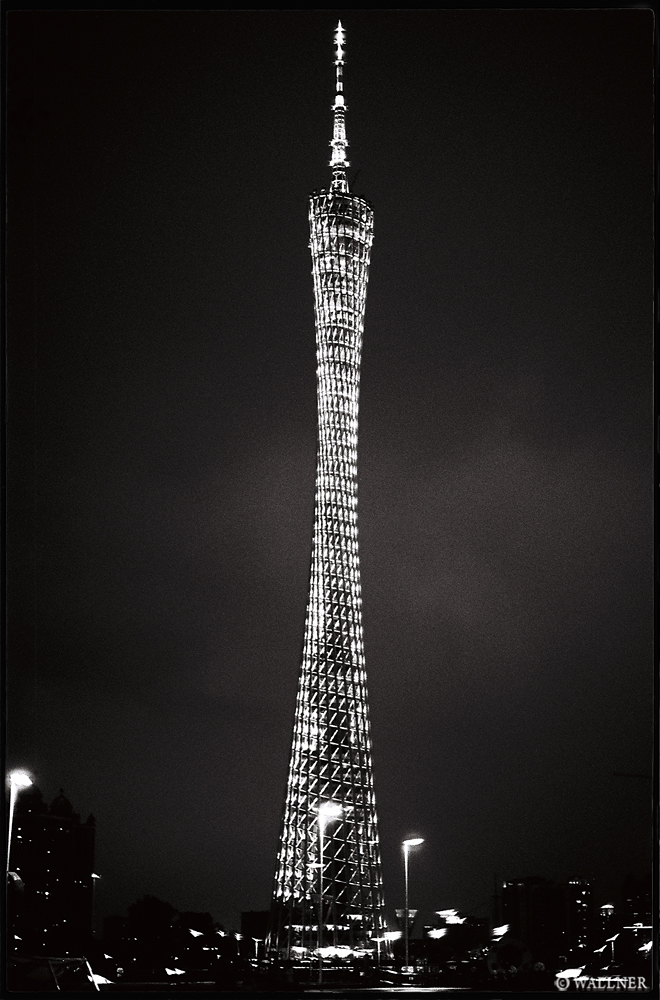 The Japanese have had a triumphs history. The land of the rising sun has fought many battle & wars trying to expand their supremacy over eastern Asia and possibly the entire world. After they cooled down the mentality of expansion, they still managed to surprise the rest of the world with their technological developments and strong economy. The Japanese decided to put to rest any competitive race with other nations. But there is one exception that the Japanese don’t let anyone else mess around with. The race of holding the highest tower in the world! In 1889 when the Eiffel Tower in Paris erected, the Japanese topped the 1,063 feet tower with their Tokyo Tower, only 28 feet taller. A half a century later, China started build the Canton Tower (pictured above) for their 2010 Asian Games in Guangzhou. It was named the tallest tower completed in the world for only a year or so before the Japanese who were now once again not comfortable with having a small sized tower on their Honshu, lead to the erecting Tokyo Sky Tree… again only around 334 cenimeters taller… another cliché… touché Nippon. 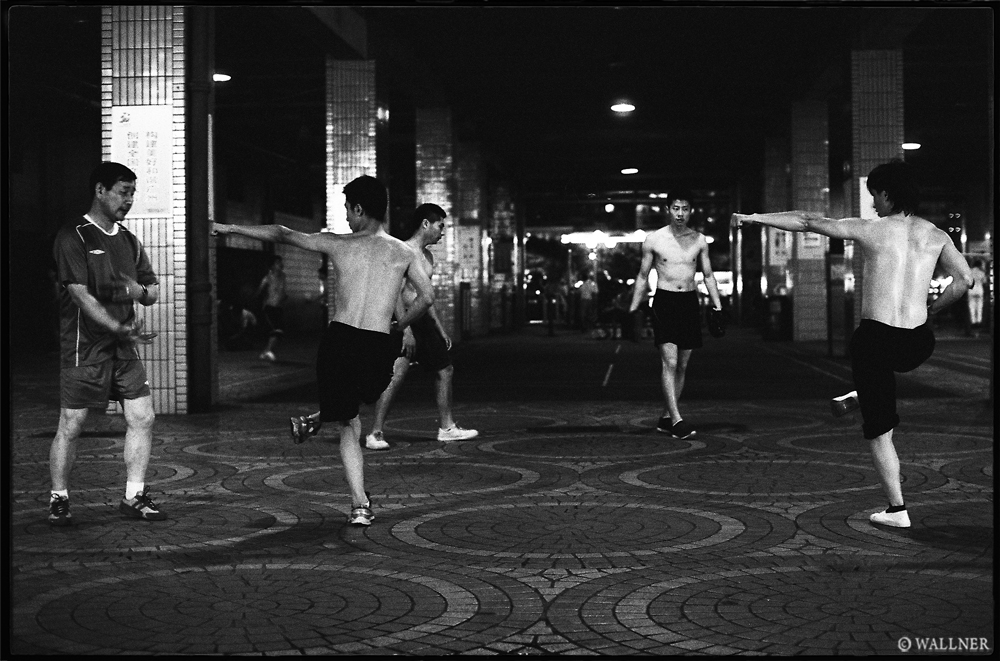 Karate literary means ‘empty hand’, but when the ideograms get interpreted another way, it means ‘China hand’… 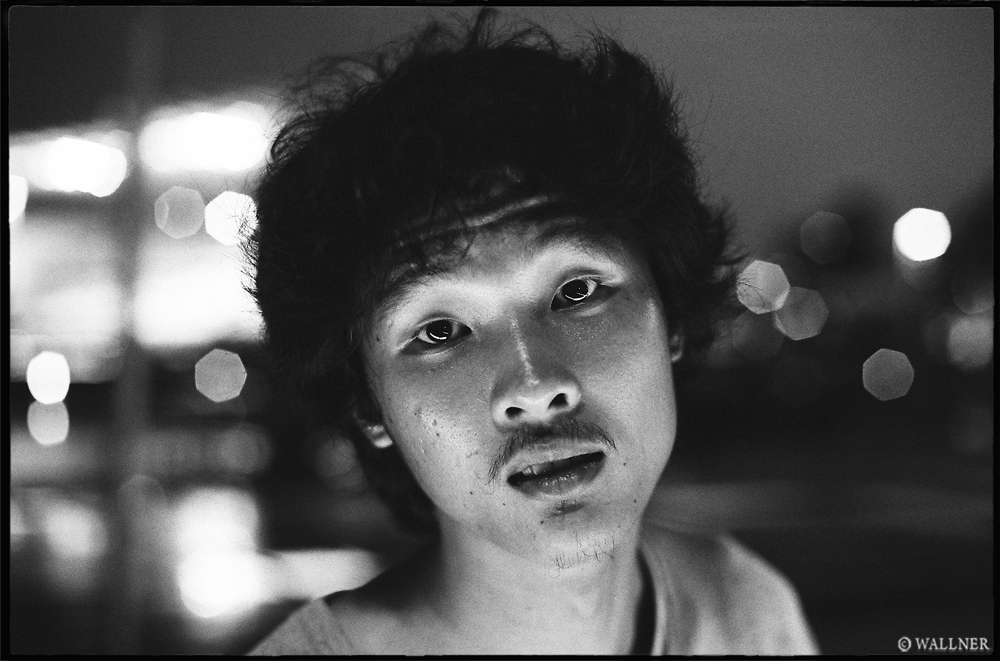 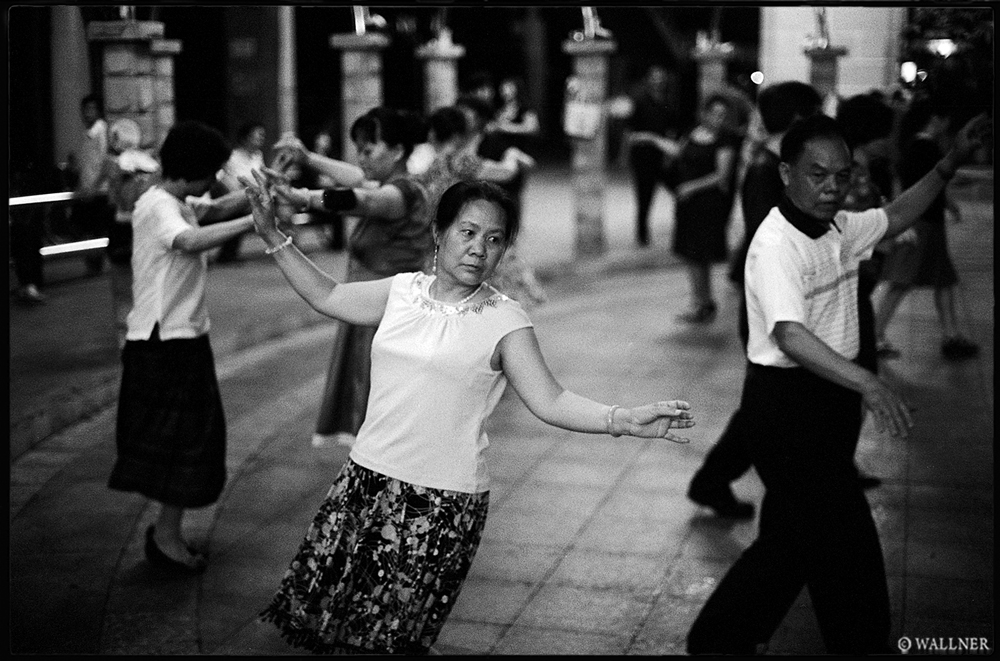 I wonder if the older generation in China or elsewhere in Asia know, that they are just waisting their time with all that exercising at sun break or the late night Tango dances like pictures above. They should know that when you become old, you go to a retirement home in south Florida and watch Jerry Springer reruns till you fall asleep… 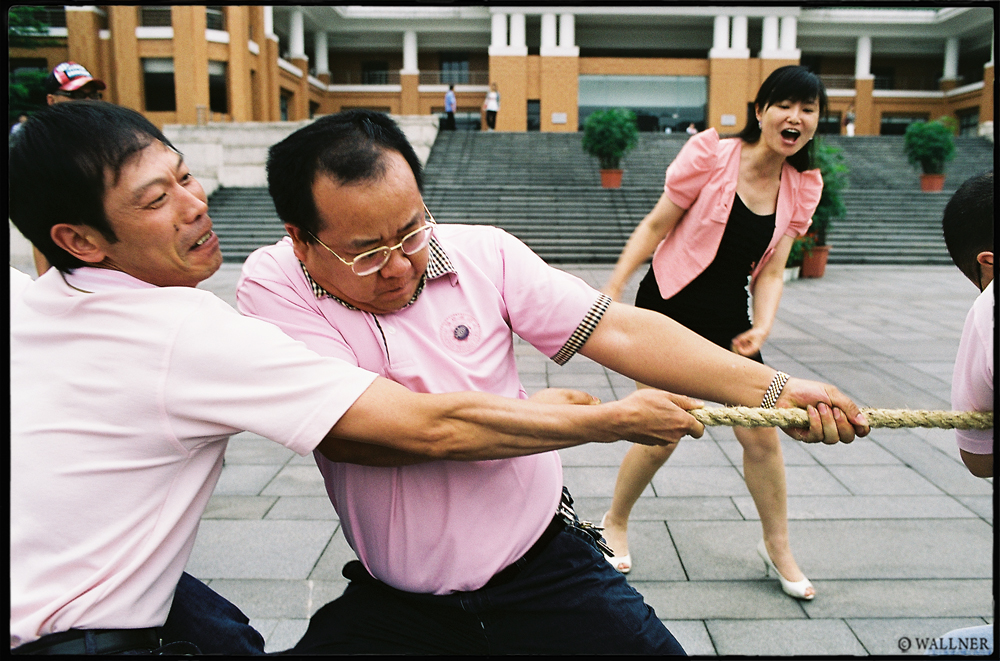 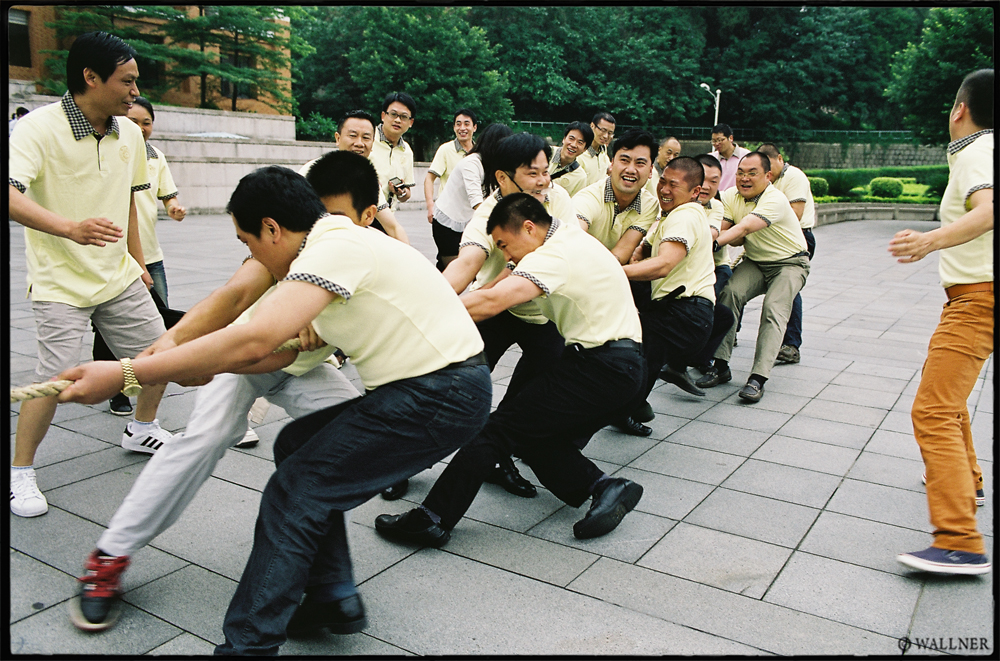 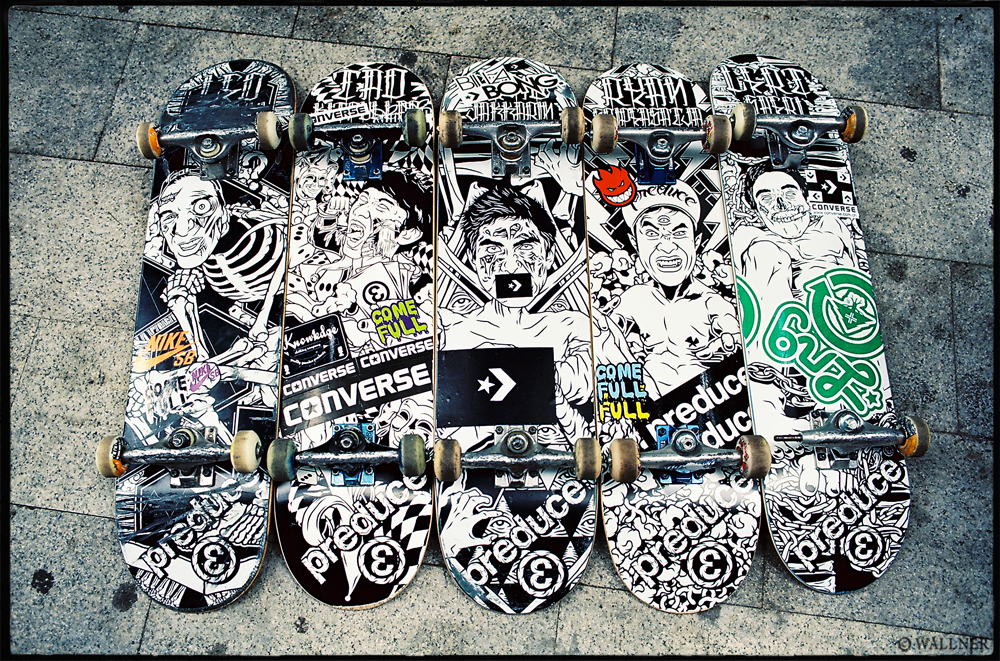 On the road traversing China with two Swiss and seven Thais… and five appear to be Zombies. 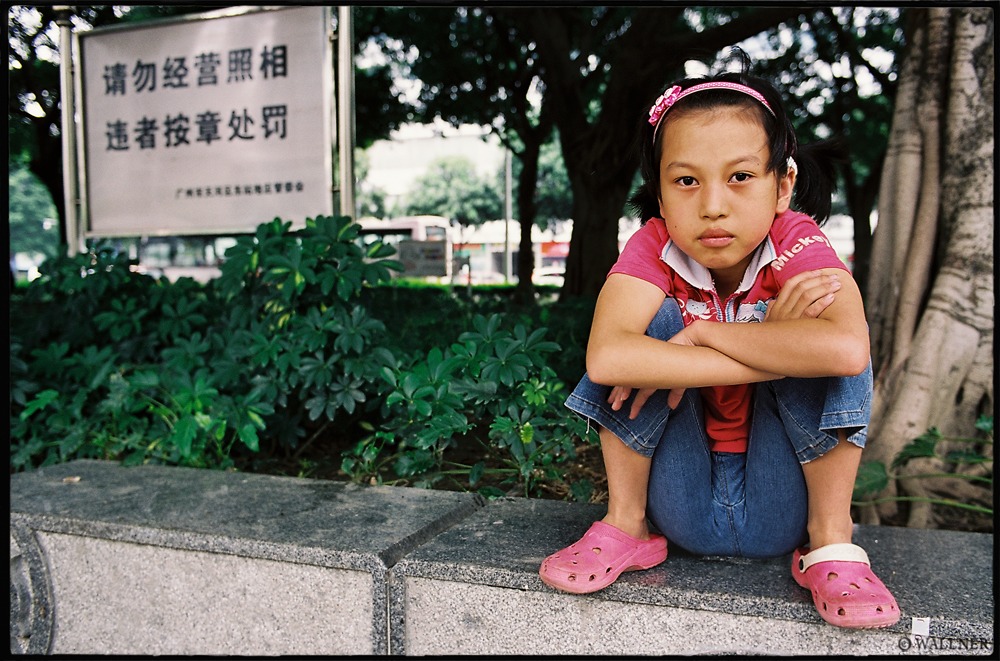 While I was getting denied a Russian visa in Hong Kong, I bumped into Flo Marfaing who just like myself had troubles obtaining visas. Leaving him stuck in Hong Kong for a couple weeks, probably resulted to some insane manual or ledge combos on Cantonese curbs. Just like when he was one of the first European to come to Hong Kong and Shenzhen with Alex Carolina filming for their mesmerizing 411 part. 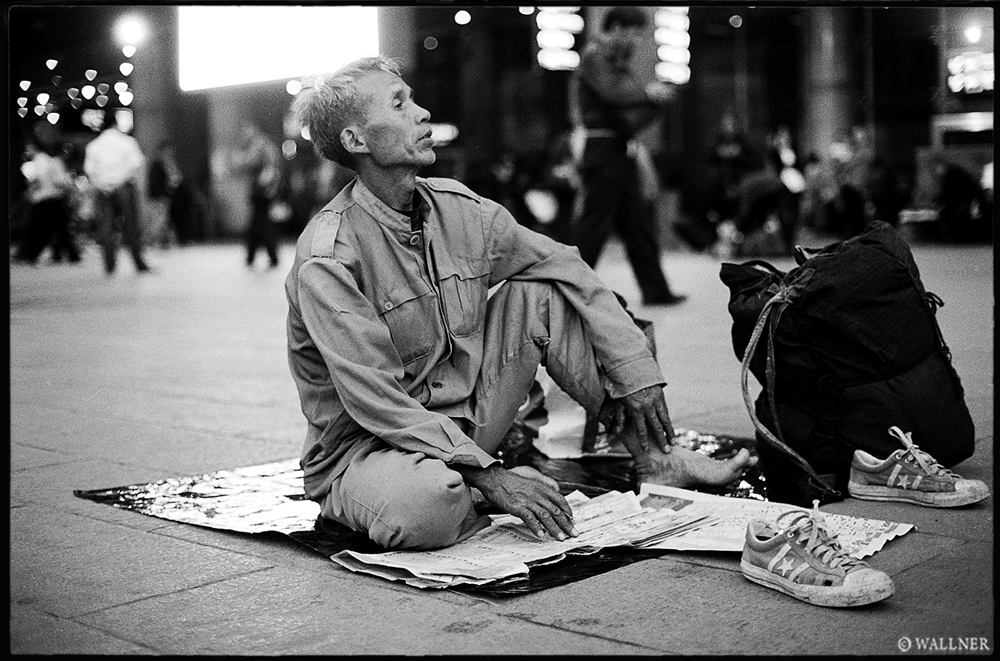 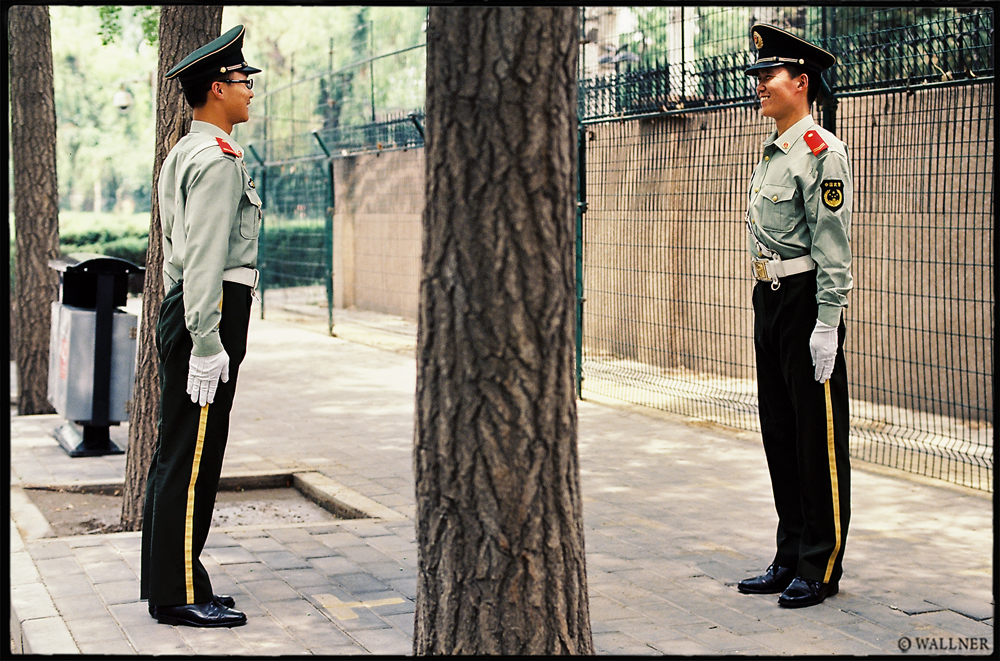 Since the Russia Federation rejected a visa proposal (plus bribe) for a Far East trip to Khabarovsk and Vladivostok that I planned with Eric for a China Converse documentary, we retouched on the idea and concluded on a Mongolia trip featuring the Gobi Desert. While going to apply for a Mongolian visa, I couldn’t help noticing the extra security around the American embassy next door. Sure enough a week and a half later a friend tells me about a story that one of her friends witnessed a mass suicide attempt in front of the American embassy on June 4th, the twenty second year anniversary of Tiananmen Square Massacre. If I am not too far off, then this incident might connect with the pregnant fruit merchant that got beaten to death which outraged the public of injustice. The Chinese government is faced with revolts and riots all around the country that are quickly hushed & shut down. The international media doesn’t even get the chance to report on this. Since I heard this story from a secondary source that claims she has seen this incident with her own eyes, I believe it. Soon after she received a phone calls from the government telling her to withhold on publishing any of the photos she took of the incidence, or else her restaurant would be shut down. I googled my way through the web, and the only other media outlet reporting on this incidence was New York based, The Epoch Times. As much as I don’t want my website to be blocked in China, we live in a free world where corruption or injustice within politics should be treated with reparation. And where anyone, even a skateboard videographer could have a critical voice against a country that he loves. (China please don’t block my website again like you guys did in 2010 for a couple weeks or months… Thanks… Xiexie) 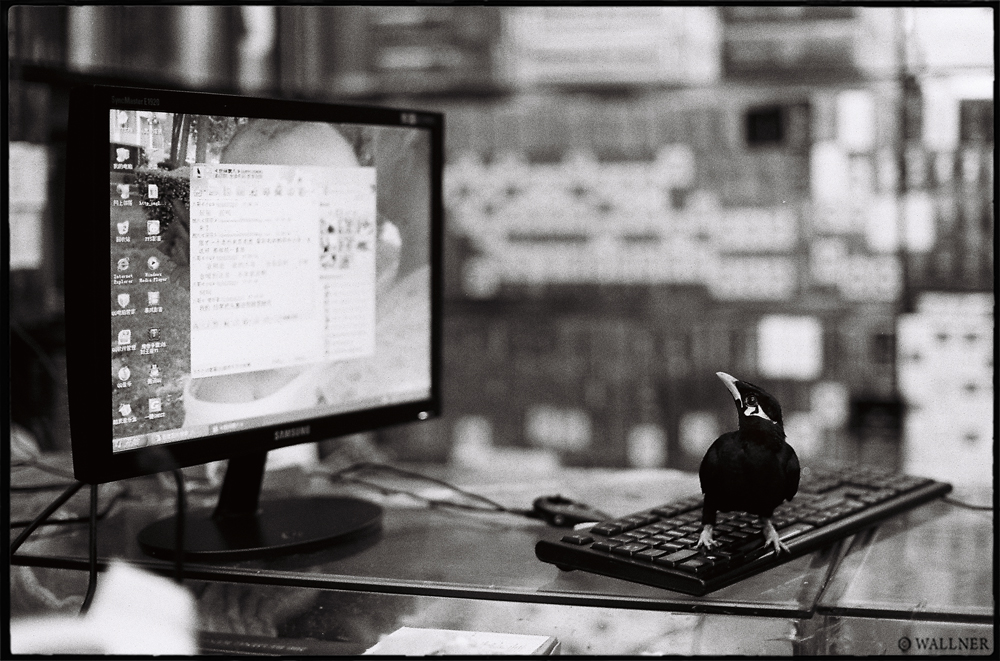 How is this bird going to check on ‘birds nest being build’ if Youtube is censured? Or find friend of ‘Bird Lovers Online’ which is tunneled through Facebook? Not easy being trapped in a cage… 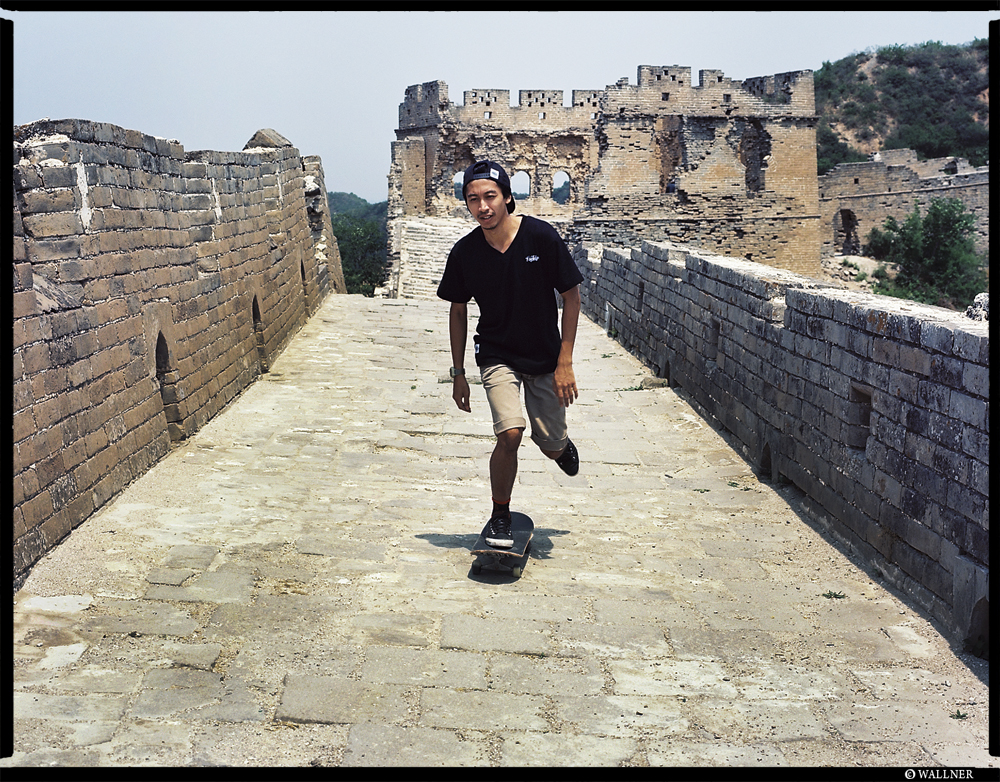 Rustiocello da Pisa’s stories of the young Marco Polo journey to the East has always fascinated my imaginations. Throughout my childhood I wondered how someone could spend years on the route to uncertainty. The person and the term Marco Polo, has adapted and found a place in modern terminology even though the proof of his existence relies on a myth. The book written by Rustiocello on Marco’s journey from Venice to China has no factual backing. During his stay in China in the late 13th Century, Marco apparently became good friends with the Mongol ruler, Kublai Khan, never the less no records in China show a relationship between an explorer and the ruler. But even more bizarre is that there is absolutely no records at all in the Chinese history of Marco being in China at all. At that time everything was recorded, the exact number of people in villages in cities and any notable characters. Also very strange is that Marco Polo describes in great detail of obscurities within cultures & customs, but he fails to mention anything of ‘chop sticks’, which were only used in the far East at that time. But what hits the nail for me of being skeptical of Marco’s existence is that he traveled to Beijing and didn’t write anything about the Great Wall of China, a wall stretching over 3,000 miles… very strange. 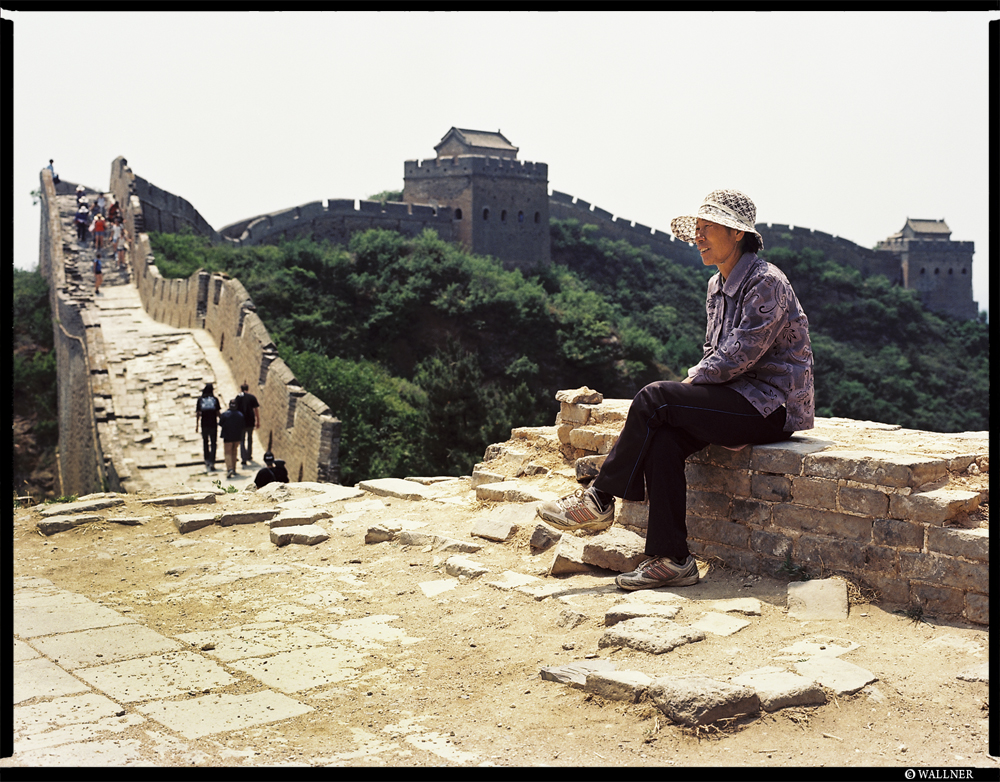 And by the way, you can not see me from space!

They might have used a billion bricks to try to prevent the Mongolians from enter, but fixing a chair properly seems to be a more difficult task.

Peter ready to fly back home…

Three weeks into the Preduce China trip, the Thai’s became immune to long train rides, the Chinese cuisine and the smog, but could they get adjusted to the Manchurian cold climate? We trained up to Harbin to find out & find some skatespots along the way. 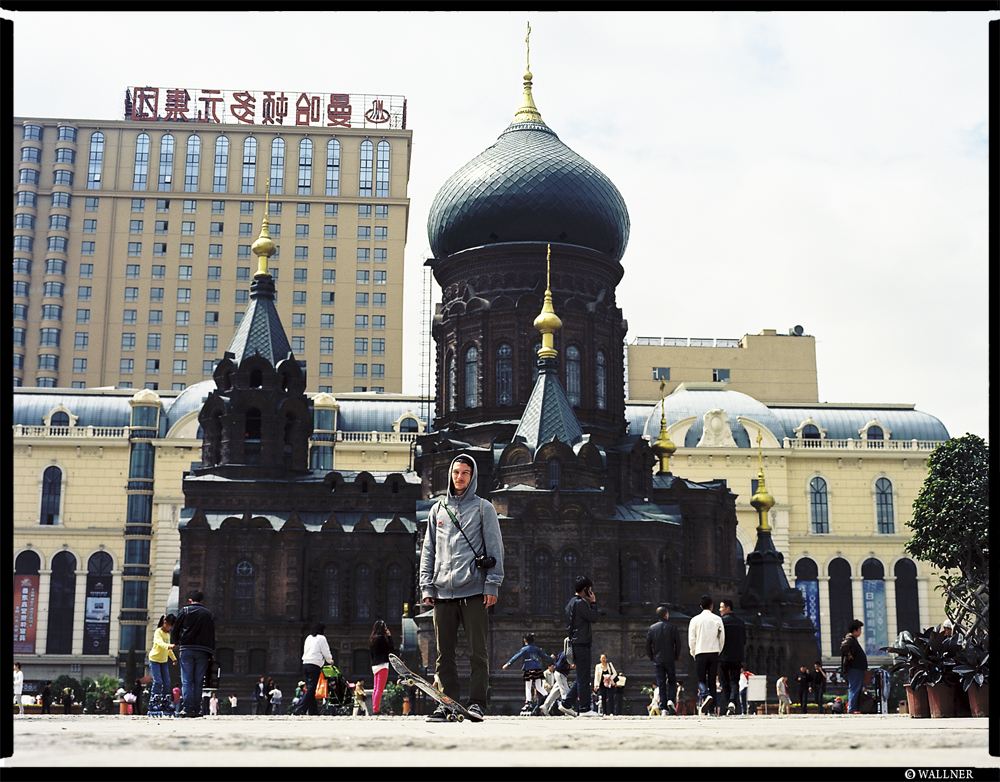 Leo Anzevui from Laussane in Harbin…. I could have not predicted this a year ago when I was with him in Switzerland . 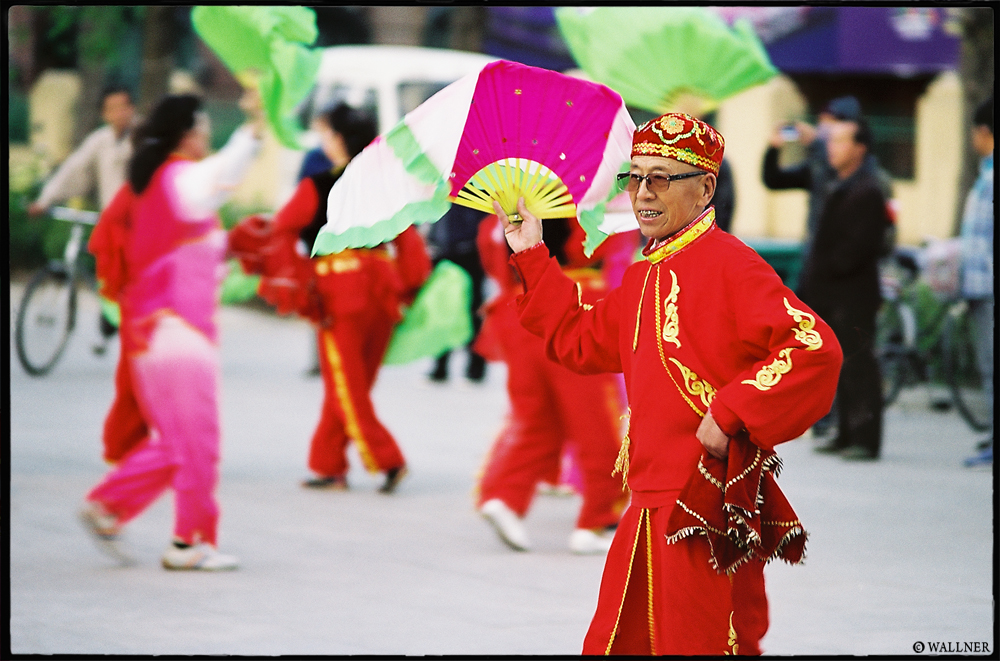 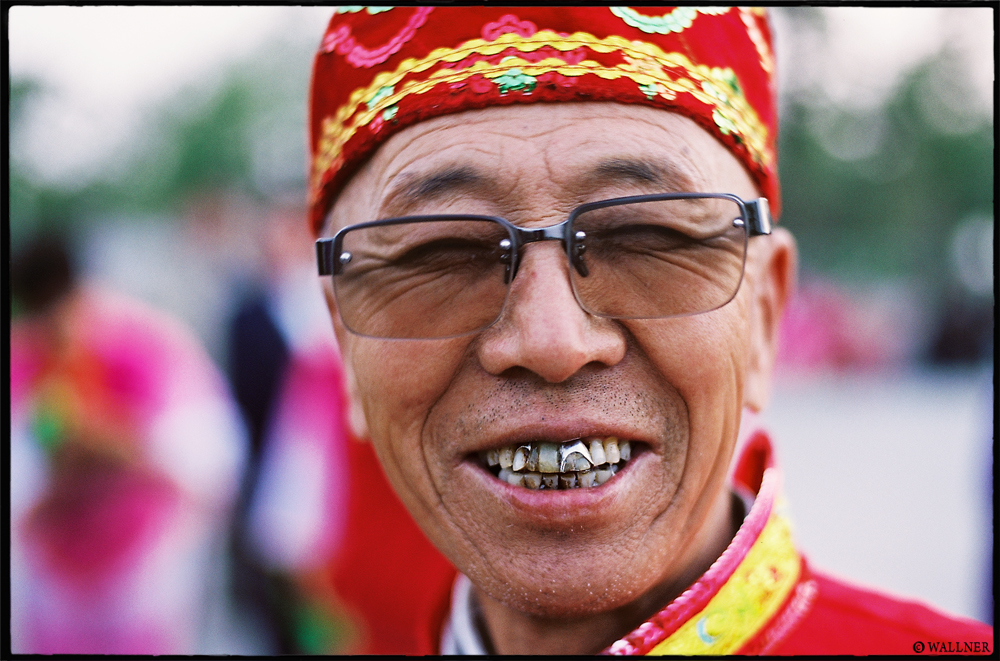 Harbin is famous for the Ice and Snow Sculpture Festival which is held throughout January and February each year. Since our main intentions relied on skateboarding, we didn’t quite plan our visit for the right month looking from a touristic point of view. Never the less, I was anxious to check out the heart of Manchuria, the northern eastern part of China, which was invaded by the Japanese, fought by the Russian and played a key role during the rise of the Chinese communist-era during the twentieth century.

I guess that’s not her dream job… 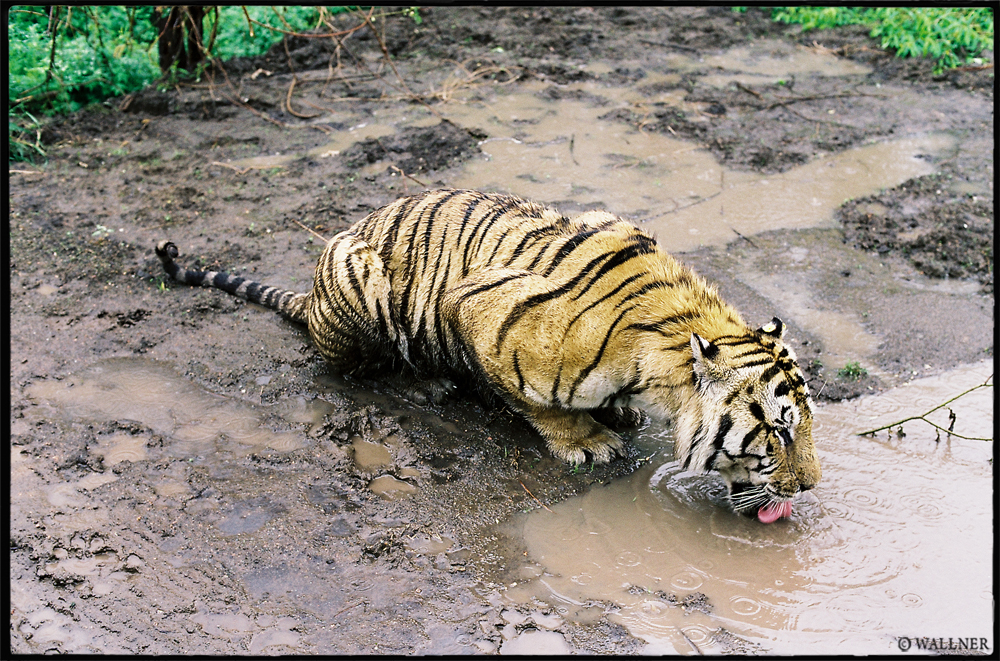 Giving the endangered Siberian Tigers, a.k.a. Panthera tigris altaica, a short visit on a rainy day was on top of my agenda. As much as the Thai’s were not immune to the climate, they were used to large cats such as tigers, an animal which they see on daily bases back home in Thailand, alongside monkeys and elephants. It was a hike finding the Tiger Reserve, but being in a caged bus with curious Chinese passing through the tigris’ home was something else… Only 300 left in the wild and a couple thousand in preserves. 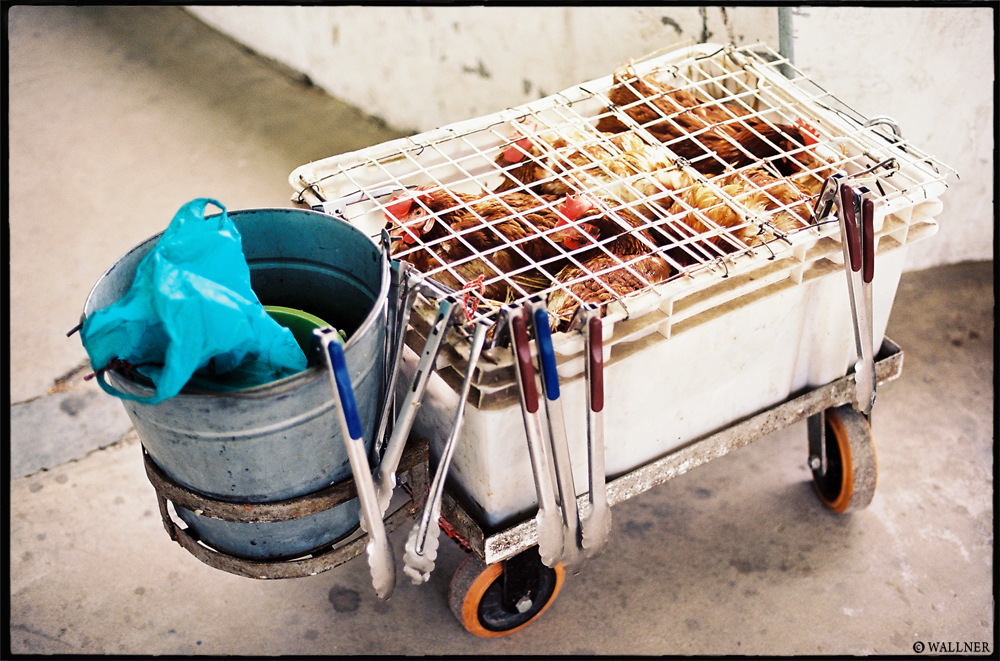 Siberian tigers need around ten kilos of meat for their daily diet. They eat chicken, deer, elk, and pigs or monkeys, fowls, frogs and fish when times get hard. 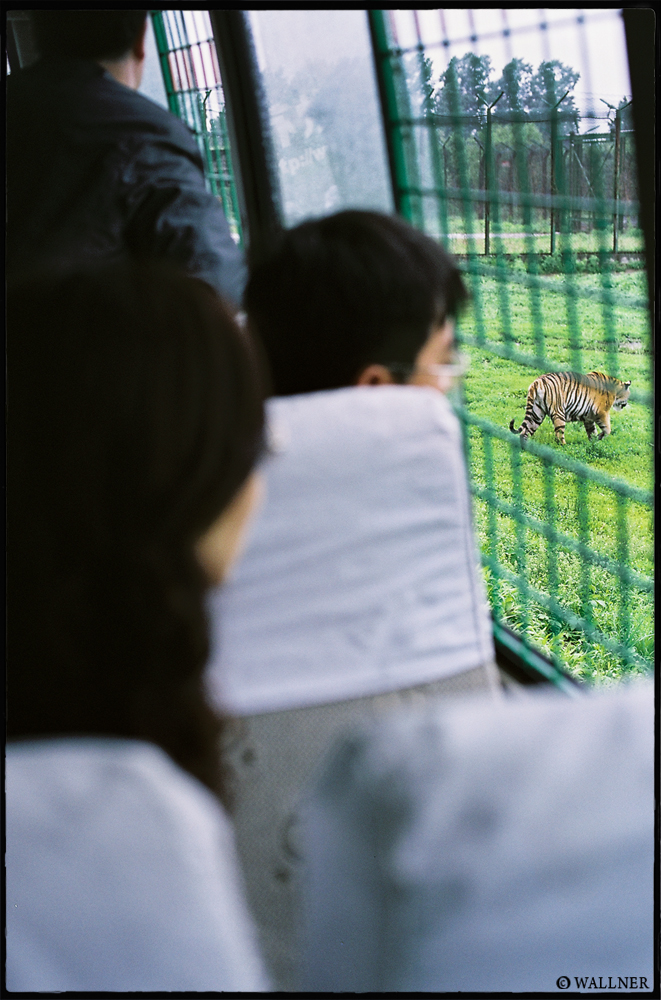 Siberian Tigers don’t usually eat humans unlike the Bengal Tigers. In the twentieth century only six cases of man getting eaten by these large cats have been recorded. But just recently at this same preserve, around early January 2011, a Chinese bus driver replaced himself as breakfast, when trying to fix the engine of the caged bus. The entire tourist group on the bus saw him getting eaten alive… 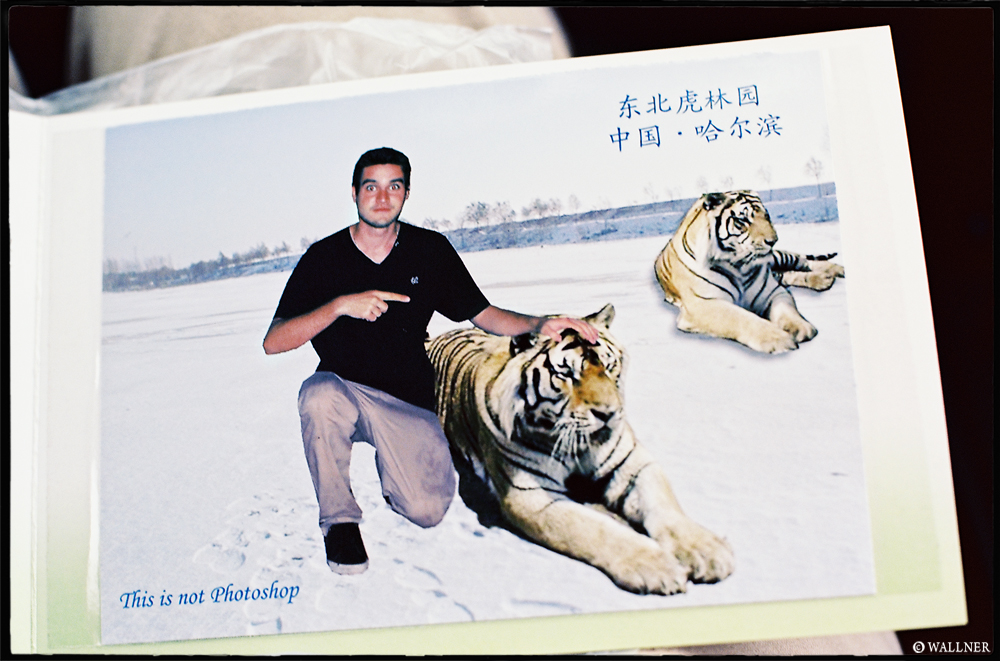