Freedom is one of the words that can describe the feeling of returning to the People’s Republic of China. The twenty-two hour train ride back to Beijing from Pyongyang was very tense, but lightened up after crossing the Yalu River. It’s quite of a fascinating transition since the PRC was pretty similar to present North Korea. Only slowly after Mao’s death in 1976 did the reforms from Deng Xiaoping embrace into society creating a socialist market economy with Chinese characteristics. Resulting to China expanding products in greater mass outside of their borders and  also slowly starting in/out bound traffic of tourism. This photo could of been taken in the DPRK, but even within the People’s Republic of China one can find some peace and harmony on the streets of Beijing. I had to wait around ten minutes to find a fraction of a second when the cars were not intersecting my frame of the lonely bicycle rider, it is possible to give China the North Korean car-less touch, if you are patient while trying. 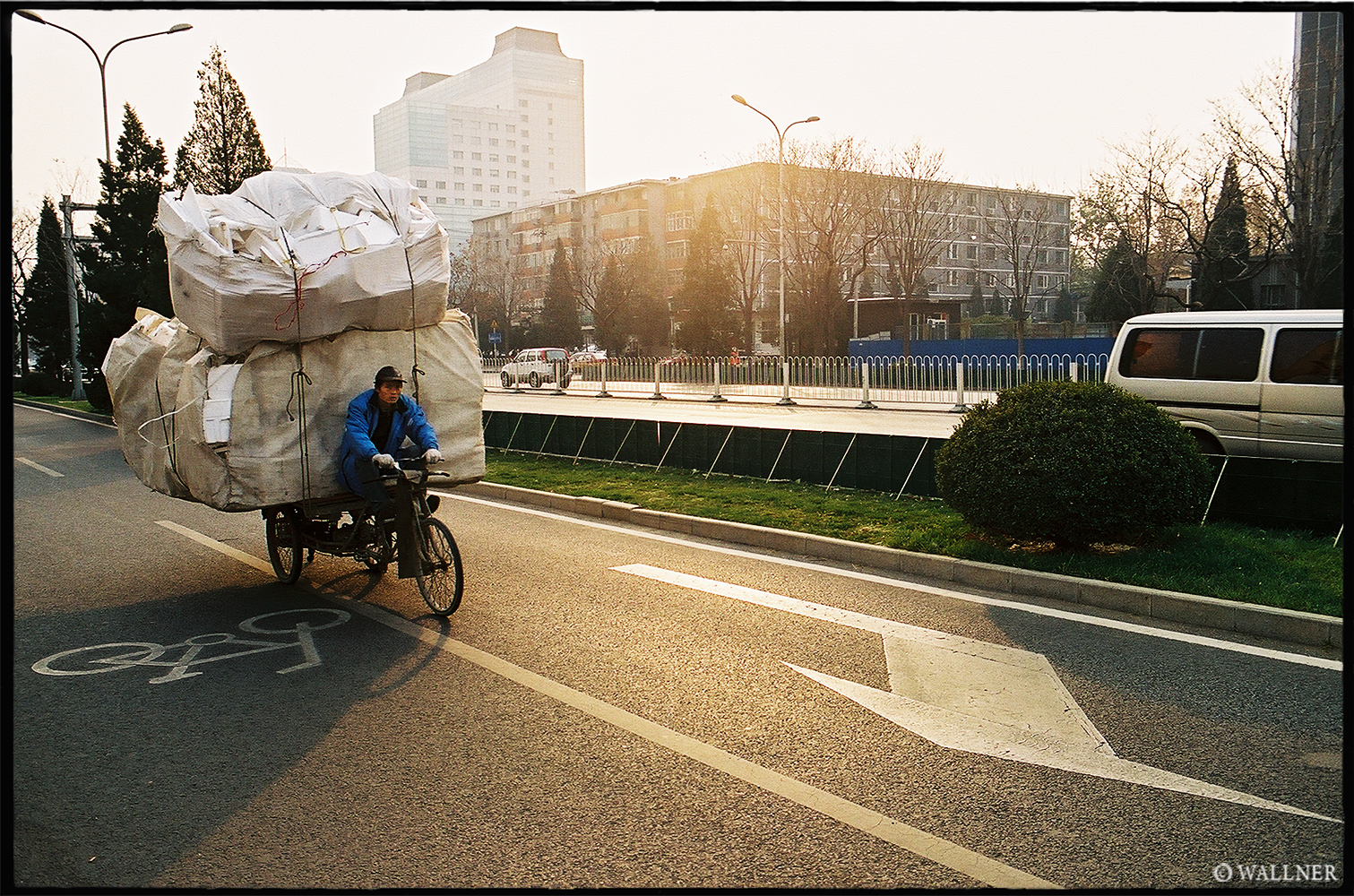 Maybe not as much today, but one of the clichés that China receives from foreign eyes & media is the use of bicycles. Interestingly enough, the bicycle which is called zi xing che in mandarin is a western invention brought over to China in the late 19th century by European official named Binchun. At first bicycles were just used by foreigners living in Shanghai. The Chinese looked at it as a sweating exercise device which had no place in the Chinese tradition and wouldn’t fit the average gentleman’s niveau. Only later on, well paid prostitutes also known as Sing-Song girls would use the bicycle for transportation. The founding of the People’s republic in 1949 was a big turning point for bicycles, when cities were created in a way to substitute public transportation with bicycles. Workers going to work with a bicycles would receive a bonus and benefits.

According to Forbes, Baku (Azerbaijan) is the words dirtiest city caused mainly by oil drilling. Beijing is not in the top 25 direst cities, but surly is at the bottom of the list for traffic & air-pollution. To prevent both, China has set rules to cut down two thirds of cars usage within the capital, allowing only 240,000 vehicles to be registered for 2011. 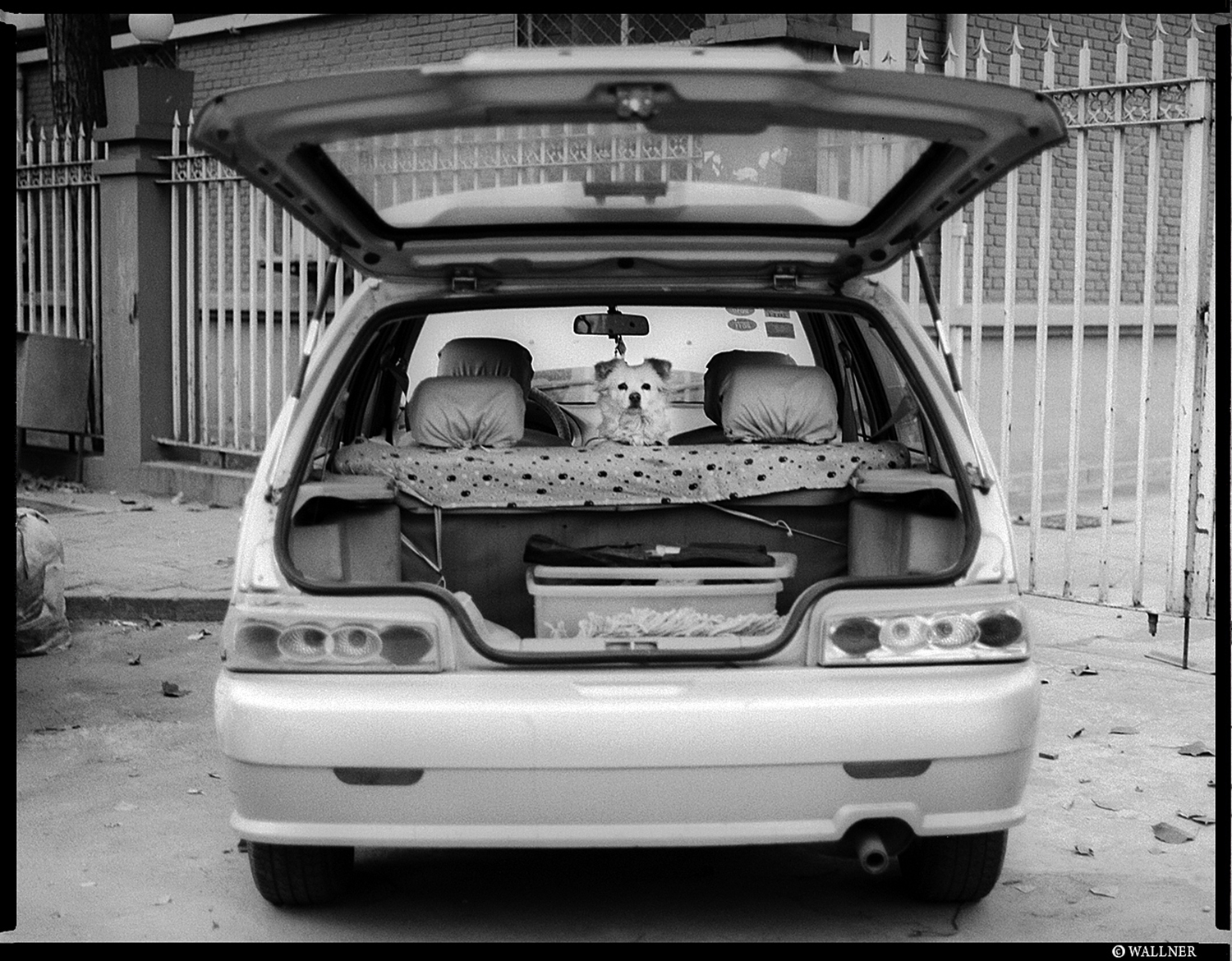 With the new law in affect, dogs in Beijing will need to start using their feet again for daily transportation. 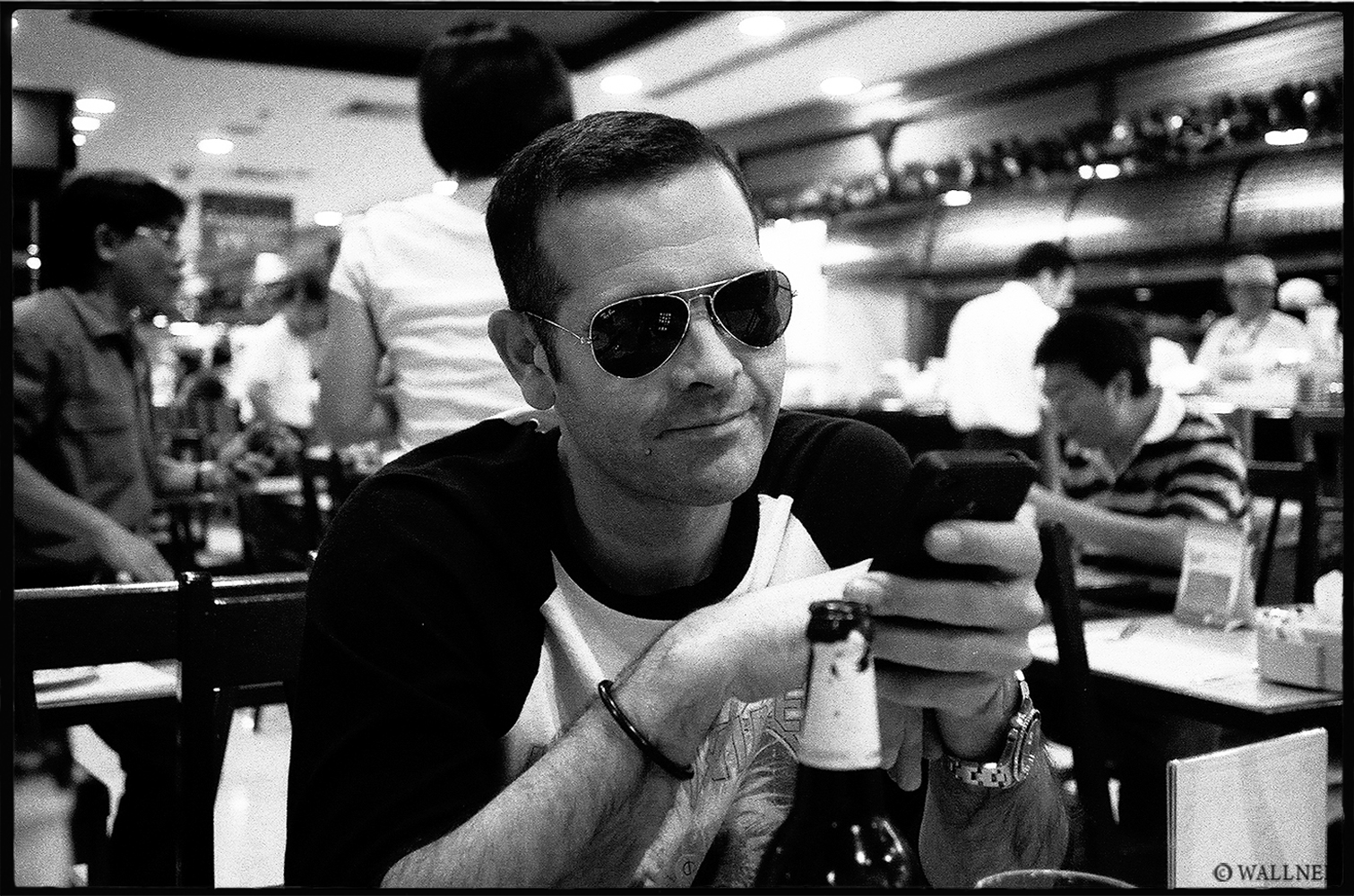 Back in Bangkok, I returned Michael Bialecki his Yashica T4 which he let me borrow for my North Korean trip. The Yashica T4 was of great use when pointing and focusing with my Medium Format camera as well as with the Nikon F3 was difficult. For example when trying to shoot outside of the bus, or when you don’t want to stick a camera in someones face when shooting a portrait. 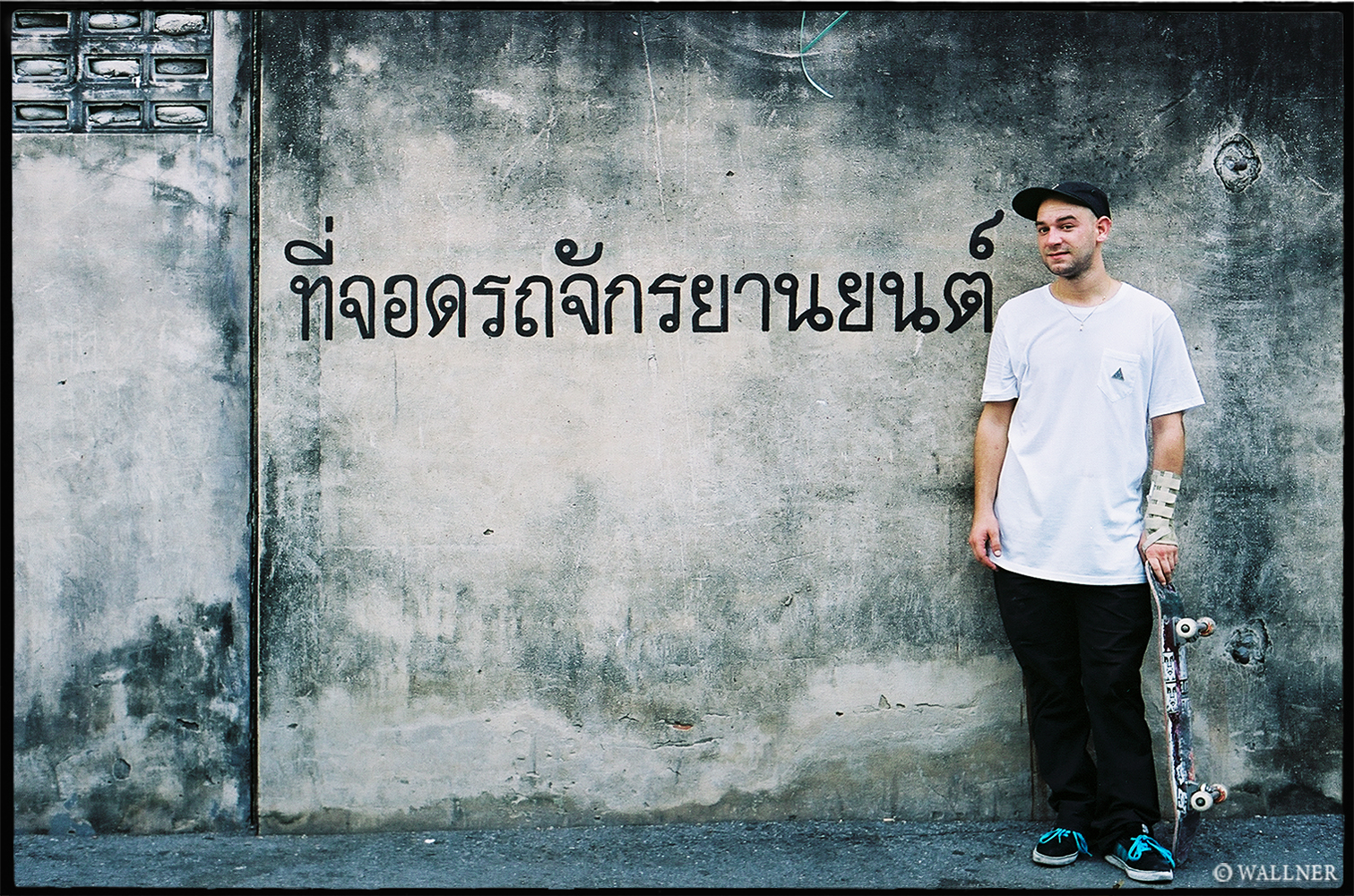 Gerard Gademann from Switzerland working on getting some clips to contribute towards the friends section of the upcoming Preduce film. 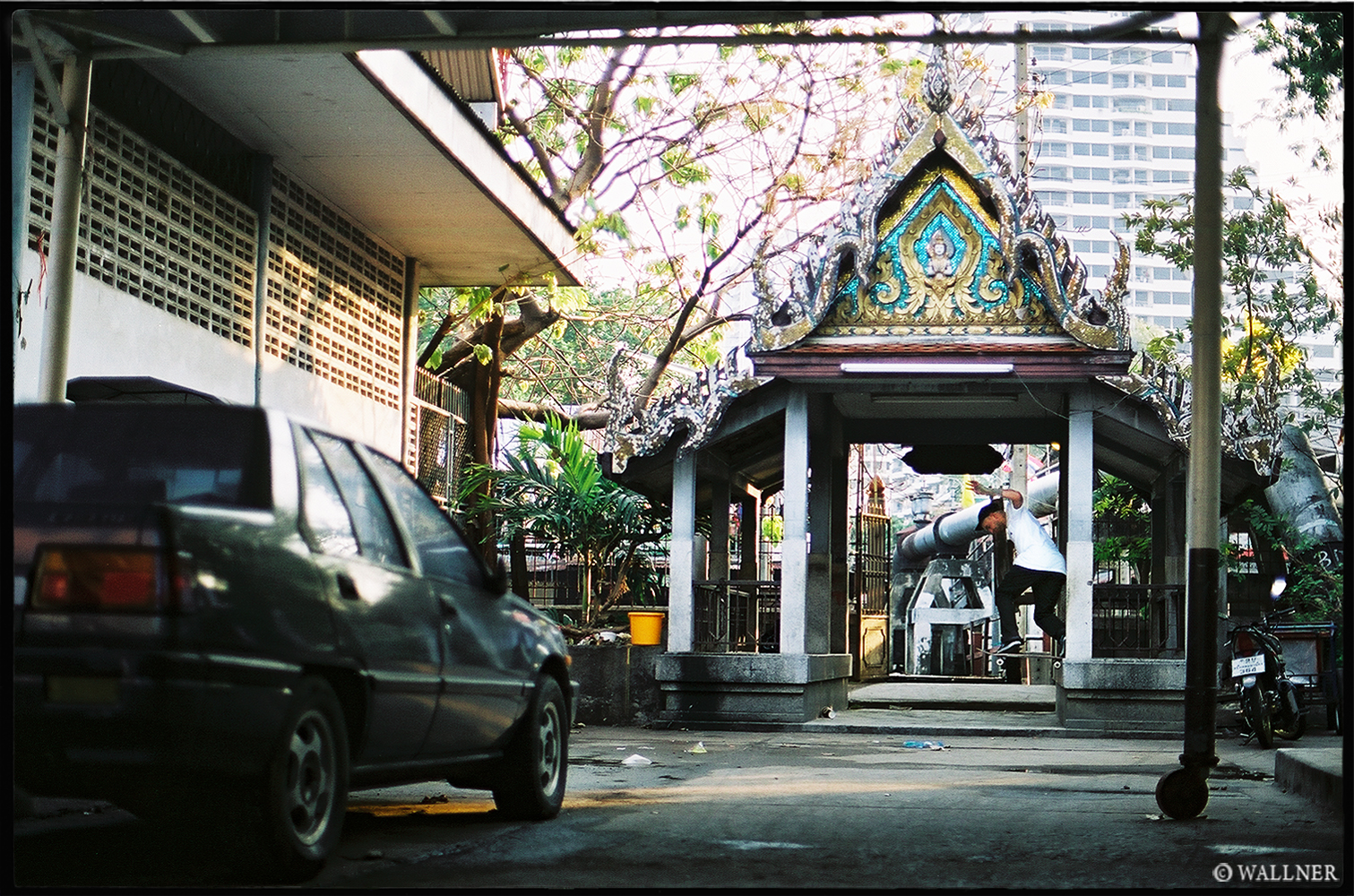 Backside Tailslide at a local ferry stop along one of the canals parallel to Phetchaburi road. 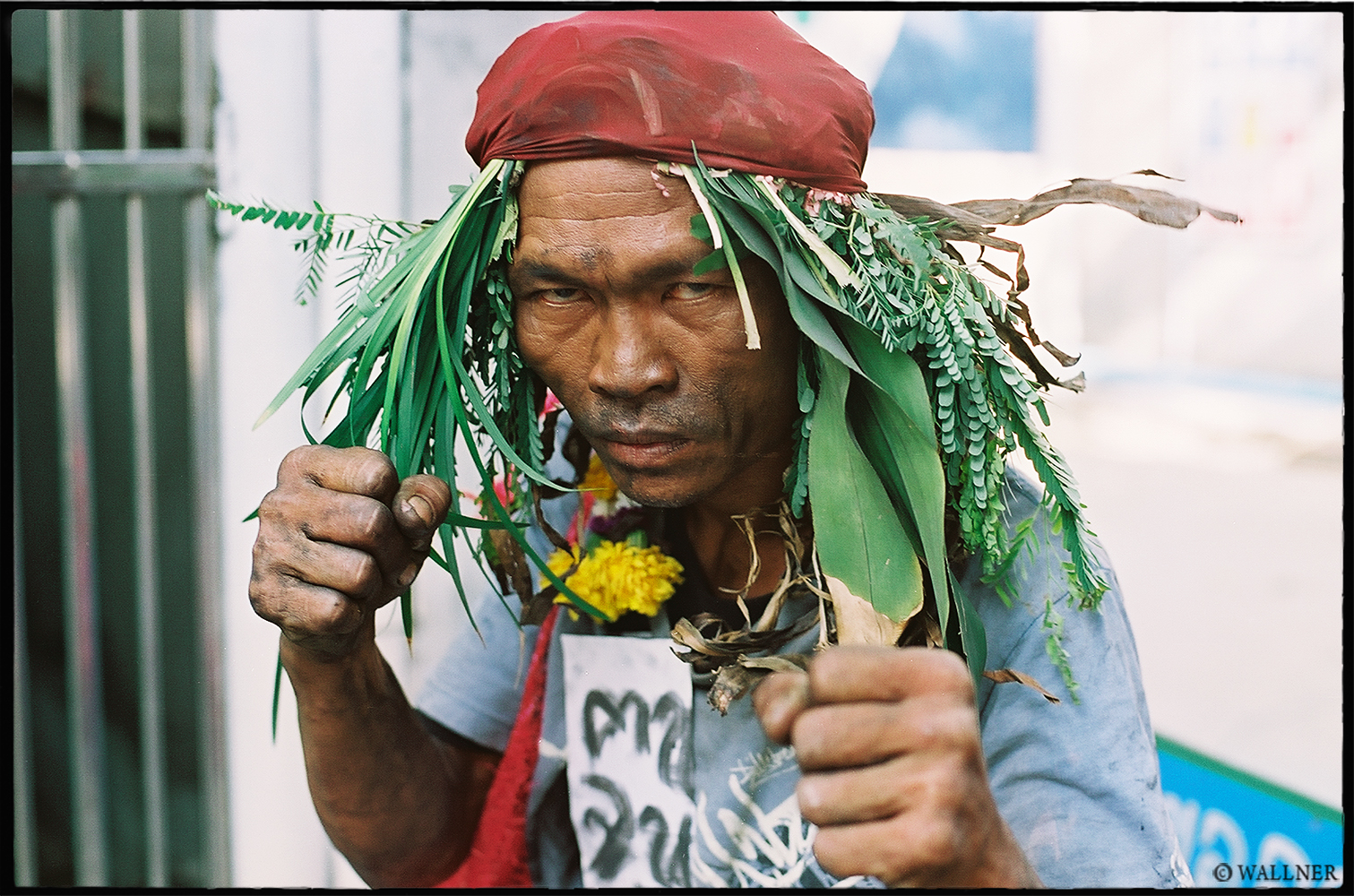 Bangkok is filled with various characters. 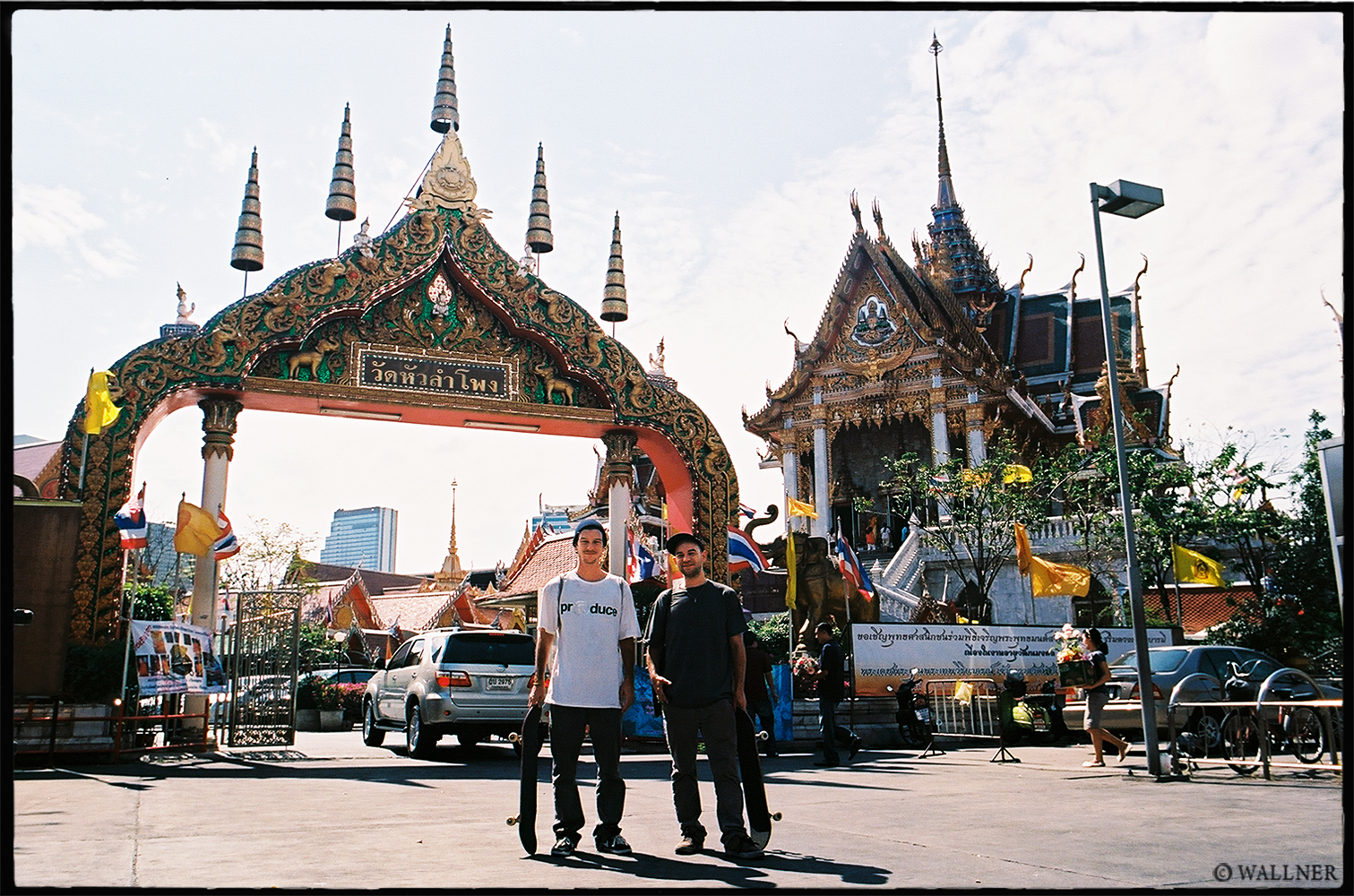 Leo & Gerard the two swiss, are always down to hunt for new spots within the outer boroughs of Bangkok. On this particular day we walked around ten kilometers and didn’t find one spot… 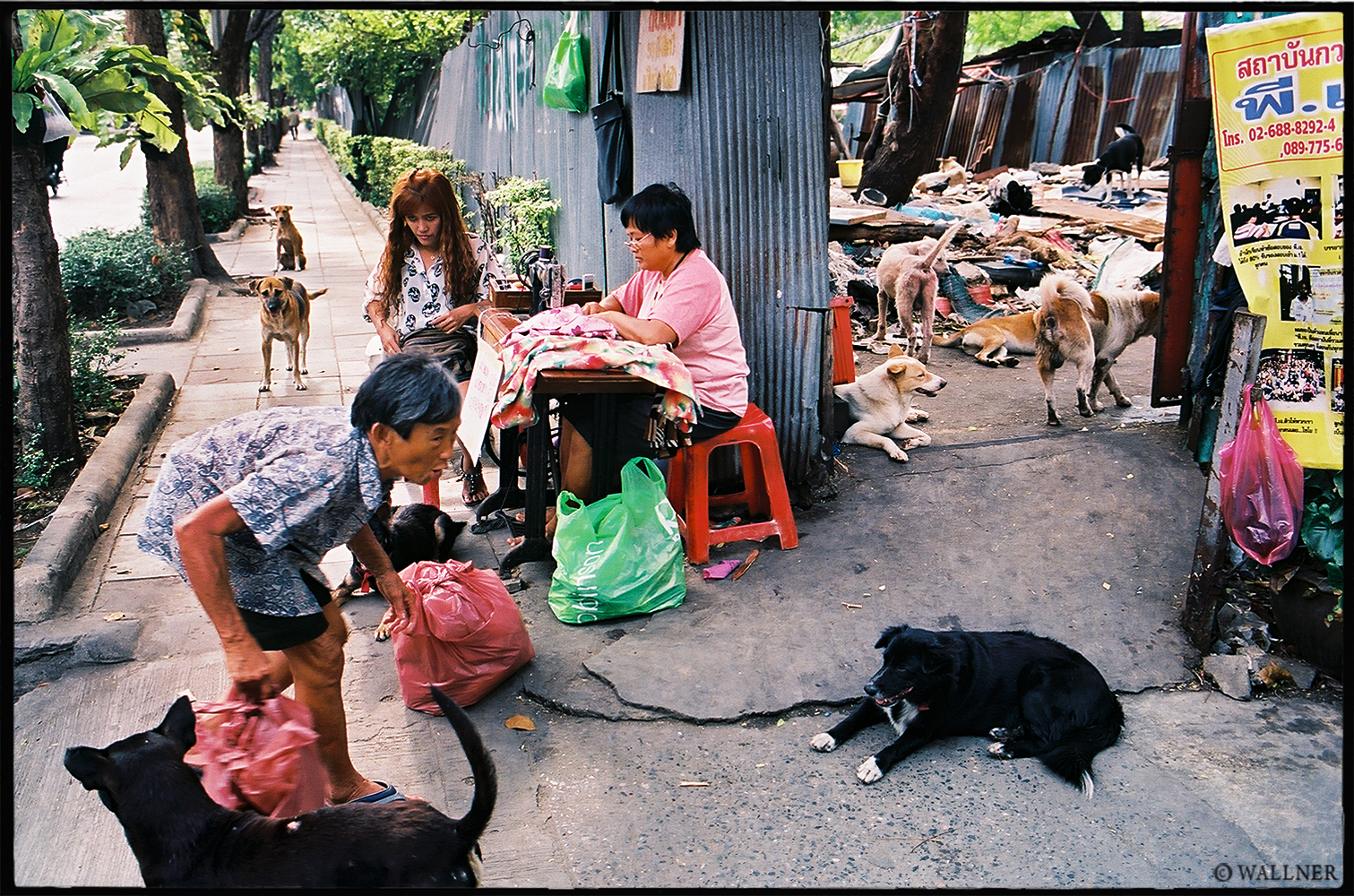 Eleven dogs in this photo… 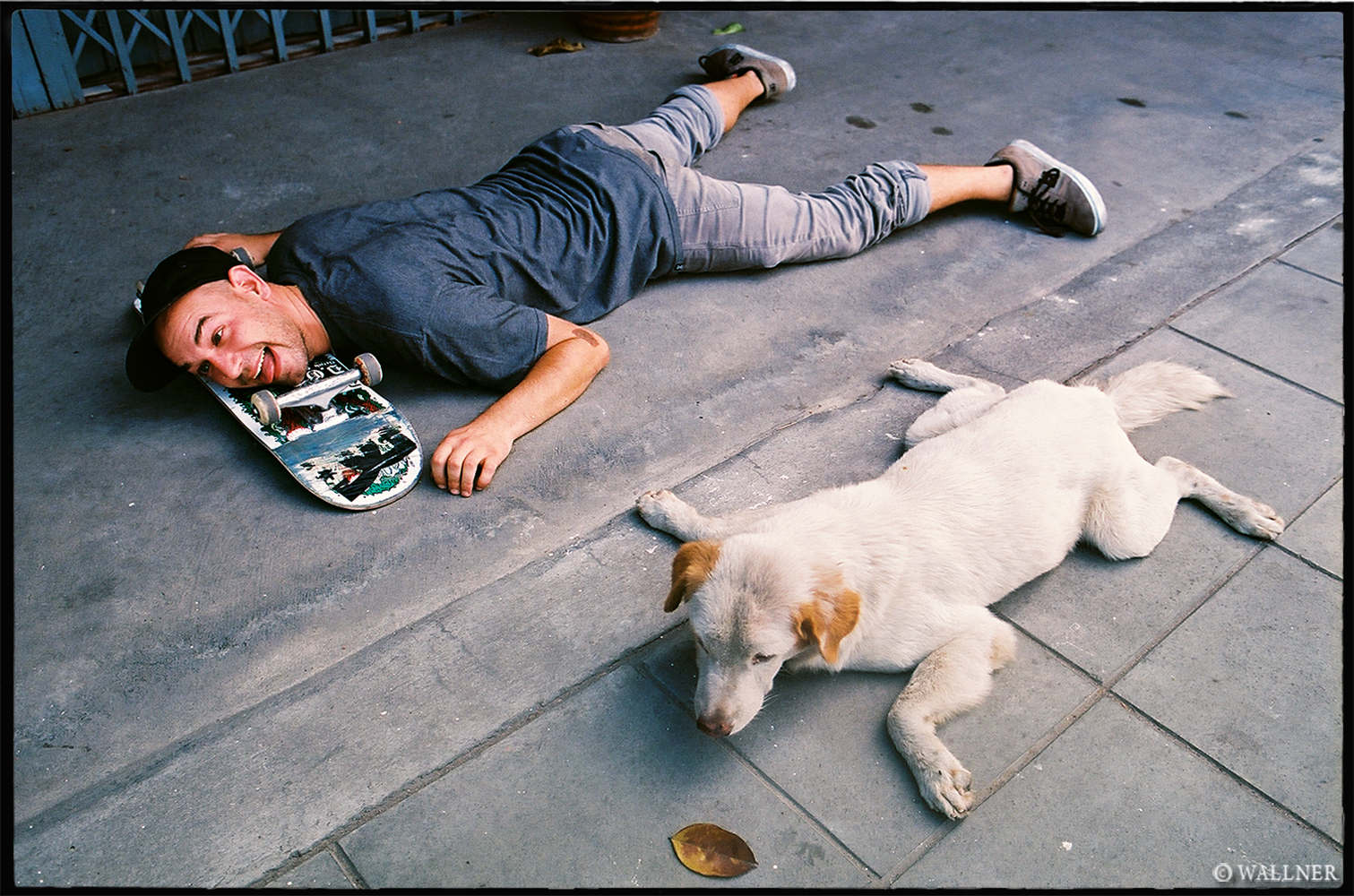 After walking for four hours and not finding a single spot, one can get tired. 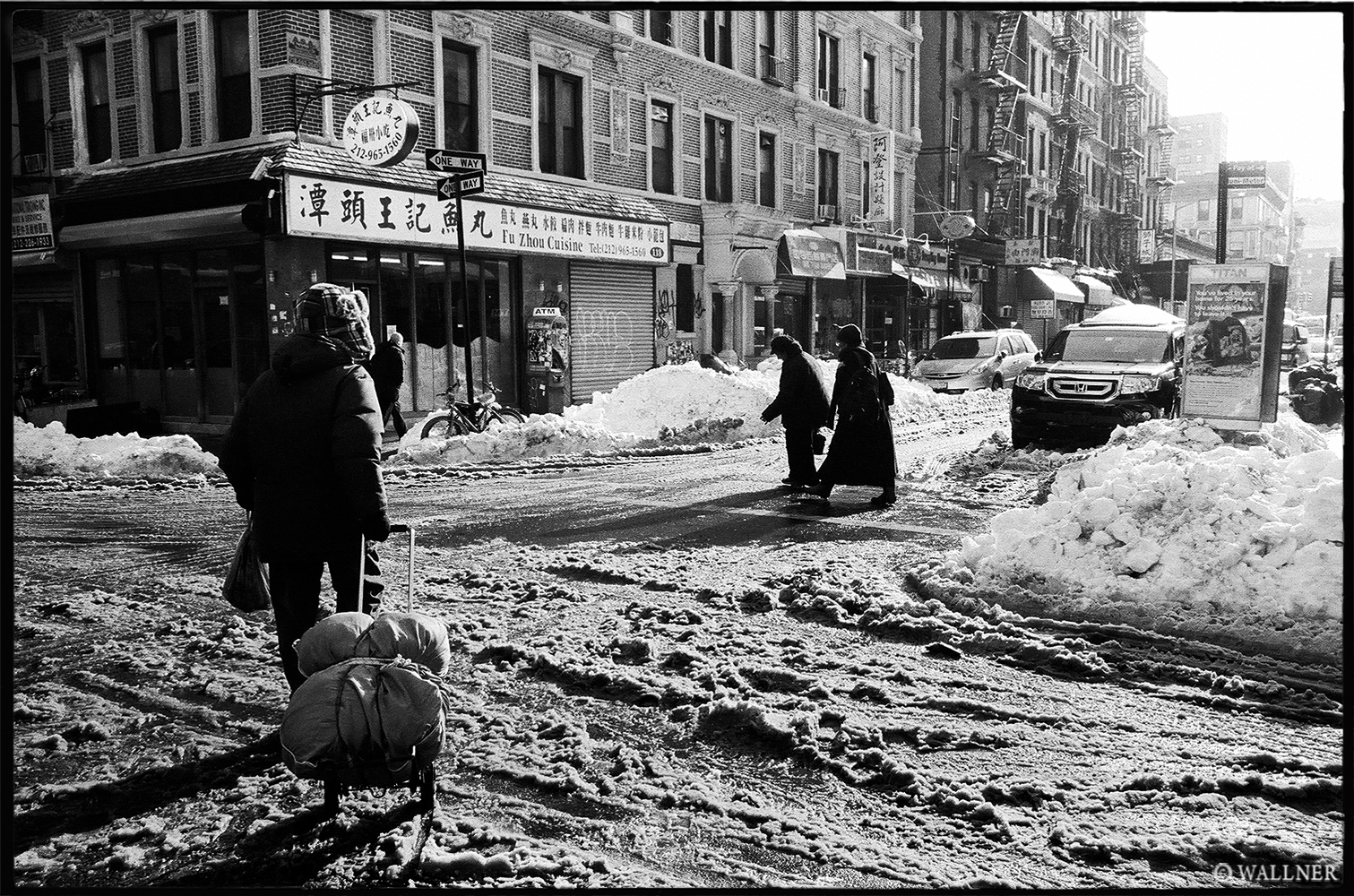 Flew 13,922 kilometers northwest to celebrate Christmas with the family in New York City. 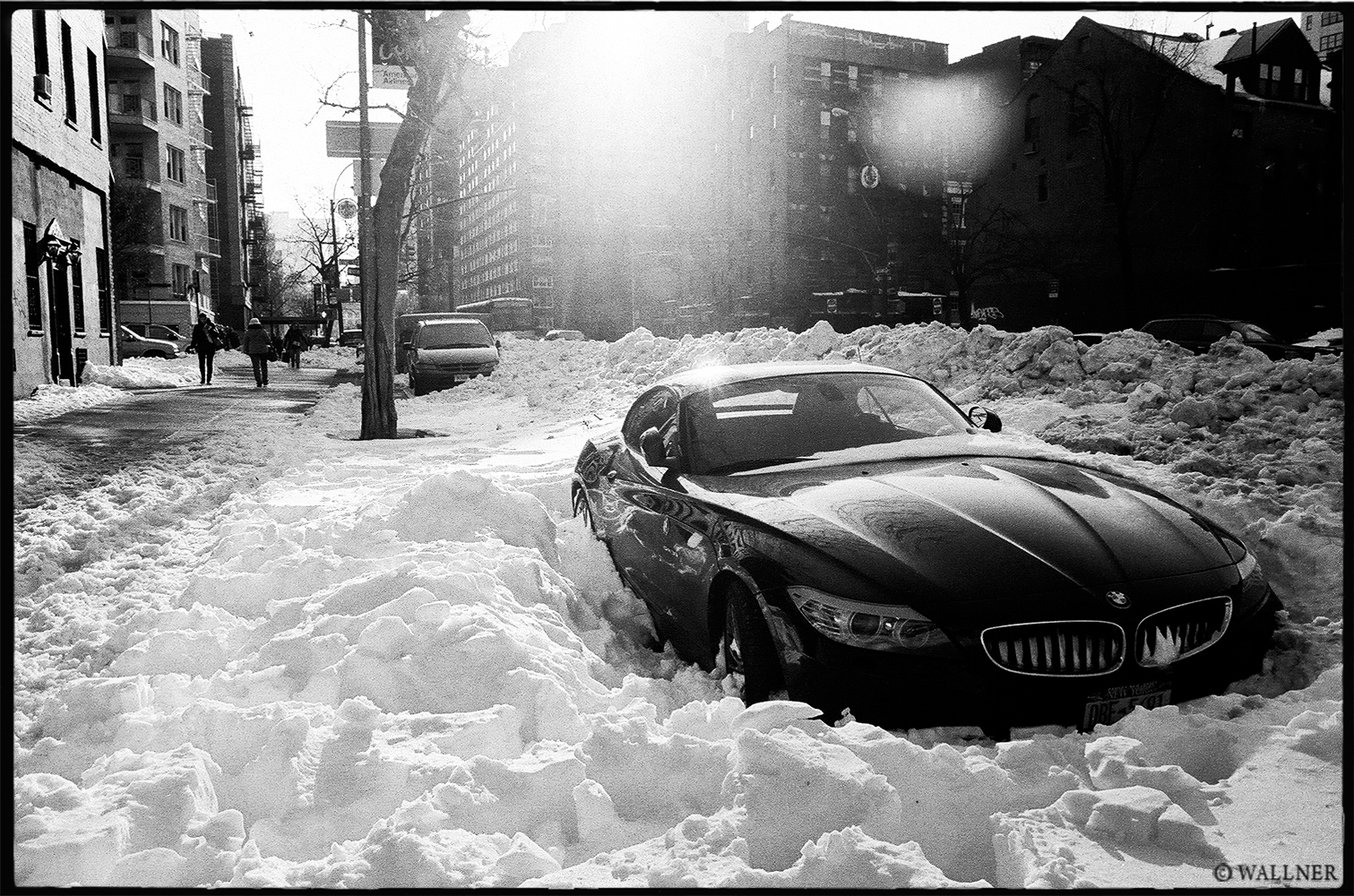 The Blizzard of 2010 hit hard. The East Coast was covered in snow. 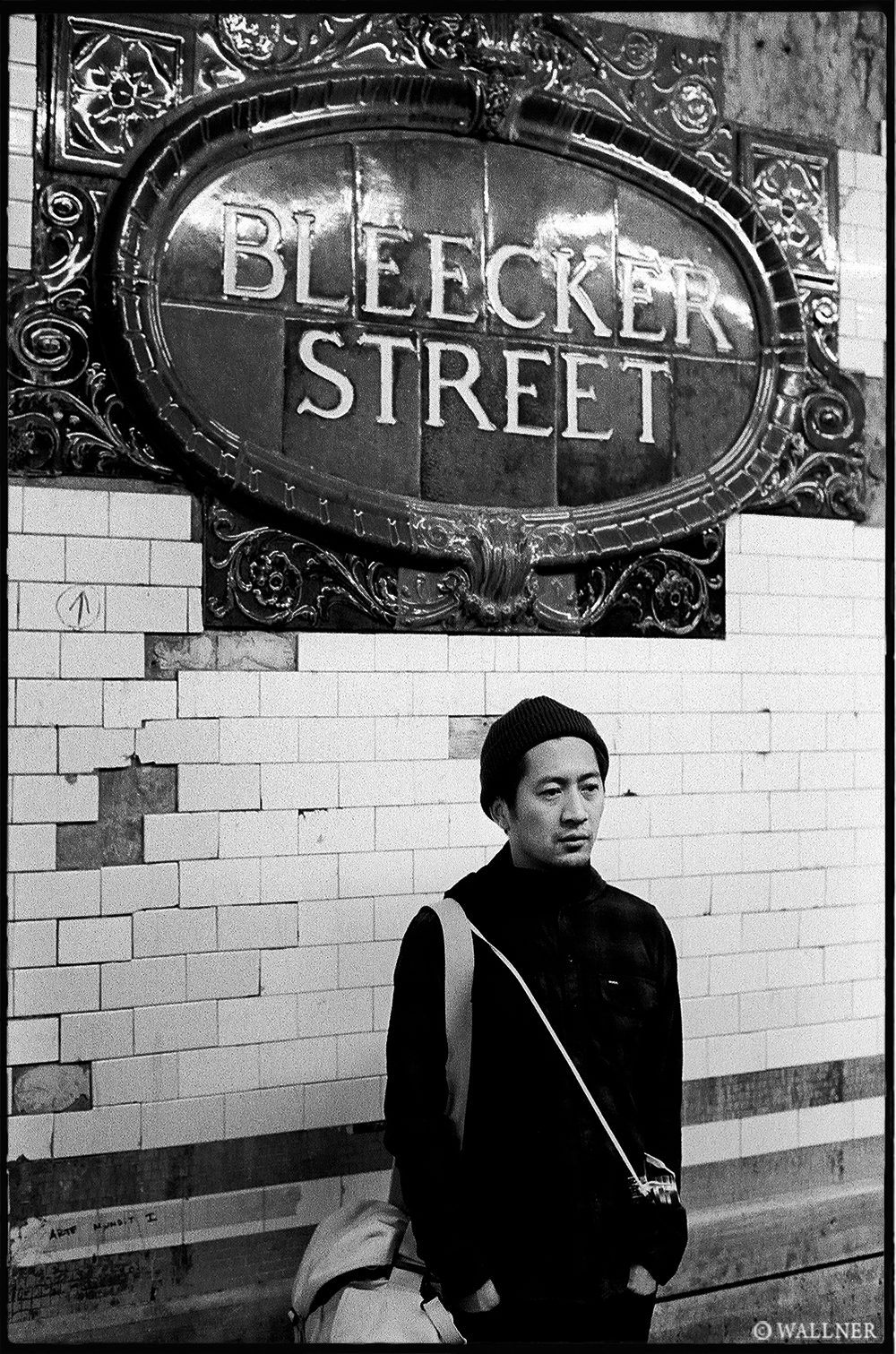 Eric Lai was over in New York for New Year Eve with his wife Darcy. 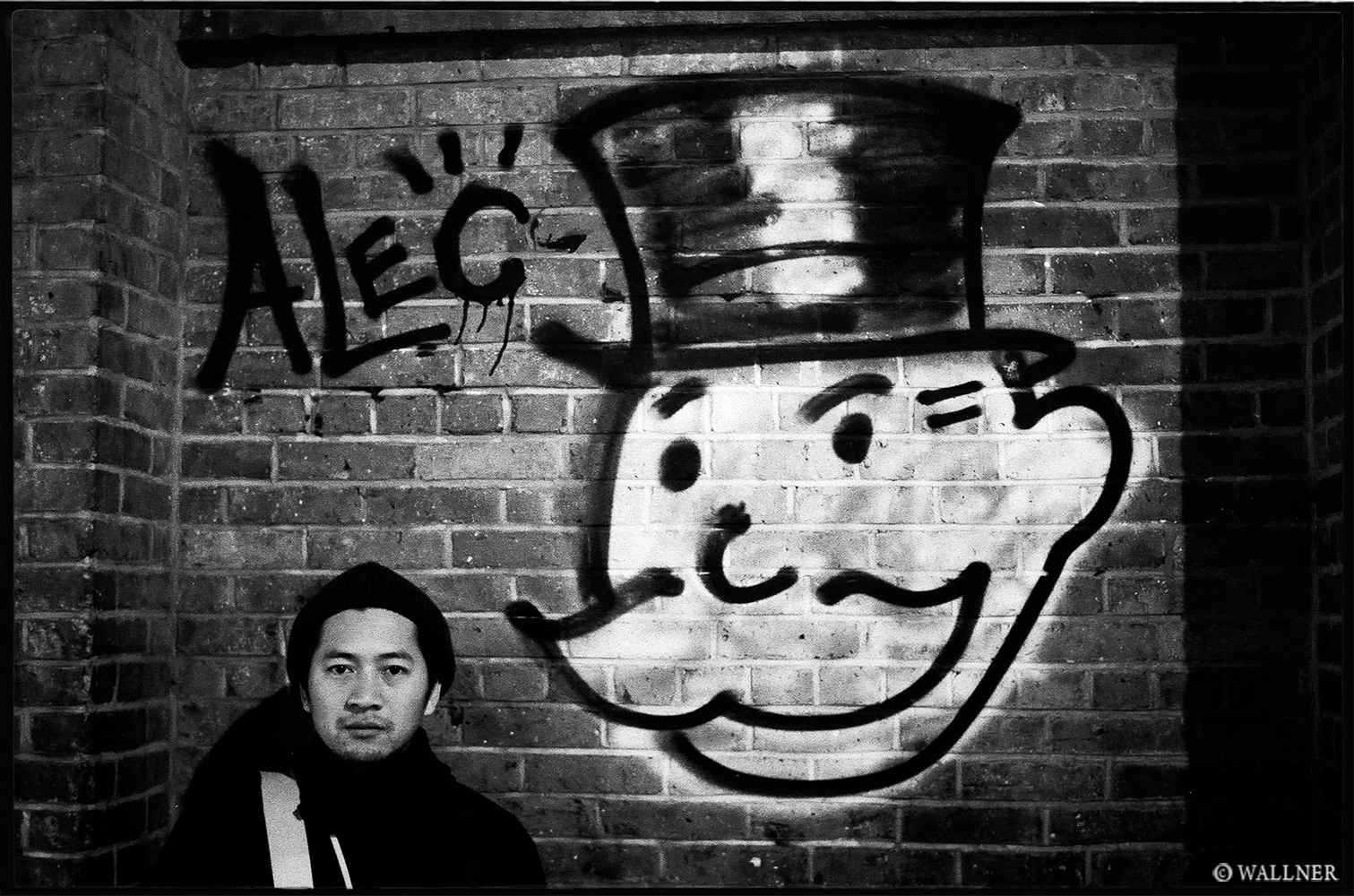 Eric with the famously known Rich Uncle Pennybags a.k.a Mr.Monopoly.

Oligarch Mikhail Borisovich Khodorkovsky, once the wealthiest man in Russia just had his second trail on December 30th, which added another 14 years to his imprisonment (including the seven years already served). His arrest was concluded to be a result of political motivation. He didn’t leave the country so that he can defend himself in court and fight for political freedom and the rule of law. Supporters got together at Union Square to spread a message. 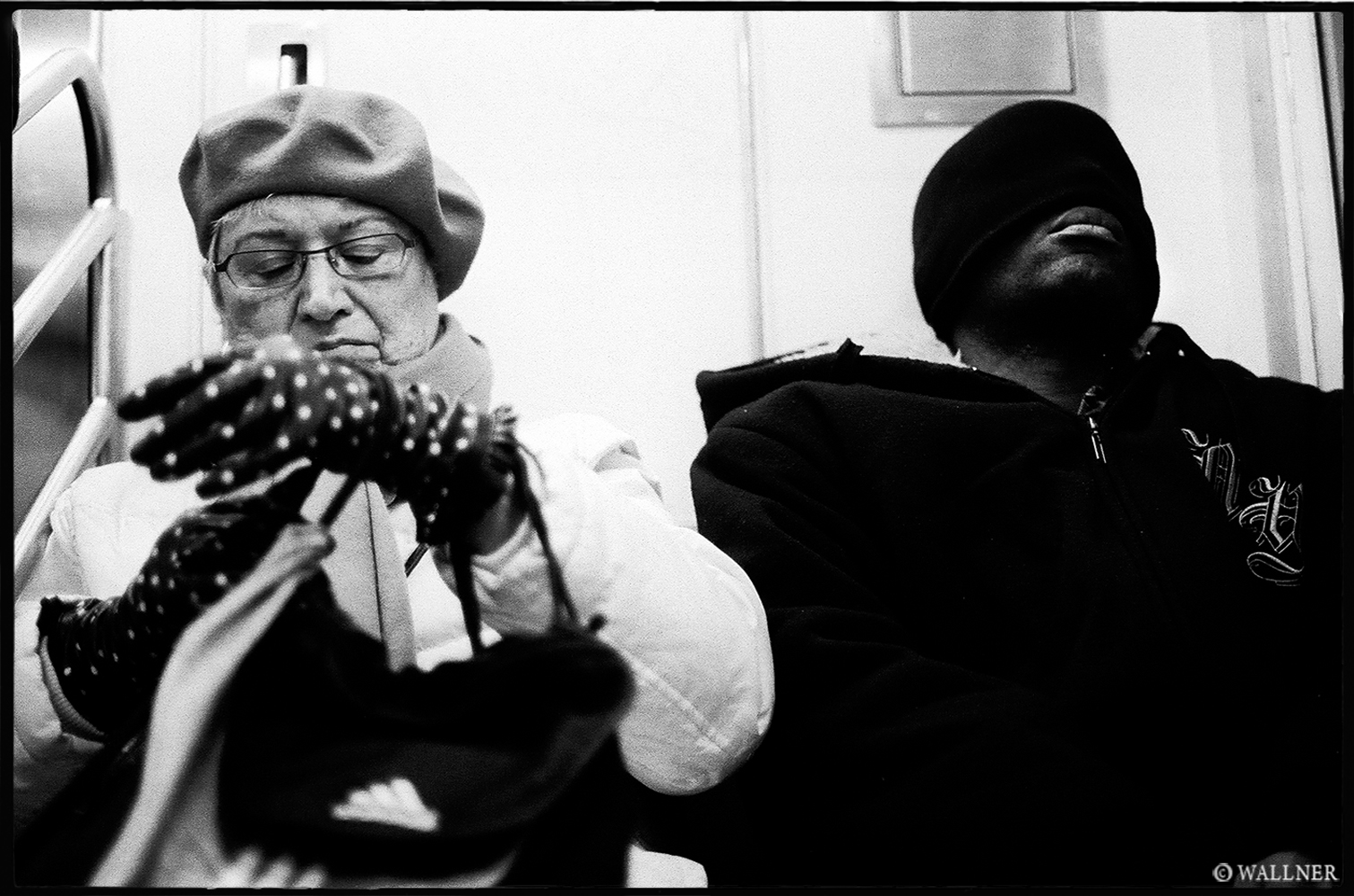 Manhattan has contrasts. Soho women taking a subway ride with tired Harlem fellow on the 6 Train on the Upper East side of New York city. 2010 is finished, can’t wait what 2011 has to offer!