Saluting Bill Jefferson in the Balkans 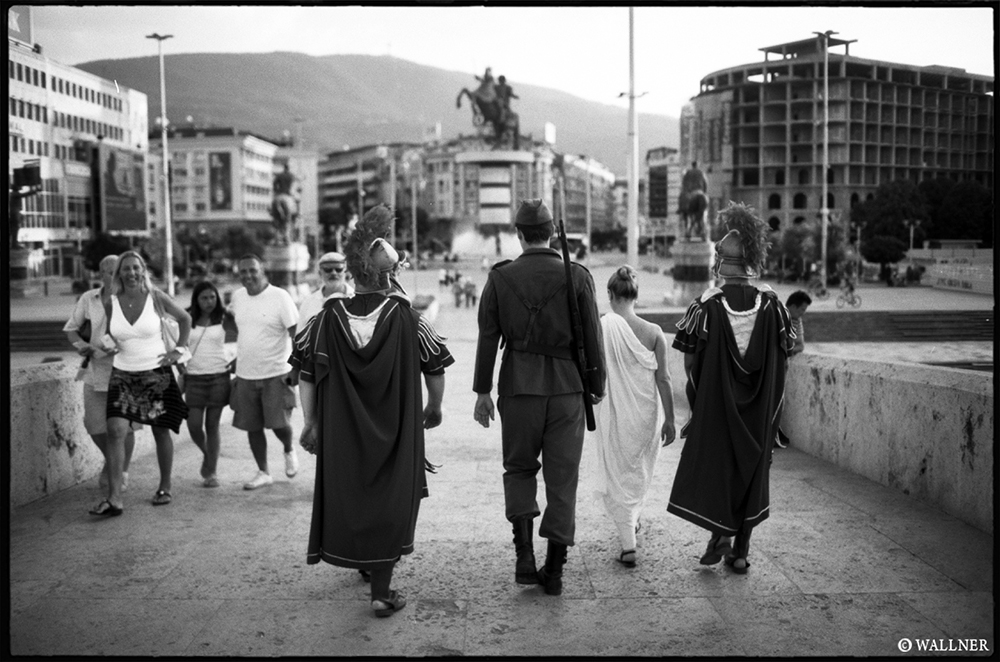 To top the ridicule of Skopje, the city even has ancient warrior look-a-likes lurking through the esplanade to feed off a more ancient vibe. 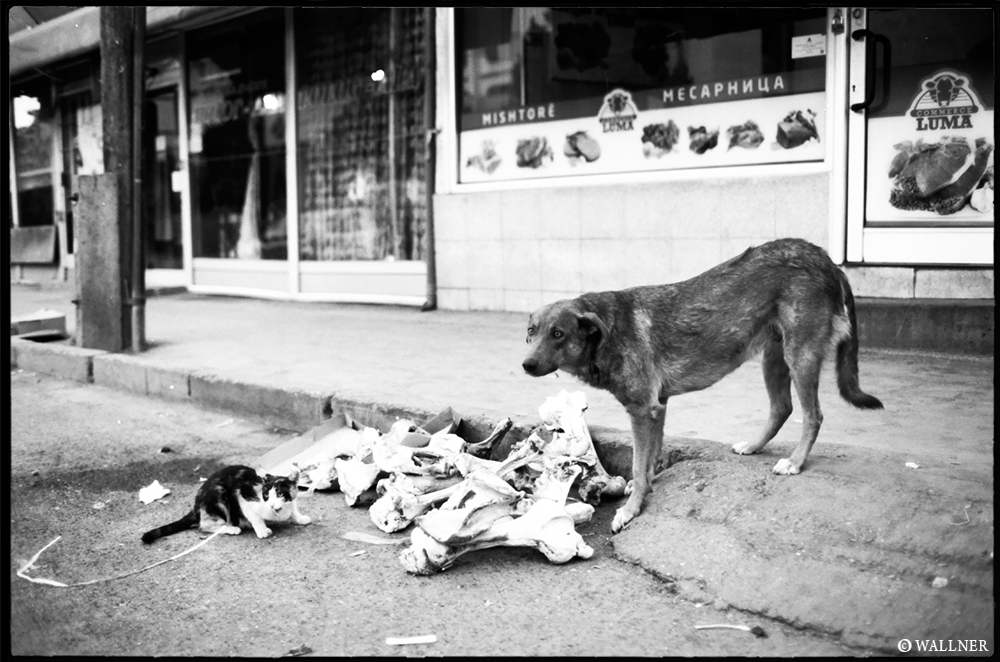 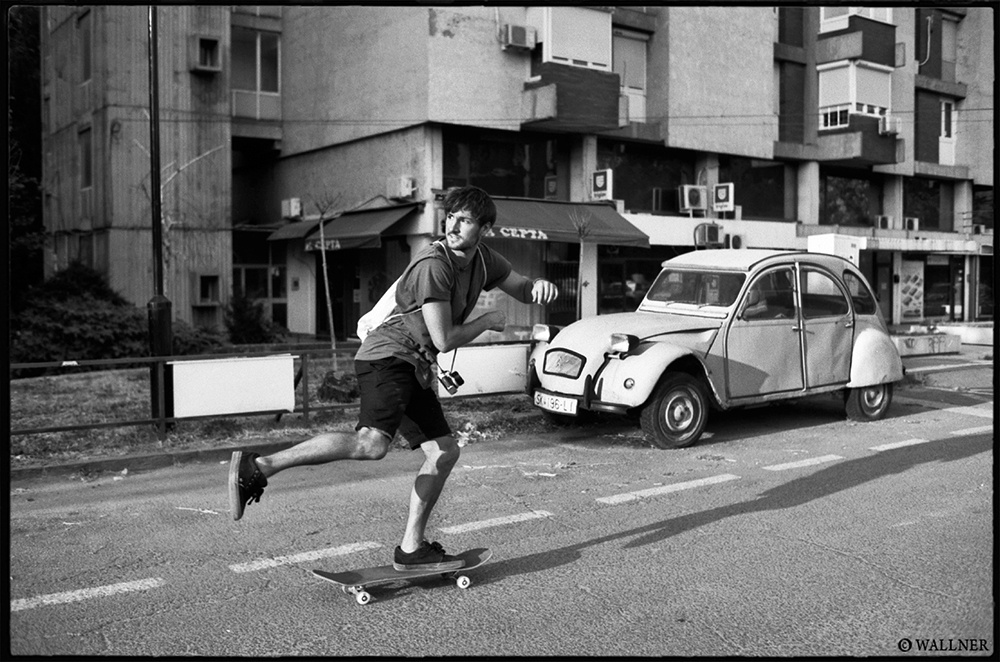 The statues in Skopje are so abundant, one feels like you are being watched from all corners. 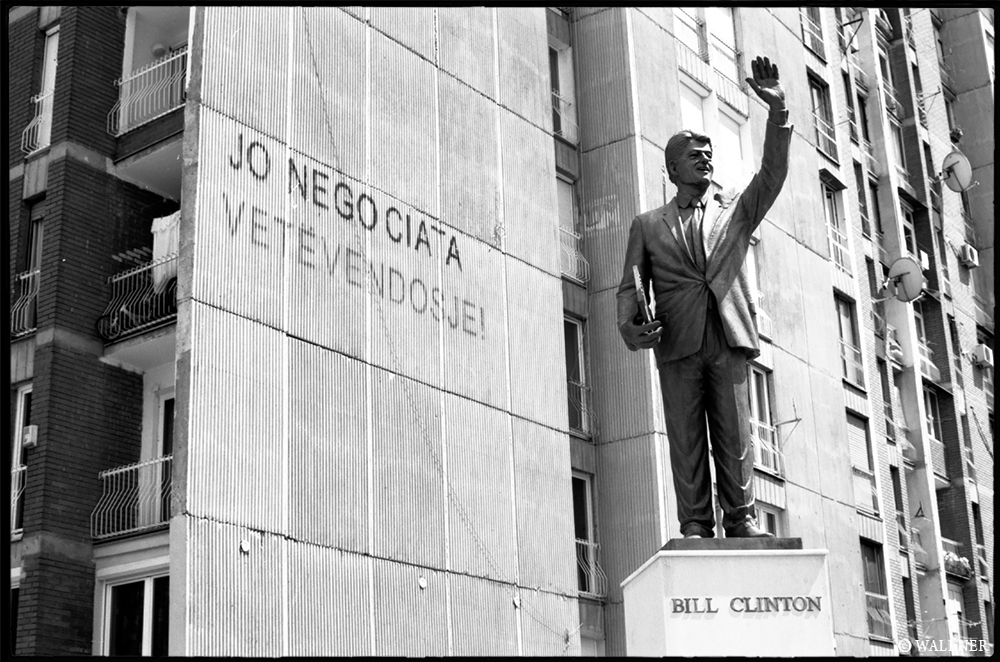 Bill Clinton’s inability to control his hormones which lead to many of his scandals, such as with Monica Lewinsky, might haunt him for the rest of his life, but one thing is sure, the ethnic Albanian majority of Kosovo couldn’t care less. William J. Clinton is pretty much a national hero in their history books ever since he took executive measures alongside the UN to strike the Serbs in 1999 when an act of ethic cleansing was about to extinguish many Albanians. 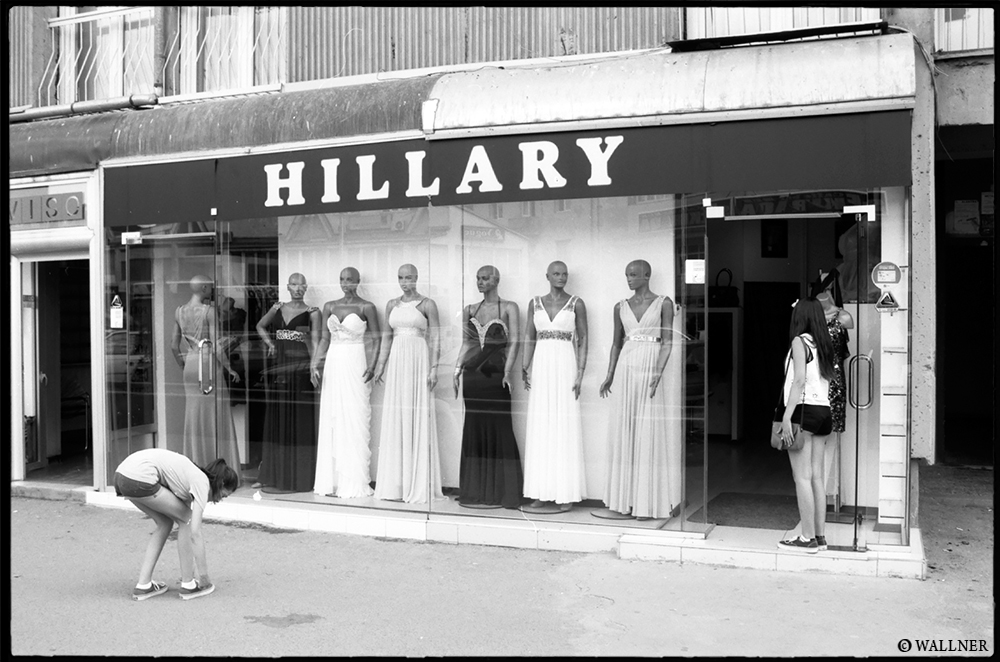 PBS released a three and a half hour documentary just recently about William. I took great pleasure in watching it while it also reassured my vision that Clinton was hands down one of the best U.S. Presidents for the past few decades. He might have made some bad choices in certain parts of his life, but the ‘comeback kid‘ always tried and tried again and I think he always just wanted to be remembered as a great president who improved his country. He helped create 22 million new jobs, grew the economy by 4% per year since 1993, lowered crime, paid of 360$ billion dollars of national dept. He created and accomplished a lot, but mostly all with the help of his wife Hillary Clinton, who stood by him even with all the repeated affairs which must have been hard to stomach. To pay respect to the first lady, one can find a fancy dress shop named after her on Clinton Boulavard in downtown Kosovo. 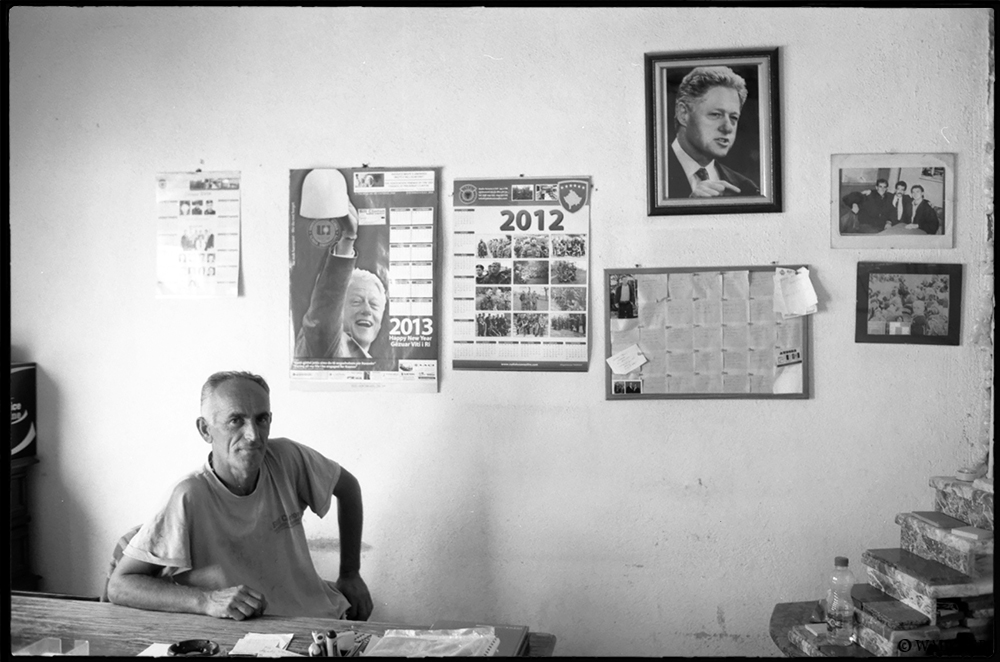 It must have been a tough decision to intervene within Yugoslavia considering that the aid (plus self interest in oil) that the US tried to help Somalia with backfired when two Black Hawks were shot down by Somali militia in October 1993. US involvement in foreign nations was frowned upon and William didn’t want to make the same mistake again in the Balkans. After waiting for a while and just listening to the ferocious war crimes committed, such as massacres, concentration camps, use of child soldiers, destruction of religious settlements, organ thefts and so forth, the UN (with the US) agreed to step in at the end of March 1999 to help liberate the Kosovarians. Till this day you can find stores around Kosovo called after Clinton or have portraits hanging of the beloved forty second president of the US. 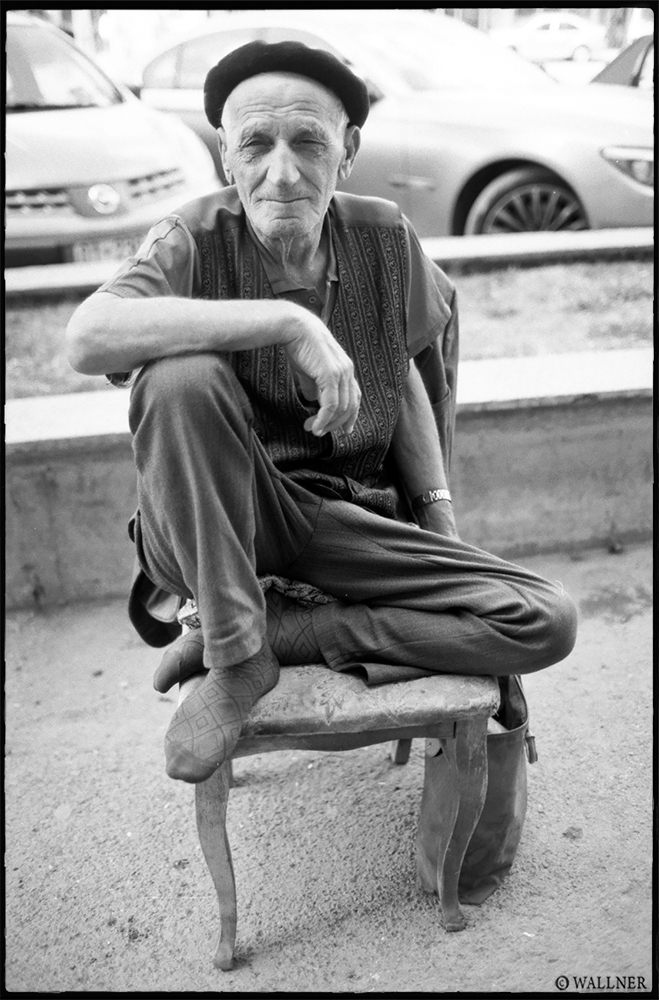 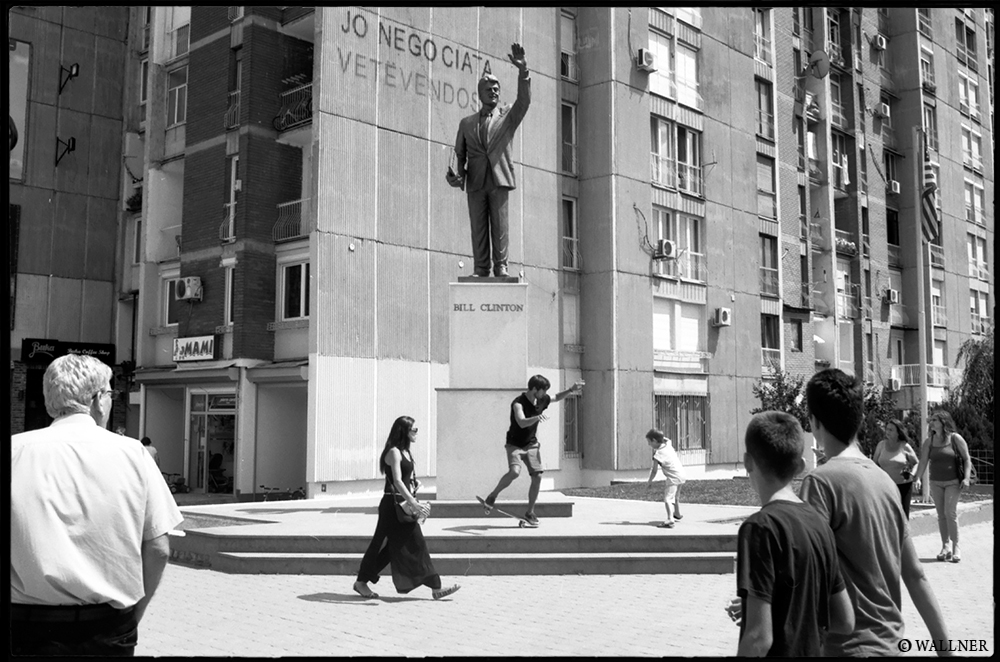 Not often does one get a chance to nose manual below a statue of a US president in the middle of the Balkans. 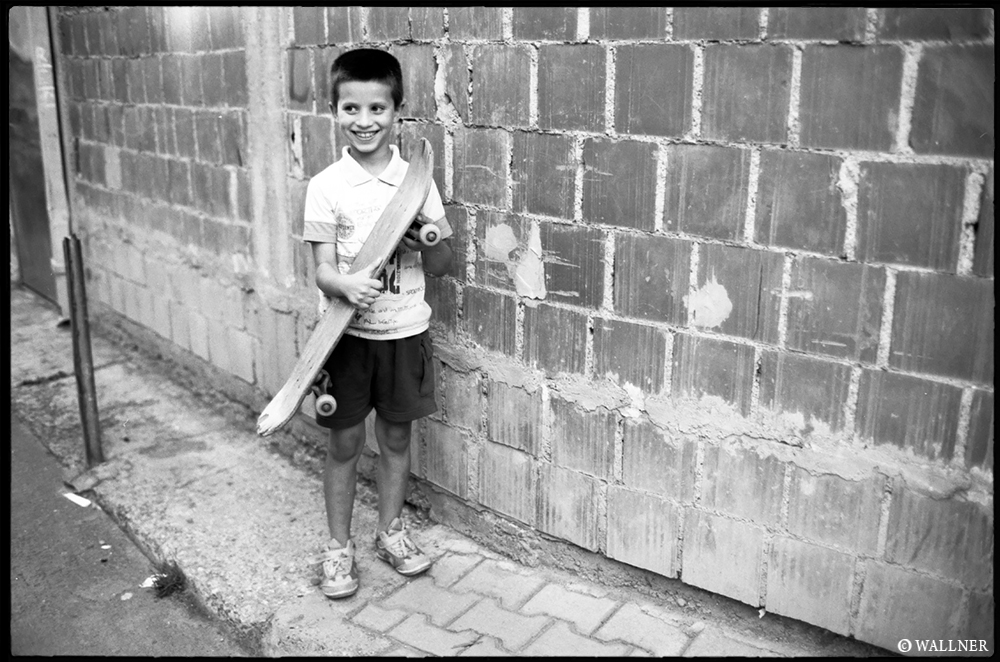 I first started skating while I was on holidays with my uncle’s family in Croatia, which is not so far from Kosovo. I recall I was playing on my board daily and out of no where a local kid came by and kicked his board and turned it 360 degrees which blew my mind. He sparked my motivation in learning a kickflip. Thirteen years later, I try my best to talk to the local kids when I have energy and show them some tricks. Tobi and I would approach these Albanian kids and give them some tips. One time Tobi borrowed their board to show them how to kickflip and broke it by accident. All of us couldn’t believe what happened, trying to do a good deed which ended with a broken board. 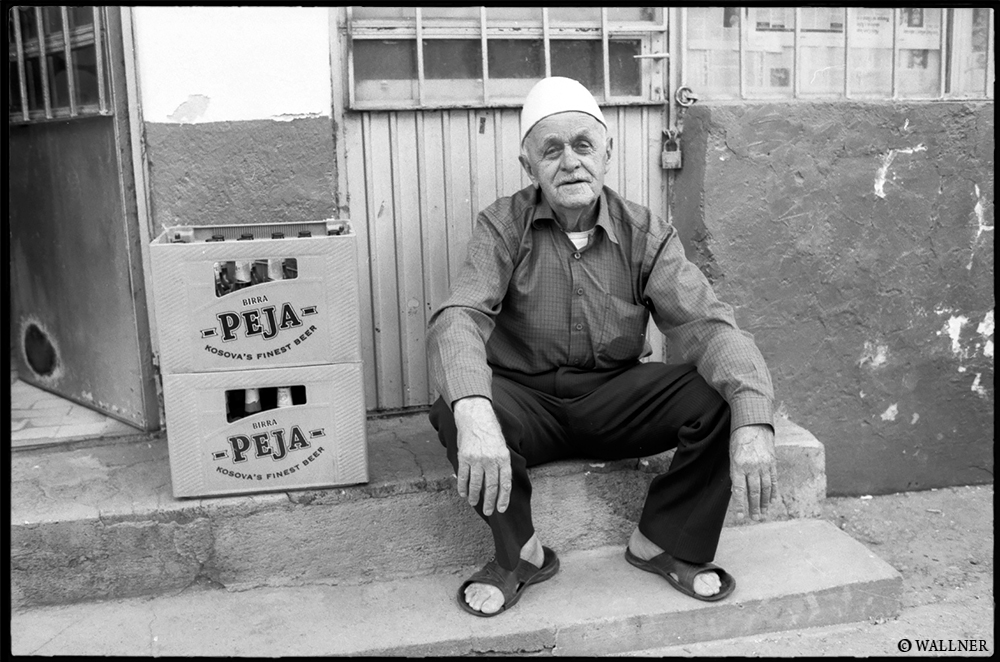 Kosovo is the second youngest country in the world with almost all of Western Europe, Australia, North America and northern parts of South America and Africa recognizing its existence since February 7th, 2008. Obviously many countries who themselves hold tensions resulting from civil diversity within like China, Spain & Russia oppose the independence. Many maps will still draw Kosovo within Serbia and even Google Maps divides Kosovo with just a dotted line to be political correct in both views, but also probably to just stay out controversy. 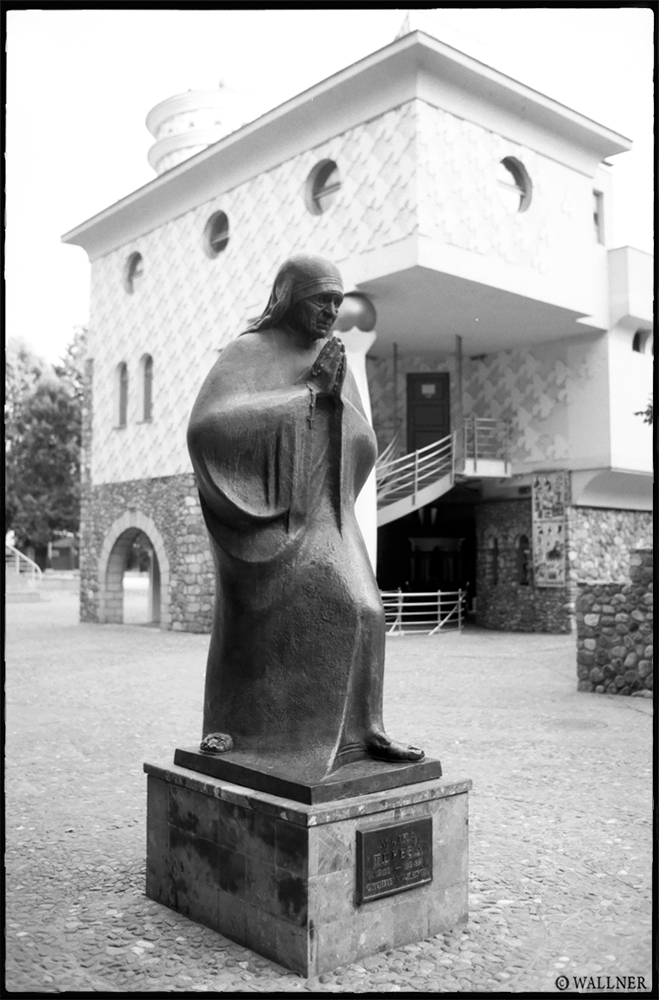 Mother Teresa or also known by the title of the Blessed Teresa of Calcutta was born 1910 in Macedonia with Albanian background. She was an avid peacekeeper and would of been happy to see Kosovo independent. War upset her but almost nothing bothered her more than abortion. During a visit to the White house she personally asked Hillary to not support the legalization of abortion. She described it as ‘a war against the child‘. 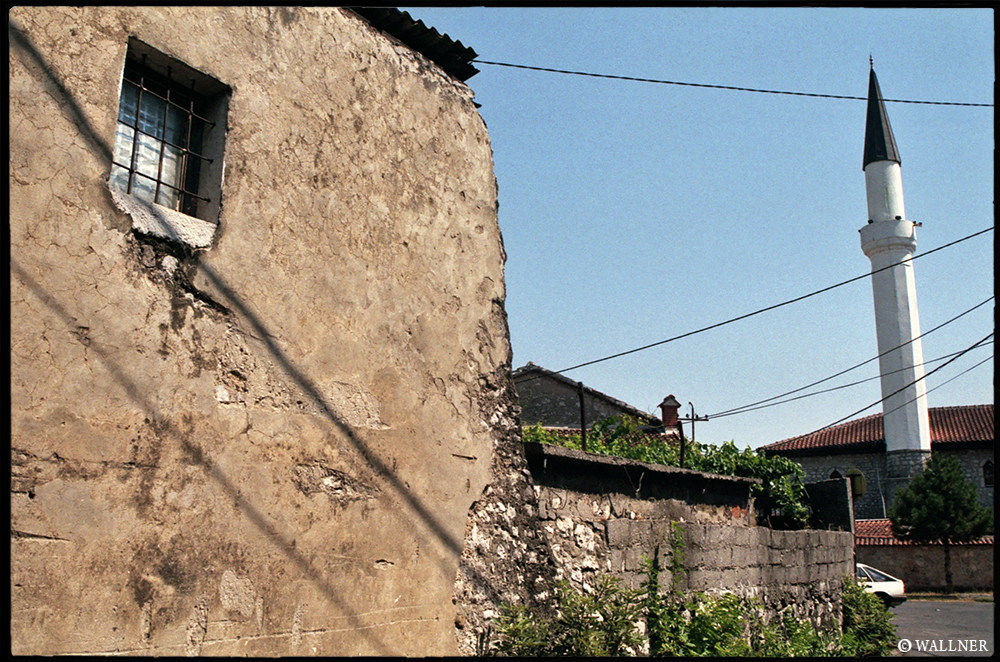 After a couple days in Kosovo, Tobias had to depart to go to Austria (at first attempt trying via Serbia, which didn’t work out since Serbia denied entrance with a Kosovo Stamp in his Passport). I made my way westwards to the capital city of Monte Negro to catch a connection to Sarajevo. While one can’t really give justice to a city while only visiting it for a day, I must say Podgorica did feel like a town rather than a capital. 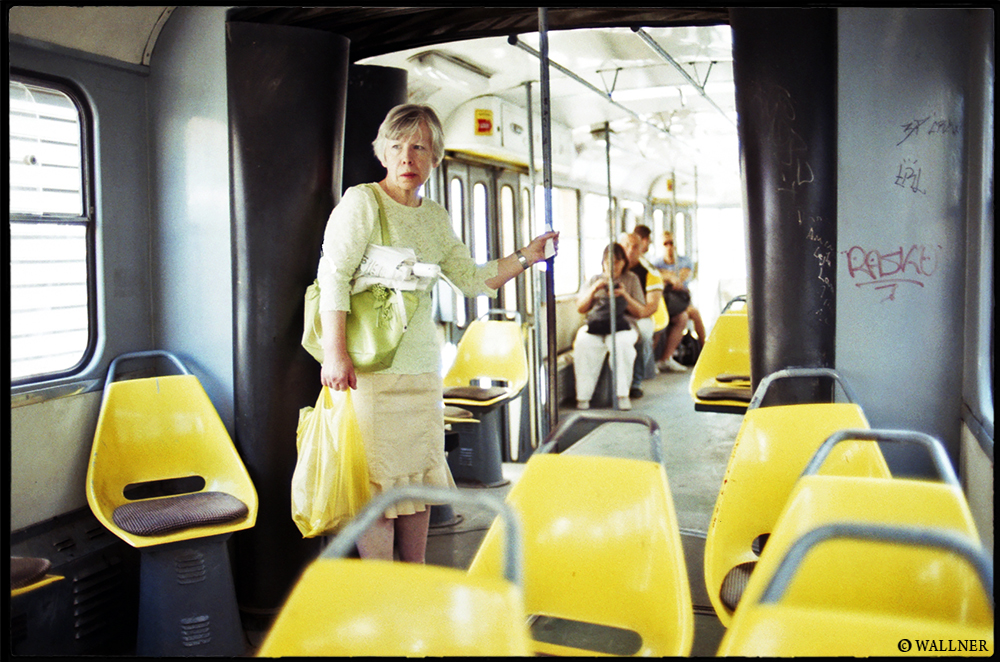 After numerous bus rides I have reached the destination I was most looking forward on this trail south to north through the Balkans, the Jerusalem of Europe, Sarajevo. Founded by the Ottoman Empire, Sarajevo was a city which bared many religious beliefs such as Catholism, Islam, Orthodoxism and Judaism without confrontations.

Bosnia and Herzegovina’s Sarajevo has ‘it‘, what makes a city exciting and visually pleasing. Similar to hilly cities like Istanbul & Tbilisi, one can witness history just by looking at the walls and the architecture. 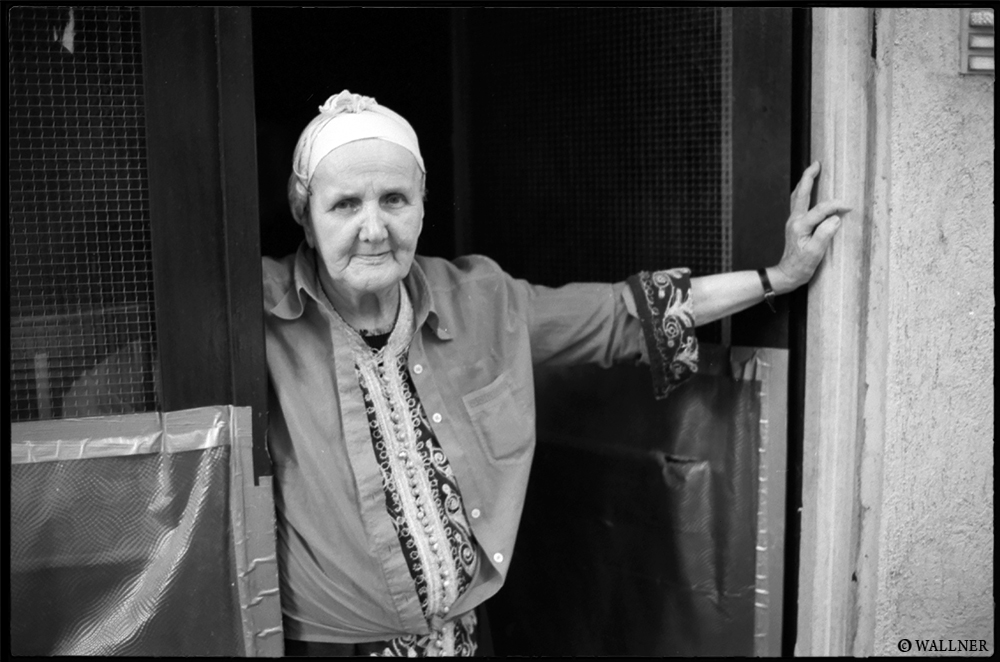 Sarajevo was pretty much taken hostage by the Serb forces of the Republika Srpska and the Yugoslav People’s Army. Since the city lies in a valley, the Serbs had snipers set up along the hills, terrorizing its citizens from 1992 till 1995. Around 40,000 civilians (many of them being Muslims) were murders brutally during the Bosnian War.

Barbara Demick became one of my most seeked for authors. After reading Nothing to Envy, which is true stories of North Koreans defecting the hermit Kingdom, I knew I had to read her first book which is also stories put together by survivors of Sarajevo. In Logavina Street: Life and Death in a Sarajevo Neighborhood, Barbara visits one street in Sarajevo during and after the war and interviews all the surviving men, women and children and combines their stories in nail biting two hundred thirty pages. If you don’t have anything to read for the winter, here is a hint! 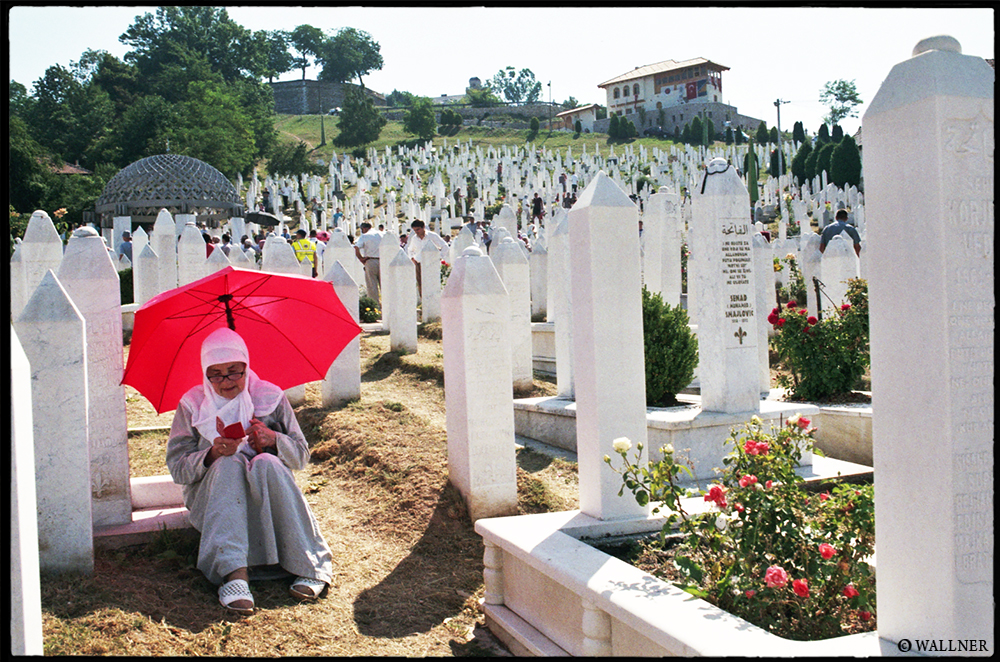 Having read Logavina Streets, I was compelled to stay close to it. I stayed in a hotel only a couple blocks away and found myself walking up and down the street wondering how scary life must have been in the early 90s on this exact street knowing every time you would leave your house some Serb from a distance might pull the trigger. One day I got up to buy a new toothbrush and while walking up to the store I ran into a ceremony at a hillside graveyard in memory for all the casualties which are sorrowed after around the end of Ramadan, also known as Eid il Fitr. 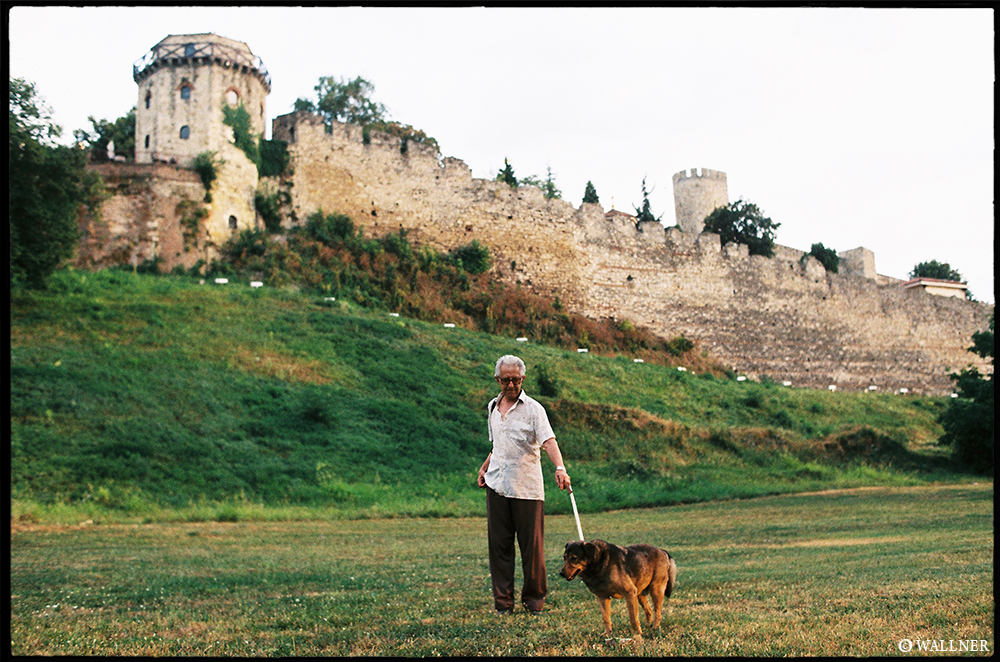 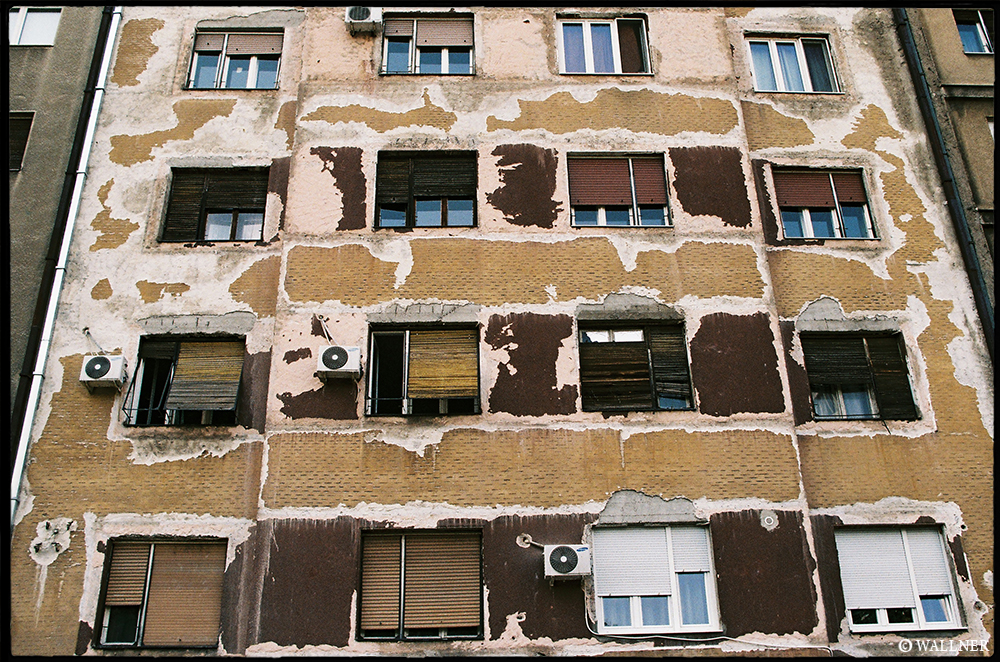 A couple months ago, Michael Mackrodt and co. went on a Balkan trip for Kingpin Magazine and came back saying that Belgrade was the best city out of them all. The city doesn’t sleep, behind all these curtains people are raging. 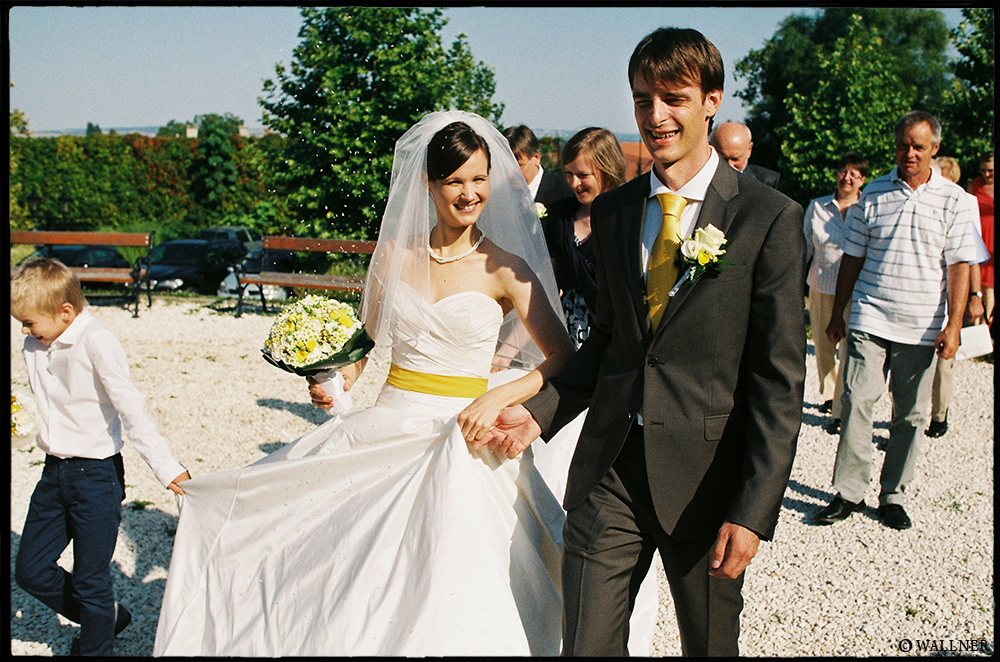 Congratulations Bianka and Pali! I was summoned to be a witness for my sisters lovely wedding outside of Budapest, Hungary.