The Arirang the grandiose eye candy 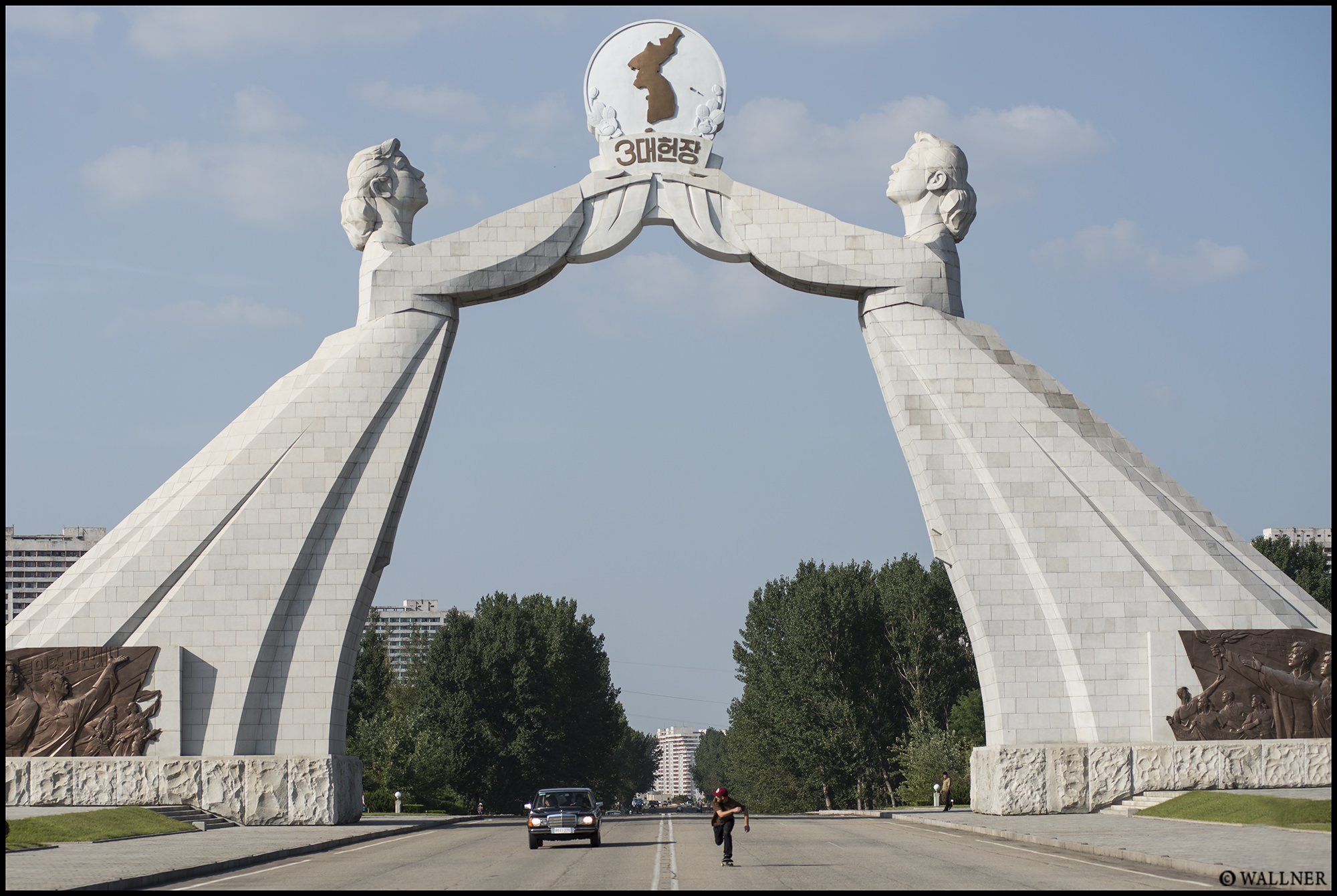 North Korea has somewhat of a magnetic pull, each year I find another reason to go back. It’s not like I miss the typical museum visits, the cold soups or the hotel curfew for outsiders. There is something magical about the simplicity of the surroundings, the photogenic magnitude of the statues and murals and the feeling of being within the last unchanged socialist regime still standing twenty two years after the Soviet Union collapsed. But it’s funny that skateboarding is still one of the main reasons pulling me back to the Hermit Kingdom. When I heard that Pyongyang was building a skatepark, it was an indication to go back. Eric Lai, Henrik Svan and I took a train over from Dandong for a sneak peak. Above you can see the first Swed to be pushing underneath the Arch of Reunification. 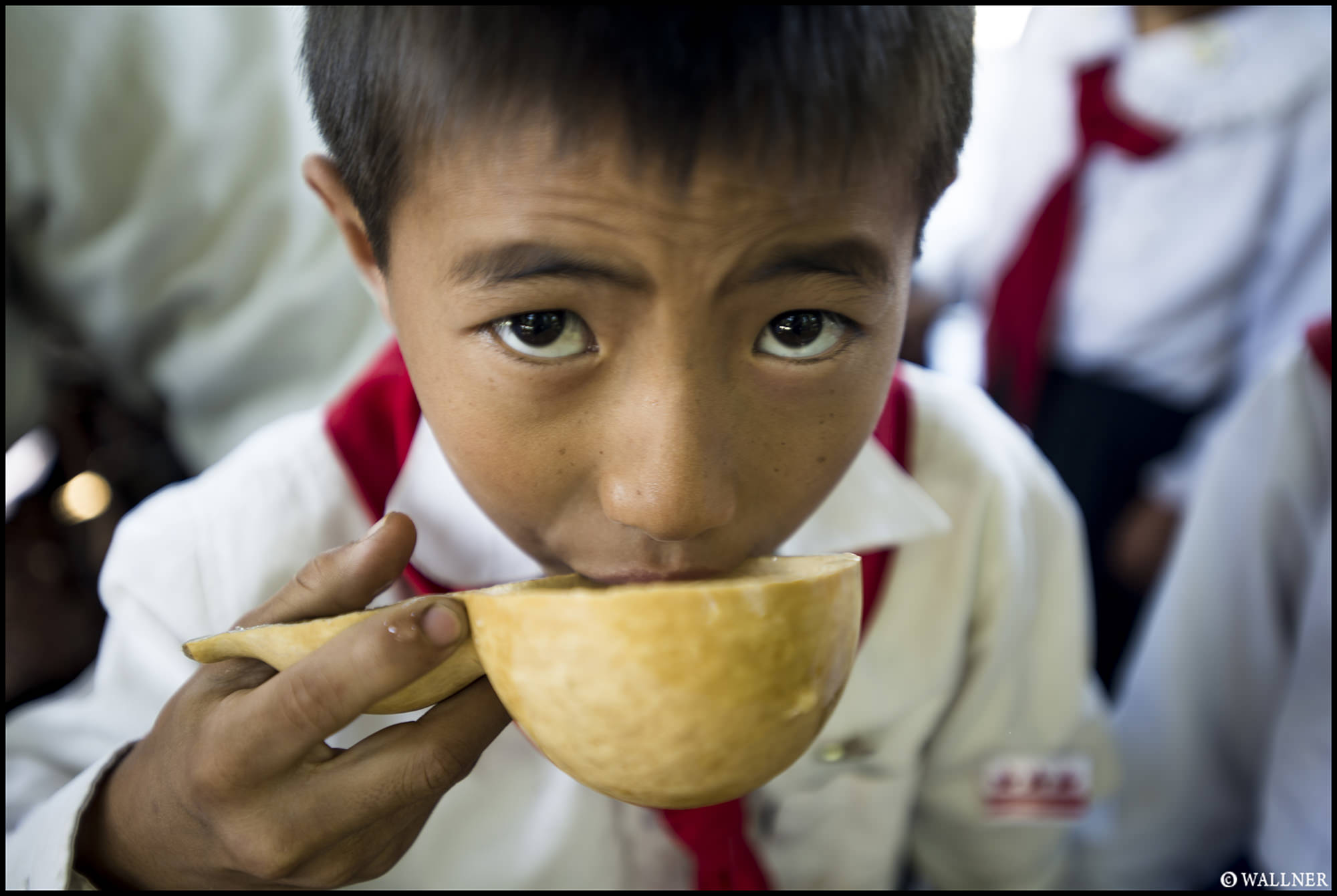 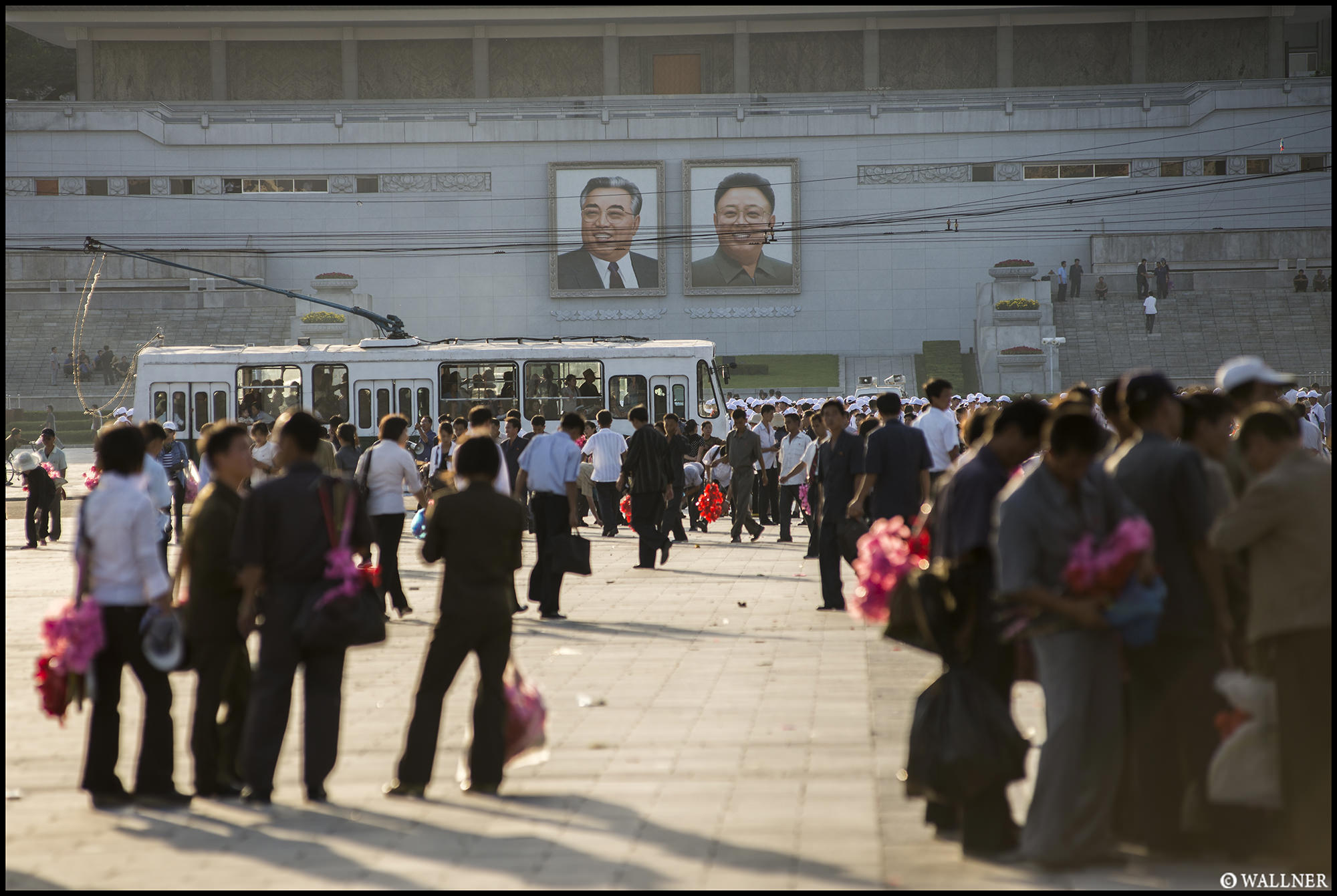 A busy Kim Il-Sung Square, about to get ready for a show for its 65th anniversary of its independence. 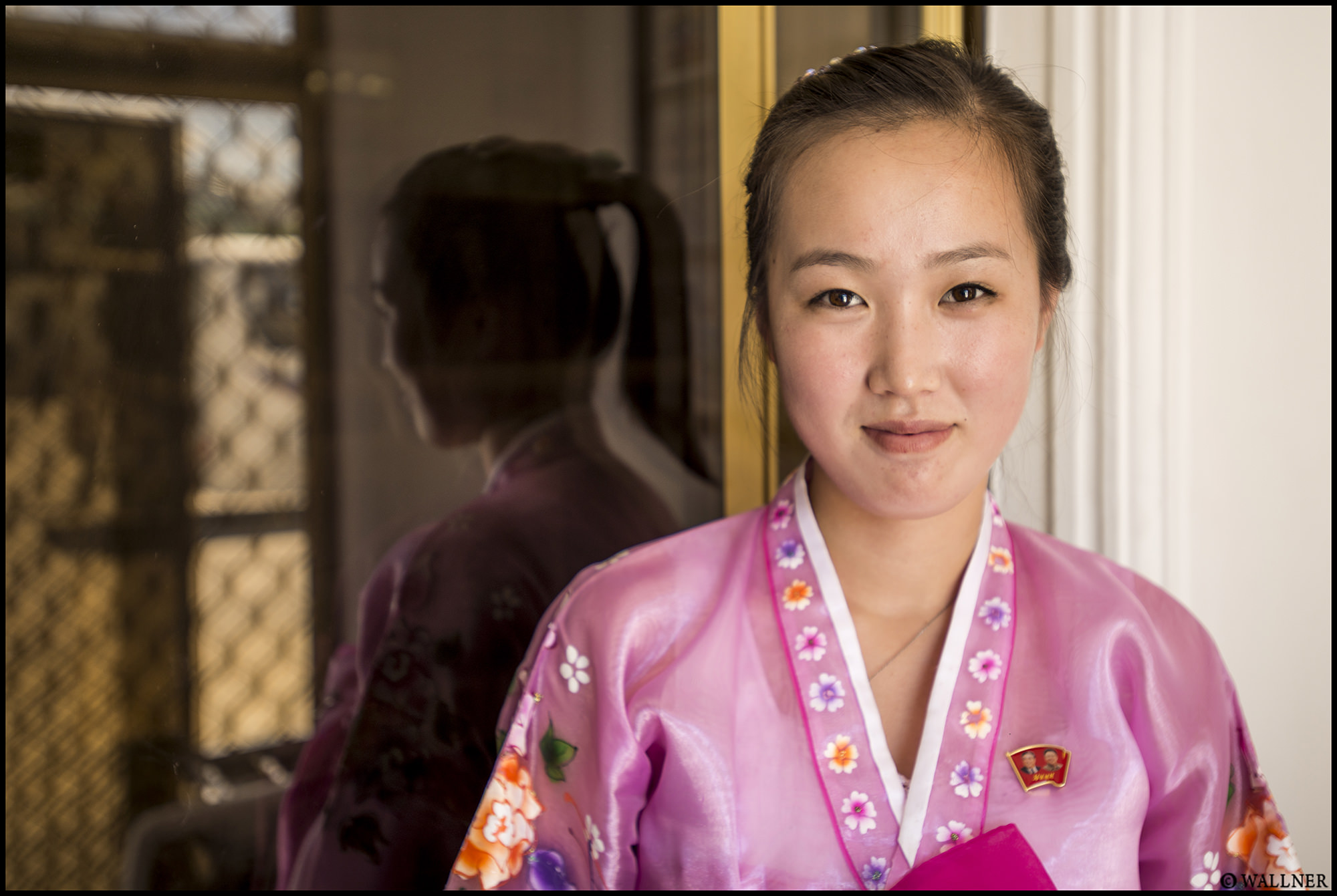 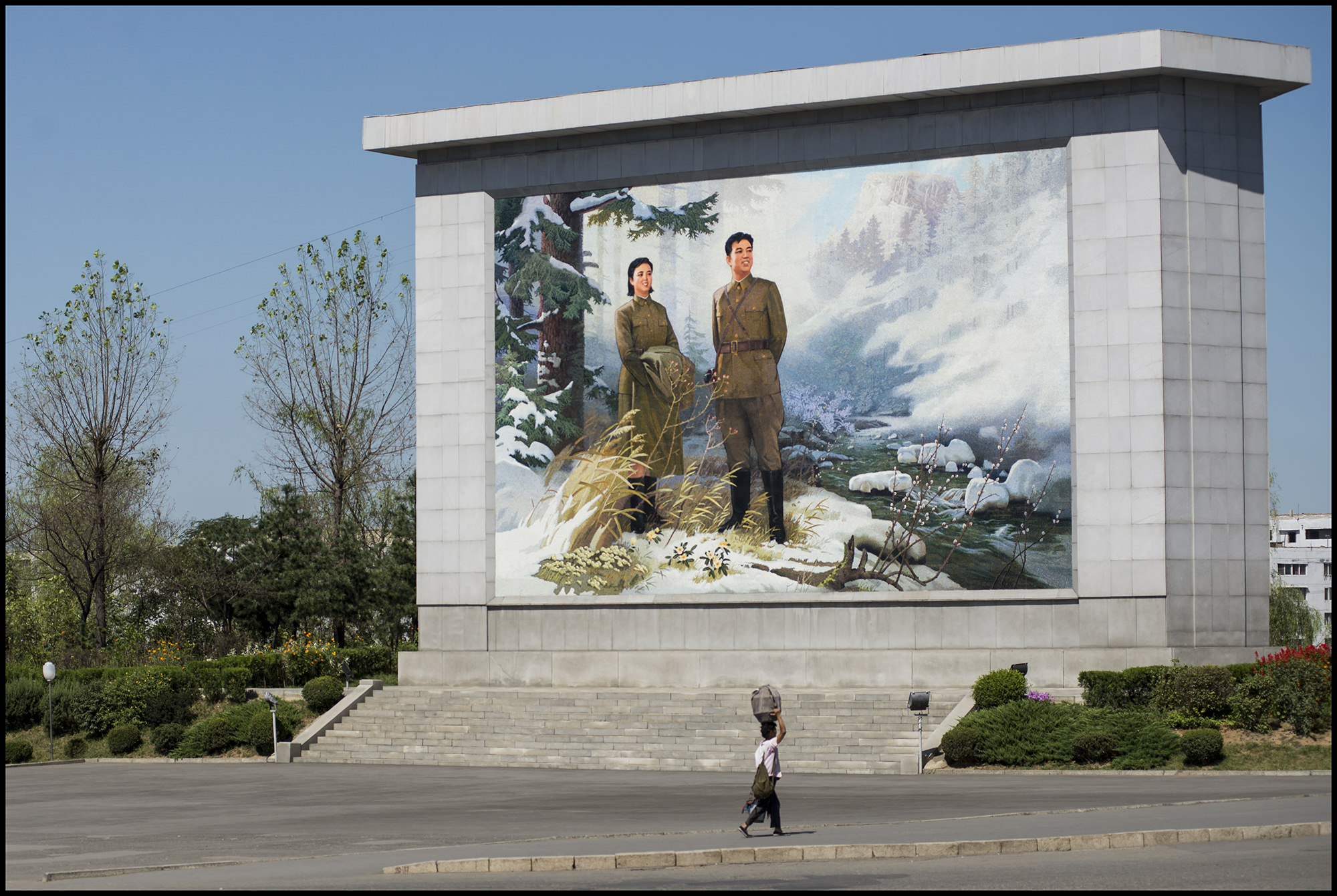 The Dear Leader Kim Il-Sung and his first wife, Kim Jung Suk, an Anti-Japanese heroine who was only thirty years old when she died giving birth to her still-born child, or tuberculosis, or a shot wound, or was just carried into the juche afterlife in 1949. We don’t know the exact truth, but what we do know is that she gave birth to Yuri Irsenovich Kim also known as Kim Jong-Il, in the Russian city of Vyatskoye which is not too far from Khabarovsk. 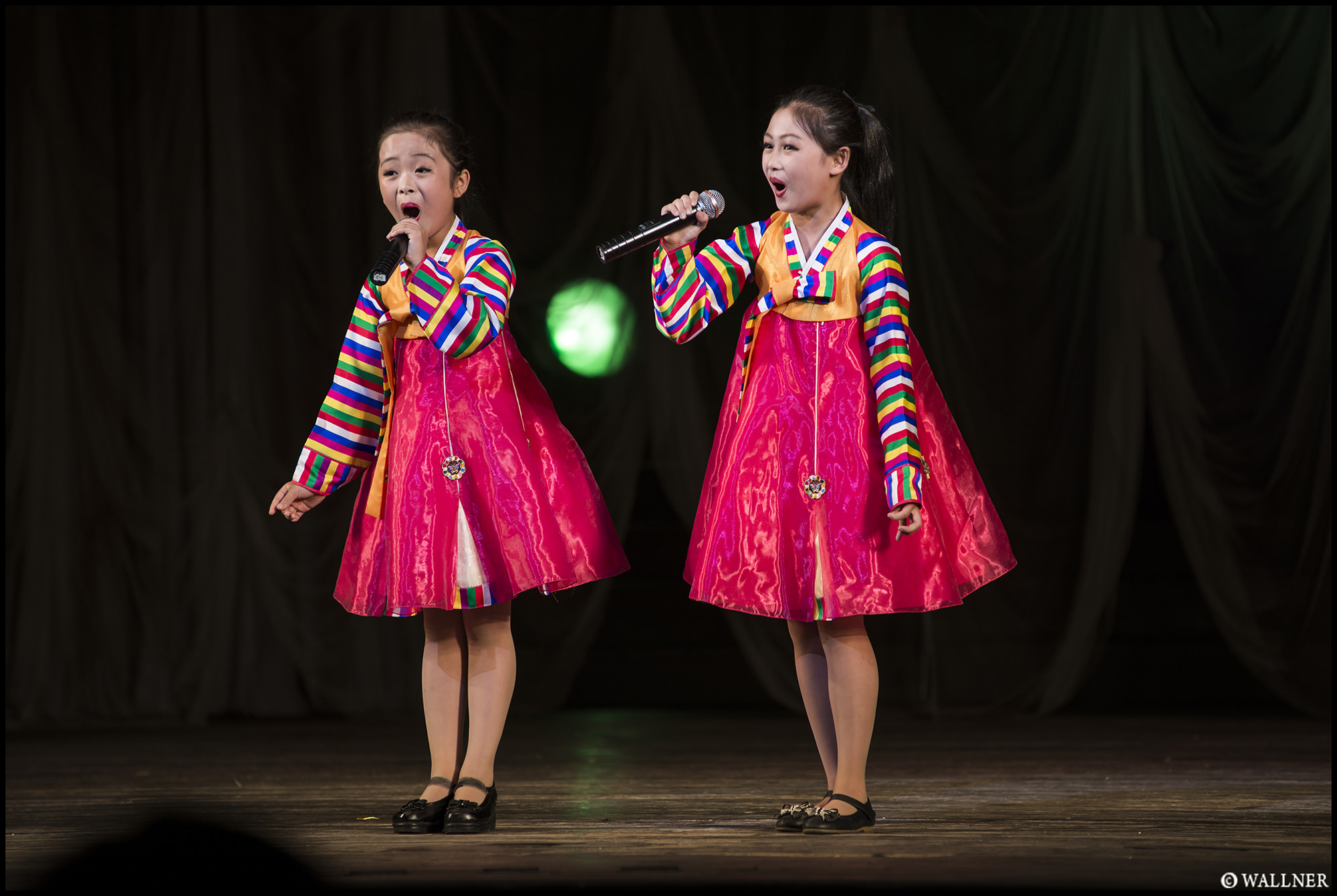 North Koreans can sing and are nice to people who might not have the chosen vocal cords. When at the hotel’s karaoke, the machine might say ‘Very Good’ and the waitress might clap after you finished singing, but in reality their eardrums have just suffered through vocal gulag which they do such a good job hiding away with a kind smile. 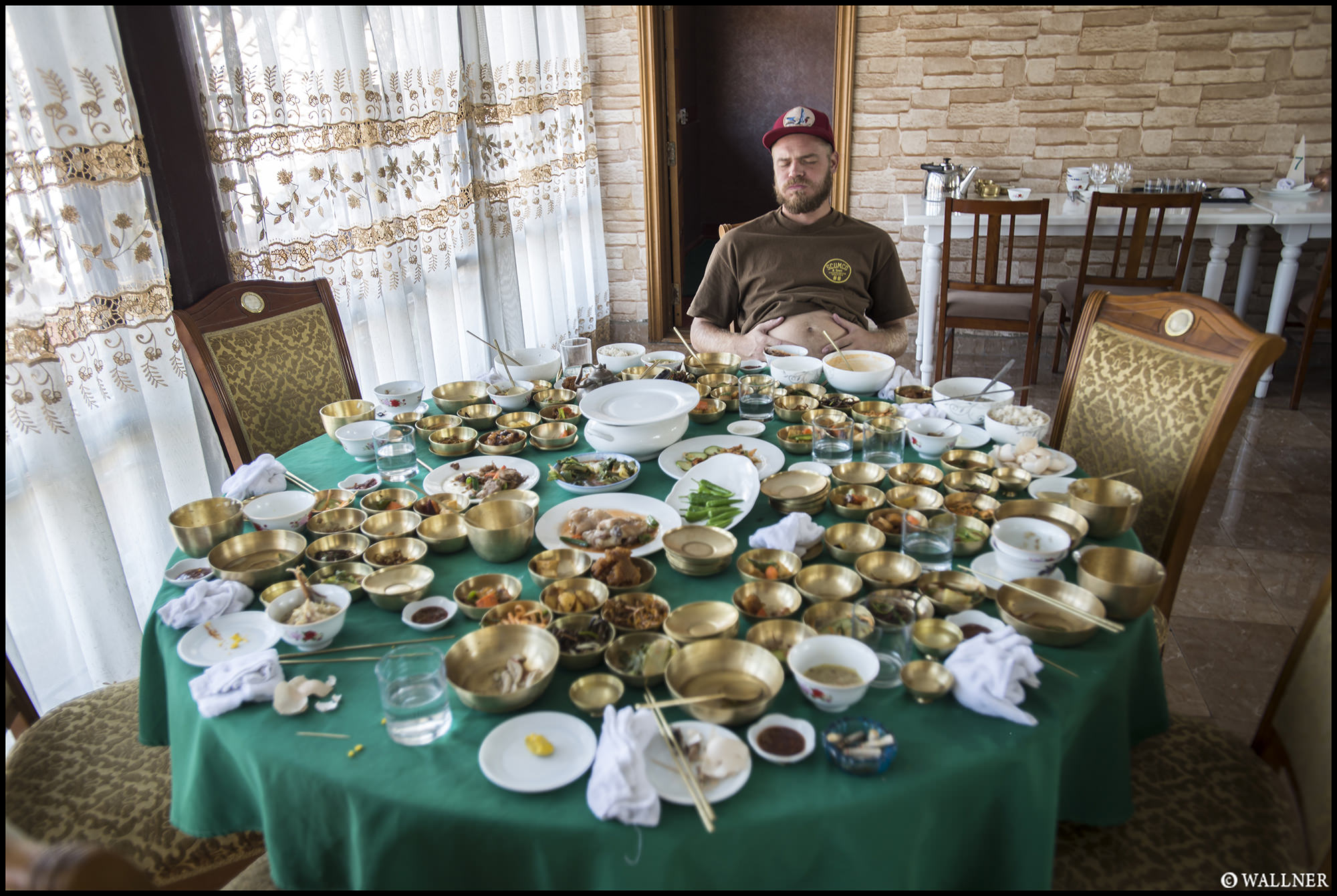 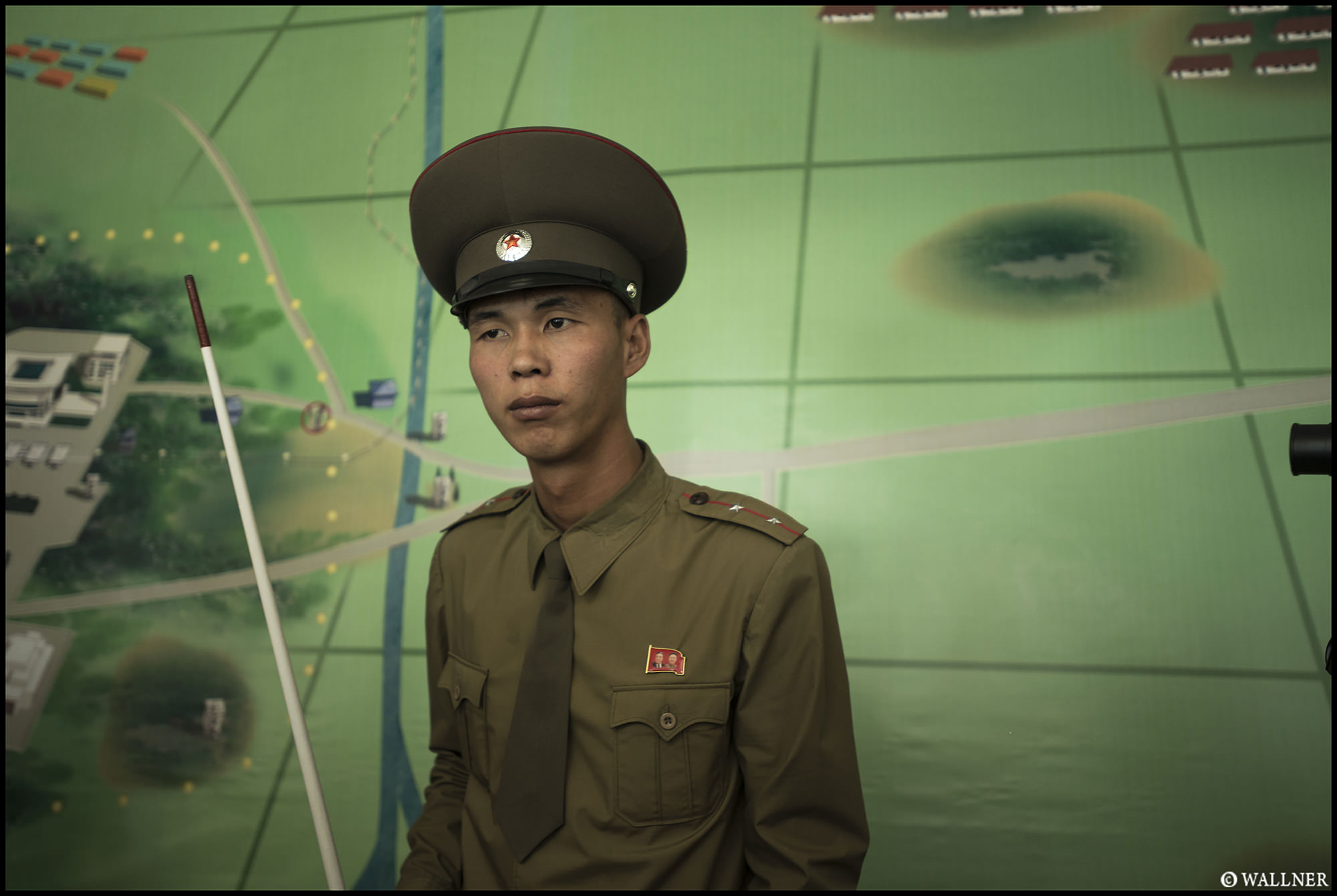 If only all the tensions would drop down to the size of this soldiers tie, the 37th Parallel would be a better place. 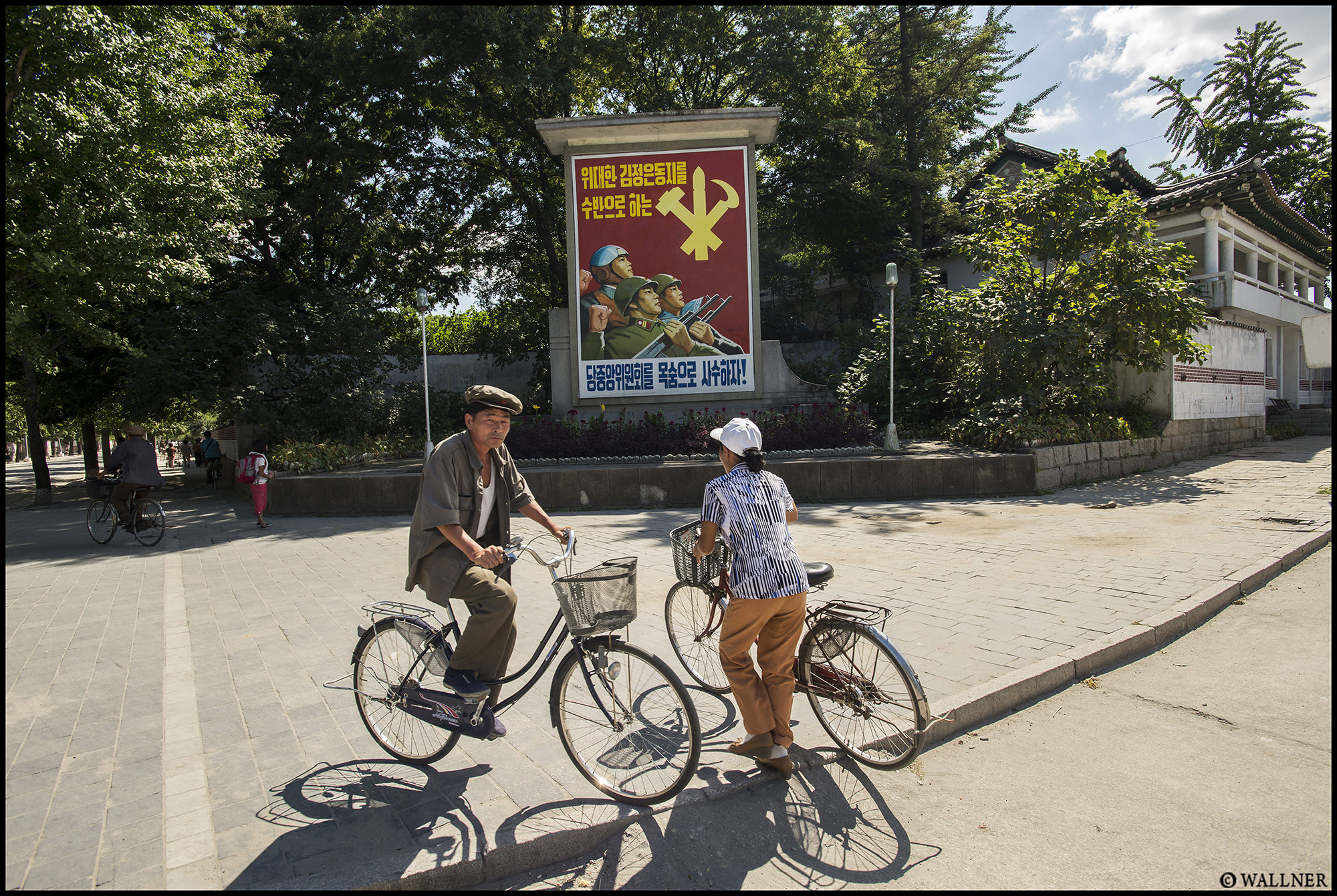 According to a bunch of online articles it became illegal once again since earlier this year for women to ride bicycles in North Korea. All I saw was women on bikes, with only 0.01% of people owning cars, bikes are kind of essential. 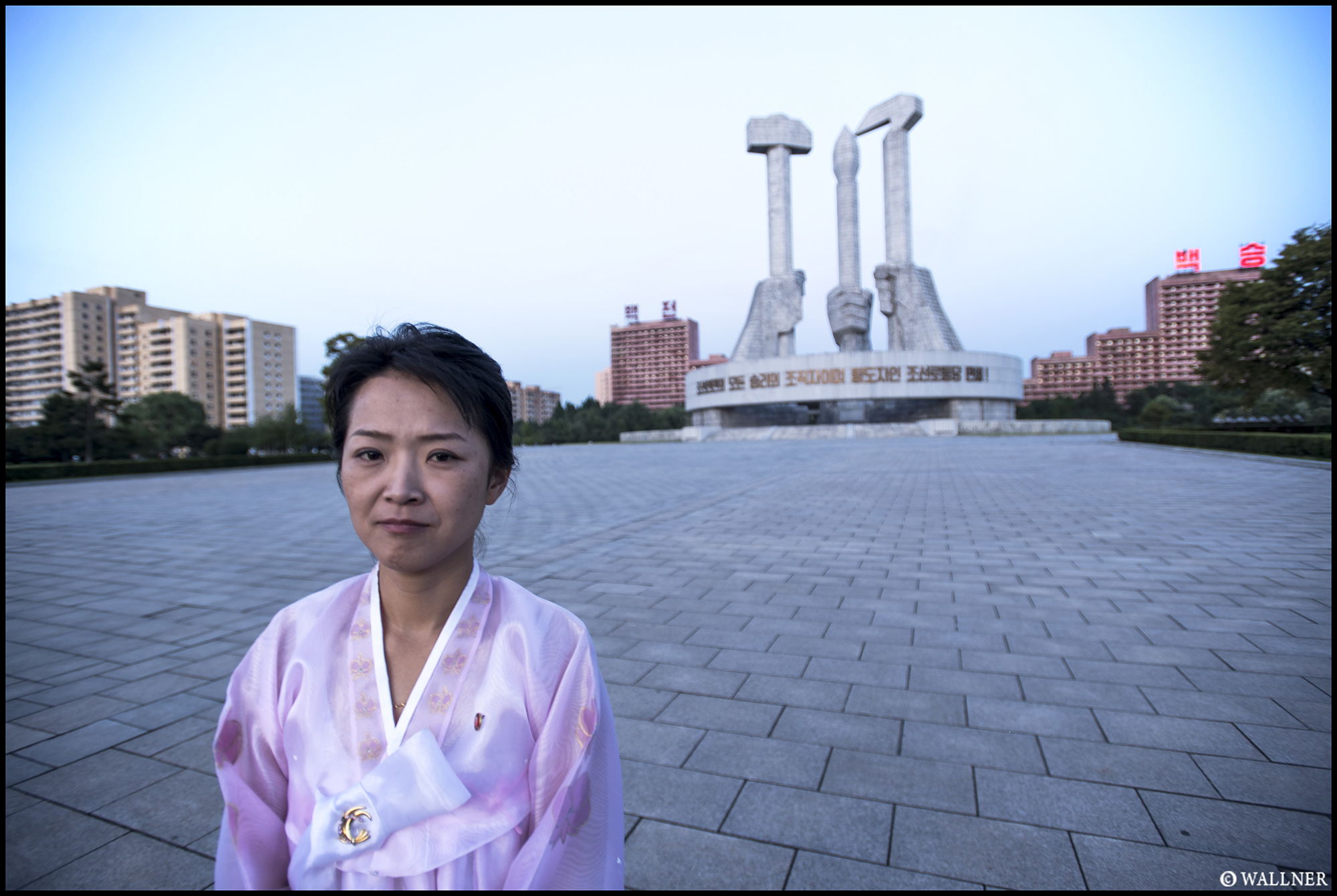 Hammer, sickle and paint brush, all tools which I have not mastered. For me should be a hand holding toilet paper. 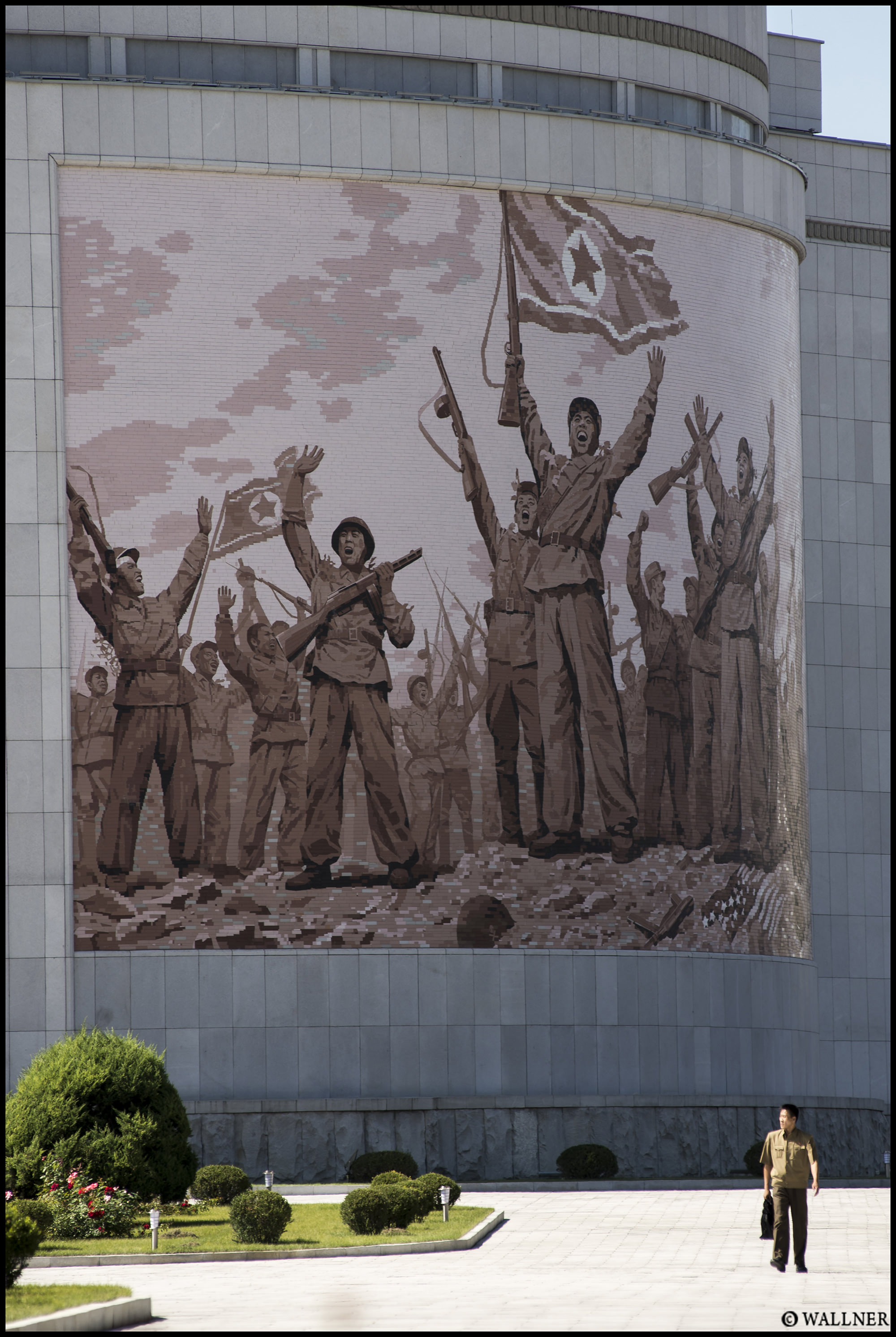 The owner of the skatepark within the wellness-center in Pyongyang was quite joyful about our visit. The only skateboard they had accessible was a waterlogged semi-broken Walmart type board most definitely obtained from the Chinese black market. We left a couple decks and put on a little show for them. Powerslides were a big hit. 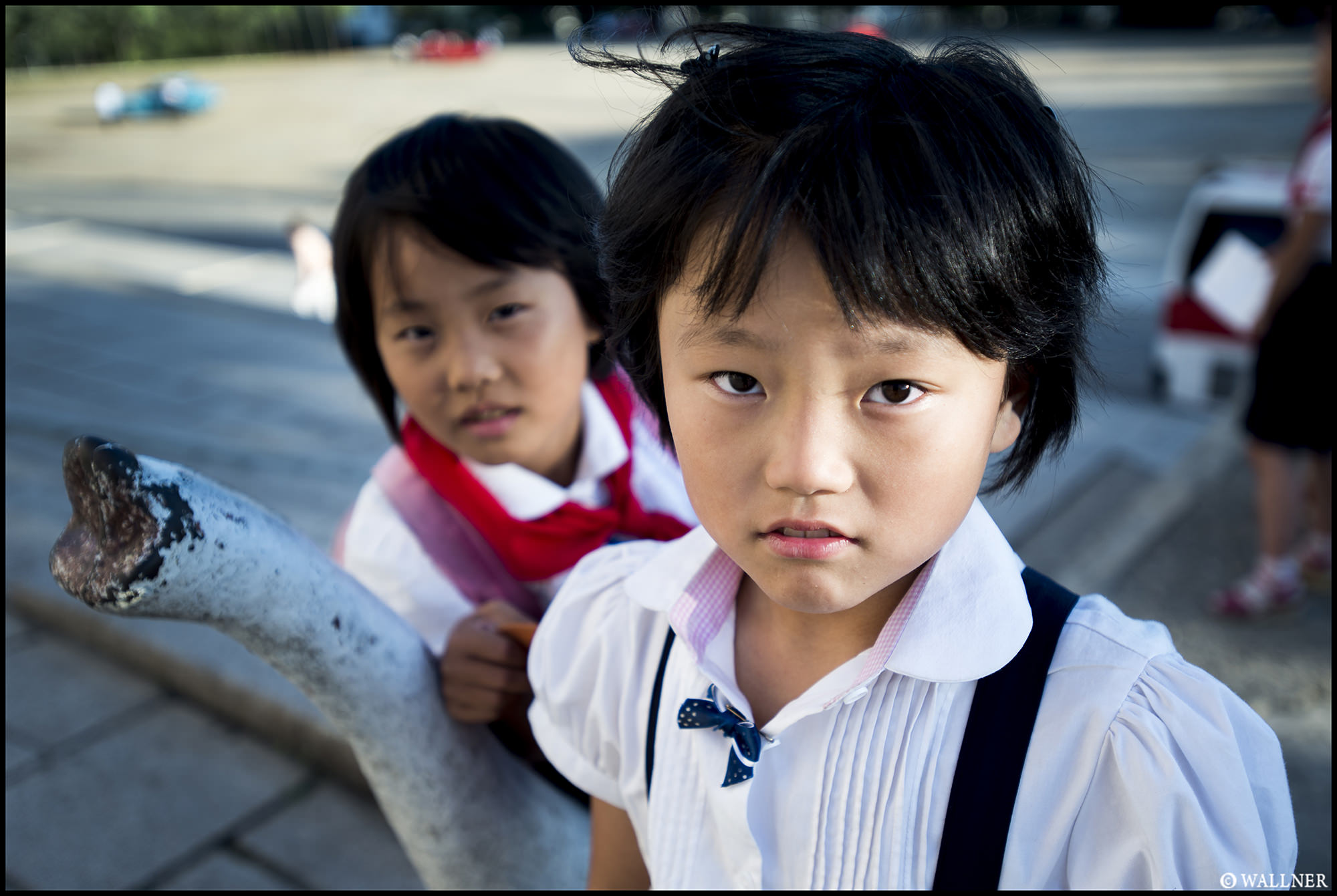 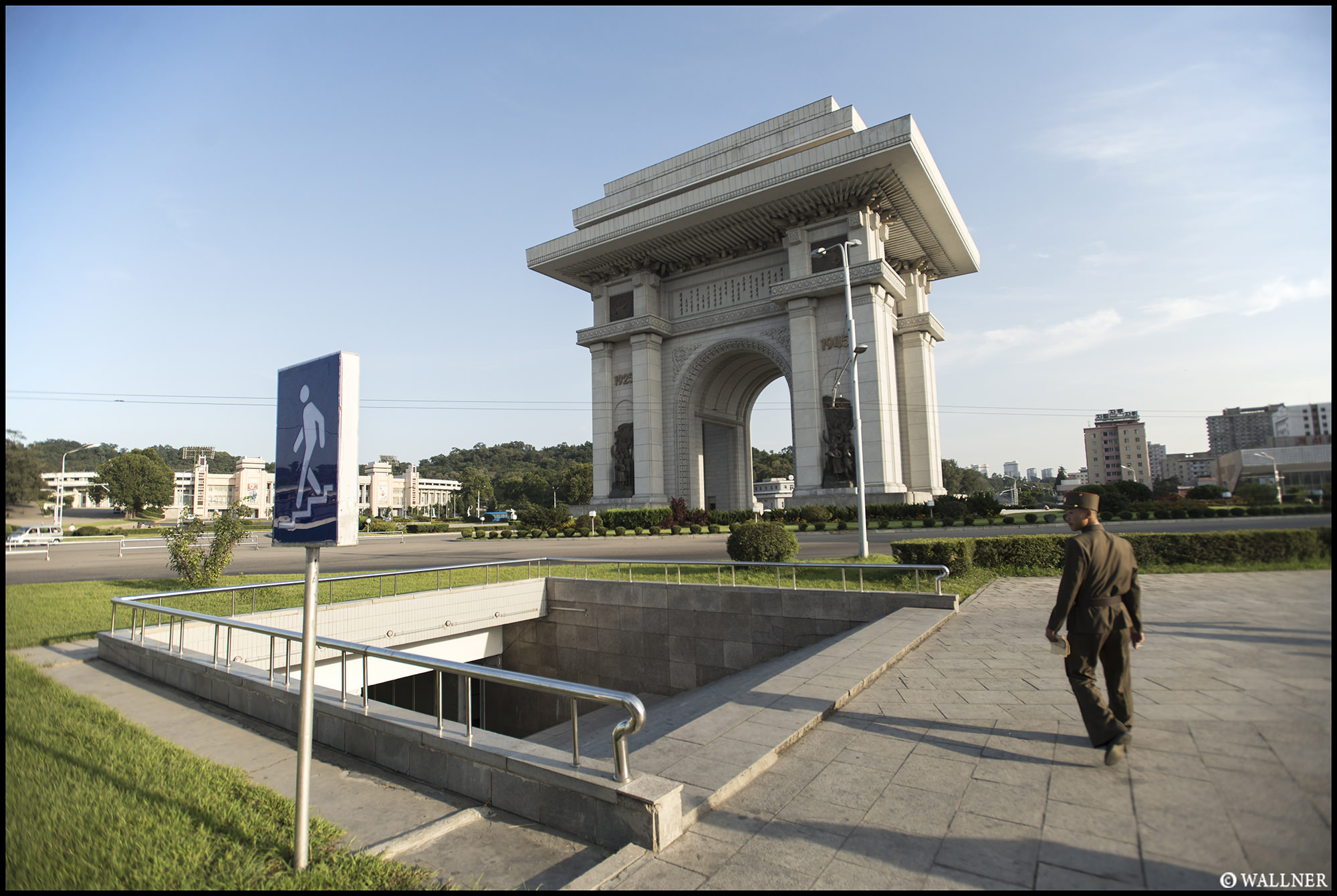 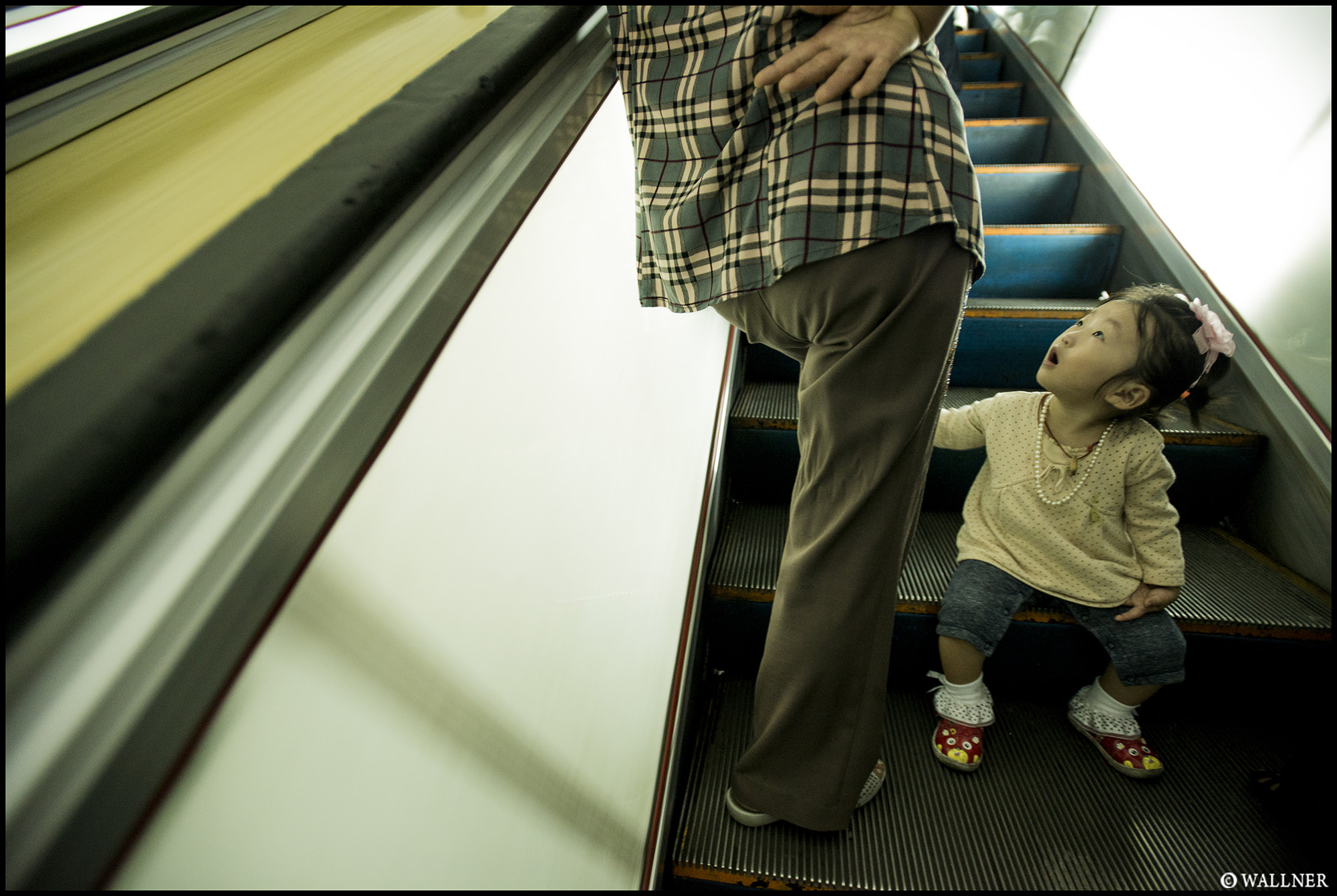 Who would have thought that Taekwondo a Korean originating martial art would spread popularity even to Jamaica. 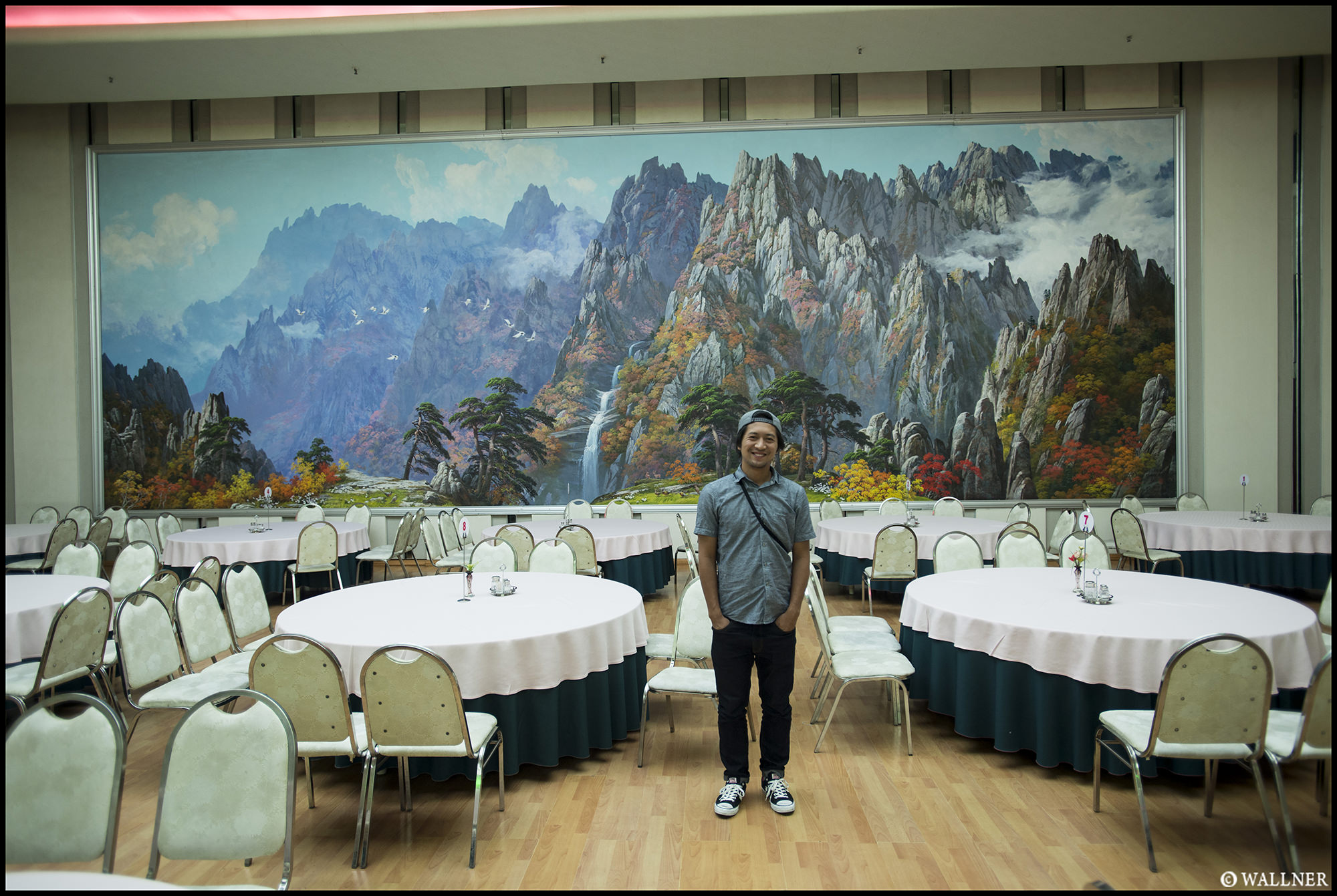 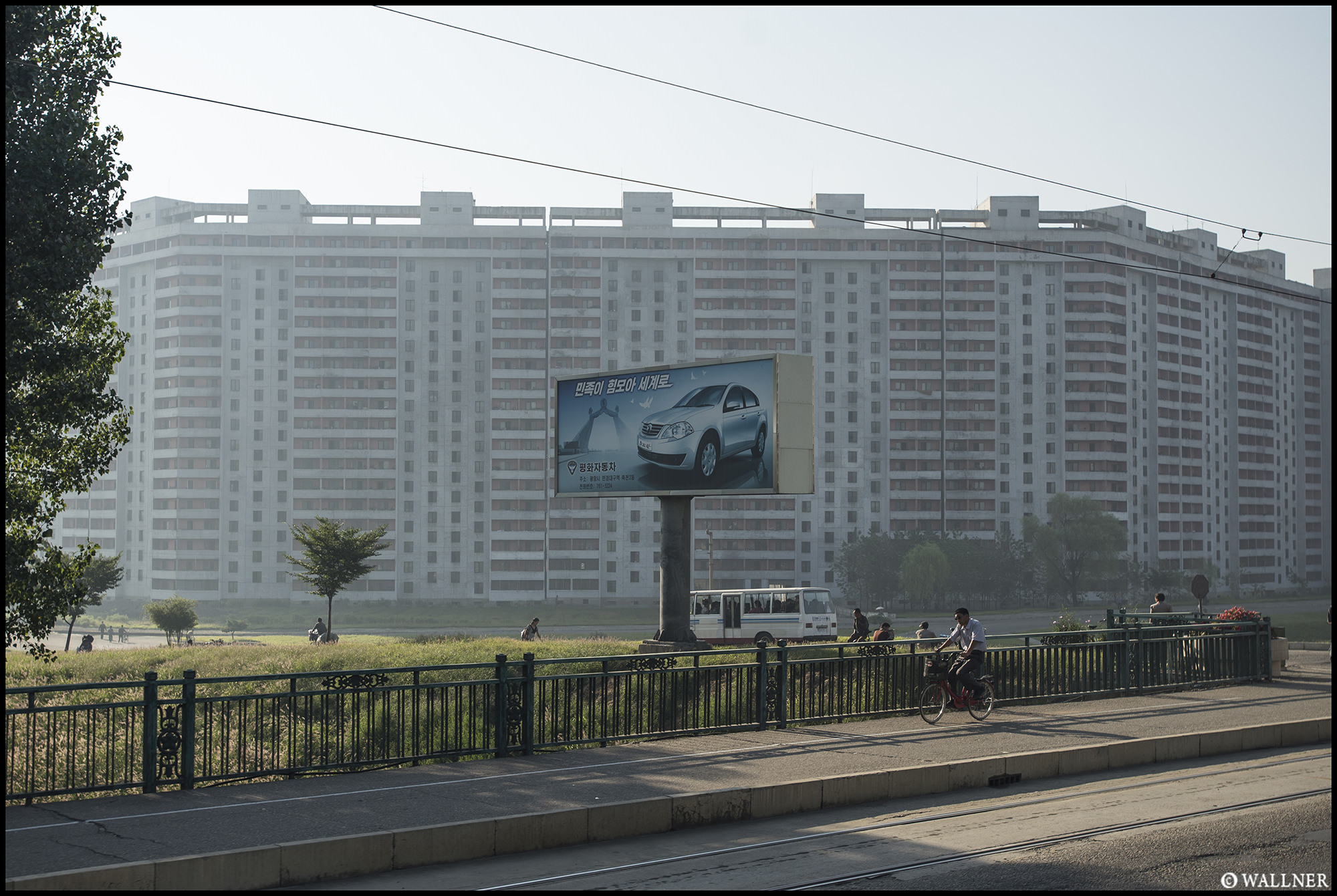 This might look like a very unspectacular photo to you which it is and would be almost anywhere in the world. But in a country where capitalistic adverts and commercials are replaced by Propoganda, this billboard advertising a North Korean car besides the Arch of Reunification is one of few which are somehow allowed within the DPRK. It tends to be somewhat of a major uncontinuity to the eye while examining the city from the back seat of the bus. 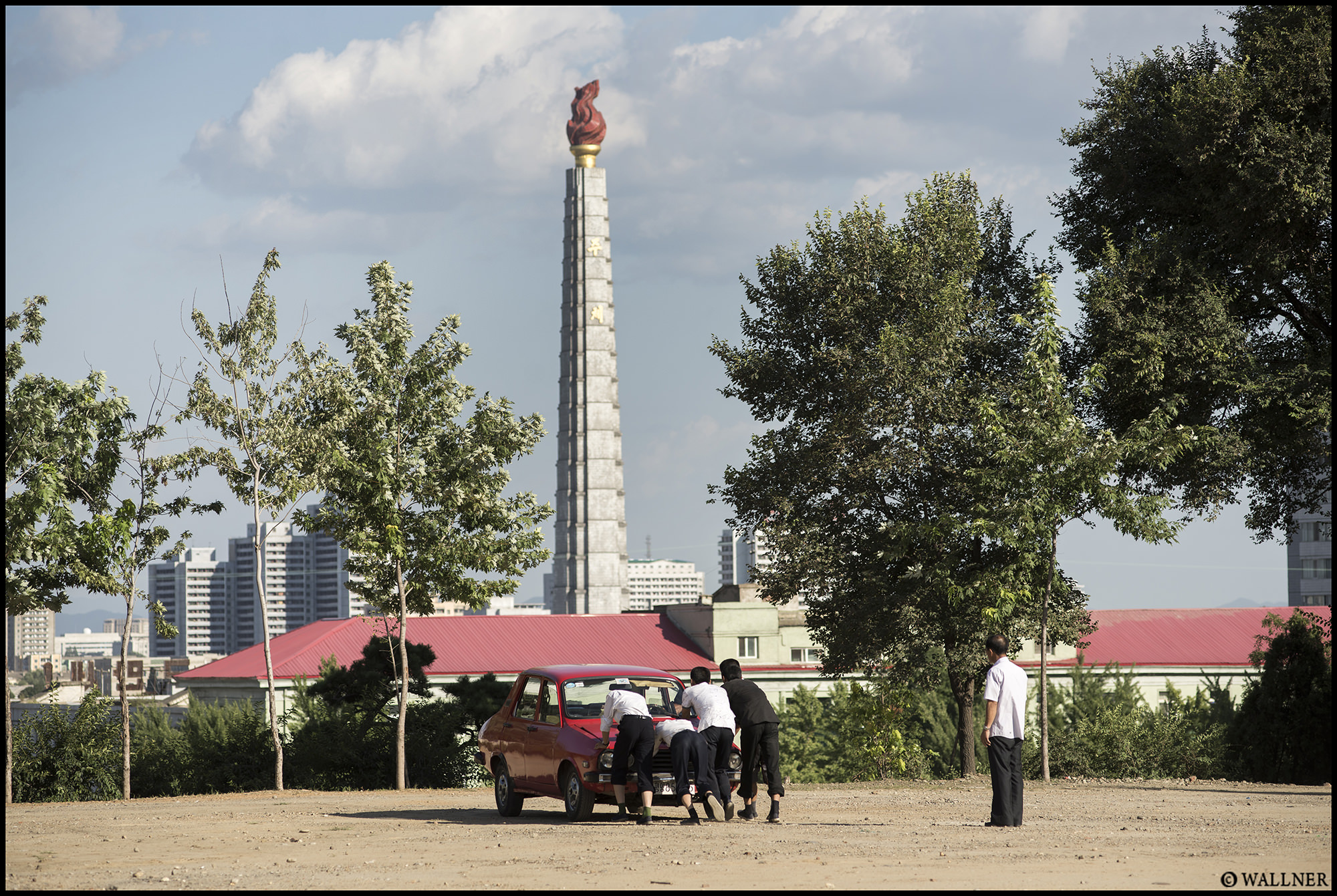 Driving school without any petrol, not that much fun. 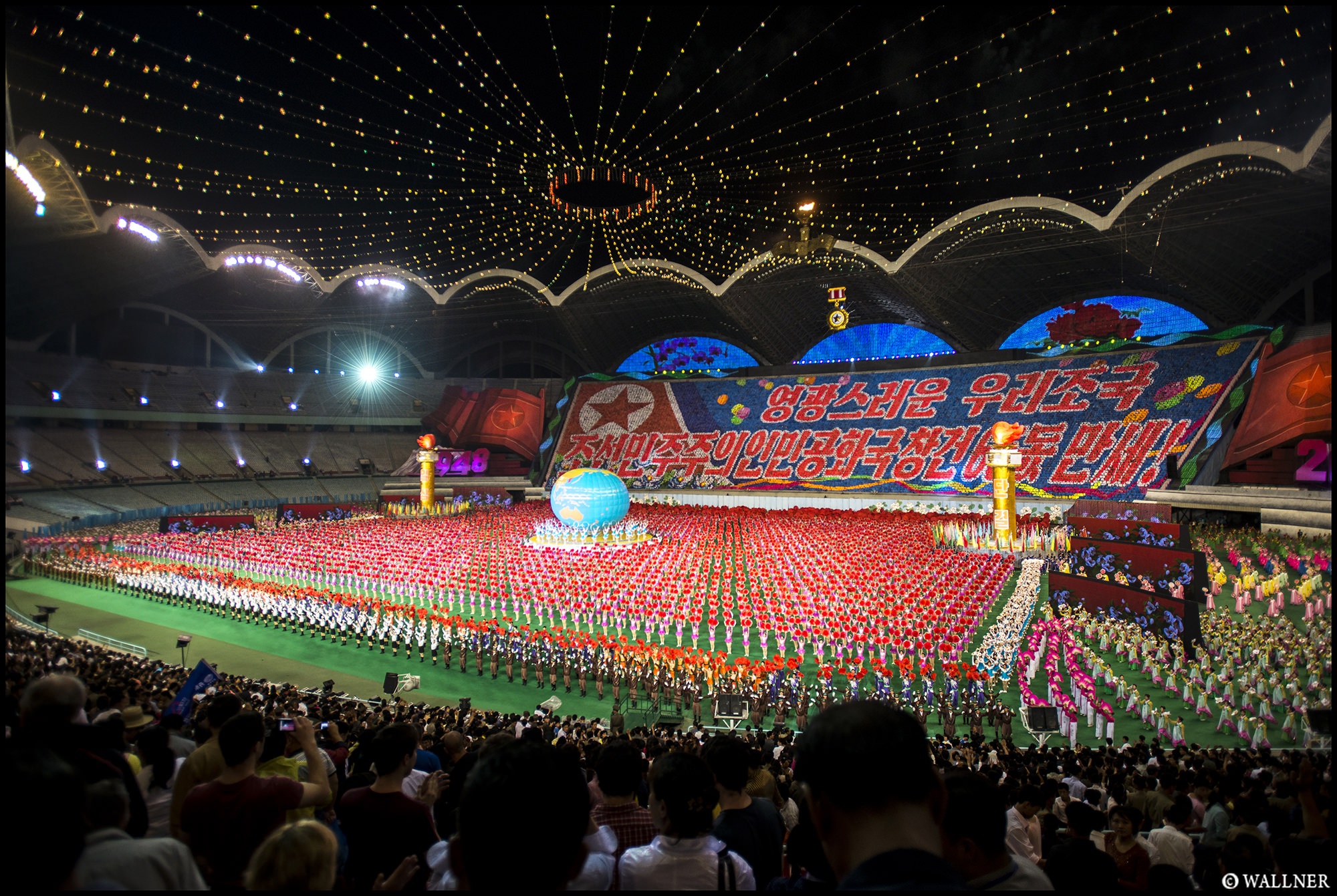 My eyes have witnessed organized discipline and perfection amongst 100,000 human beings. 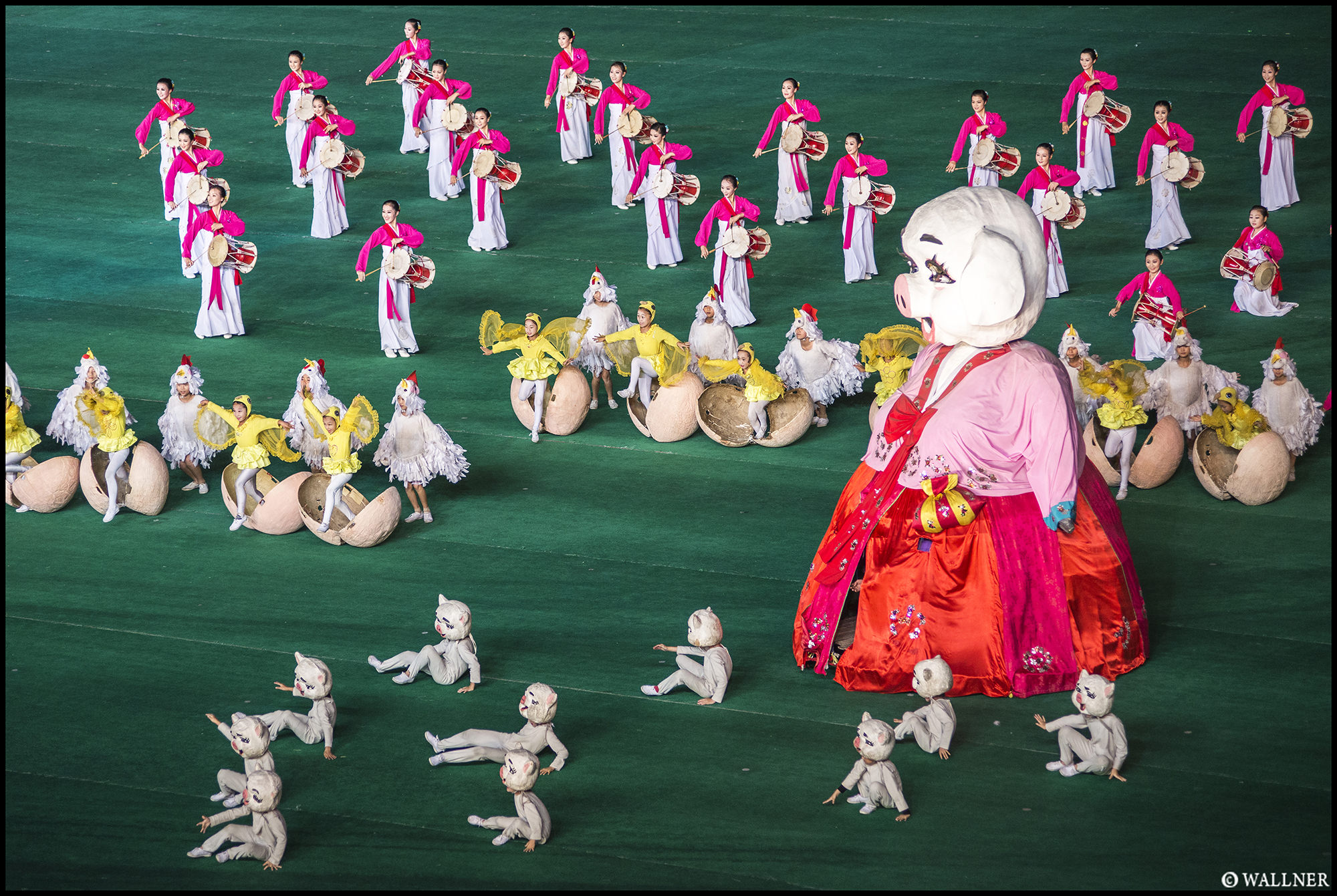 I am sure someone got hungry watching the chicks hatch. 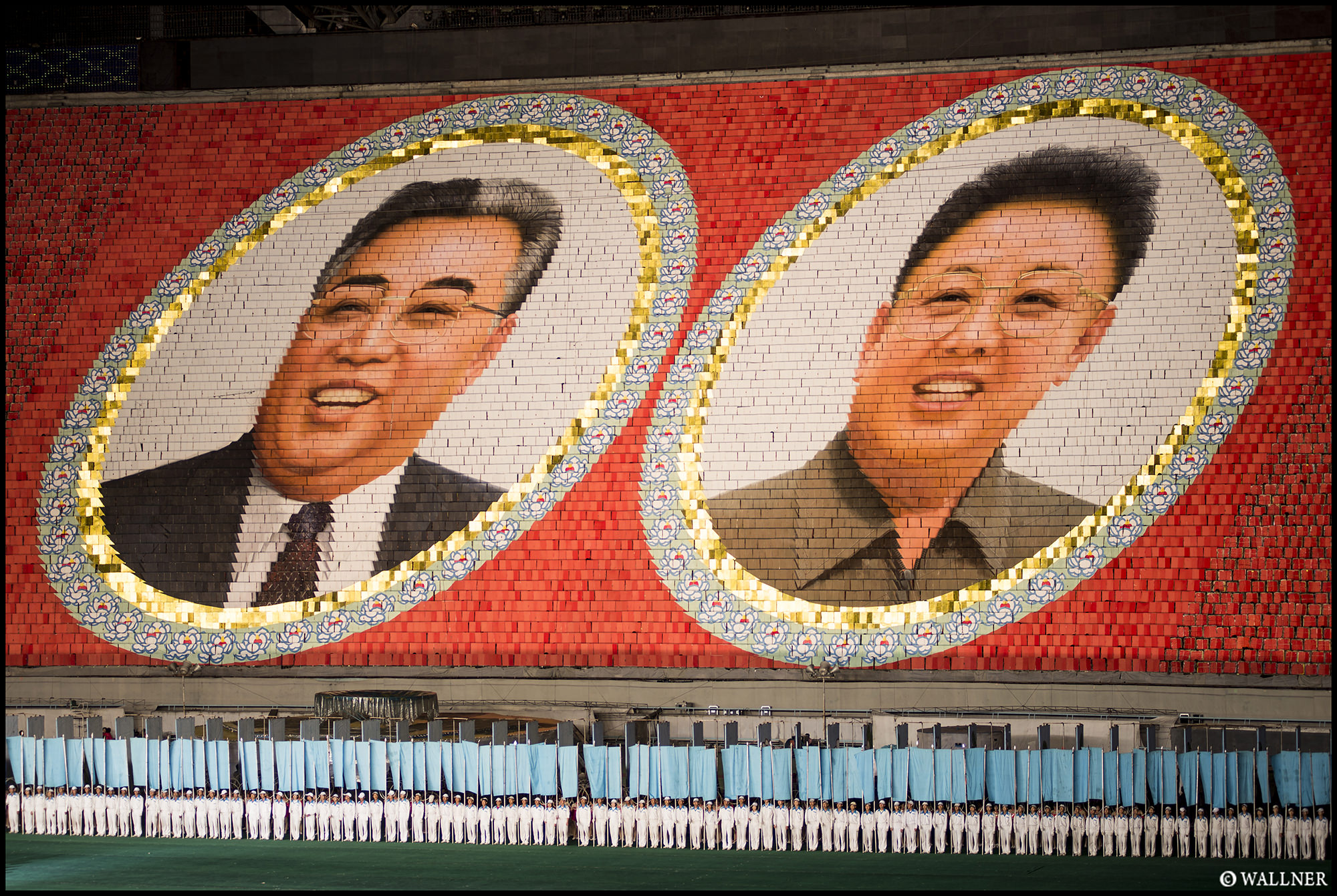 The men of the hour! I didn’t really intend to do any video edits of this trip to North Korea since I felt like it was all just too similar to the short web feature I filmed and edited back in 2012 when we came for Kim Il Sung’s 100 year Birthday Party. But instead of letting it rot on a hard drive, I thought I might as well play around with it for a bit and try some experimental music. Ended up tuning it parallel to an ‘The XX’ song Reunion and here is the result.