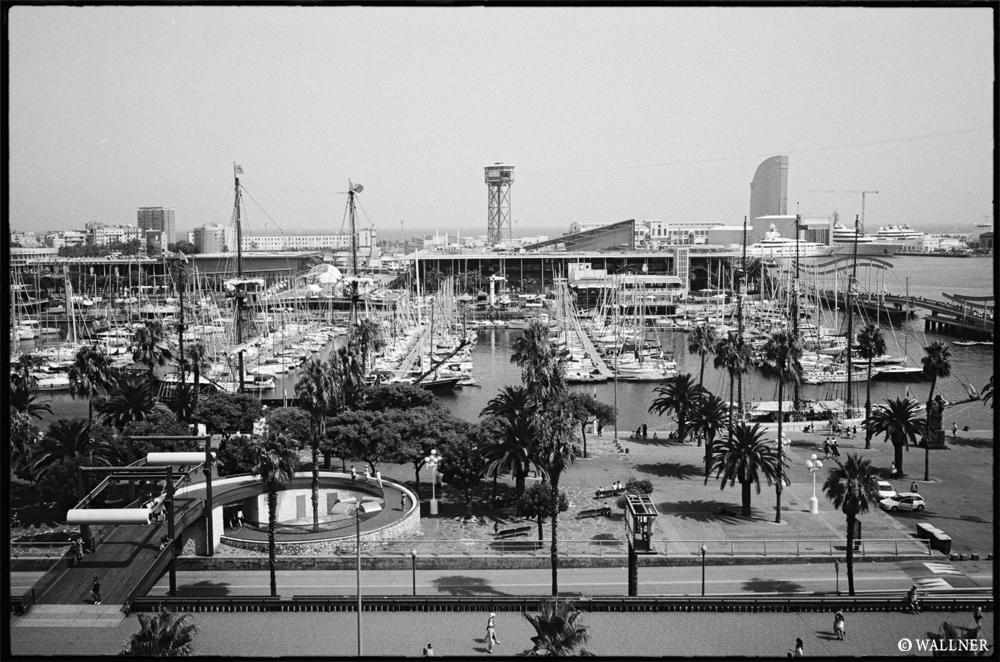 After finish editing ‘The Killing Season‘ and the Converse Russia trip, ‘Far East, Up North‘ I officially deserved a break, which happened to be Barcelona for a week. Thank you Kenny for hooking it up with this view from your room. 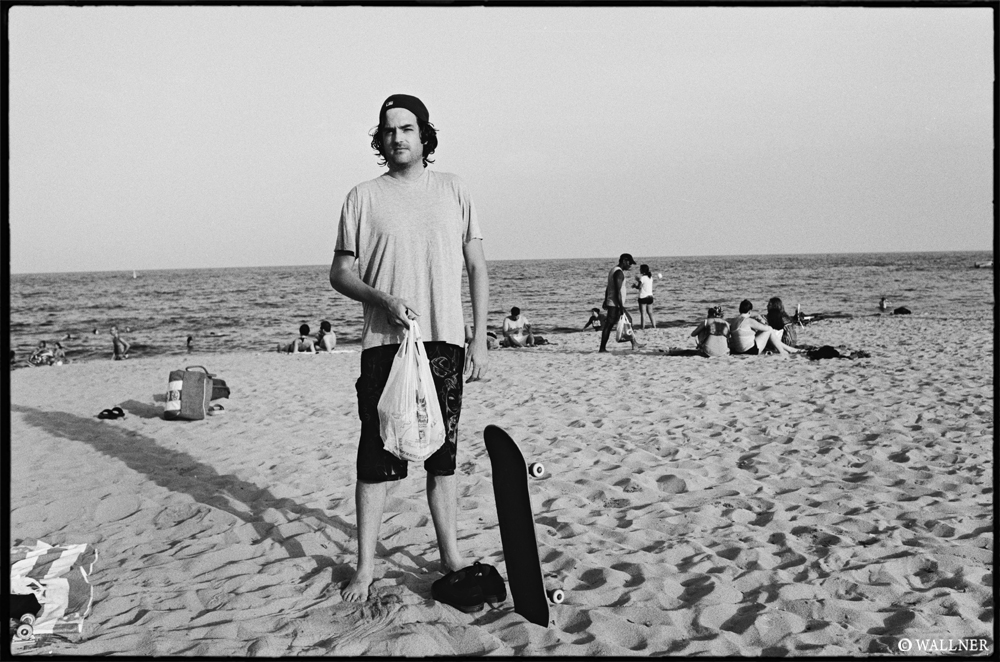 I couldn’t have had a better time. My day consisted of chilling on the beach and talking about random geopolitical topics with Derek, doing some drunk switch flips at MACBA and eating kebabs and falafels. I almost didn’t remember why I ever left Barcelona back in 2007. But after checking my bank account after five days, I remembered why. 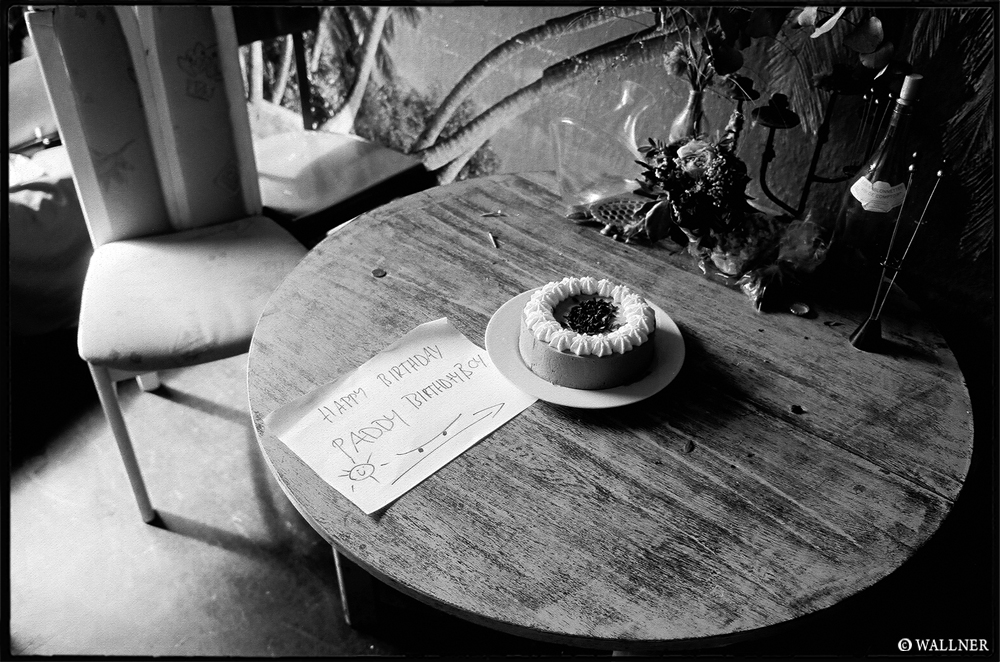 Woke up to a birthday cake in Berlin. Thanks Tobi and Anna & Michi for the calories.

Walker came over to Germany to earn some euros in contests & to film a bit for his upcoming Transworld part.

Not often would you think that Wieger Van Wageningen has superhuman abilities. But when going to this gap to Ping Pong Table in Berlin, we just couldn’t believe that Wieger Frontside 180 to Switch crooked it. Walker was freaking out because of the short runway and it even took a good thirty minutes until he could figure out how to 50-50 and then finally Backside Nosegrind it. We were still baffled by Wieger’s maneuver on the bicycle ride home. When we got home and our friend Tobi told us that the Ping Pong Table was movable and that Wieger did it really close to the bump, we were relieved to still know that Walker was actually good at skateboarding. 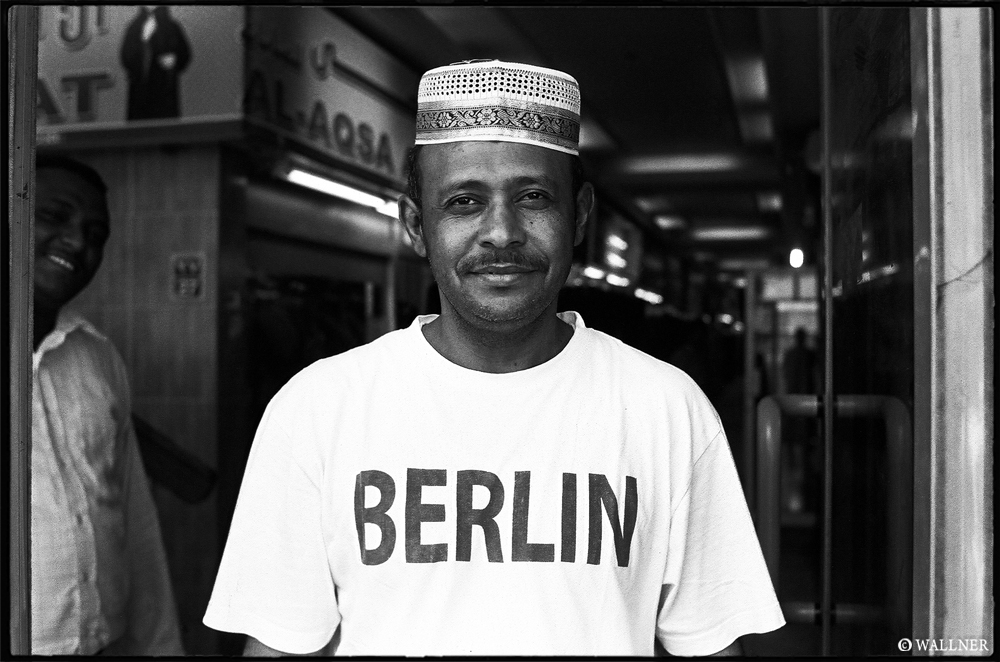 After a healthy & sweat summer spend in the continent of Europa, work was slowly pulling me back to the east. On the way to Thailand I had a short layover in the fastest growing nation in the world, Qatar. I was stunned but not too surprised to see this fellow Qatari man represent the city of Berlin. Ties between the two nations have been good since the end of the 90s because of oil you might think. Oil is probably the case for most of the countries within the Gulf, but for Qatar its natural gas. With almost 25 trillion cubic meters of natural gas, puts Qatar in third place, right behind Iran & Russia. I can say without a doubt that Qatar will be a big player in twenty first century. 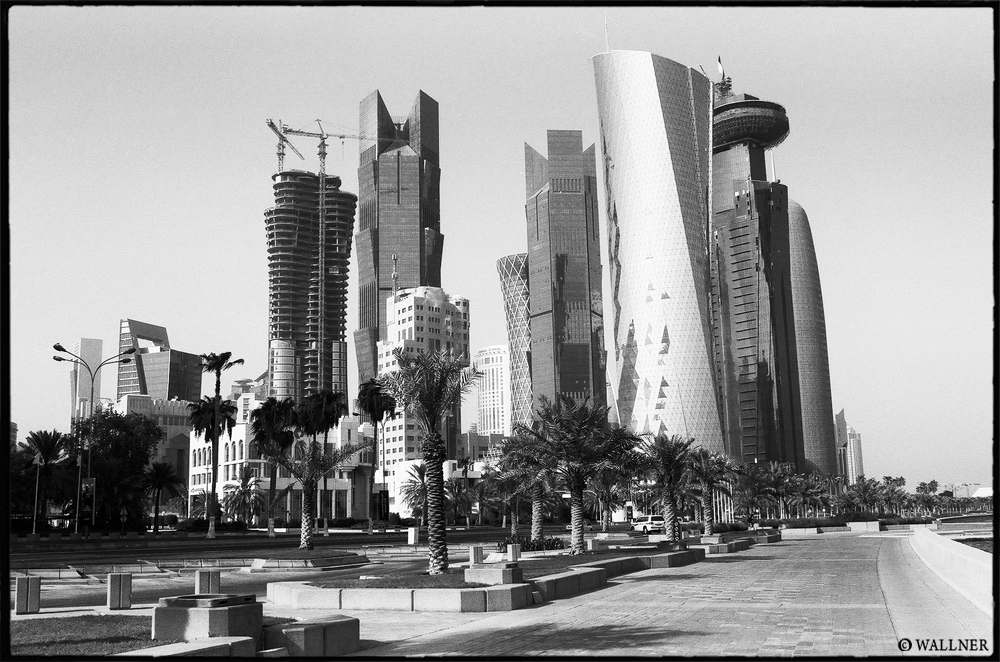 Similar to Kuwait, Bahrain and the United Arab Emirates, the commercial side of Doha is erupting with large buildings. 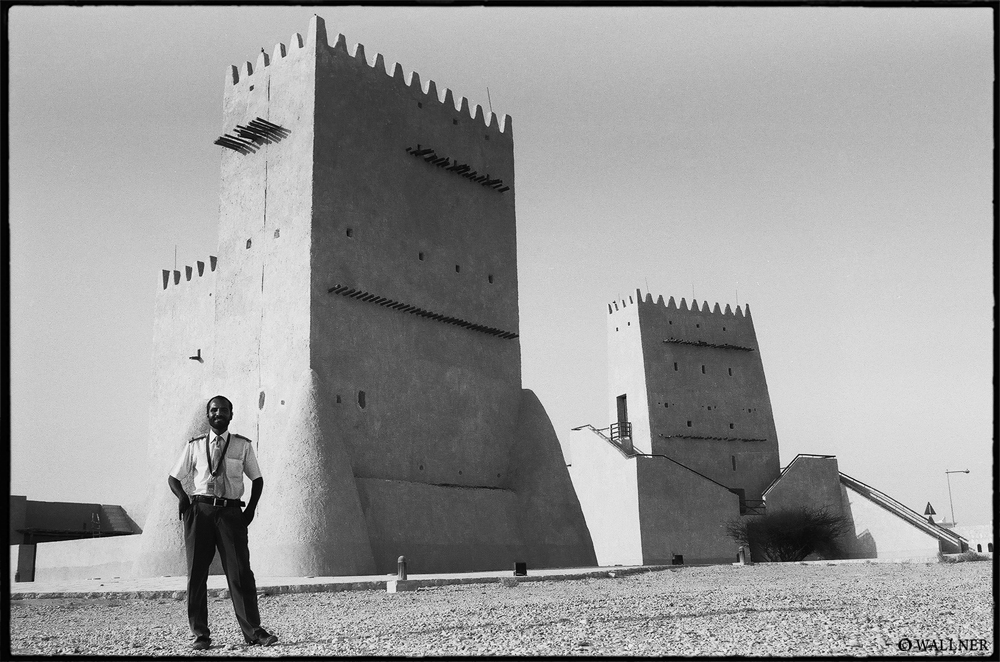 While the Indian immigrants are more amazed by the fabulous glass buildings being build, I hired a Muslim driver from south India to drive me to a mud mosque 1/2 hour outside of Doha so I could visualize some history in a nation that seems to be lacking historical structures or presence besides the sand which looks uniform in most extends. 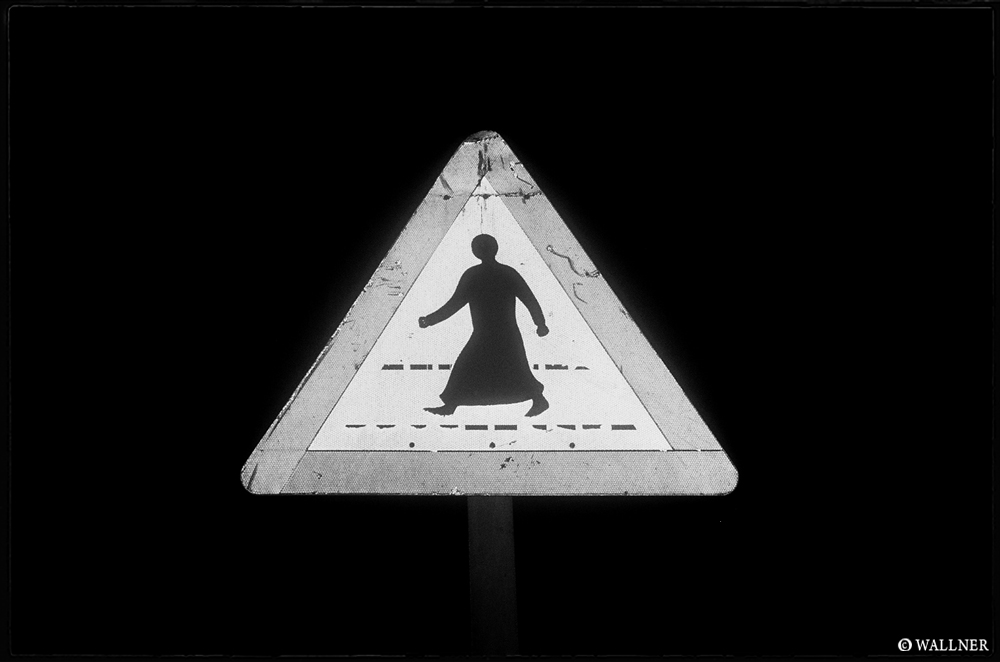 My friend Derek Flood an avid traveler to the Gulf always advised me to stay away from the Islamic countries during Ramadan. Nevertheless bought a ticket crossing into Qatar on the last day of fasting just to experience the torture of not digesting anything for a full day. Not eating was one thing, but not drinking and walking around all day in forty degrees was followed up with massive dehydration. I thought non-Muslims such as myself would be excused from not eating nor drinking during the presence of the sun, but I was wrong. Any foreigner who had the need to eat could be excused at home or in non public places, but since I was out all day taking photos, I found myself hiding in back allies and behind bushes to just chug down a point thirty three can of Sprite without having anyone witness my misdoings. It’s funny now thinking about of how paranoid I was, but I was told that you can be charged over a hundred dollars or even more if caught drinking or eating anytime the sun could be seen in the skies or the horizon. 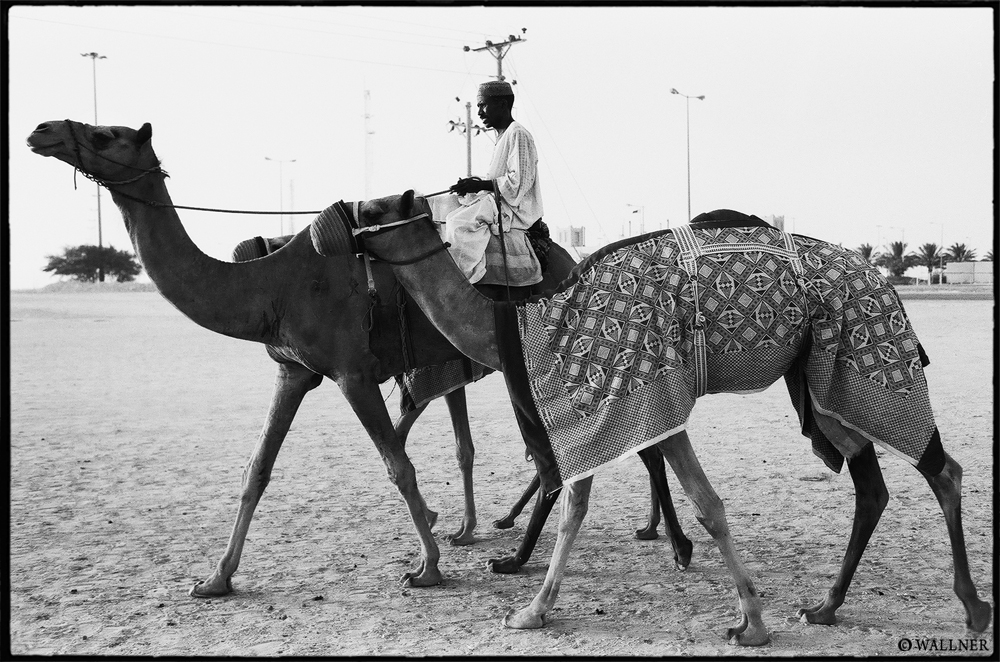 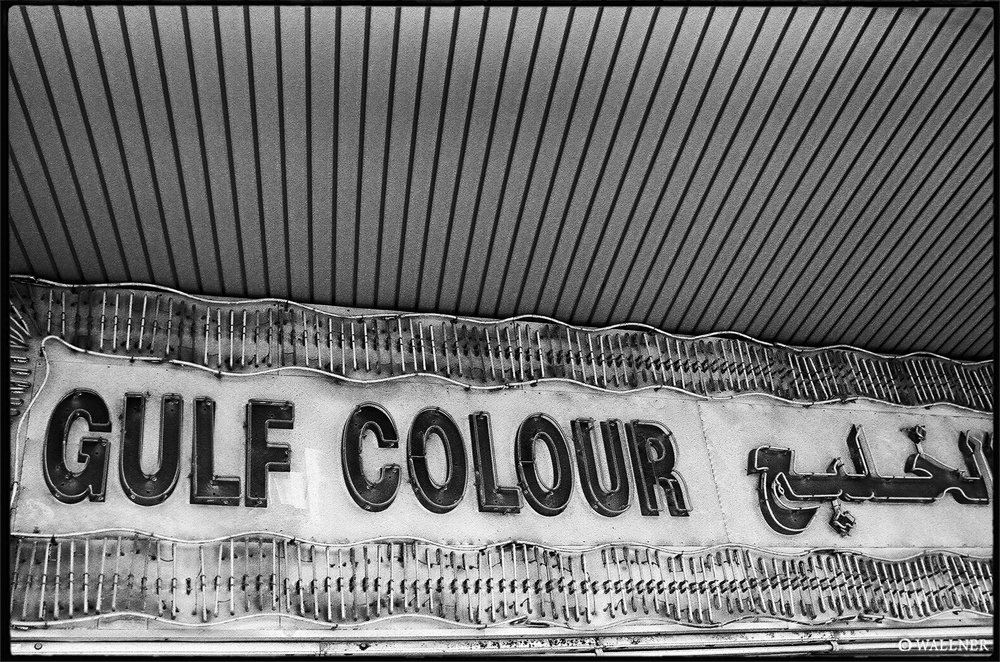 As much as I love Black & White Photography, the Gulf needs to be seen in colour! 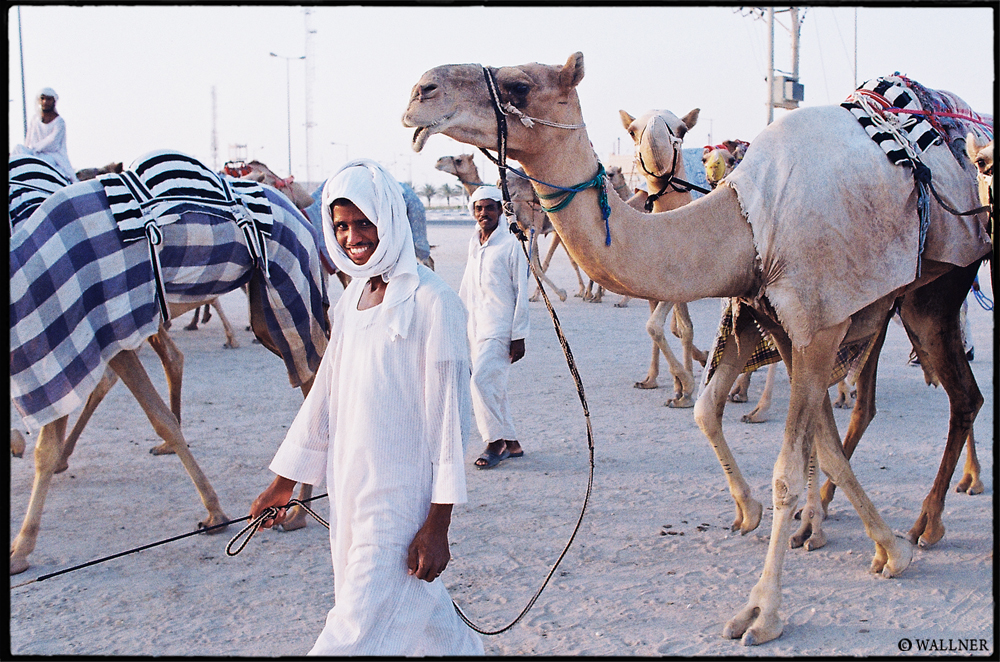 With around 40,000 camels within the state of Qatar makes it easily a haven for camel racing. 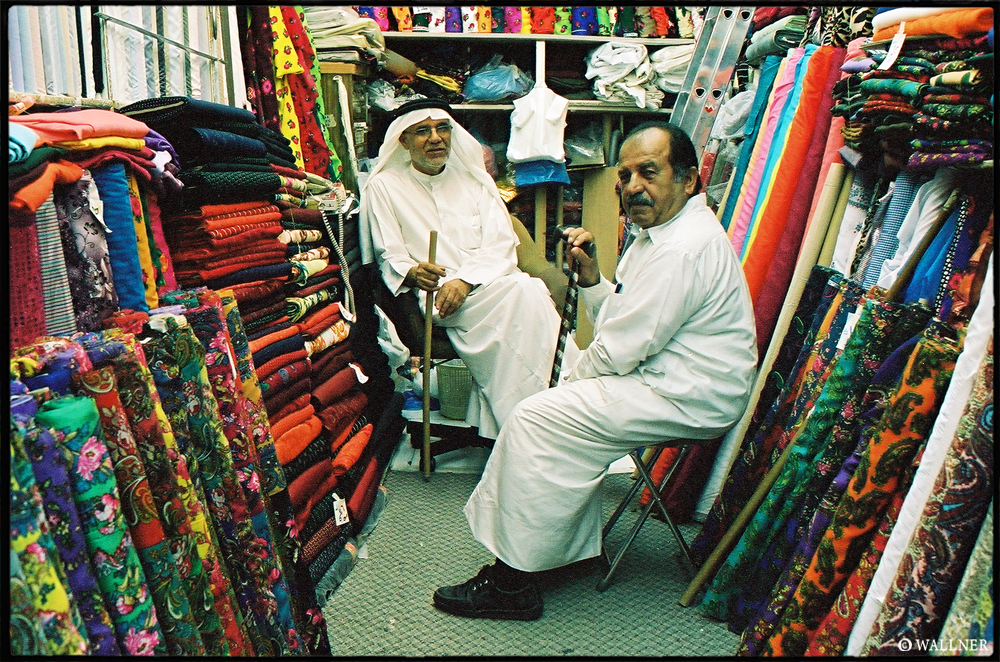 The world widely known Middle Eastern news broadcasting channel known as Al Jazeera (english - The Island) originated from Qatar. The opportunity of watching uncensored news for men like these became reality when the Emir himself gave out a big loan to fund the channel’s fundation during take off in the mid nineties. By the time of the terror attacks of 9/11, it was the only channel to provide live broadcasting from the war in Afghanistan, etc. 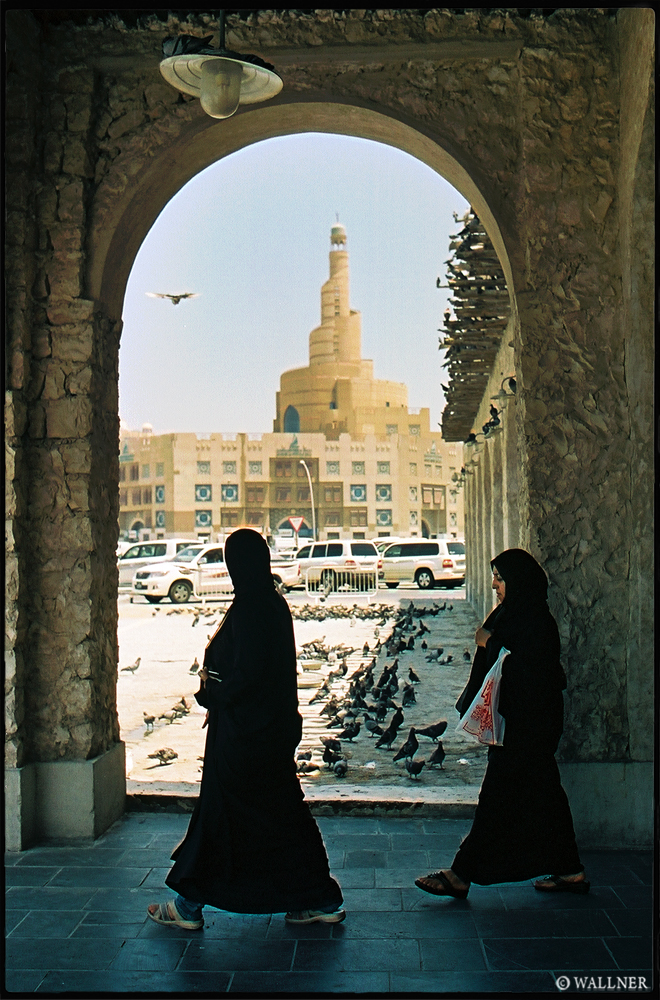