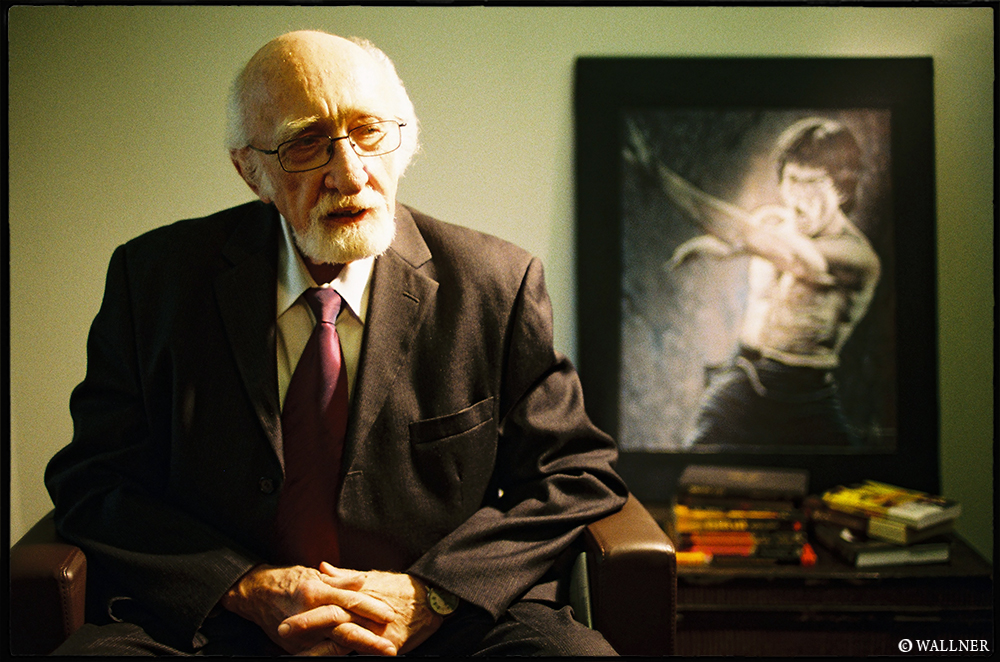 Charles got me involved in a short Johnnie Walker commercial involving interviews with Jon T. Benn a notorious villain in Bruce Lee films. This man has had romantic affairs with women more than one can imagine, even today. 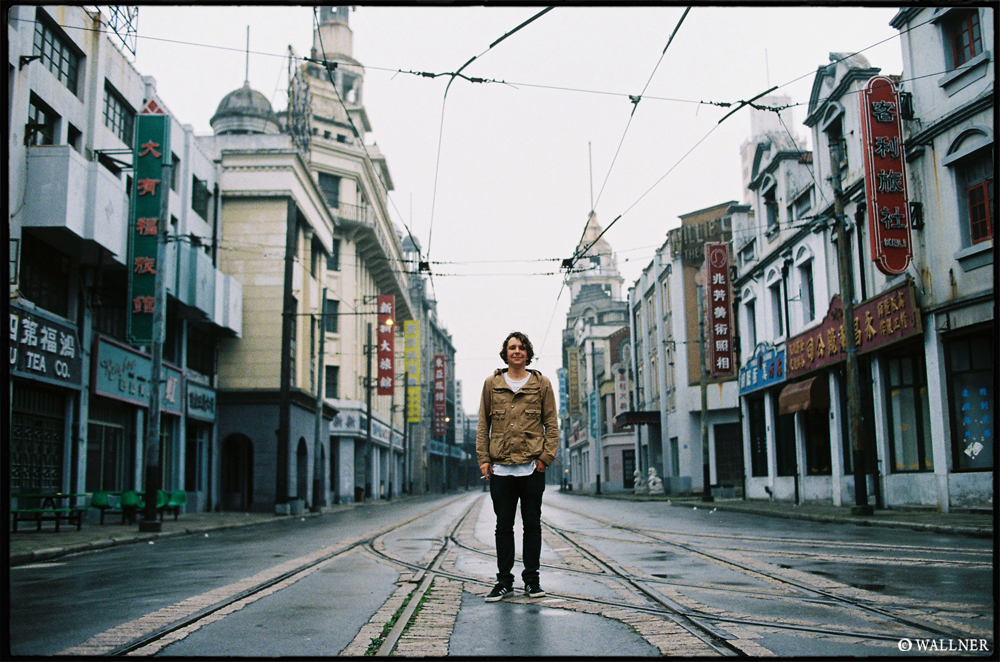 Charles has a fetish for ghost cities which is not a secret anymore. Empty 5am movie sets to use the golden hour of light on a cloudy day has been added to the list of new favorite places for Mr. Lanceplaine. Its a please buddy! 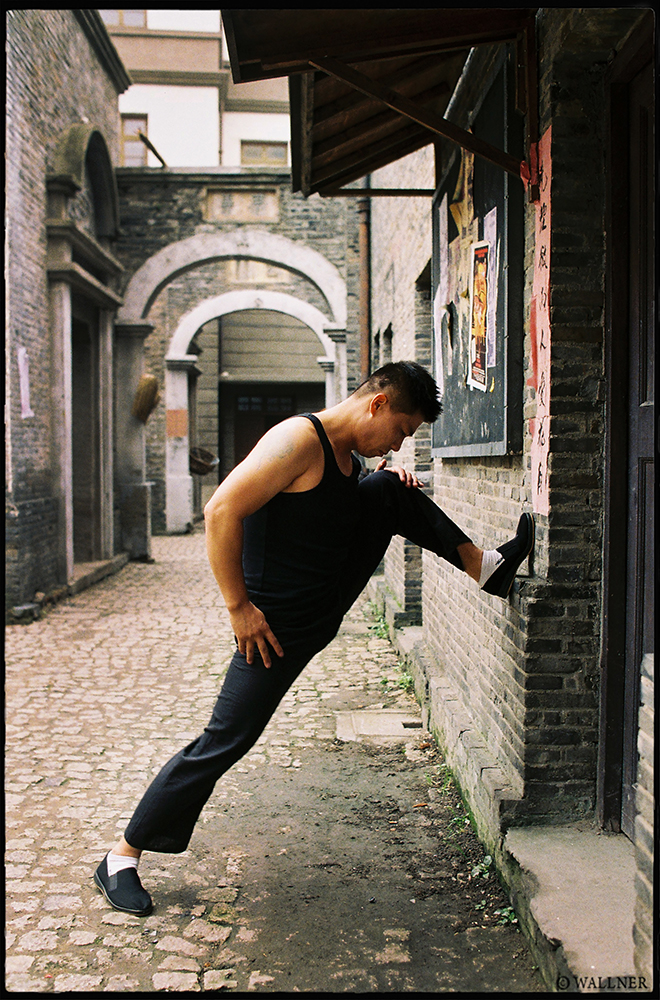 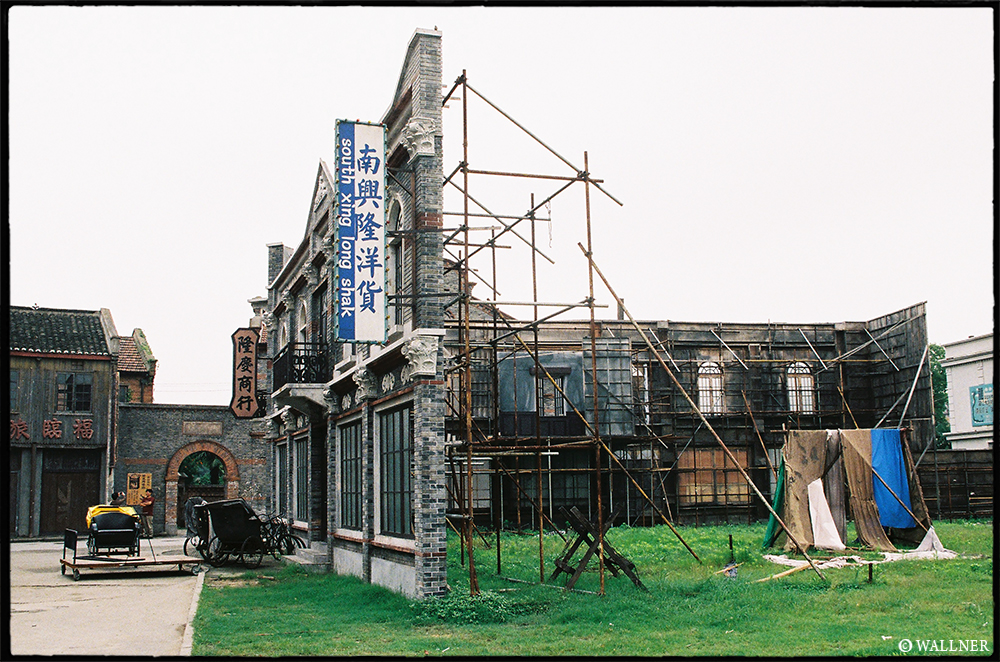 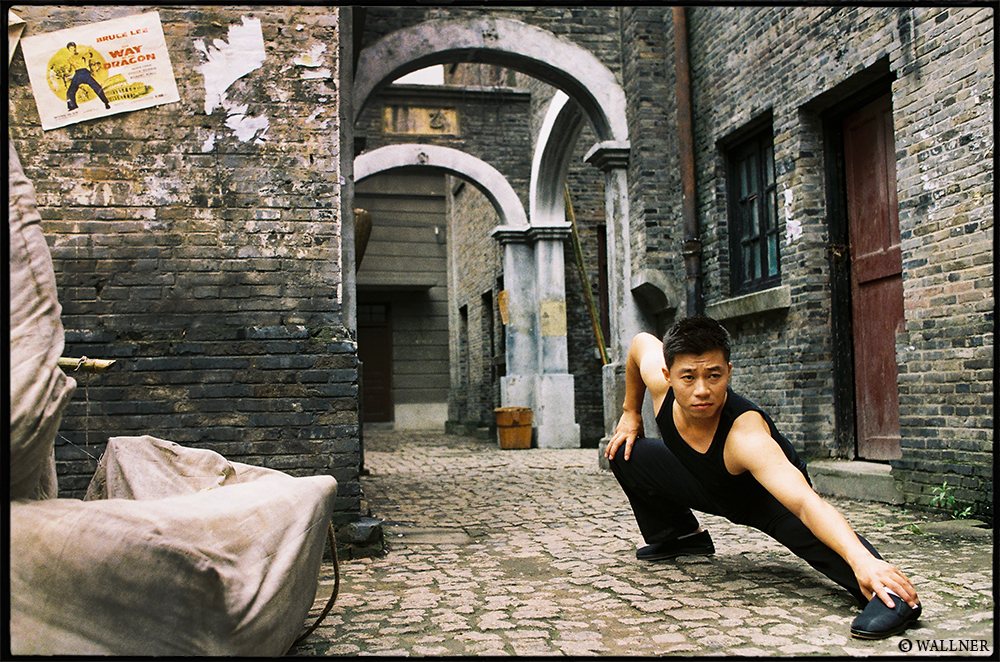 Bruce Lee quote that I like ‘Don’t get set into one form, adapt it and build your own, and let it grow, be like water’. 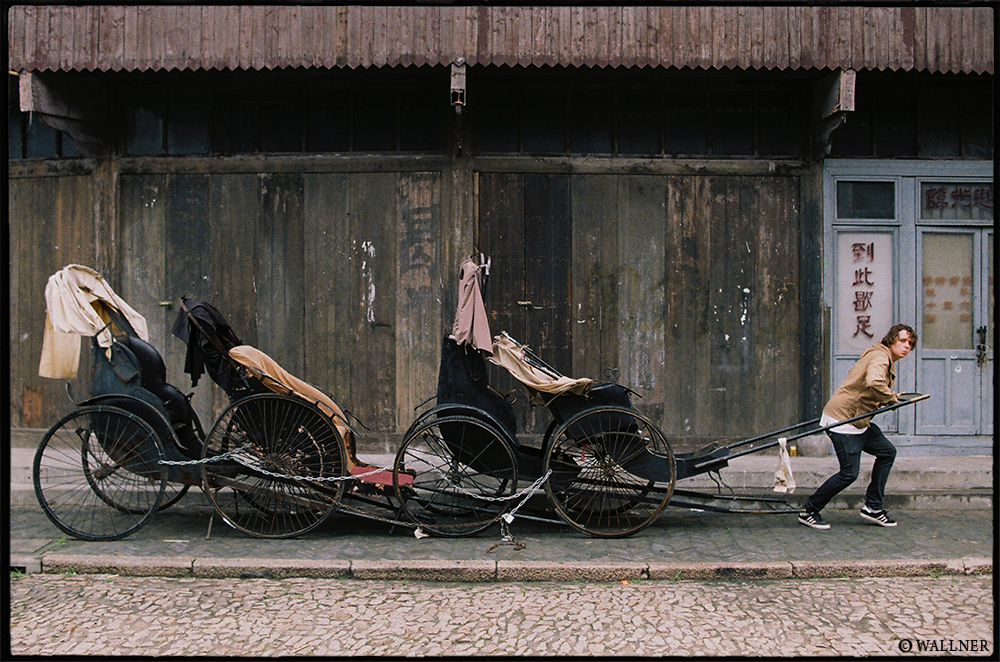 Pre-shoot goofing around with Charlie. 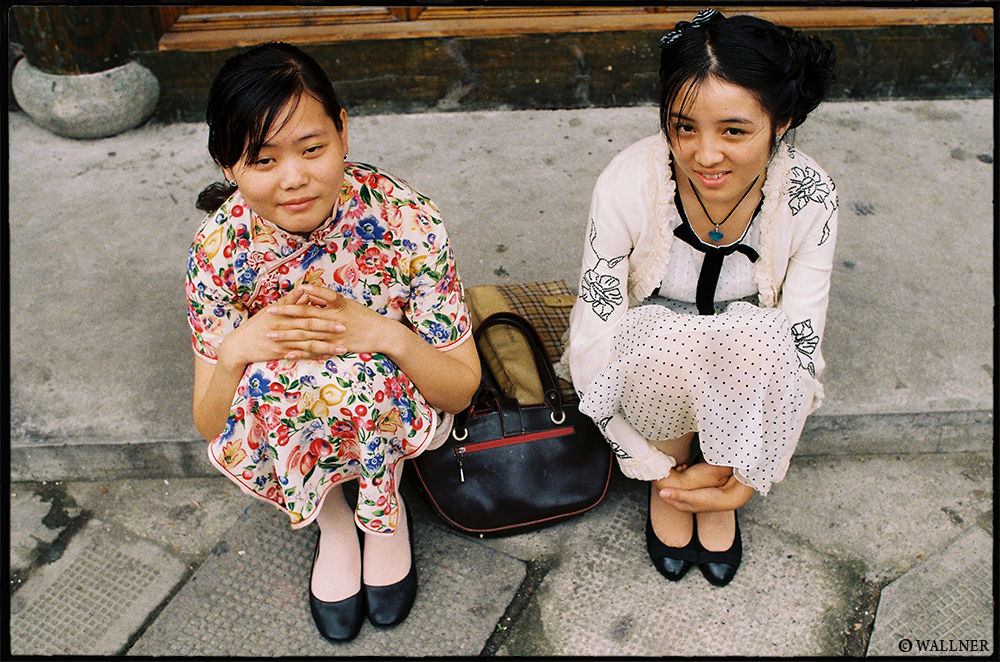 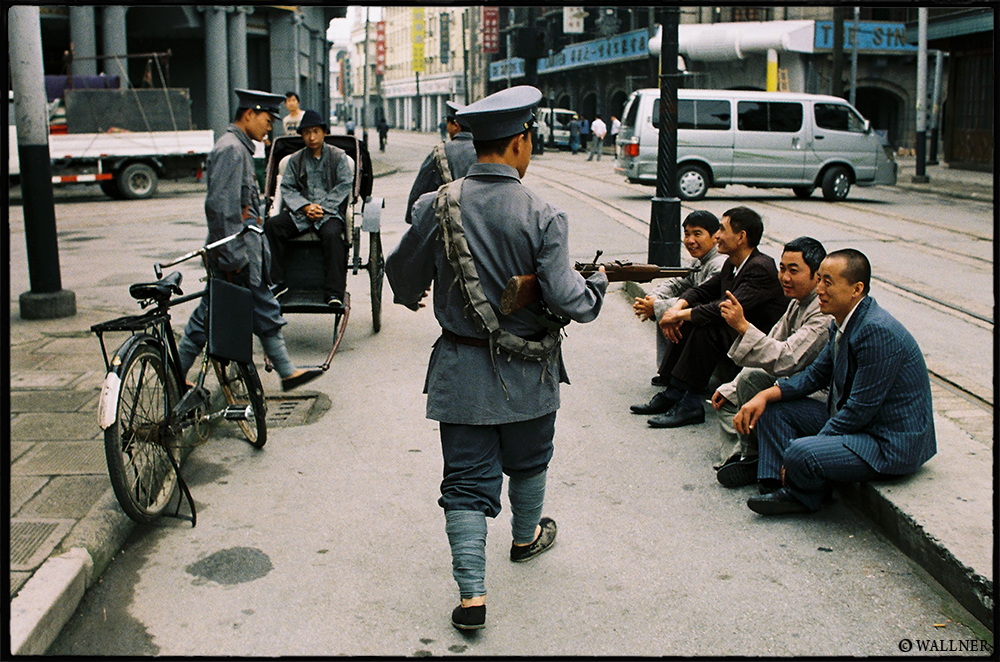 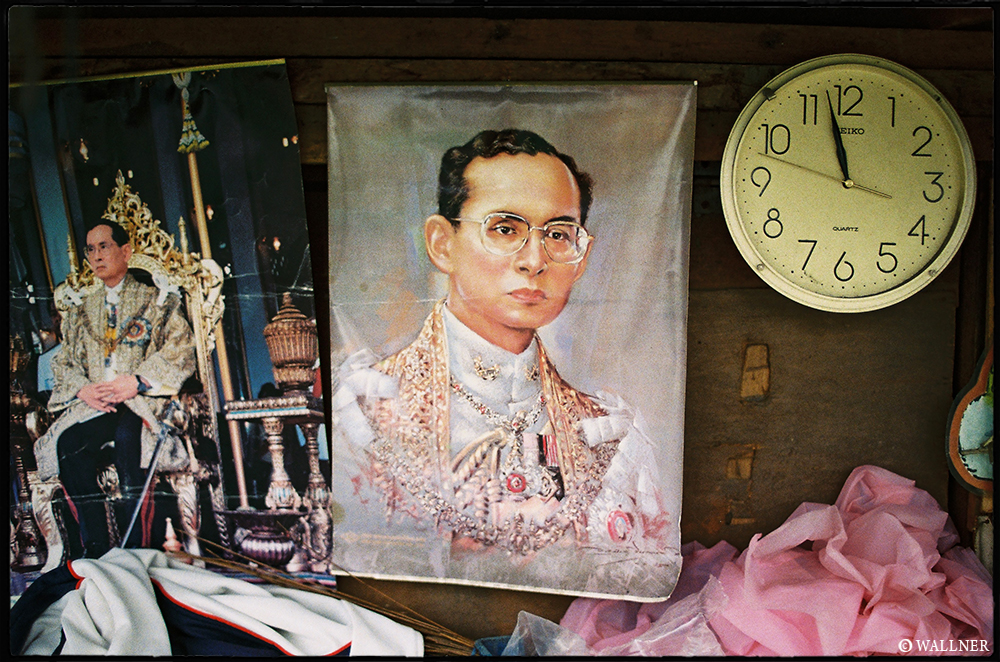 With 163 letters, Bangkok is the longest name for a city according to the Guinness Book of Records. Thanks to common sense it has been abbreviated to Krungthep. Otherwise you would have to try to avoid saying Bangkok, because it would take at least 30 seconds to say the full title. Never the less the full title of the current and ninth king, Bhumibol Adulyadej is also a chunk load of words. Try phonating his highnesses name within ten seconds and you win a Pad Thai! ‘Phra Bat Somdet Phra Paraminthra Maha Bhumibol Adulyadej Mahitalathibet Ramathibodi Chakkrinaruebodin Sayamminthrathirat Borommanatthabophit’. Good Luck! 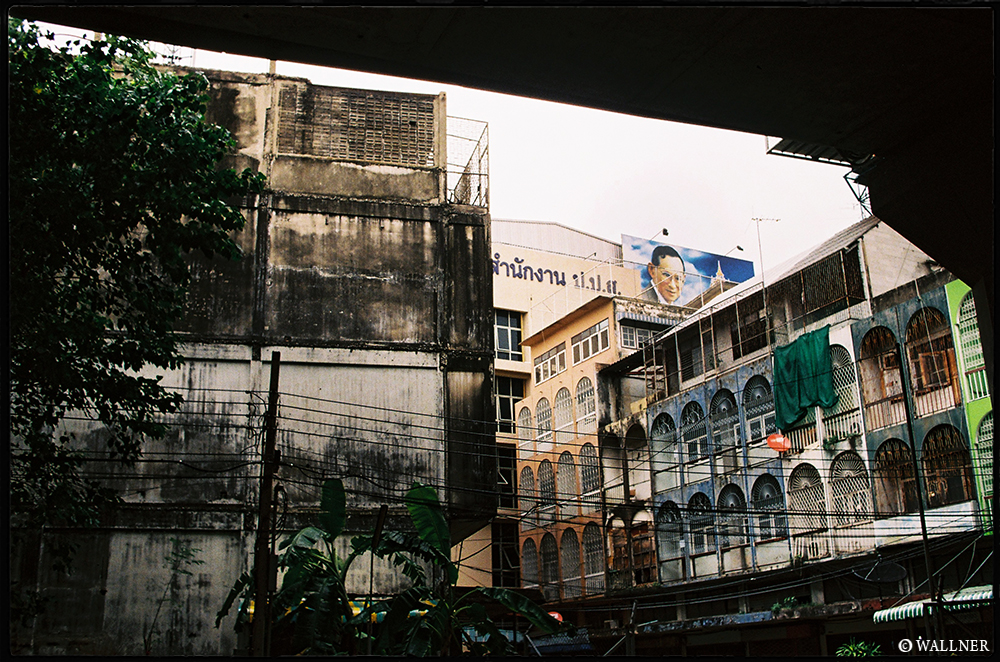 The Kingdom of Thailand might be the only state I know where these portraits of a current member of a monarch family or ruler are spread around the cities and urban environments in magnificent magnitude without a real force from above or an obligatory measure to fulfill a duty within society. Even though they might act as propaganda to keep a constitutional monarchy running, I adore their unique place in urban space. I wonder if the crown prince Vajiralongkorn will have his face all over the city as well in a couple of decades. I was pretty blown away when I was paying for a Bami mu daeng and realized that I paid with a 100 baht note which had the crown price on the back. 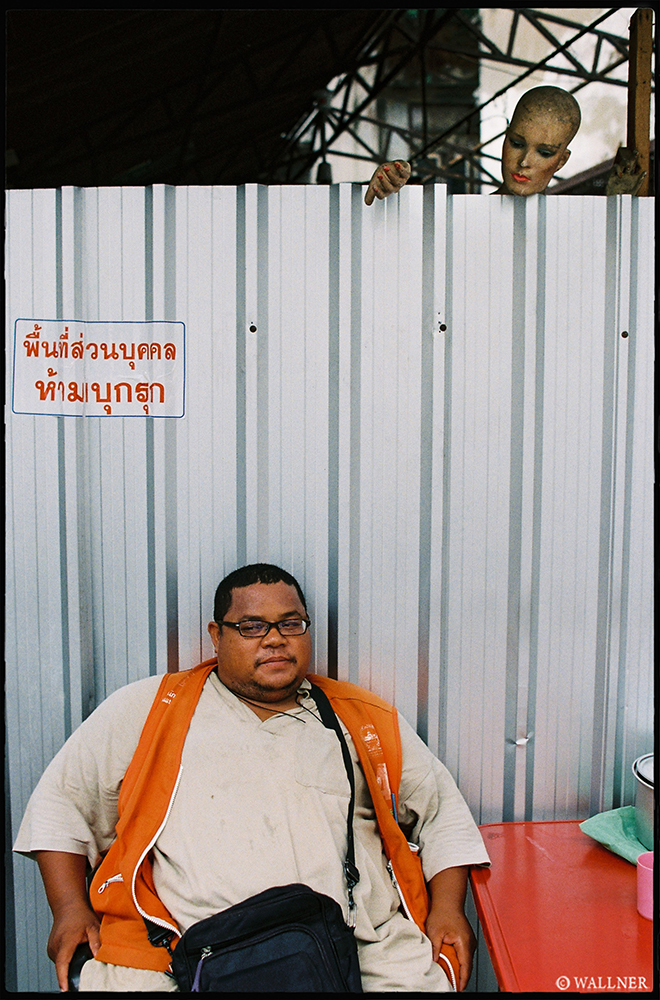 Nothing creepier than manikins watching your every move… 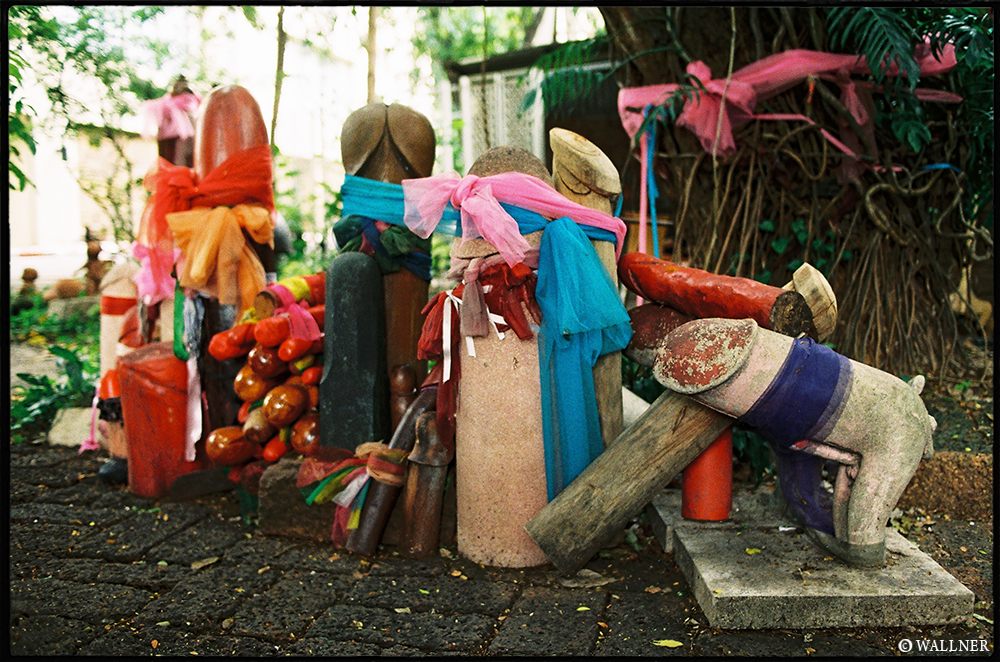 …or an outdoor temple filled with wooden carved penises by Chit Lom is quite bizarre as well. 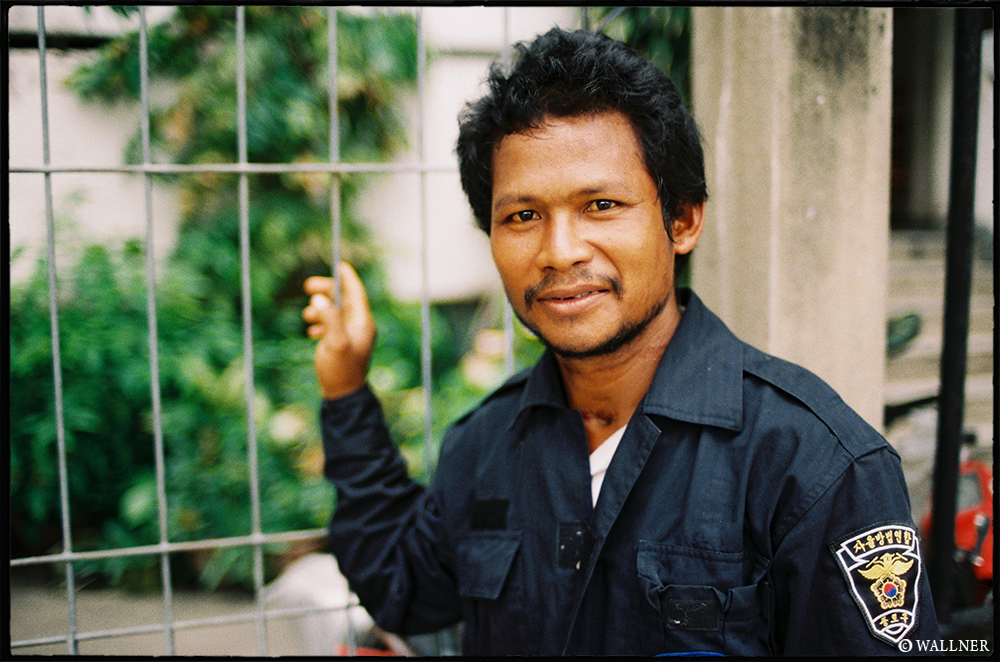 People I bump into while walking to Din Daeng. 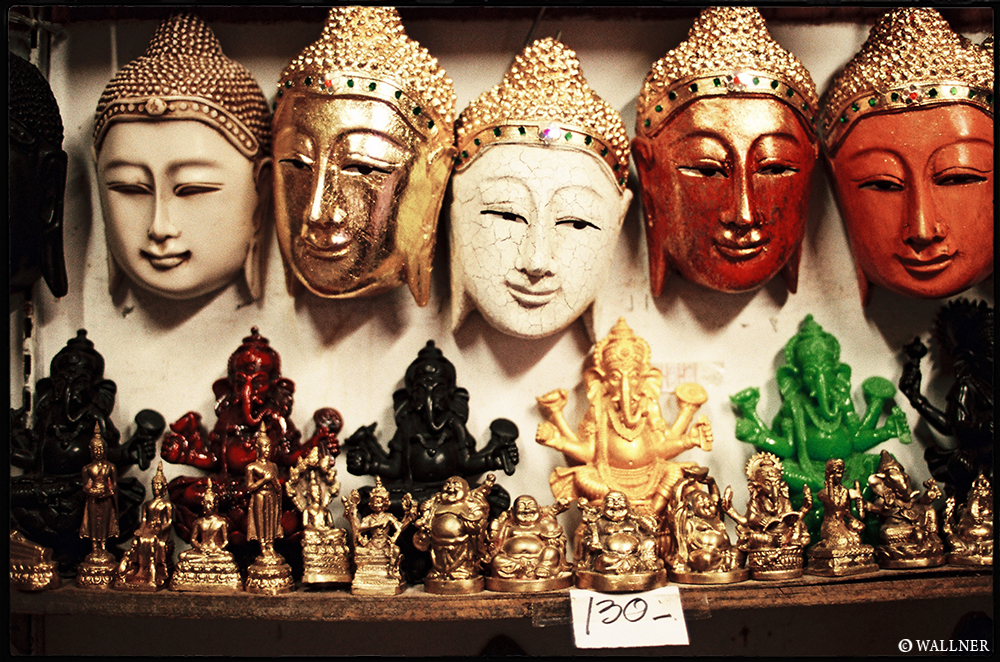 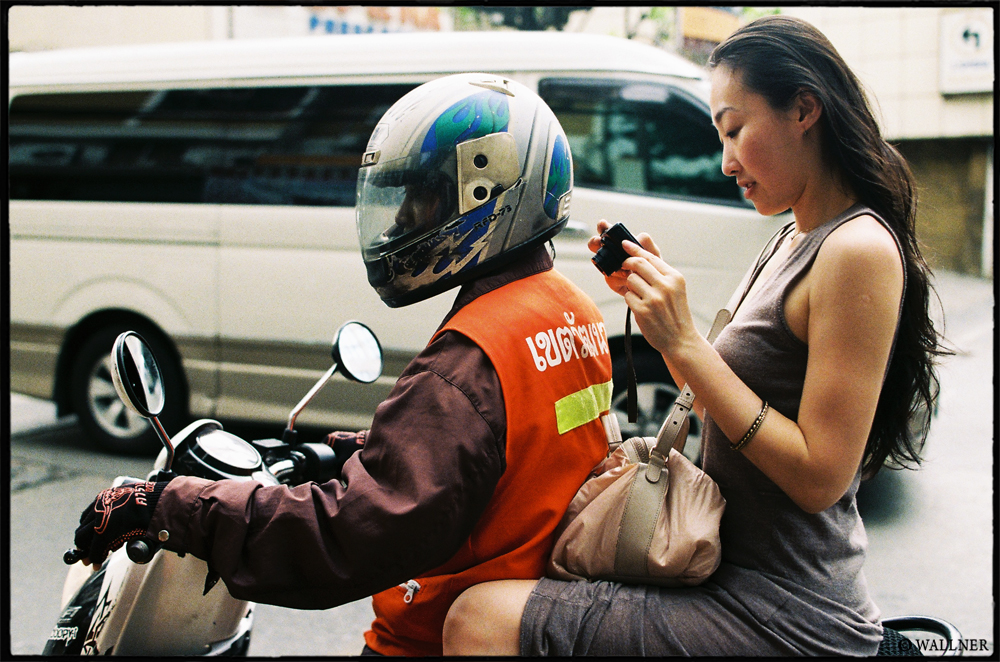 Pin flew over from Taipei and I from Shanghai for a holiday get away in Thailand. 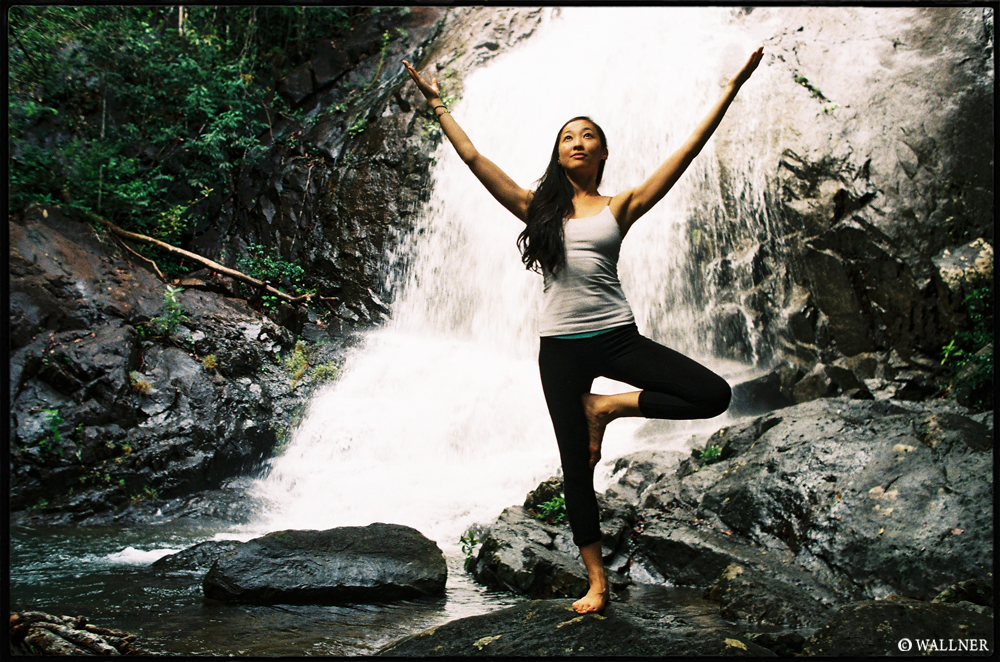 I don’t really have the elastic body for yoga, but might as well give it a go if a yoga teacher from Taiwan is already demonstrating some extreme yoga by waterfalls on the southern part of the Koh Chang island. 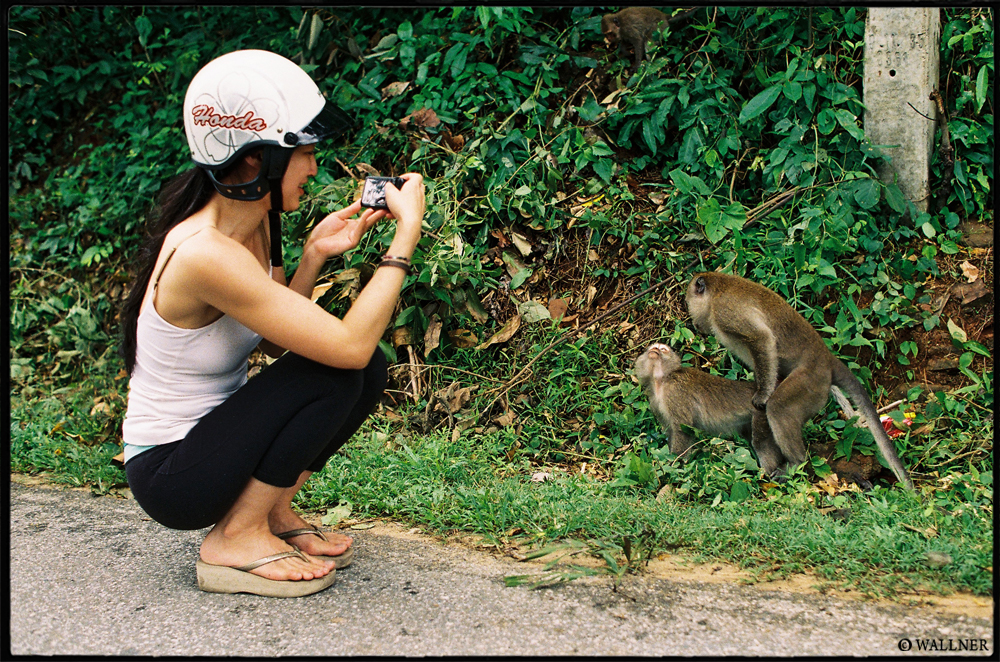 Monkey business or a.k.a 胡闹 in mandarin (when asking Google). My mandarin has improved a lot within 5 days! 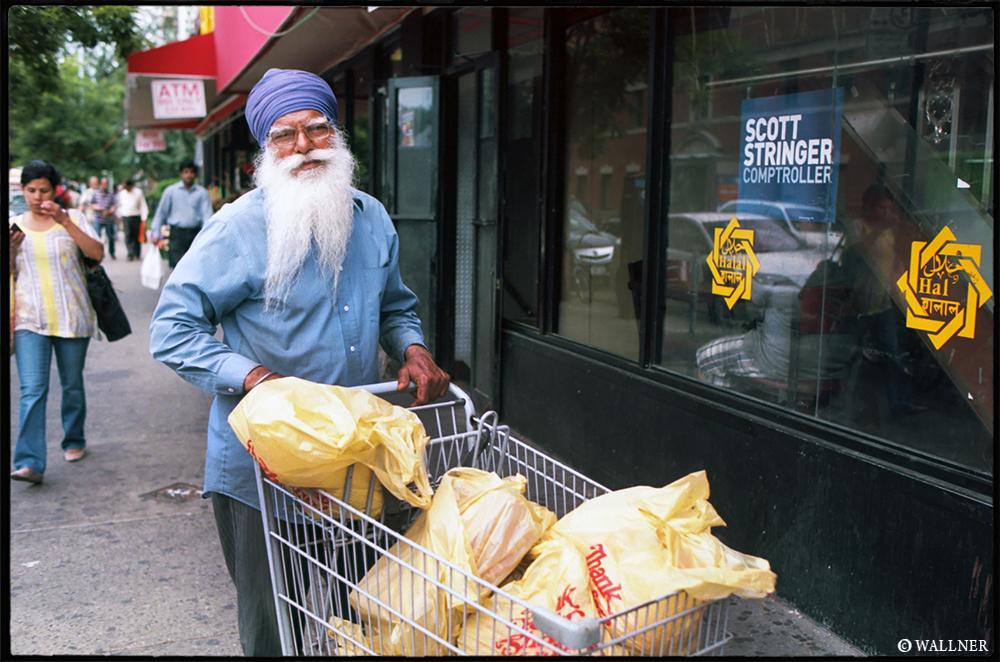 A couple weeks later I find myself in the Bangadeshi & Indian quarters of Queens to visit my dear friend Derek Flood to go push around queens & Brooklyn for a couple days. Always a pleasure taking a stroll through the boros. 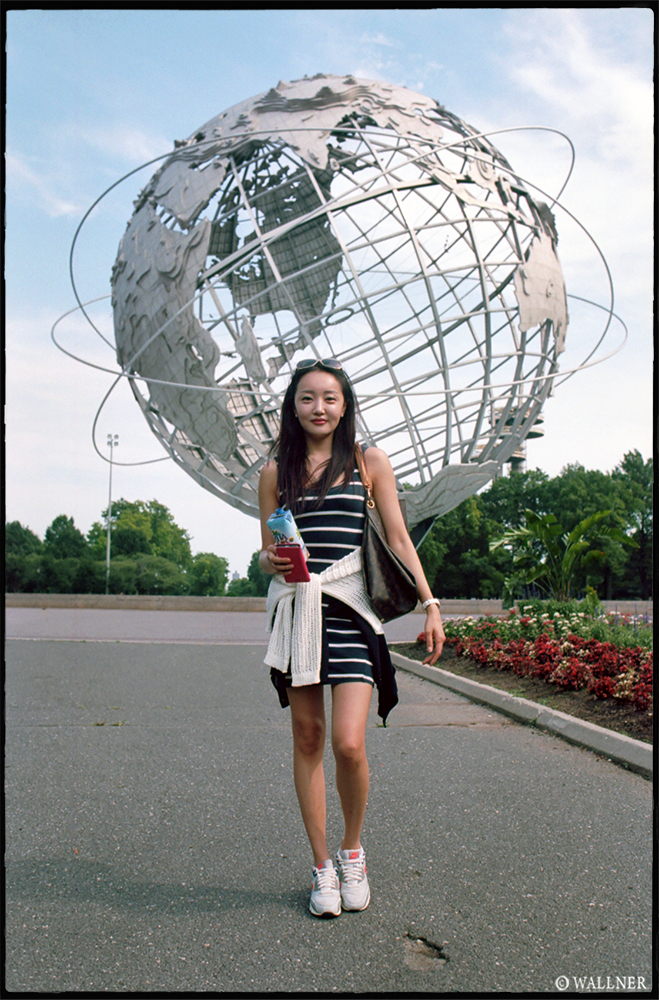 Korean stewardess are never long in town for, but might as well show them the World for one day. 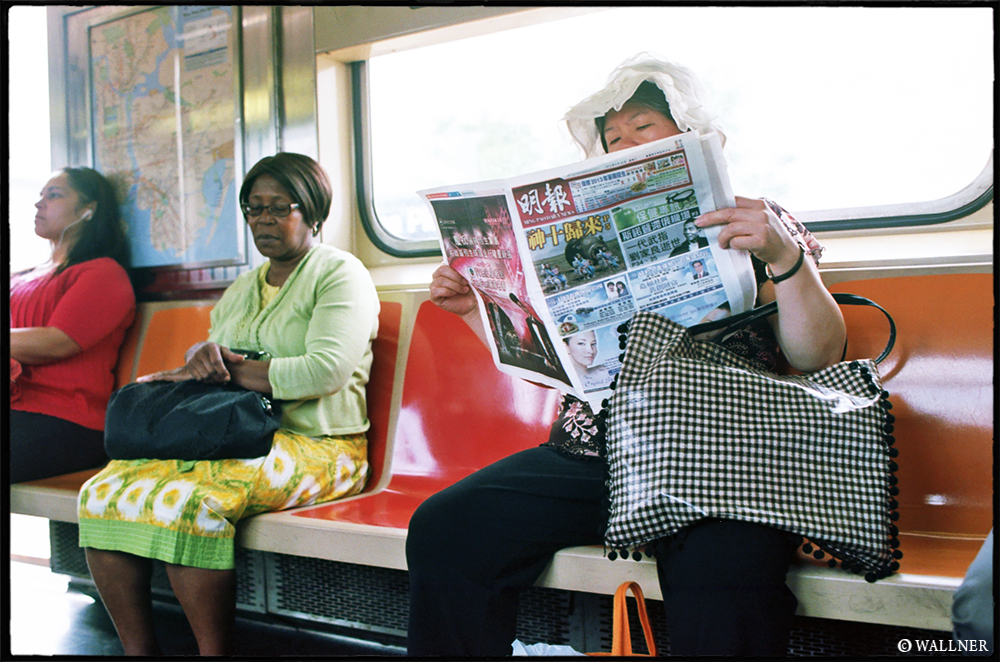 The 7 train, a time machine back to the early 2000 when skating Flushing Meadows Park used to be mandatory!