In between Siam and Vietnam 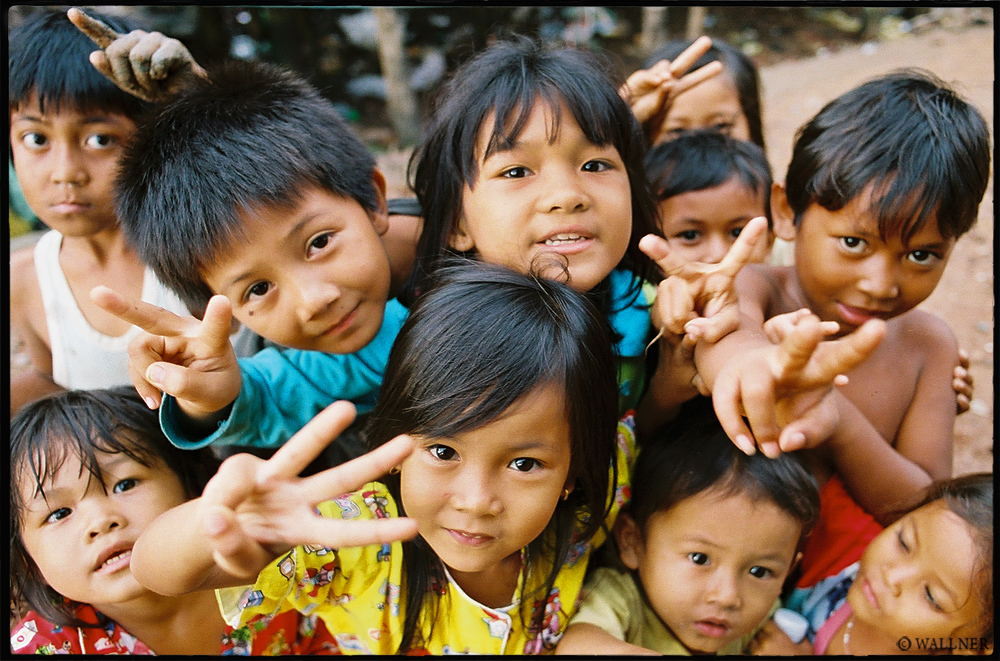 Shortly after returning home from the Isaan Province of Thailand, i had to by pass the same route once again heading to Cambodia to cross those borders for a night to gain myself some more time in Siam. Usually foreigners tend to cross a bit more north, making the locals a bit less tamed, curious and welcoming, when I lurked through the slums of Koh Kong in south-western Cambodia. 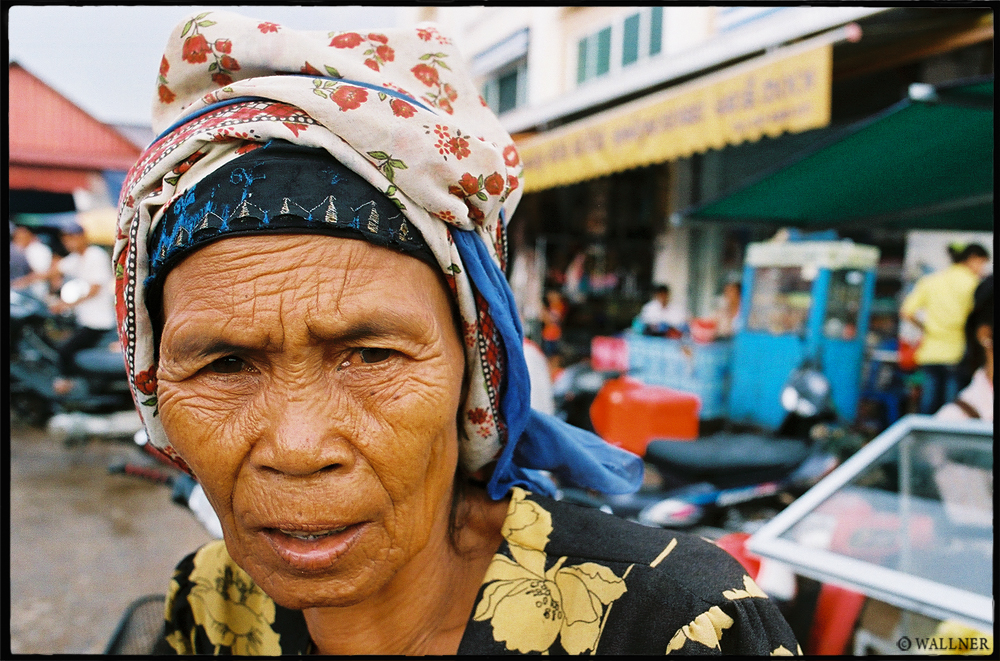 Country-side women at the local market which is now dominated by chinese products. 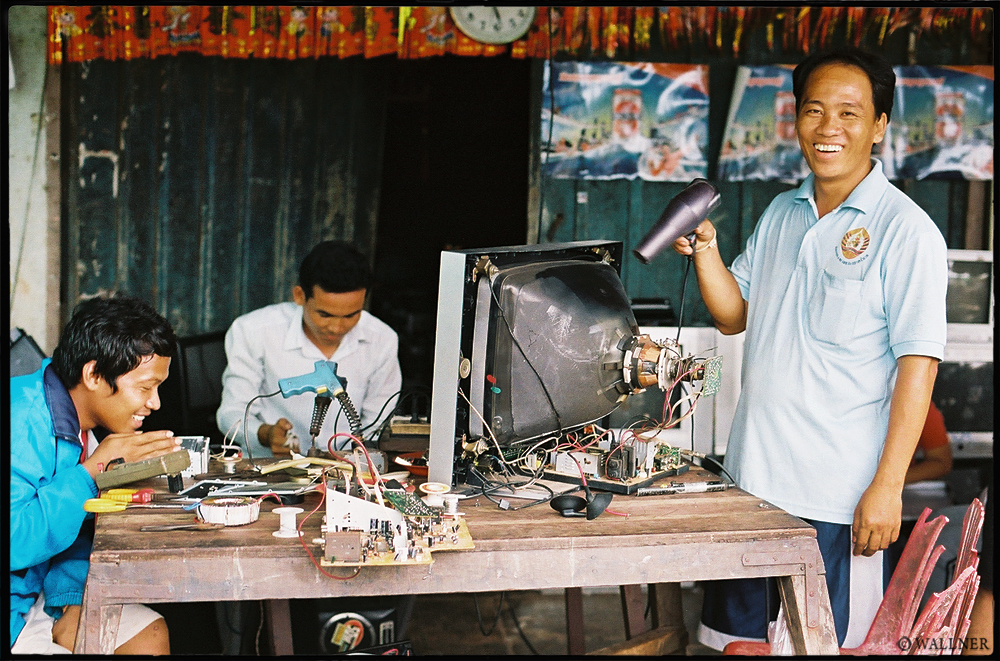 Remedy for a wet Television… a hairdryer. 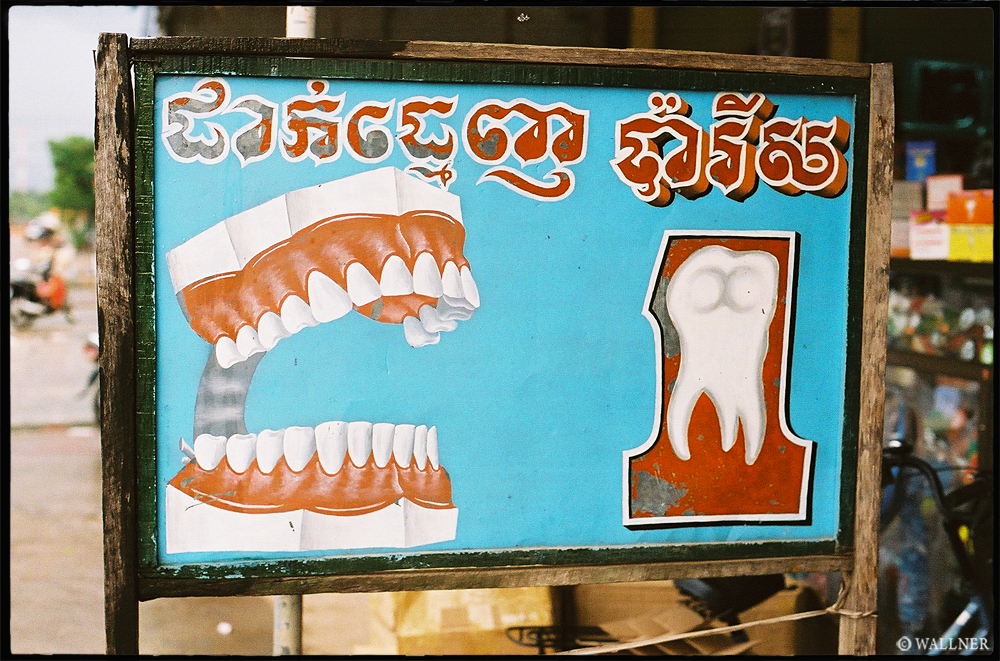 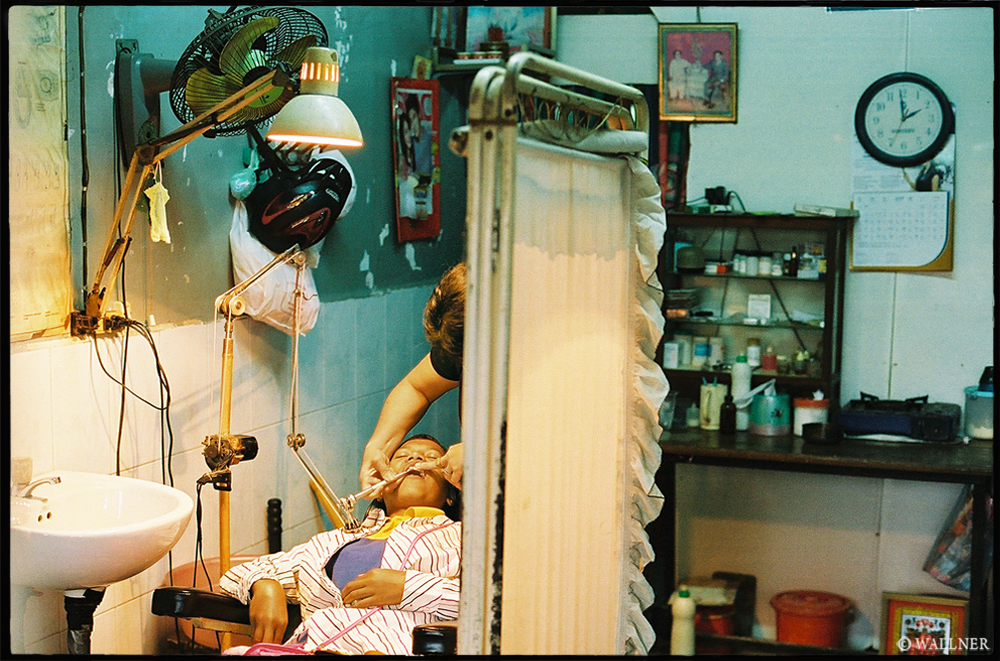 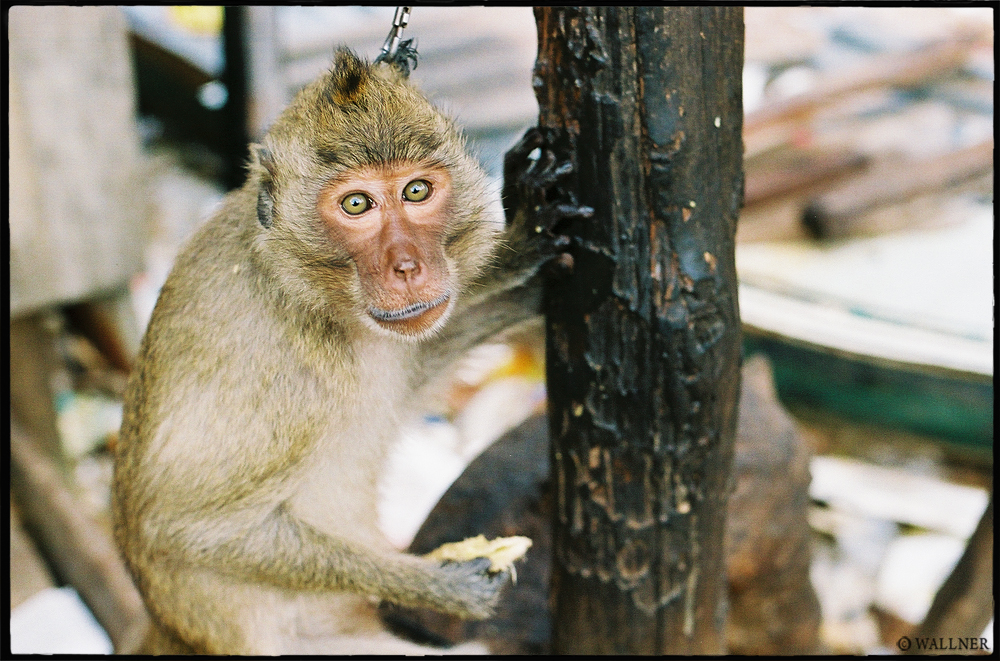 Monkey portraits are turning into an overly abused cliche for south east Asia. I started to get to the point where I try to ignore them. But every time I get confronted with these primates, I just find myself triggering away. If I wasn’t selective enough, the past five photo updates would of been engulfed with these cercopithecoids. 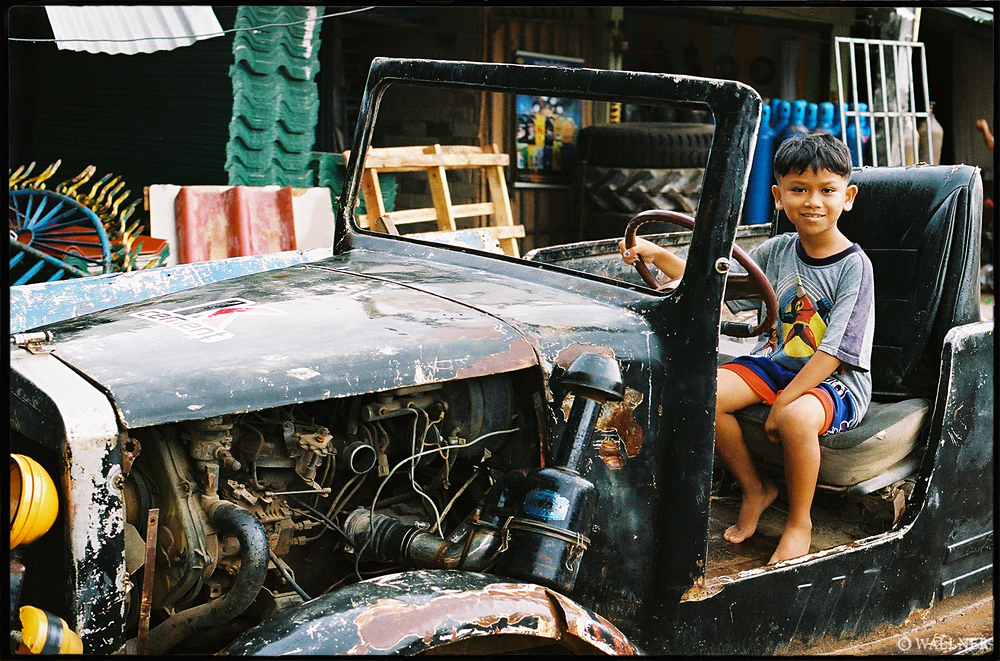 Legal driving age in Cambodia = the age when you figure out how to turn on the fuse. 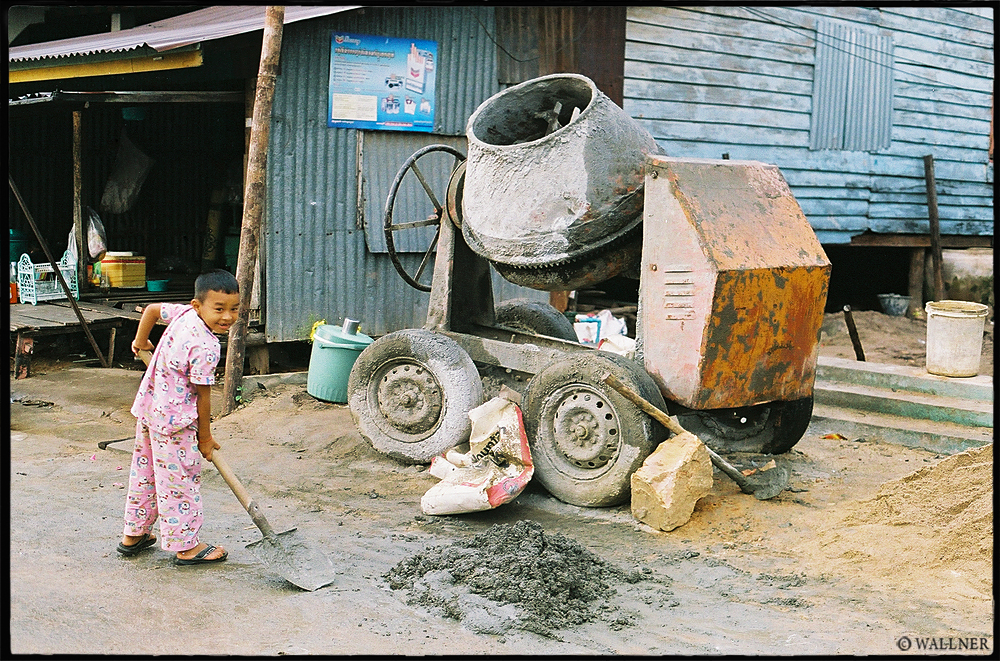 Legal age for manual labor in Cambodia = when your dad gives you that shovel to mix cement. 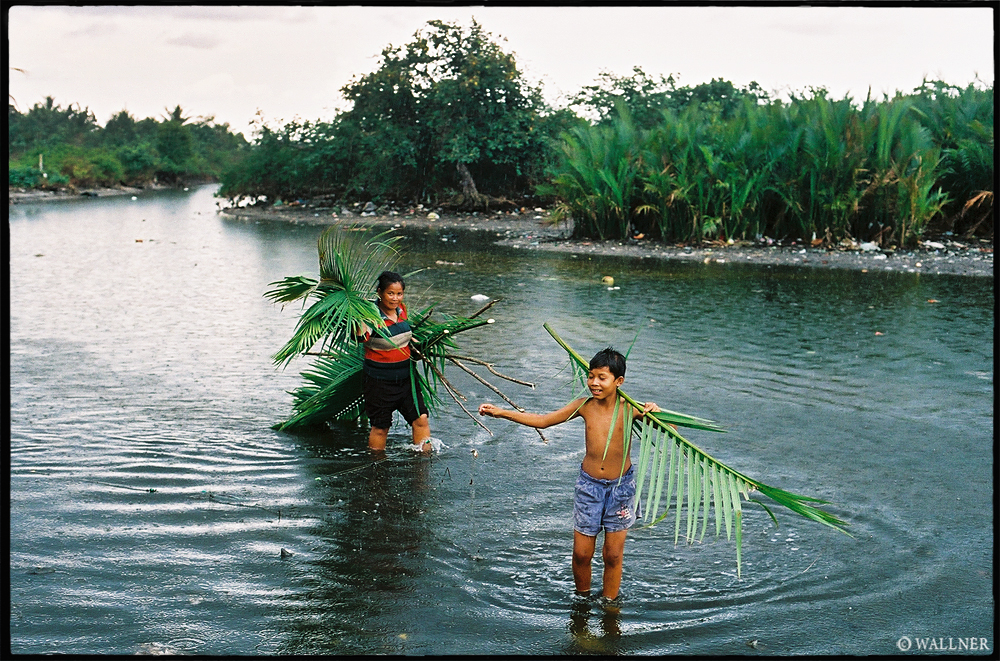 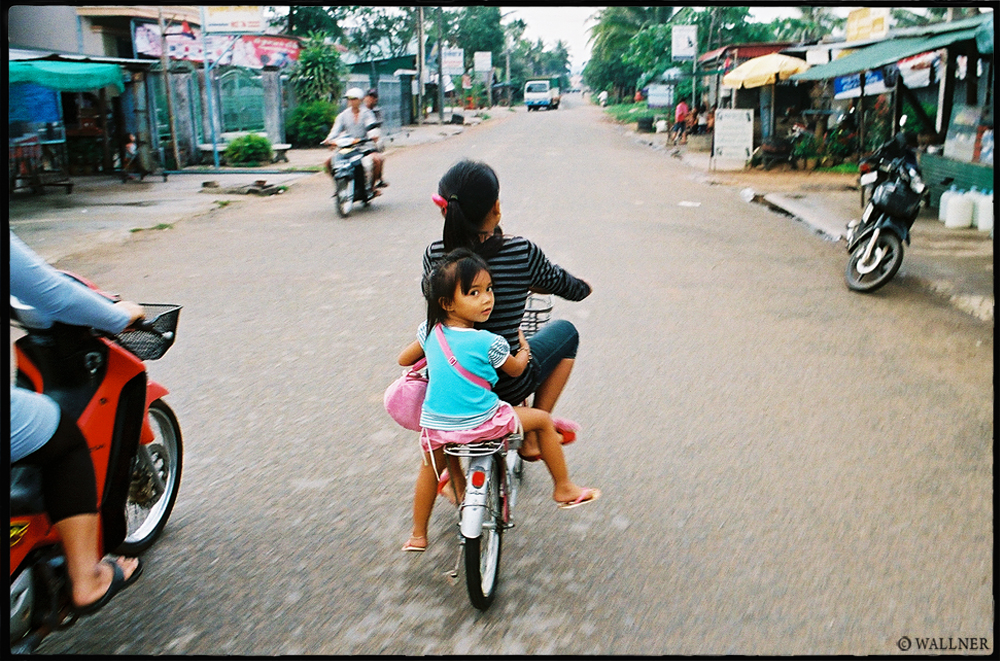 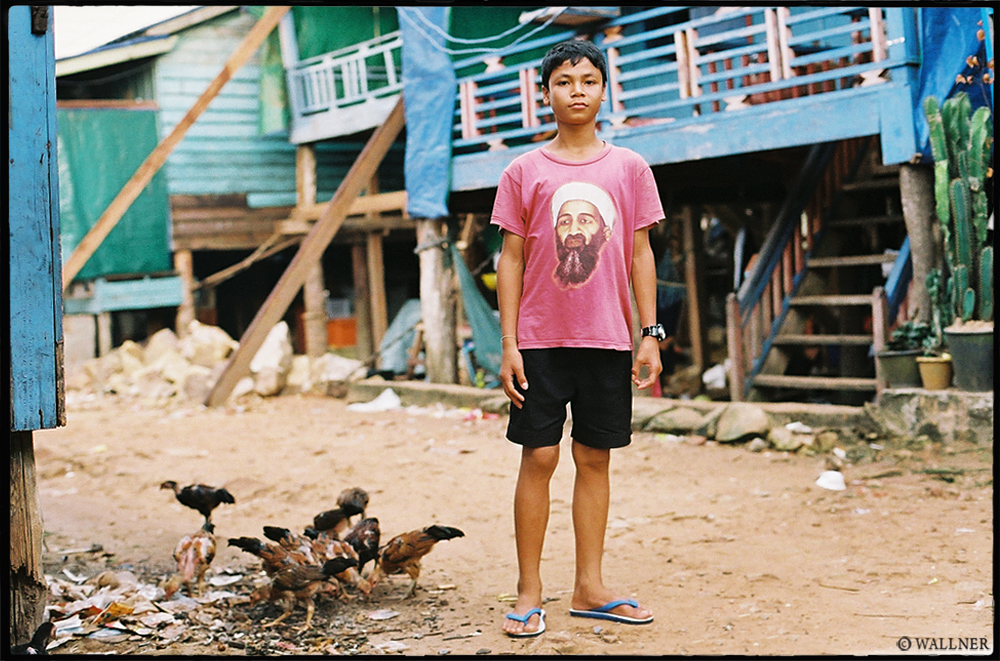 The Sunni Saudi, Osama bin Mohammed bin Awad bin Laden, coming from a wealthy background which had close ties to the Saudi royal family has somehow gained international fame. To the extend were kids in Cambodia don’t mind portraying the mastermind behind al-Qaeda, (meaning ‘the database’) who are behind the bombing of the American embassies of Kenya & Tanzania, the transit-murderers of Madrid and London, the two attacks on the Word Trade Centers in New York and the small but numerous suicide bomb casualties on the Arabian Peninsula, all for jihad, the ‘holy war’ to cleanse westernization & anything un-islamic from Muslim grounds. 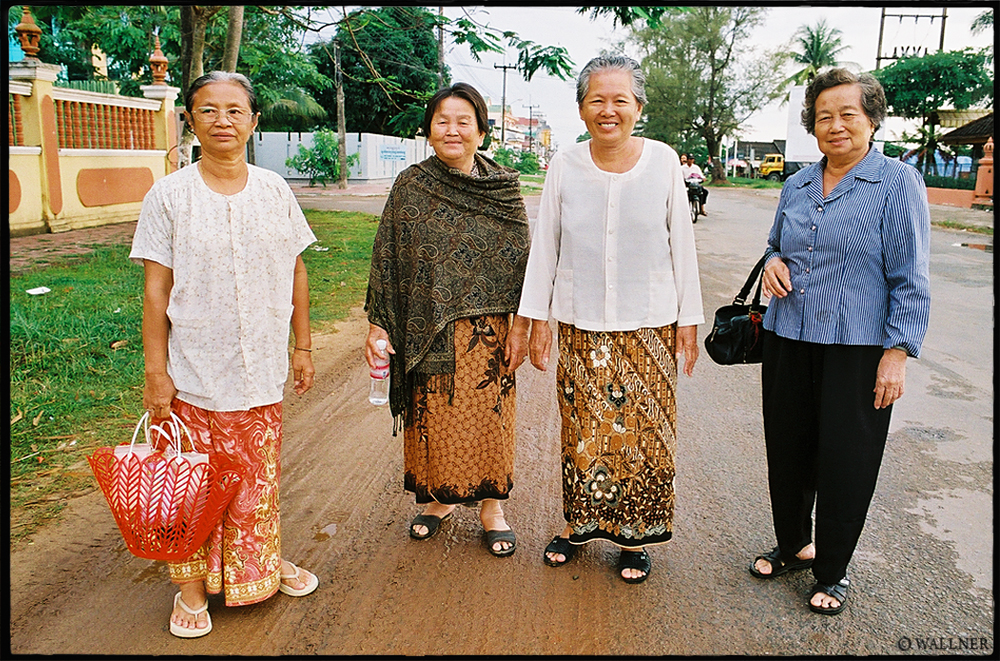 These women’s grandparents were living during the time when Vietnam was trying to occupy during 19th Century, their parents were under the control of Siam (Thailand). They themselves lived through French suzerainty. Their children through Pol Pot’s Khmer Rouge & their grandchildren are growing up waiting to see what happens next. 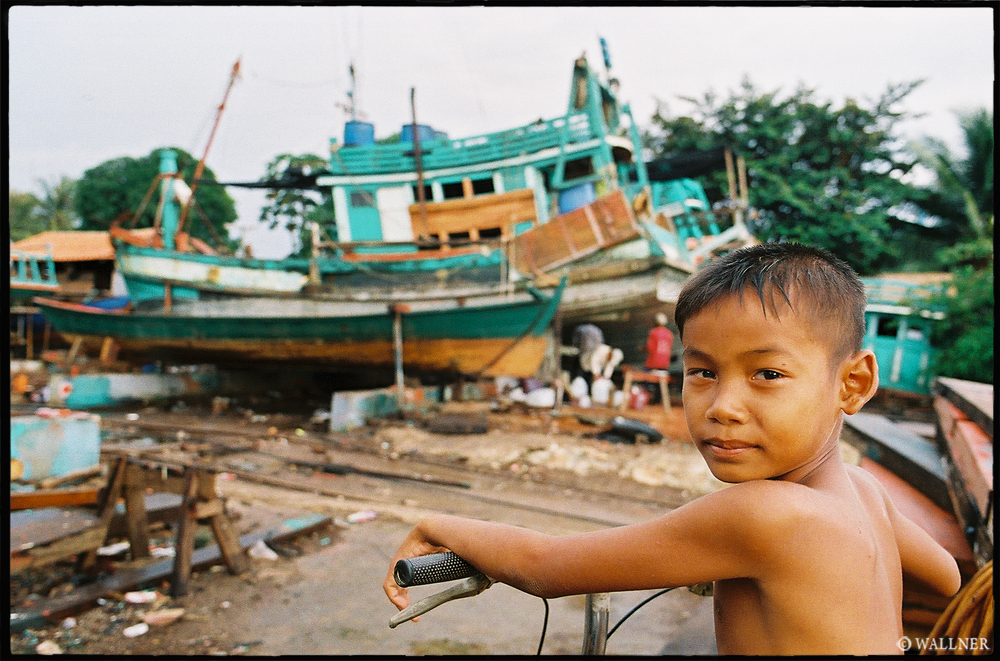 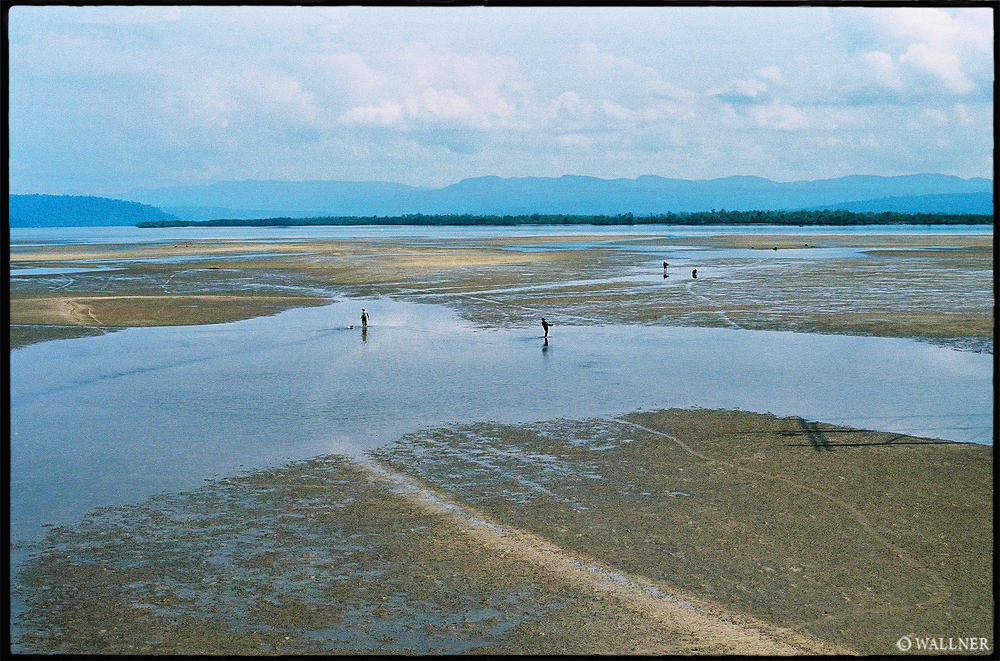 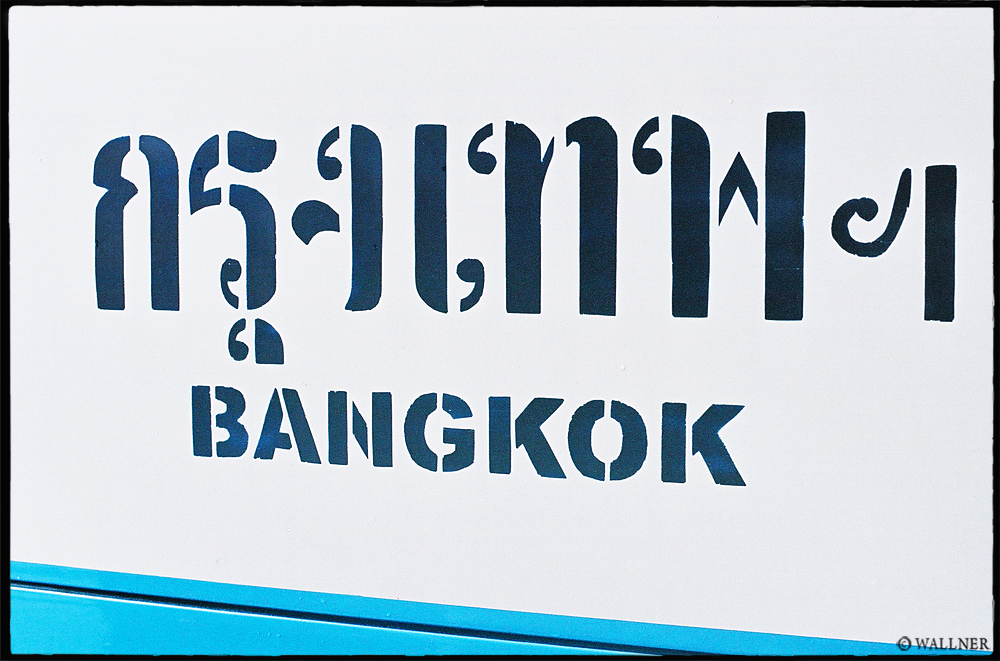 Twenty-four hours in Cambodia passed quick quickly. I had to head back to Bangkok to do some last minute filming before heading on a month long tour with Preduce to the People’s Republic of China. I am currently (5/2011) in the Canton Province with my undeveloped films, which is the result of the shortened Photography update for this week. I am hoping to upload the trailer for the upcoming documentary ‘The Mandalay Express’ within the next ten days, followed by more photos from Eastern Asia.