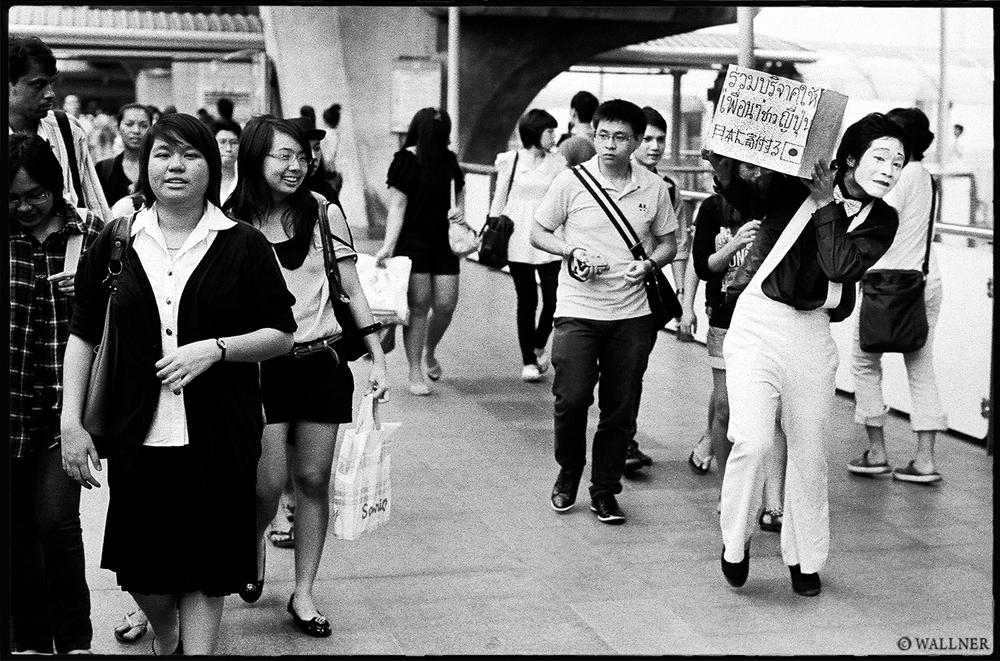 On March 11th, 2011, a 8.9 magnitude Earthquake hit the north eastern coast of Japan. Fund raising mimes were lurking around the city to collect some nickels and dimes for the unfortunate ones that lost everything on that day. 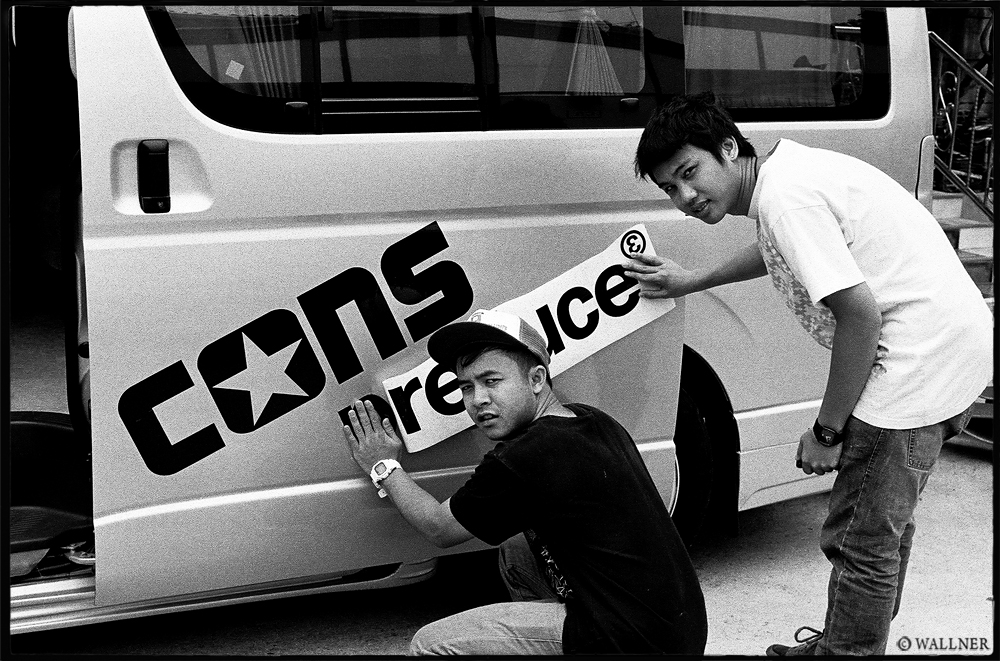 Its hard to pass through the streets of Thailand without coming face to face with either his Majesty King Bhumibol Adulyadej, or the King of the Thonburi Kingdom, Taksin. Both have influenced and shaped the way Thailand is now structured geographically and operates politically within this constitutional monarchy. While the present King hasn’t changed Thailand in its shape or form, King Taksin played a big role in the late 1700s in liberating Thailand from Burmese occupation. Also fighting the Lanna in the north, Cambodia to the east, Taksin spend most of his time as king fighting wars until his death in 1782 when he was beheaded after turning mentally insane thinking he was the future Buddha. 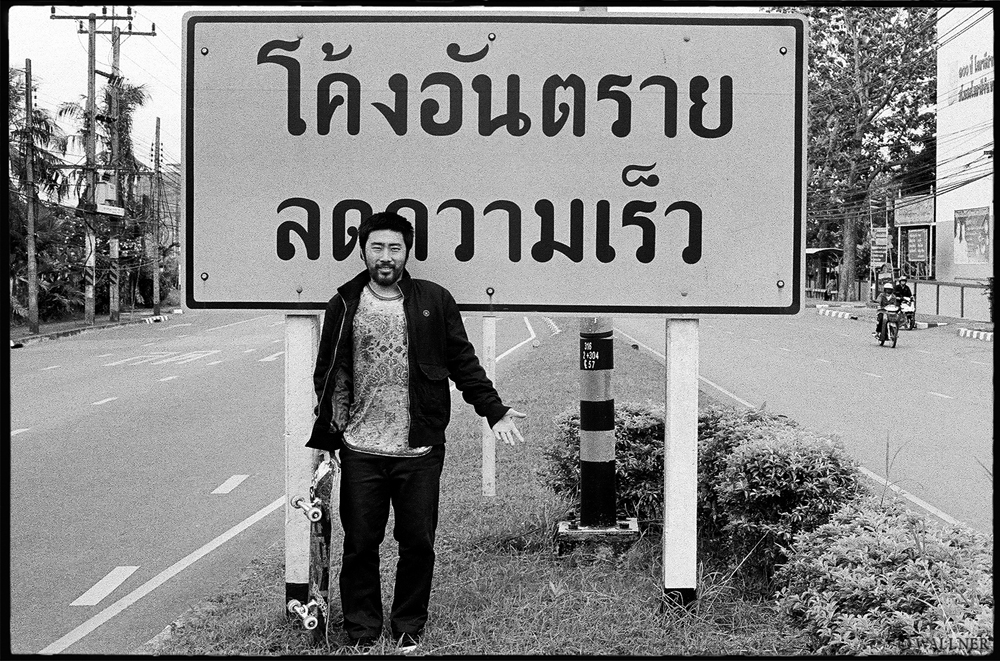 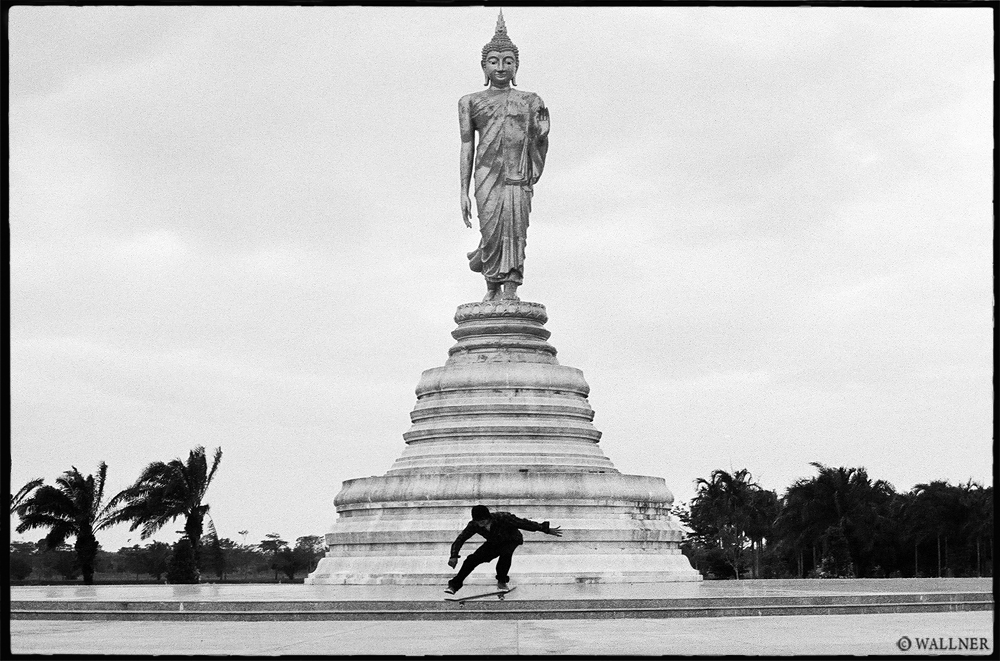 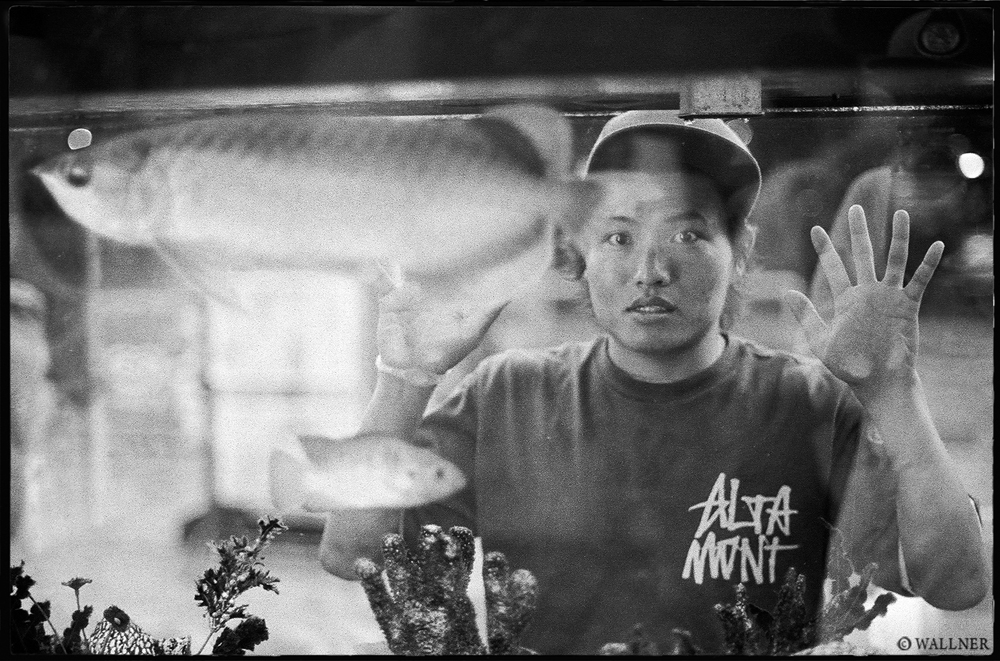 Blackie and Xu Ying came over from the Mainland to skate some rough spots in the middle of nowhere in Thailand. 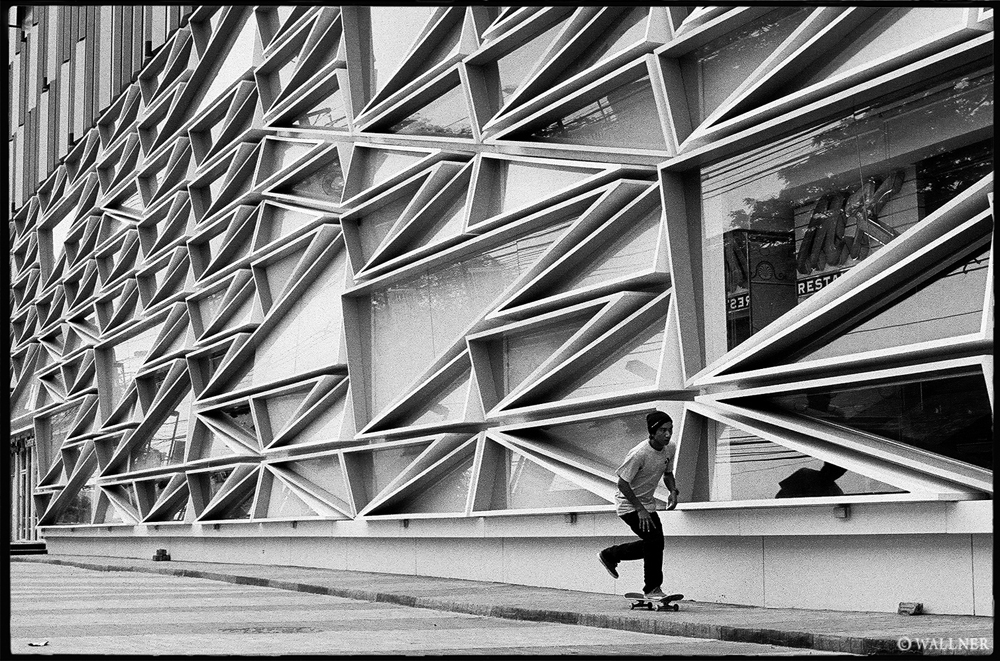 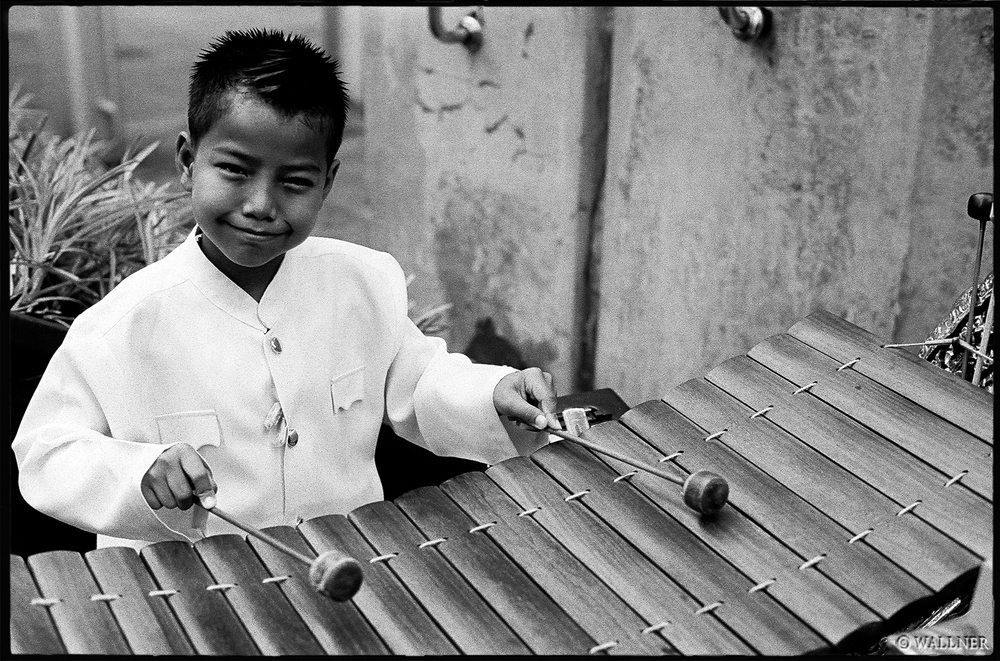 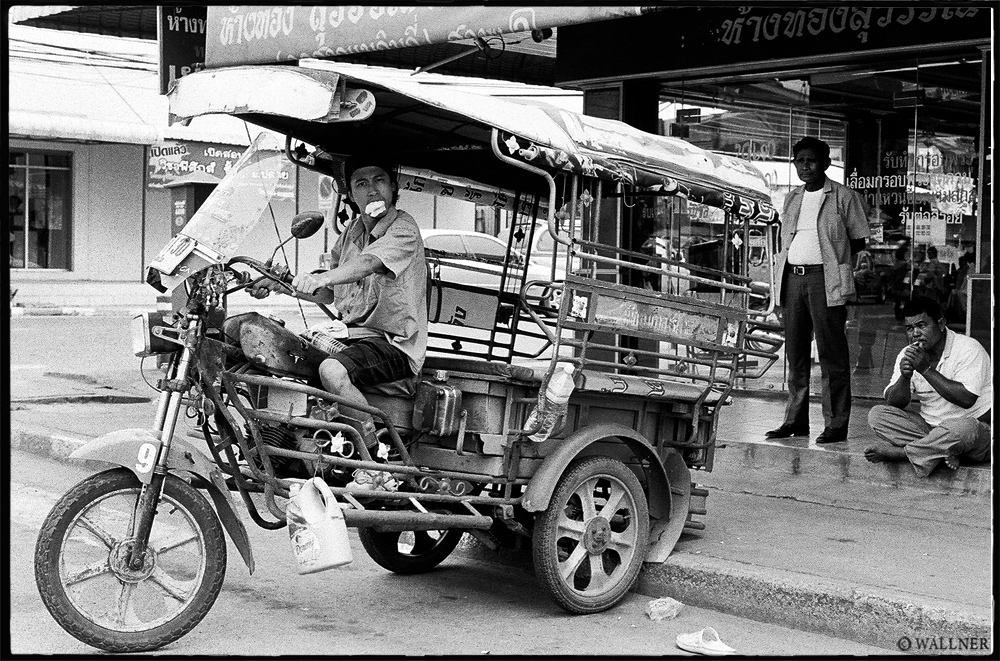 If Tao Kitpullap wasn’t a professional skateboarder, he would be either be an actor, designer, trend-setter, journalist or maybe a Tuk tuk driver in Mahasarakham. 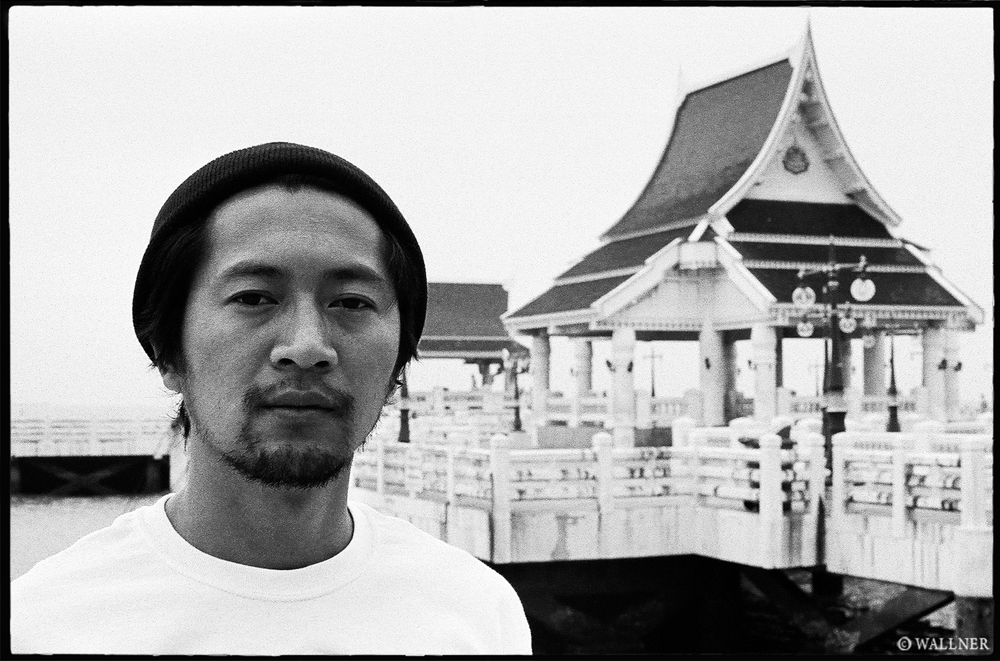 According to Charlie’s Shanghai 5 skate flick, if Eric Lai wasn’t in the skate scene he thinks he would be owning a casino or running some sort of gambling business… 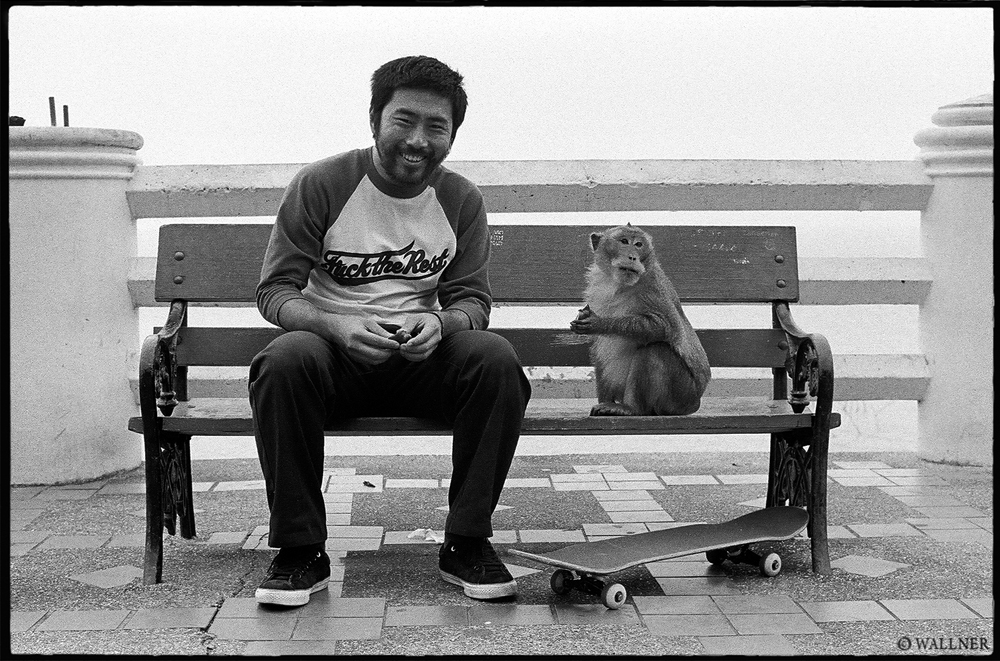 Going to Thailand and not running into monkeys is just unavoidable… 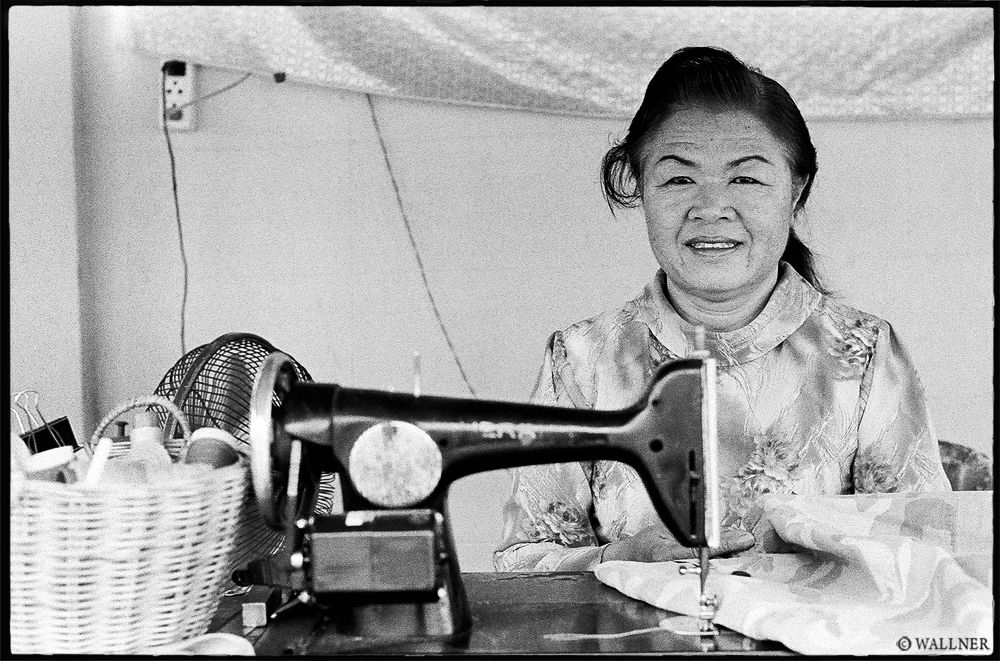 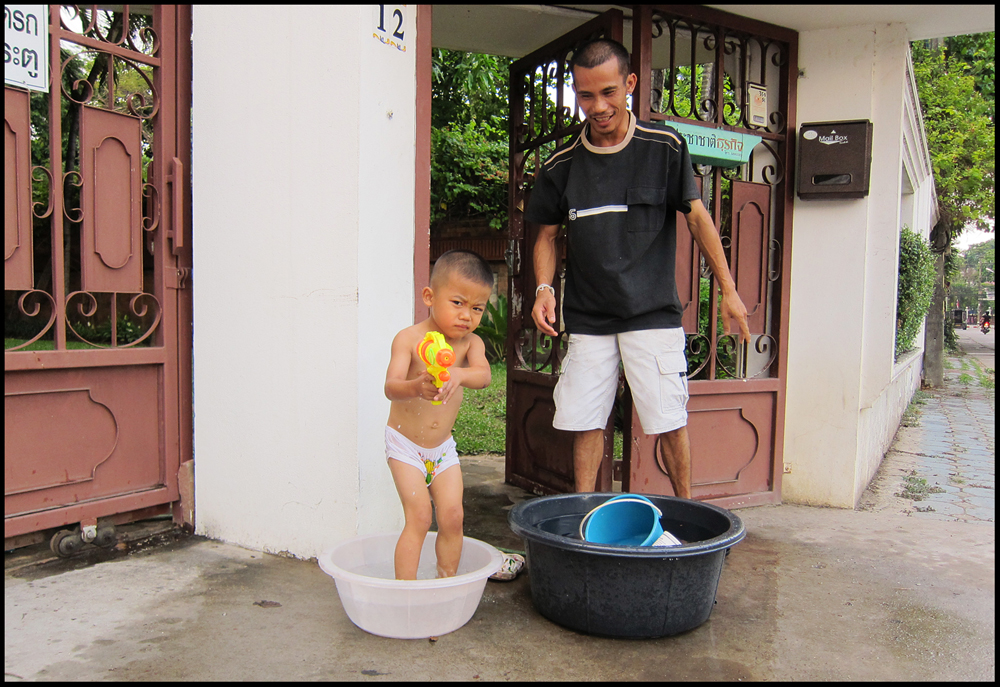 The Songkran Festival (Thai New Year) is celebrated by getting completely soaking wet by anyone and everyone present outdoors. Three days of water war with smiling civilians of Chiang Mai proved to be my most amusing new year spend in Asia. Taking photos without a plastic bag covering the camera body is suicide for the machine. I left the analog equipment at the hotel and played it safe with my point & shoot digital camera. Check short video clip above. 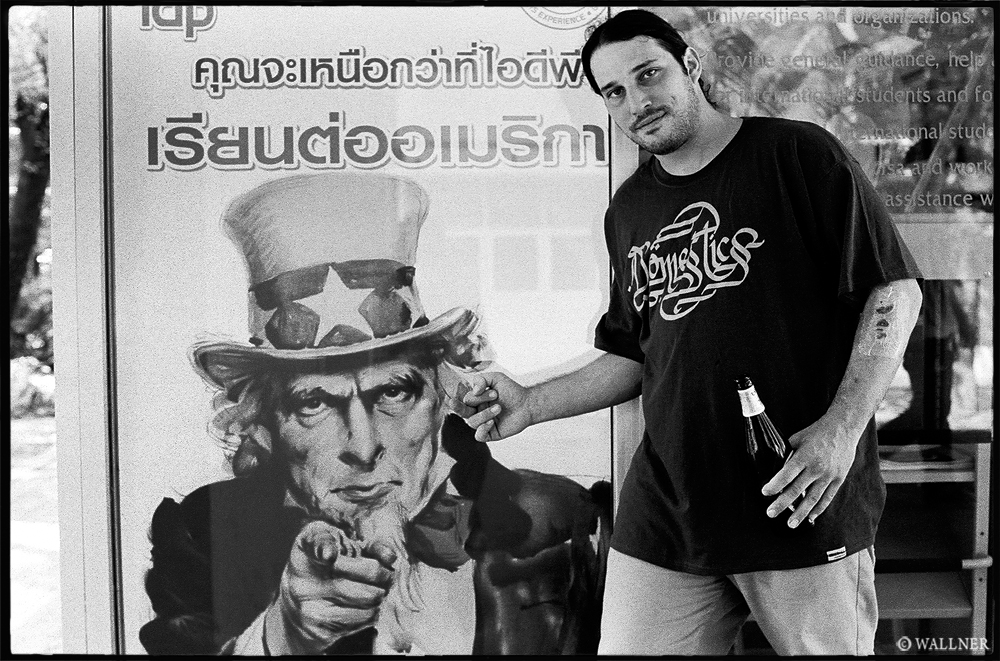 Fred Gall is just not the average American Joe. First of all, his roots go back to Hungary, which seemed to bonded us a bit since we both share quite possibly Mongolian blood in the end. Secondly, no one could ever top my first encounter with him, which happened to be at a bar where he came out of the toilet with the girls bra on… priceless. 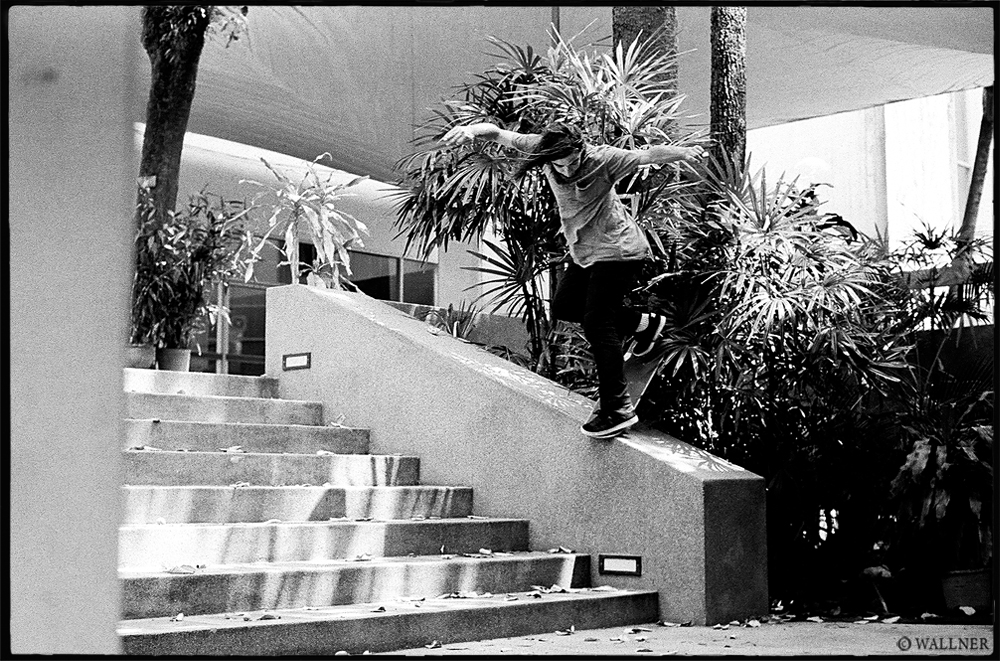