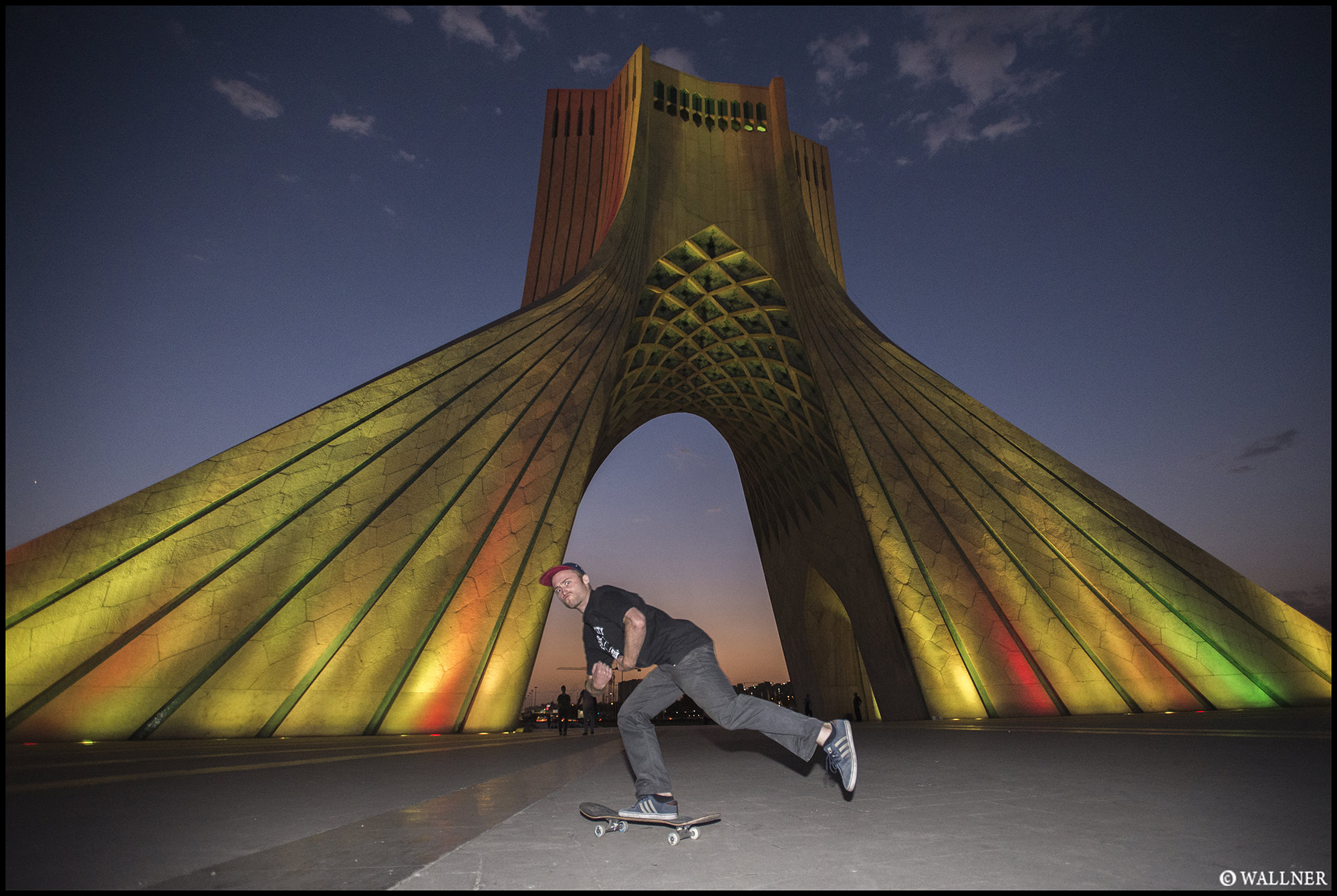 From the Persian Empire to the Islamic Republic of Iran, this nation caught between the Caspian Sea (actually a Lake) and the Arabian Sea has always played a vital role in history considering its location right in the passage between the Orient and the West. During the rule of the Shah before 1979 when he was forced into exile, this country as well as Afghanistan were the ultimate backpacking destinations for hungry travel enthusiasts. But after Ayatollah Khomeini succeeded the Shah and turned this country into the epicenter for followers of the Sharia law. Skateboarding in a nation like this would have been impossible a couple decades ago. Even today skateboarders face a big challenge obtaining boards as well as fitting in, considering a skateboard is ‘build by the devils of the west’. After zigzagging our way through Central Asia, I knew that the Islamic Republic of Iran would have to be our next destination in our journey around the Eurasian peninsula. Everything seemed to at first have worked out, just like this push of Laurence Keefe at the Azadi Tower on our day of arrival! 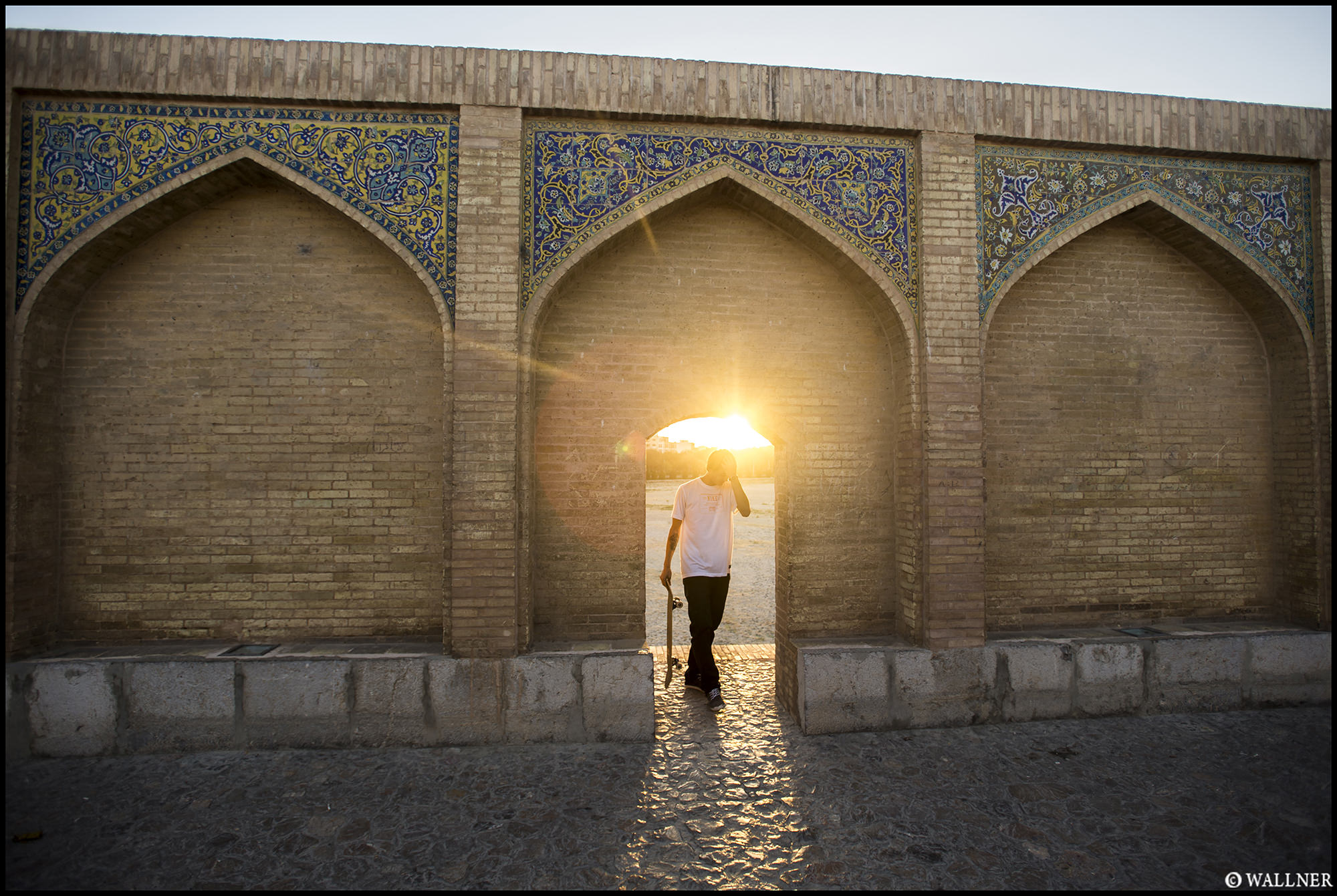 For anyone who has been tuning back to my Visualtraveling website for the past years, would know that this is my first photo update again after almost two years of an absence. To quickly sum it up, I started working on visualtraveling.com since autumn 2006. Around the autumn of 2013 I was fed up with the web platform I was using at Yahoo which was too simplistic and just outdated. The problem was that everything I have done within those seven years could not just be copy pasted over to a new platform, meaning I had to start from scratch. Right now (pre-summer 2015) I am using WordPress and I am taking my time to organize everything, reconstruct and also start posting some photo updates as I used to. The only problem is that almost two years have passed since this trip (The Persian Version) and I am lacking passion to do the long write ups as I used to in my old photo updates. The agreement to which I came to myself, was that I would write something only I really needed to say something about the image, not get too much into history and story telling as I used to. I’ll let the film do the talking. 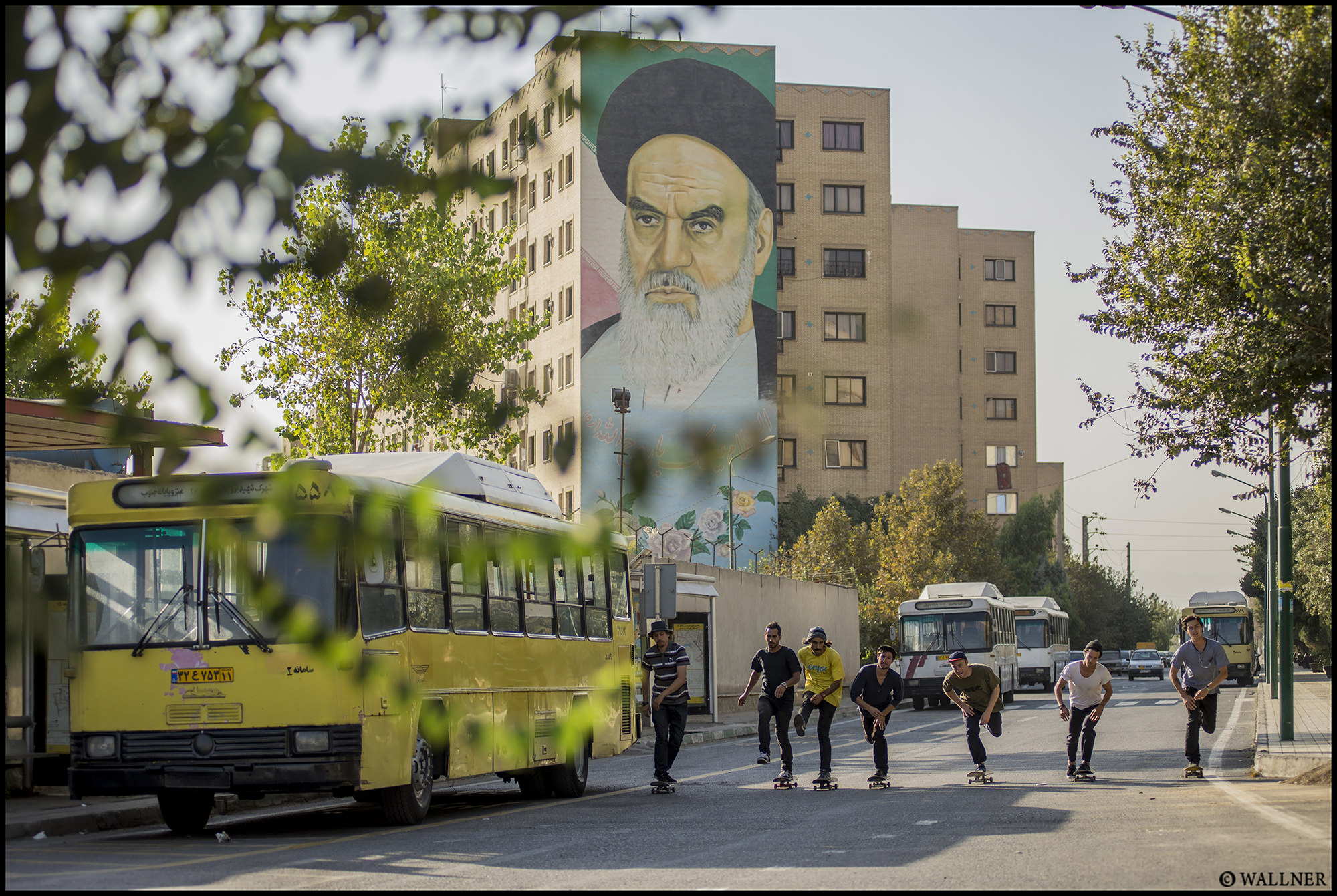 As much as everyone thinks that Iran might be plastered with Ayatollah Khomeini paintings or murals, in reality there are very limited and a burden to find nowadays. One of the biggest enjoyments today for me is if I can somehow capture skateboarding within an environment which it doesn’t necessarily belong to or is seen as a sub-culture. We arrived to Iran at like six in the morning, and on the ride from the airport to our hosts home, Michael and I remember having seen a huge mural of the Ayatollah from a far distance (seen above). We thought we would see a ton in Tehran, so we didn’t urgently push to get this shot. But when it was coming to our last day in Tehran I started to panic since we didn’t have the Ayatollah push yet. As much as everyone else would have rather had a day of, or filmed more skating, we were stuck in the dreadful traffic of Tehran driving literally for almost three to four hours trying to find this mural. Both Michael and I were not exactly sure where we saw it, so we drove in circles in the search for the most famous ayatollah. Funny when you spend a full day looking for a painting. 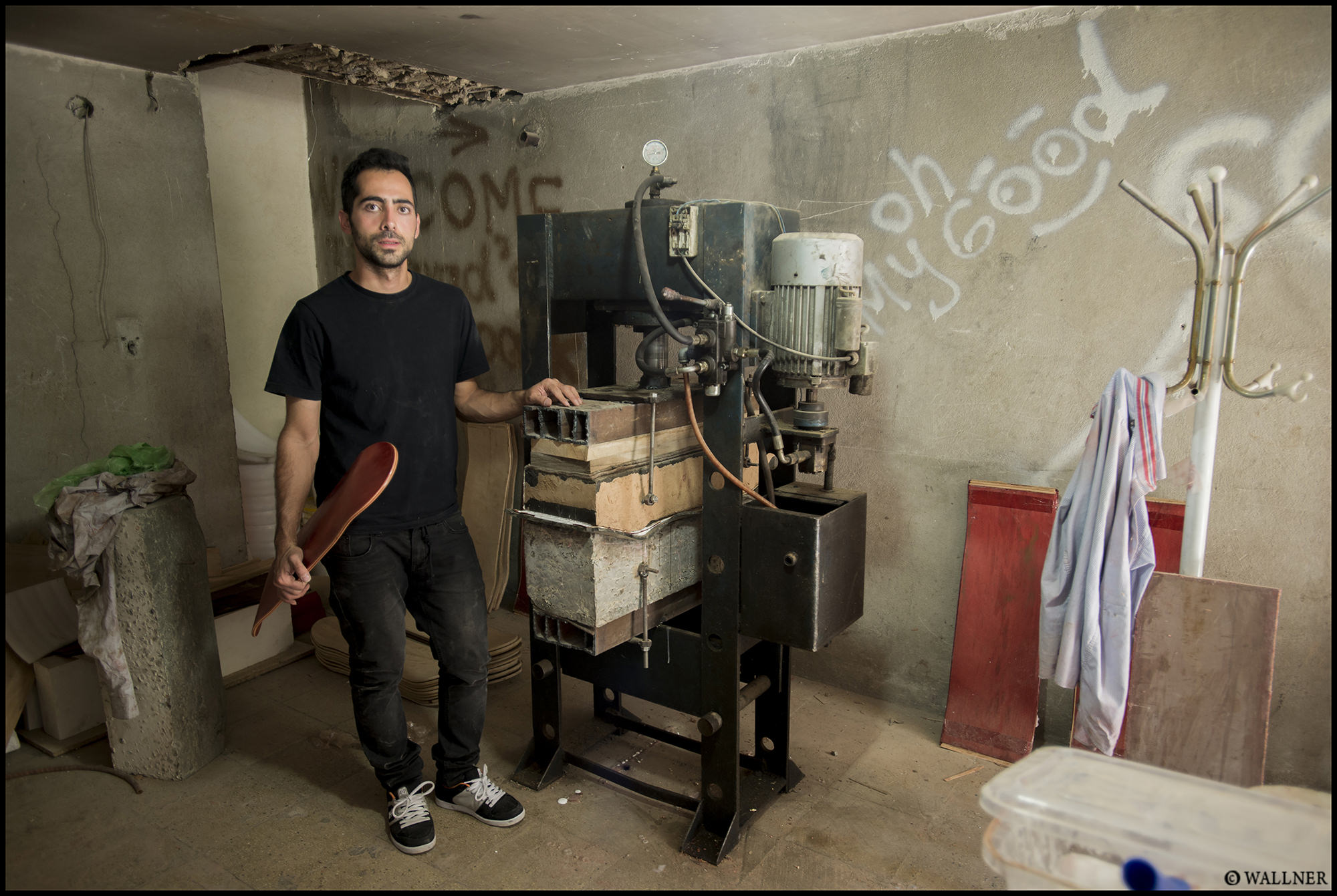 I got in contact with MJ a good year before our arrival. He has been more than supportive to help us get invitations and make sure we are taken care of while we are in Iran. One thing that dominates within the Iranian culture is the act of hospitality. MJ and his family cleared his home for us all to stay which was more welcoming than anywhere else we have arrived. It is part of the Iranian culture to offer anything possible to one’s guest. In Iran that is called ‘tarof’, which is pretty a social etiquette or negotiation. The host is known to offer anything to the guest, like food, or anything in their possession. The guest is known to have to refuse three times before the tarof stops. It is quite bizarre since we didn’t really know of this trait while we were there, I think we might have accidentally taken advantage of this situation. Make sure you read up on all the social behaviors of one country before going. Never the less MJ was a superb host and waiting to shock us with his biggest secret on our last day to departure. The secret was that he has a secret press in his basement where he manufactures skateboards. 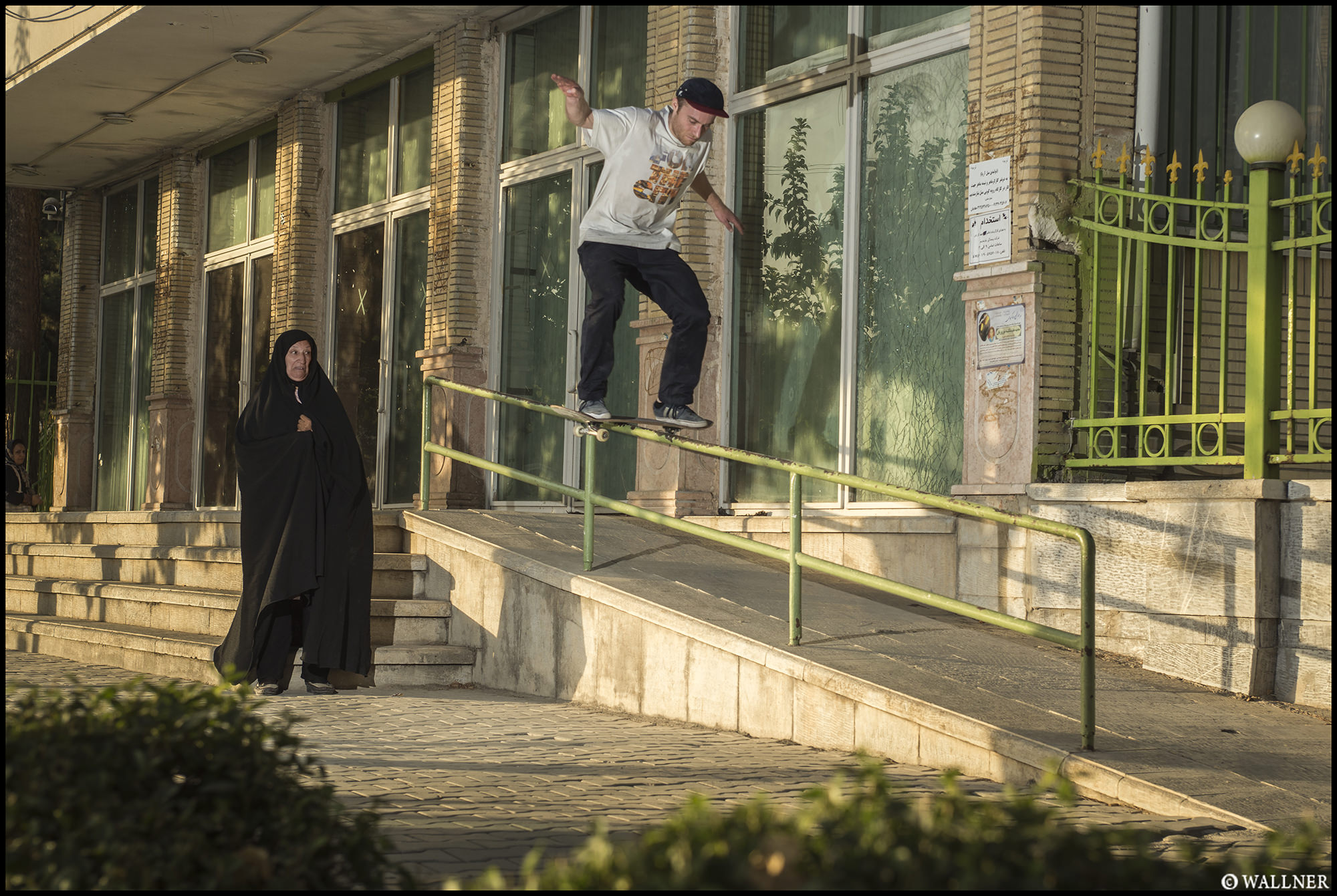 Laurence Keefe is know to surprise females in various ways, but this women in her burqa was not expecting this long backside boardslide from this japanese speaking ginger bearded man. 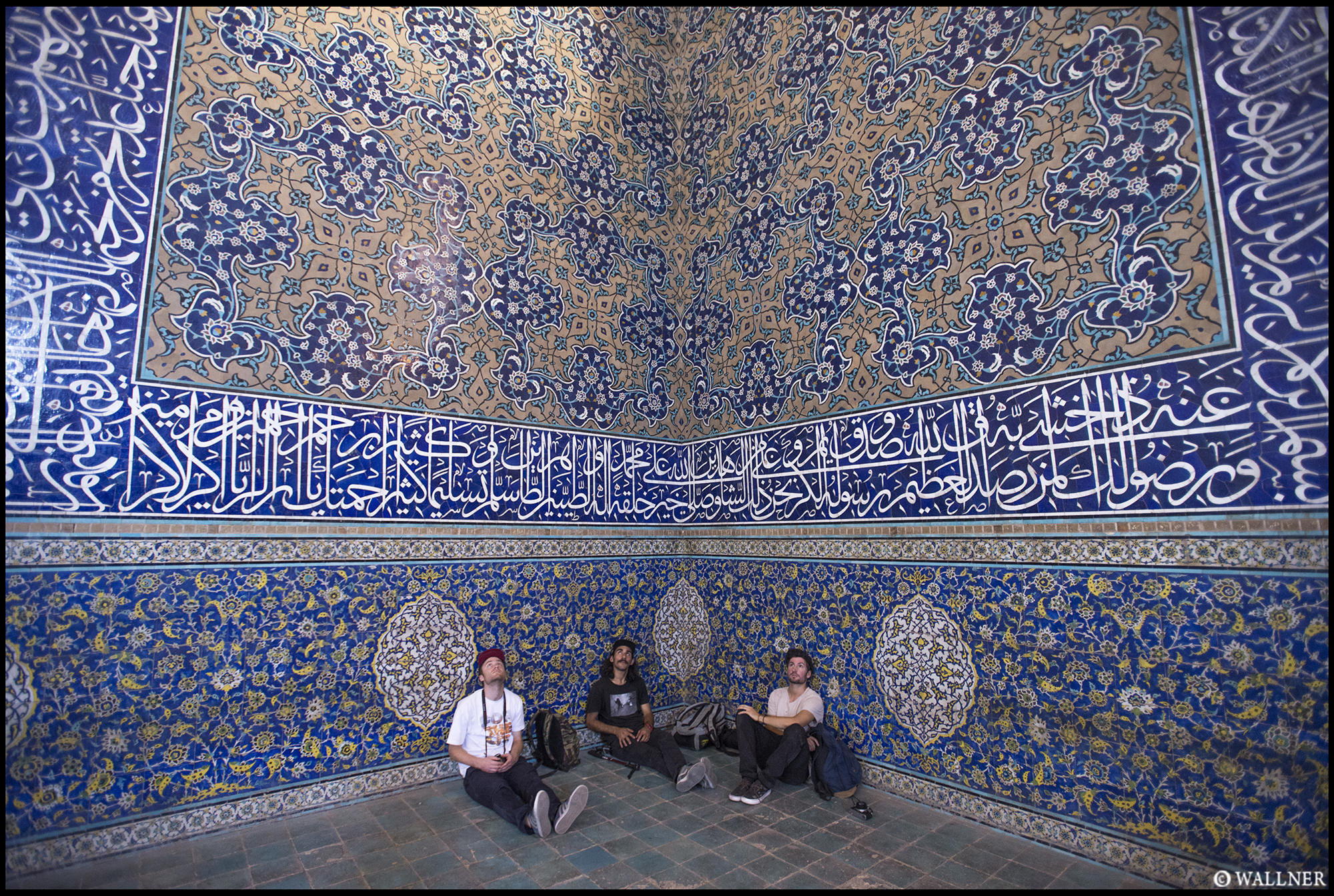 Murals and painting are found all throughout Iran. Most popular are portraits of the martyrs (not pictured here) to pay respect to the lost souls from the Iran-Iraq war. 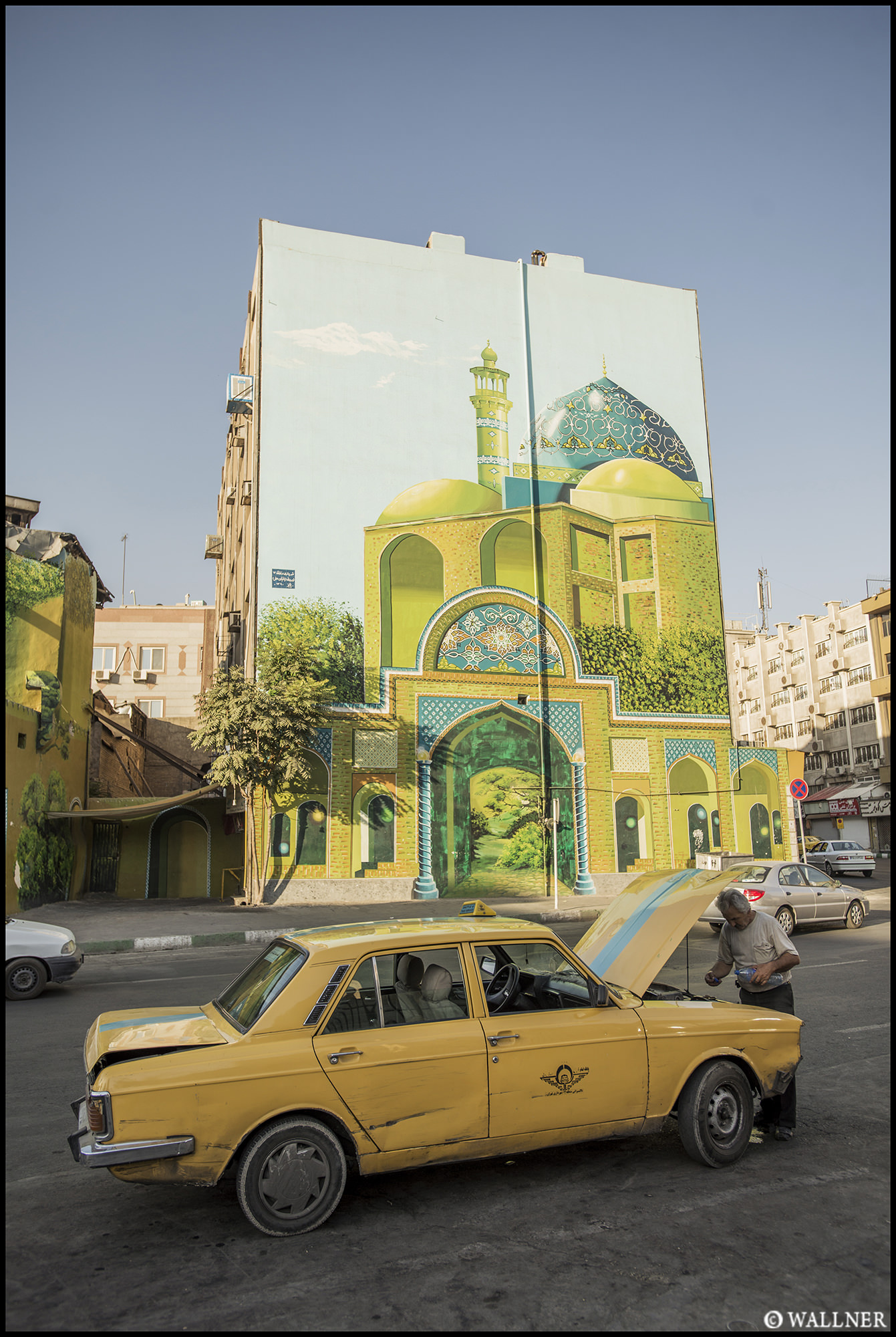 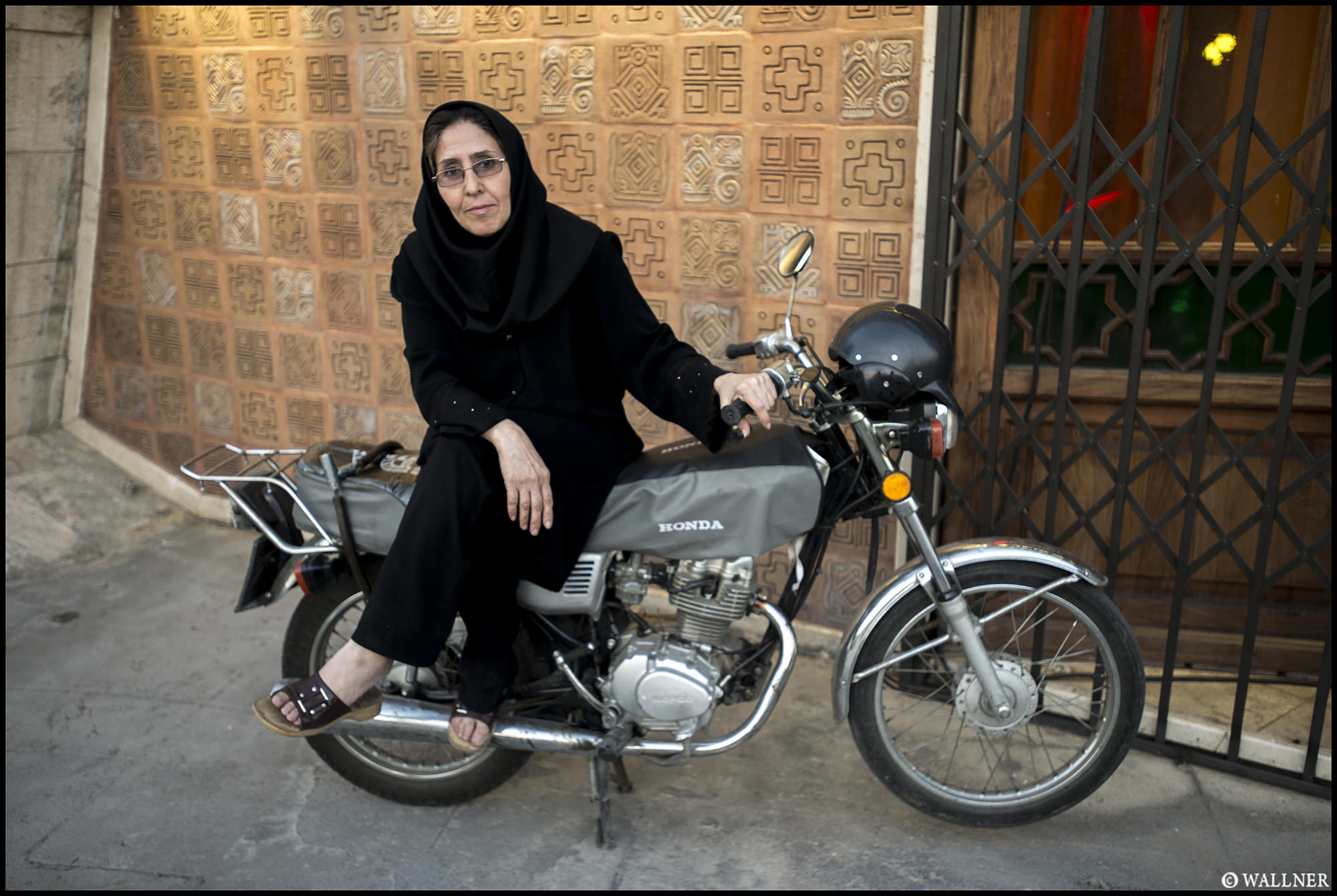 Women in Iran are required to wear a hijab which pretty much leaves everything uncovered till the hairline. A notch better than a niqab which only lets your eyes peak through to the world. 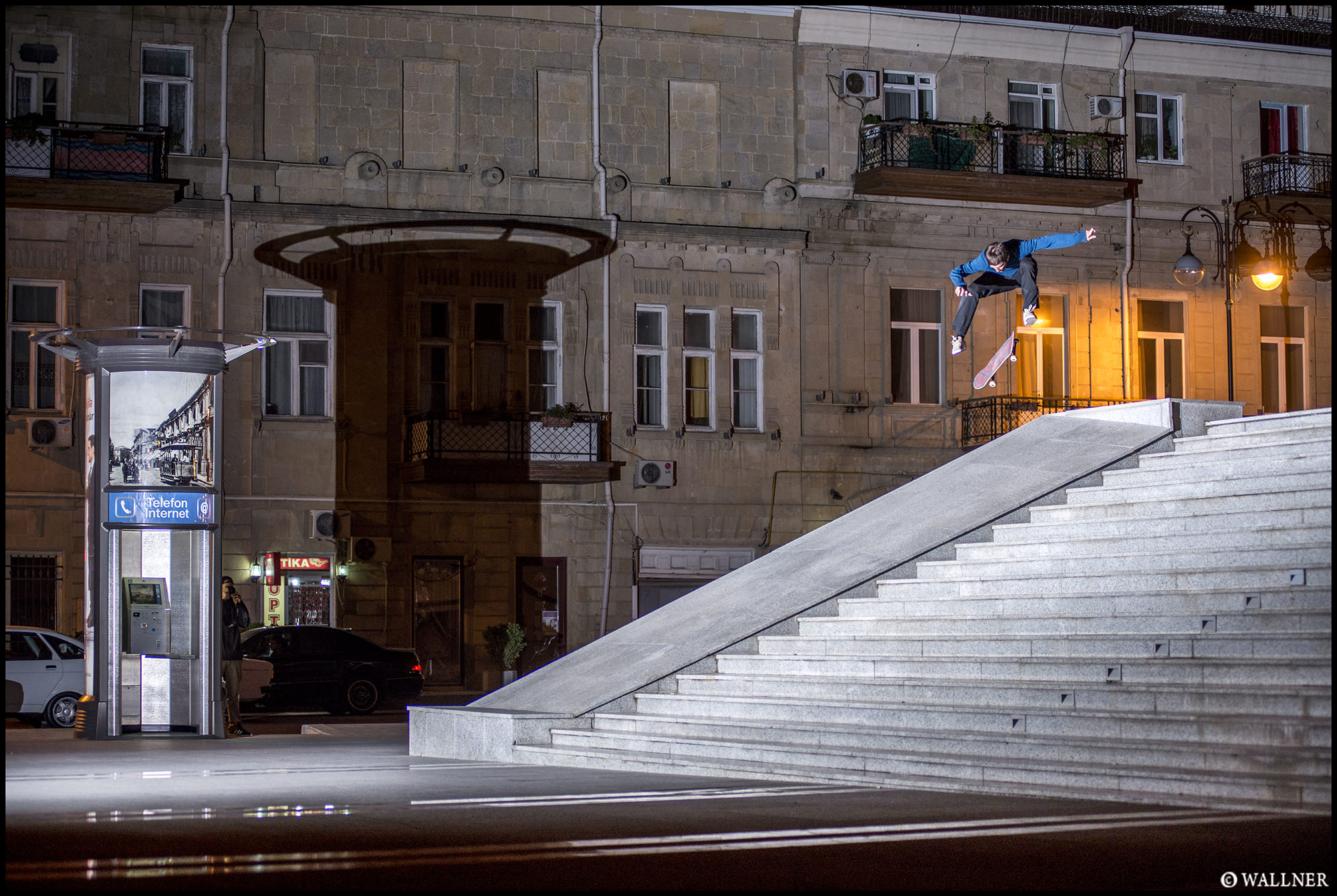 After a good week and a half within Iran, traveling up and down the country through Tehran, Esfahan, Shiraz and Rasht we took a very unusual taxi ride to the capital of Azerbaijan. The ride involved knocking a cow over in the streets and a lady getting an epileptic seizure, all during a four hour ride at an average of 150 kilometers an hour on the Alat-Astara-Iran Highway to Baku. 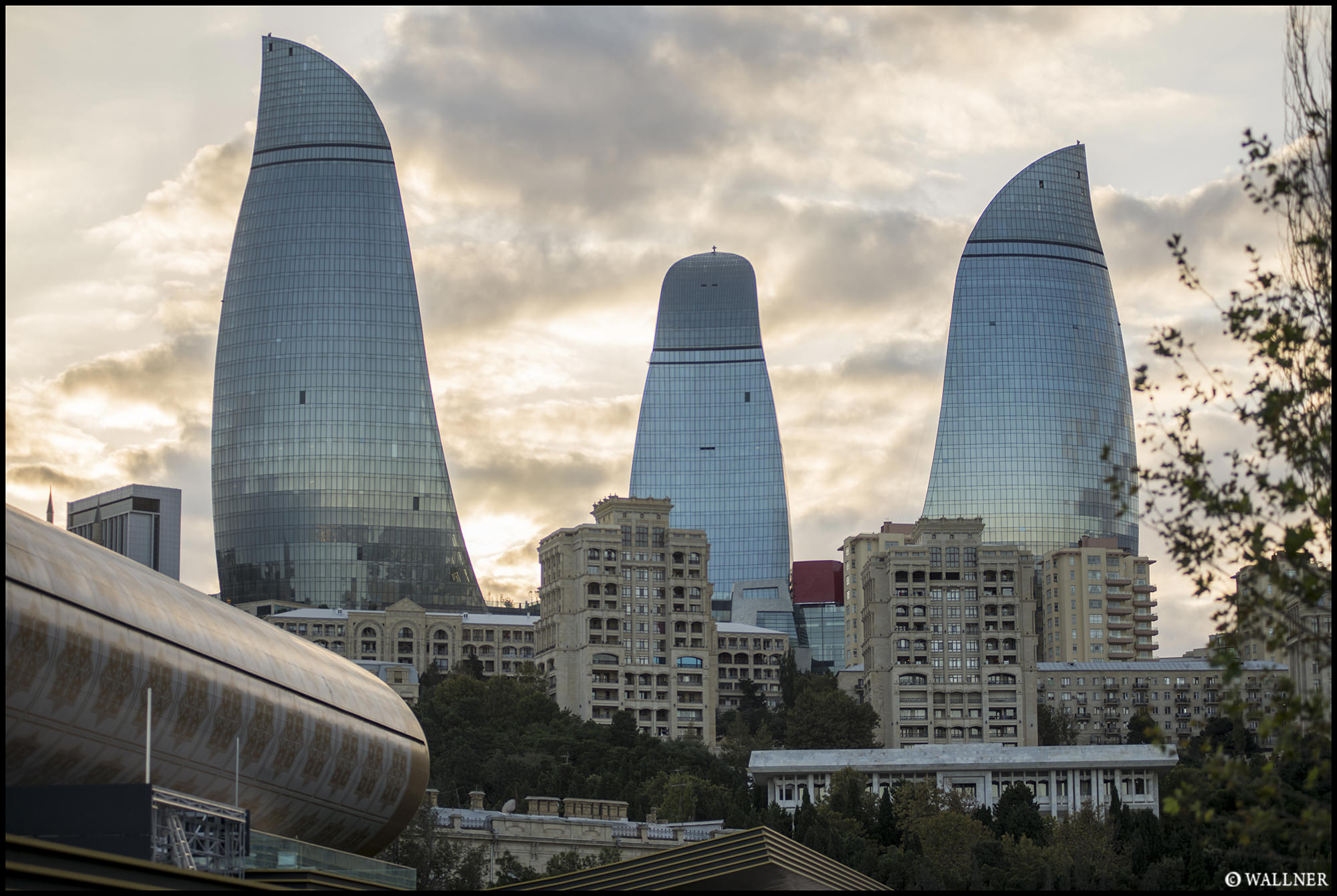 The Flame Towers, erected only a year before our arrival. Azerbaijan has put on some make up to its capital to stay on par with the west. 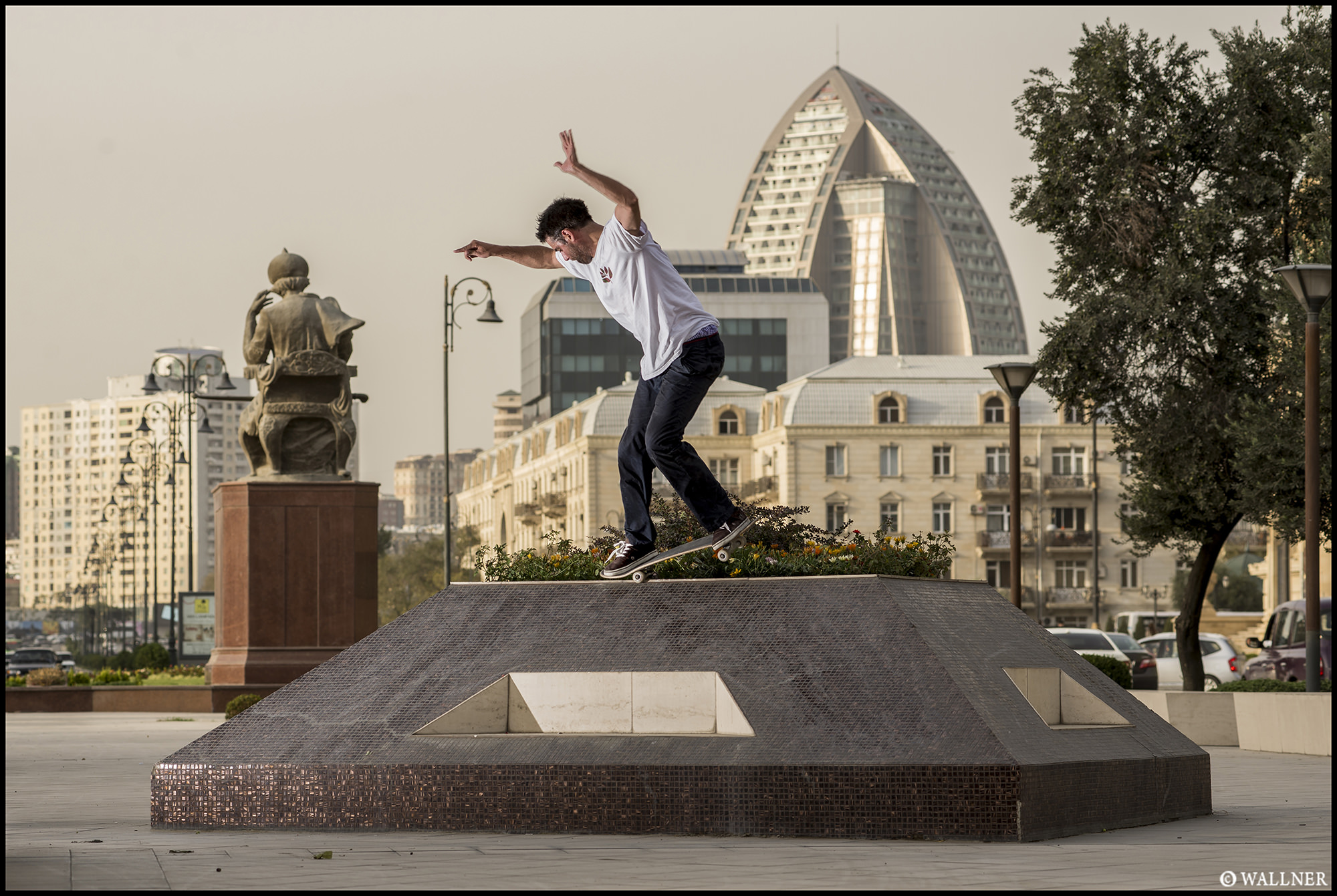 Kenny Reed with a Backside Nosegrind at the Trapezoid spot in central Baku. 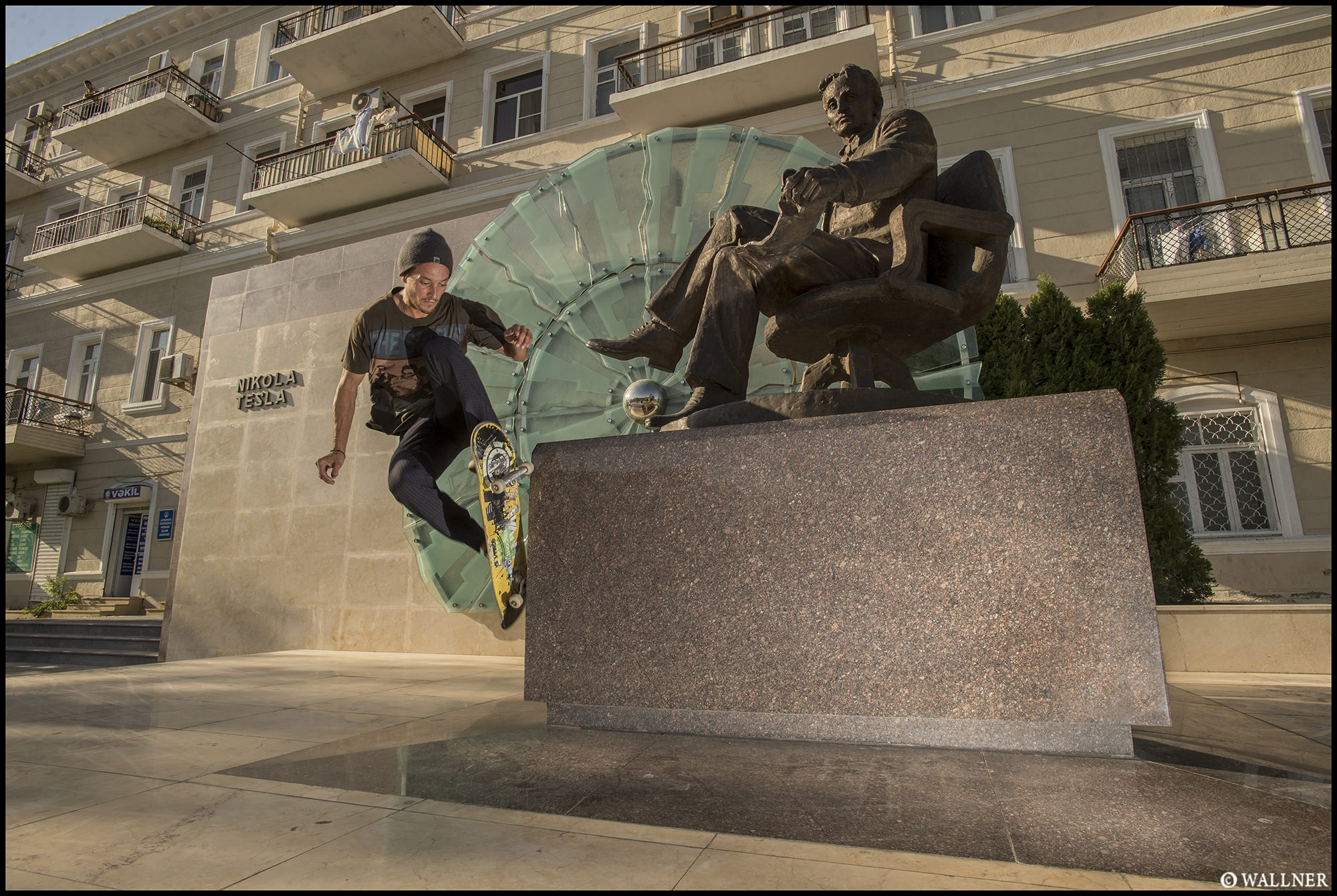 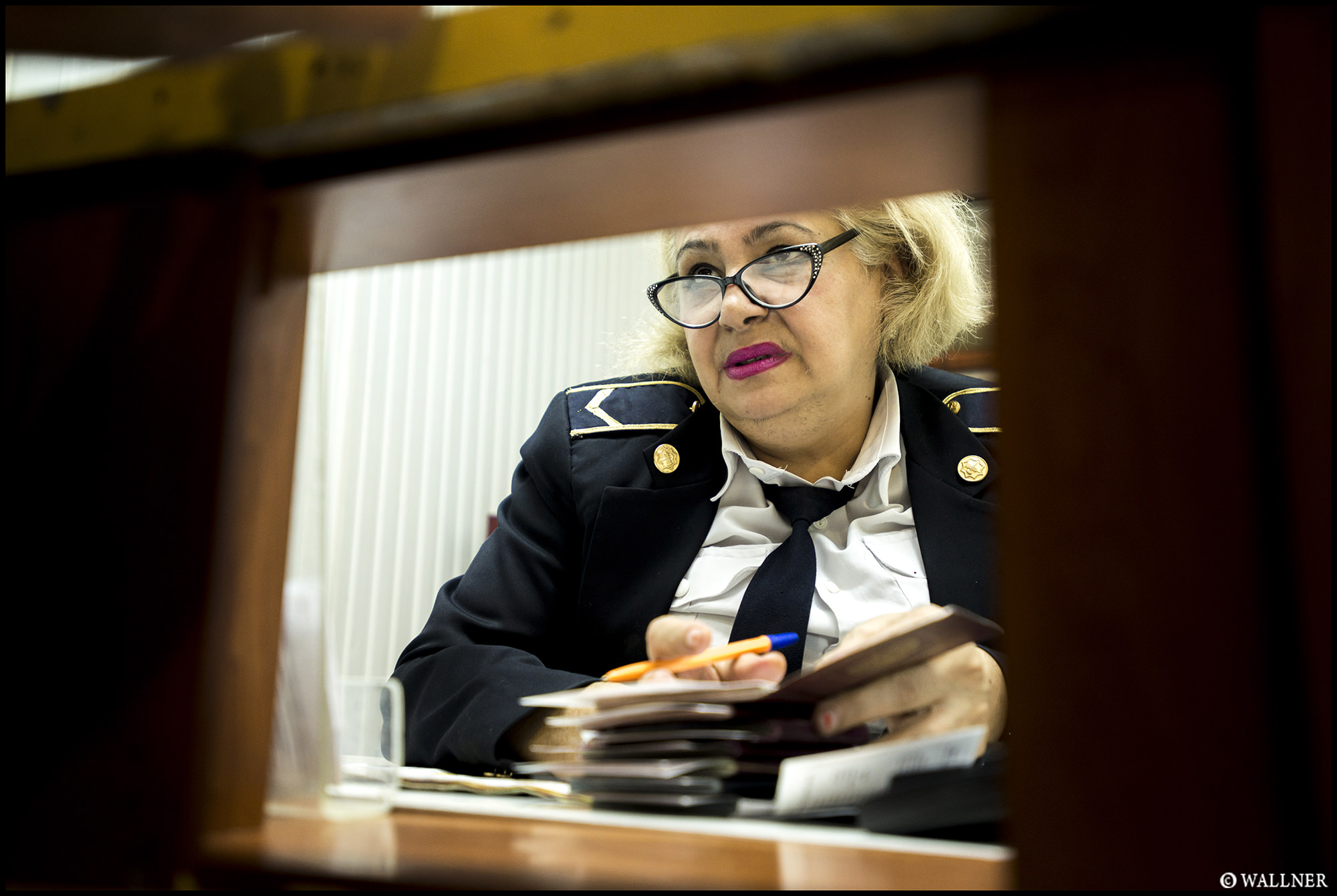 I have never met an affectionate ticket saleswomen in any of the ex-communistic countries I have been to before. It is always refreshing to be proven wrong. 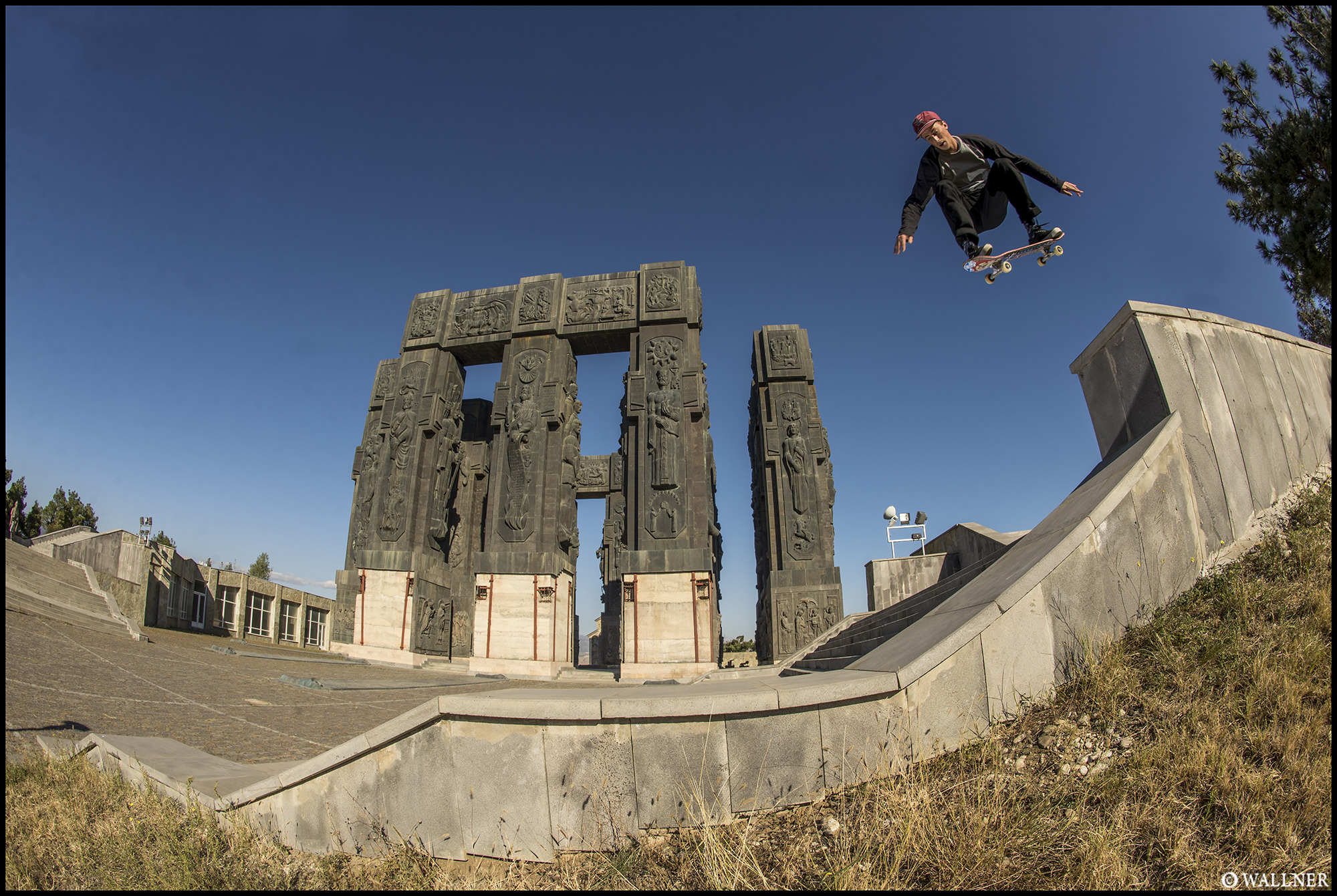 As always late, but rather late then sorry. Phil Zwijsen from Belgium accompanied the team starting Georgia. 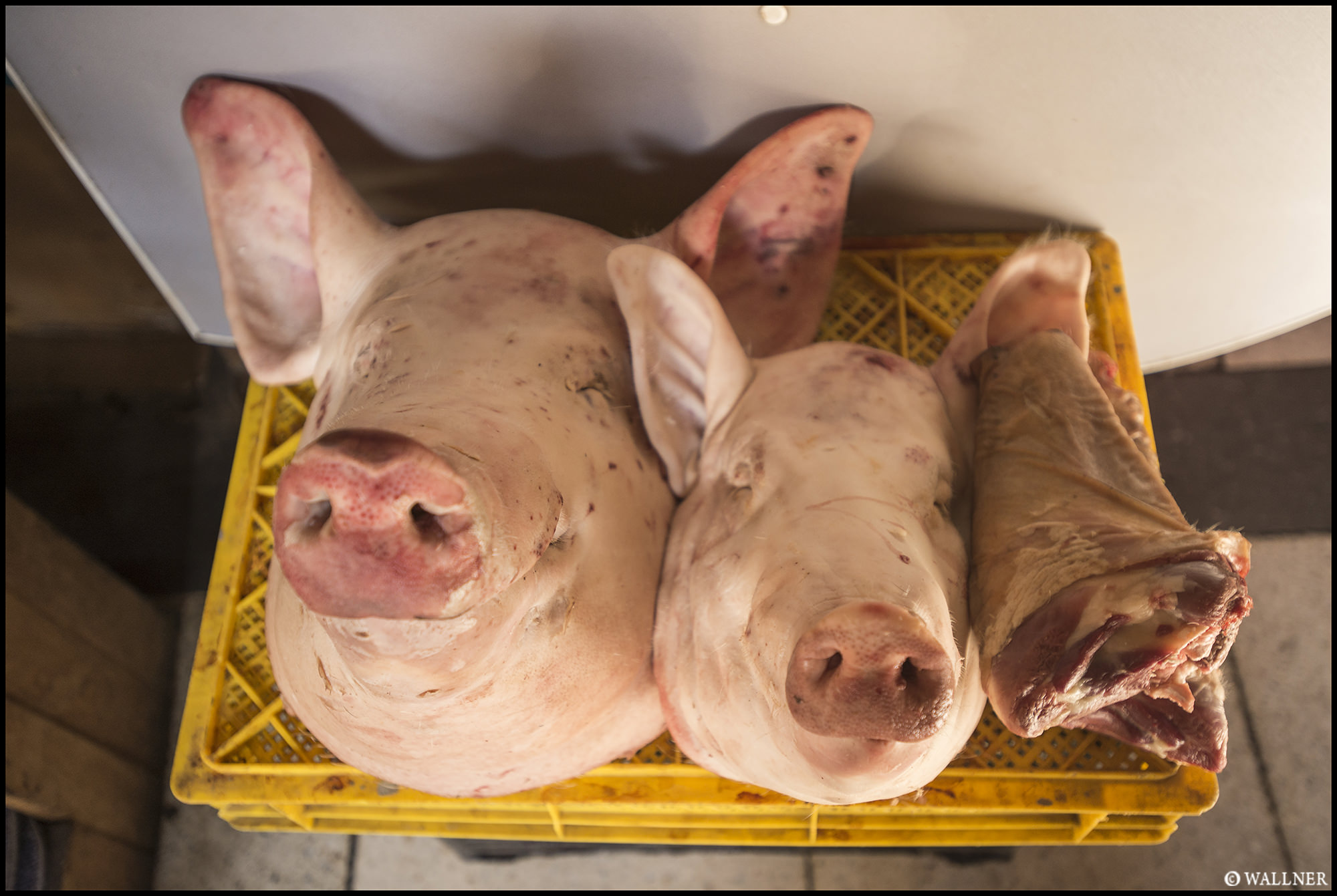 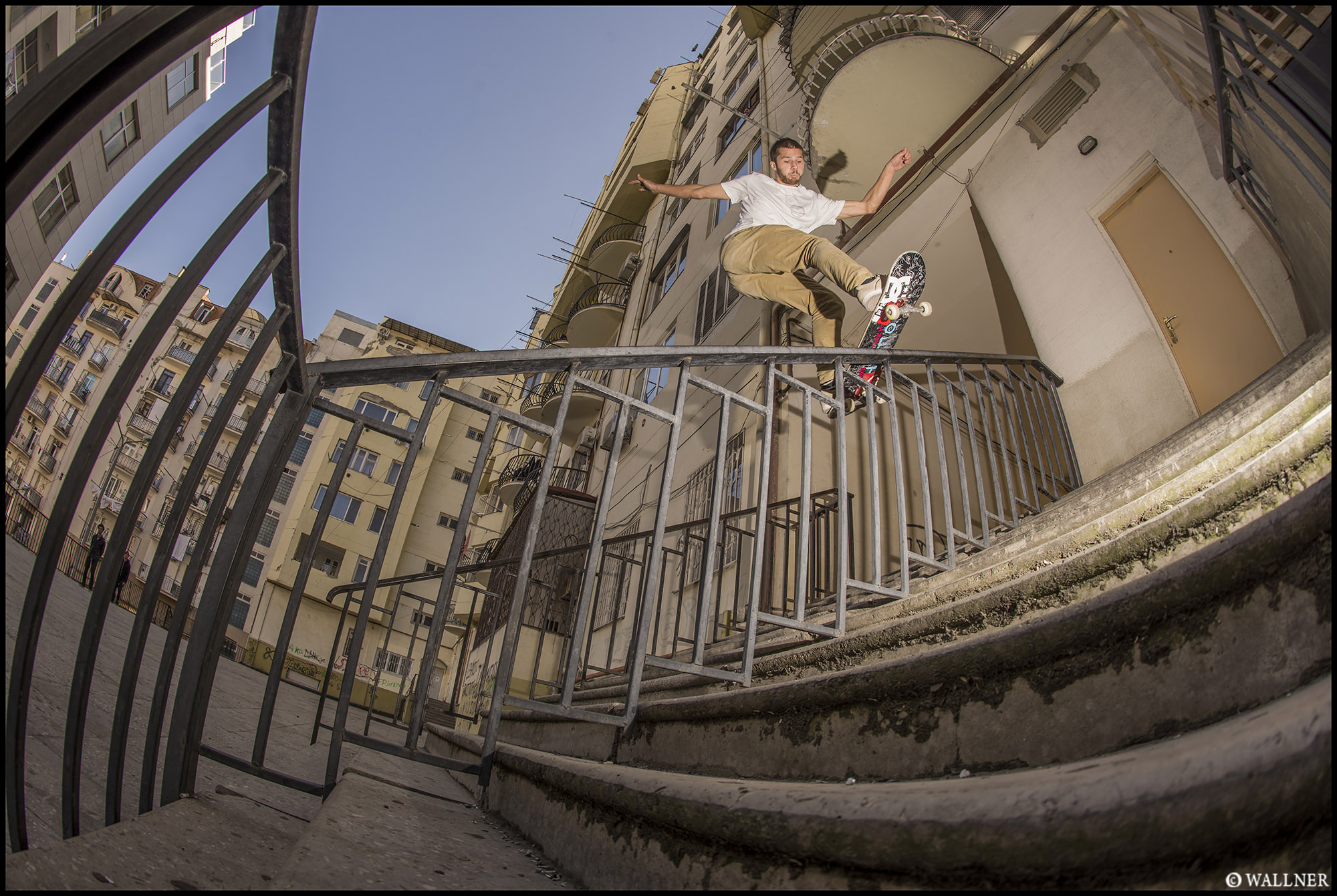 Only a Russian would do this ludicrous, Gosha Konyshev Frontslide boardsliding even though the gate was closed. 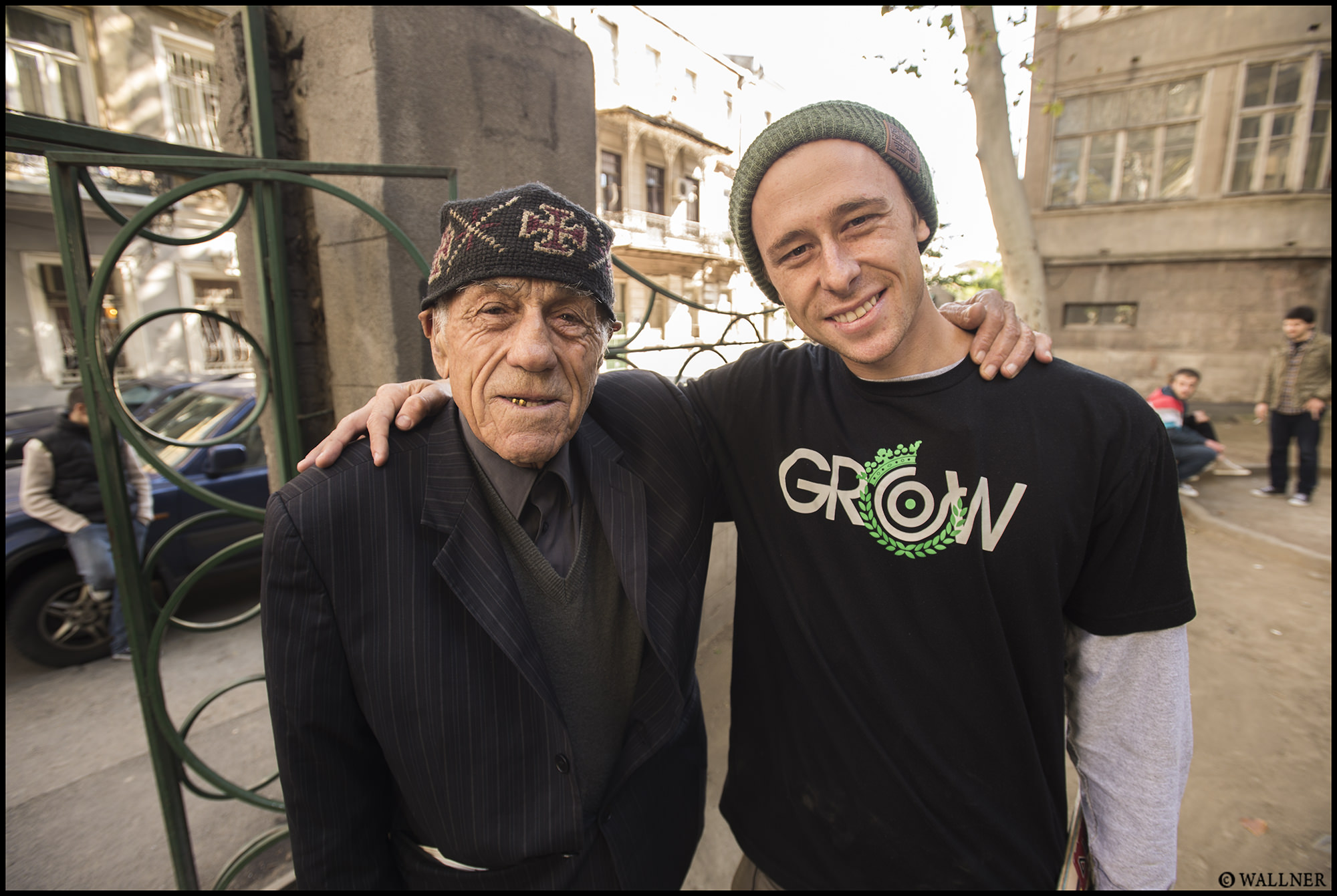 Walker Ryan a Californian professional skater used to live in the Caucasus when he was a infant. Watch the film at the bottom for that story in its entirety. 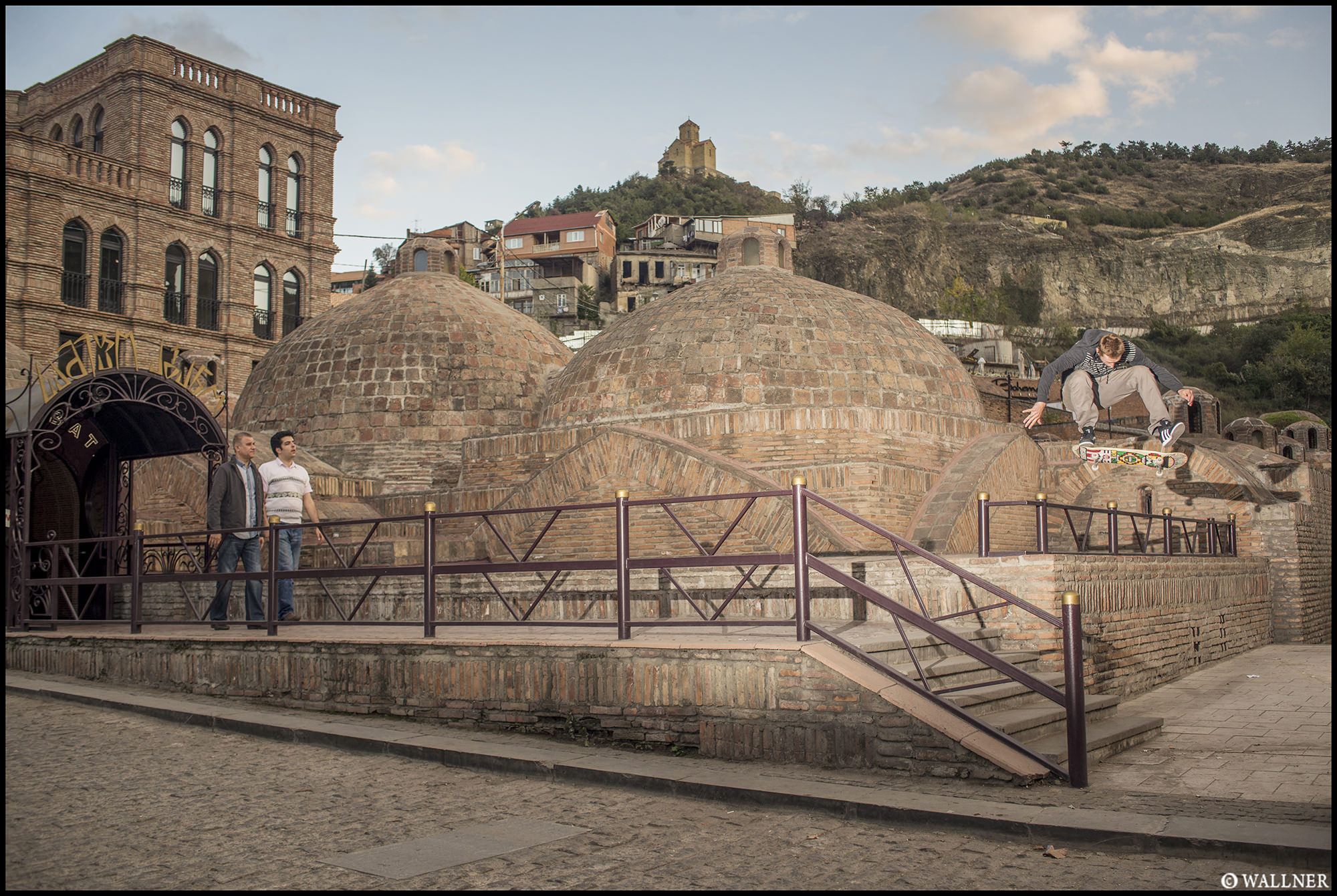 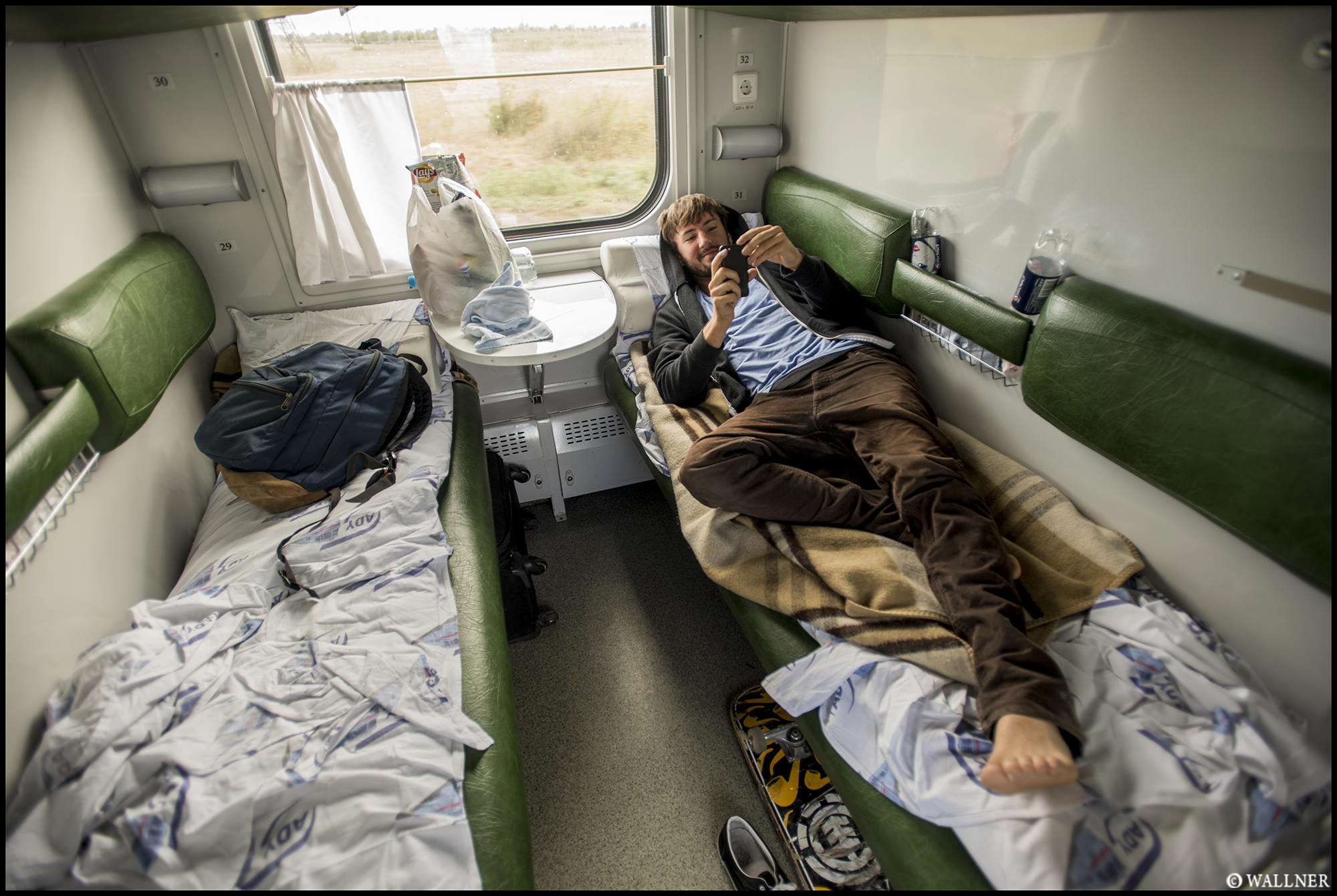 Tobias Ulbrich cozy in the sleeping cabinet towards the final destination, Turkey. 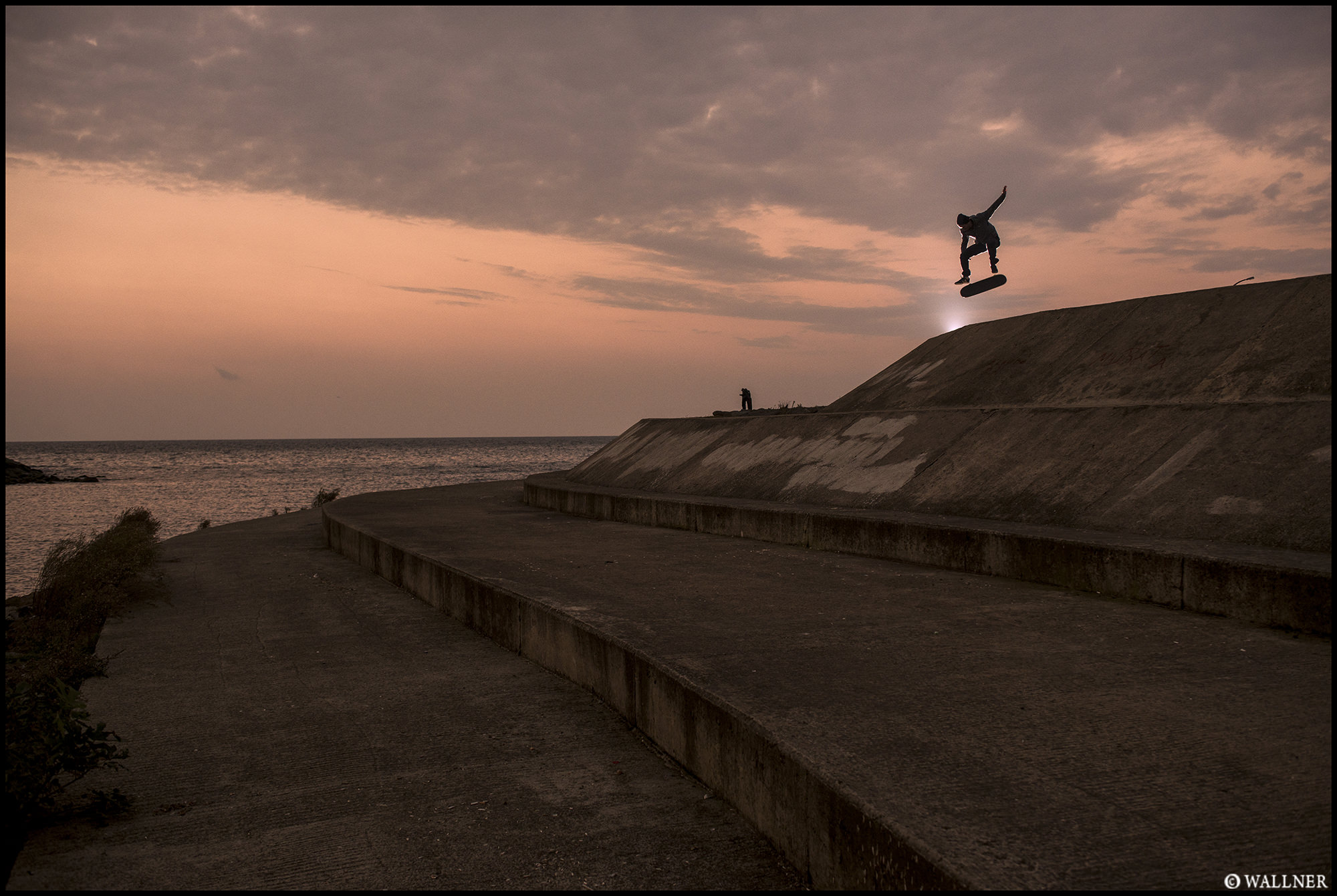 When Laurence Keefe is not pissing into the Caspian or the Black Sea, he might be kickflipping into it. 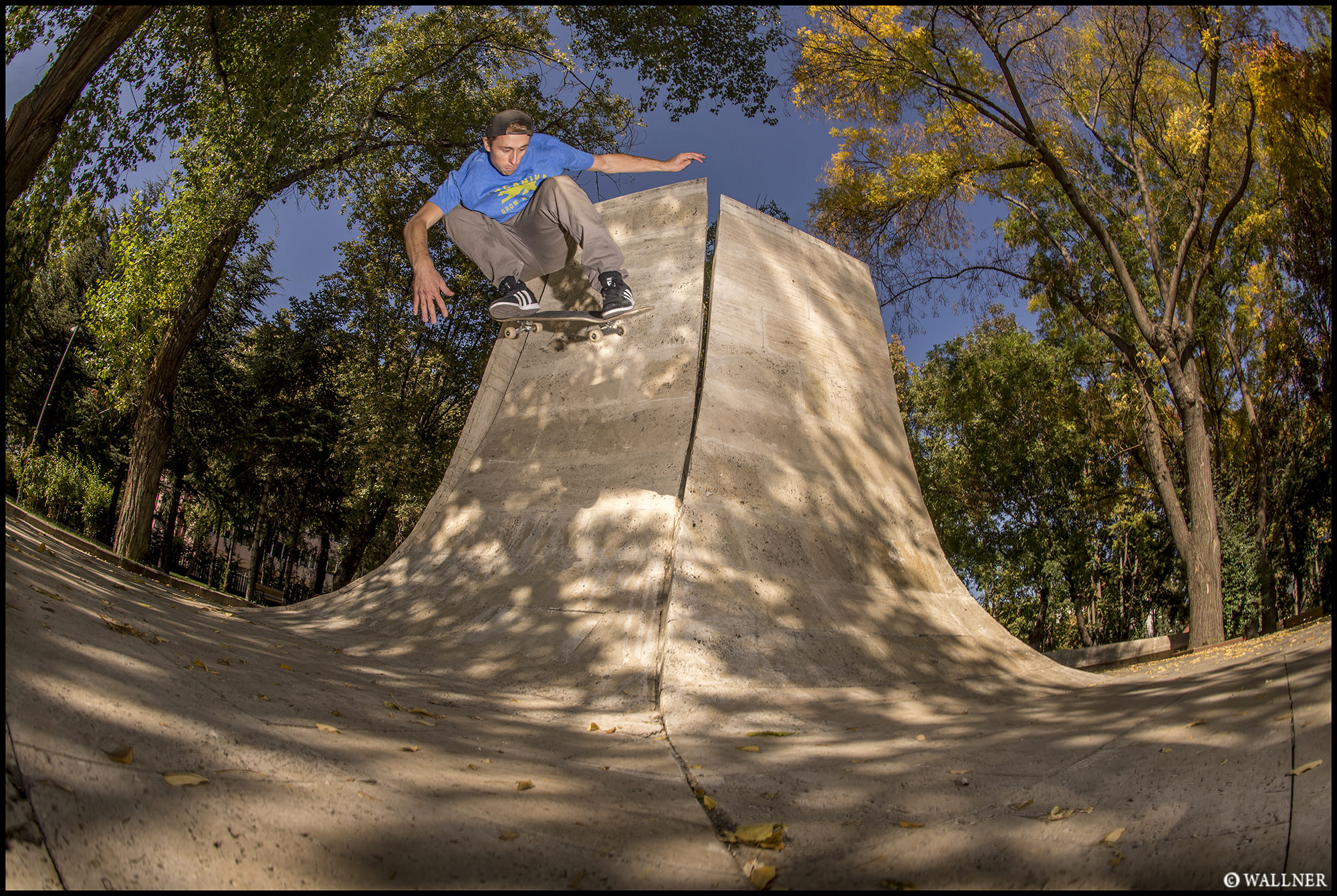 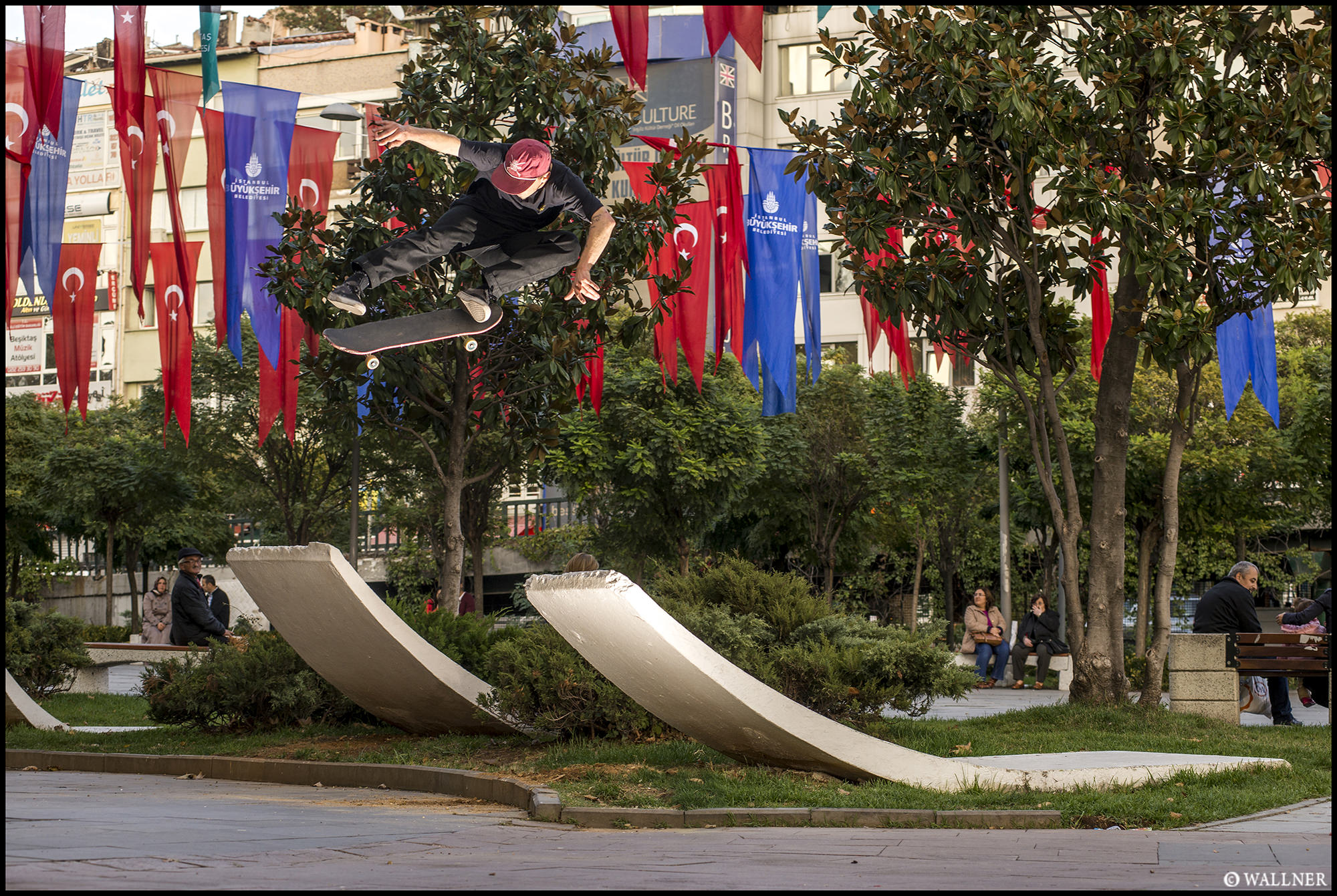 Not often can one witness a perfect Kicklip, but if Phil Zwijsen might be in your presence, keep your eyes peeled! 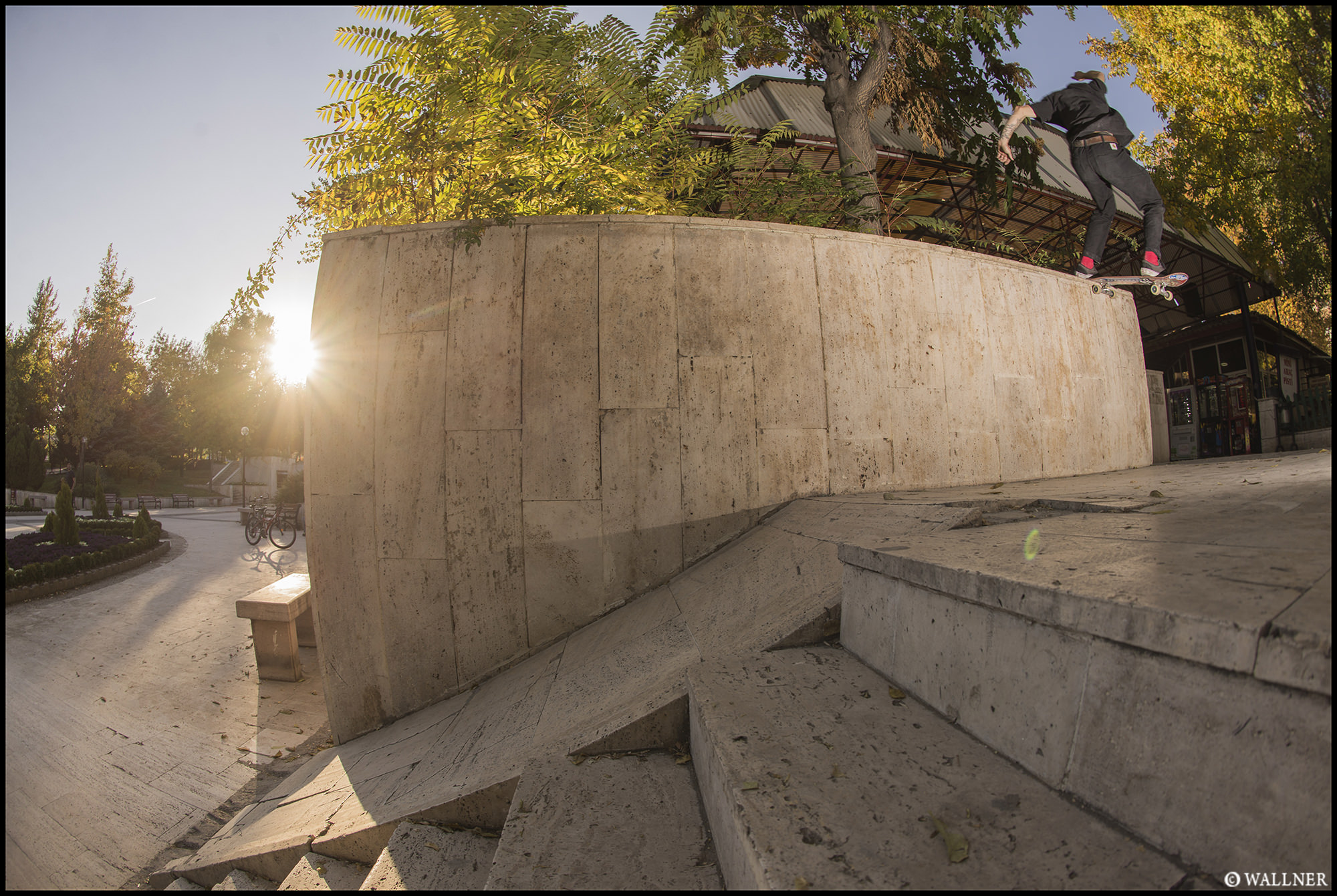 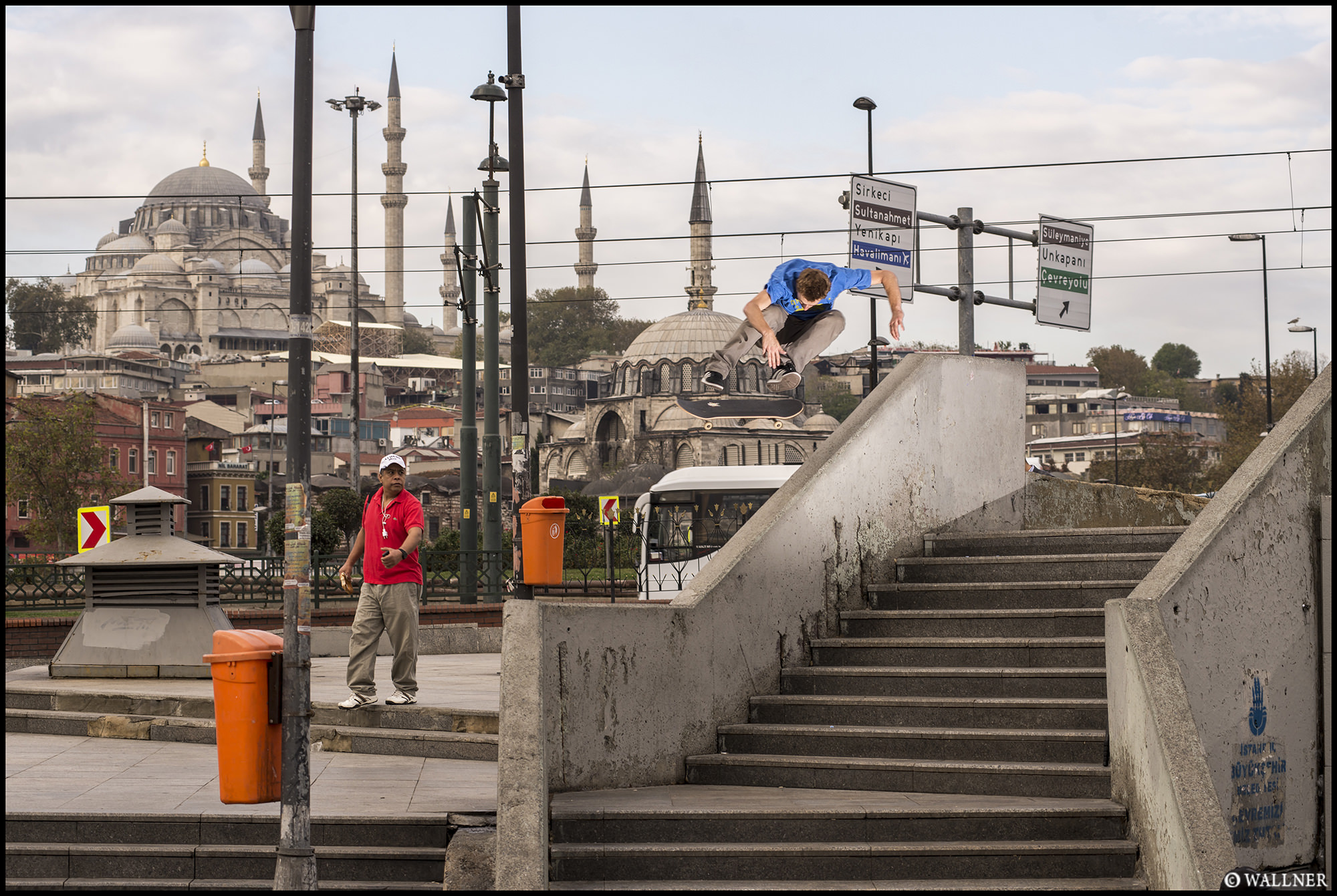 Minutes before departing from Istanbul, Walker throws down a Switchflip over this hubba!