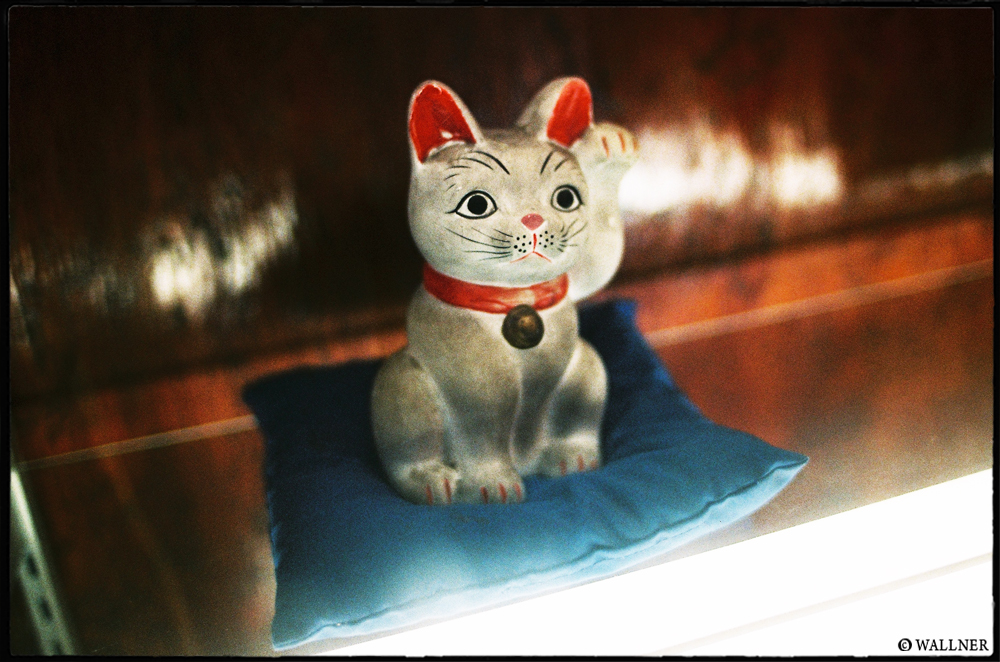 Maneki Neko or beckoning cat can be seen at store fronts all over Japan. If you come across cats which have their left paw up means that customers are welcomed. In the other hand if the right paw is lifted good fortune & money is in demand. As erotic as Japan can be, I was not too surprised after doing some research that even this harmless cat originates from ancient sex tales. Before 1872 big wooden carved penises were used at store fronts around brothels as good luck charms. But with the establishment of the Meiji government and a desire for modernization, the male organ shaped charms were replaced with cats since the prostitutes would beckon for customers the same way. 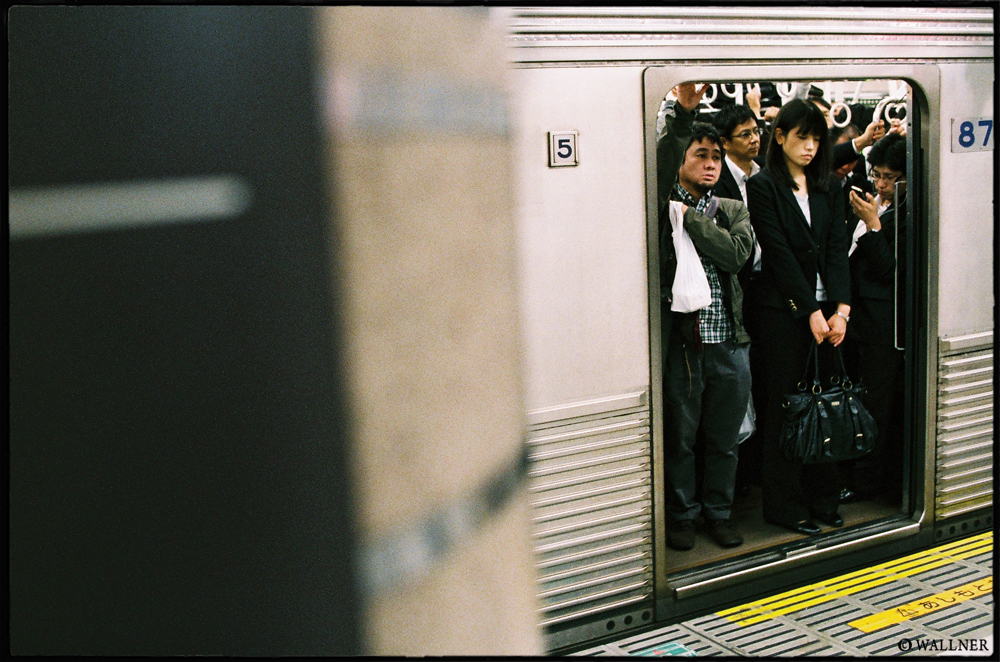 During my teens while I was babysitting the kids next door in Kings Park, New York, I was able to save up around three grands over a year which I felt was obligatory to spend on a trip to Japan. I flew over with 14 and was intrigued and in love with this eastern nation which was my first dose of the soon to follow non-toxic yellow fever. The last half a decade I been pretty much in almost all the countries in Eastern Asia, but didn’t return back to Japan, mainly because it was just too expensive. Also in the back of my head, I was leaving a revisit to Japan for a later time being where I would value it more than just a typical skate trip encounter. Sharing ‘Meet the Stans‘ with the Japanese audience was a pleasure. Thanks to VHS, we were able to add Japanese subtitles, so no one was lost in translation. 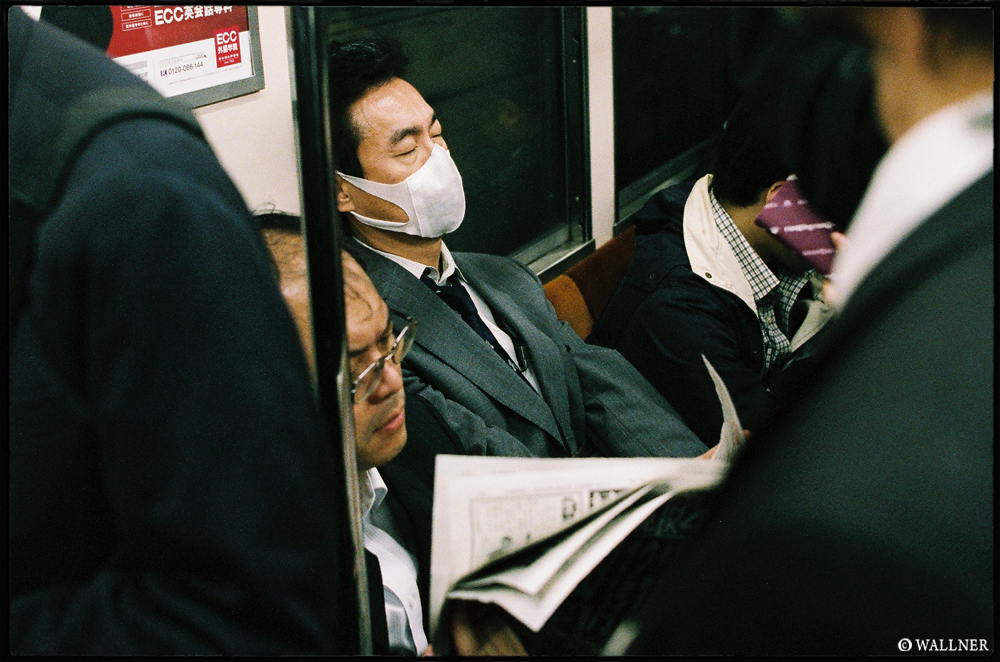 If there is a society where your carrier and your job are of top priority, Japan is number one. Working overtime is widely accepted since denying to do so would probably result badly. According to a labor ministry, 80 hours a month overtime dosn’t break any health violations like karoshi, meaning death or suicide because of overwork. The printing company Dai-Nihon Insatsu is known to ask their employees to work two hundred hours extra a month, making it the number one probably worldwide in abusing free overtime work. 200 hours is like 6 hours in addition to your probably nine to ten hour daily job, which would probably leave you snoozing like this man above on the subway to work. 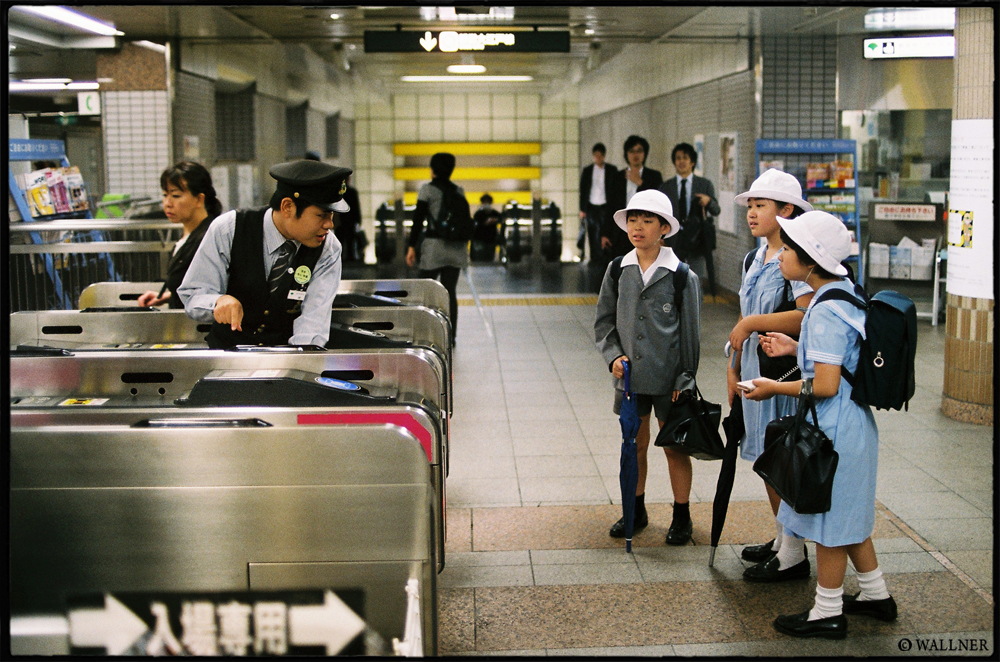 Japanese etiquette and politness is probably the most culture shock you will take home from Japan. While using the bidet like futurist toilet at your nearest 7/11, you will realize that you are greeted a zillion times alongside a customal bow while getting your change back with two hands is quite in the norm in Japan. While using the subway system I came across three children who got their ticket stuck within the machine. While obtaining the ticket back, the kids thanked the vendor, then the vendor thanked them back for thanking him, and then the kids did another bow for the sake of encore appreciation, which chain reacted to another bow out of the vendor… only in Japan. 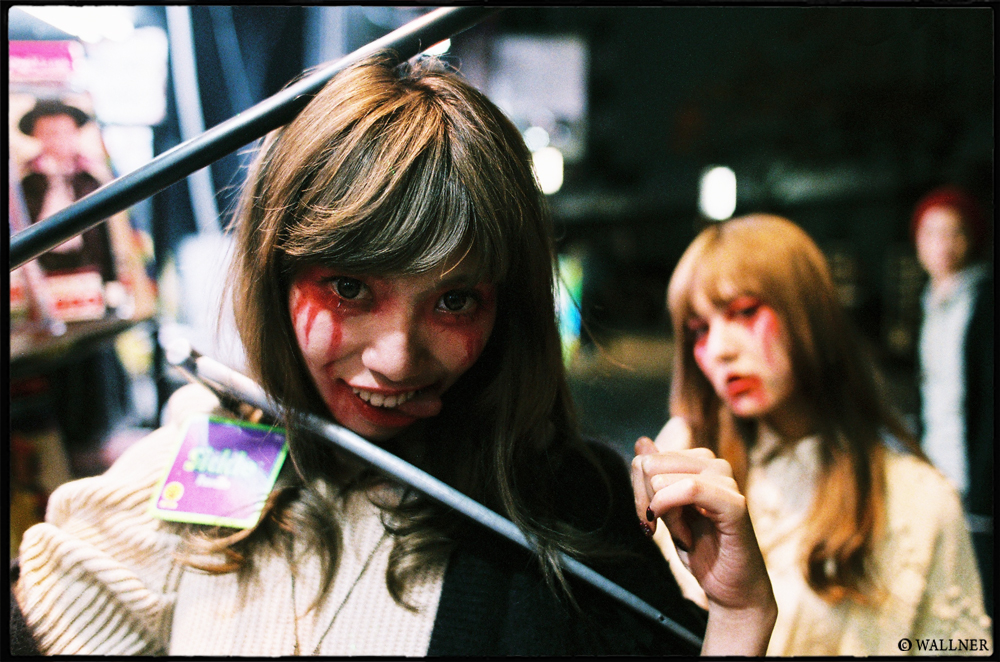 Halloween in Japan is a race between sexy nurses, cats, police officers, devils and vampires. 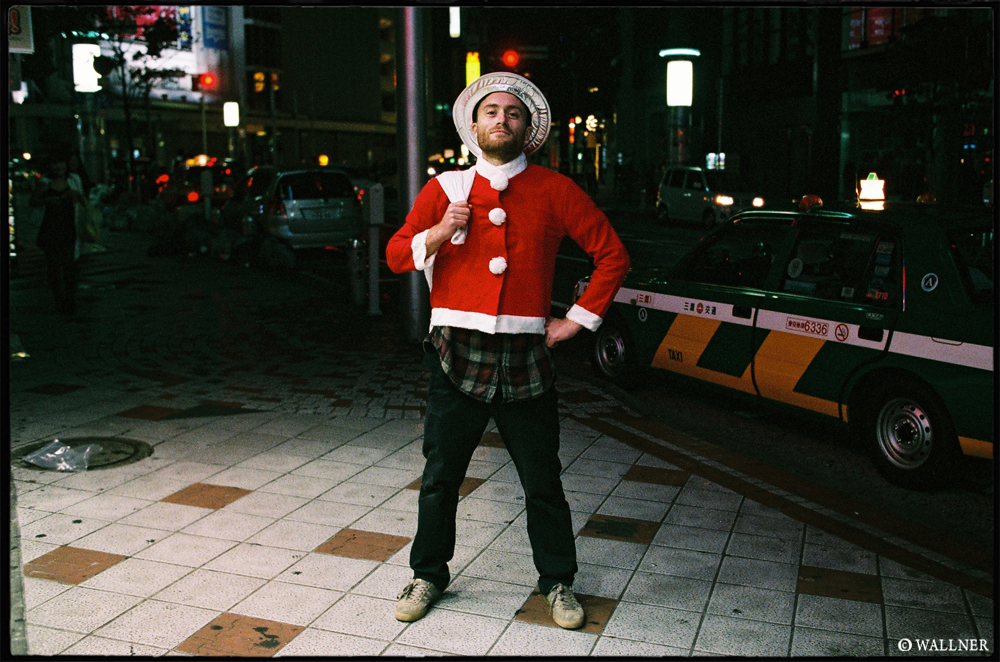 Doesn’t matter if you were naughty of nice, Santa Laurence got you a Day in the Life. 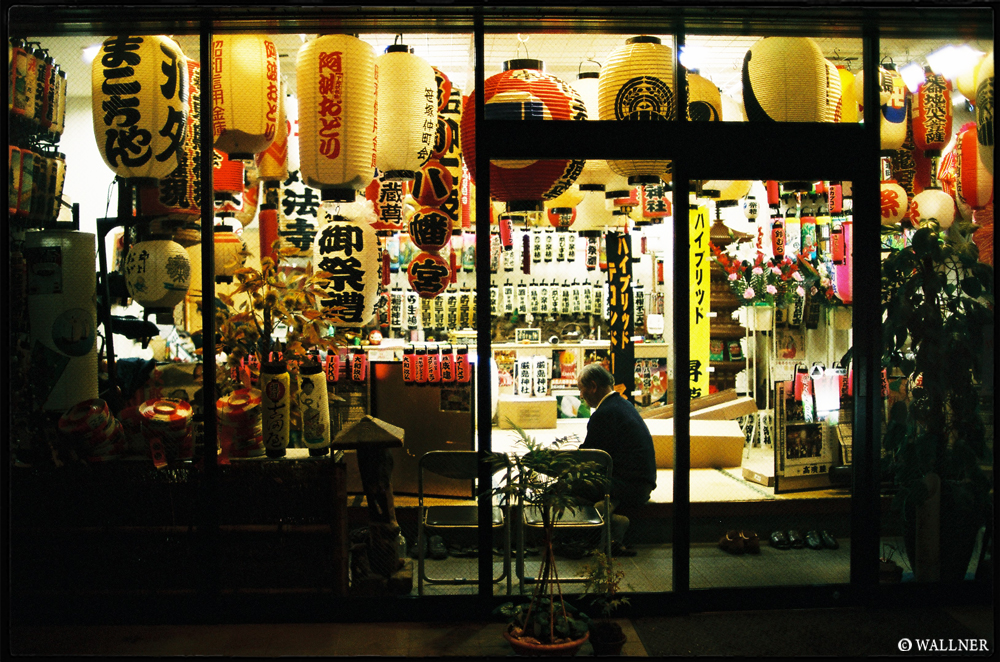 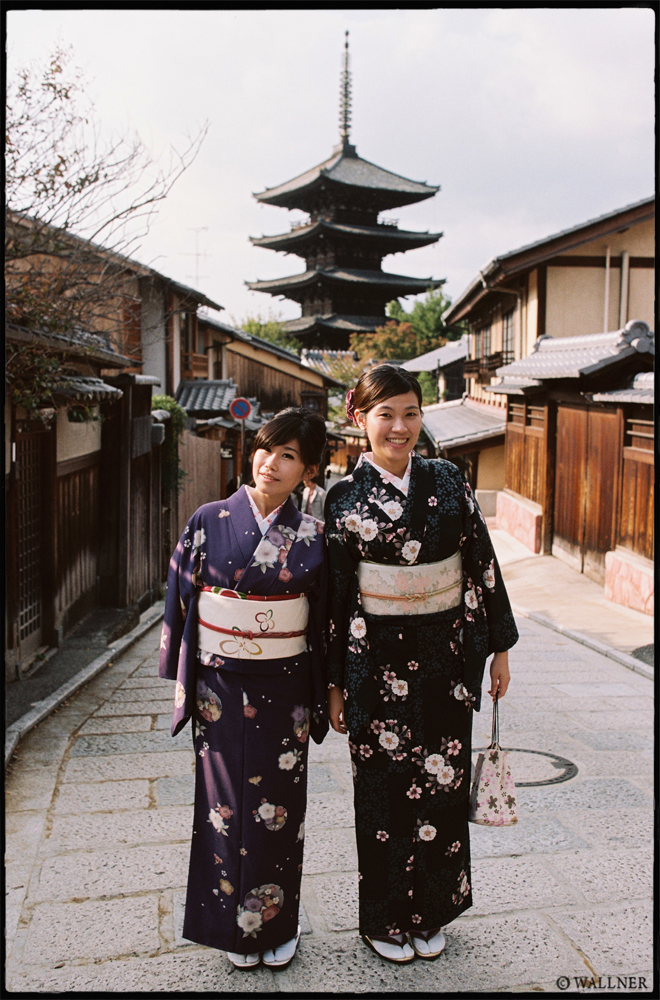 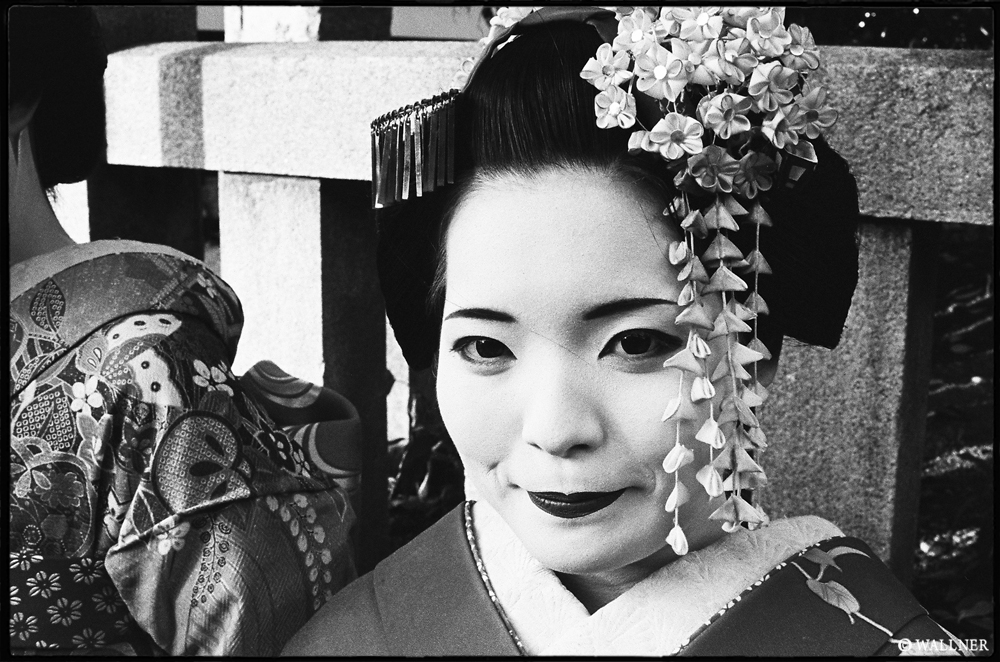 Bumping into a Geisha, which means a person of the arts, is not too quite common now a days. These well mannered women who are trained to dance, sing and entertain should not be mistaken as prostitutes. In fact the first geisha was actually a man. Geisha’s are a respectable iconic figures since the 7th Century. Their number has dropped down to around 1,000 - 2,000 where as there used to be around 80,000 in business around 90 years ago.

Kyoto being an ancient city filled with temples around every corner gives it a place for women, men and children to wear a traditional kimomo. As foreign and exotic kimono might sound, it actually just translates to ‘thing to wear’. 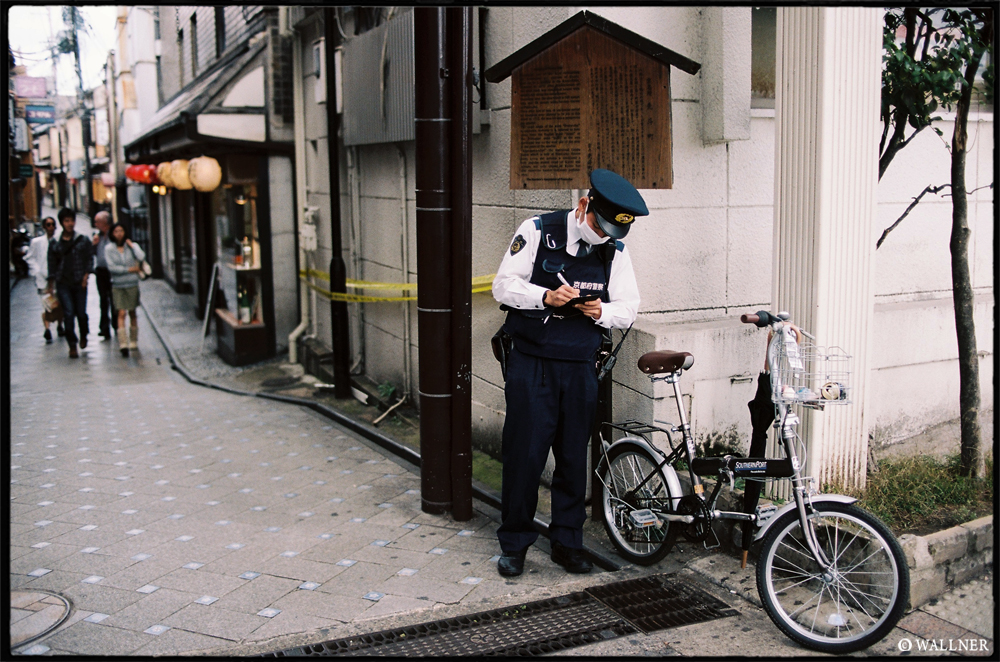 As traditional Kyoto might be, it won’t scare of a policeman handing out a ticket to a bicycle parked in the wrong place. Only in Japan. 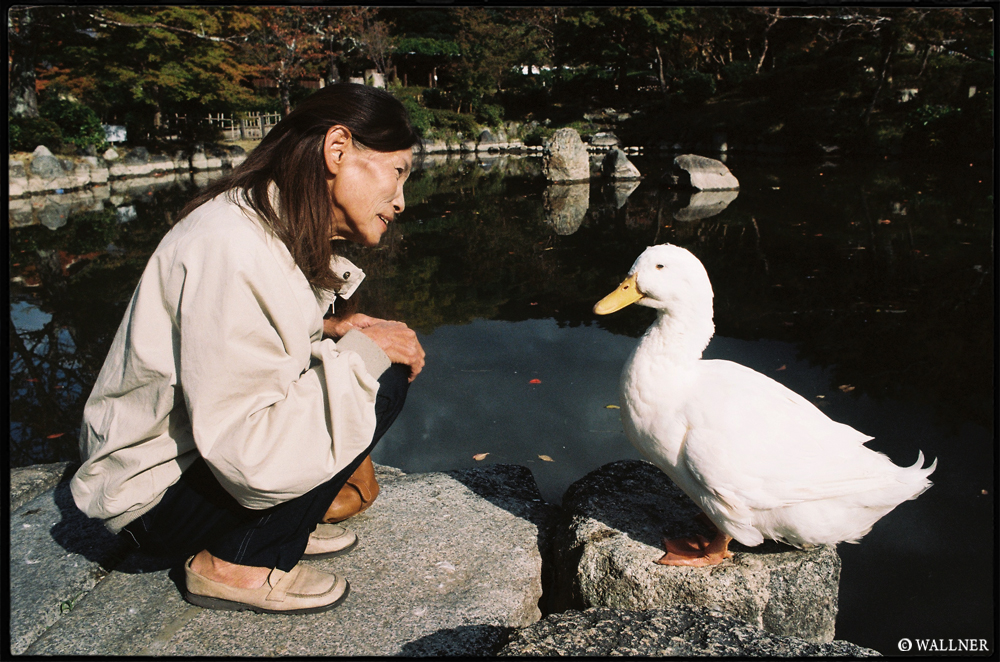 If it comes down to Human vs. Duck. The duck usually loses except if you are one swimming in coins. 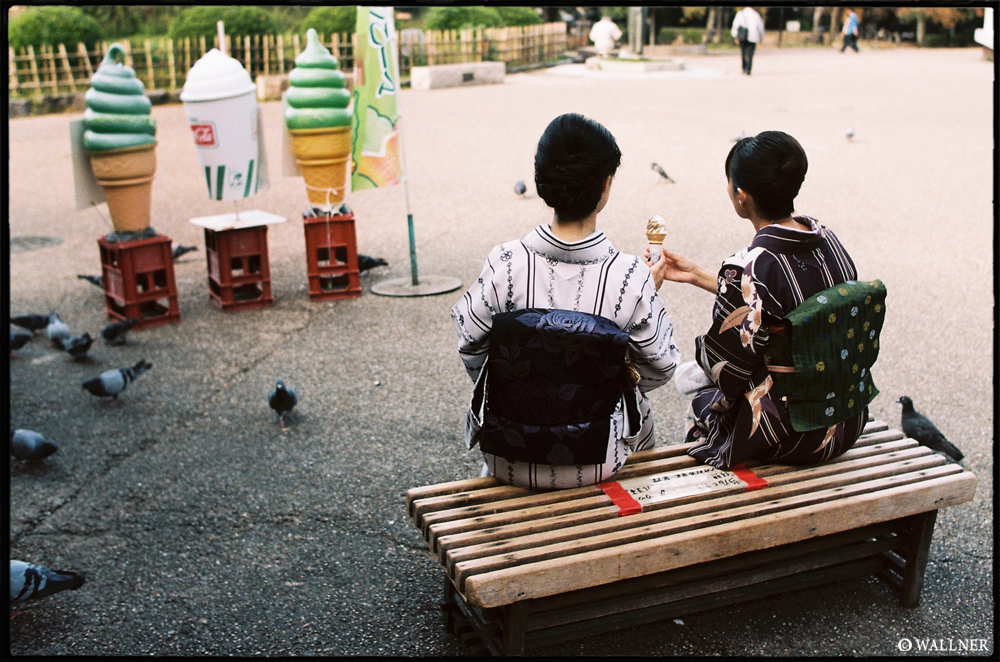 It’s not too surprising when looking at a nation which is surrounded by water and fish that one day you might have fish flavored ice cream! It doesn’t stop there, you can also find Ox Tongue, Squid, Octopus, Crab Ice Cream… 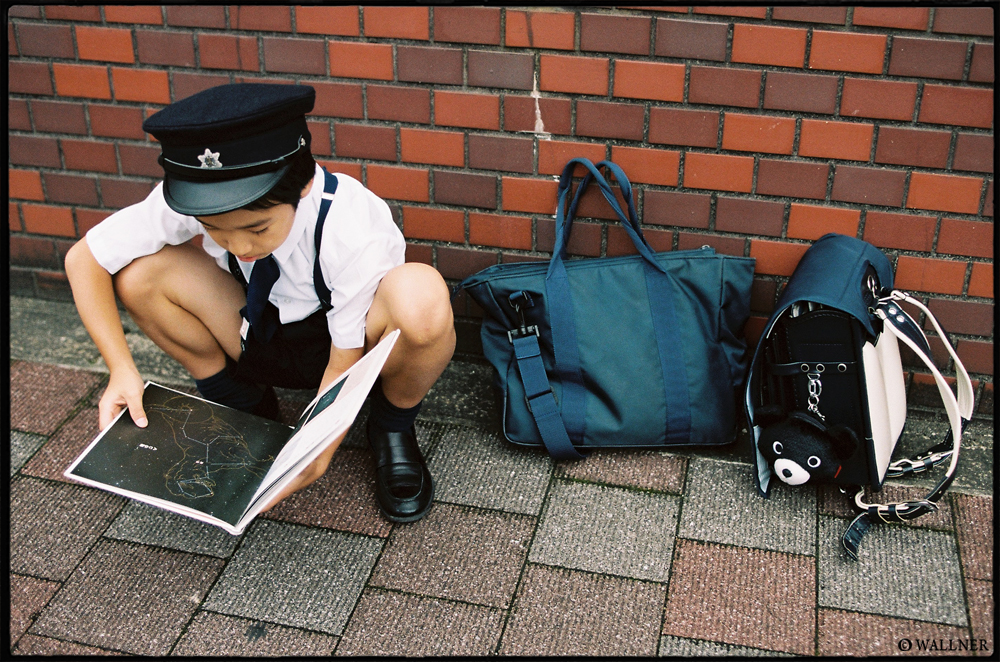 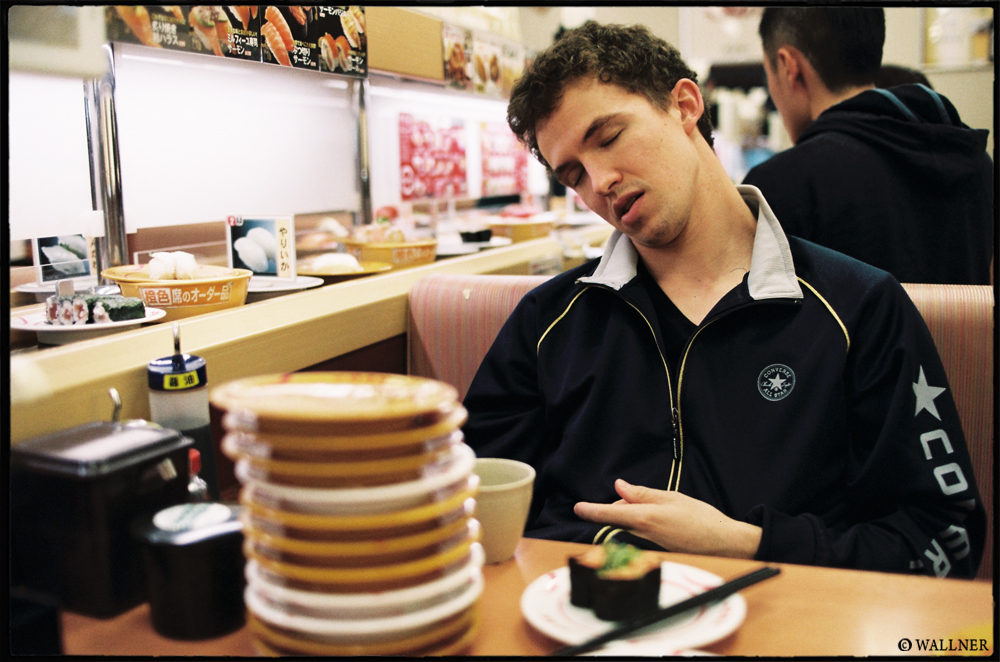 Sushi passing by besides you on a conveyor belt is mandatory if you happen to go to small city of Kaga, on the west side of Honshu Island. My good friend Ingmar Steinbach from my hometown in Germany has relocated himself to the East where it seems like he is suffering some sushi overdose resulting to a midday sushi-koma. 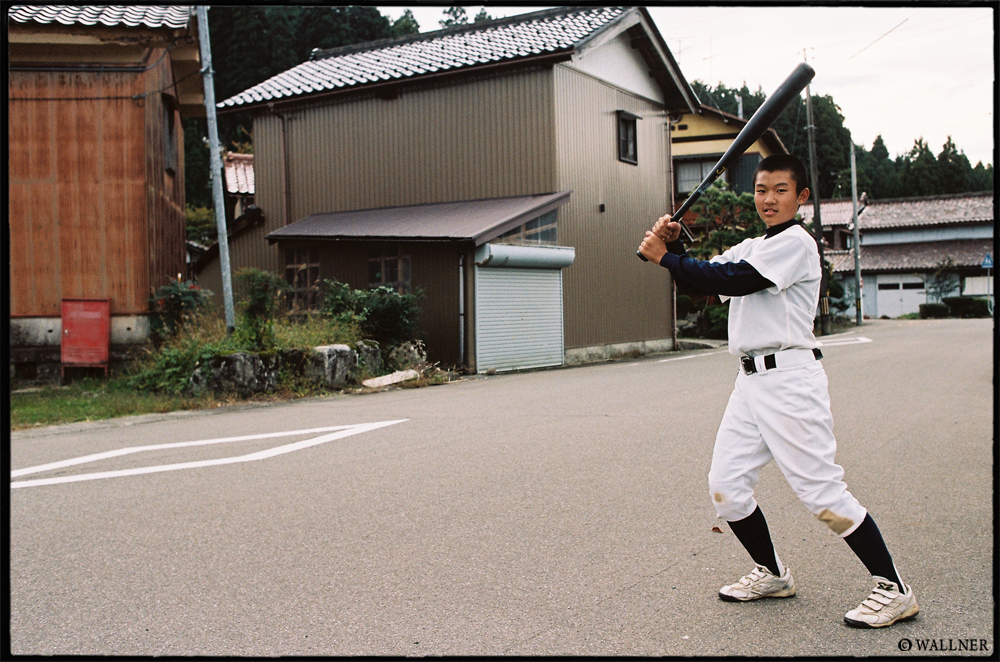 Horace Wilson, an expat in Japan during the mid 1800s introduced the game of Baseball to Japan with the intentions of giving his students a physical exercise. It is now more popular than Sumo or football combined. 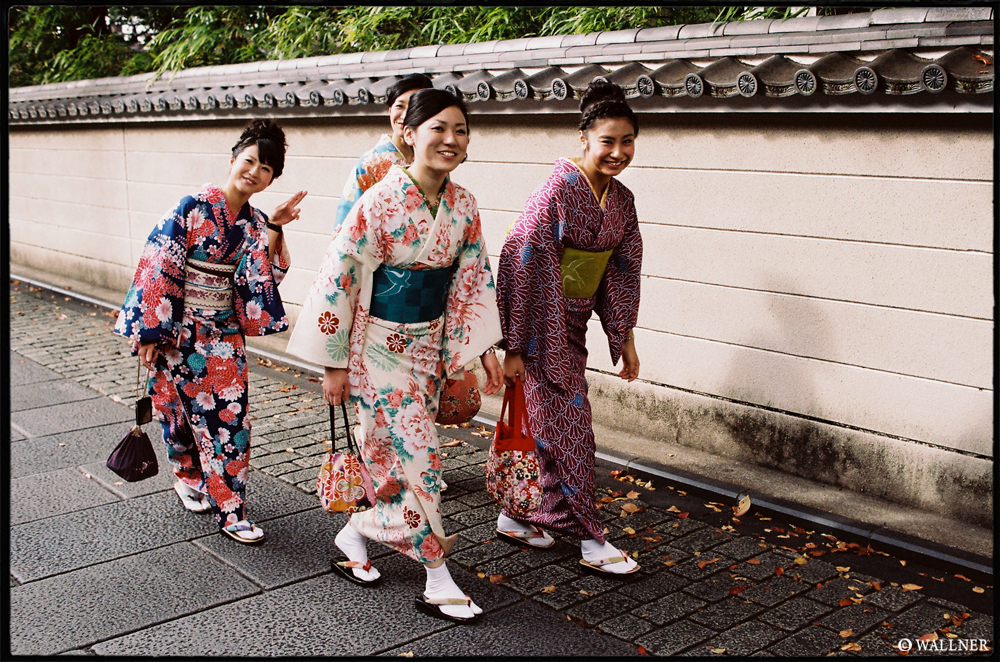 Flip flops with socks, that’s something I am guilty for doing as well on these long distance train rides we do. 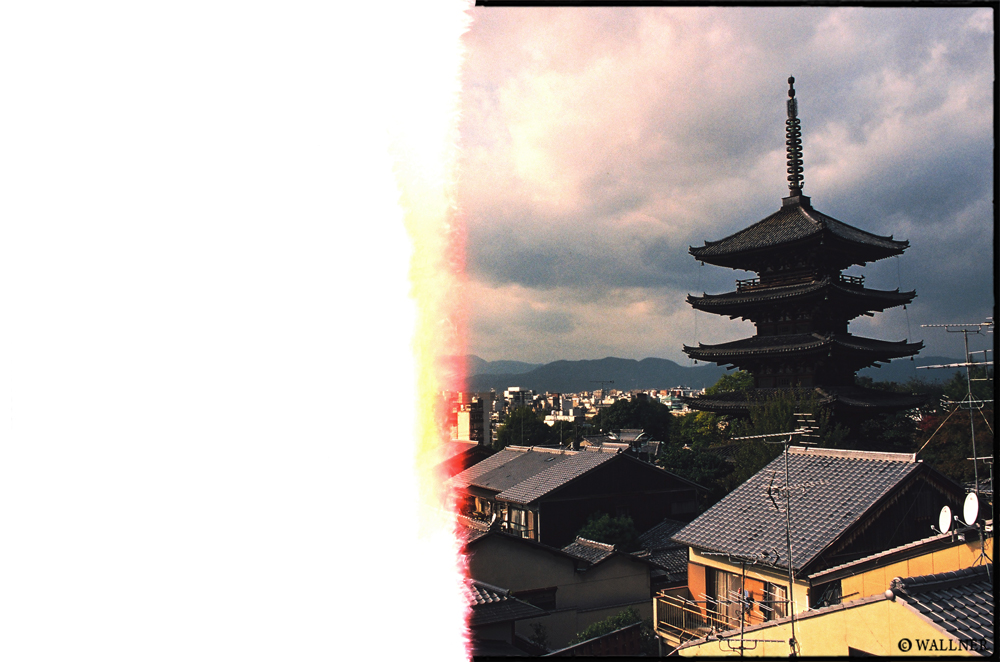