Elections around the corner 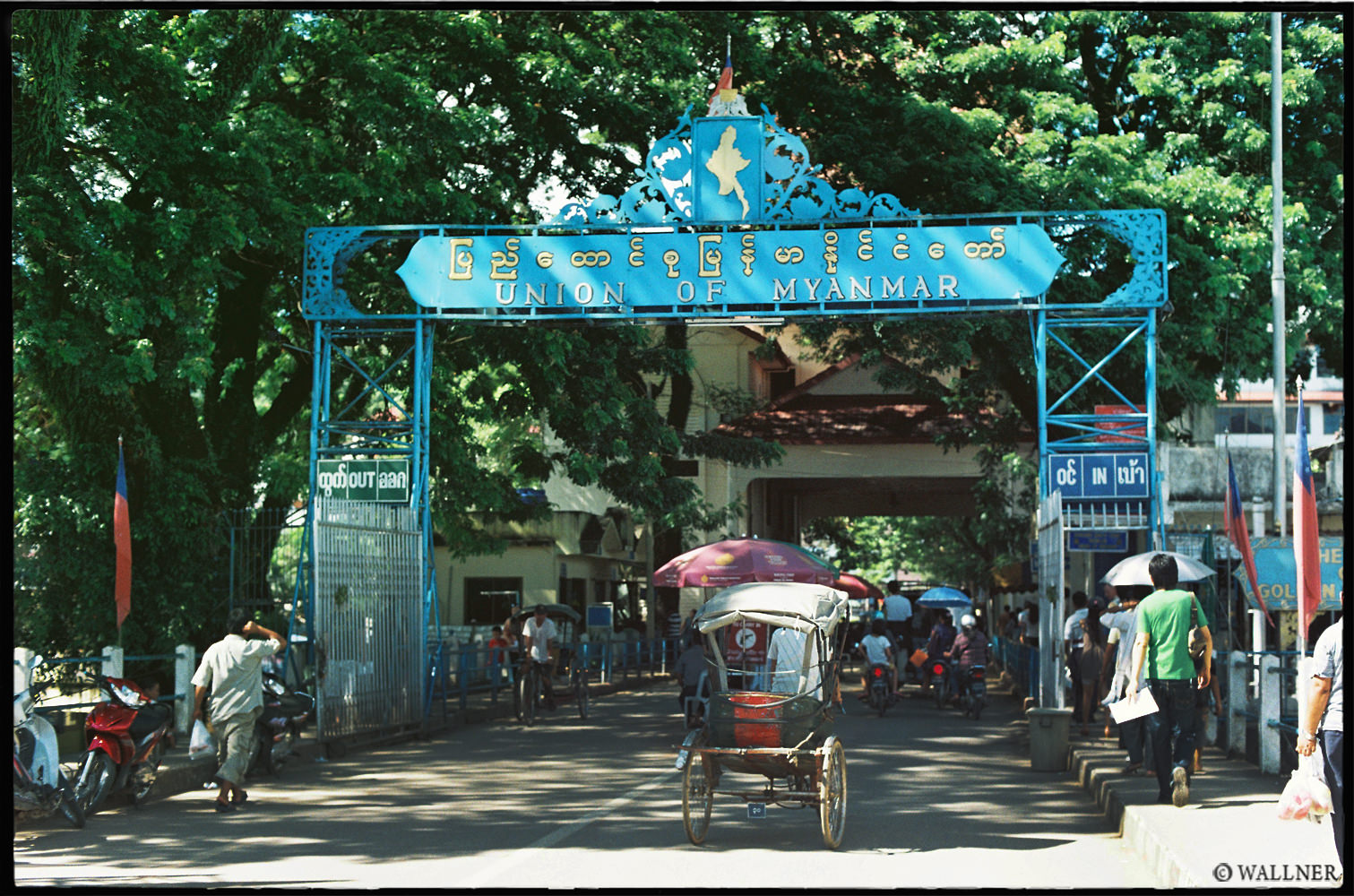 After trying to enter with Kenny last year and getting denied, I was finally able to give Myanmar a short visit while taking care of a visa run at the same time.

Click to enlarge. Close to the Golden Triangle. China to the left, Laos in the middle and Thailand to the right. 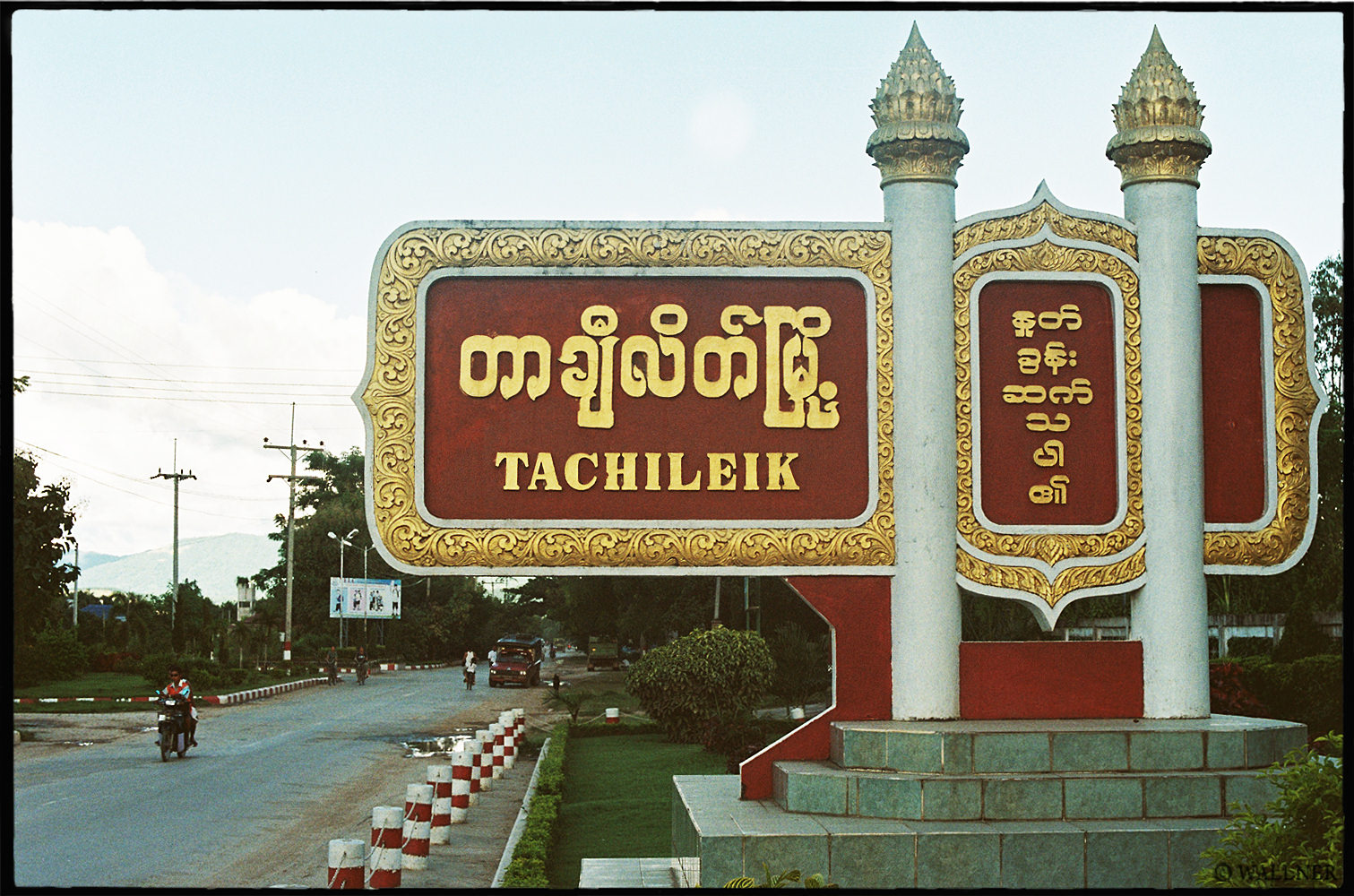 Getting into Myanmar made me feel like a little kid again, so excited and enthusiastic towards the new culture which I admire with passion. Myanmar is totally closed off their borders to the west, but you can enter from either China & Thailand. Out of the six borders only two or three are accessible for foreigners. The Mai Sai/Tachileik border is a really interesting one… you can enter for fourteen days but without a guide you are only allowed to stay in Tachileik. 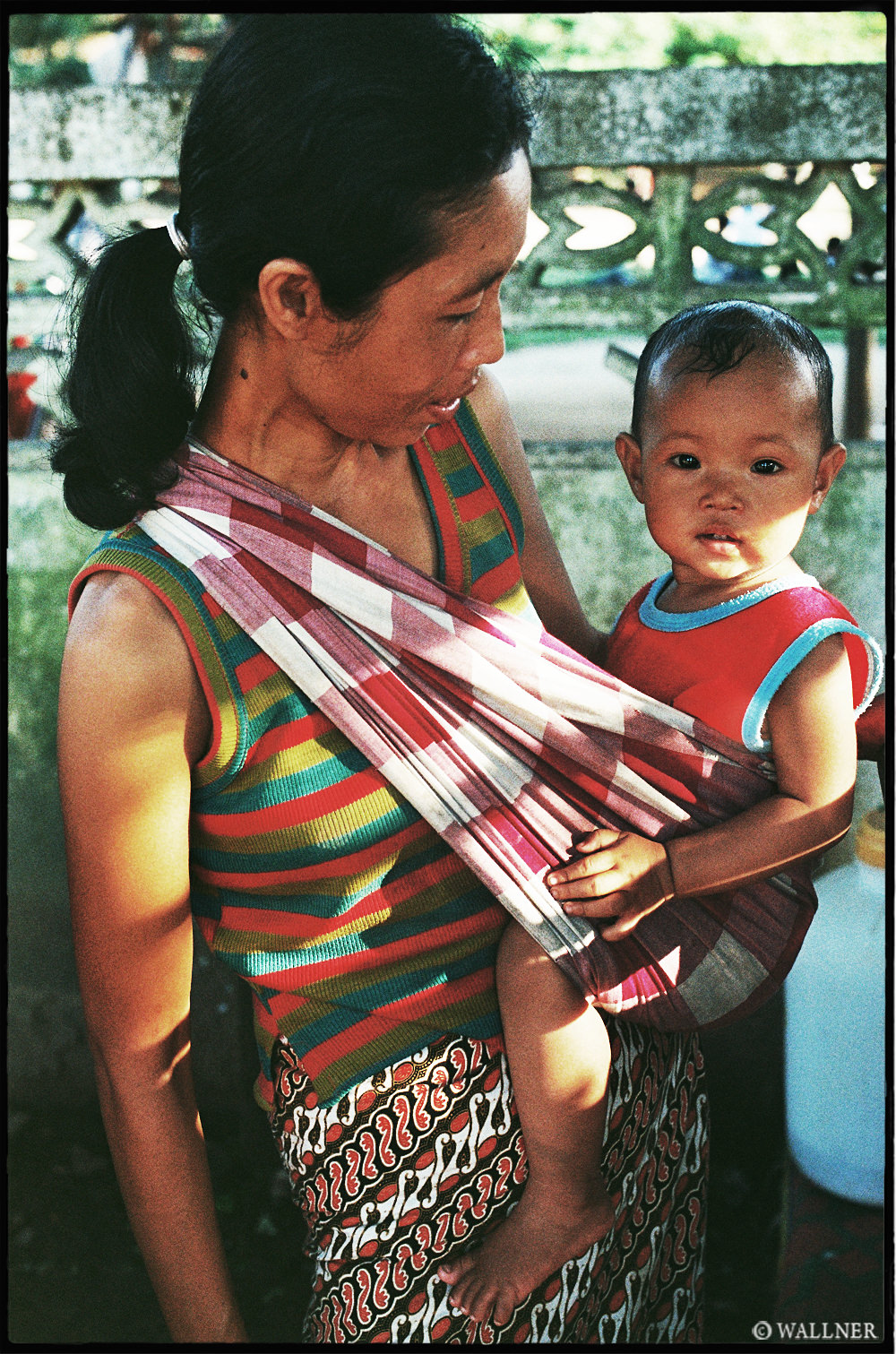 I just have so much respect for Myanmar. The people are so humble and respectful even though they been living in a state of military dictatorship. Being colonized by the British for around 150 years until the Japanese occupied during World War II, Myanmar has such a harsh and sad history. After becoming independent it has been controlled and dictated by various military juntas. The people are oppressed and controlled, everyone needs to go through check points leaving the city, so that everyone is traceable. The last election in 1990 was corrupted when Aung San Suu Kyi’s liberal party was fairly elected, the junta didn’t recognize the win and stayed in power. After 20 years of no elections, ‘The Republic Union of Myanmar’ is finally having another election on November 7th, 2010. Lets hope that the military junta can be overthrown by a more liberal party which could change how 60 million people live in one of the most beautiful countries of the world! 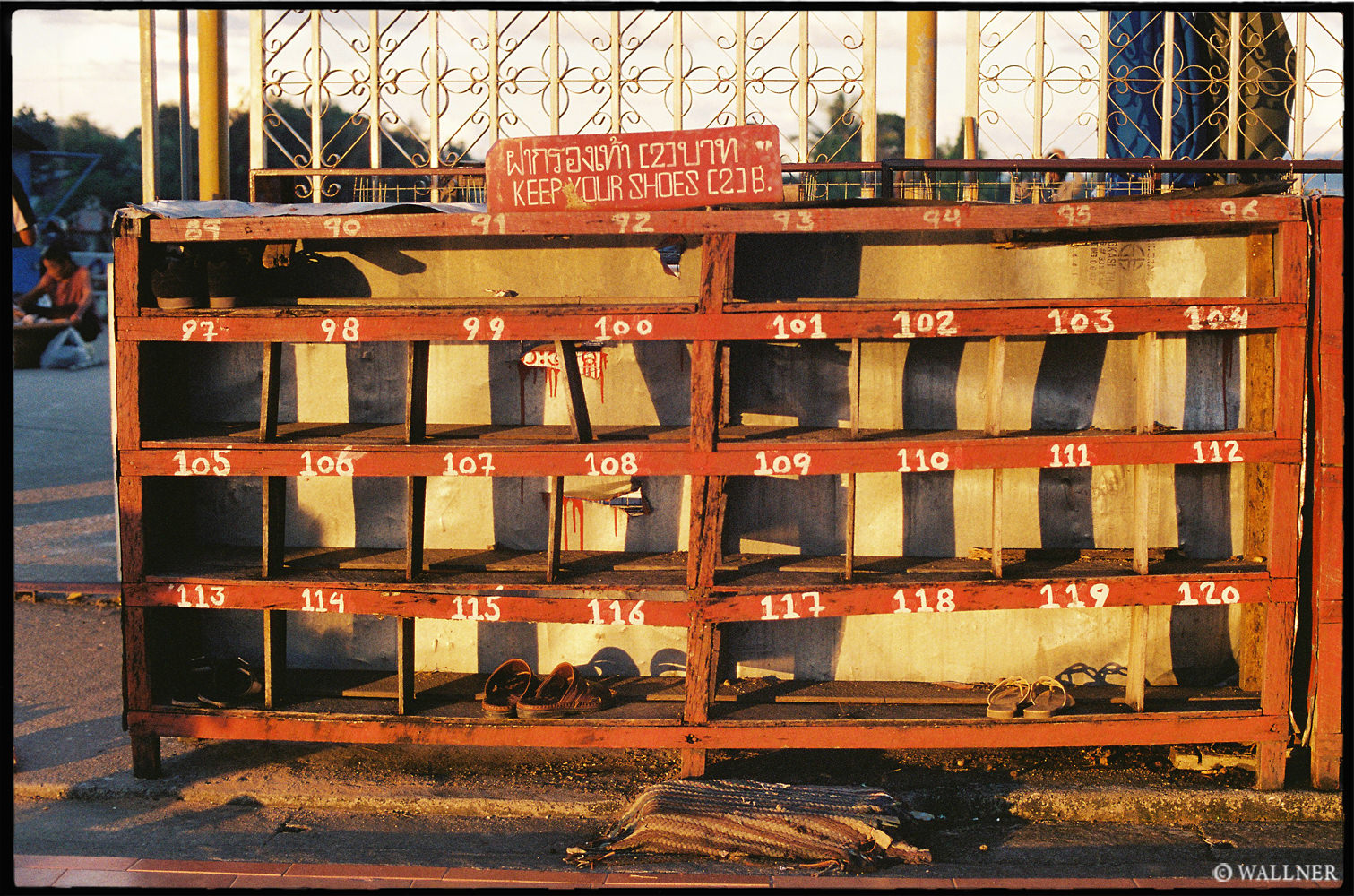 I crossed the border and was ready to head into the Shan province. I was stunned when told that I could only stay in Tachileik and could only head onwards to a city called Keng Tung if I hire a guide for 1000 baht (30 USD) per day. I came all this way so I had to do it for at least two days. But had a late evening and night to check out Keng Tung. 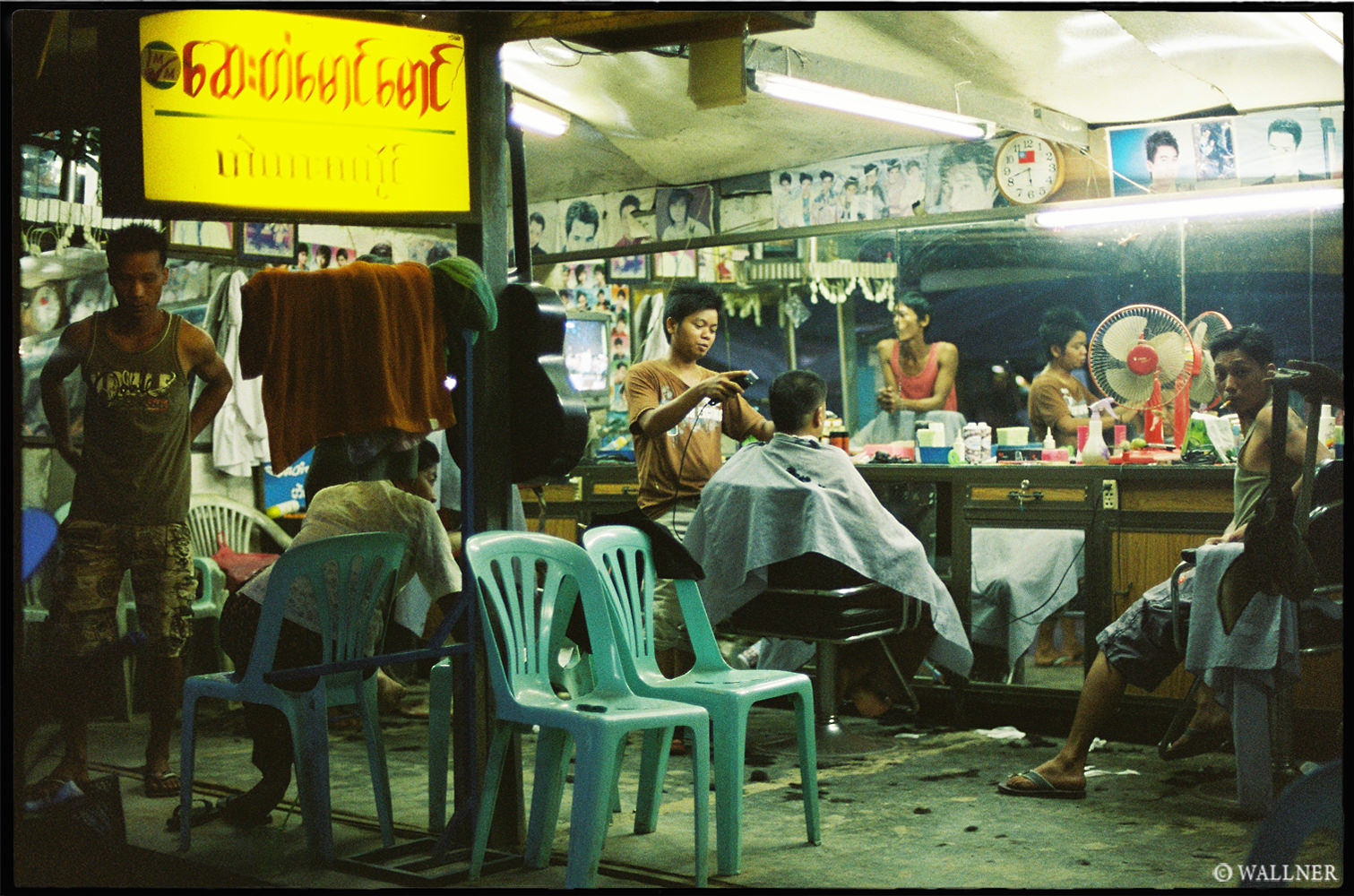 Burmese haircut. By the way, people always get confused how to call Myanmar, some people say Burma, and some say Myanmar. The official term for Myanmar the country is “The Republic of the Union of Myanmar“. When people refer to Myanmar as Burma, not all the states of Myanmar are included within the name. 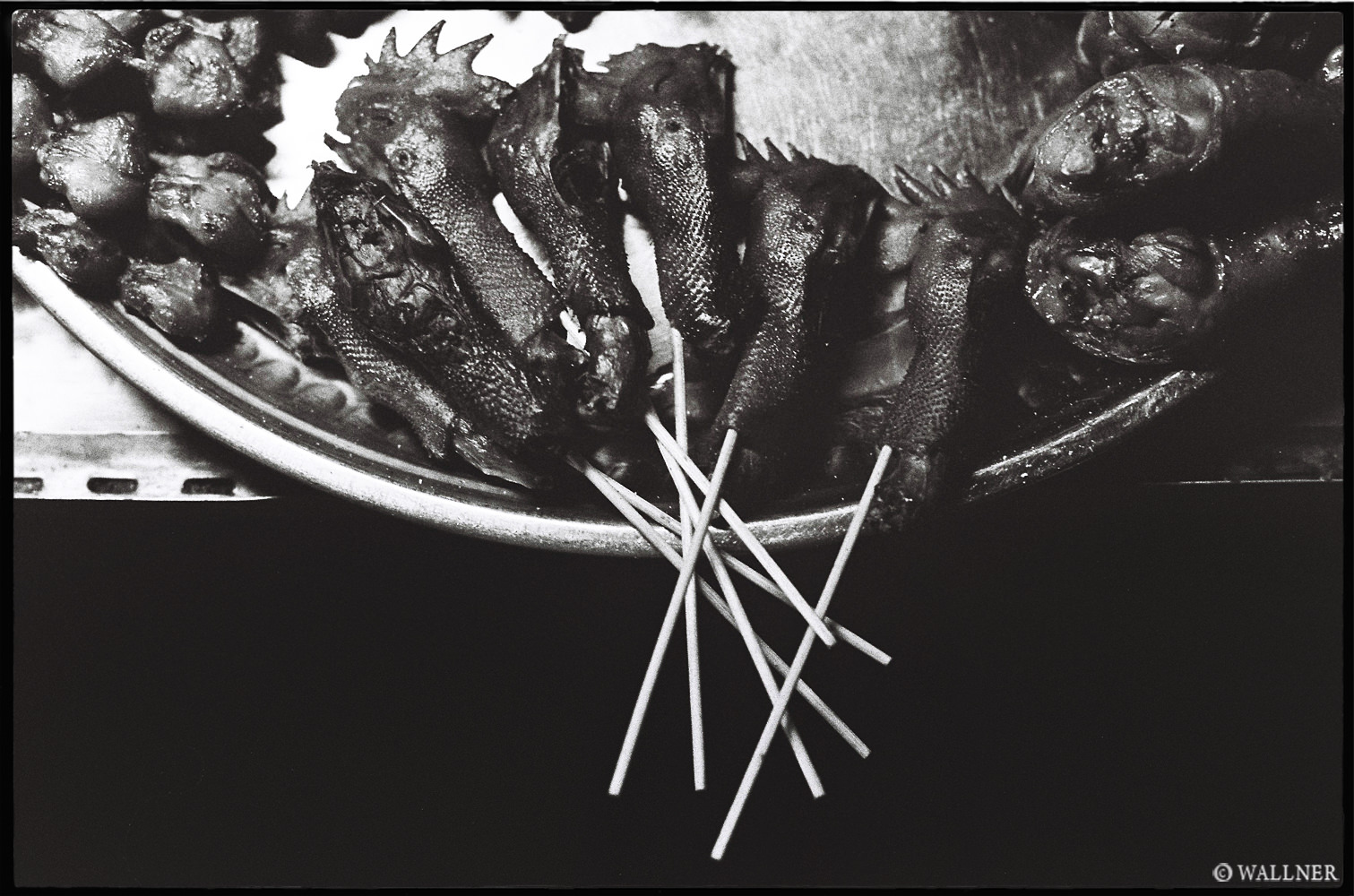 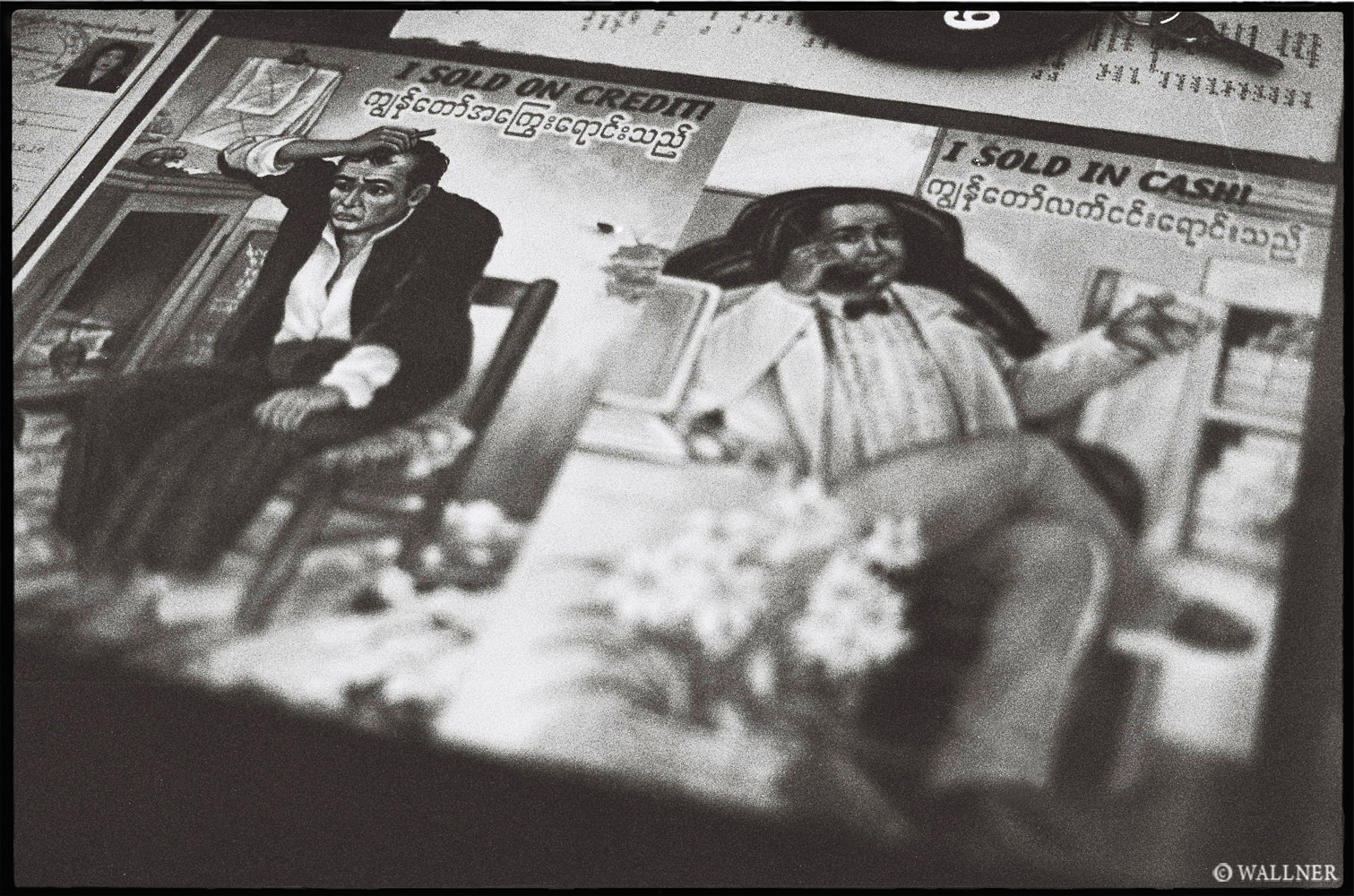 I was so surprised when it got dark at around 6pm and the whole city got so dark. Its a weird feeling, since you take street lights for granted back home, while Myanmar has power cuts through out the day leaving its people in the dark. Hotels and little stores use generators to live through the uncertainty of such a common and accessible source such as electricity. 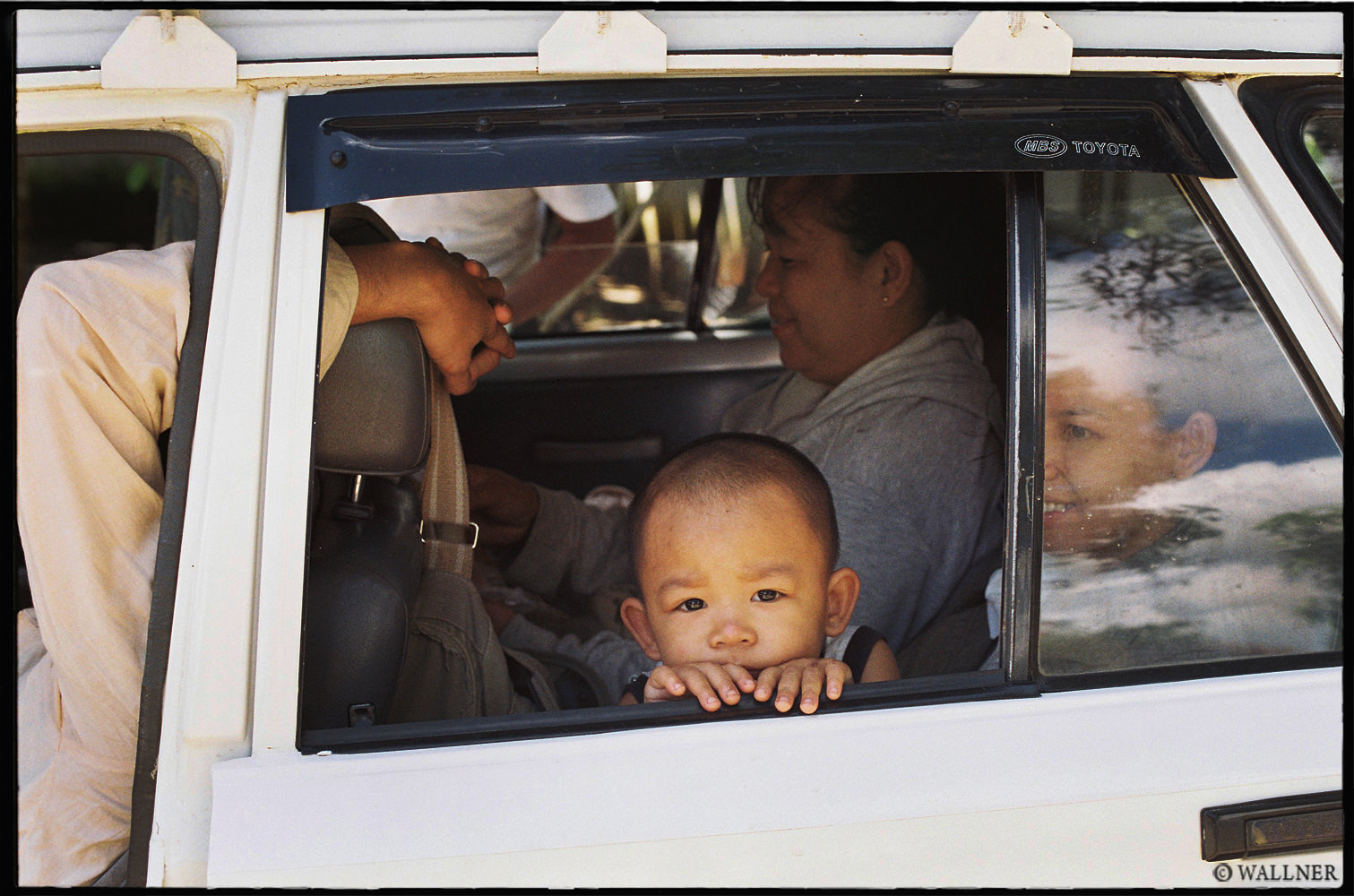 Around 6 AM in Keng Tung, Myanmar. In both Thailand and Myanmar it is quite normal for kids to go to a Buddhist monastery and experience and learn the methods of being a monk.To get to Keng Tung, I had to hire a guide and then take a bus through a beautiful mountain range through the Shan province. The bus was stopped around five to six times by the military and we were all told to get out while the bus was being searched. At one of the stops a women had a bag filled with US military bullet holding belts, she wasn’t on the bus afterwards… 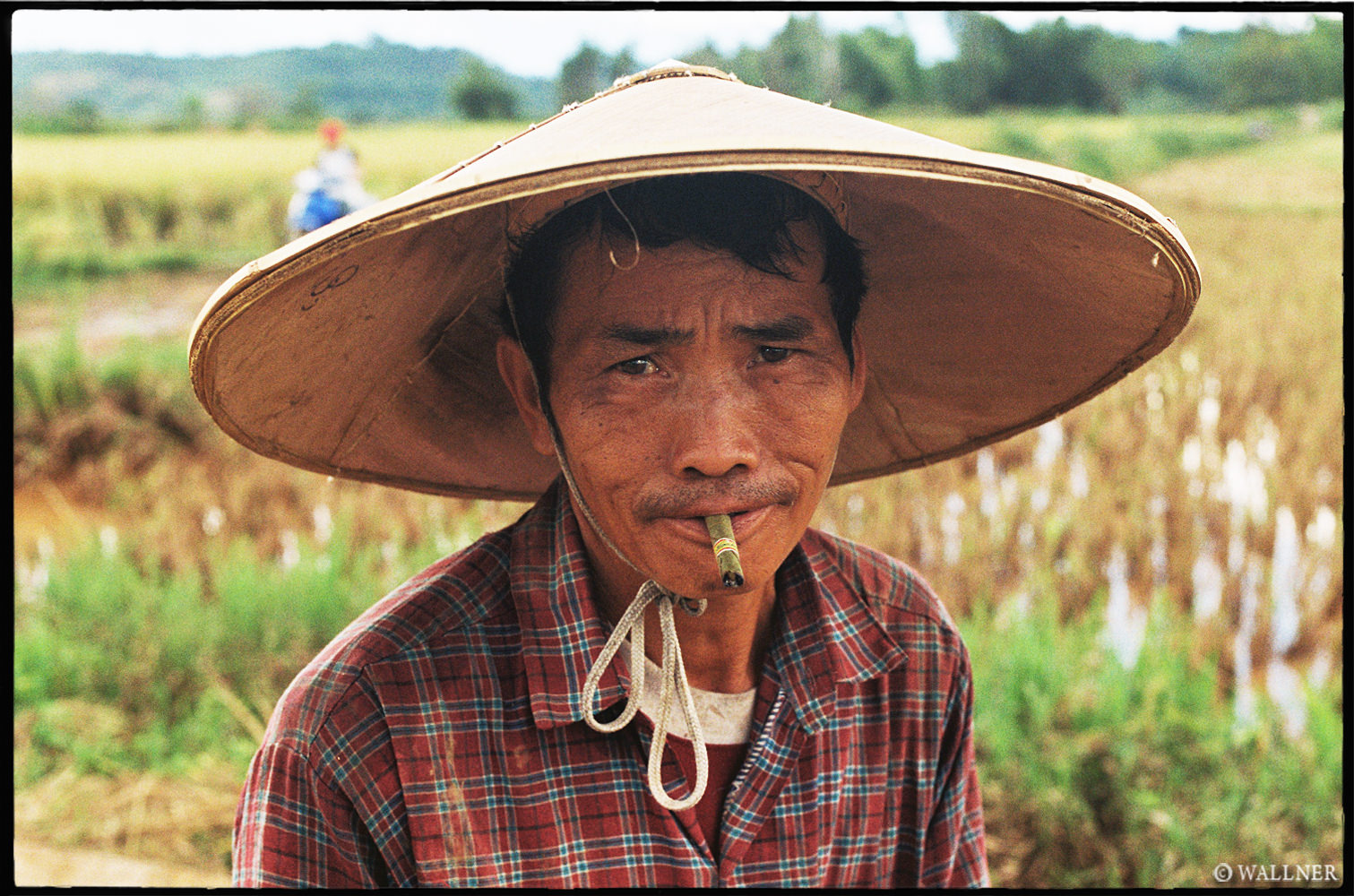 Sunlight is a tricky thing in south east Asia… It gets dark here around 6 PM everyday all around the year. So whenever I want to take photos, its always a rush to get everything accomplished before the sunsets. I arrived in Keng Tung around two in the afternoon, right after arrival my guide came with his motorcycle and we rushed to go trekking outside of Keng Tung. 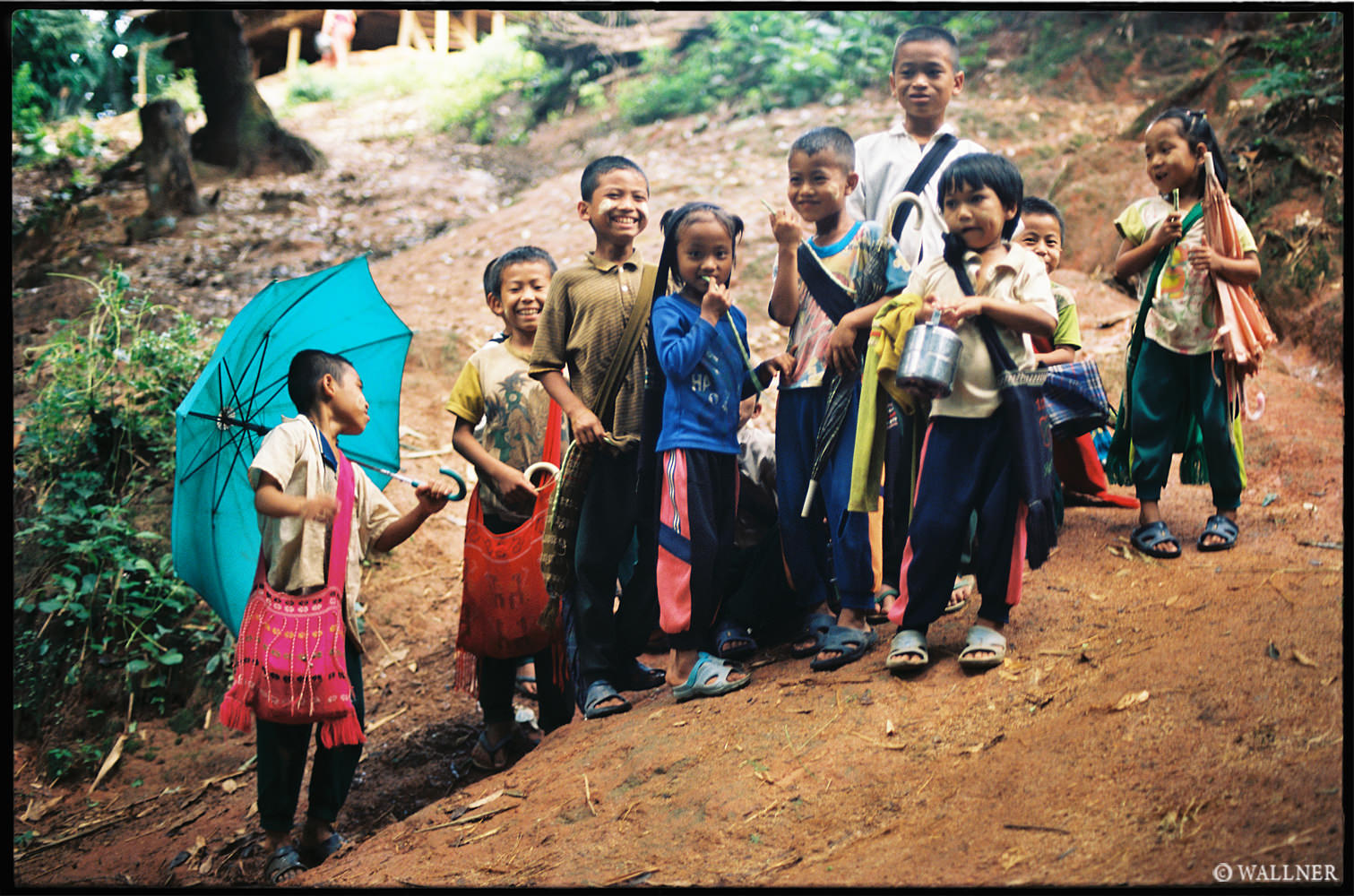 We hiked for a while and finally reached one of the tribes living outside of Keng Tung. Kids coming home from school at the Ahkhu Tribe. 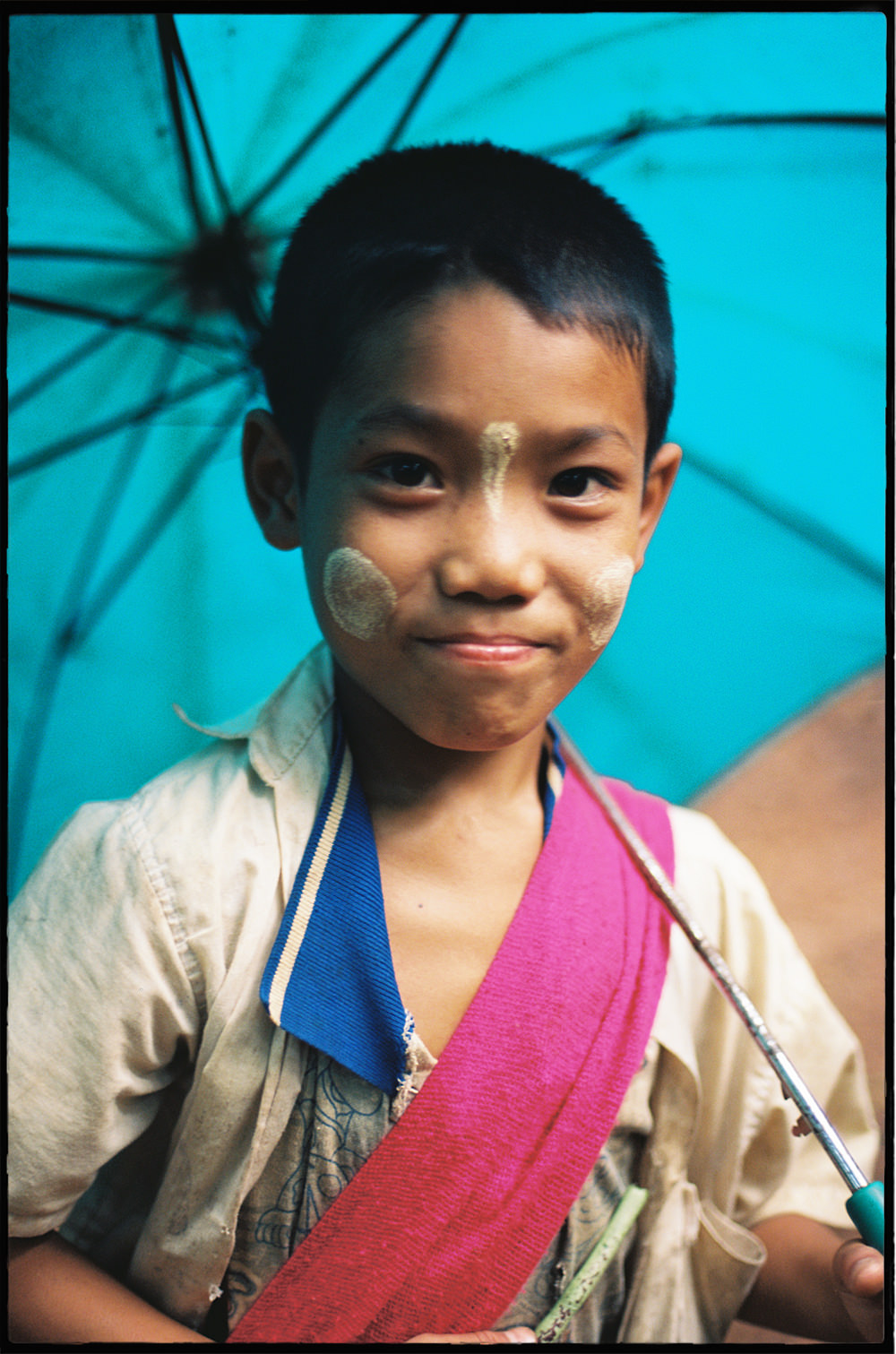 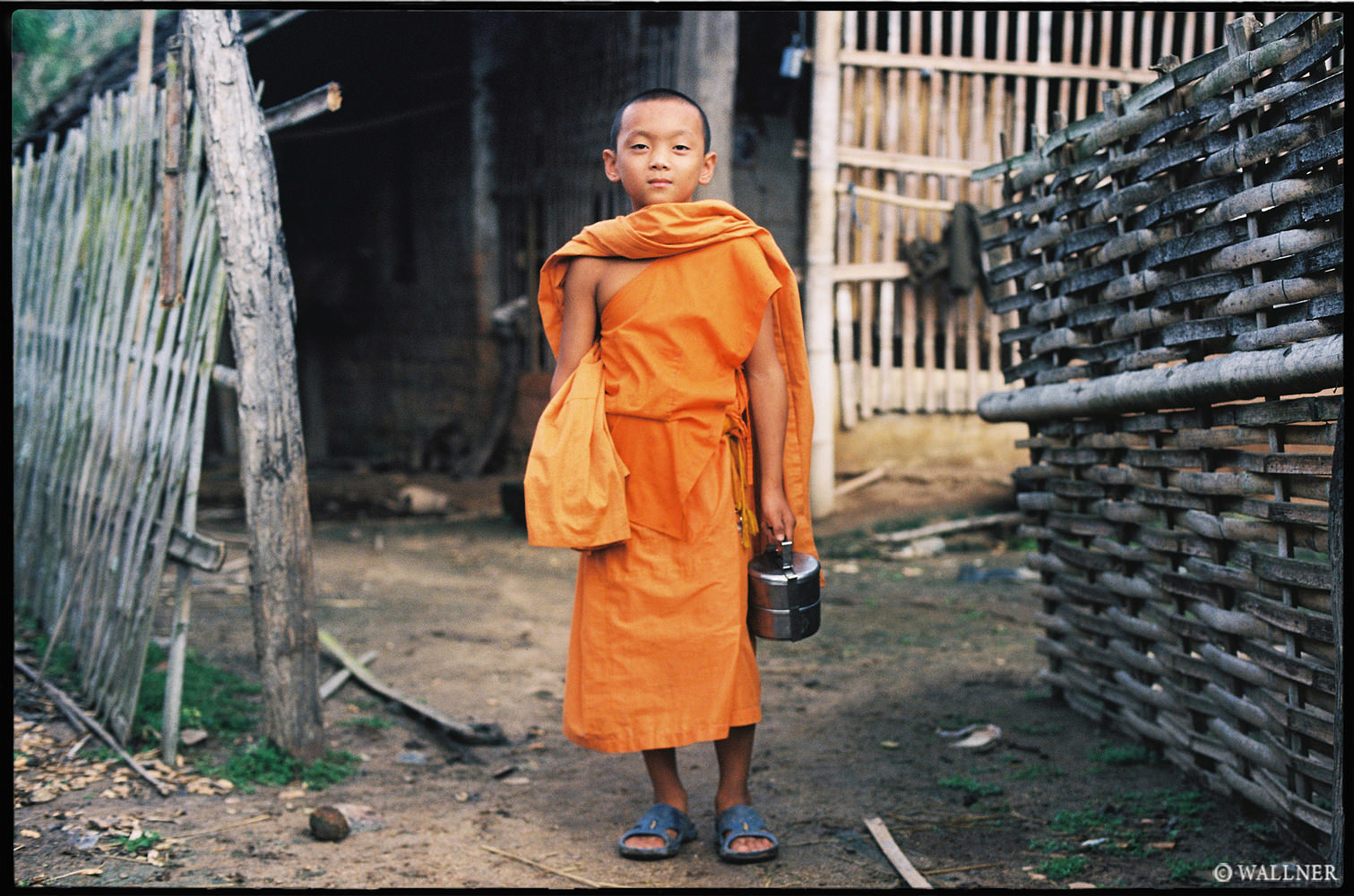 Tea break for a young monk. 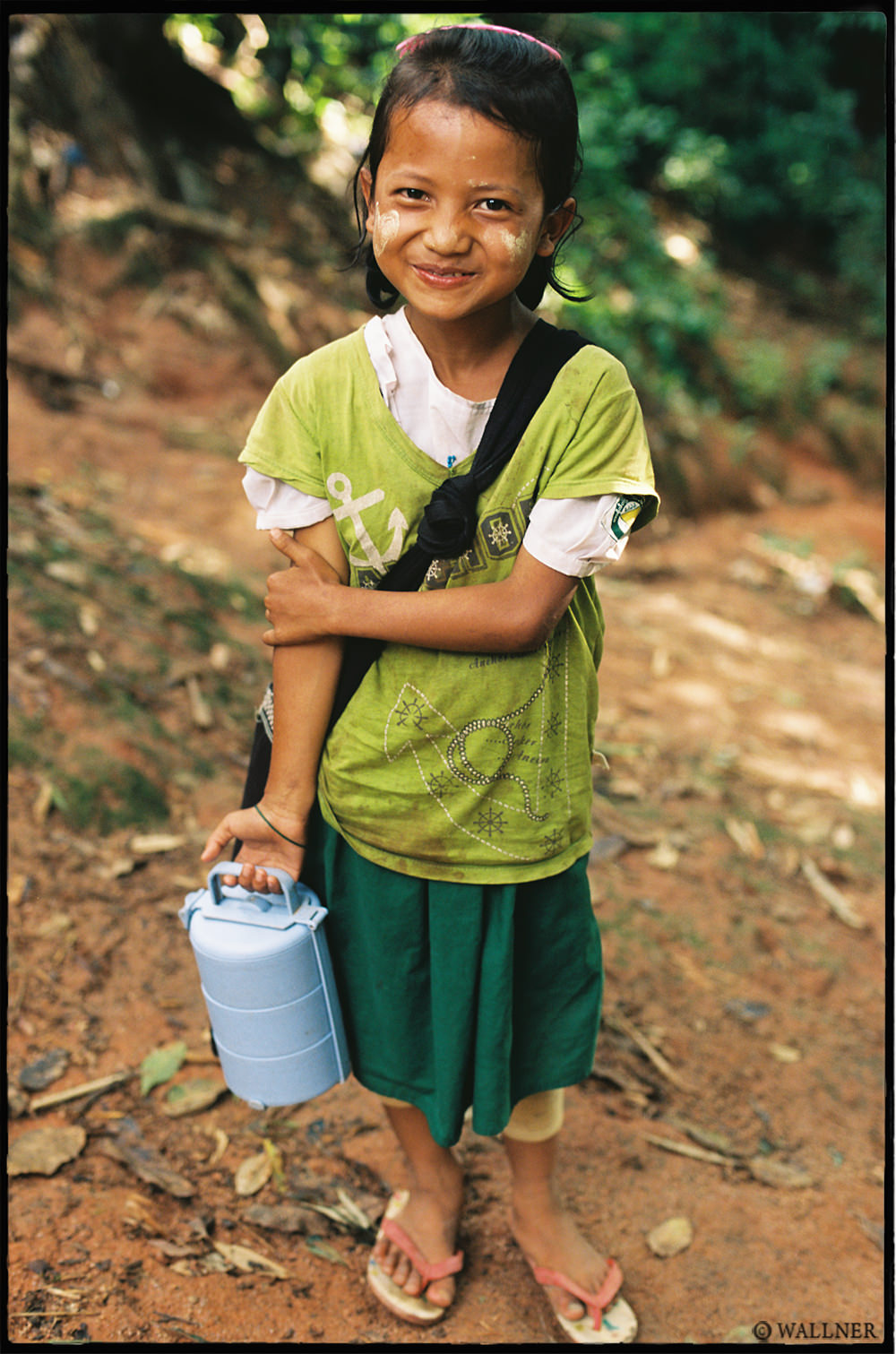 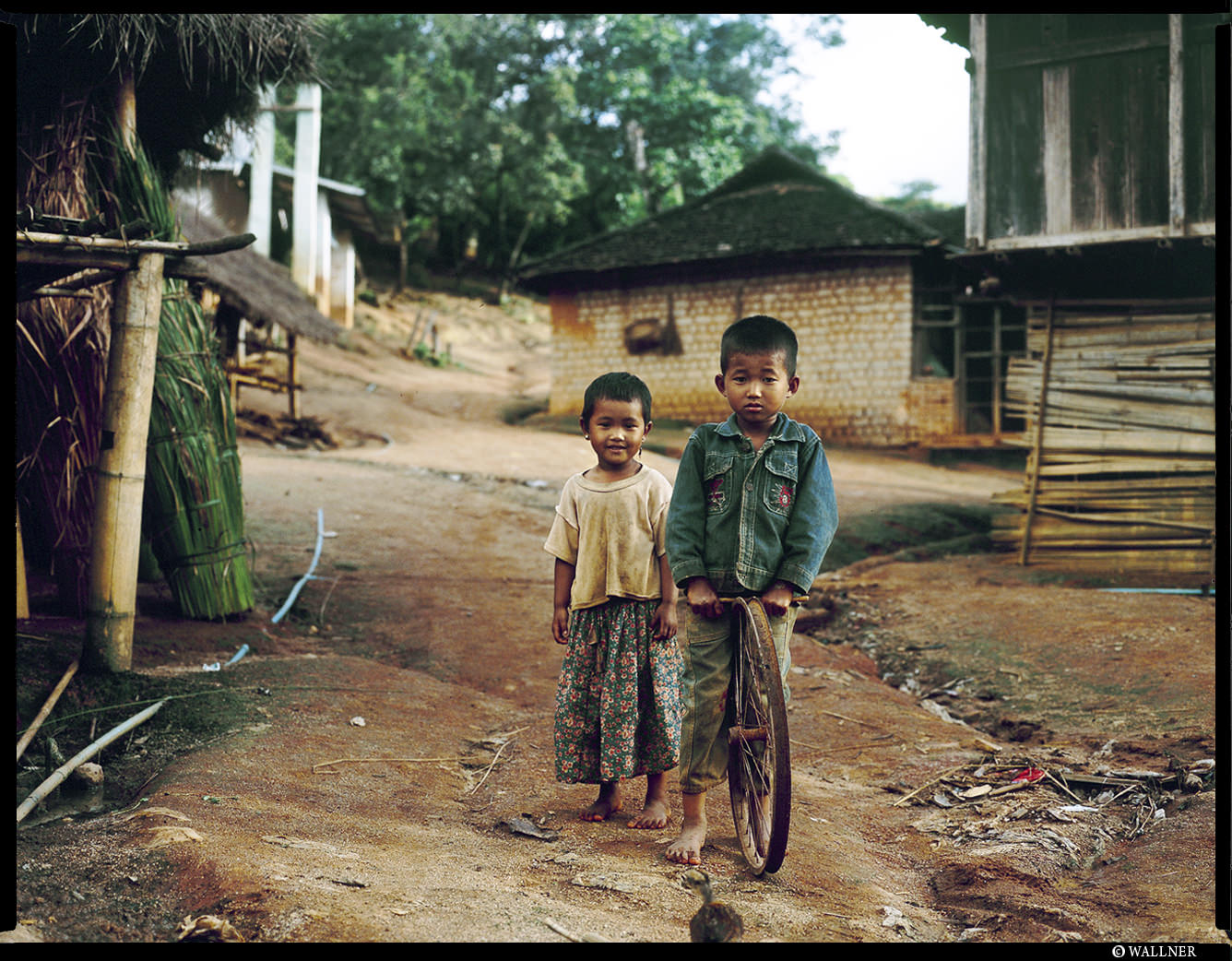 Ahkhu is a one of the few baptist tribes within Myanmar. 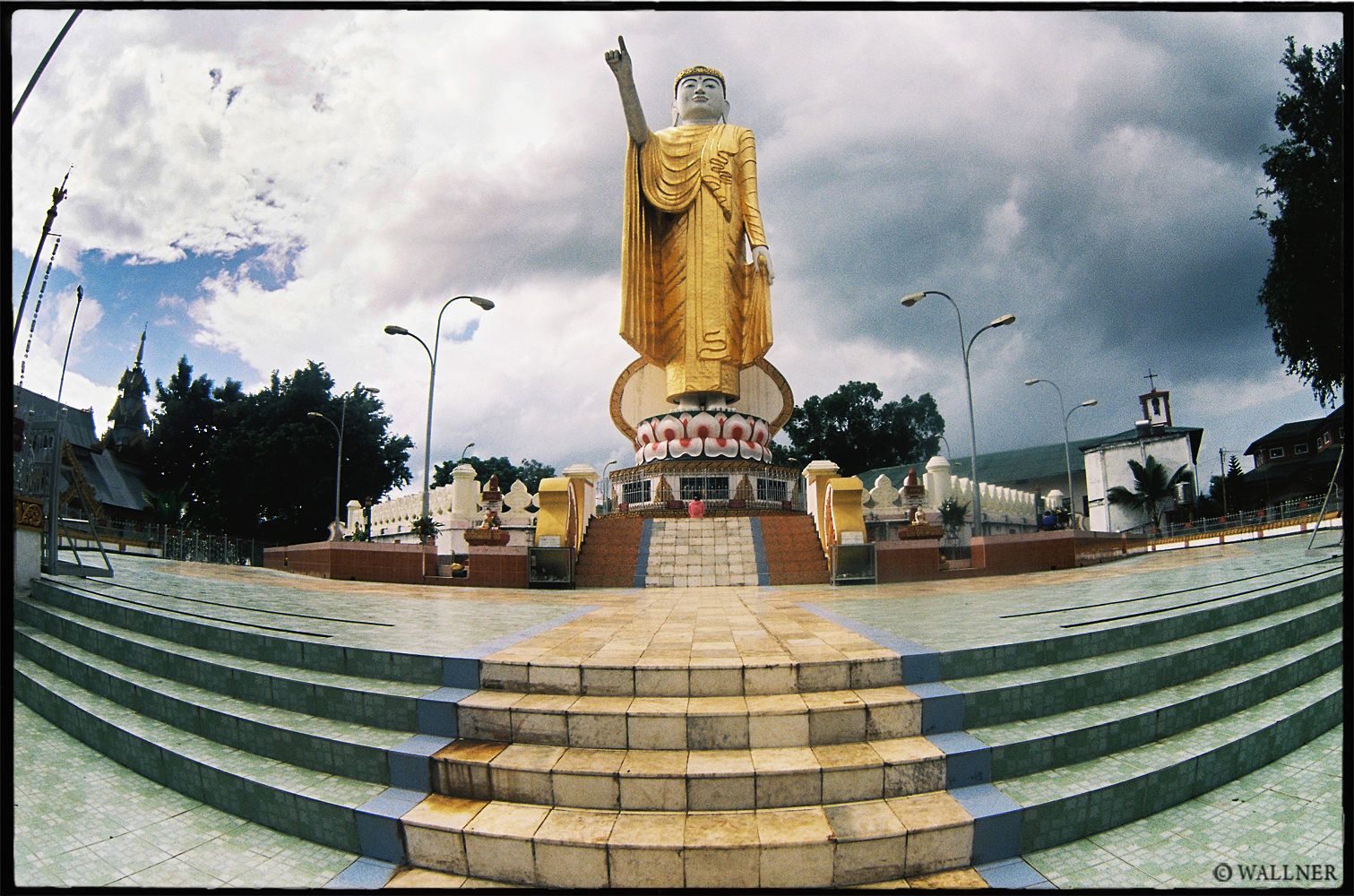 The next day i had to leave already, I had to wake up at daybreak again so that i could venture around the city before my departure at noon. 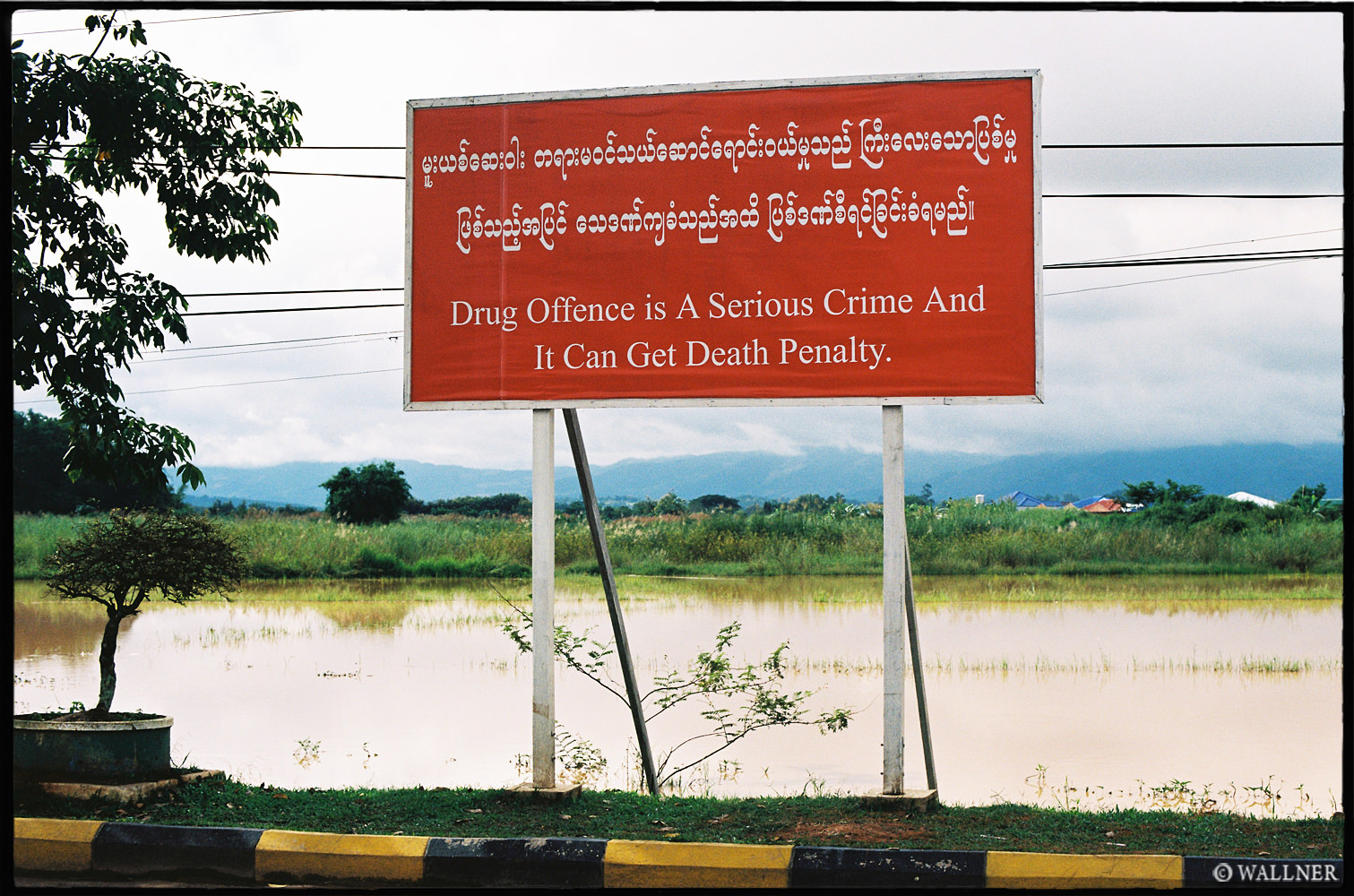 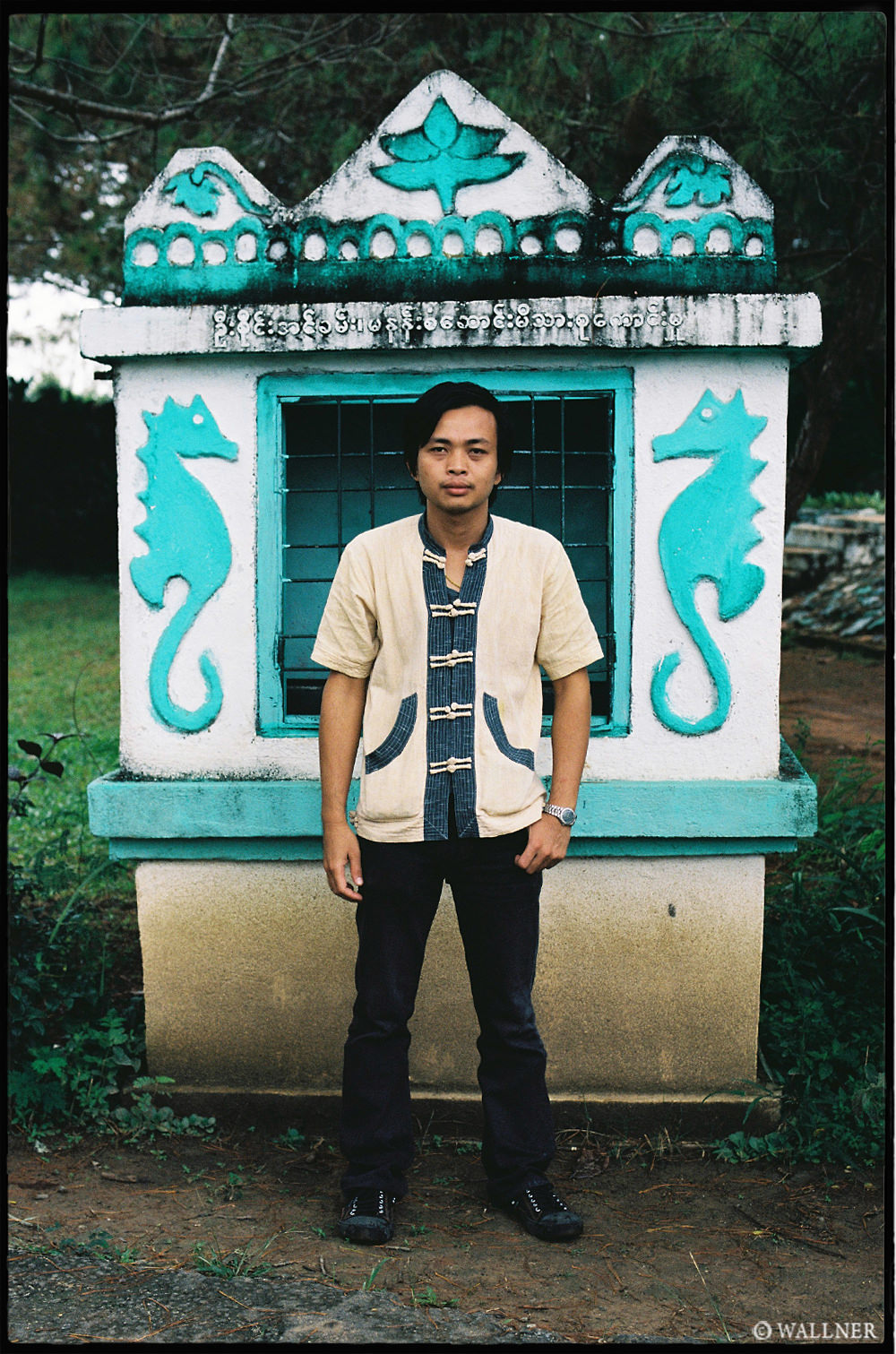 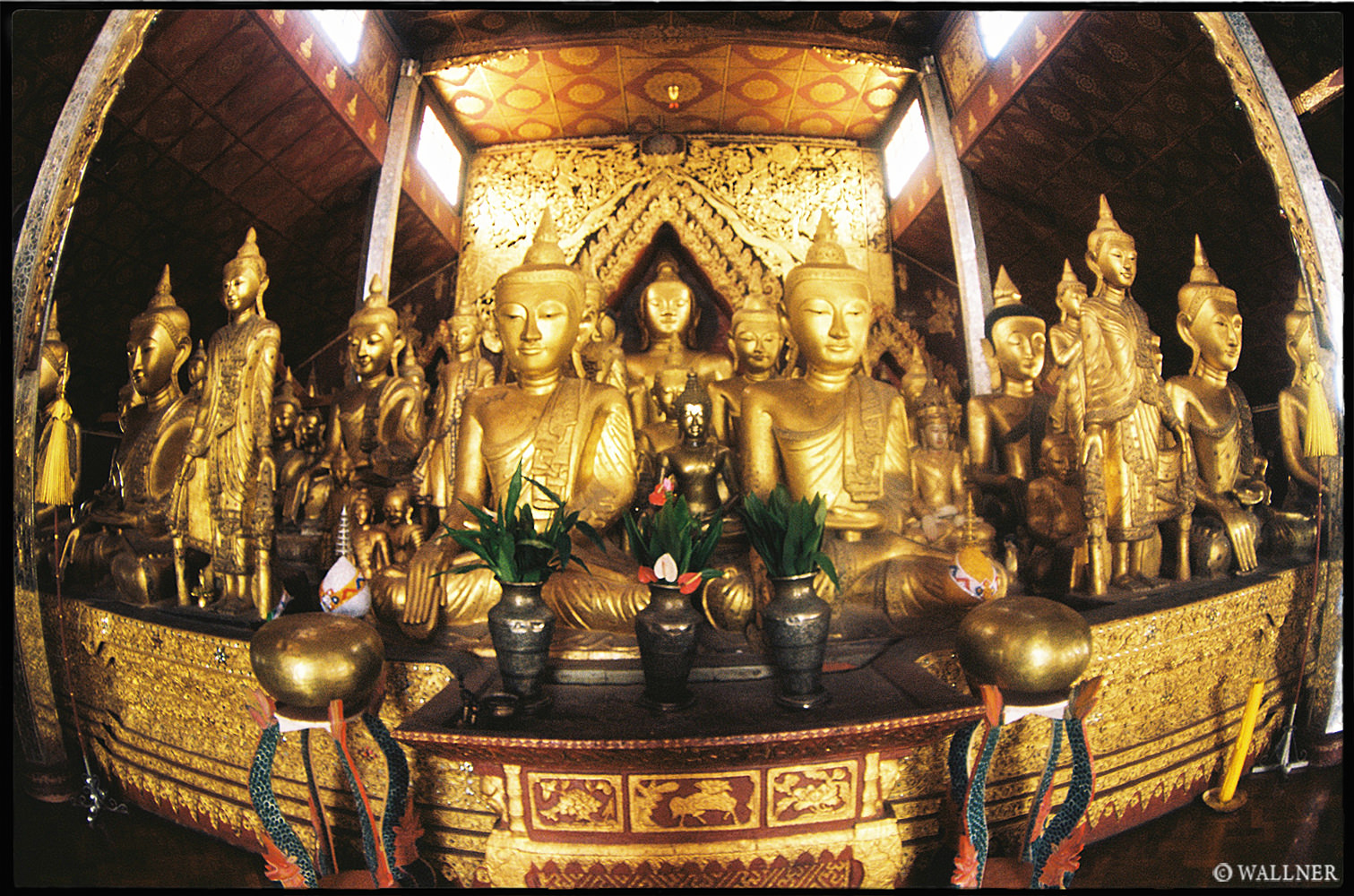 Monks play too. But they play with marbles. 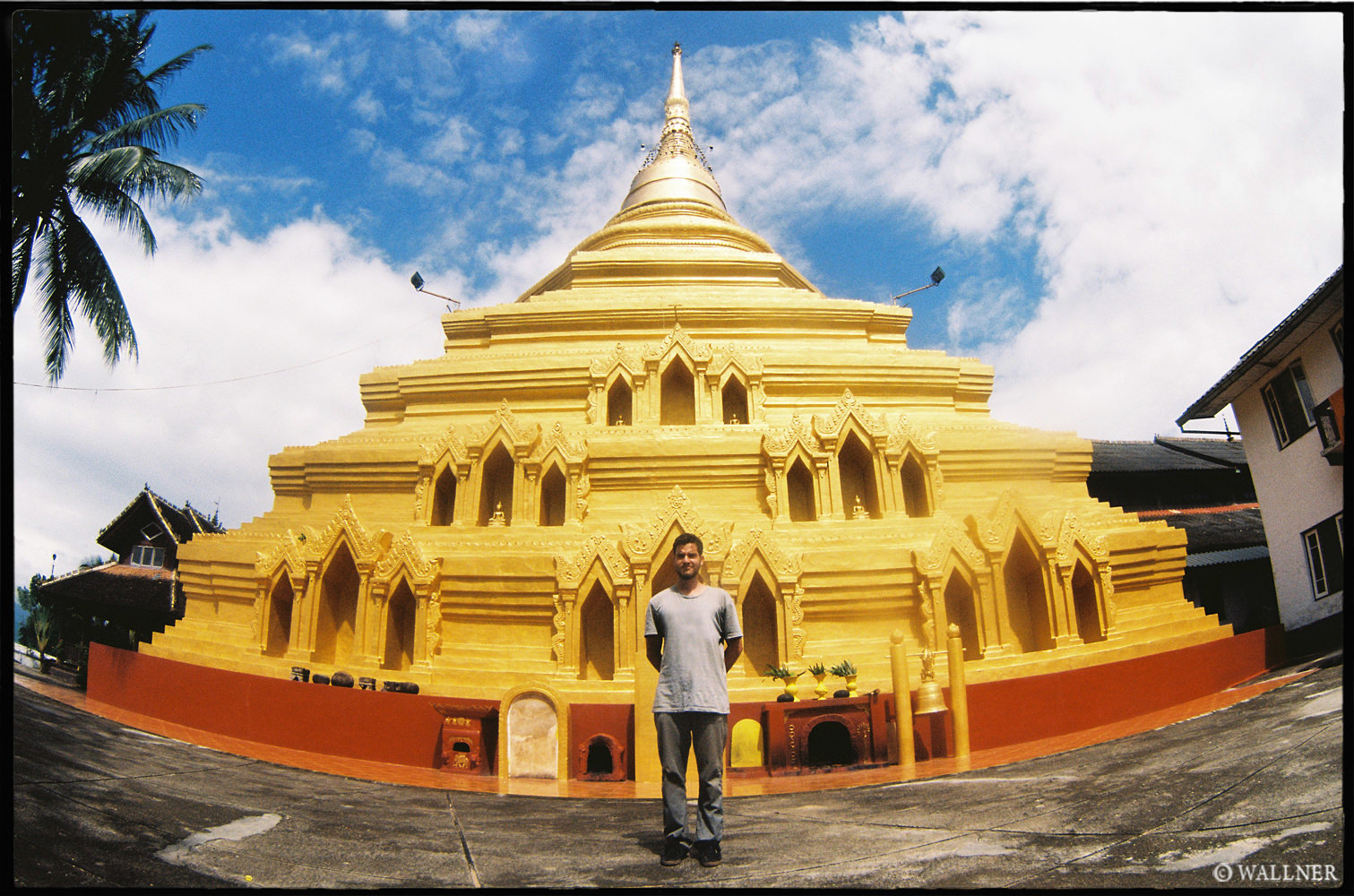 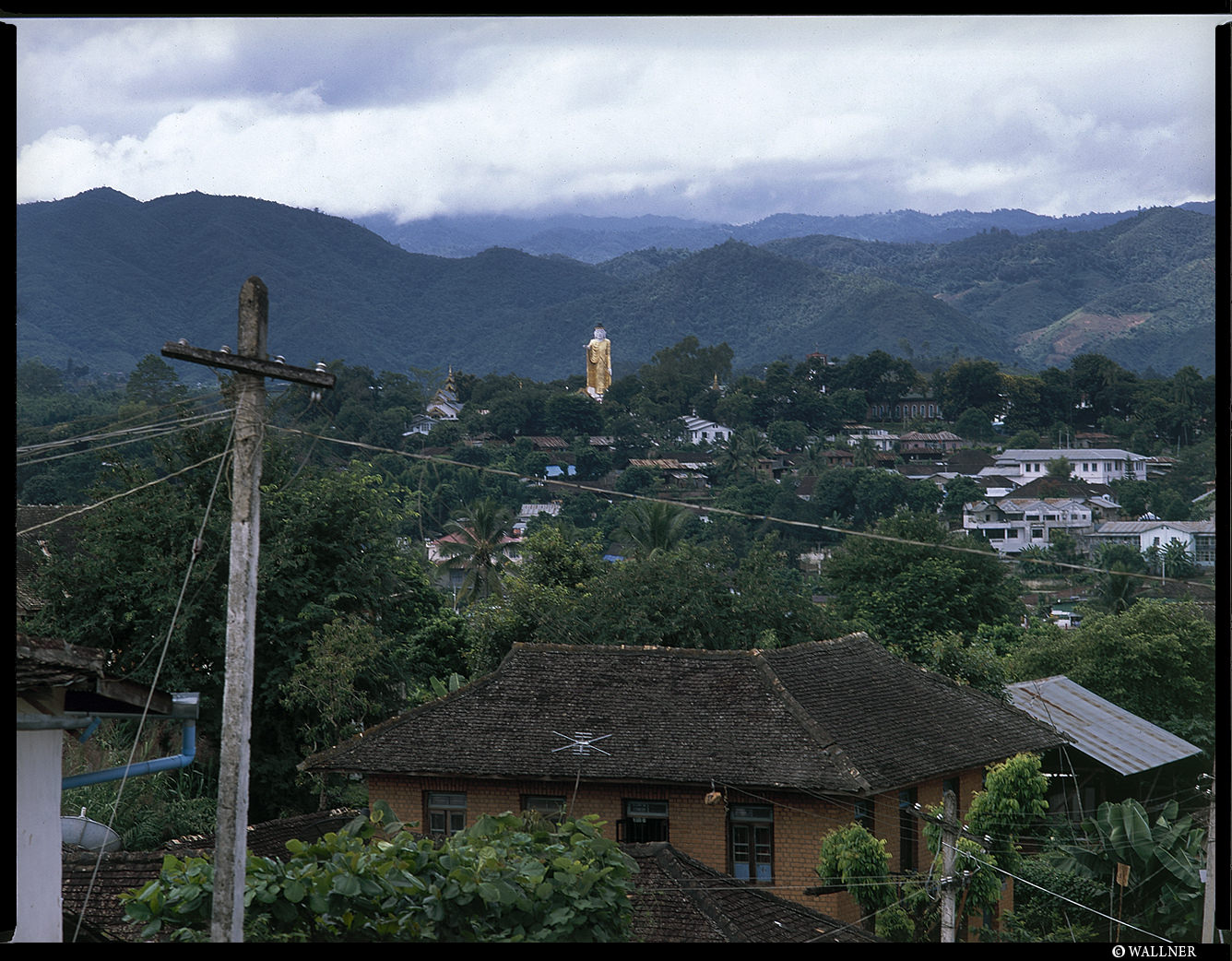 Either reclining or standing… 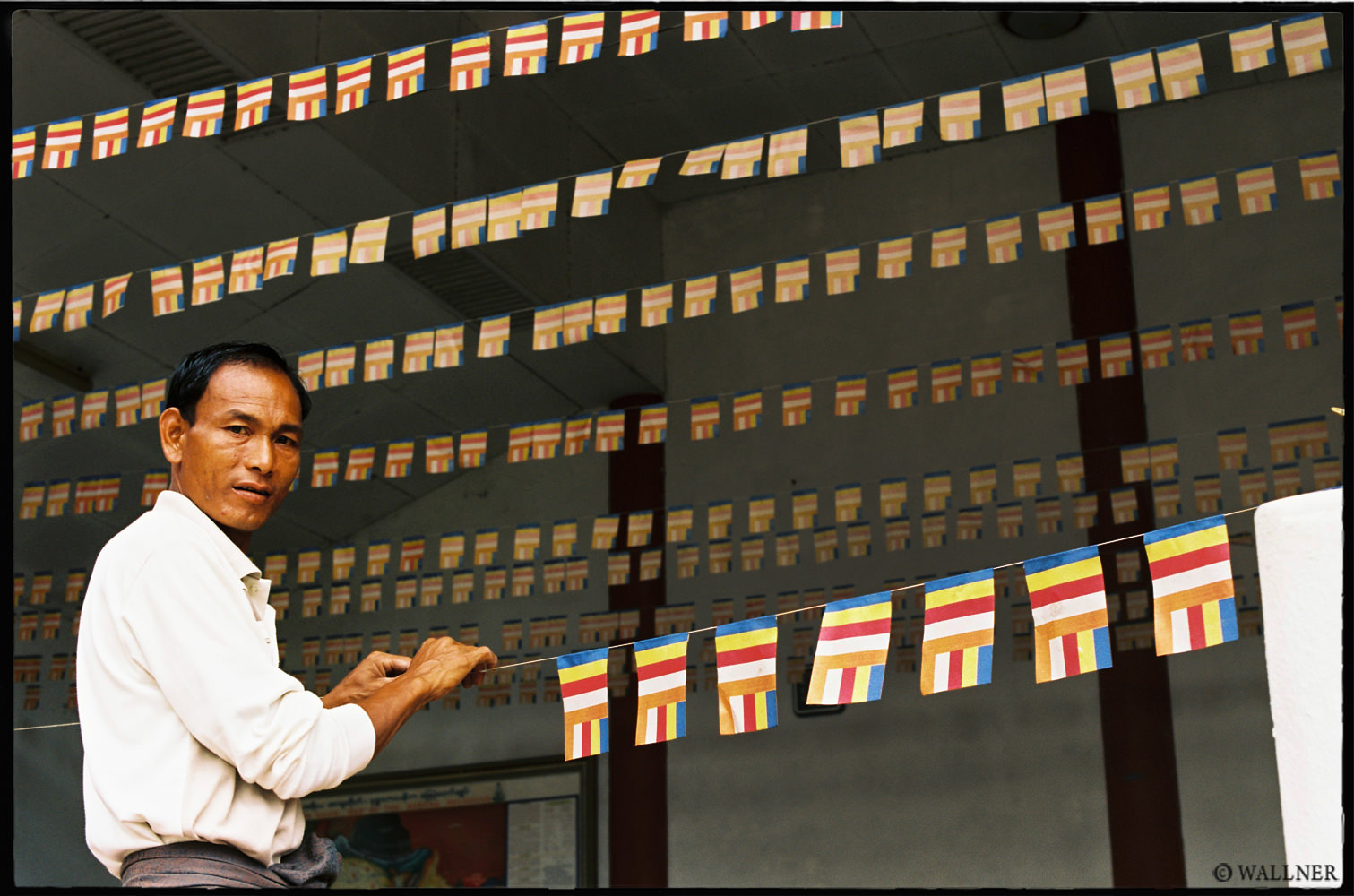 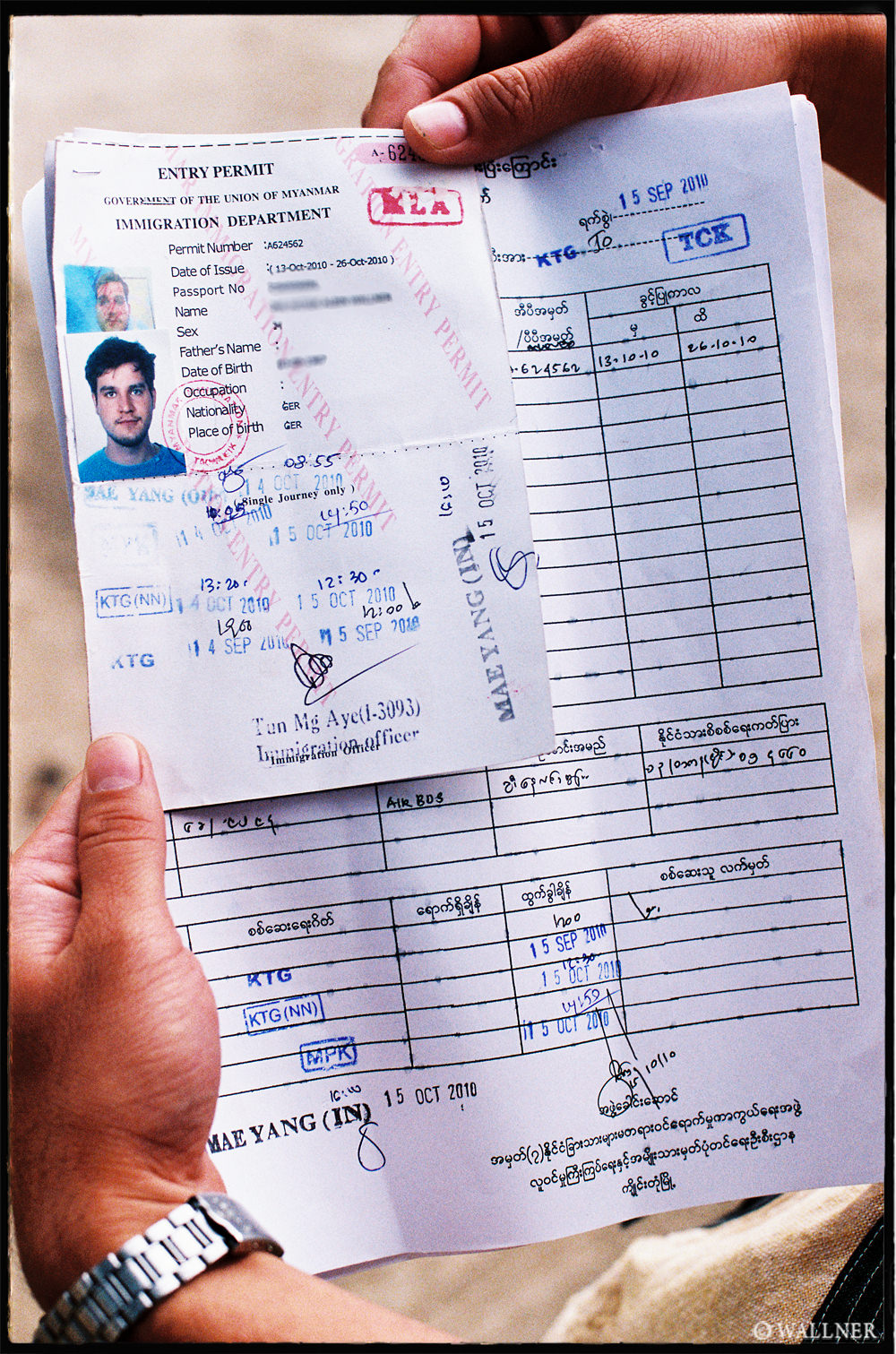 One of the most meaningful Tee-shirts I have ever seen. On the right, the temporary passport they give you when you enter Myanmar. 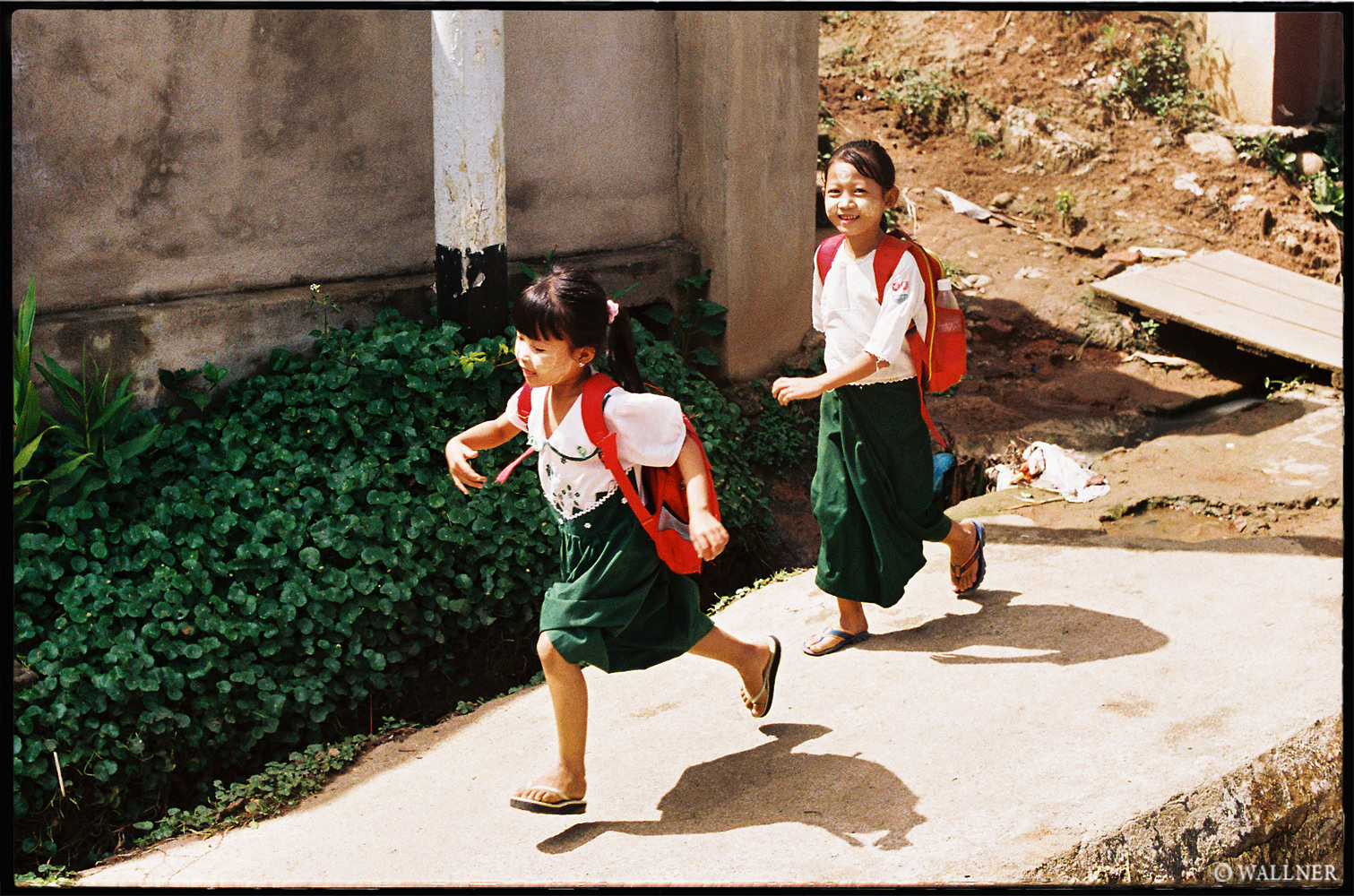 Leaving Myanmar, back to Chiang Mai.