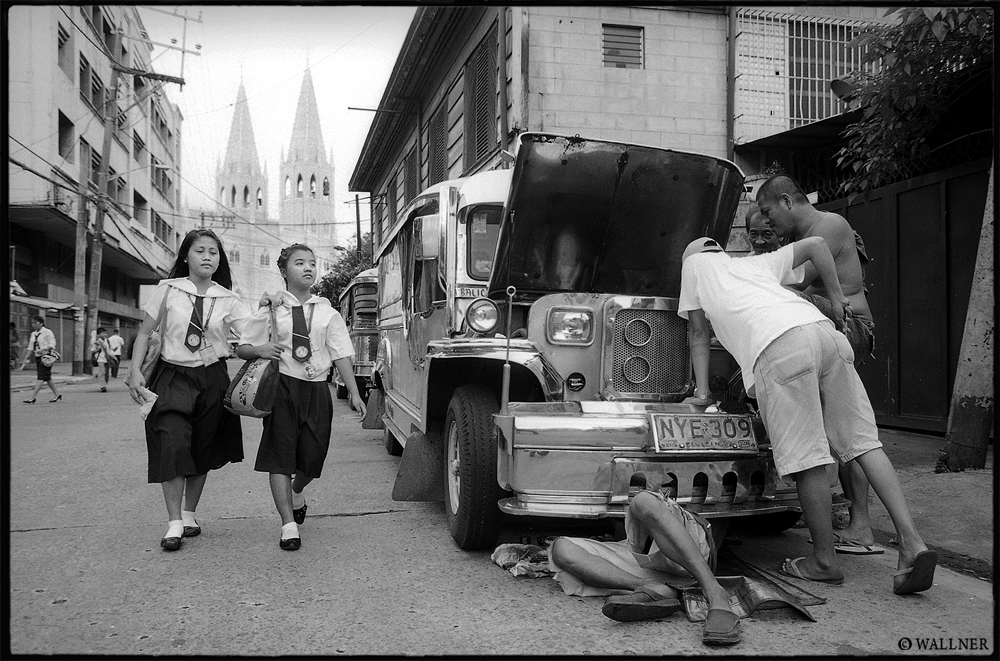 The Philippines wasn’t all to up high on the countries which I would like to visit. Being Catholic myself and raised up between two continents which are mainly revolving around Christianity, I tend to be more curious to visit countries that are more dominated by either Buddhism, Judaism, Hinduism, Shinto or Islam, just to understand the different belief systems, diversities or similarities and cultural dependence on religion within society. Knowing that the Philippines has been colonized for over four centuries by the Spanish until the Philippine Independence in 1898, the country adapted Christianity in full measures. I wasn’t intrigued because I thought it would feel like going to the west instead of the my desired eastern manifest destiny. But on the other hand I thought, wouldn’t it be interesting going to the only country in Southeast Asia which is mainly practised by a religion from the west… 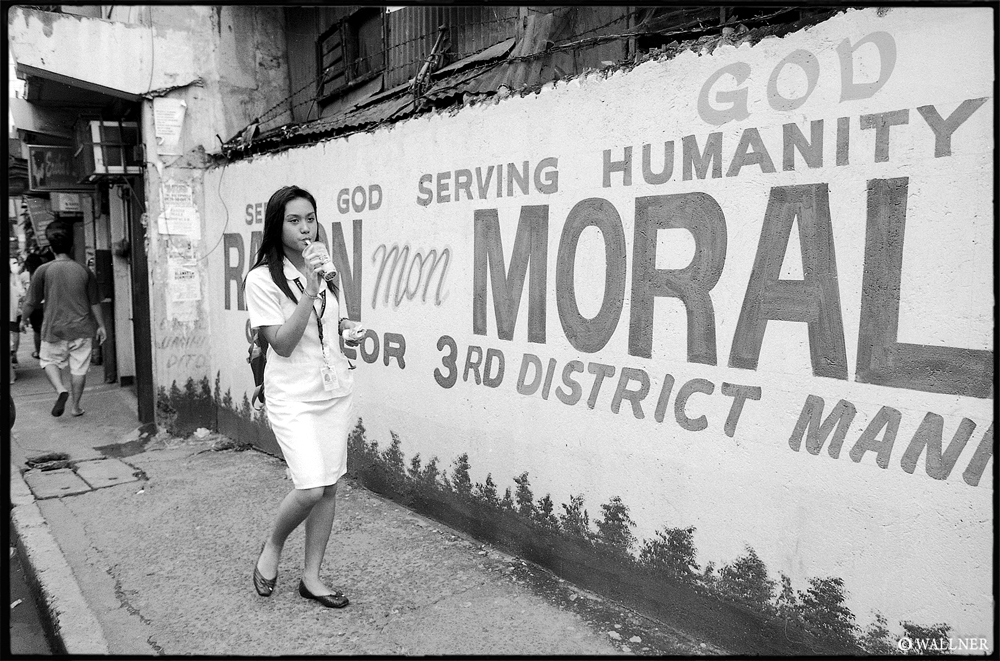 The word ‘visa‘ comes from the Latin ‘charta visa‘ which means a paper that has been seen. I guess my paper has not been seen since I have to leave the country every thirty days. Most of the times it seems to work well with my schedule and doesn’t seem to inconveniently interfere my working scheme. Sometimes it does fall on days when I should be filming, in which case I fly over to a near by country for two to three days. In this case it was Manila, the capital of the Philippines, located in the north of a country pieced together by several big island, which holds almost one hundred million people.

As much tourism that cities in Cambodia, Vietnam, Thailand, Malaysia or Indonesia get out of Southeast Asia, downtown Manila was remarkably empty and was missing the fellow Caucasian backpackers or retired grandparents which other cities seems to be overwhelmed with. From my short in Manila, I have realized that the city is divided into two, the lower & upper class. The Upper class & expatriates live a bit outside of the cities, in a safe bubble, where American type malls, stores & street corners are guarded by shotgun holding security officers. Where as the rest of the population is living in a bit more dirty and condensed environment. I went into the heart of Manila for two days in a row to work on my photography. I somehow didn’t come across one single tourist. The city did feel a bit more  sketchier than some of the other capitals in Southeast Asia, but regardless, the only people harassing me were some youngsters trying to get some bubble gum. I was really surprised to not see any other foreigners downtown, but I guess I wasn’t the only one. These two girls pictured above, asked me to fill out a questionnaire, which asked me how they could improve this square with the Quiapo Church in the background to make it more appealing for tourists. 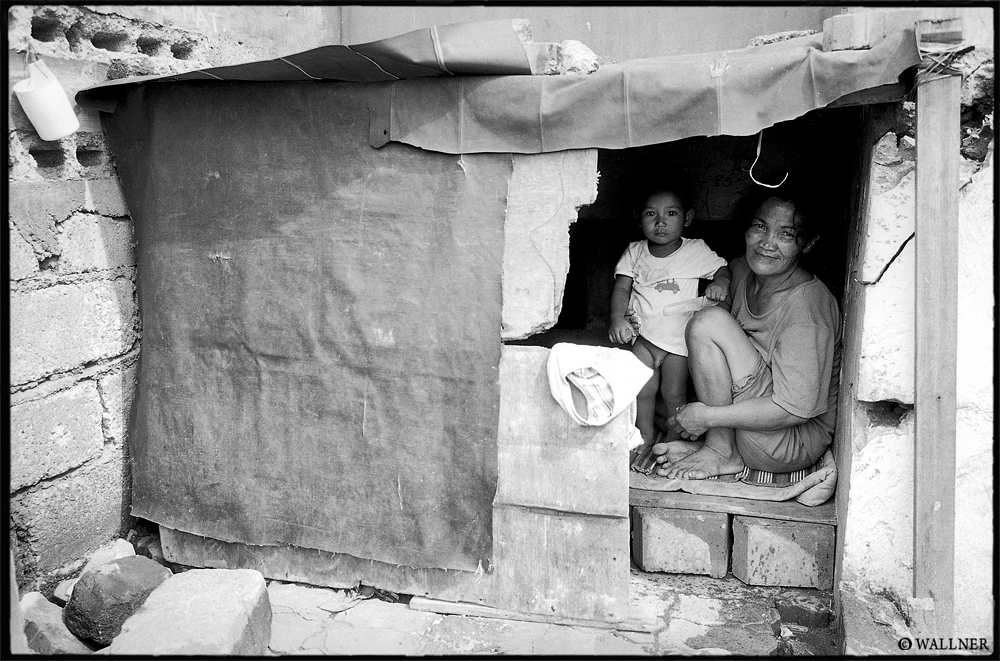 The majority of Filipinos speak English, much easier to ask for a portrait here then anywhere else in Southeast Asia.

John Paul the second used as propaganda for the RH Bill which guarantee universal access to methods and information on birth control and maternal care. 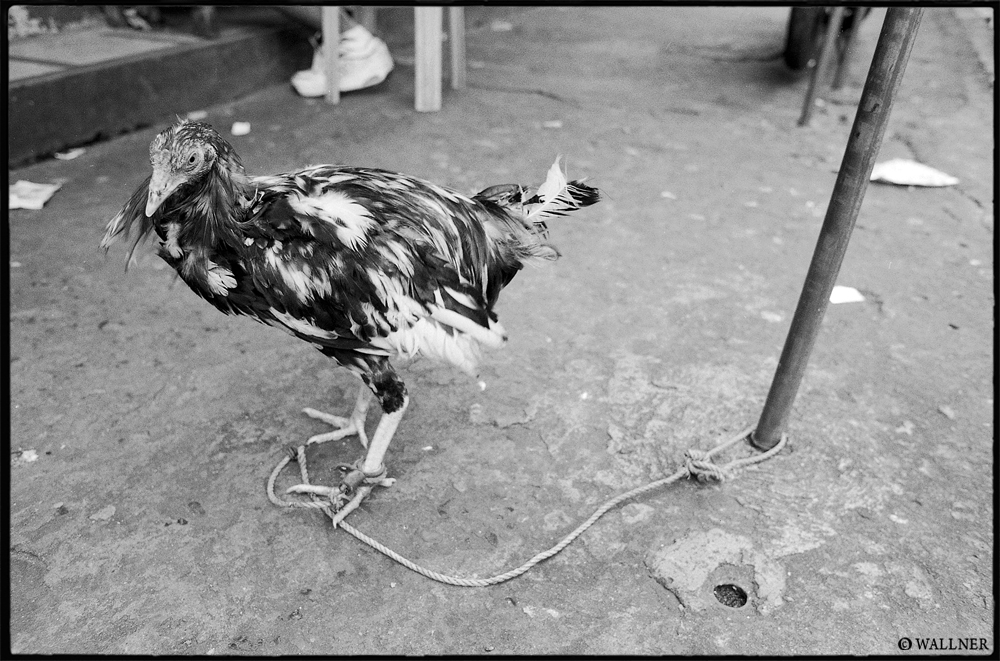 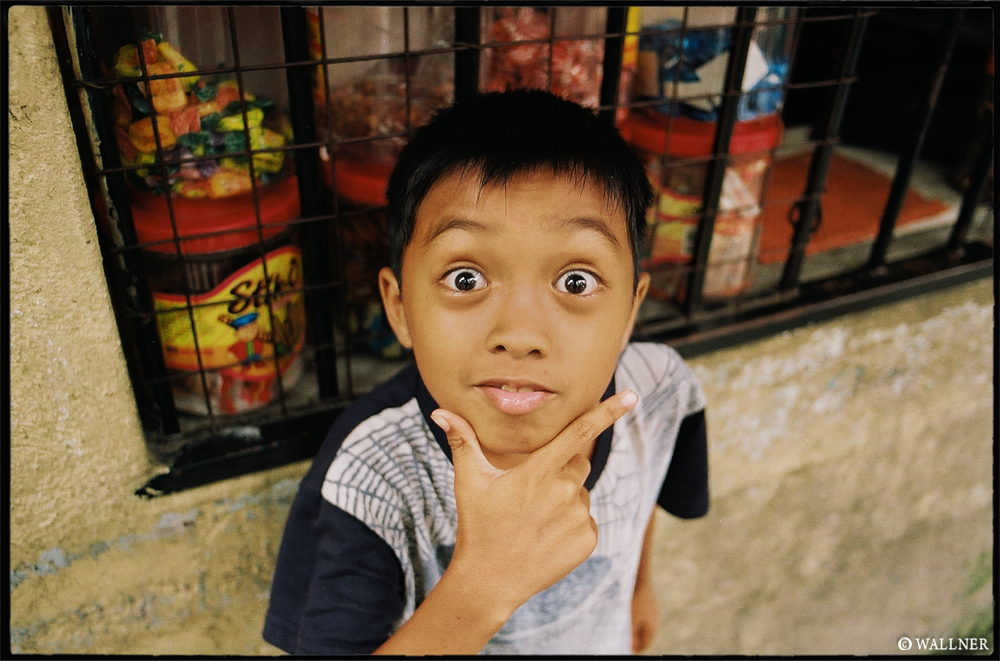 Kids get disappointed on Analog. They usually do such a good job posing and giving me some different angles and time to set up a quick portrait, but once they realize that they won’t be able to see the final result on a small LCD screen on the back of the camera, they get all mad and just leave.. 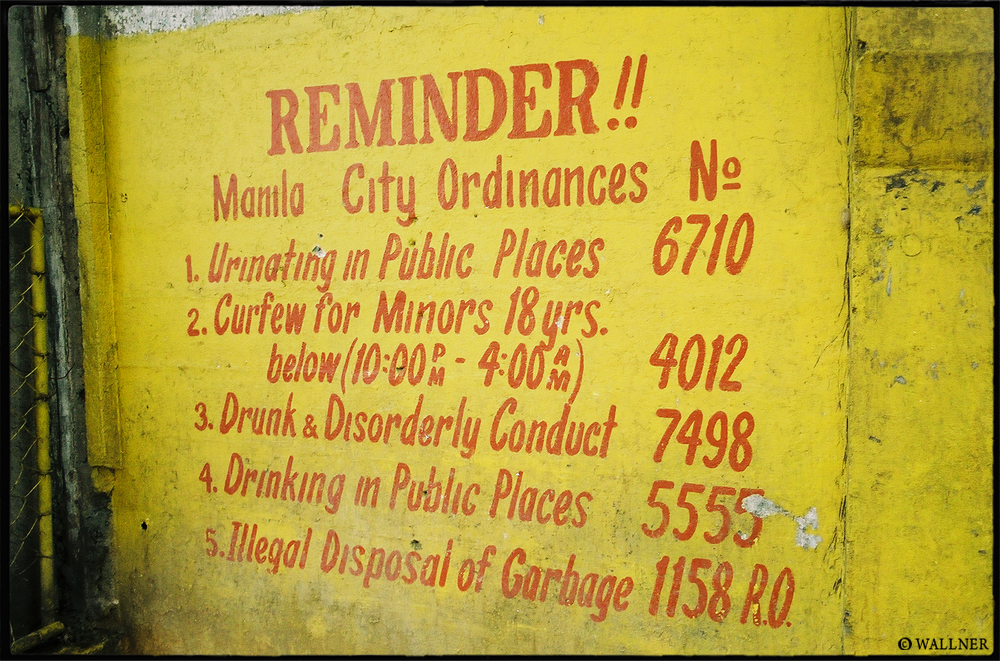 Even though Josh Sternlicht and I are both film-makers and have lived in New York for a decent part of our lives, we both just got to know each other recently in Bangkok, because of a mutual friendship with Kenny Reed. Josh has documented some amazing stories, such as the last living years of South African musician Syd Kitchen which will be releasing soon in Film Festivals in Africa and Asia. Josh has been working in the film industry for the past decade, but now found an opportunity in Manila to teach film-introduction at a International High School. He invited me over to stay at his place in Fort Bonifaso and made me feel like at home for the two days while I was there. Mucho Gracias for the warm welcome and good luck in the Philippines, and I’ll see you soon! 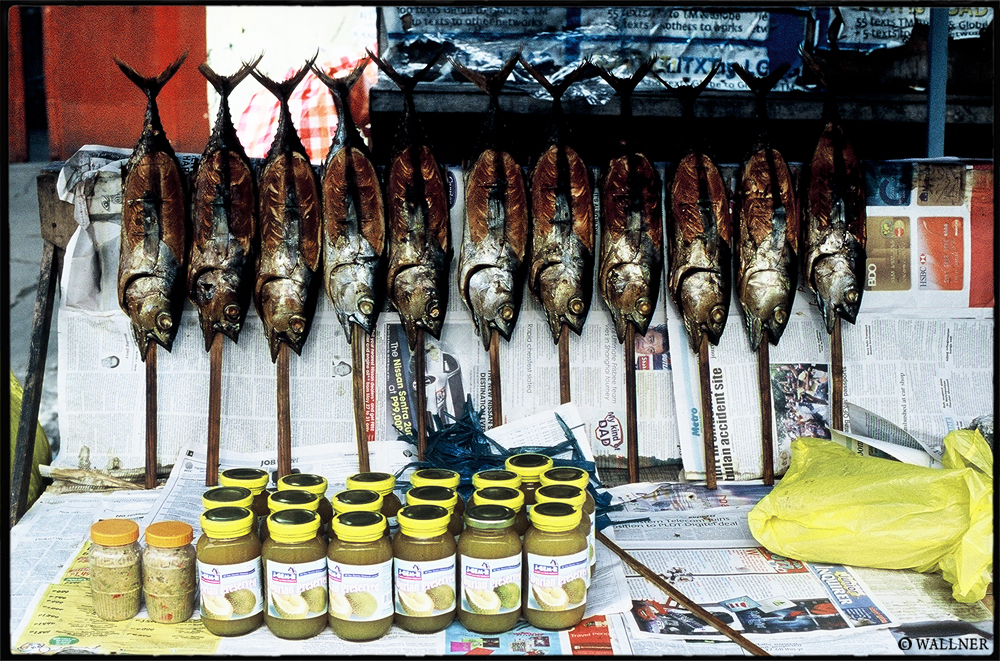 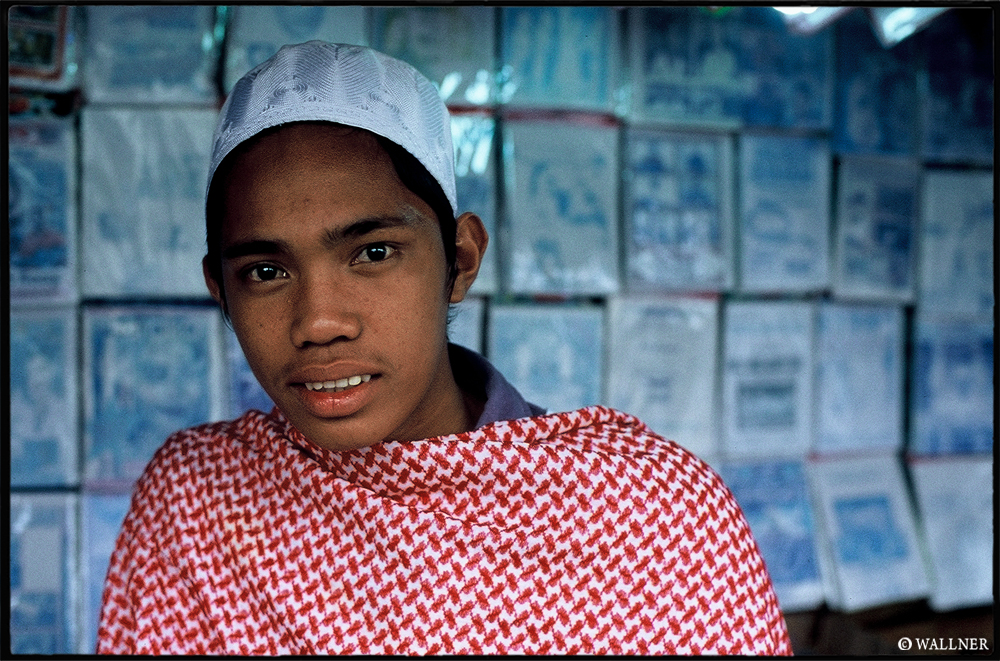 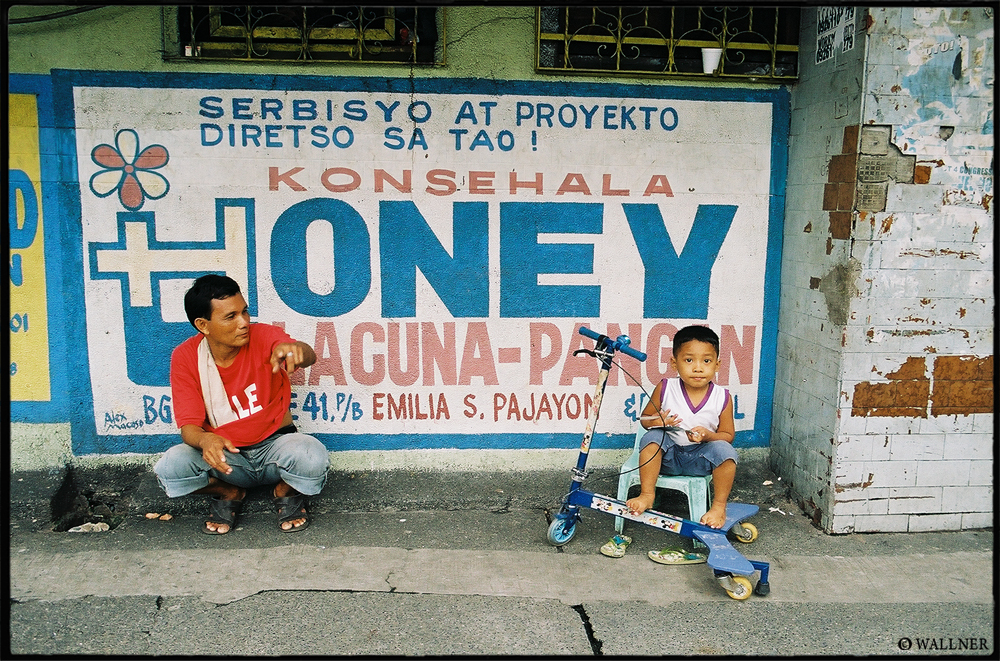 One of the outstanding features of Manila is it’s transportation. Riding the Rickshaw is known through out the world, but getting into a Jeepney is something that is quite unusual, visually unique and vividly contrary from other forms of public transportation. The long jeep-like vehicle acts as a mini bus which can hold up to twenty people. Each bus has a different decoration and has messages from the Bible or famous American terms or images from the west with a Filipino touch to it. 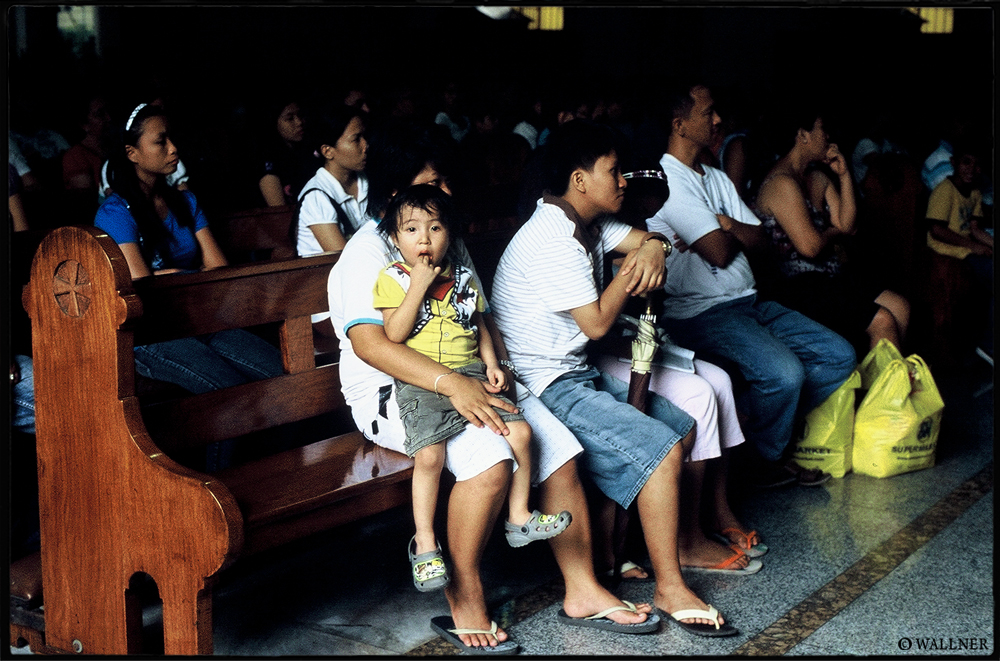 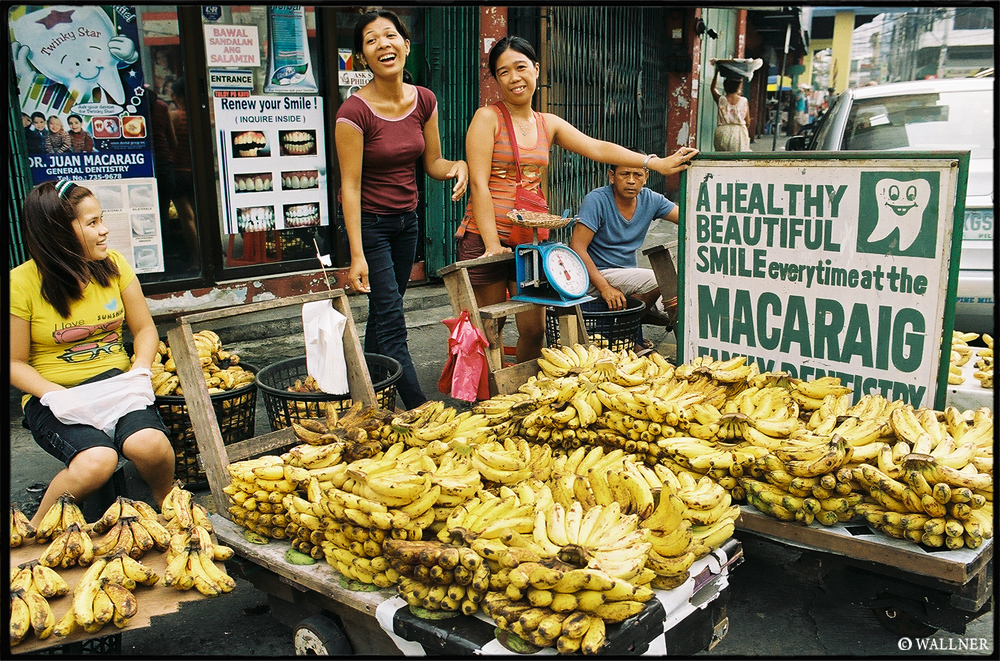 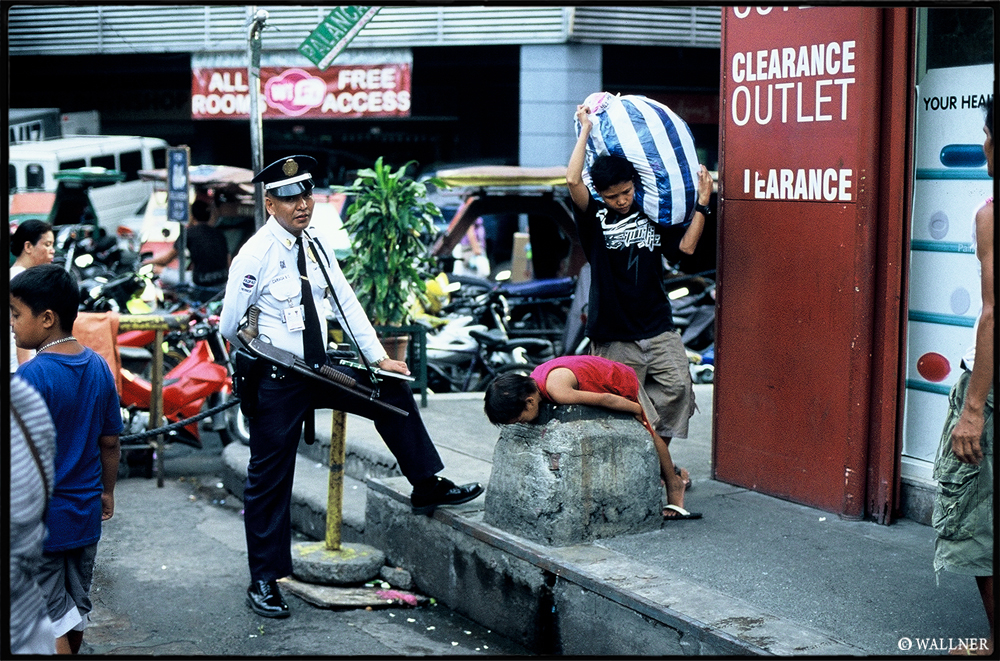 ‘The shot’ happened to be a head shot.