Sold my bike for 4 million dongs

End of January to early February 2012 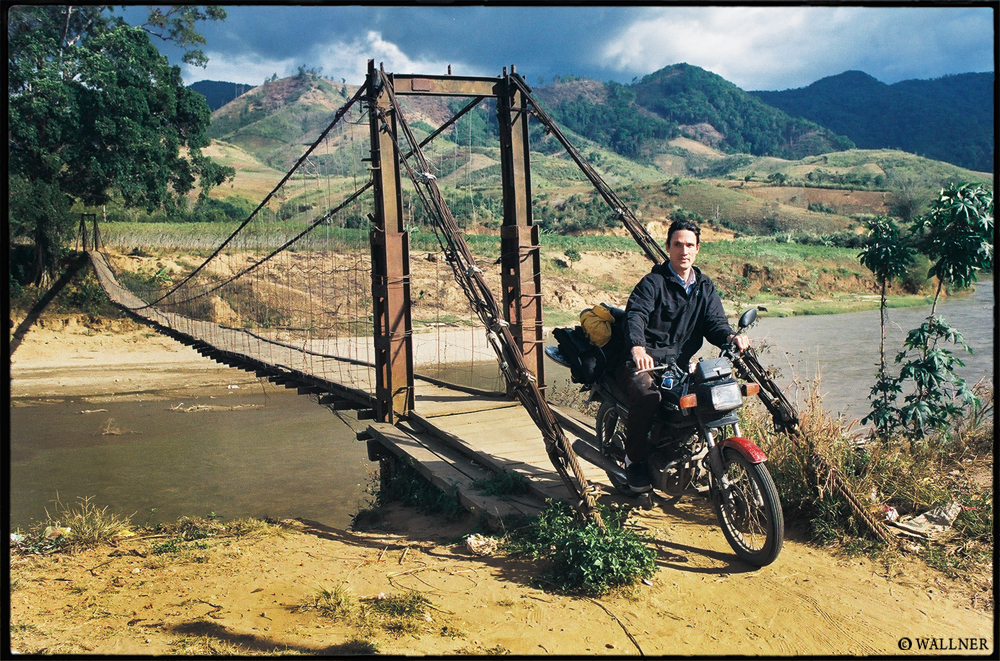 Vietnam is undoubtedly one of the most beautiful countries that I have ever laid eyes on. Crossing the country from north to south is the most ideal way to acknowledge the exquisiteness. Joey Pepper’s father comes from Vietnam, which meant that Joey had the opportunity to acquaint himself with his family roots. Besides leading the way, Joey crossed sketchy wooden bridges to test his luck of living or dying. 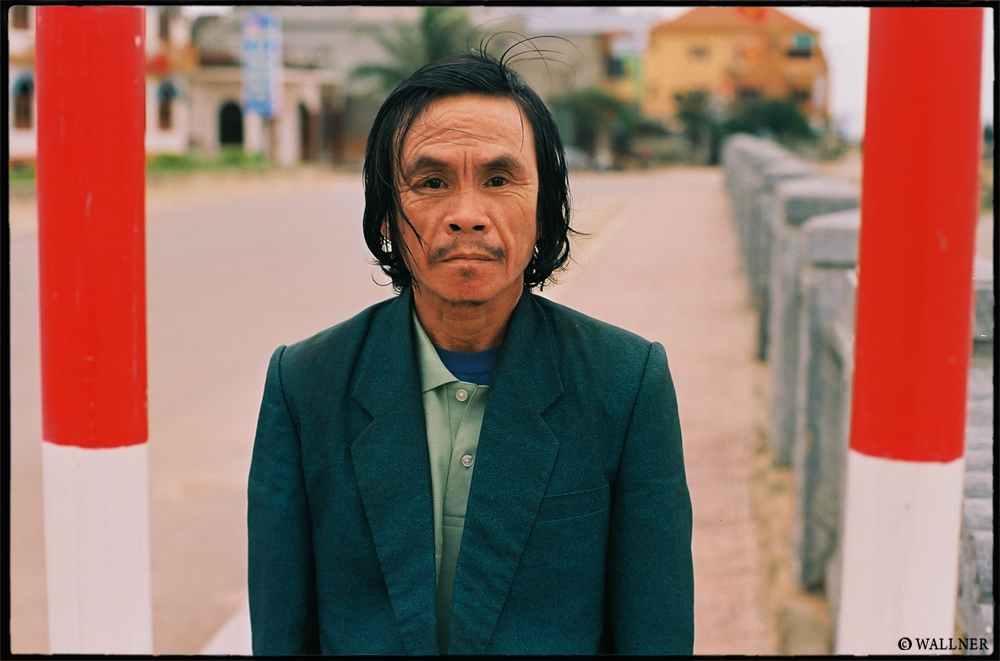 We reached Dong Hoi after two days on the road confronted with unbearable circumstances, accidents and the desire to finally push a board instead of pushing the breaks or shifting gears.

The breath was taken. 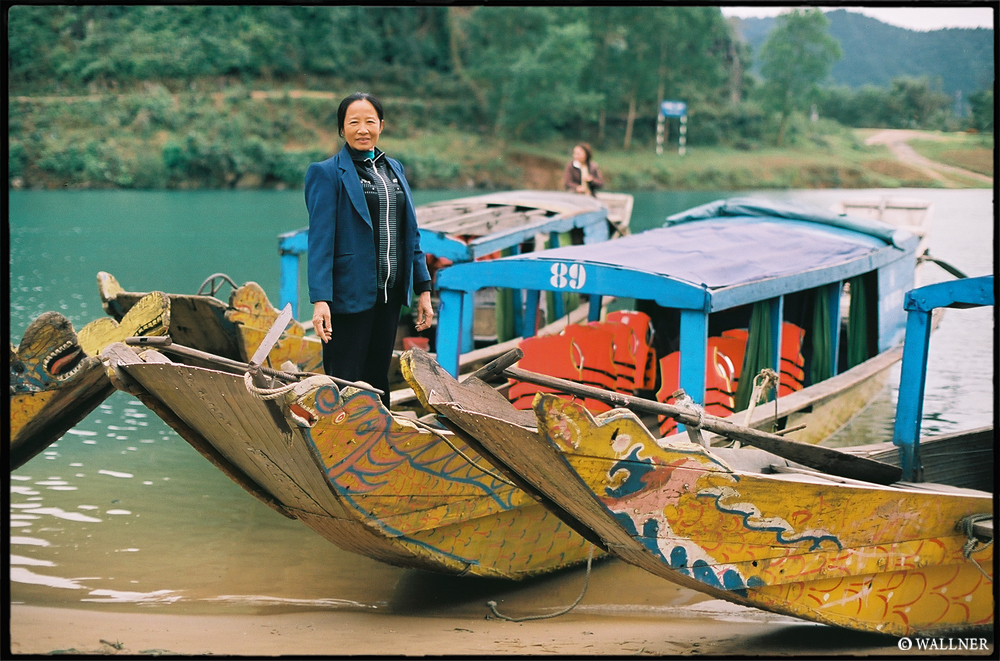 One out of five people in the world (a bit over one billion) live on less than one US dollar per day. 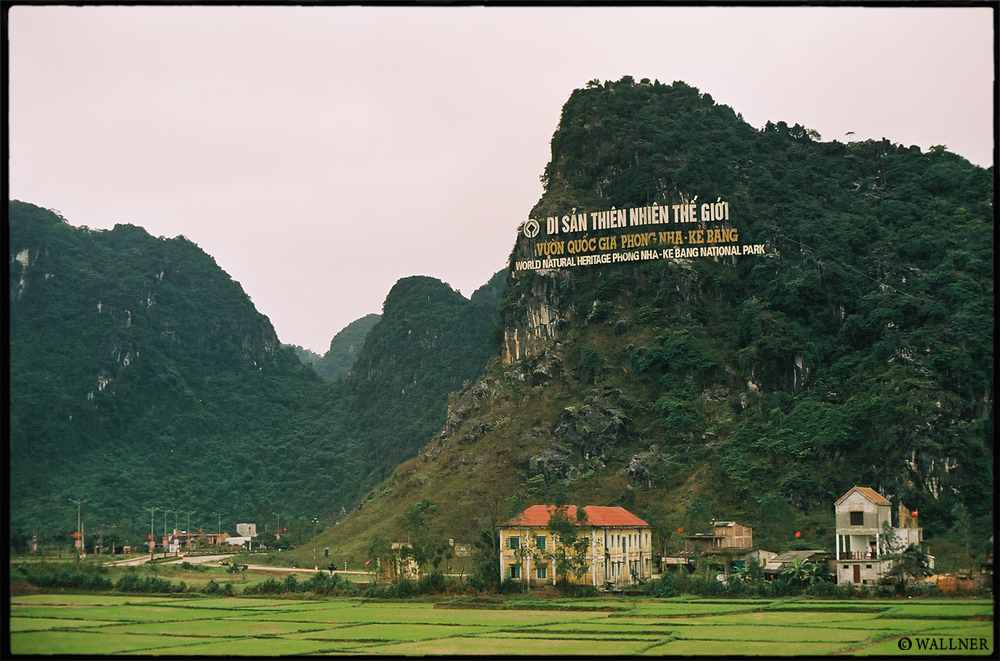 Ke Bang National Park contained the world largest cave which was just discovered back in 2009 by British scientists. A local Vietnamese jungle dweller discovered the cave in 1991 but was scared away by the whistling sound created by an underground river. As much as I am not a big fan of caves, we had to check this one out. 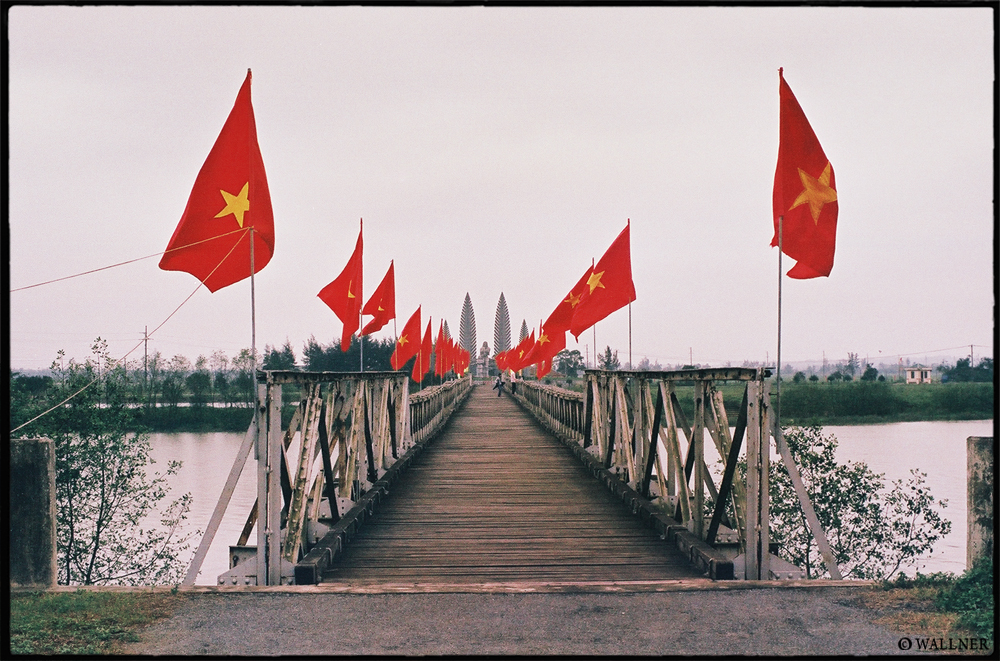 The Ben Hai river separates north from south Vietnam. It was a pretty surreal experience crossing the 17th parallel where the Vietnamese Demilitarized Zone was located. I have been to a couple DMZ’s and this one felt pretty relaxed and almost molded into history. As significant as it was over a half a century ago, this obscure monument in the middle of nowhere is now completely devoid of tourists lining up or soldiers pointing machine guns at each other like the present day 38th parallel of the Korean peninsula.

This Vietnamese child got to witness Javier Mendizabel from the Basque country doing some risky ollies into a quite dirty and somewhat wet gap to bank next to the most crowded and dangerous highway of Vietnam, the A1.

The sign above says ‘Lets stop it’, referring of course the heroin consumption which was one of the many big problems (also smoking opium) during the Vietnamese War. Click here for a collage of Propaganda Posters that you would see when traversing the country, some are harmless and mere suggestions, whereas some are rather more commanding. 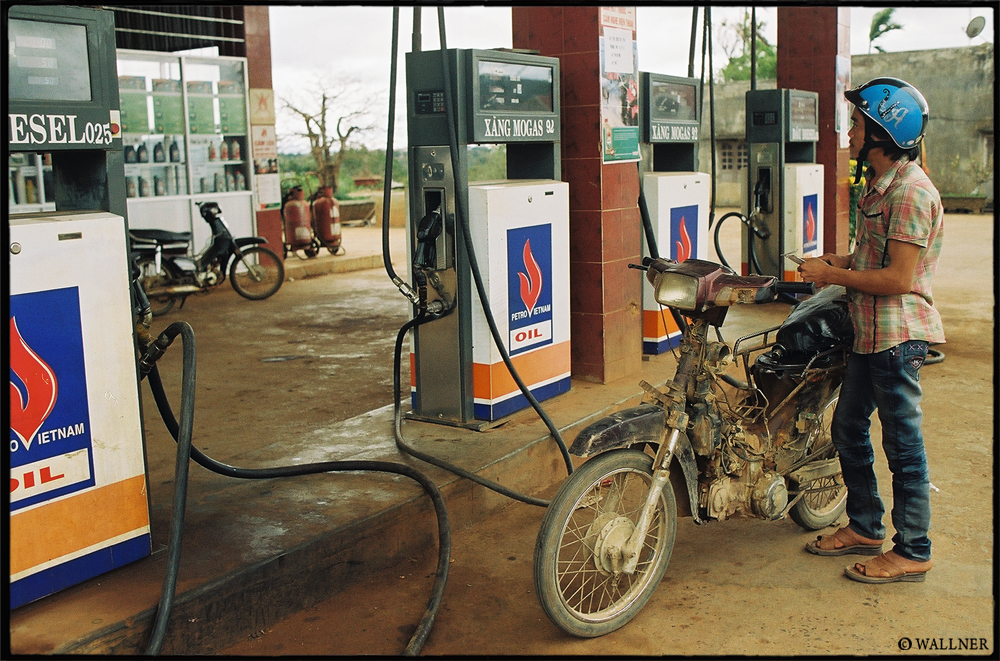 This bike is probably worth around 30 USD best case scenario. Michael Mackrodt’s motorcycle had some serious problems which kept him stuck at various repair shops in random places in Vietnam. He would have seriously been better of with the bike pictured above. As funny as this may sound to you, I am not joking. 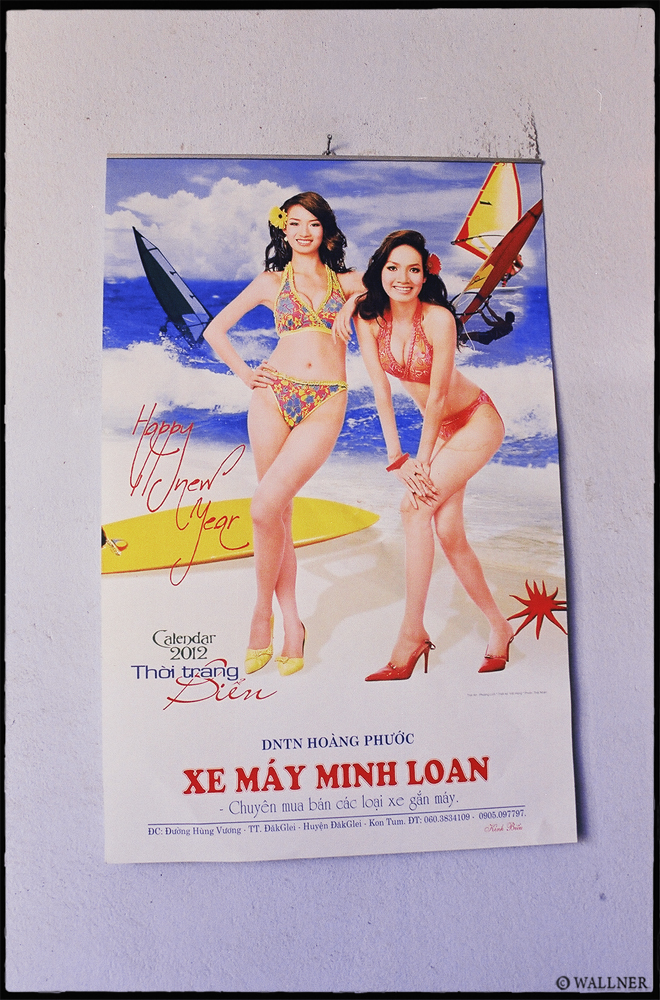 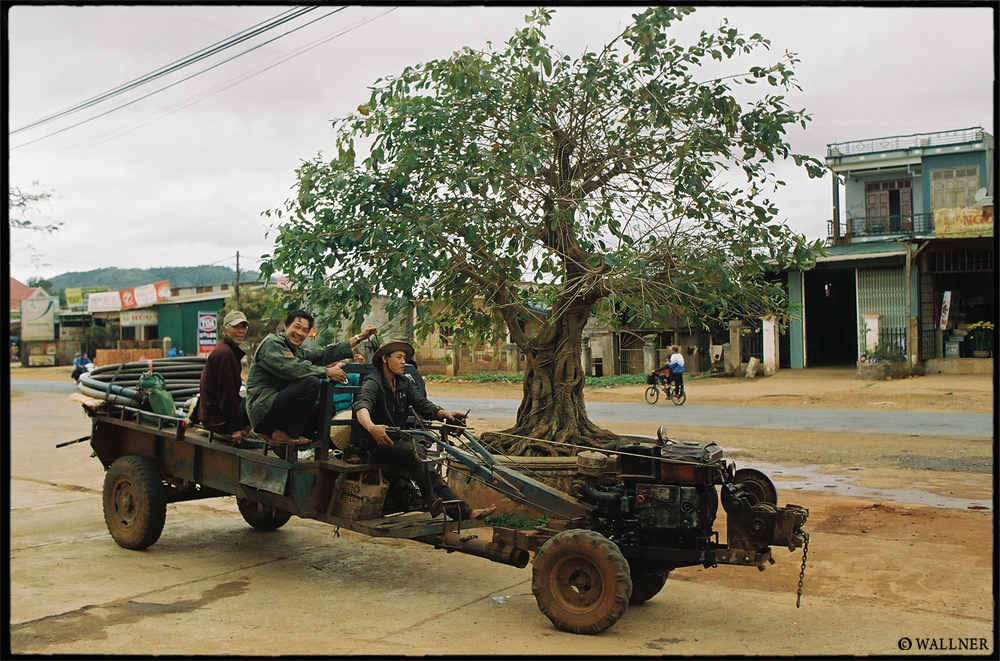 We had no idea what to call these devices, so Mehring came up with the name ‘Electric Water Buffaloes’.

Seeing this girl walk home from school reminded me a bit of Kim Phuc, the young girl that was running away from the napalm strike near Trang Bang on Eight of June 1972 (Pulitzer Prize winner photograph). Its just so nice to see that the kids now growing up in Vietnam can enjoy their youth and not worry about chemicals being dropped from the sky. 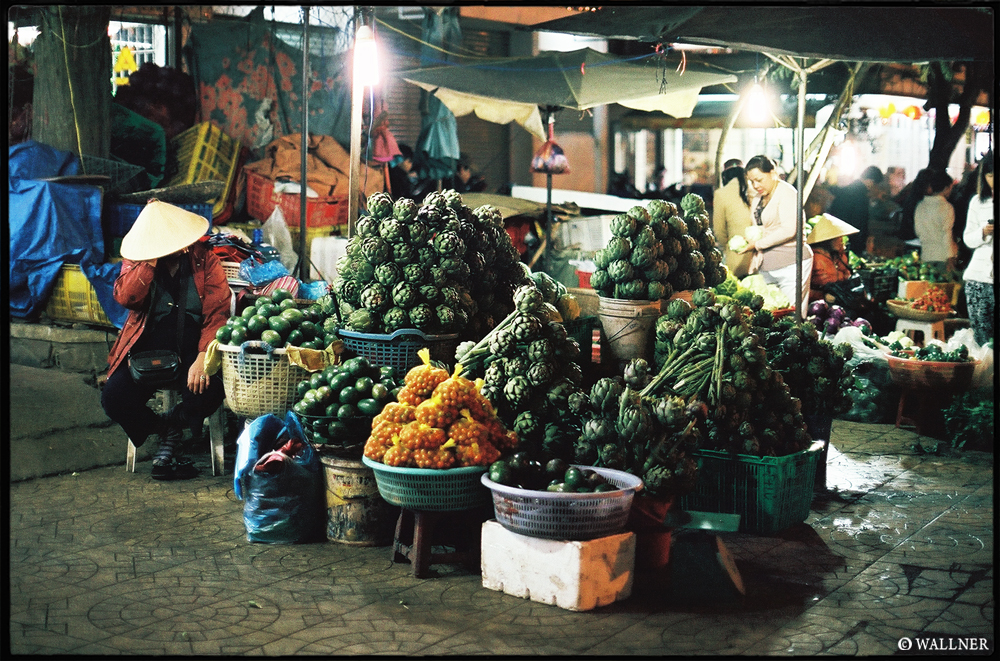 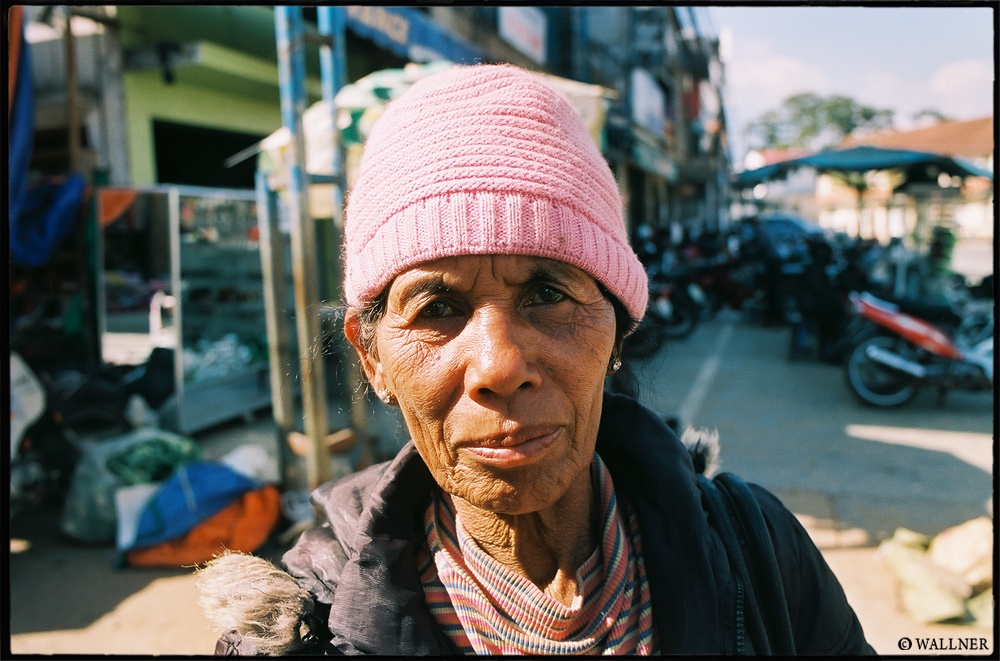 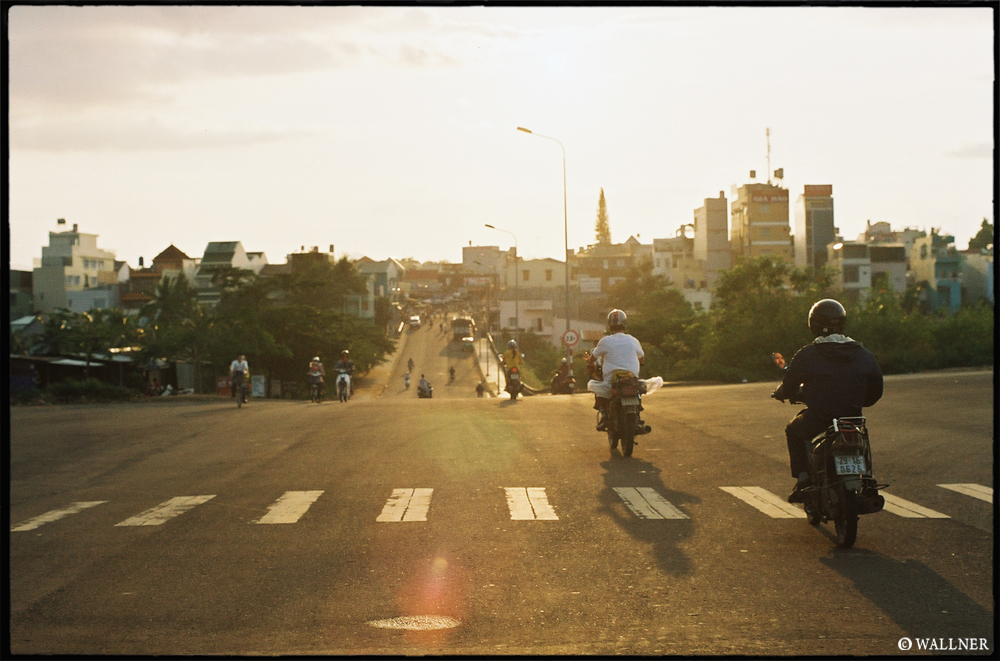 Most of our days on this trip consisted of waking up at 6AM, packing our bags, assembling them on the bikes, eating a bowl of Pho or a Bahn Mi, then driving for around 11 hours to the next city, avoiding death and hoping to arrive before sunset.

Water falling is a sensation. 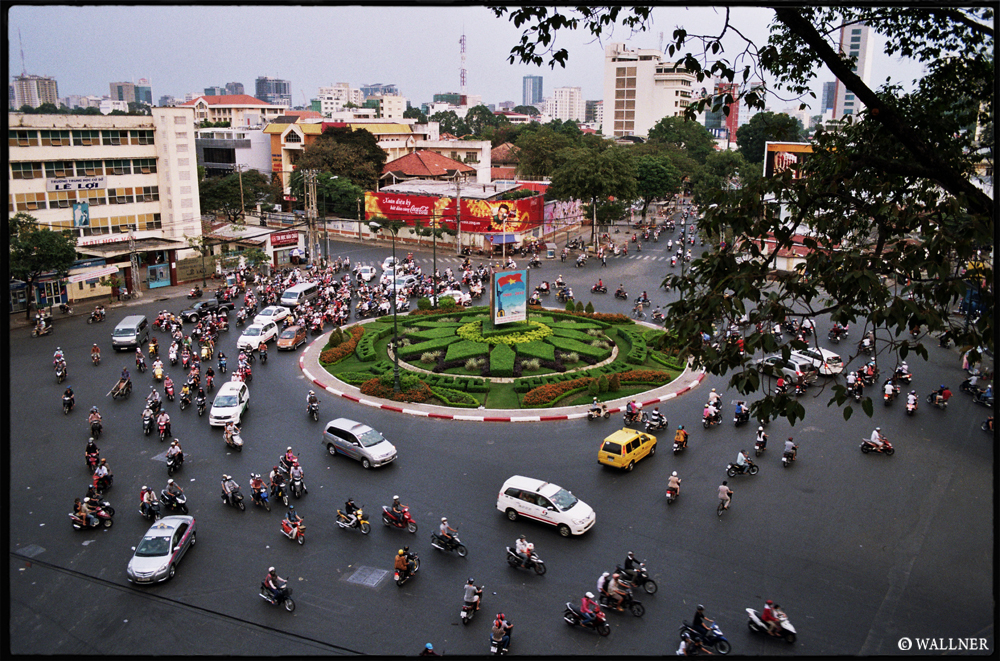 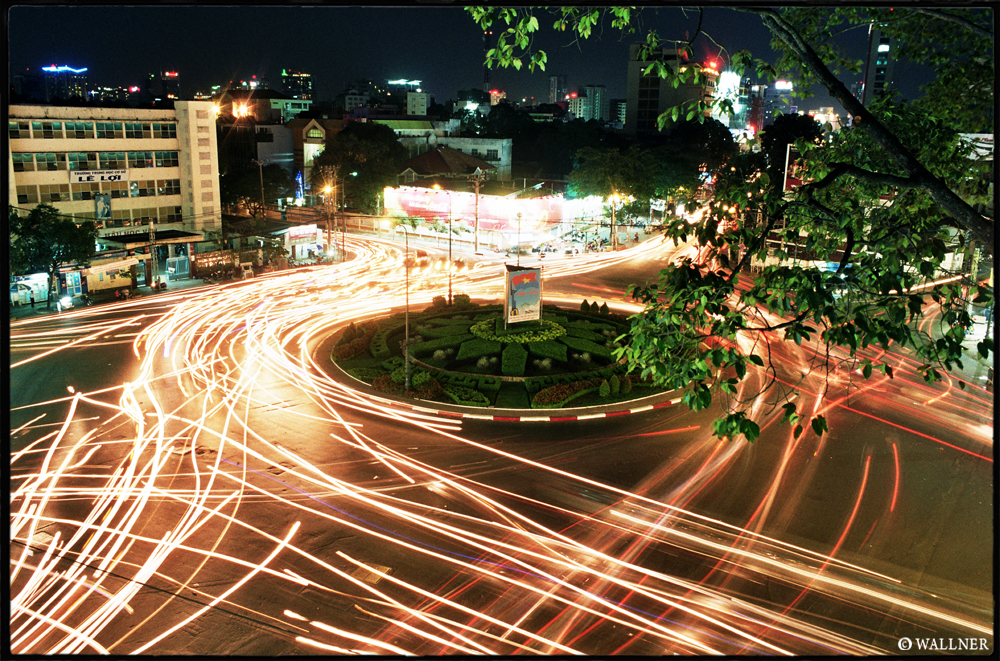 … time to sell the bike for four million dongs to an Italian tourist in red pants through Craiglist and fly to Thailand. 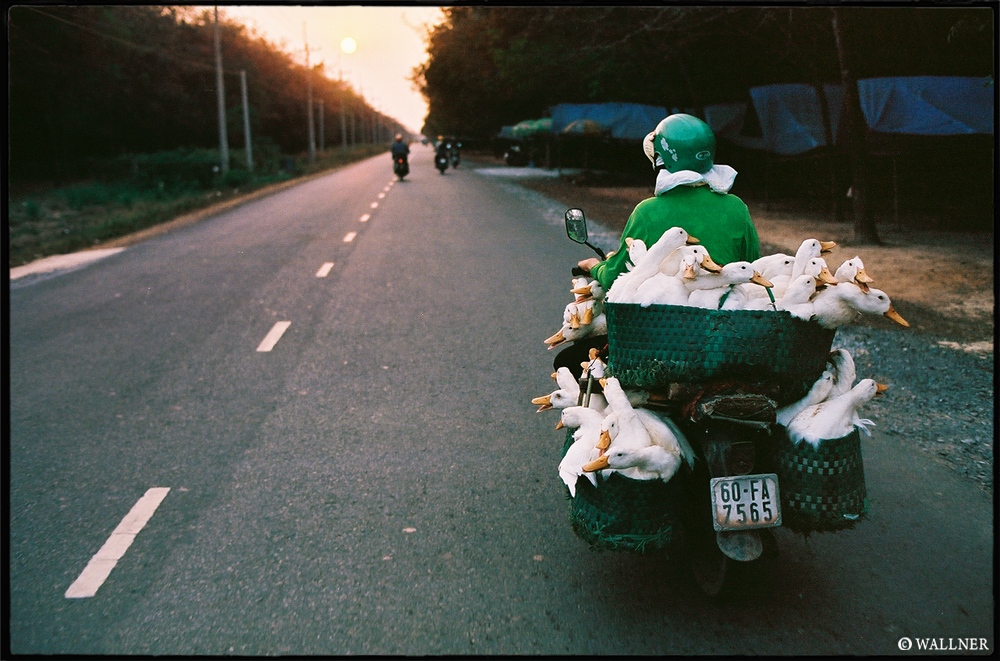 Mid July 2012 is the planned release date for the web episode on the Skateboarder Website for this motorcycle odyssey through Vietnam. Stay tuned.