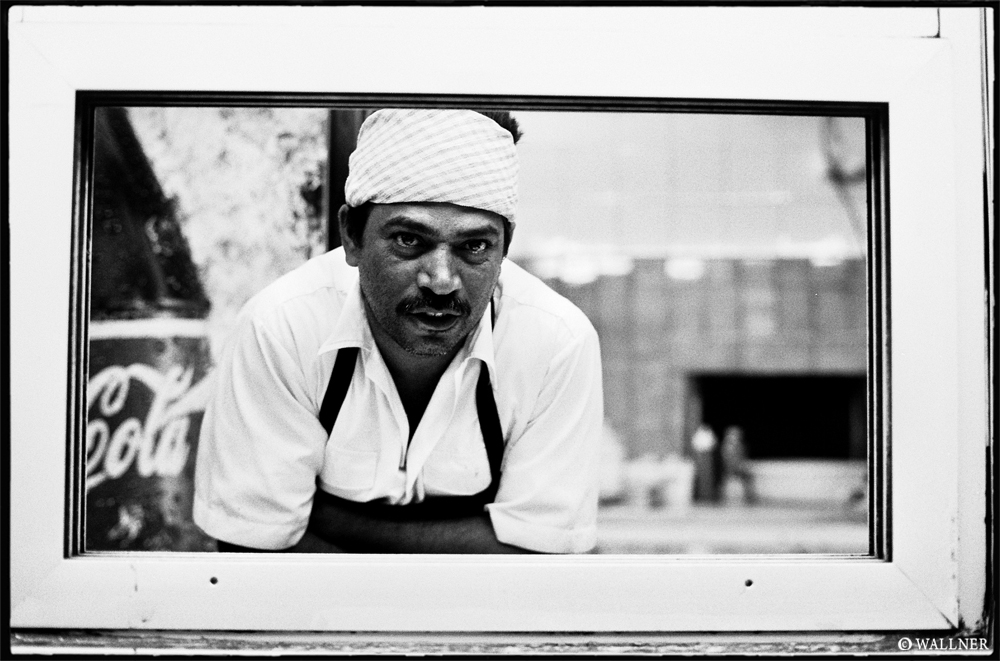 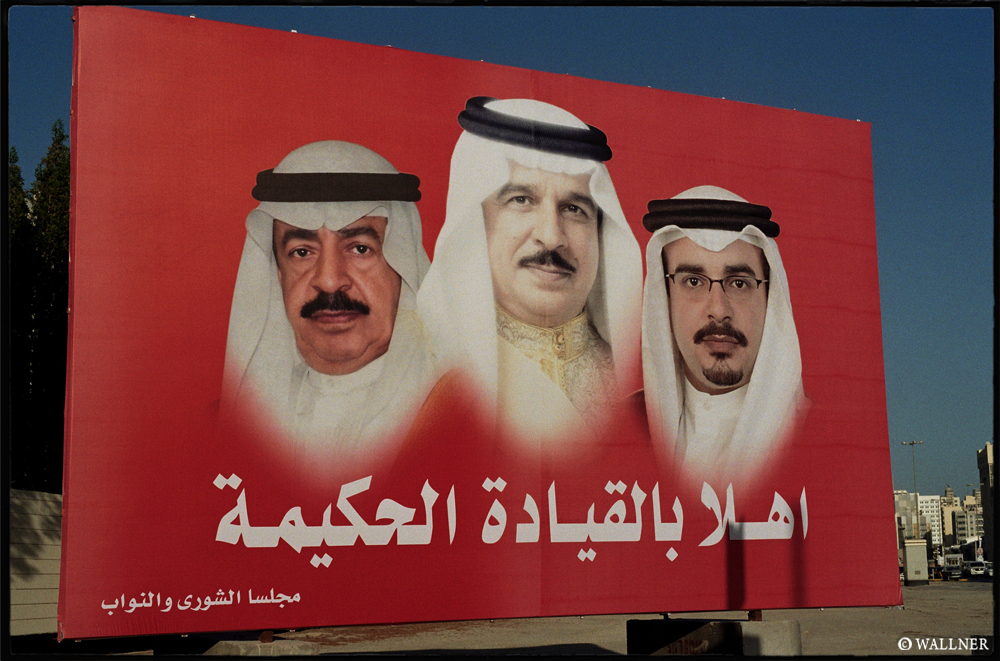 His Majesty King Hamad bin Isa Al Khalifa (middle), with prime minister Khalifa bin Salman Al Khalifa (left) and the crown prince Salman bin Hamad bin Isa Al Khalifa (right) can be seen throughout the tiny Kingdom of Bahrain. Bahrain being the third smallest country in Asia, floats on the Persian Gulf with Saudi Arabia and Qatar not all too far distanced. Since my interest of the Middle East is slowly awakening, I was pretty lucky to able arrange a short layover in the Kingdom, to talk to some locals, visit the sights and scoop out some skate-spots in case I decide to plan a journey through the Gulf sometime in the near future. 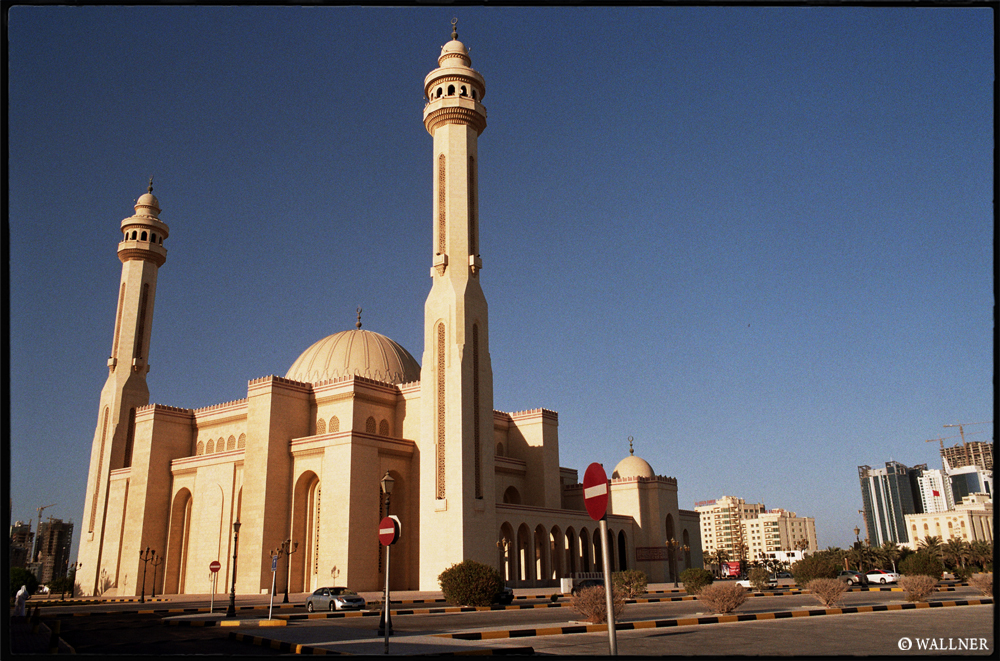 The majority of Bahrainis are Shia Islamic, while the government is led by the Sunni royal family. During the Arab Spring, the Shia protesters faced a crushed revolution. While Morocco, Egypt, Libya and other nations were able to achieve some kind of a change within their regime, Bahrain still stays the same, with many protesters dead or arrested. I wanted to hear what taxi drivers & locals had to say about the crushed revolution but all conversations got rerouted to discussions about religion and why nations such as America don’t understand that places such as Bahrain and other Islamic countries are miss understood by the western media. 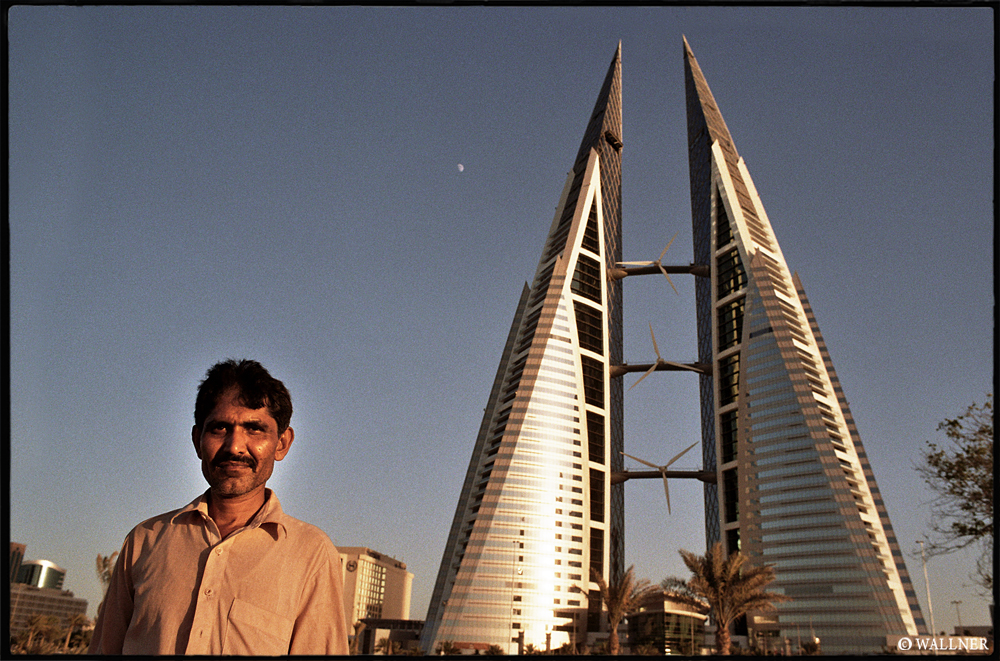 Just recently emerged, the World Trade Center of Bahrain stands tall with 50 floors and wind turbines making it the only skyscraper in the world incorporating energy through wind into its architecture. 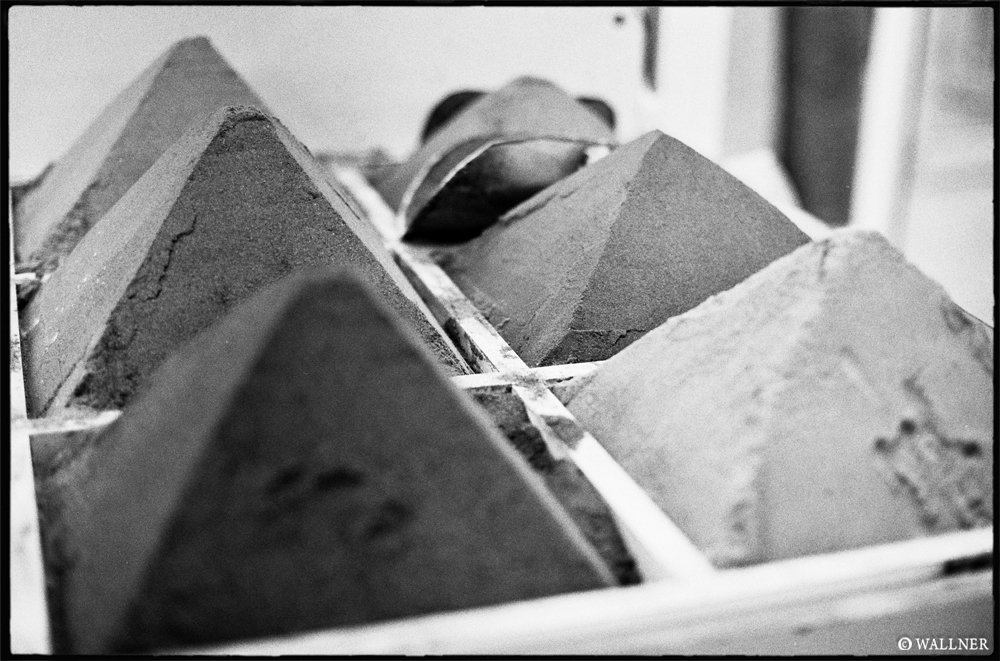 As much as I travel, I find myself to be such an idiot at times. While I was scrolling through Manama, taking photos, trying local dishes and buying souvenir, I thought it would be nice to buy a couple of Shia political posters along the way portraying three past ayatollahs of Iran, with Khomeini in the center. Since the posters were larger than my luggage, I carried them by hand through airport immigration and customs at the Manama airport. I had no idea at that time that if I would have been caught with these images on Sunni grounds, I could have faced possible jail time. My friend Derek Flood who is a freelance journalist specialized in the Middle East told me later that I was lucky that I didn’t get searched. I have to stop buying posters, they just cause trouble, just like I faced exiting North Korea. 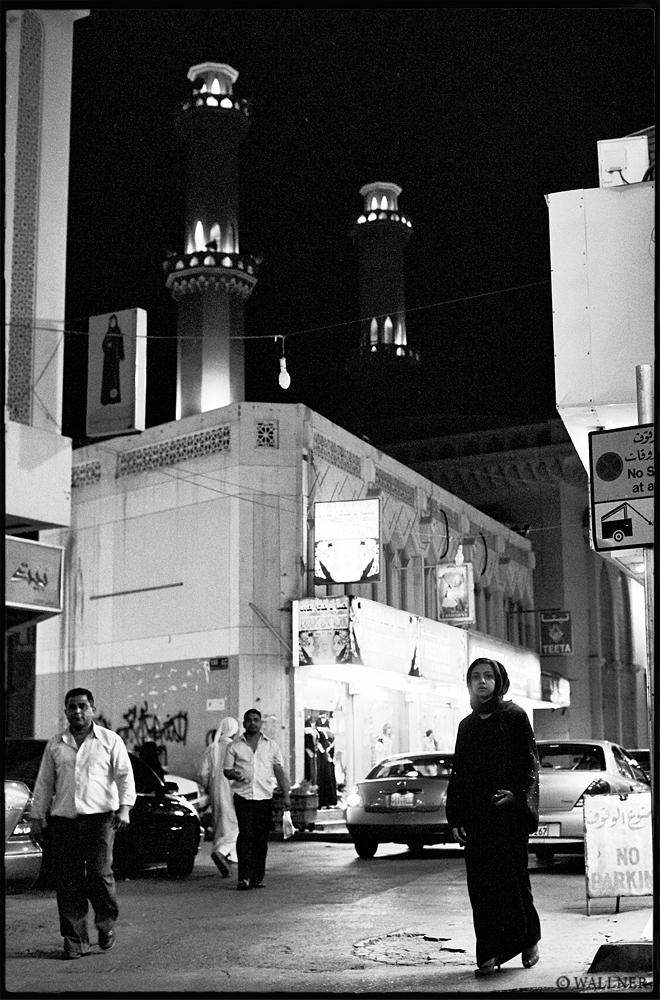 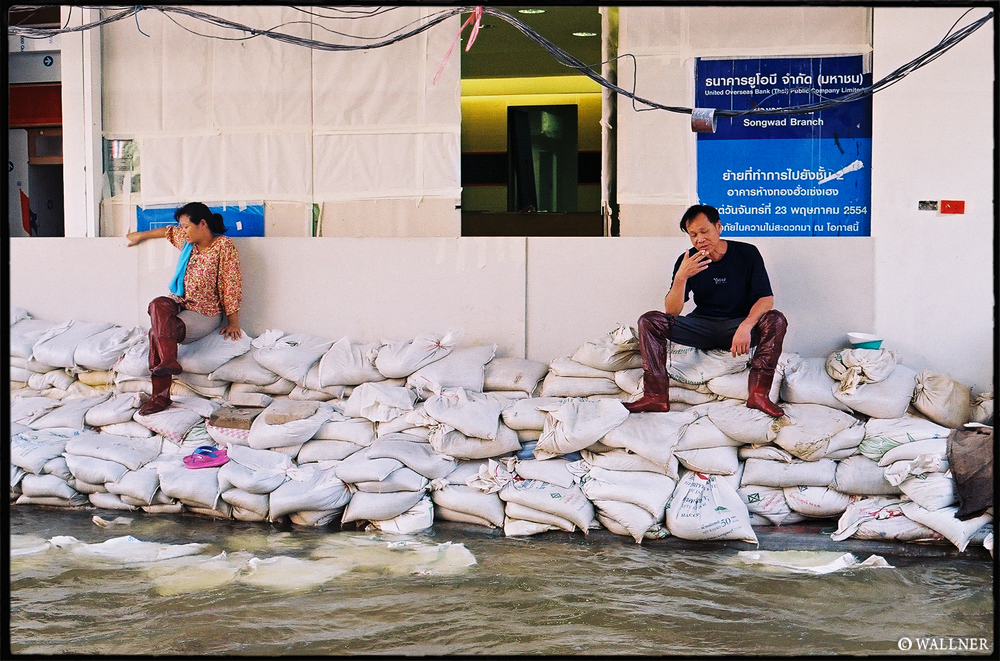 Thailand hasn’t had much luck the past two years. From the red shirt protests of 2010, to Yingluck Shinawatra winning the elections in July, to the floods streaming through Ayuttaya and Bangkok in October and November 2011. 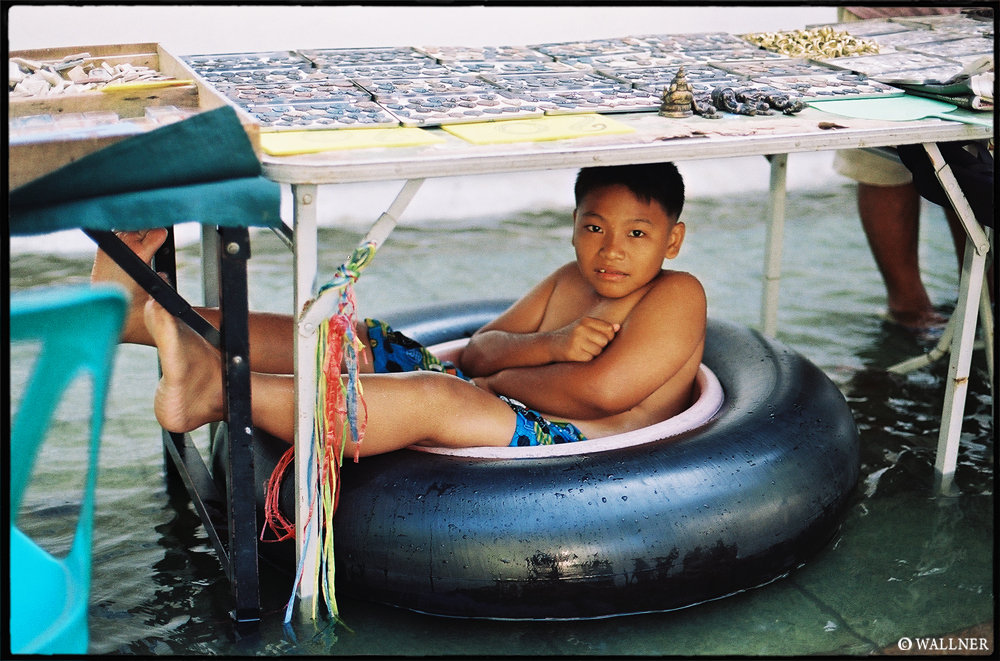 While the parents might have lost property, had the entire house fill up to a half a meter of water, the kids seemed to see the bright side of the flood, which involved tubing through the chaotic streets of Bangkok, which from one day to another simply decreased to swimmers and boats eliminating cars, trucks, buses and other motor vehicles. 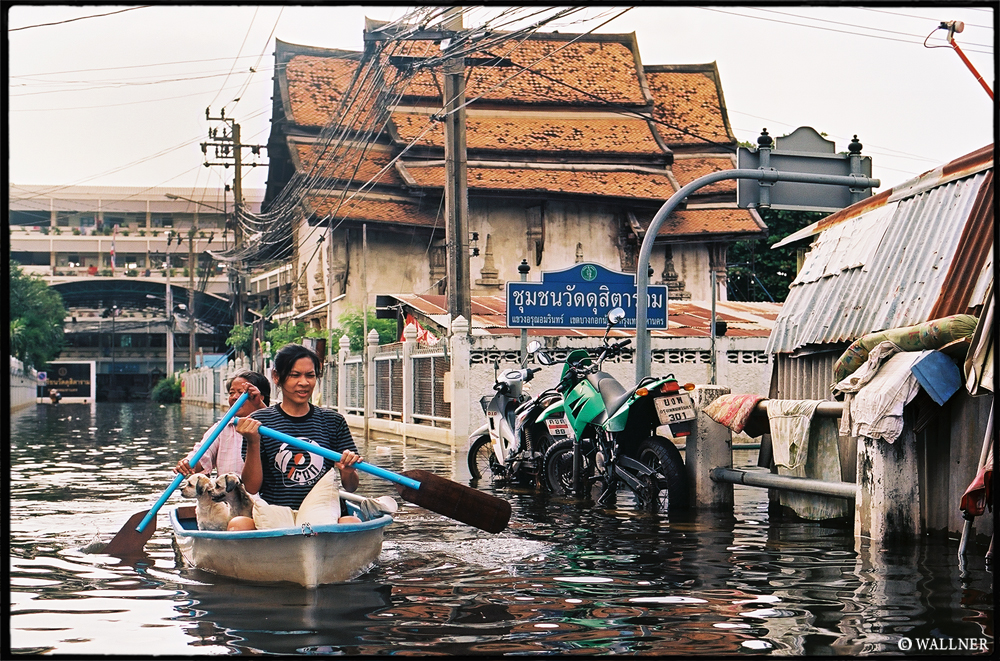 Tanya upset by the floods on the street by her formal University. 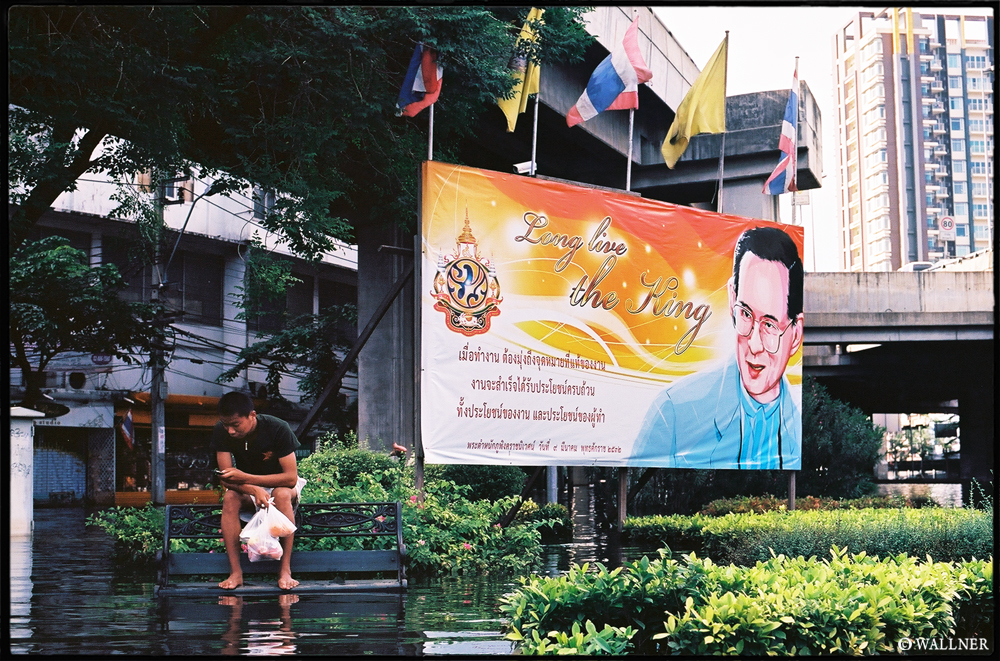 Throughout Bangkok the flood has reached different heights in the various suburbs and districts. While the financial center was blocked off from the flood, the areas by the river and northeastern were hit very hard with up to two meters of water, which by then didn’t just consist of water, but sewage, dirt, trash, mud and various animals such as alligators which escaped a zoo. 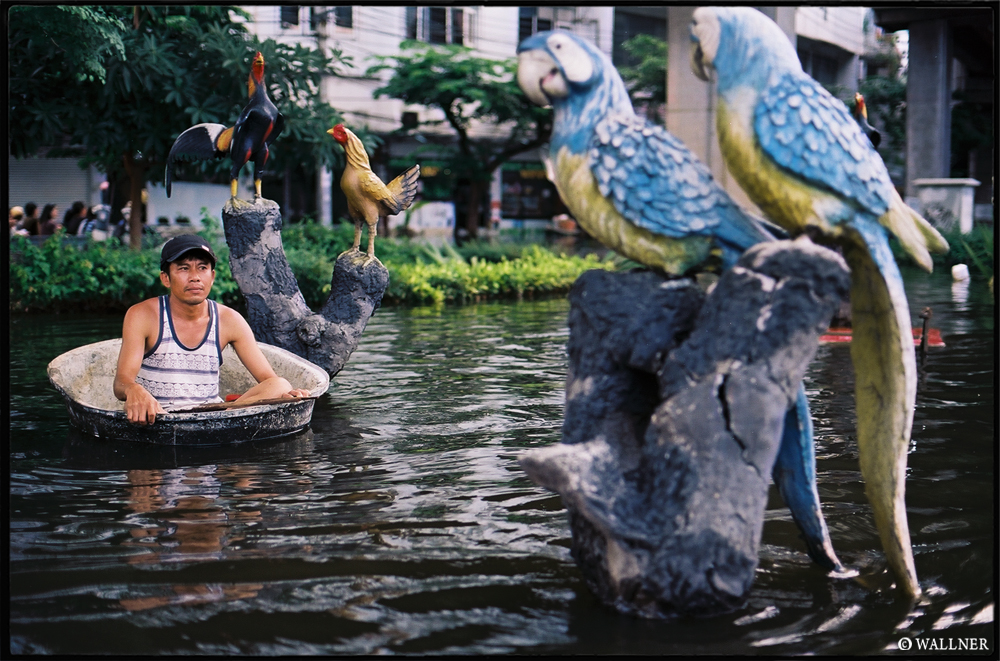 Animals with wings were the winners in this scenario.

When I flew back to Thailand, the Preduce office was still safe from getting flooded. But just a couple kilometers southwest, the flood has reached up to a seventy to a hundred centimeters. I didn’t quite feel like going for a swim since my analog camera equipment doesn’t react chemically all too well with water molecules. I packed everything in plastic and set myself a goal to walk around a kilometer in the flood and capture some shots. All I told myself is that I don’t want to go any deeper than my hips, since the water contained a bunch of dirty particles which I wouldn’t want to get in touch with my wiener nor want enter my asshole. Obviously that was hard to avoid when you can’t tell how deep the water actually is. I had the water up to my nipples at the end of the walk.

This wide intersection with a highway on top on might possibly have around a half a million vehicles pass by on an average day (no factual backing on that one). It was quite transmundane to see boats pass by with utterly silence. 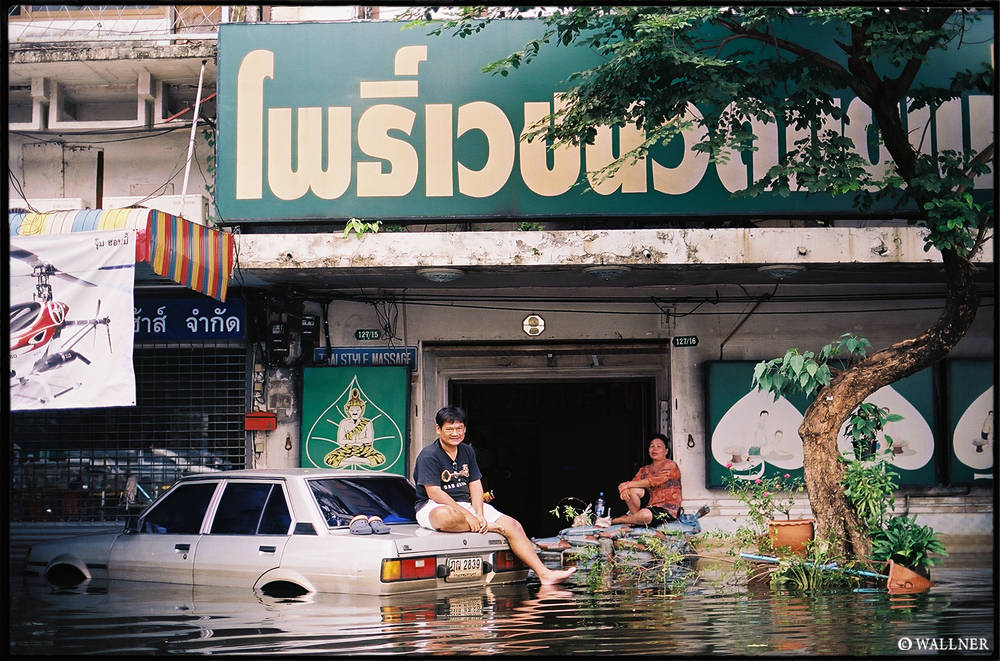 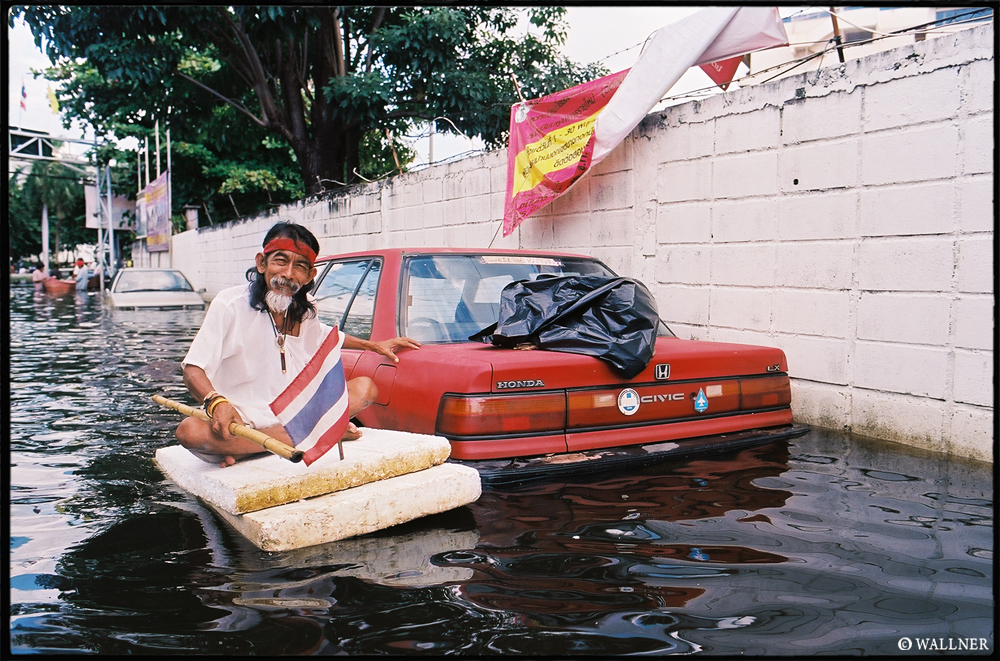 I must admit, as much trouble & pain the floods might have caused in Thailand, it is hard to upset a Thai individual. The sight of a falang (foreigner) all dirty & armpit deep in the contaminated water seemed to erect a tiny smile in most people faces that I came across on my floody photo-walk.