Having to urinate on Guanyin

Mid November to end of December 2011 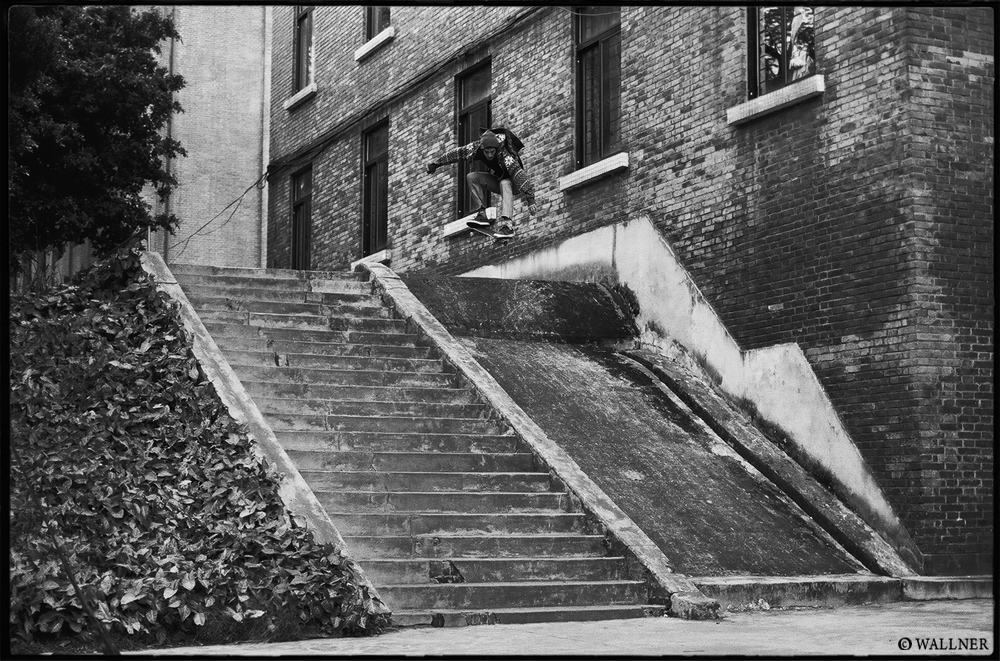 I wasn’t quite sure at the time if Michael should come over to China to film a ‘fishing lines‘ because I had a bunch of deadlines intersecting early December. After reviewing the past ‘fishing lines‘ (New York and Bangkok) it looks like a lot of work, which it is, but in a short period of time. Michael would literally get two lines per day within either five tries to 3/4 of an hour, which is still a good equation in my eyes. We grabbed lunch, went filming, then I had to go back to the hotel to edit while Michael went shopping for Christmas presents. On the day he ollied into this pretty prickly bank at the University, I had a fever. I didn’t really want to go film, but if you are guaranteed two lines, I have a hard time laying in bed knowing I could be fishing lines. 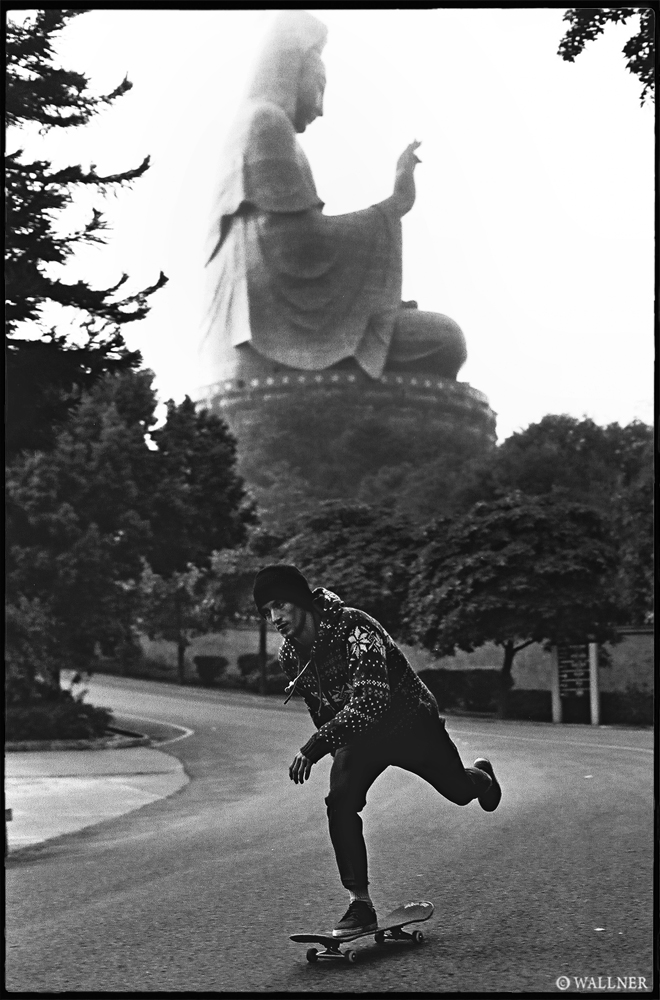 Back in 2009 when I lived in Hong Kong for a half a year, I spend my weekends coming to the mainland to roam around in the Guangdong Province. On one of these Saturdays or Sundays, I went to one of Guangzhou’s urban outskirts to a city called Foshan. On arrival I quickly found a TV Tower which had natural transition embedded into its legs. I somehow managed to completely forget about this until half way into filming for ‘Fishing Lines in Guangzhou‘. We cabbed it east from Guangzhou and ended up filming two lines by the tower & shooting a sequence. Then we somehow got around ten minutes of no-security presence around Guanyin at Mount Xiqiao, where we probably filmed my favorite line from this episode of fishing lines. How often do you have a huge statue of the ‘Goddess of Mercy’ in the background when filming? Probably not too often! I am all about backgrounds. There is nothing more that gets me out of bed than fishing with a unique, vivid, unusual background. To each his own they say they say. 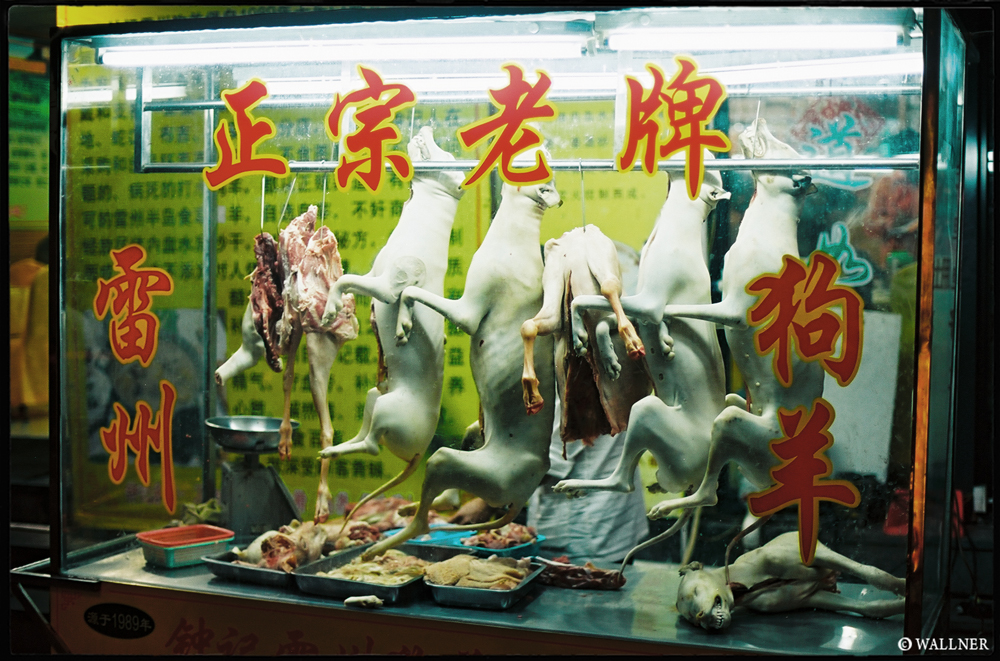 As socially unacceptable eating dog meat might be in the west, countries such as China, Vietnam, Philippines, Korea and bizarrely parts of Switzerland still value eating the meat of what people would describe humans best friend. The idea of eating a dog is still unacceptable in my books, but I am confronted with the sale of dog meat daily. Living a couple meters away from Shekou Market and watching kids and grown-ups enjoy the meat slowly dissolved the prejudice toward dog-meat lovers. Chinese apparently have a saying, “If it flies in the air or walks on the land then it must be good to eat.” which holds some trust. Eating dog meat is allegedly illegal, but like anything in China, the more you try to put a stop to it, the more the demand rises. 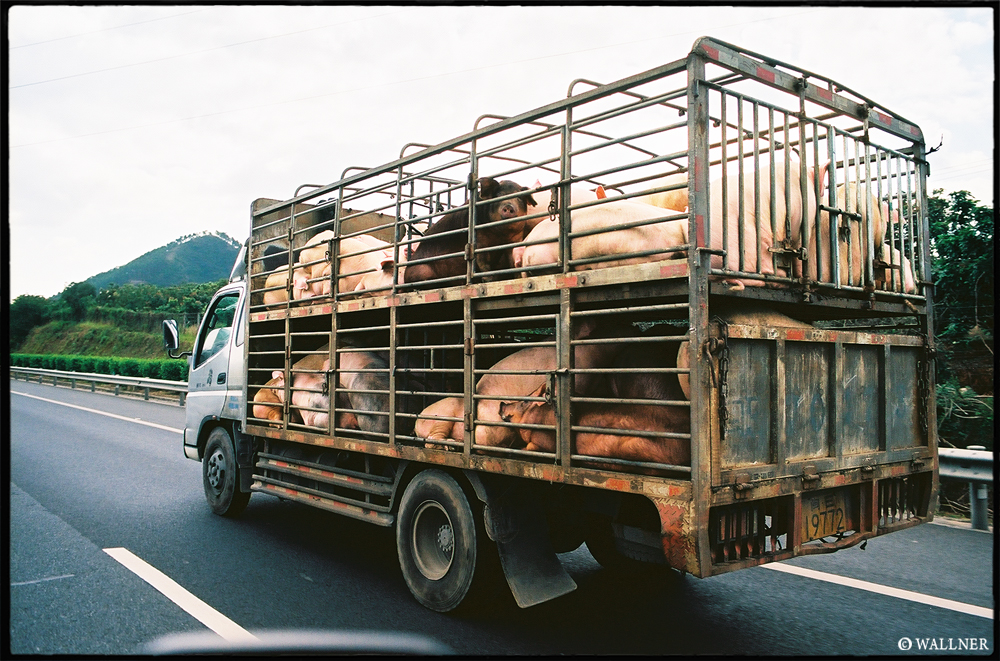 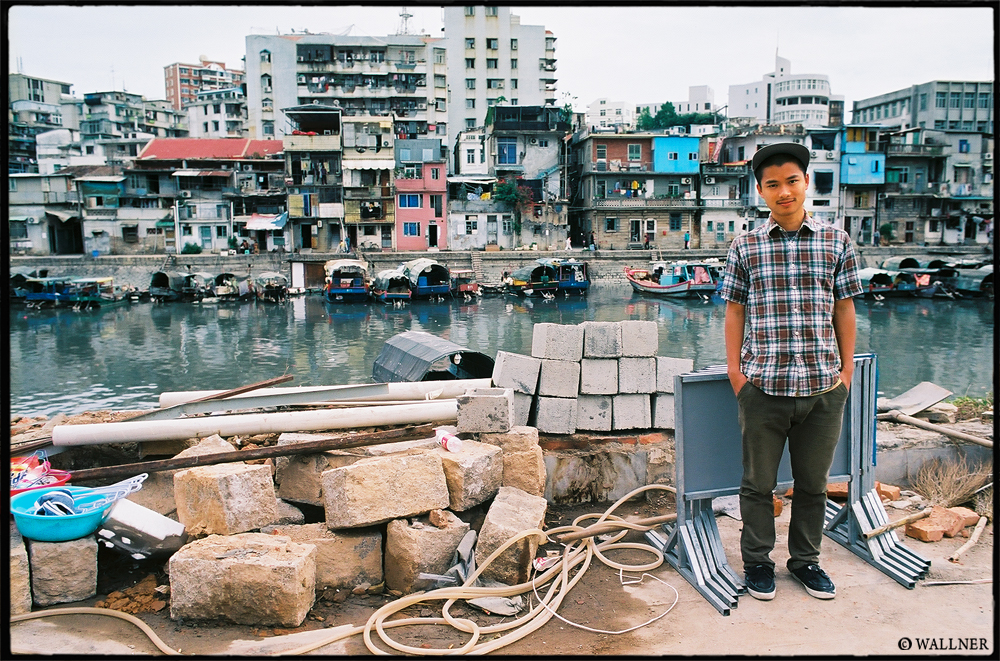 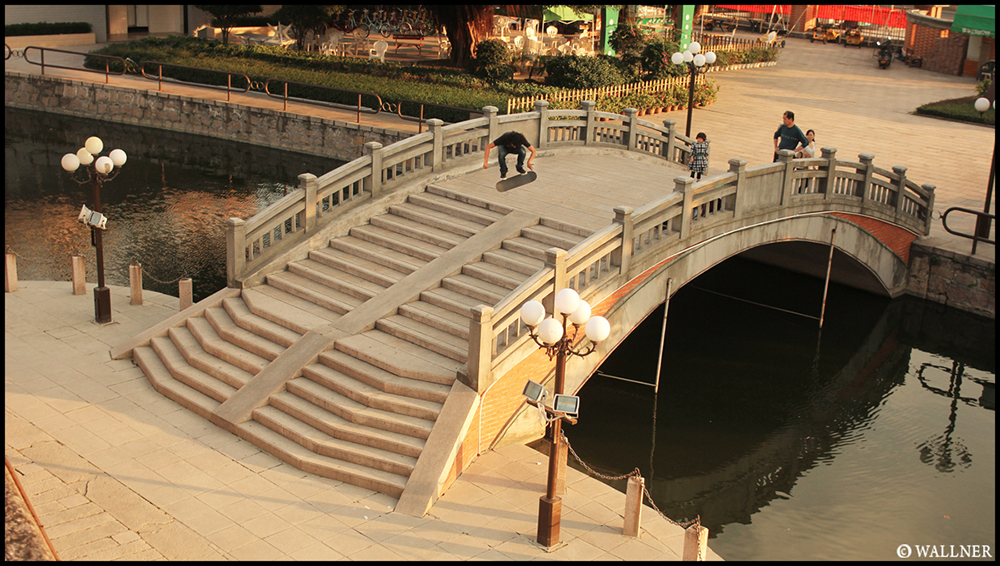 My first published skateboard photograph with a digital camera (Canon 60D) of Fu Ling Chao doing a kickflip into a double-banked Chinese traditional styled bridge at the port of Shantou. This photo as well as twelve or thirteen  others will be out in the February 2012 edition Japanese SB Magazine. Thank you SB magazine and other Japanese mags for published my work over the past years, a big ありがとう to everyone in Japan for supporting my DVDs. As of right now I get more love in Japan with my DVDs then in America. 私はすぐに日本に来て欲しい！ 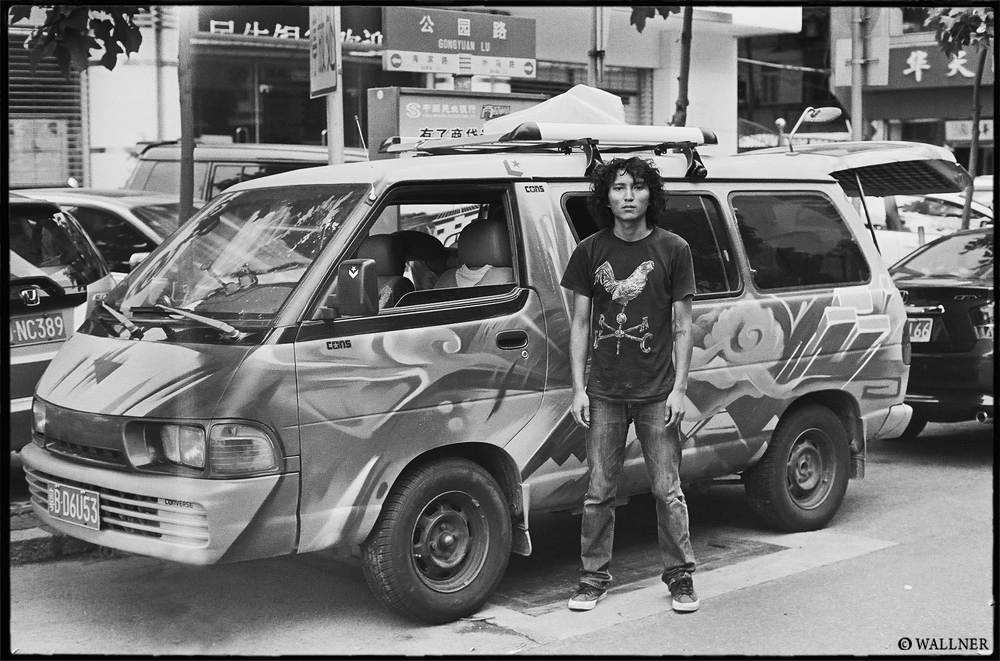 Fu Ling Chao, also known as Thrasher is about to become a father. Thrasher’s life isn’t as ordinary as the one point three billion other Chinese living in this country. When he is not skating, he spends time renovating & building his house in a small village by a beach close to Shenzhen. I am currently filming a short series on Thrasher’s life for Converse. Thrasher has a bunch of pets and needed to buy a van to travel between the beach and downtown Shenzhen where he spends his weekends. We painted the van and set off on a road trip to Xiamen. The episodes should be out on the Converse China website around mid March. 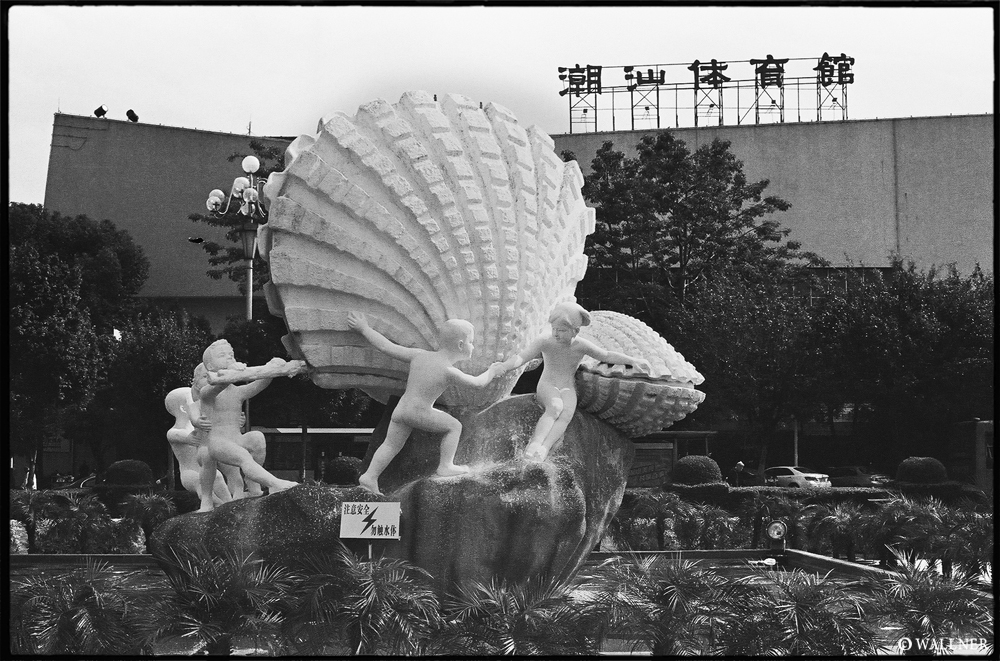 We stopped in Shanwei and Shantou on the road to Xiamen. 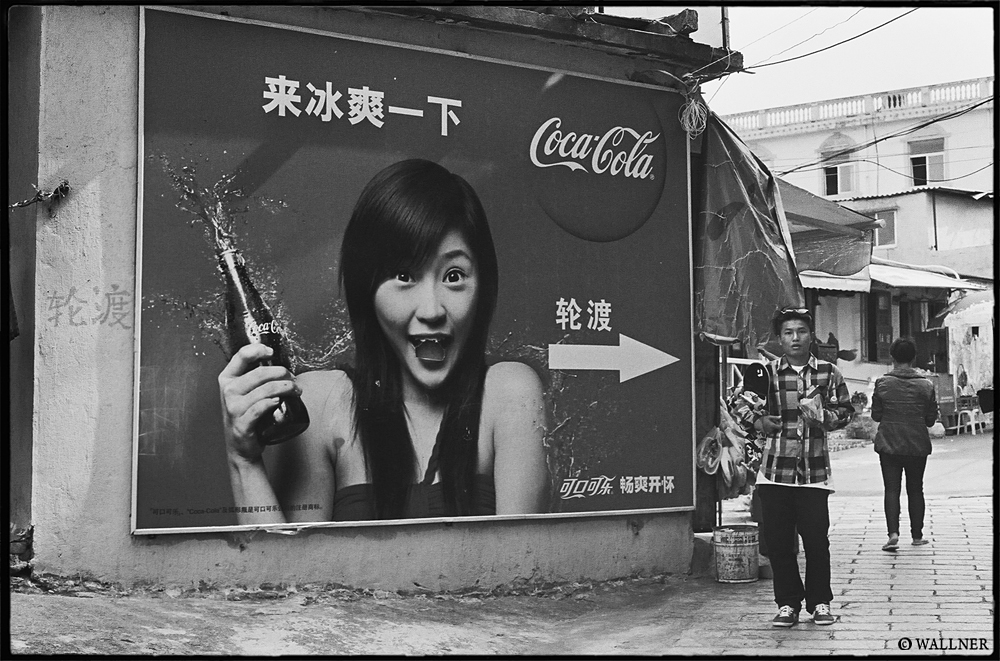 If I remember right Coca Cola means ‘to make your mouth happy’ in manderin. Blackie was more happy about the downhill on Gulangyu, an island close to Xiamen. 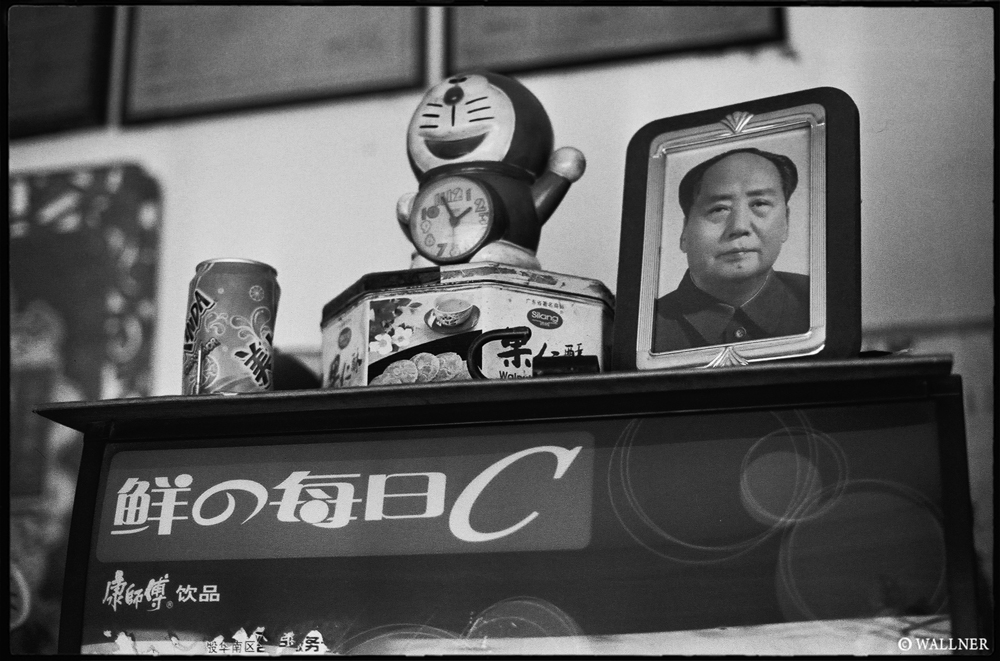 I am not sure if Chairman Mao would have been to pleased with the arrangement of his portrait below a Japanese earless robotic cat from the 22nd Century called Doraemon. At least both hold the same name. ‘Mao’ also means cat in mandarin. 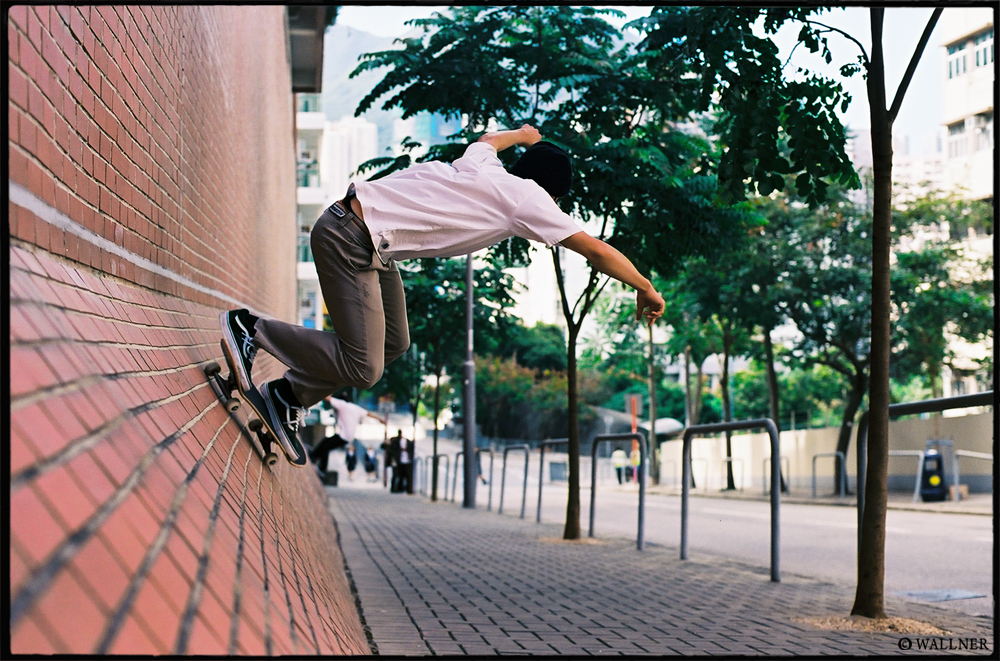 Visa runs usually consisted of flying to neighboring Cambodia or Indonesia while I was living in Thailand. Exiting is much easier now that I live in Shenzhen. The Shekou port has ferries to Hong Kong Island every hour. This time it involved rolling out with the Knowledge crew while getting acquainted to some really friendly Japanese skaters and watching ‘Tintin‘ in 3D. I can’t complain. Pictured above is Chris Bradly trying to ride vertical walls in Chai Wan. 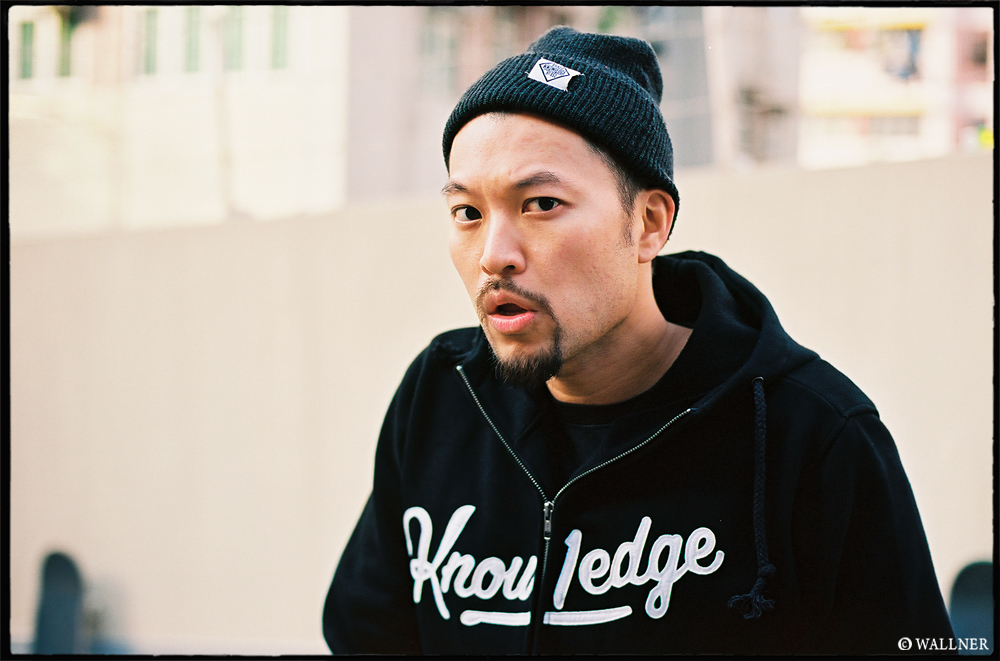 Originally from Indonesia, Brian Siswojo is the mastermind behind Knowledge Clothing & 852 skate shop in Hong Kong. When he is not beating me with nollie tre flips in a Game of Skate, he is either seen rapping in commercials or acting in famous upcoming movies alongside Keanu Reeves. Thanks for all the delicious dinners the past month. 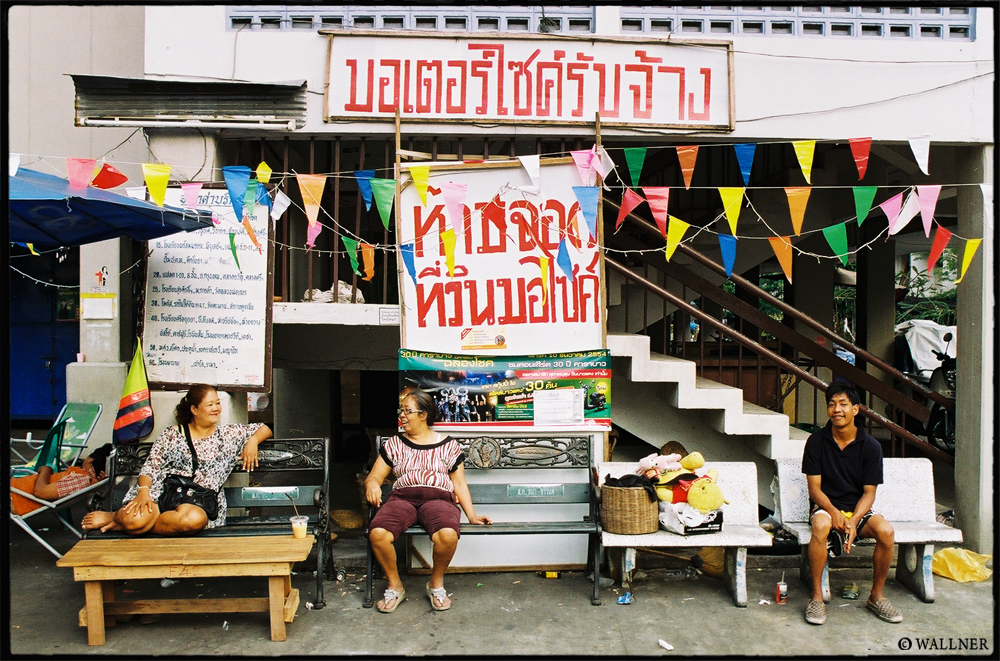 Didn’t quite have the money to fly back home for Christmas to see the family this year. Thailand was the alternative to get a small break from editing which somehow than again turned into meetings with Op Sudasna, the director of the upcoming Preduce video ‘Chaiyo‘. It’s finally done now and premiering in Bangkok in mid February 2012. 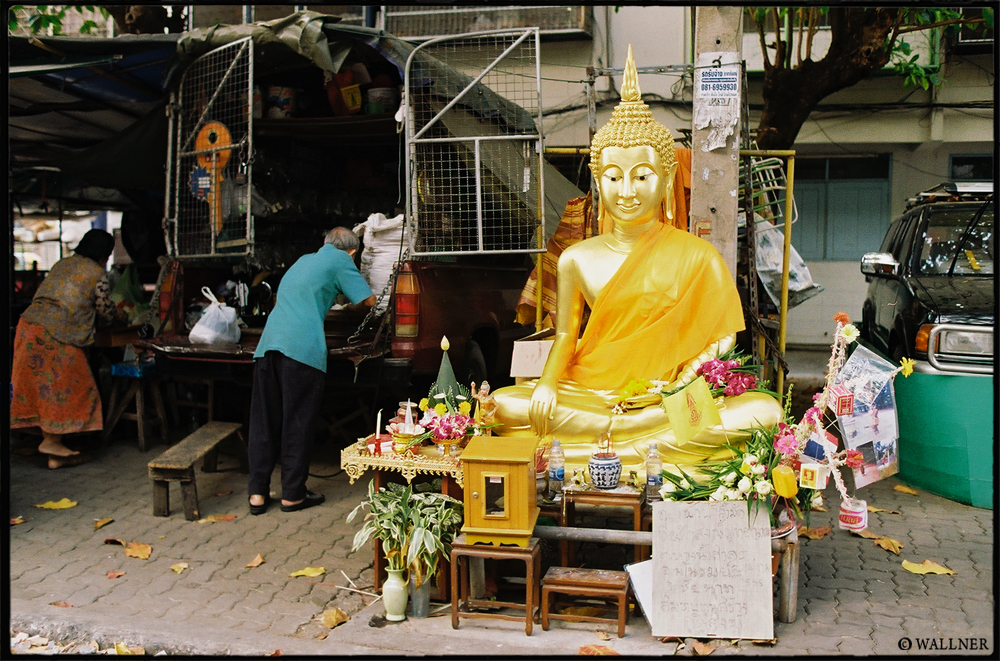 The Din Daeng district of Bangkok is always merry to walk through. 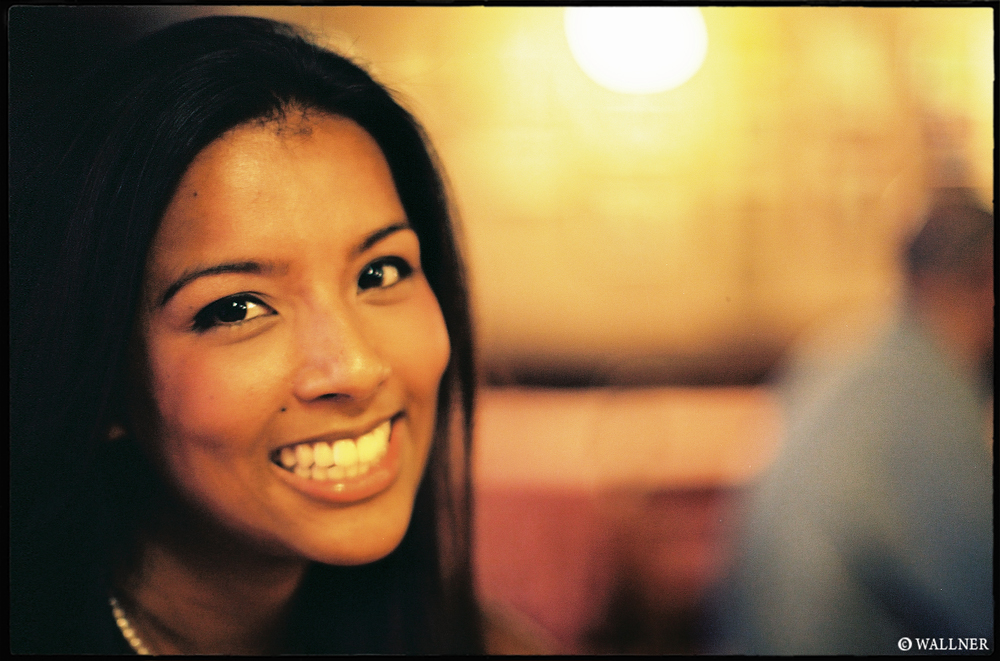 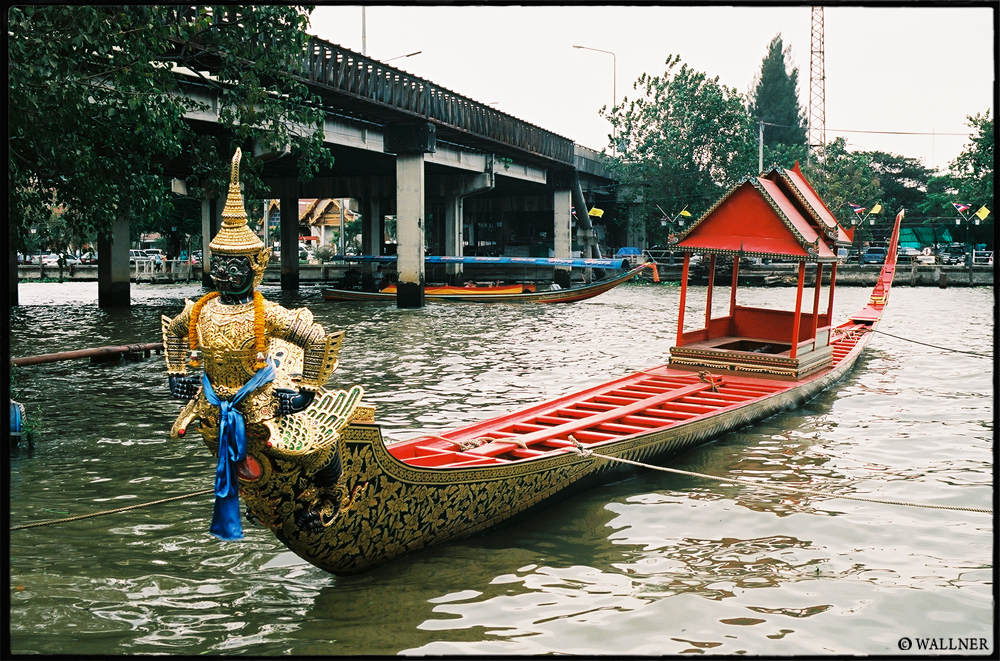 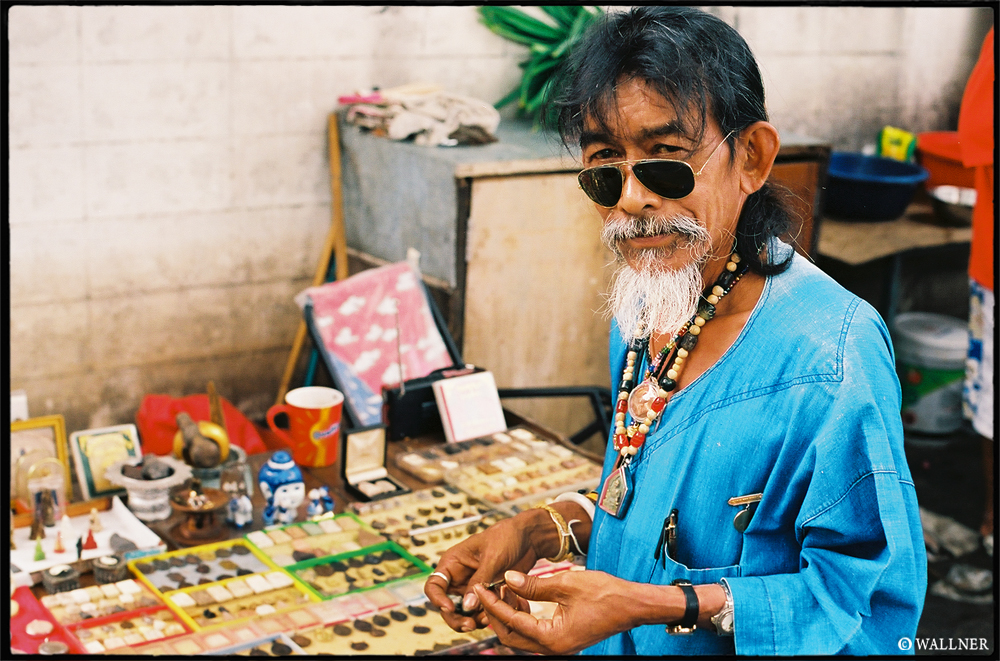 Just five weeks ago he was floating down his street on styrofoam (last photo on last photo update), now he is back at work selling medallions. I went back and showed him the photo I took of him when the streets were flooded back in November, but he didn’t seem to care too much. He seemed off happier during the floods in my opinion. 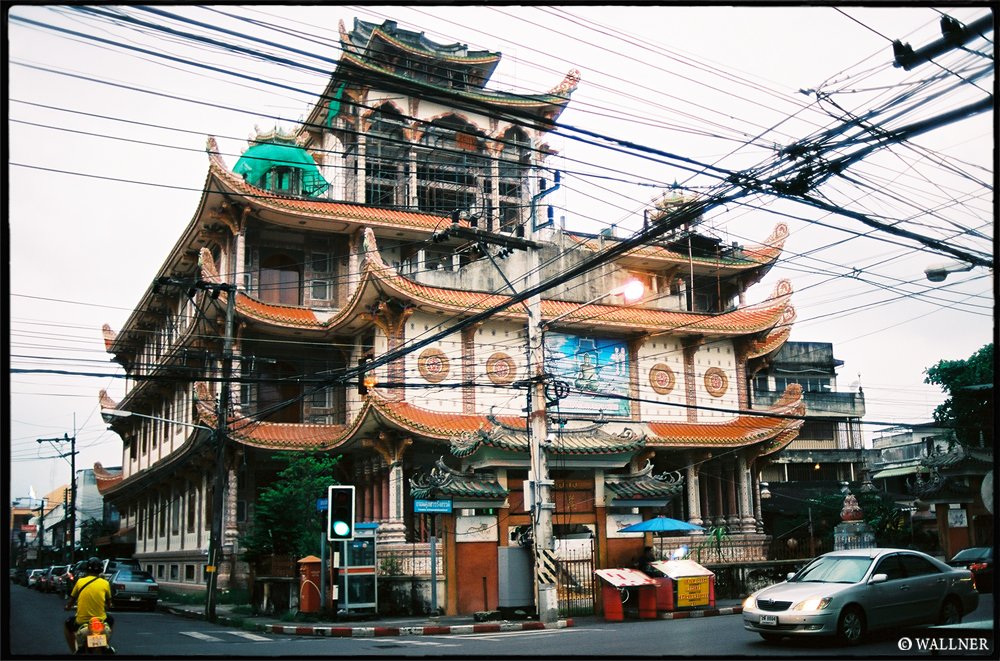 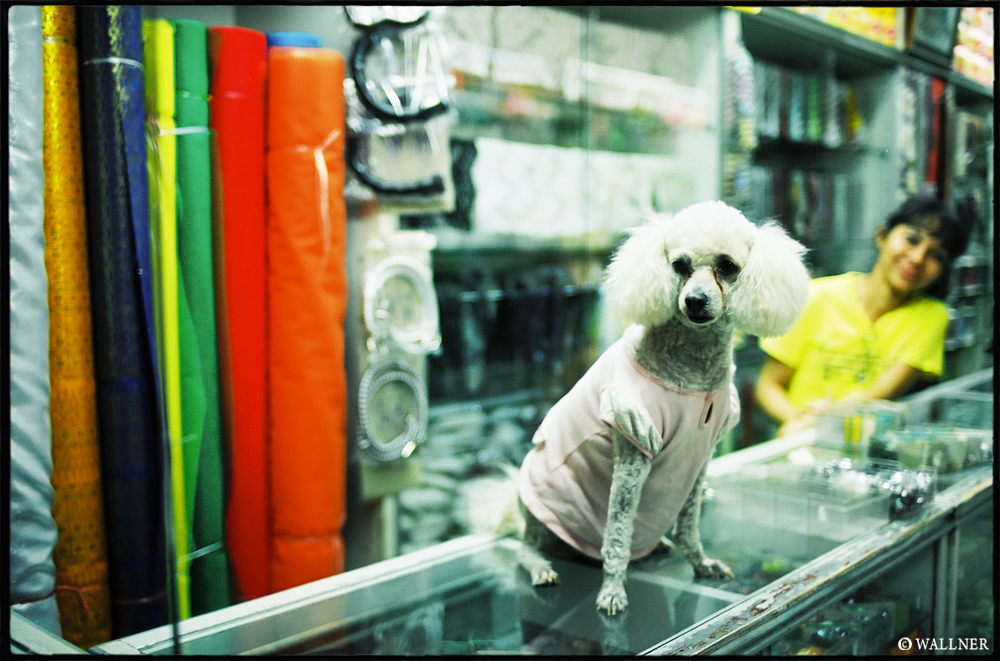 Dogs are a bit more respected in Thailand. If you cloth your pet, that probably means you wouldn’t want to have it for breakfast. 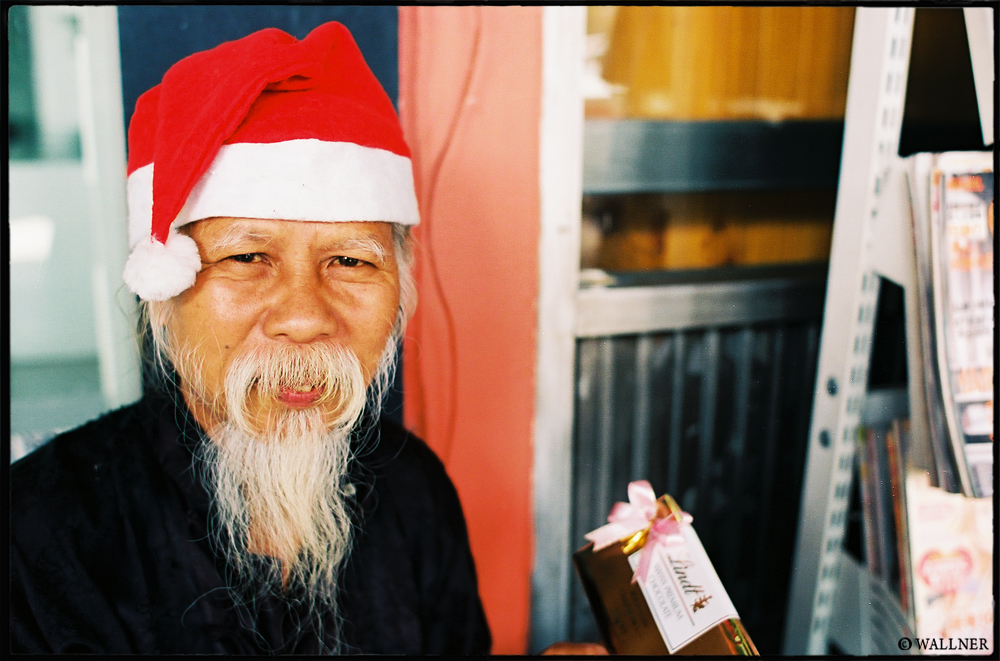 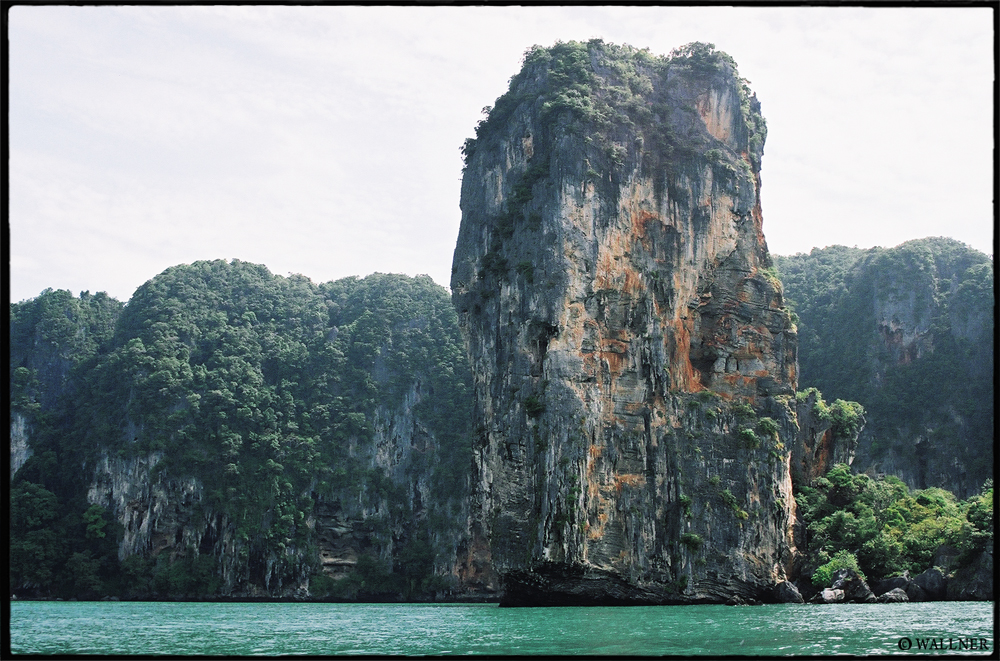 This was my first Christmas holidays without snow and also my first time going to romantic beaches with a Russian.

Alexander Kandaurov also seeks adventure. Unintentionally, but still coming to the beach with a Sony VX and a skateboard shows dedication. Alexander comes from Khabarovsk, the Far East of Russia, and has been living in Shanghai for the past three years. He will have a part is Pasha’s upcoming video, keep an eye out for that! 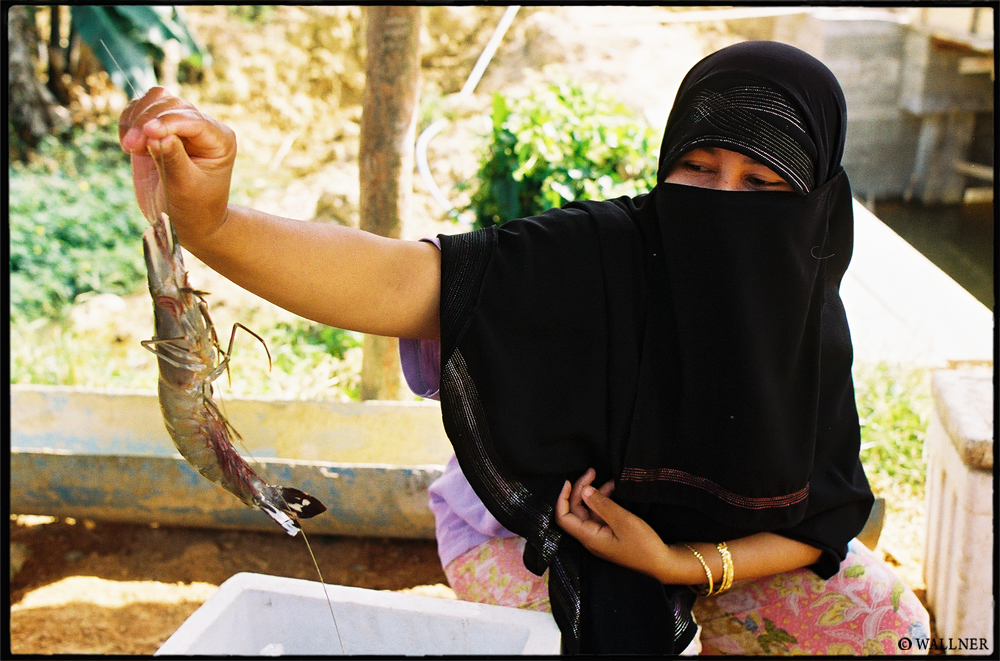 While ninty percent of Thailand is Buddhist, the Muslim minority are spread around in the south, as well as on the island of Koh Lanta, where Alexander and I spend a couple days playing volleyball and eating shrimp. 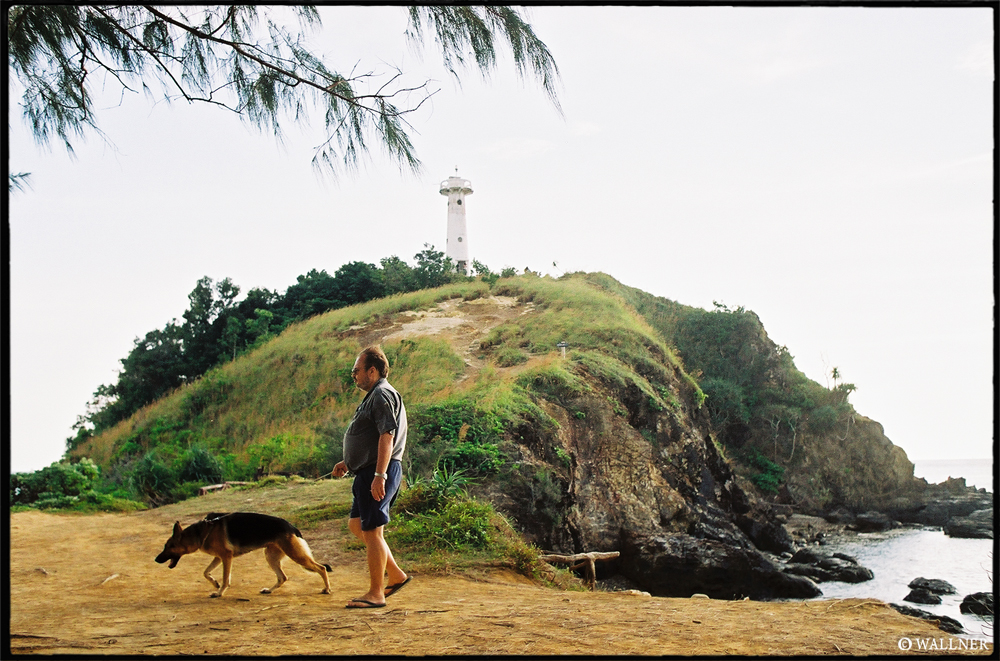 Thailand, a country which was never invaded by a foreign power, has officially been invaded in my eyes. By the amount of tourists and backpackers on these islands, one could undoubtedly say that Thailand is now under attack. When you have Alsatian or also known as a German shepherd roaming around in Thailand, something is off. 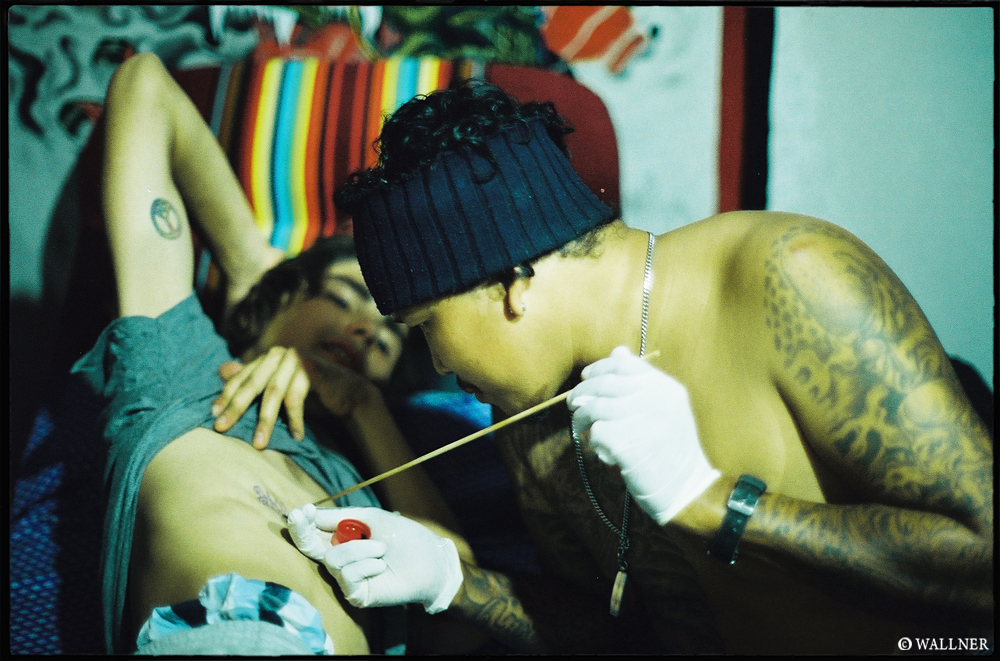 After crashing with the moped and scraping his entire left side of his body with the hot and rough pavement, Sasha (Alexander) thought it would be the perfect time to get a tattoo on the other side of his body which wasn’t in pain yet. 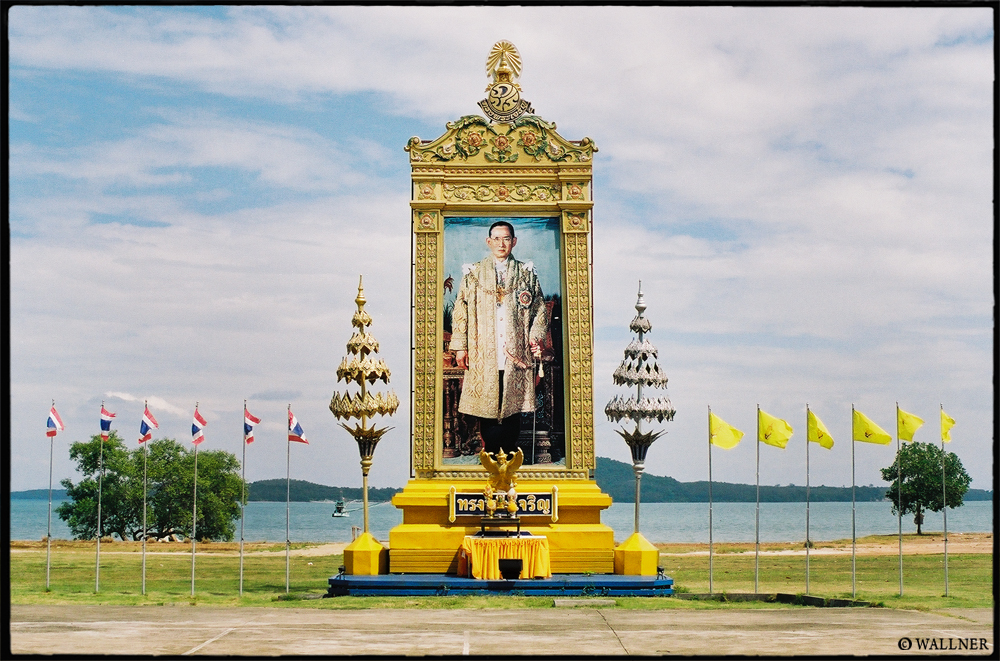