Shvili, we made it to Tbilisi! 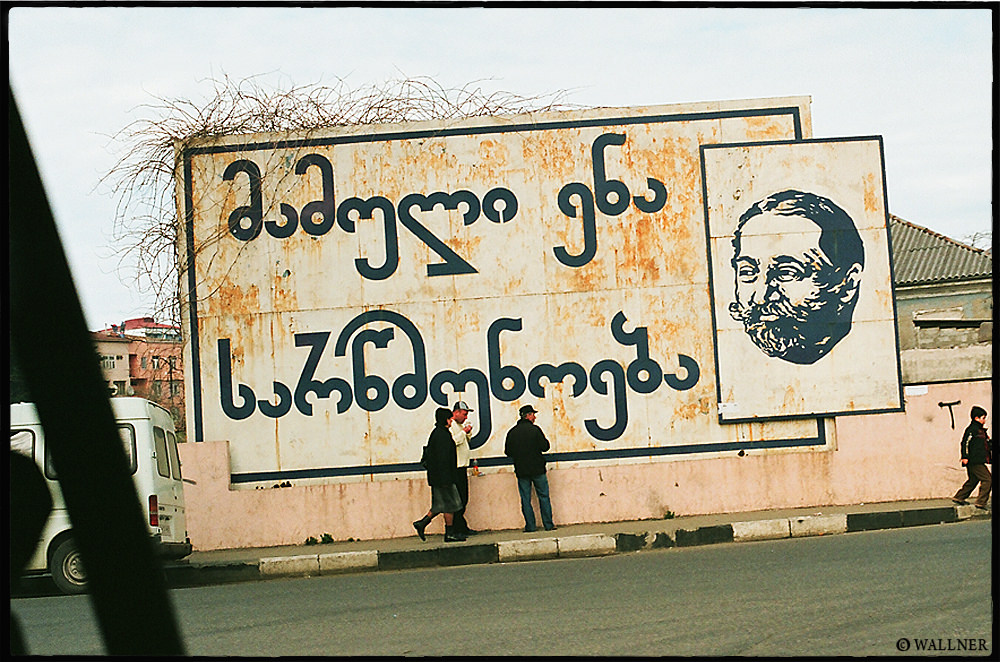 Georgia has been under the Soviet wing since the mid twentieth century all the way till the collapse of the Soviet Union. Georgia has its own unique language and writing structure, but the influence of Russian control can’t be overseen. Almost everyone in Gerogia speaks Russian. 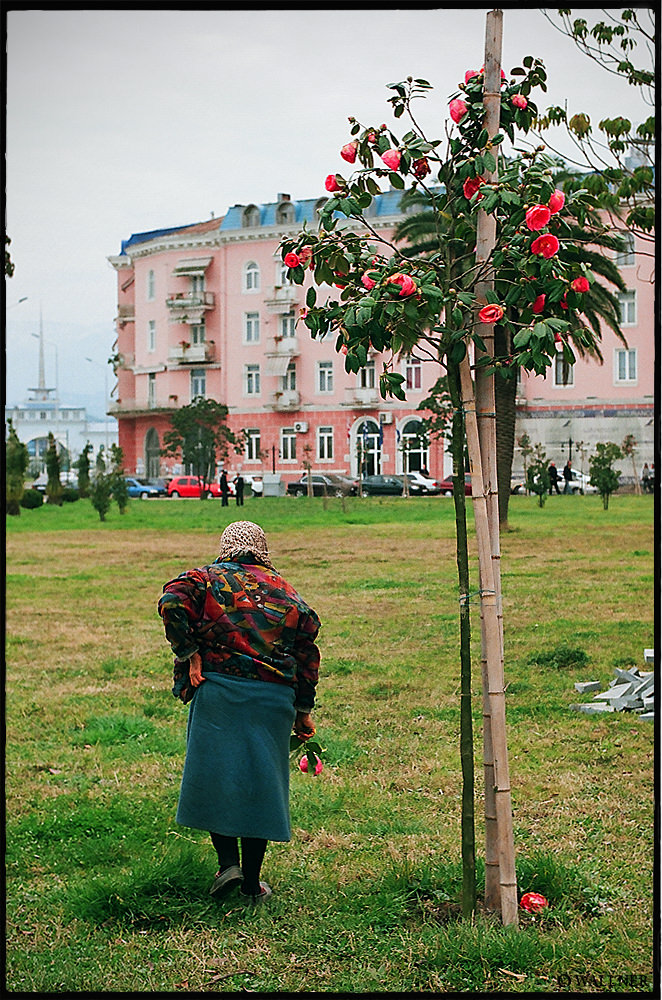 While the older generation still have a grudge against Russia, the newer generation is open minded and have been westernized in many ways. Georgia has two disputed states called Abkhazia and Ossetia, which tried to gain independence for years. A recent war against Russia on the first day of the Olympic games in 2008, separated Abkhazia and South Ossetia from Georgia. Now they are independent states, but not recognized as an independent country besides Russia, Nicaragua, Venezuela and some small country in the Oceania, Nauru. 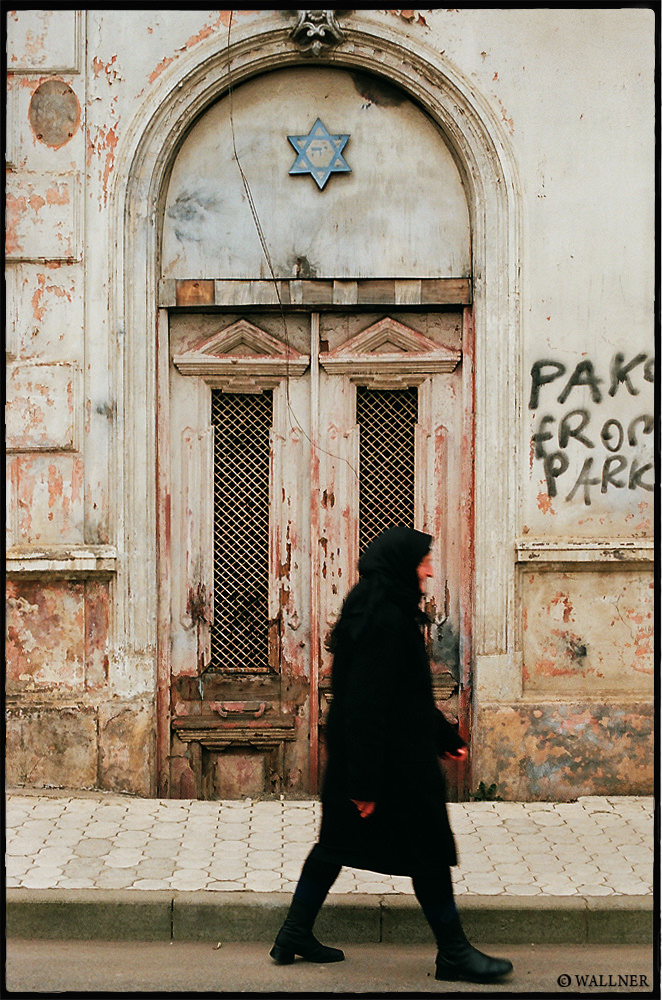 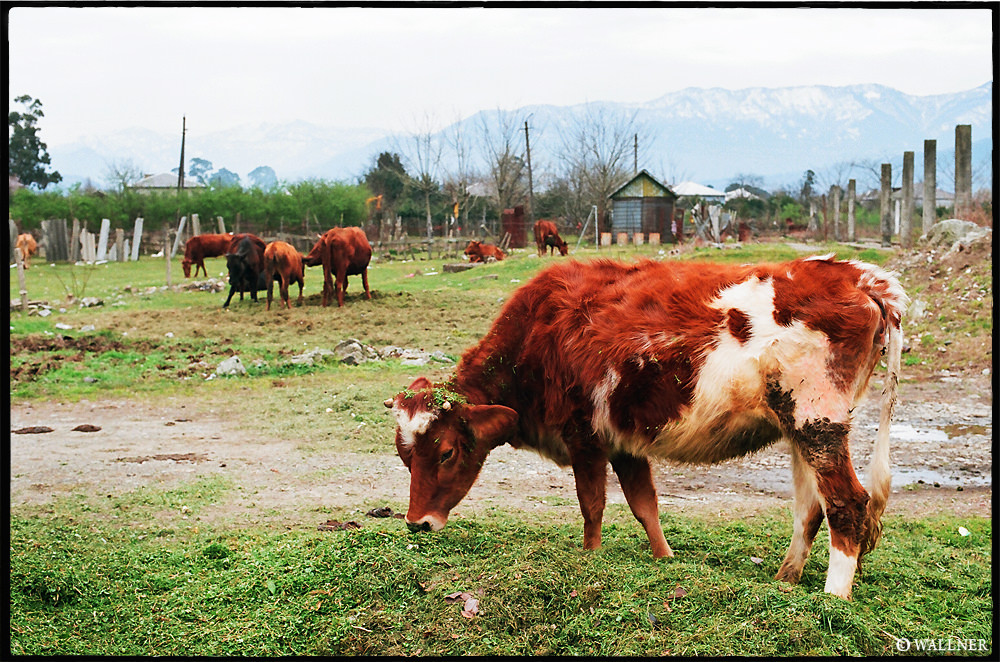 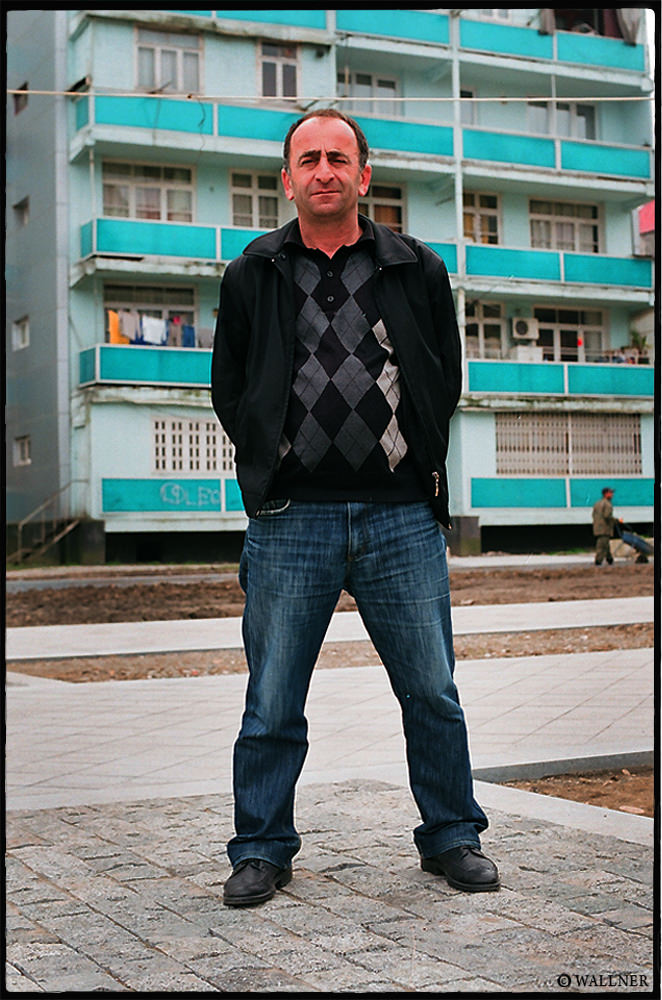 Georgy was our Taxi driver for Batumi. He possessed inhuman powers. We arrived in Batumi at night, and he was able to take everyone’s luggage (around two to three per person) and load it into his trunk in his old soviet Lada. There is no justification to this phenomenon with words. Too bad no one took a photo but it was abnormal. Us five with bunch of luggage all fit into his car, it was really tight in space, but it was just insane. Best driver ever!

Georgy never seen a skateboard before, but after explaining to him that we were looking for unusual architecture which would be skateable, he understood right away and took us around town. We found one really good spot in Batumi.  Thanks Georgy. 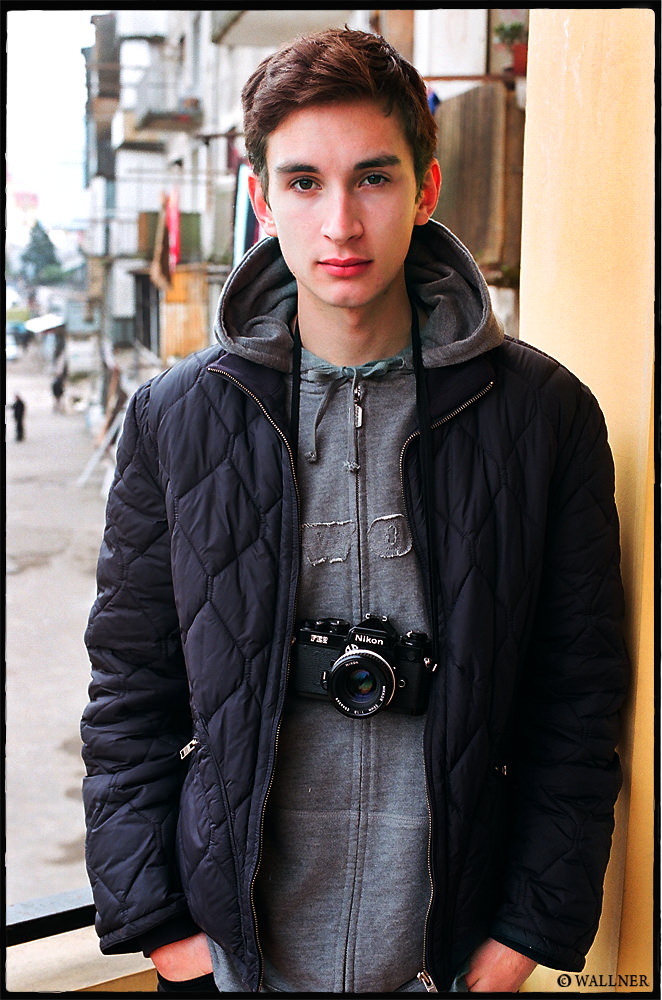 Tanner liked the Georgian red wine… but so did we all! 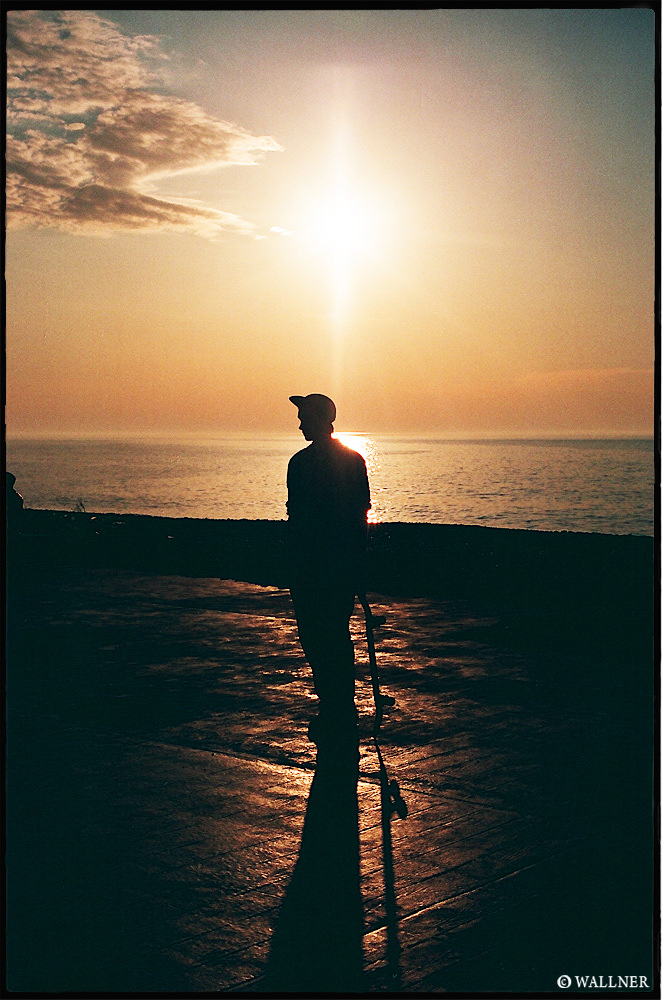 We had a great day looking for spots in Batumi, but once the sun set, we were on our way to the capital, Tbilisi! 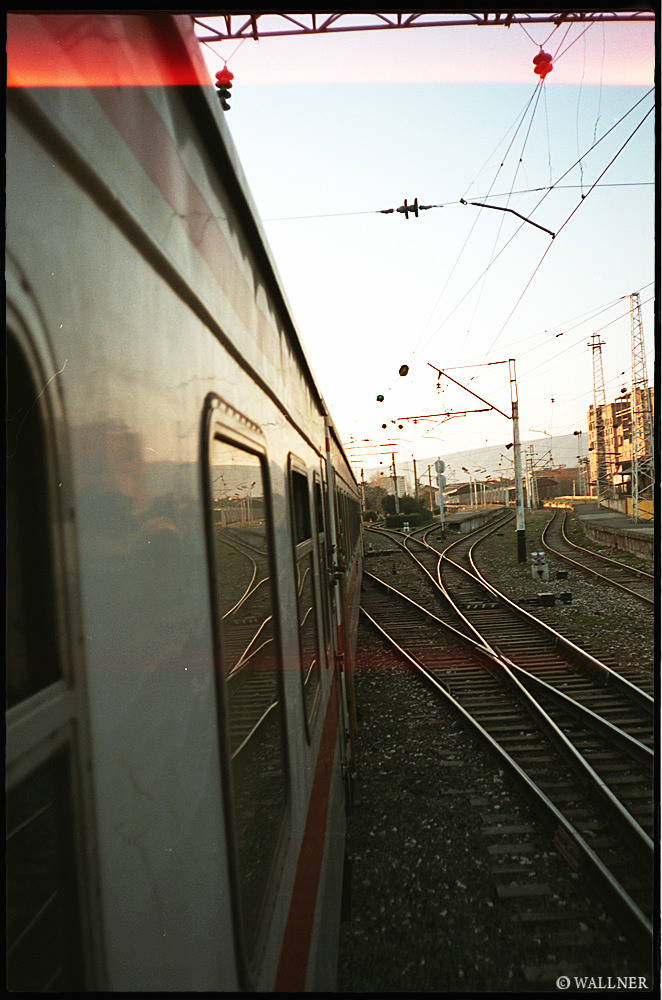 Waking up after a nice ten to twelve hour ride, seeing the urban parts of Tbilisi was great! 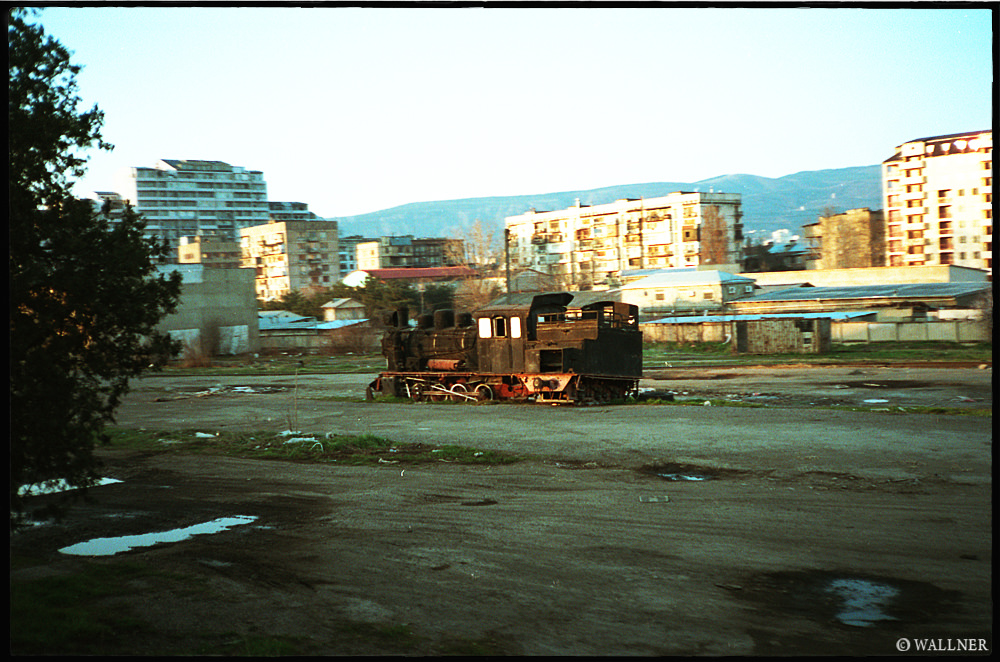 That train took the wrong track…

Alright so the first thing you need to know about Georgian pastry is that the bread is indescribably amazing! 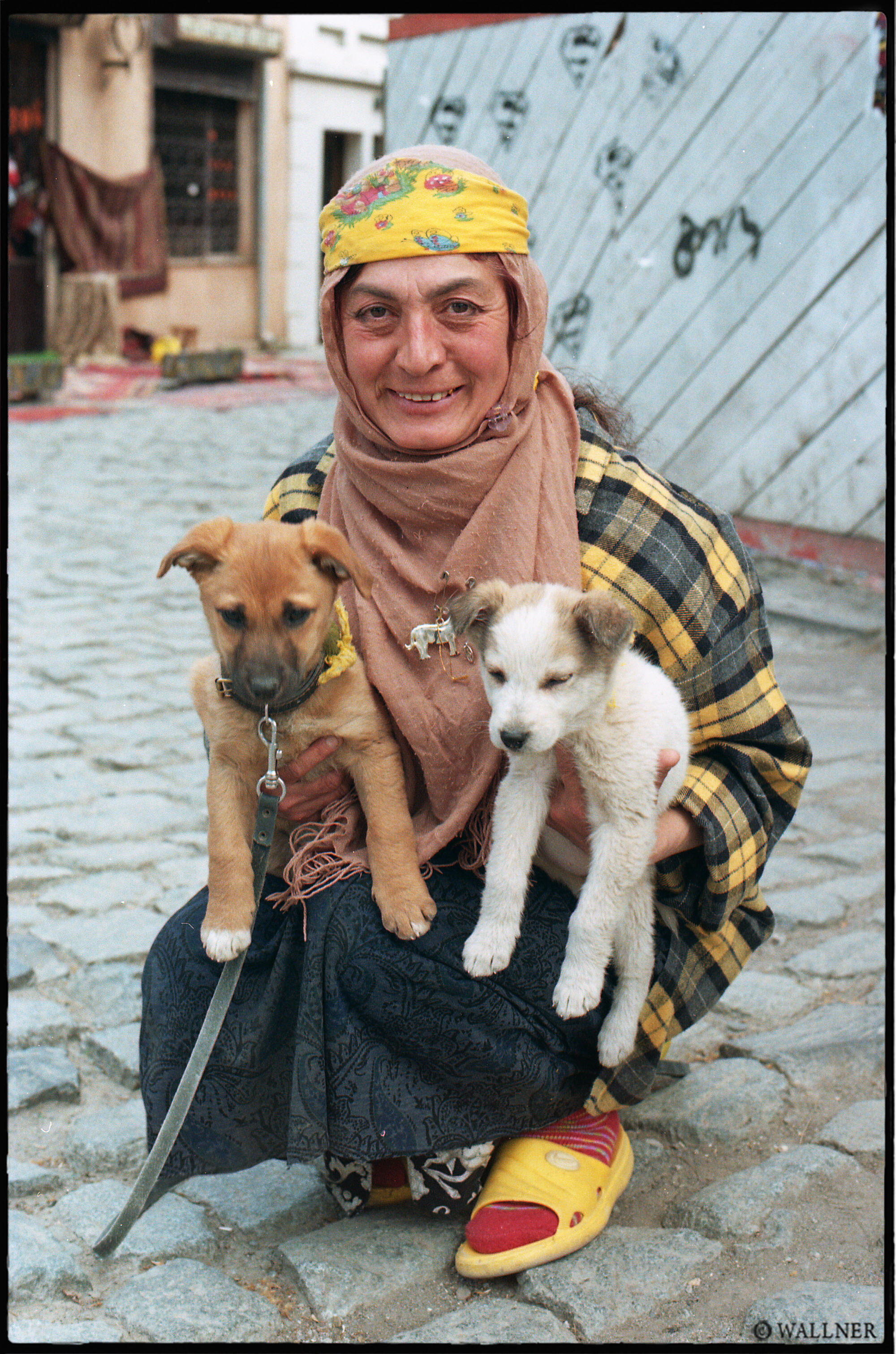 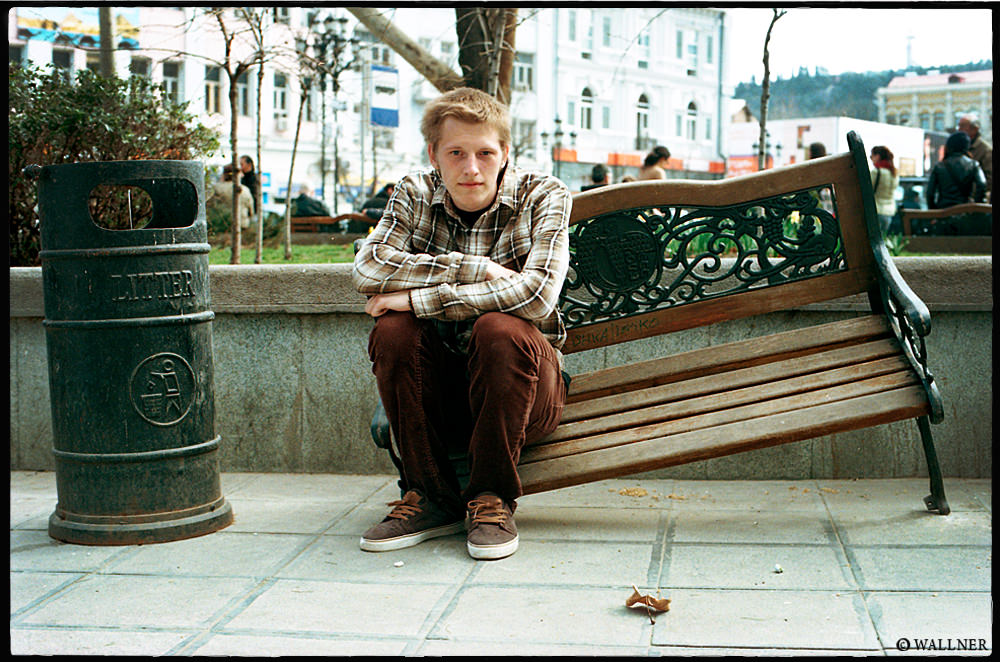 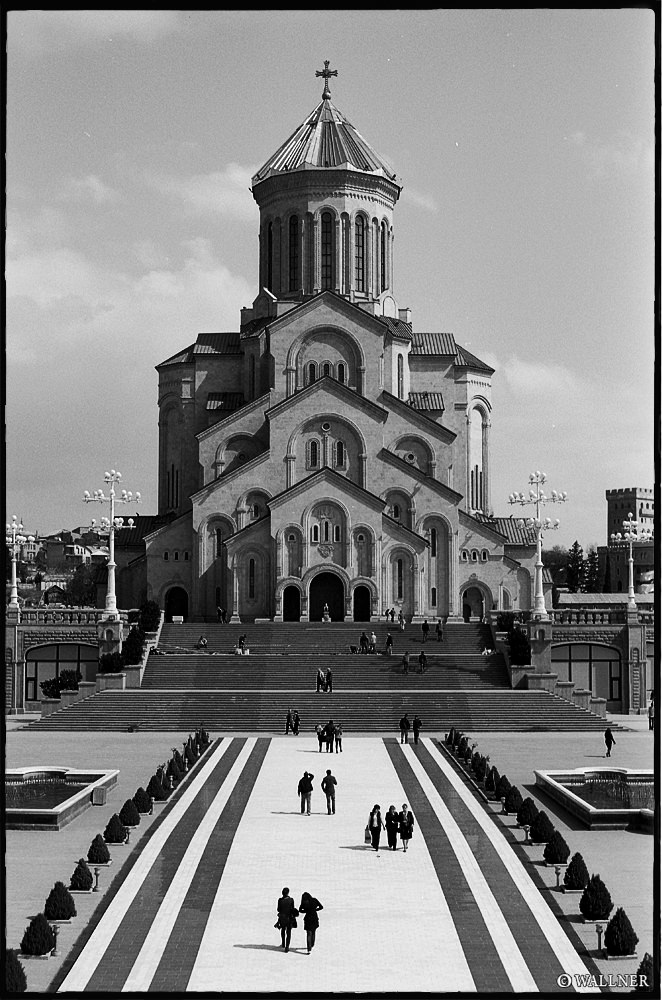 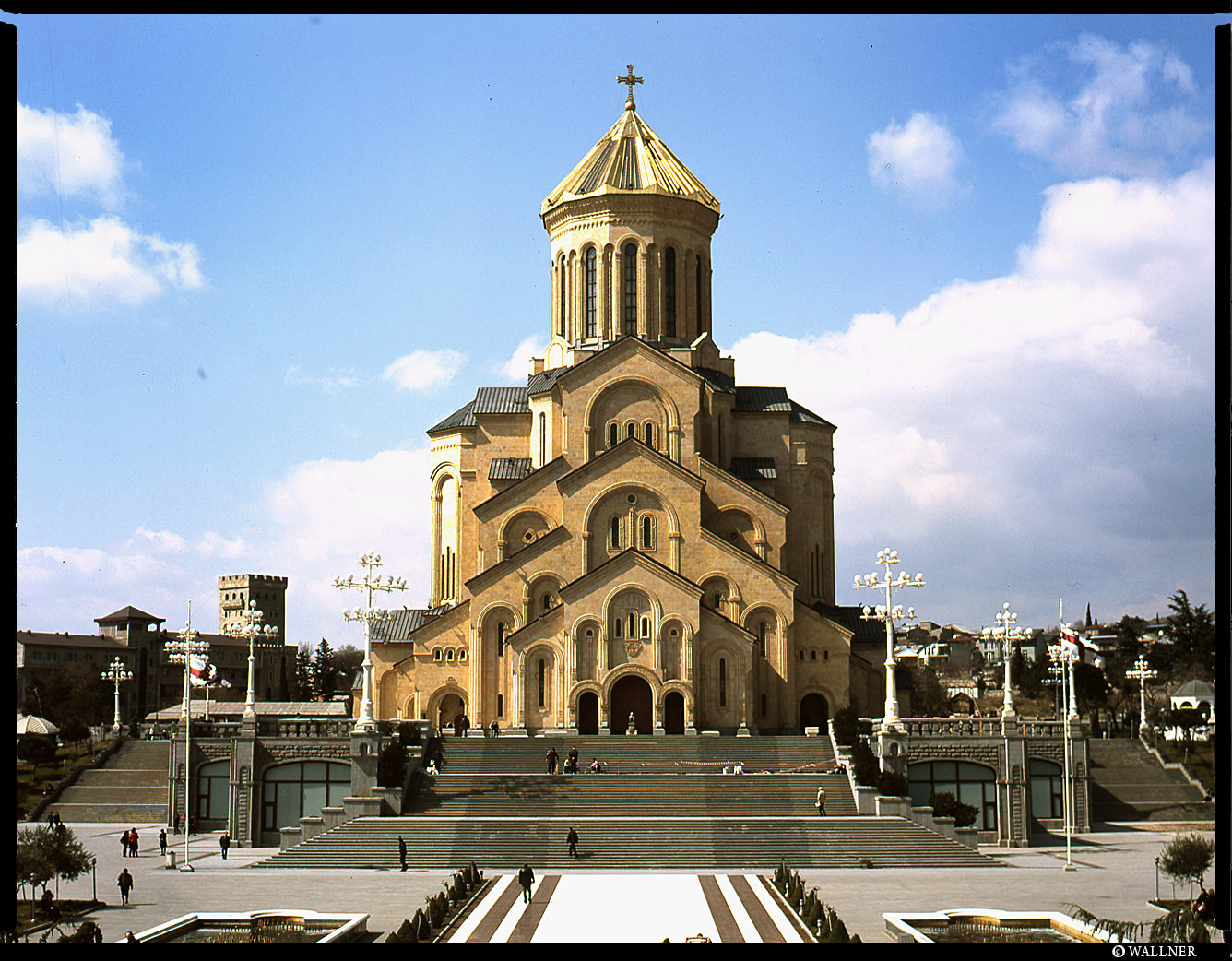 The Sameba Cathedral is build on the hills of Tbilisi, only around a decade old, it is the highest building in Georgia.

The Georgian Alphabet has been in use since 5th century AD. The most commonly used is Mkhedruli which has 33 letters. 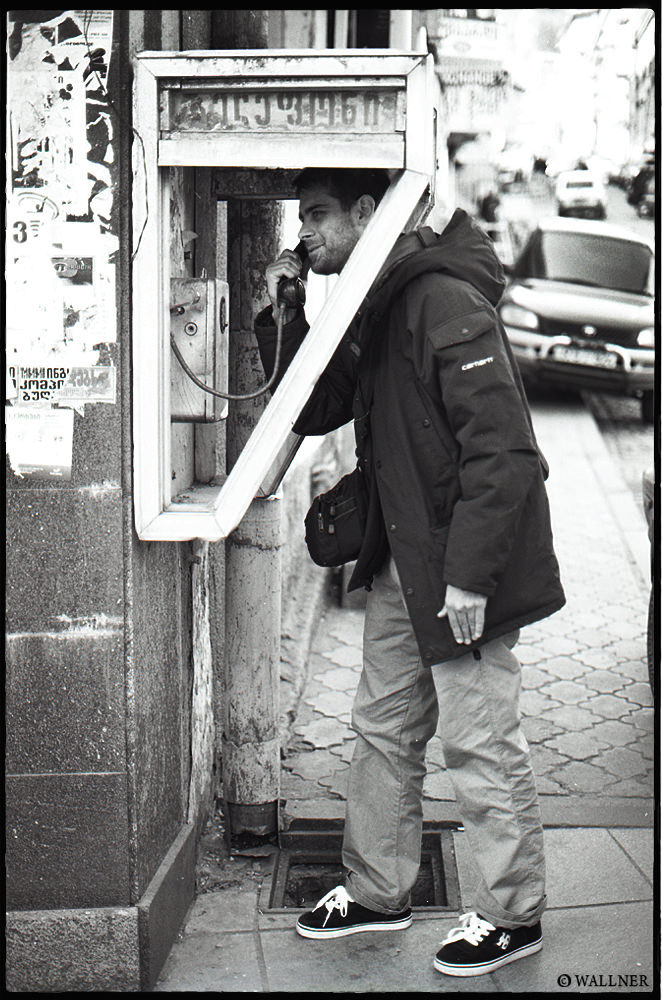 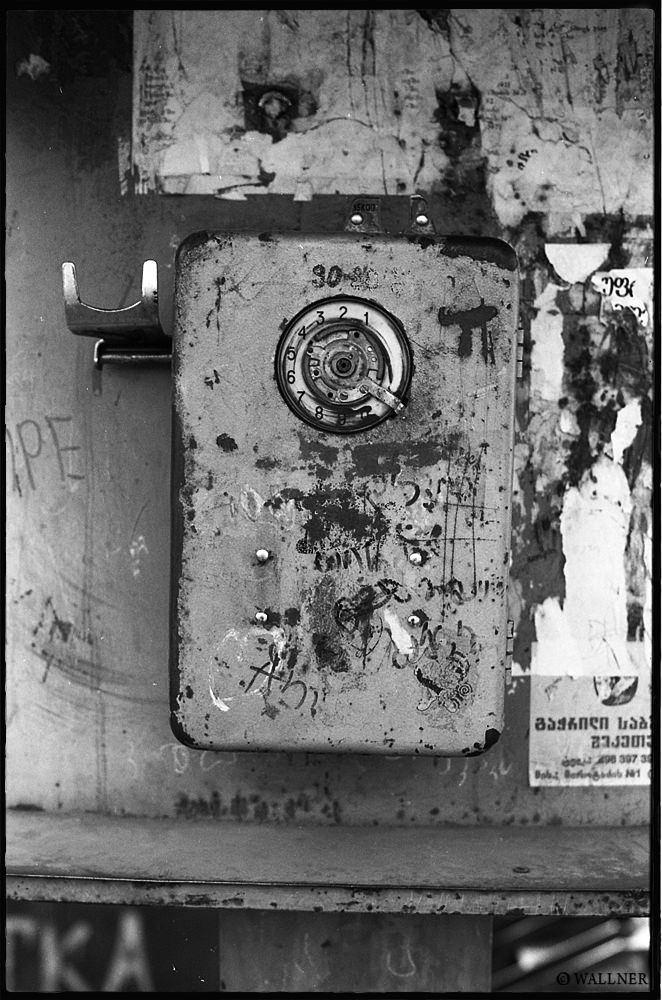 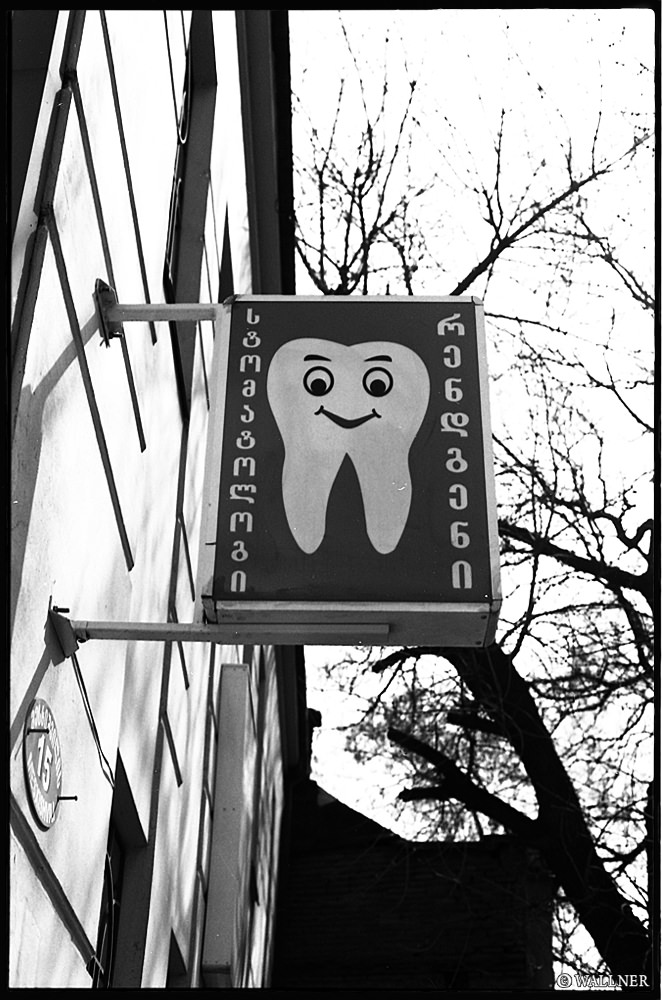 No Tooth ace, but I did get pretty sick during our four days in Georgia. I was able to film during the day, and then once night struck around seven I was laying in bed with slim fever & watch CNN all day… No plains though! 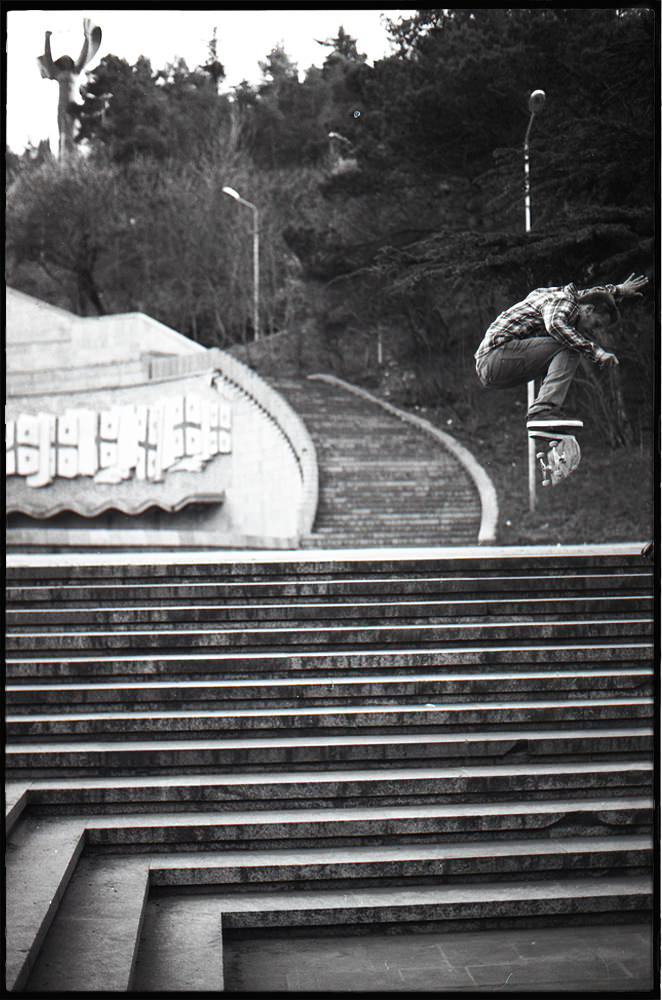 Stas Kicklfipping ten like its chocolate cake. (Photo by Kenny) 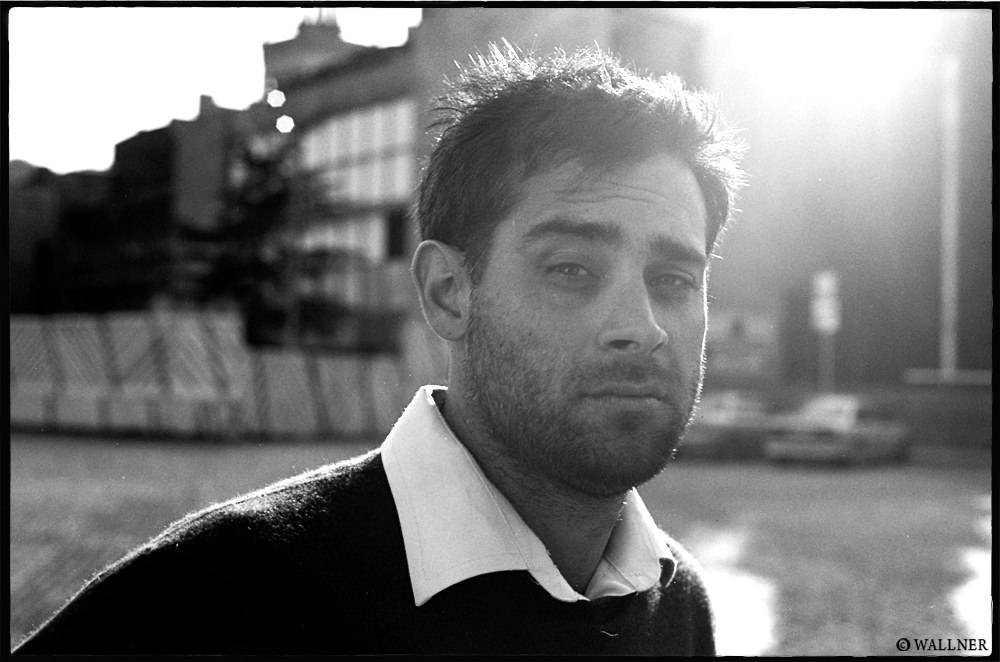 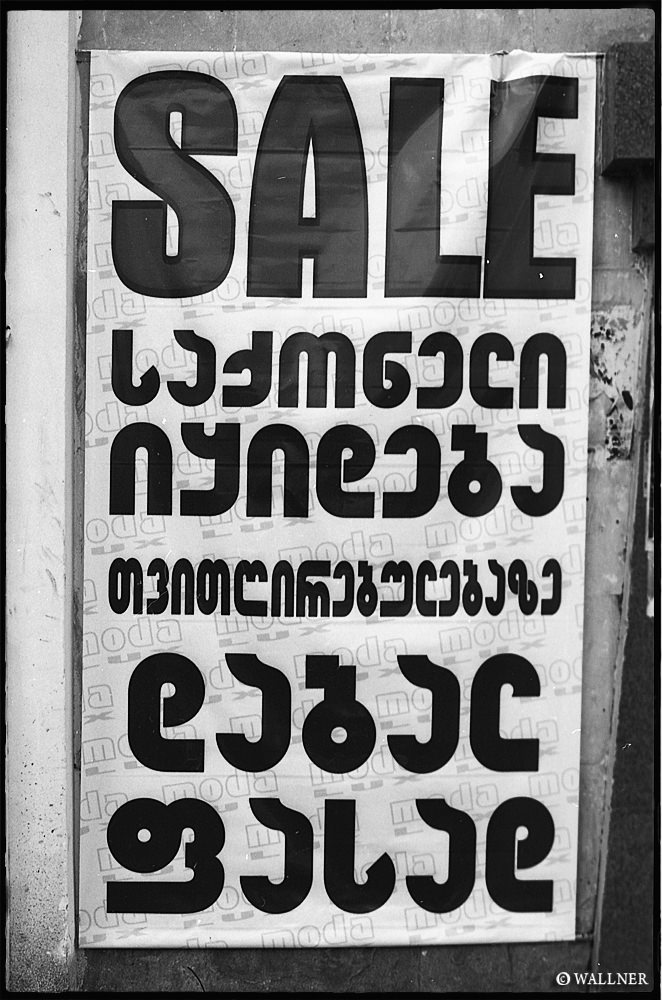 This is a small portion of the thrive to travel for me, not being able to understand my surroundings. 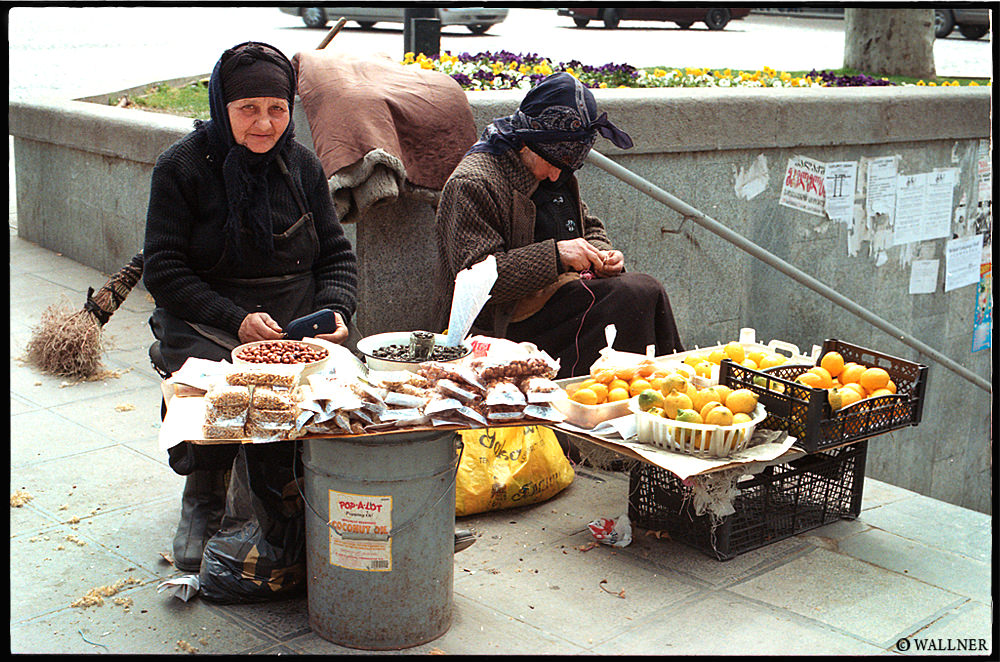 Babushkas are not always down for a photo… but she was! 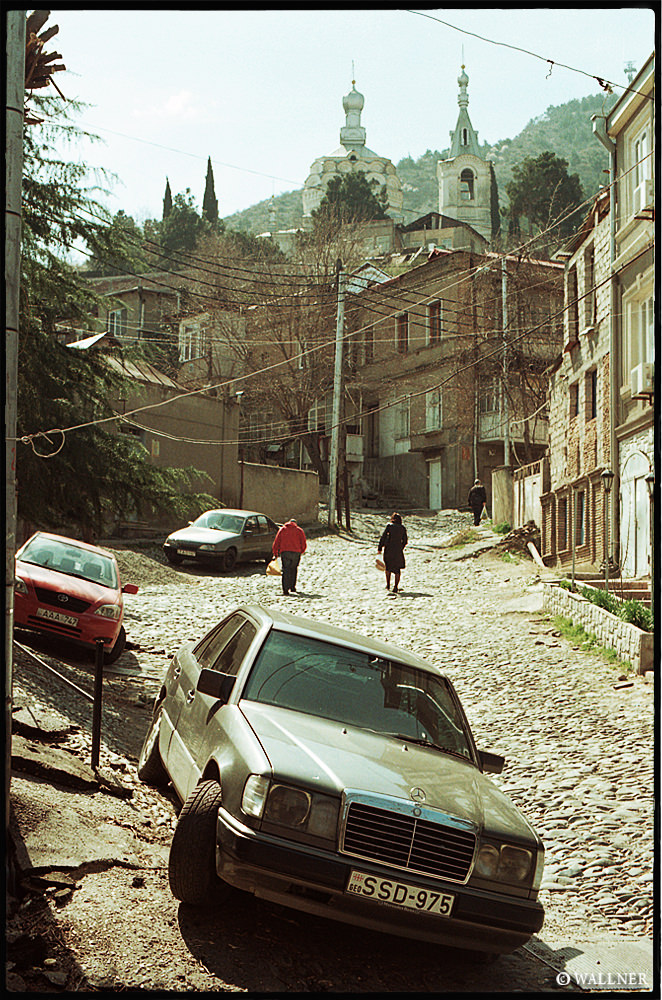 Trying to find skateboarding spots… not always easy in countries that had a war just two years ago. 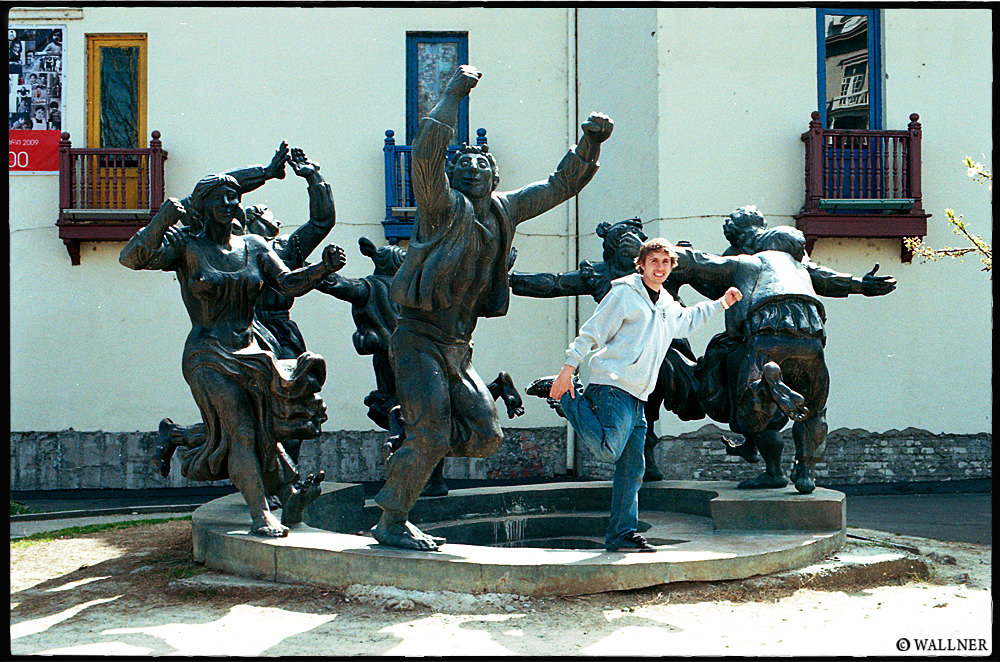 Kirill is always down for a Georgian dance! 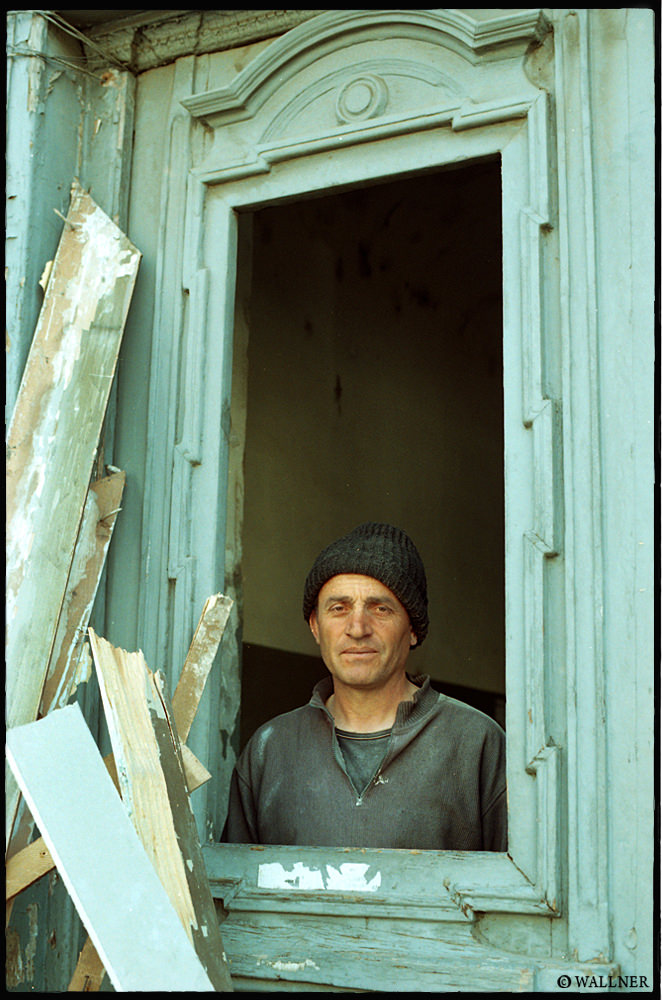 Almost all the males in Georgia are called by first name ‘George“. But before going to Georgia I always asked myself why almost everyone’s last name ends with a ‘Shvili’. ‘Shvili’ means son off someone in Georgian. But you can also use the term ‘shvili’ to call someone else. For example “Hey Shvili, can you grab me some cheese bread”. After Nick (aka. George) told me, i couldn’t stop using the term ‘Shvili’. 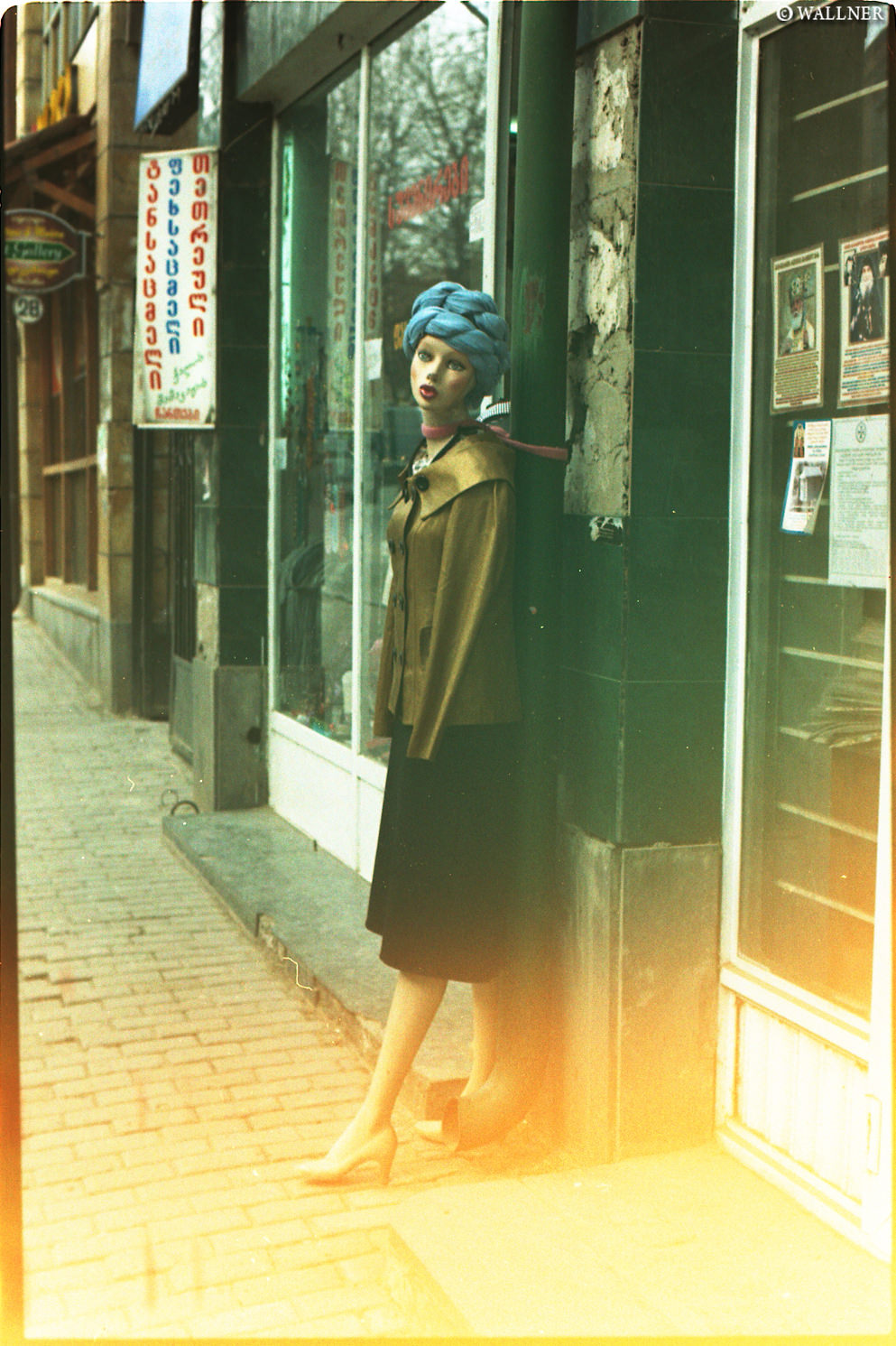 My film back opens sometimes and exposes the film, sometimes i get really bummed since it ruins the whole shot, but in this case, it actually gives the frame more energy and meaning. Georgian manikin. 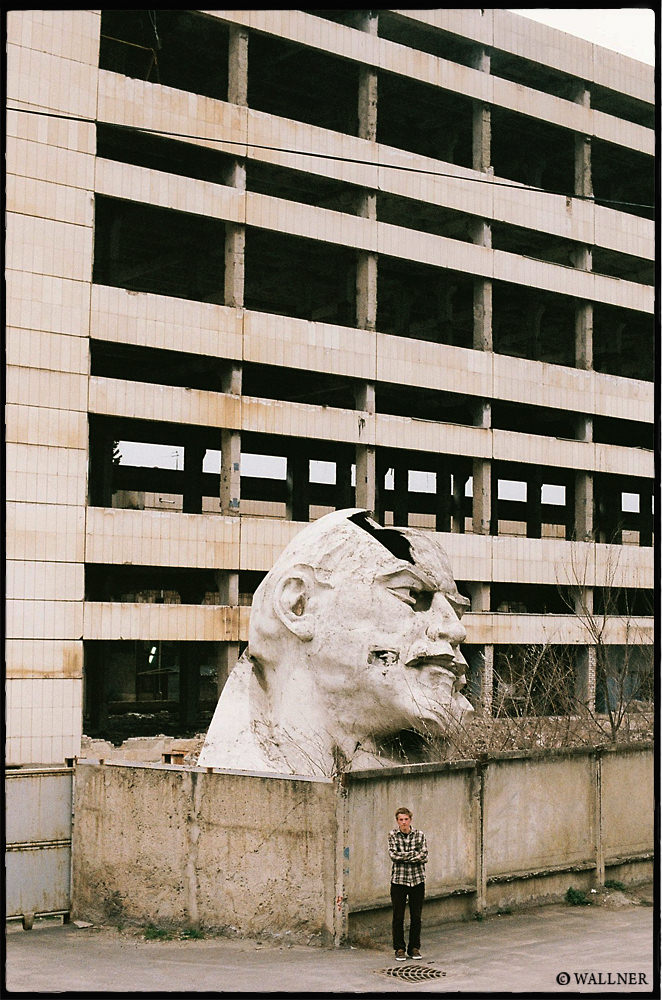 Destroyed Lenin’s head & Stas. Love this photo. By the way in case you didn’t know, Stalin was born in Georgia! 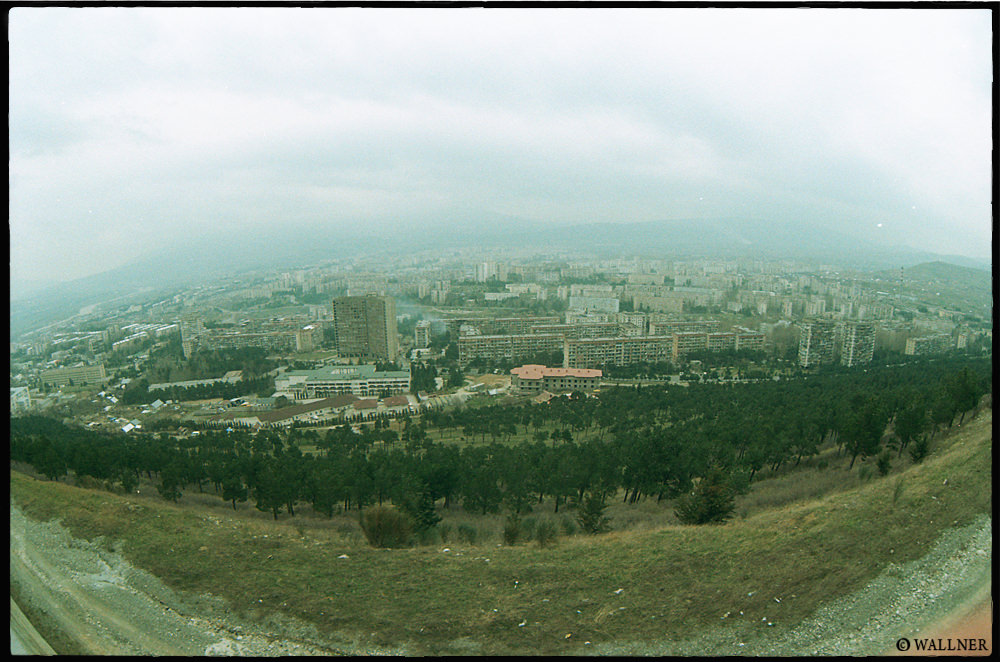 It was raining on day, so Nick took us up the hill. He didn’t mention, that we would witness the craziest tombs i have ever seen! 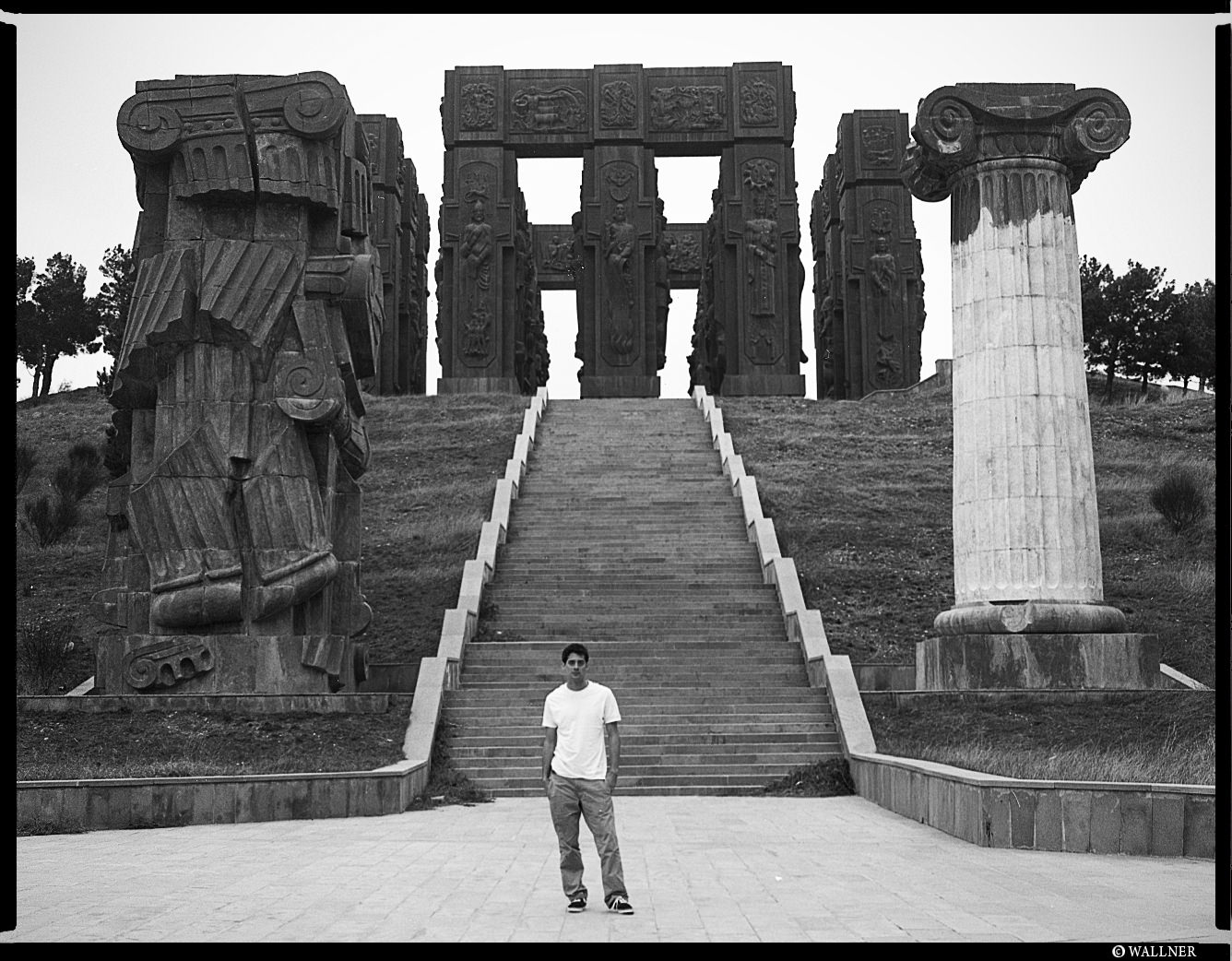 Reed pulling some Nosemanuals in Tbilisi. Kenny had the funniest slam on this pad, where he bailed and fell on his ass, and a second afterwards pulls out his phone from his back pocket, having us all think that he broke his phone, but at that moment someone called him, he takes the call like a champ. Perfect timing & hard to explain in words this funny situation. But we all agreed, that was such a Kenny move, just like flying to Xian from Kabul all the way around South east Asia!