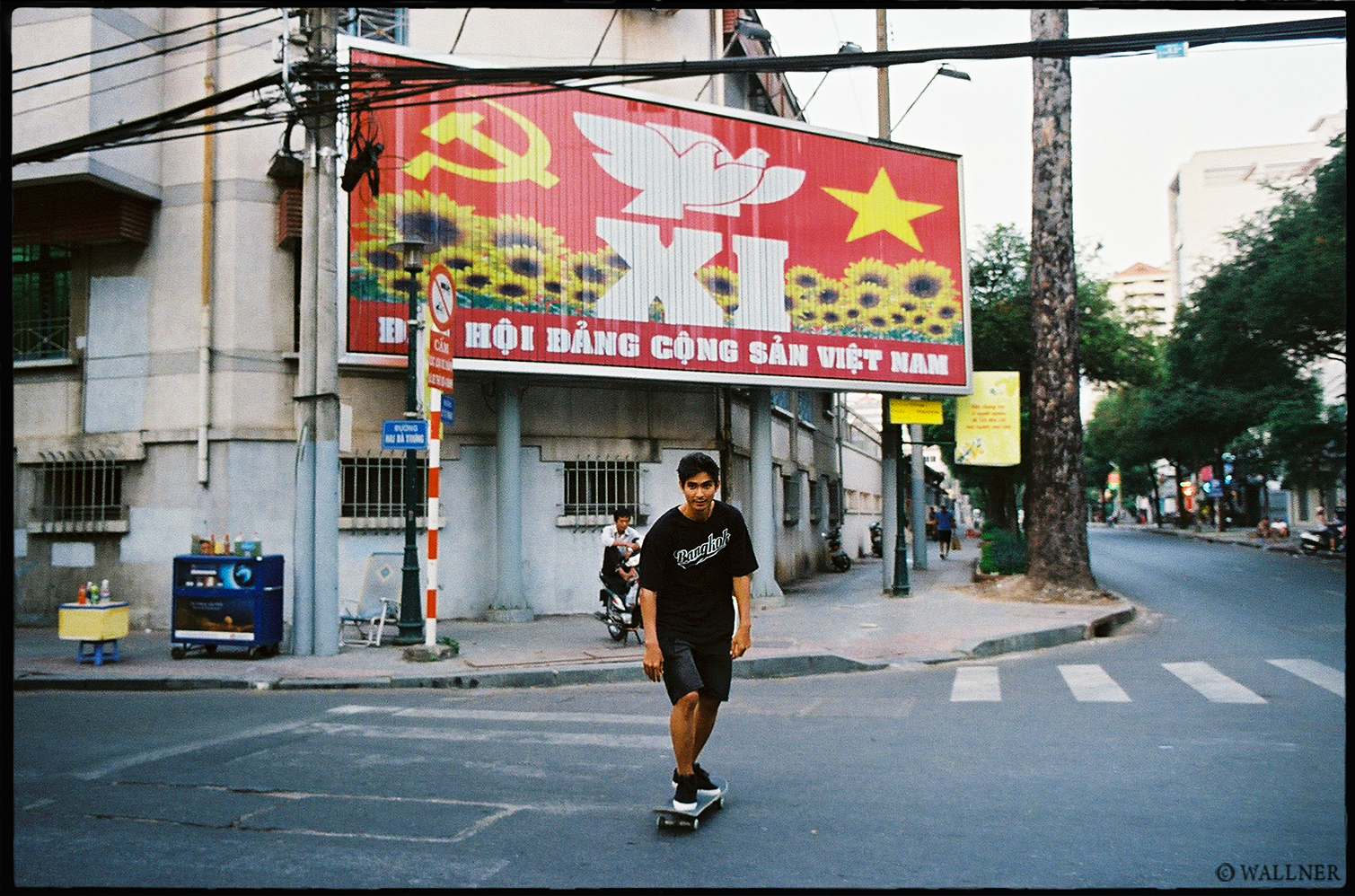 Now that I been living in Thailand for the past half year, I just felt obligated and committed to organize & document a continuation of our clockwise trail around the Eurasia peninsula. The 10,000 Kilometer journey from Moscow to Hong Kong (actually Sanya) didn’t end too far from the starting point of our sequel. The next leg of the journey would track us across four very diverse countries, Vietnam, Cambodia, Thailand and Myanmar. A documentary with a probable DVD release is in the works, so I will not try to expose much literally, but just portait some photos I captured when I wasn’t holding a video camera in my hands. 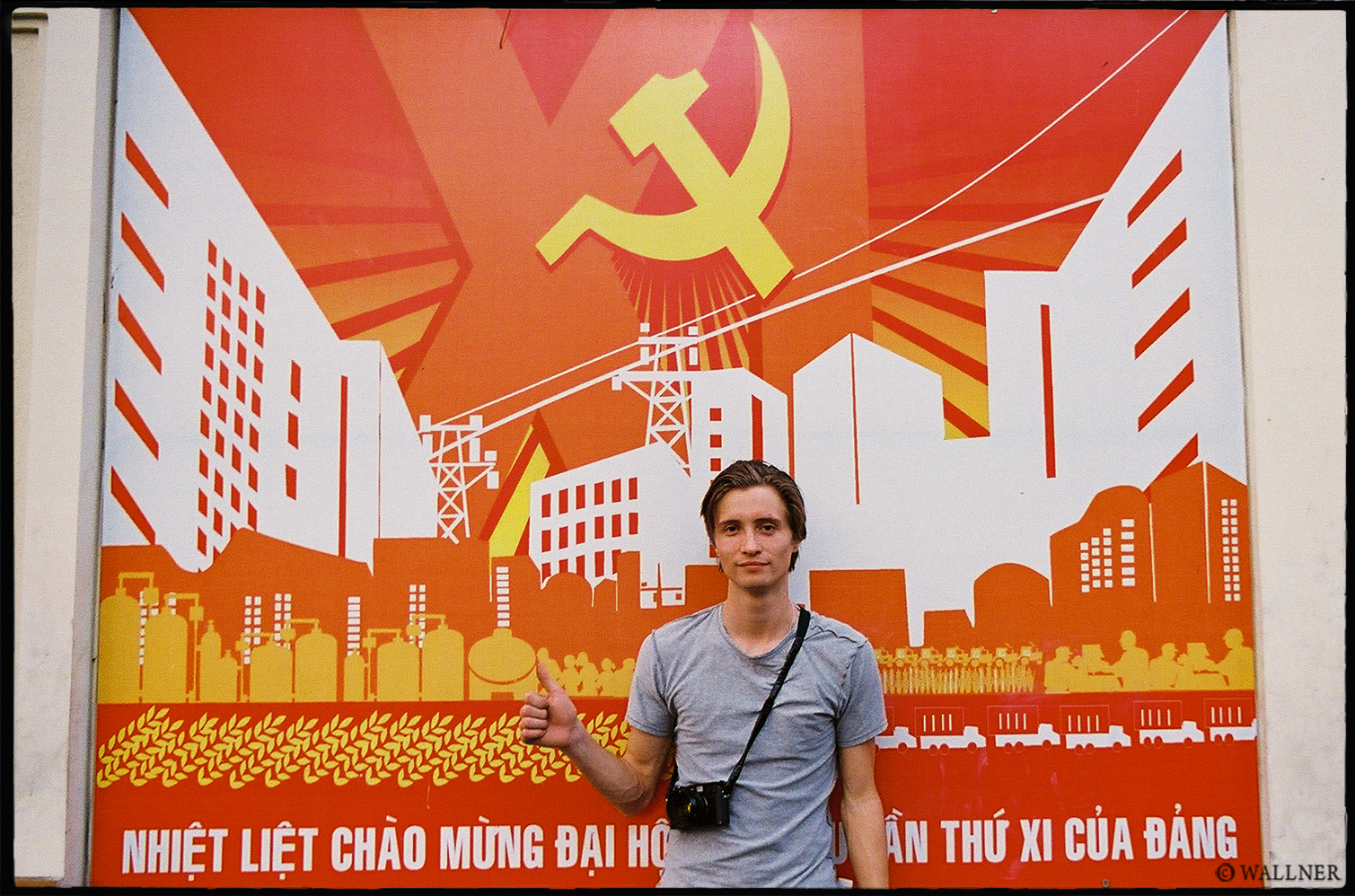 Having been in Ho Chi Minh already with Michael Mackrodt, Dany Hamard & friends while filming for Translations & returning after three years felt very thrilling. Riding mopeds through the chaotic streets or Saigon, taking row boats around the Mekong Delta and just absorbing the Vietnamese lifestyle during its Chinese New Year was something I wanted to experience once again. Also wanted to document the journey in a more detail perspective, than how I did
three years ago when I mainly focused on the skateboard tricks instead of filming behind the scenes. 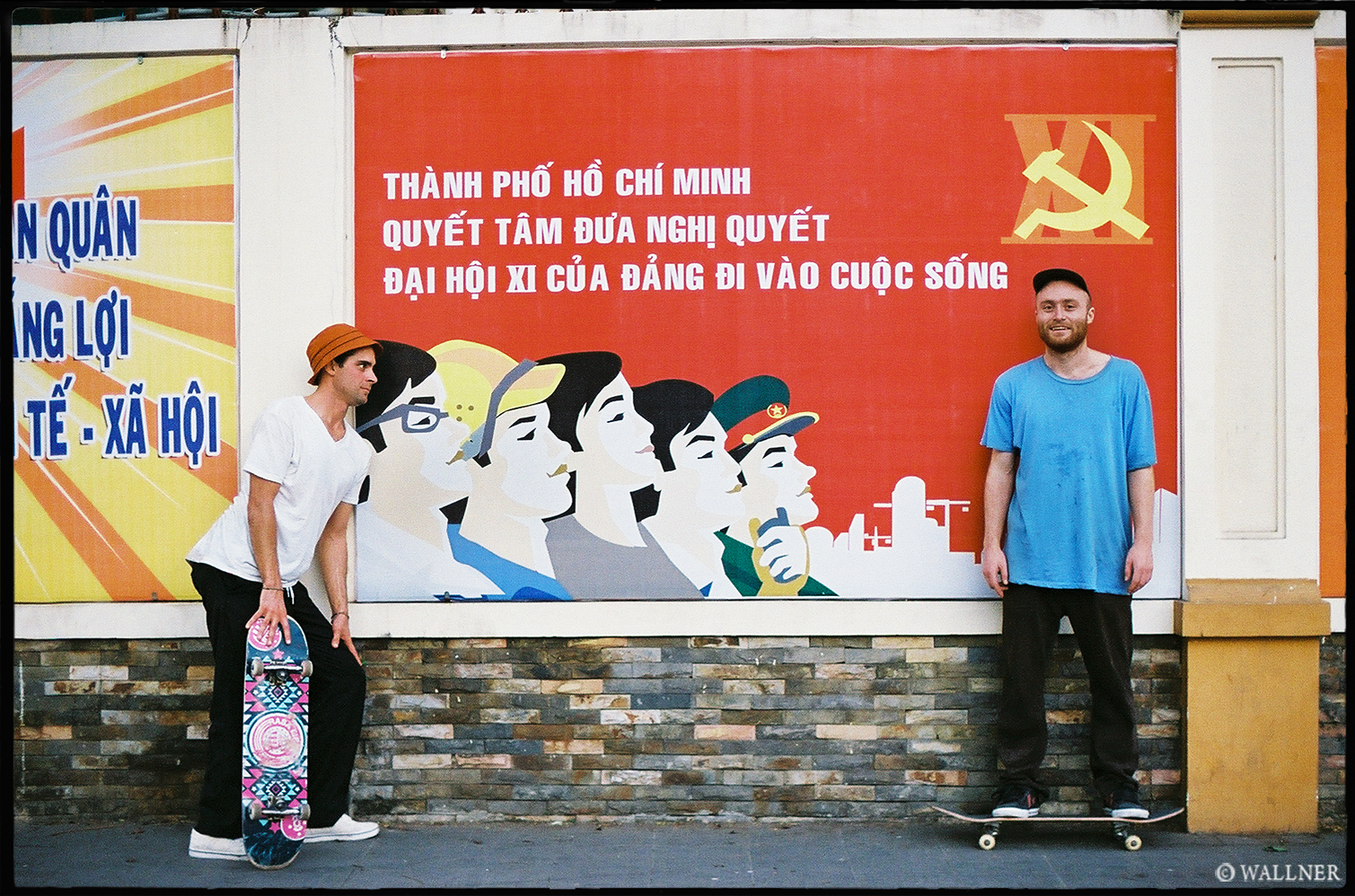 After visiting North Korea and having absorbed the endless communist Propaganda which pretty much holds the identity of the structure of its cities, it was fascinating to confront some socialist Vietnamese proselytism. From my last two times visiting North & South Vietnam, it just now shocked me the most seeing all the Propaganda after having been within the most extreme utilized communistic advertised state, the DPRK. It felt suspenseful being surrounded by red again, even though I don’t stand behind the concepts of socialism, since its an unrealistic ideology, it somehow feels exhilarating. 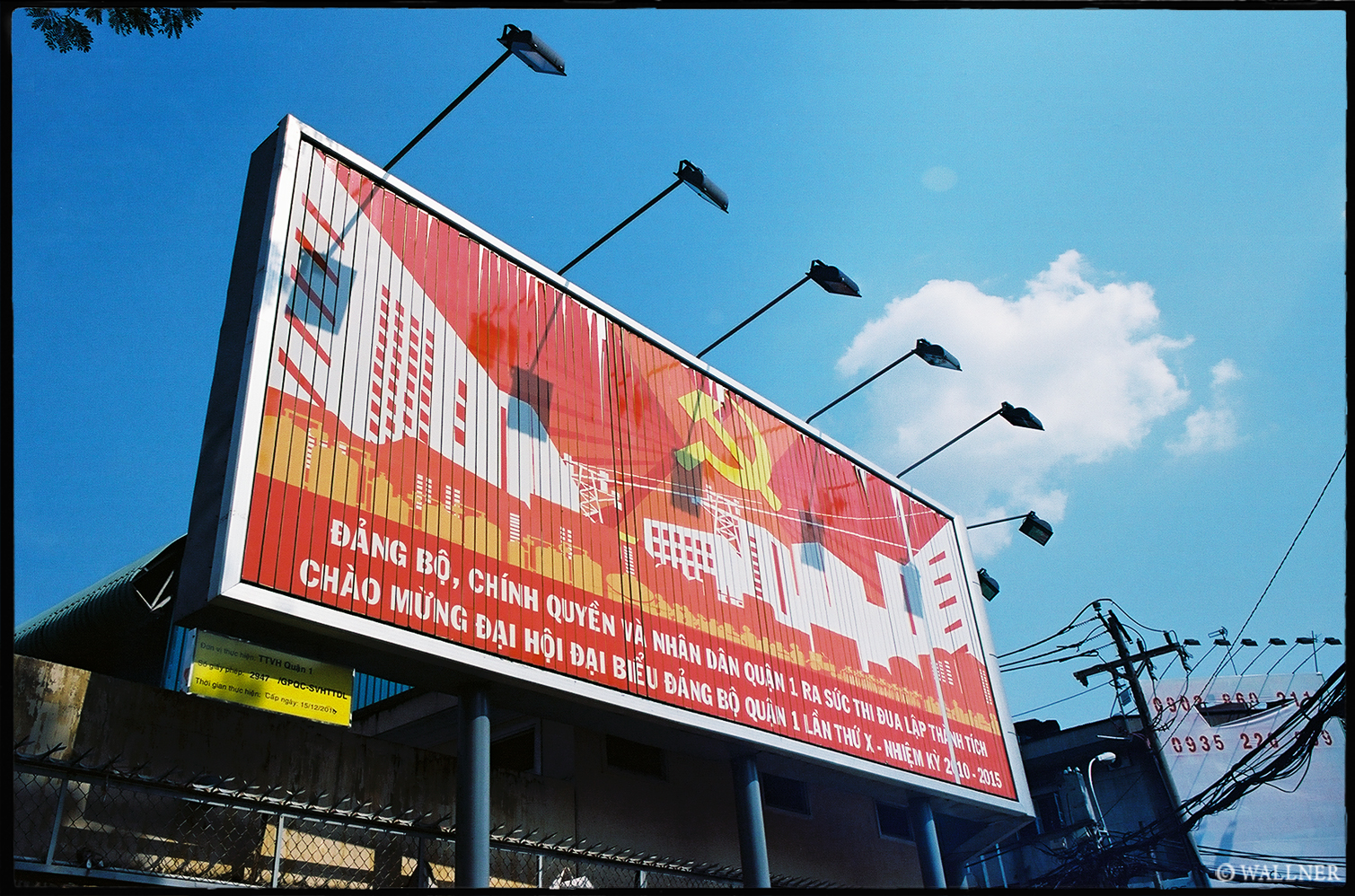 Vietnam used to be called Nam Việt. Vietnamese people originate from the Canton province (modern day Hong Kong & Quangdong). The word Nam meaning South and Việt representing the people. After gaining Independence from China around the eight century, Vietnam was untouched for a while until the French colonized around the mid 18th Century. Soon after independence once again, communism was spreading down south the Asian peninsula, and of course America, tried to prevent the red-scare which resulted in a decade of unnecessary casualties without an exit strategy. One of the top three most pointless wars fought by the Americans. They tried to prevent Socialism, didn’t quite work, check the four photos above, Propaganda is prospering. 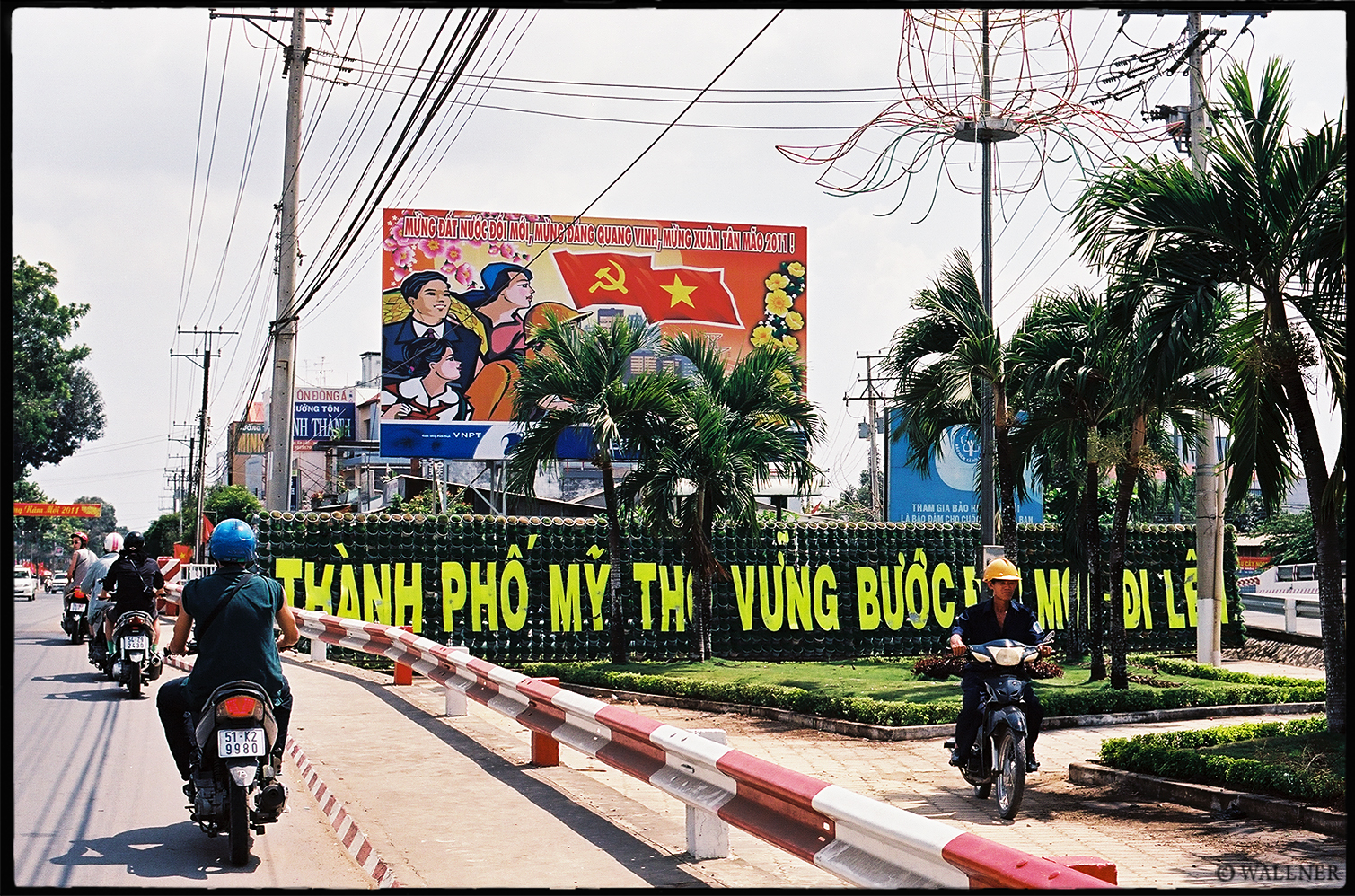 Driving motorcycles in Ho Chi Minh is a necessity & an adventure. We set sail down to the Mekong Delta, around two to three hours of driving in complete chaos was quite nerve whacking. Everyone was on point and focused on the surrounding traffic and luckily we were able to escape any accidents. But on the road back we did witness a crash, an older women was not moving, covered in blood surrounded by spectators. Quite shocking and sad, but that’s life in a country where almost half the population over the age of eight-teen owns a motorcycle. 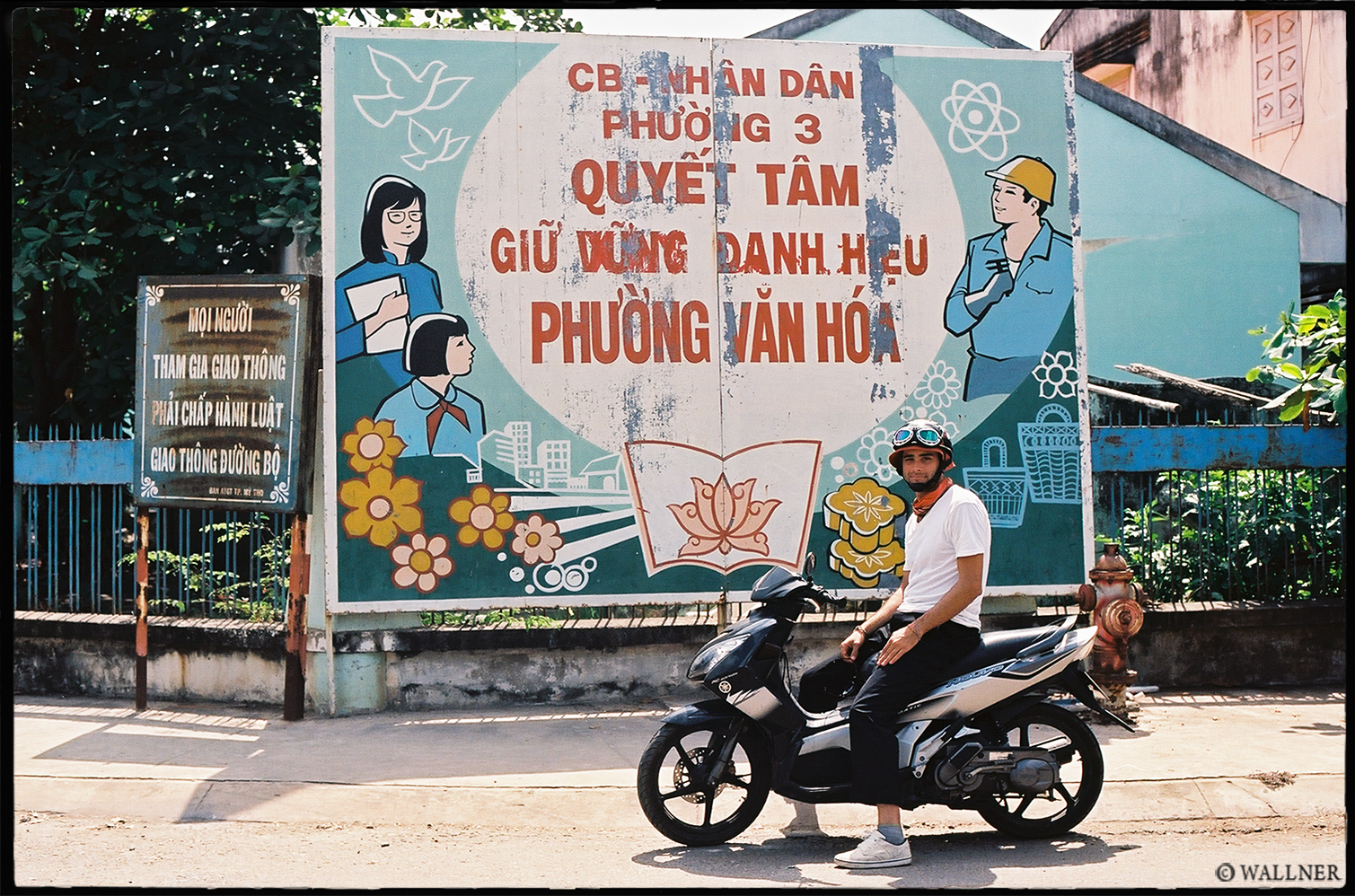 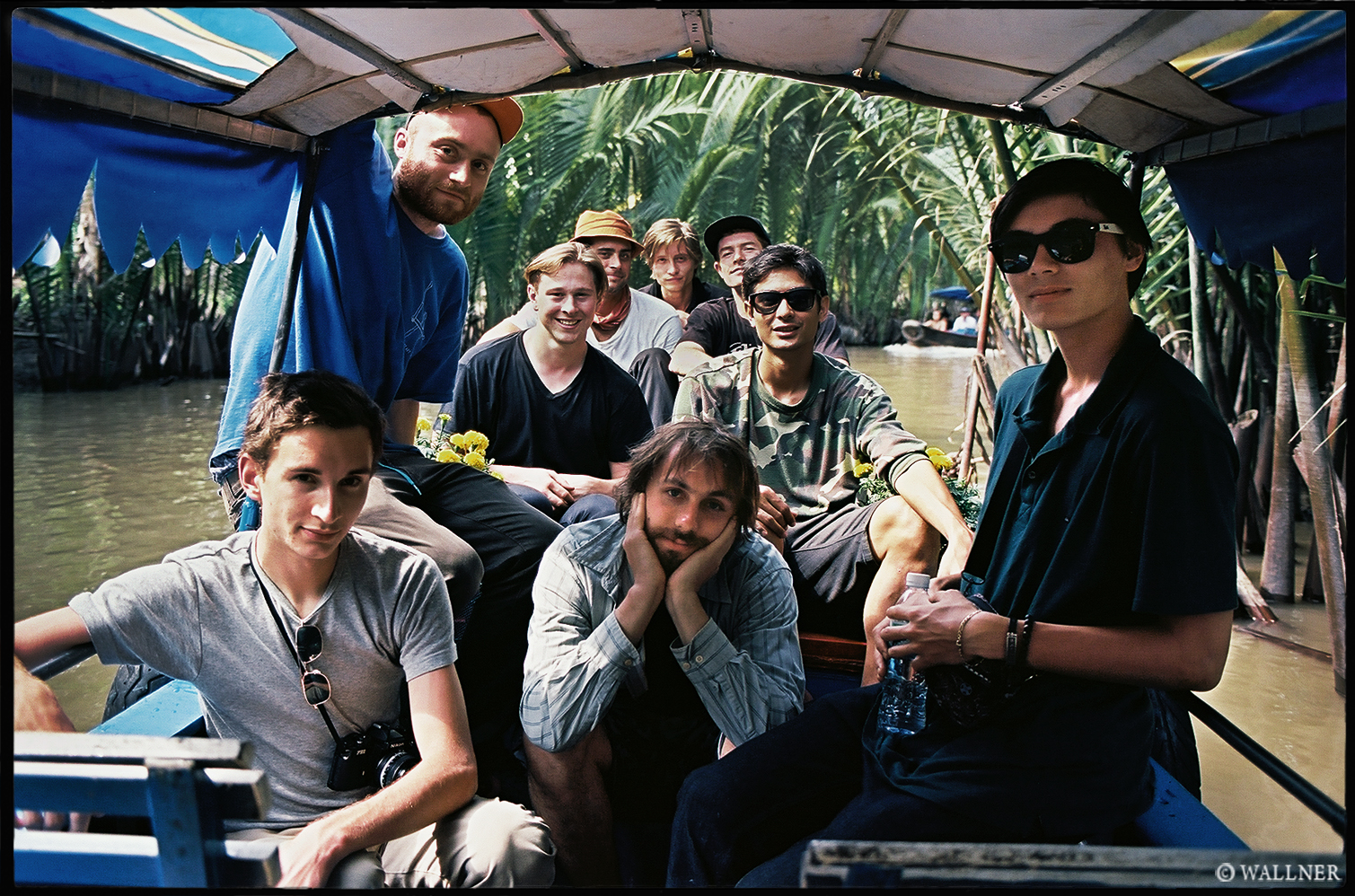 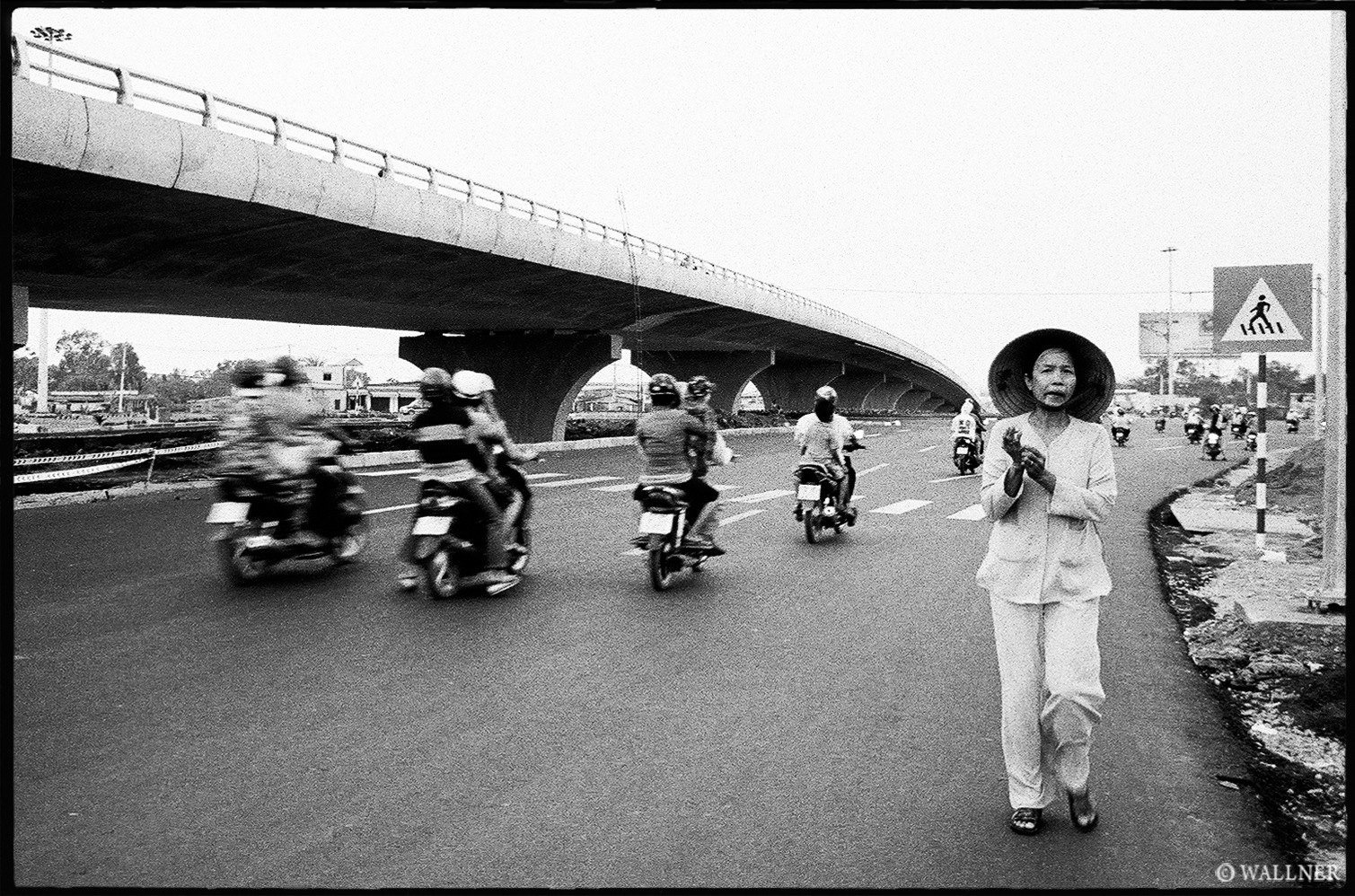 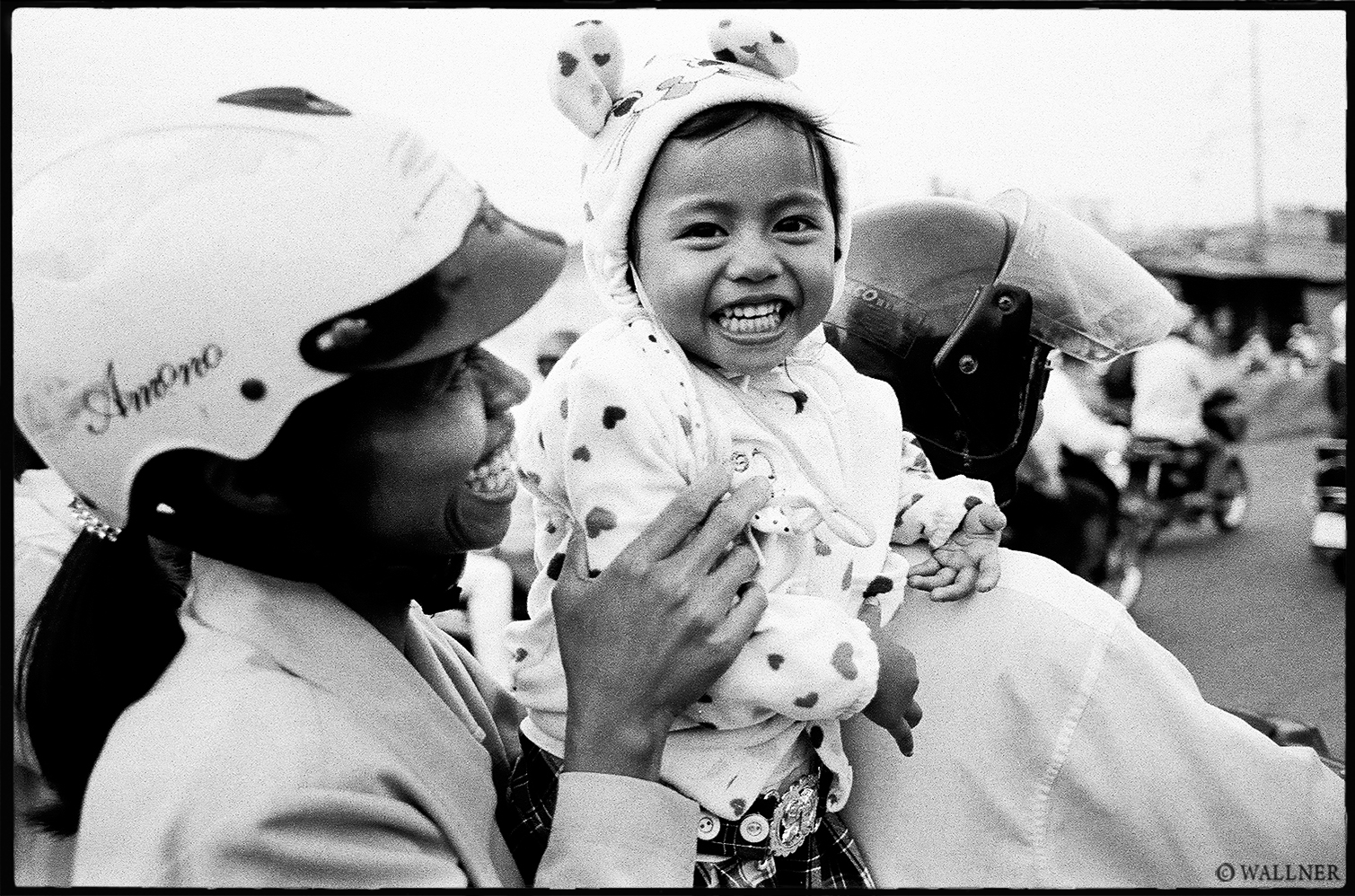 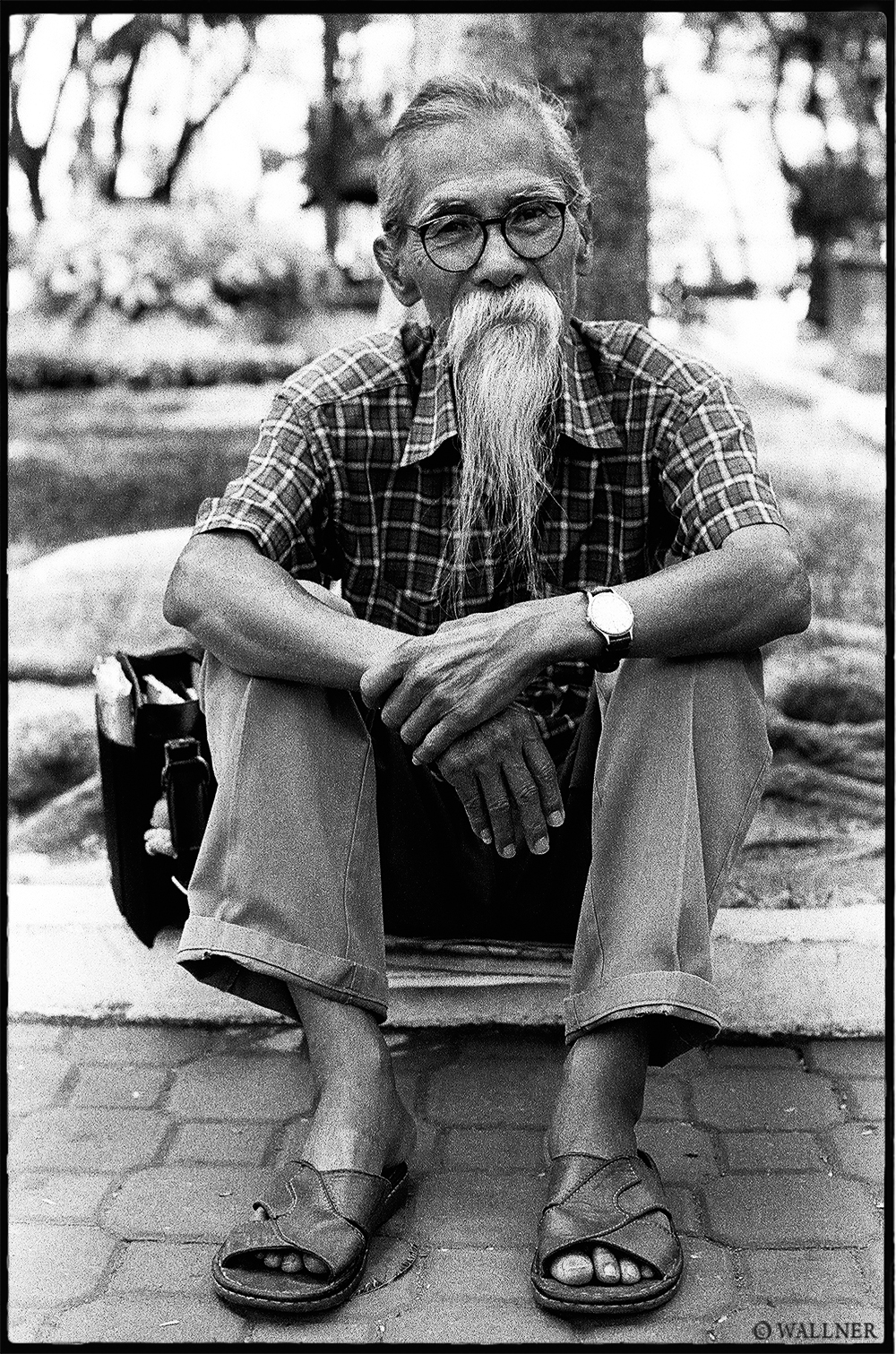 Miraculix of the East! 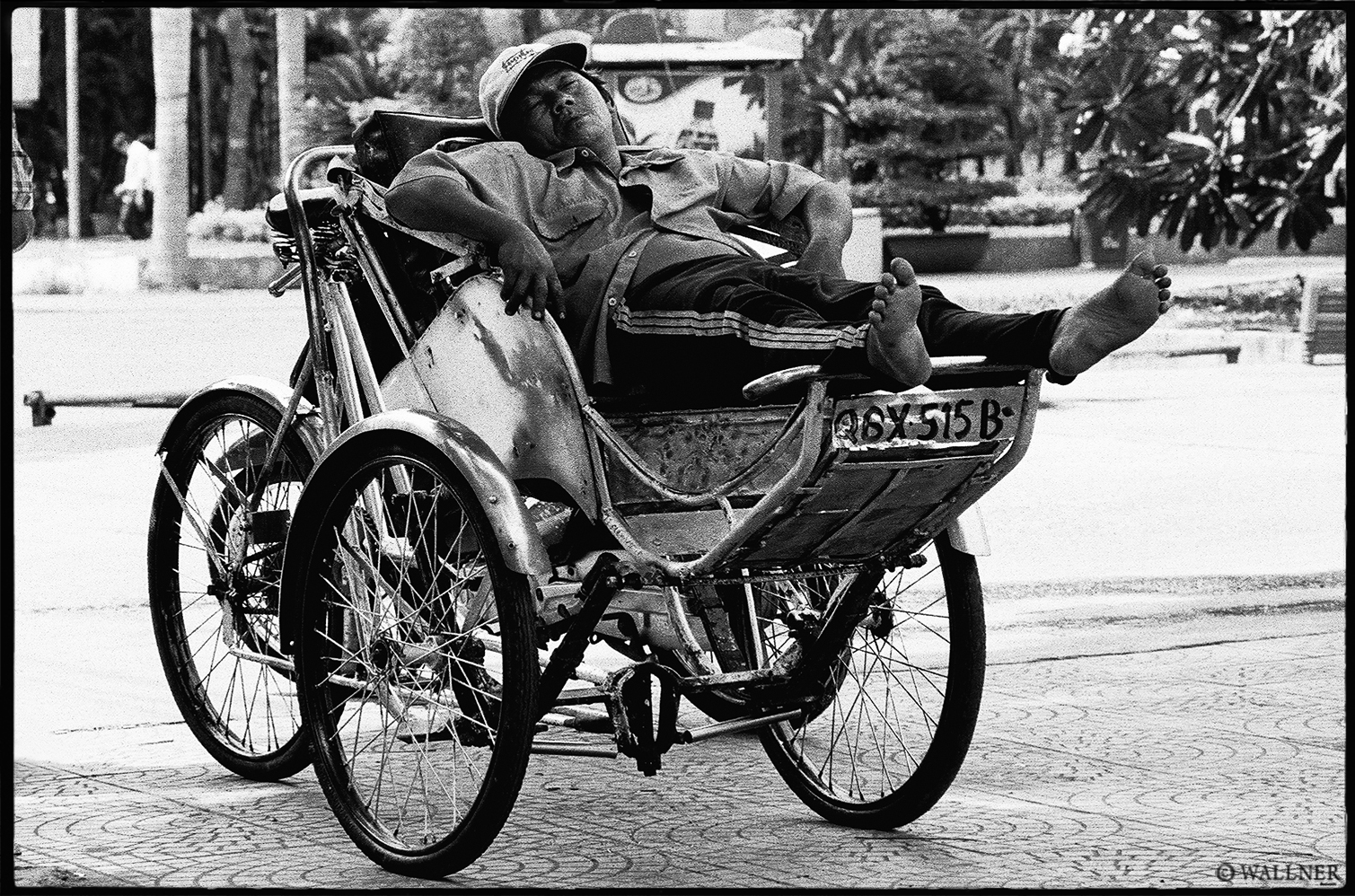 Siesta is not just an Italian tradition… 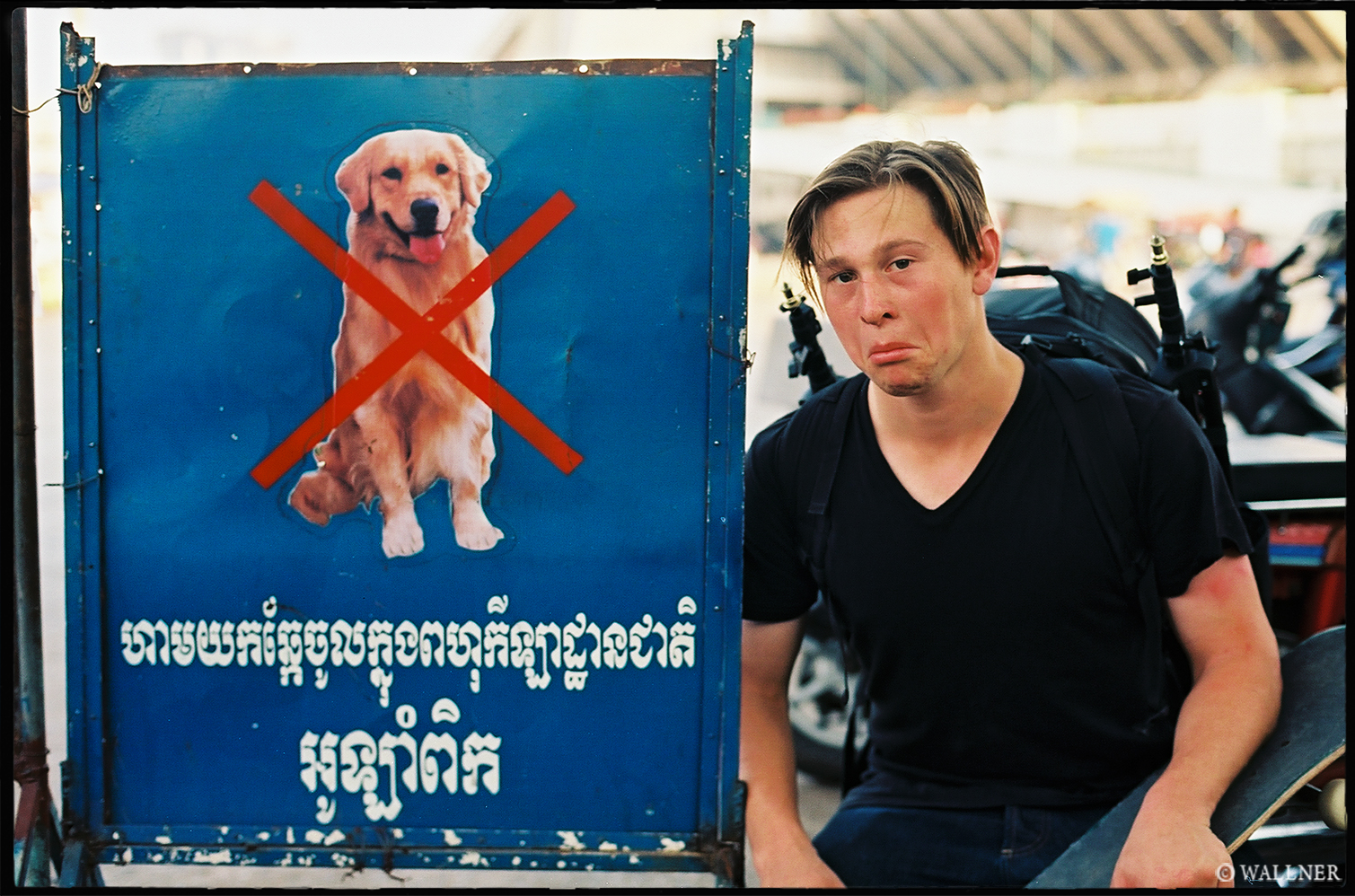 After a good week of filming in Vietnam, we headed west to the capital of Cambodia, Phnom Penh, where Golden Retrievers are not as welcomed as Brian Kelley from Upstate New York… 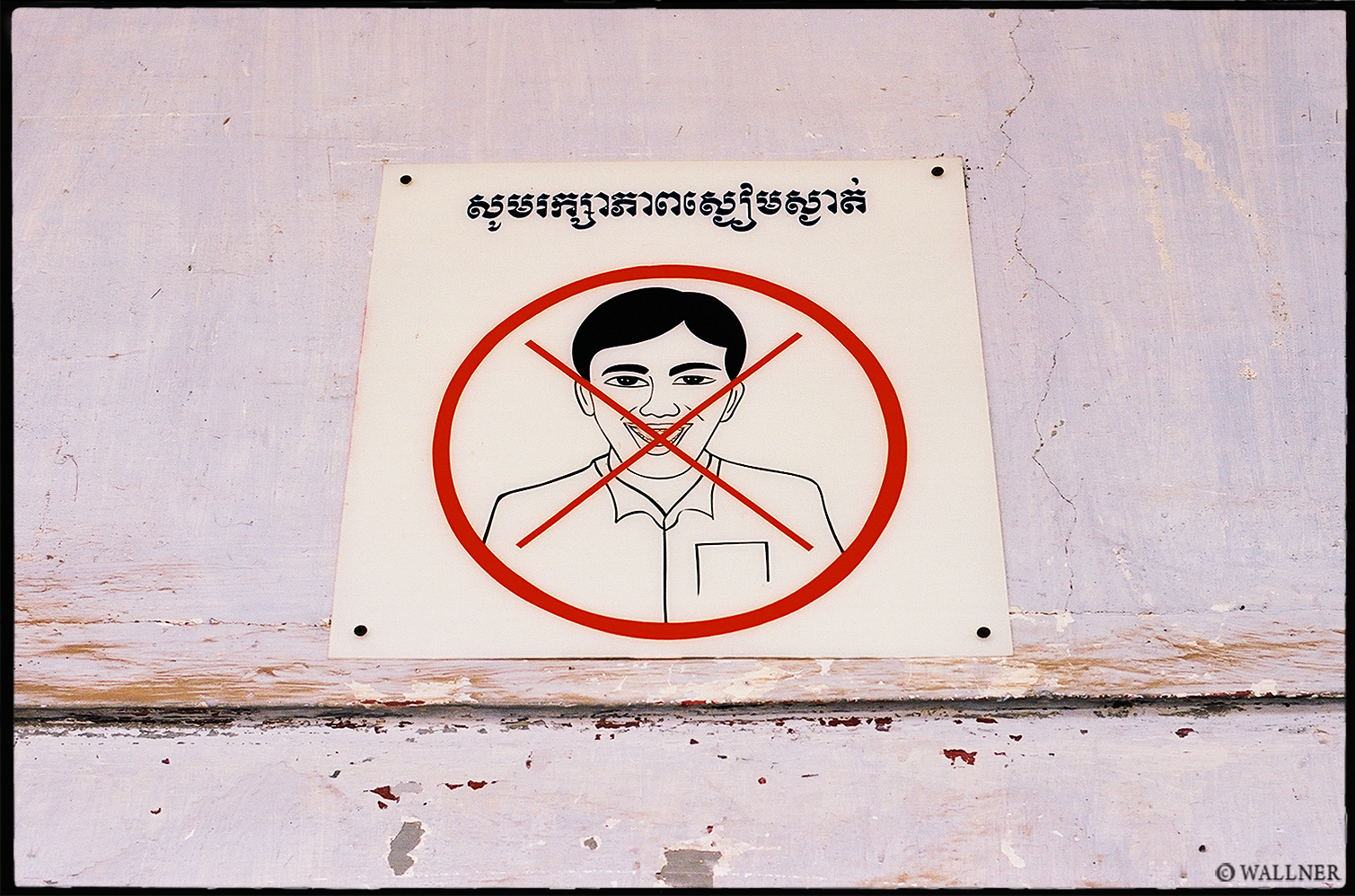 Smiling is also not allowed… By that I don’t mean within the entire country, but only at the Pol Pot Genocide Museum, which is entirely acceptable regarding what the Cambodian population went through during its dark years in the late 1970s. Pol Pot’s goal was to establish agrarian socialism within the Kingdom, which would dissolve modern ideas & technology and set Cambodia back to its roots, an ancient civilization. During his three years of cleansing, he murdered 1/4 of the Cambodian people, and was finally stopped by Vietnam in 1979 when he attacked villages on Vietnamese grounds out of paranoia. Without the Vietnamese interference, Pol Pot’s Khmer Rouge could still possible be in full effect today, similar to what North Korea is going through for the past half a century. 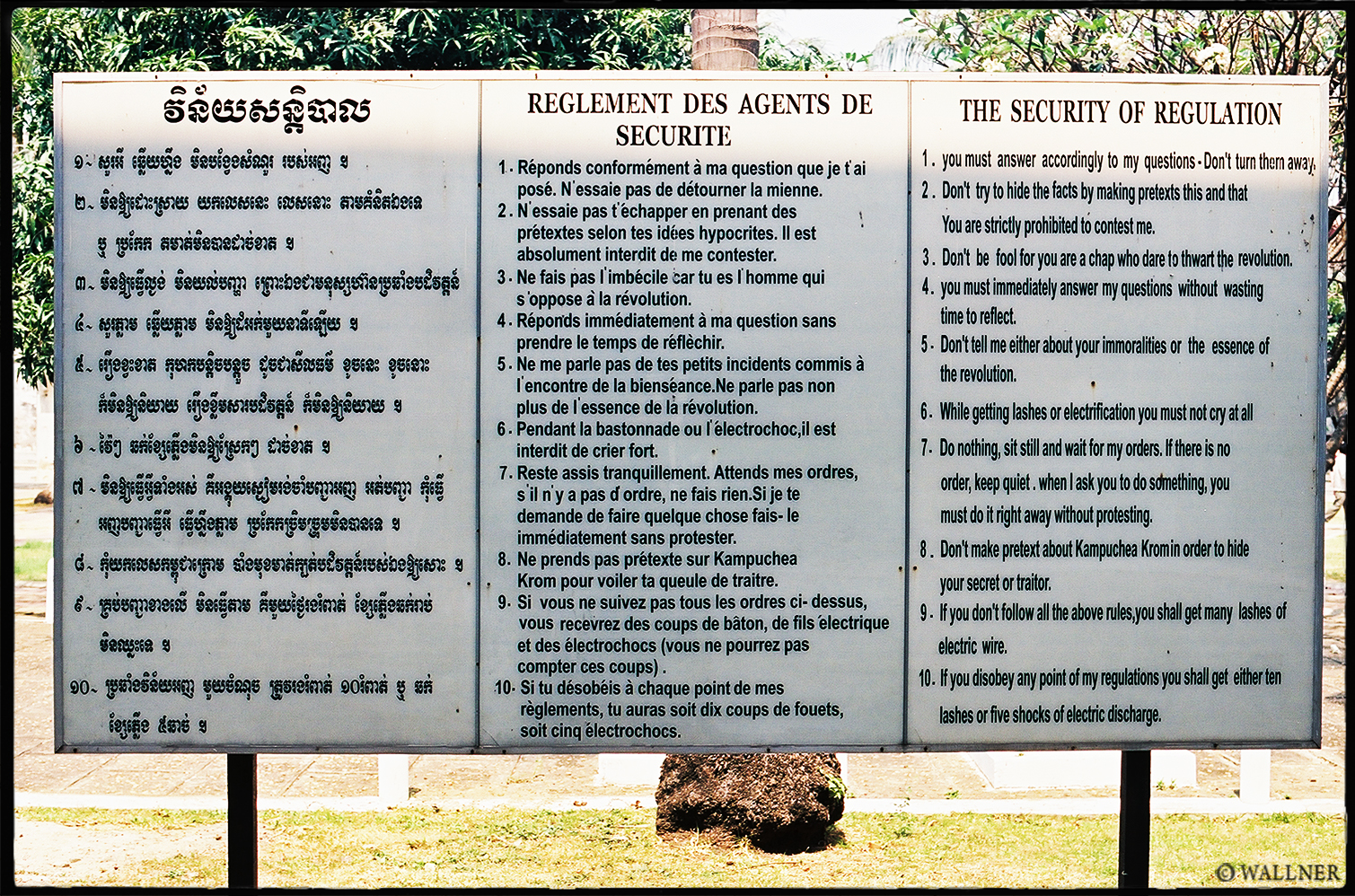 The rules to survive within the interrogation camps. 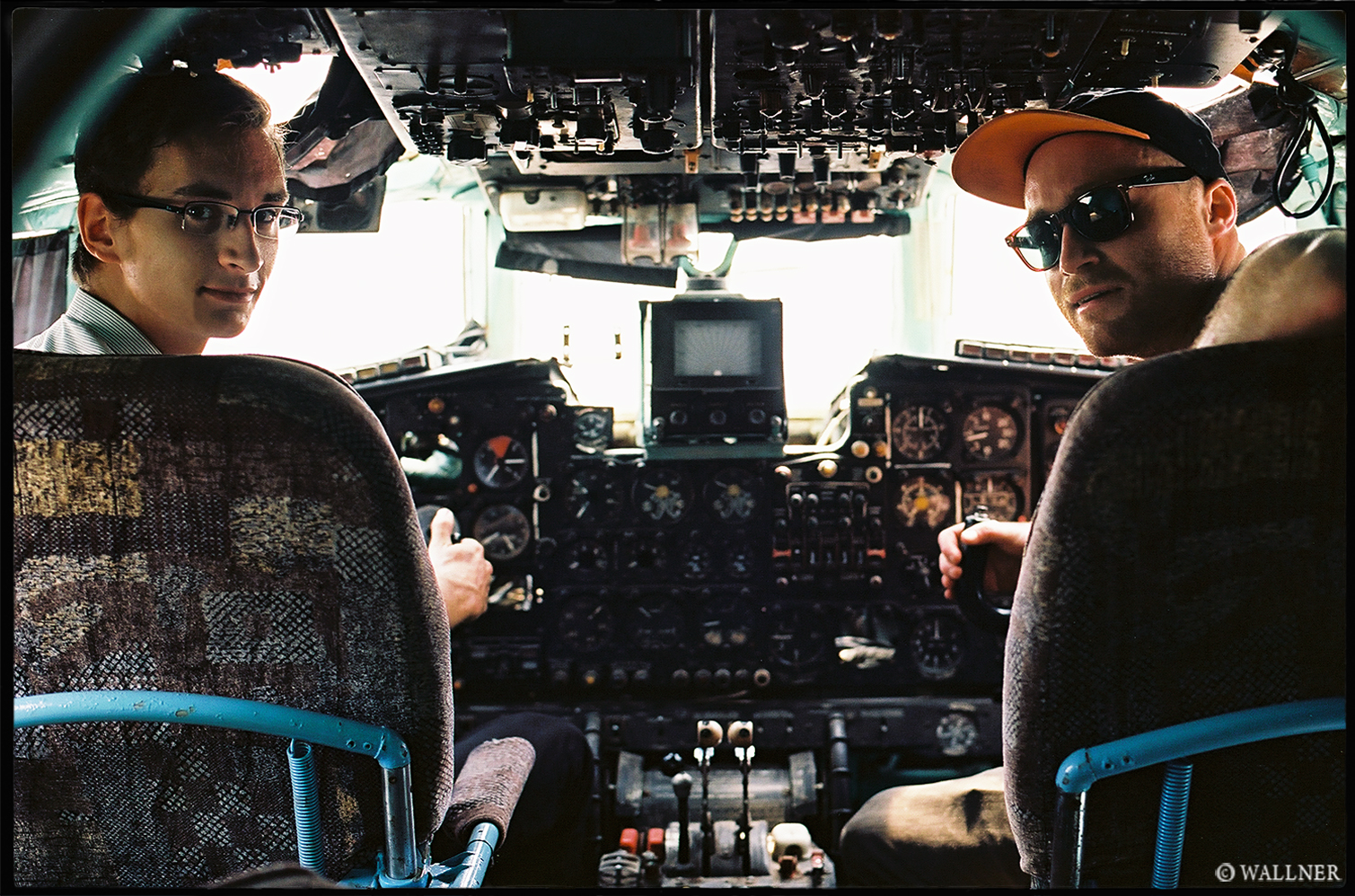 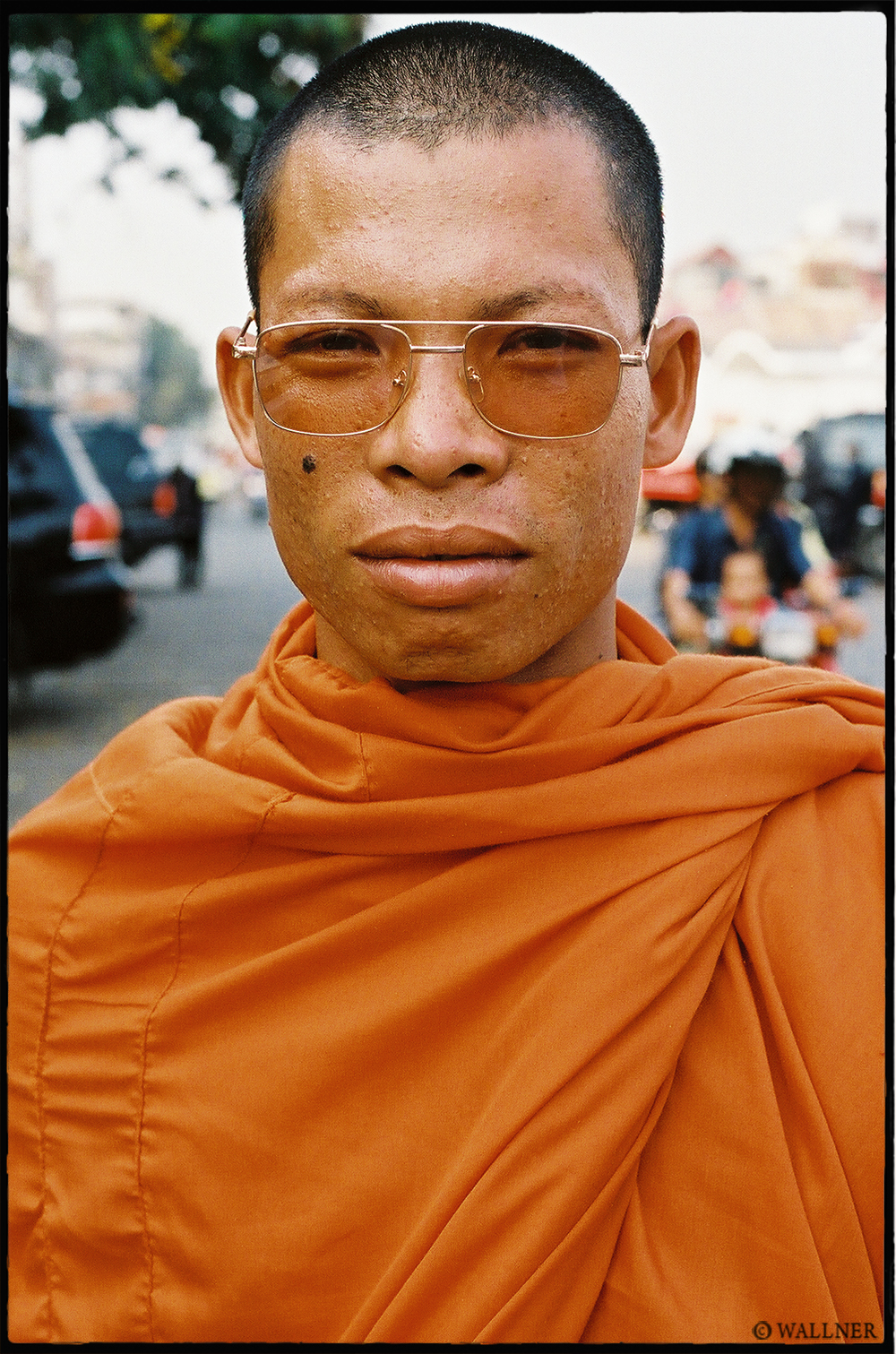 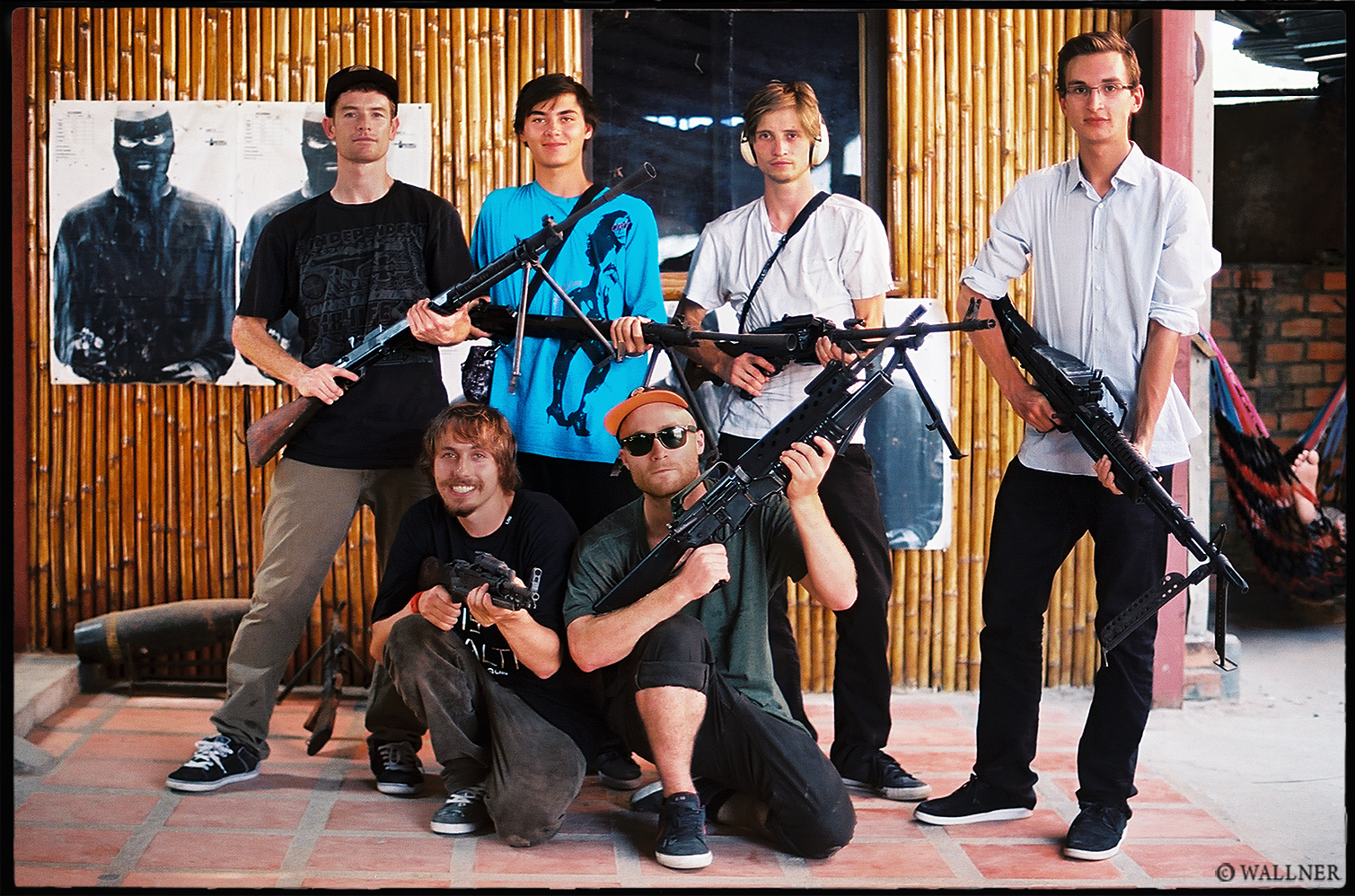 More about this in the upcoming documentary! 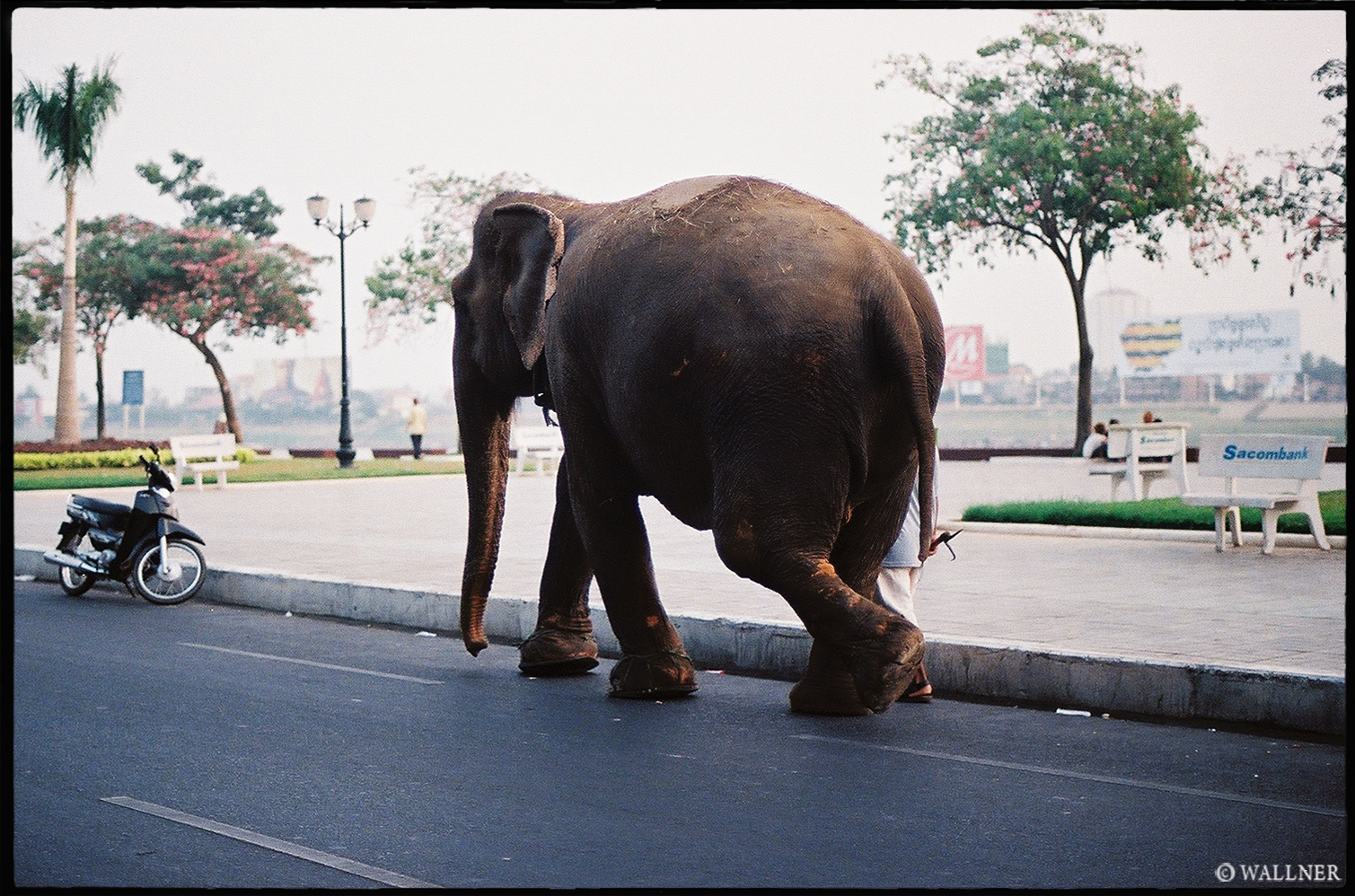 Elephants or Chang’s are the chosen ones within the animal kingdom to represent Thailand in an exotic, tremendous, humble and peaceful manner. Nor the Tiger or the Turtle which are also very acknowledged animals within Siam (Thailand) can compete with the popularity of the Elephant. But just recently a Chinese panda was born within a Thai zoo, which resulted to an outburst of curiosity. Everyone in Thailand has once seen, touched or feed an Elephant before. But having a panda being born & being able to watch it live twenty four hours a day, seven days a week on a private owned channel set off a fuse within the Kingdom. Elephant supporters opposed the polar switch to the new born king which would downgrade the Chang, which has been the icon for centuries. Meanwhile the kids just wanted to see a small black and white doted bear pop, shit and sleep on national TV. 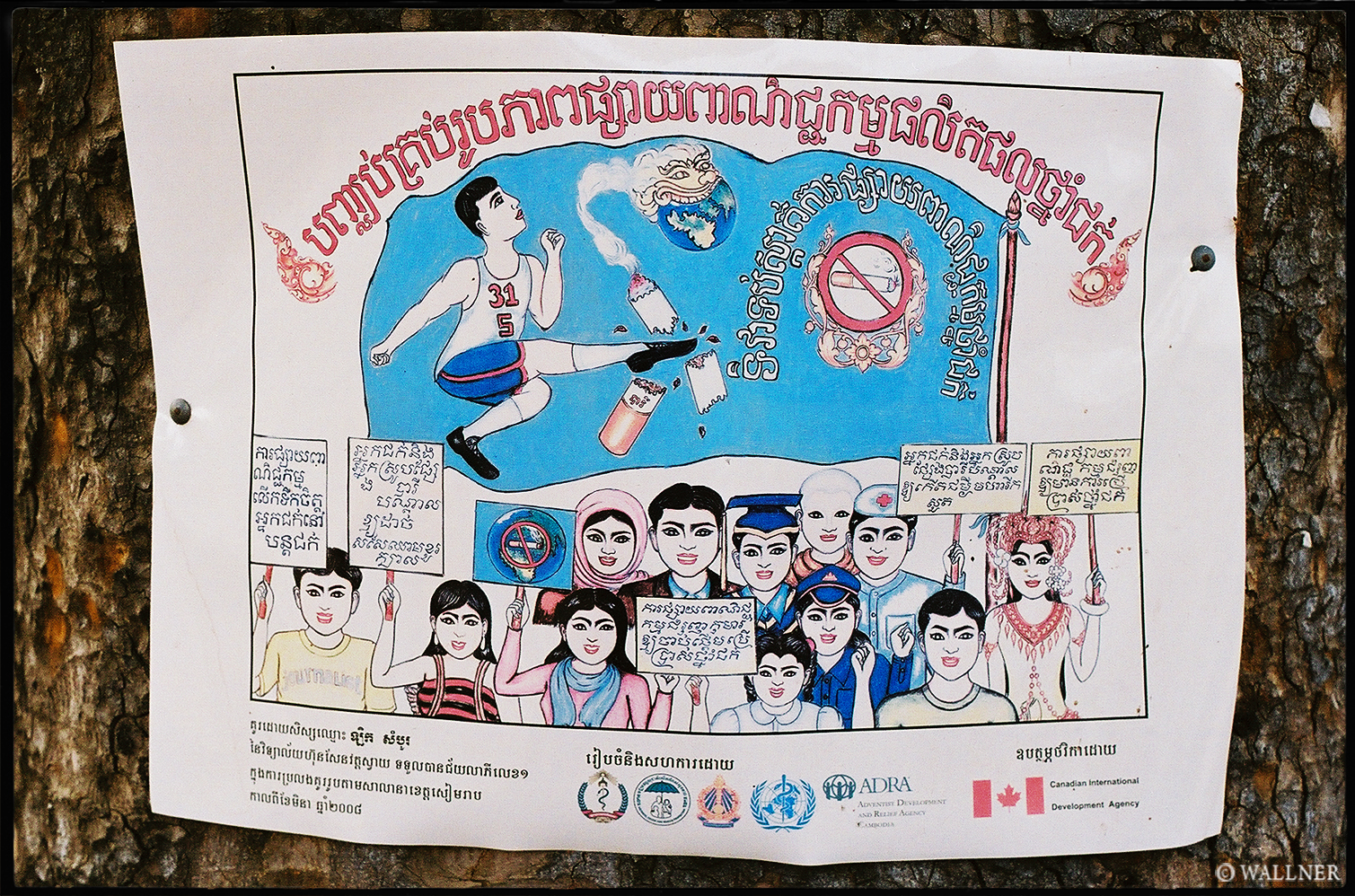 Kickin’ the habit in Cambodia. 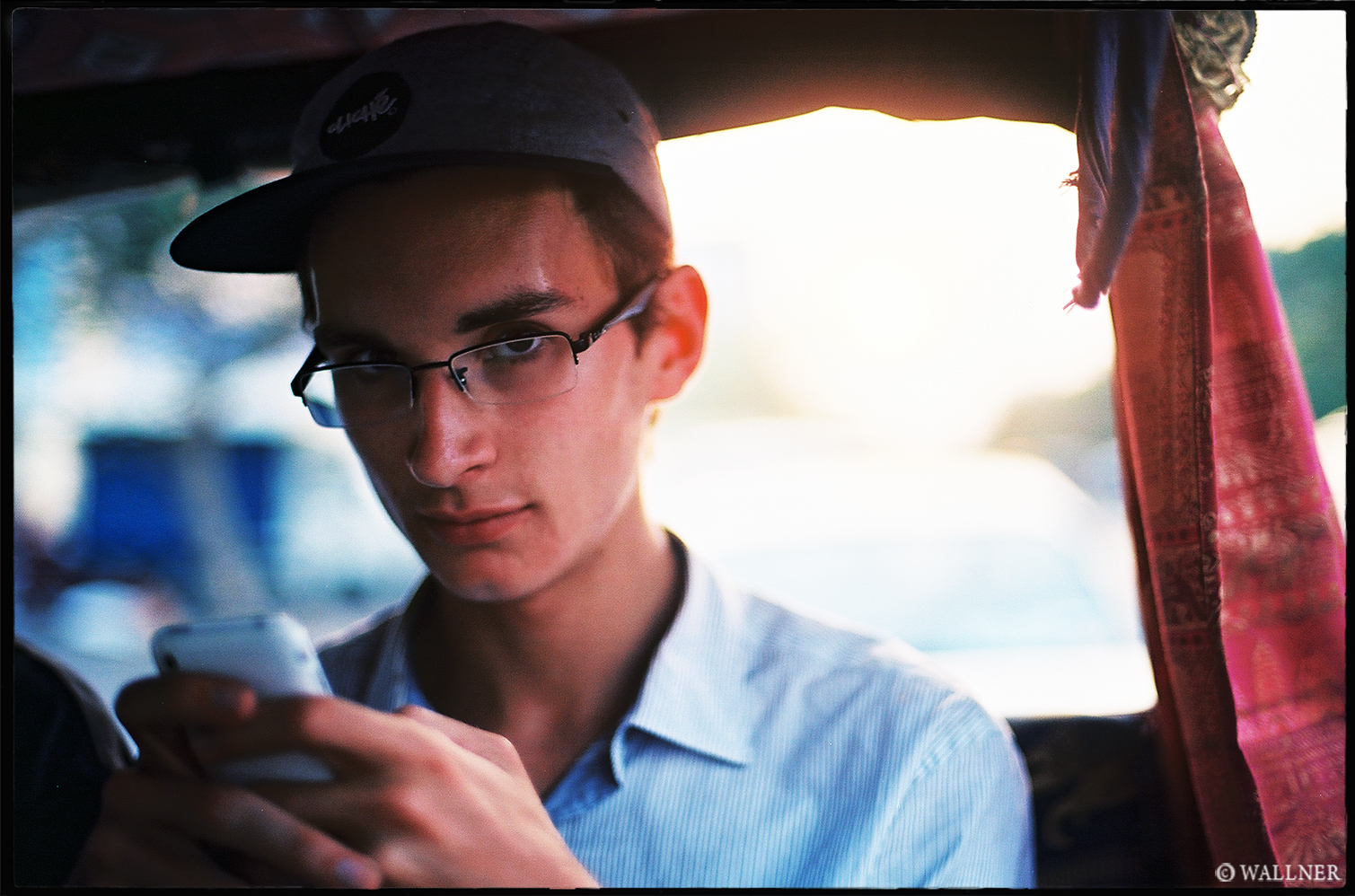 John Tanner is accustomed to Mac products. If he is not kickflipping into banks avec stylé or eating a proper British breakfast, he is looking for that Wifi within Khmer-browser-space. 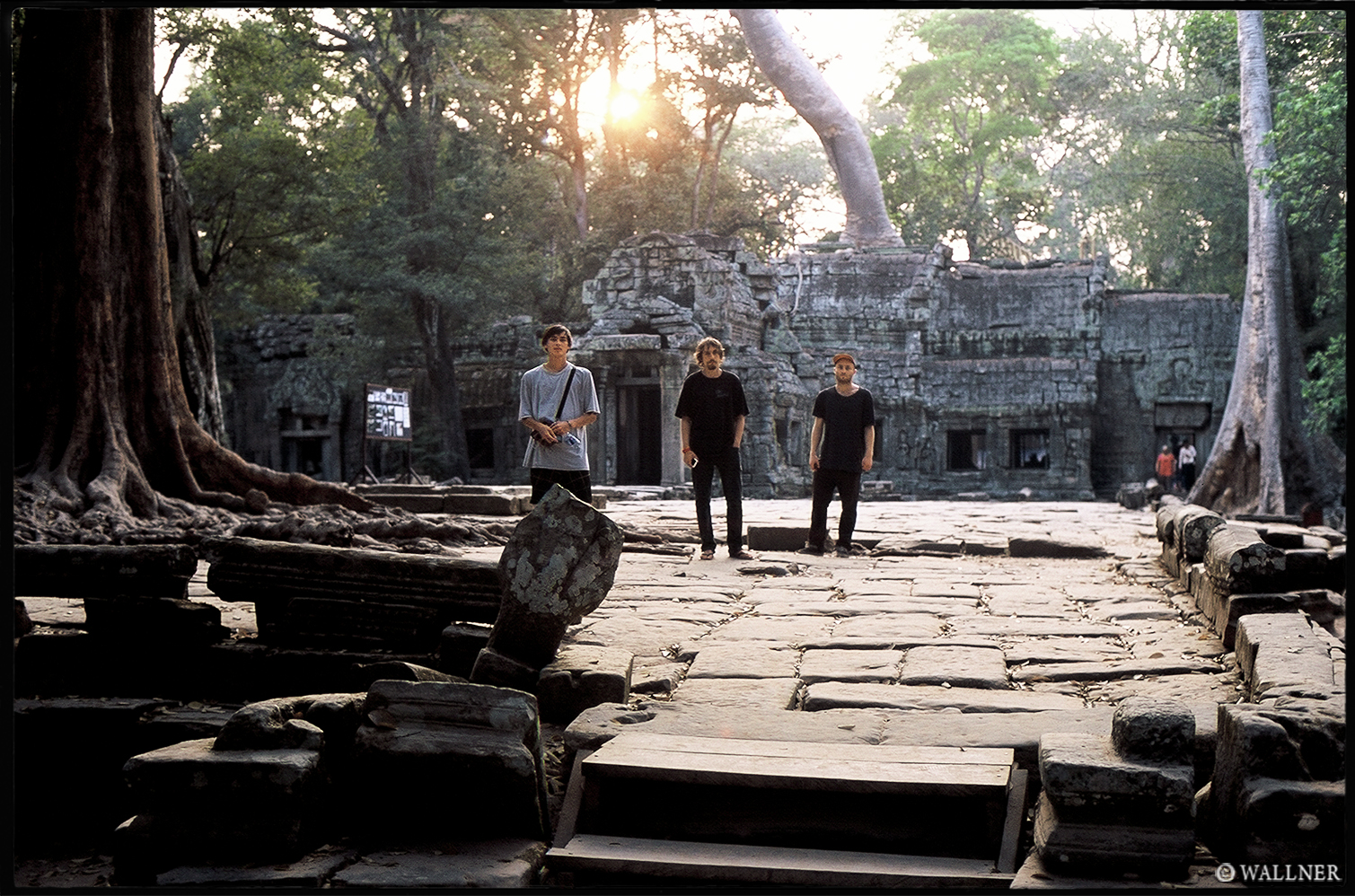 No one is allowed to enter the Kingdom of Cambodia without at least stepping foot onto Angkor Wat. The ancient ruins which are spread around the outskirts of Siam Reap is known to be the largest religious site on this planet.